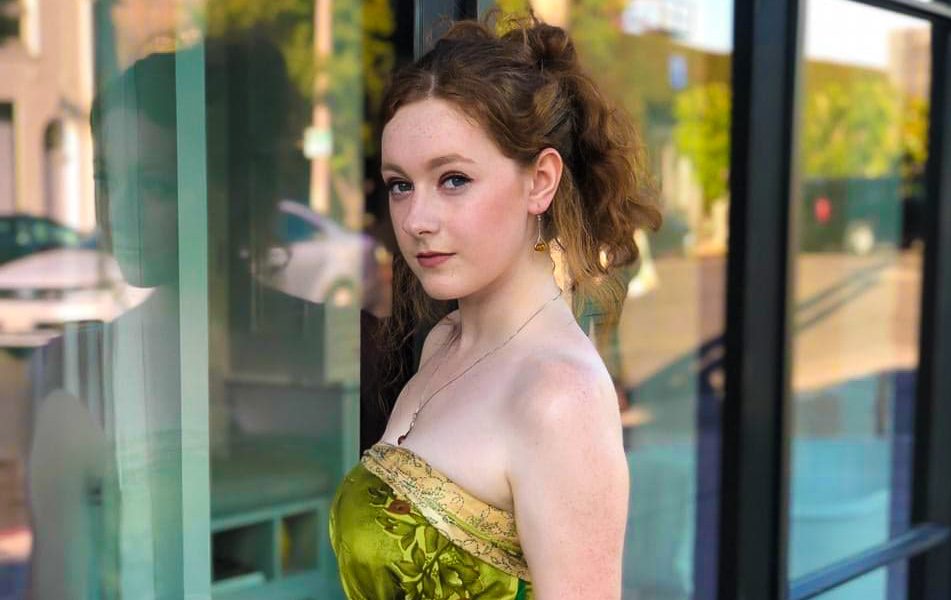 Today we’d like to introduce you to Emily Kruse.

Emily, please share your story with us. How did you get to where you are today?
I’m an actor and writer from Australia, a Shakespeare fan, an empath, a macaron baker, and – newly – a producer. I’ve wanted to be an actor since I was tiny; any career I considered other than acting was because someone in a film was doing it and I wanted to be in the film (shout out to Bend it Like Beckham for the four weeks of exercise I’ve done in my life.)

I have a Bachelor of Arts in Creative Writing, where I was able to explore my interest in uncovering the private, distinct core of people by using specificity and blurring genre. I focused on the combination of journalism and poetry – journalism because you dig deep to find specifics, and poetry because sometimes there are feelings and experiences that are communicated better through unusual phrasing or rhythm. My desire to get under the surface and uncover the vulnerabilities of human beings and the detail of their stories is what drives me as an actor also. Both selfishly, because it’s fun to experience so many different lives, and unselfishly as I think that when people are allowed to see into the heart of others that are unlike them, they learn empathy.

I loved L.A. the second I arrived. I moved straight into a house of actors – five of us in total – which made the transition very easy. We’d help one another with anything from self-tapes to self-esteem. There were evenings in our living room, under the glitter-covered ceiling, where we’d watch the Oscars together, get ready for each others’ premieres, support someone after a stressful class, and make fake plans to do a reality series called Five Actors and a Cat. It was a soft place to land in what is arguably a pretty difficult city. It’s also how I met one of my co-producers on our new series, Pretty Restless.

Great, so let’s dig a little deeper into the story – has it been an easy path overall and if not, what were the challenges you’ve had to overcome?
When you want something like an acting career – something that is not guaranteed, you have to learn to manage your time and your energy. You are on your own schedule, there are no school holidays or weekends, and you get better the more time you put in. But it’s not sustainable for your health or your mental health to go at it 24/7. I ran into a friend at a café recently and she told me she was going on a vacation for the first time in years and that it just occurred to her why everyone in L.A. is insane– taking a break doesn’t even feel like an option.

I think for anyone in this industry the challenges are equally practical and mental. Balance is so tricky to accomplish. You have to work to support yourself financially, but that takes time away from the craft. On top of that, managing the time you put toward developing extra hobbies and skills is near impossible to get ‘right’. I’ve started silks classes, horse riding, I’ve always sung and danced, played instruments, spoken languages – all of which help further you as an actor and develop you as a person but it’s not feasible to give hours and hours to each of these, AND work on acting as a craft, AND support oneself financially. My biggest challenge has been to stop trying to get it ‘right’ and find the perfect answer, as it doesn’t exist.

What do you do, what do you specialize in, what are you known for?
I’ve done various commercials, short films, and theatre, in both Melbourne and L.A., including a show in the Melbourne Fringe Festival. The most recent work I’ve done is a web series called Pretty Restless that I co-created with two friends. It’s in its final stages of post-production right now and has been a lot of my focus for the past year. Sammie Litten, Vivian Nweze and I wrote, produced, acted in and directed the series.

Pretty Restless is a teen Dramedy that follows three friends in their senior year of high school as they navigate that edge of adulthood and find their relationships with each other and their identities changing.

As both an actor and a writer of the series, I found the intersection between the two roles interesting. As a writer, I use a range of character development techniques, including Pinterest boards for every character I ever write. This meant I’d done script analysis and character analysis before I got to prepare as an actor and I already knew my character, Mia, inside out. It was a new experience having to take a script as if I hadn’t written it and do the same analysis I would usually do – trying to see if there are links I hadn’t made consciously.

I loved juggling the different roles. It made before and during the shoot varied and busy. During the week of filming it was 3 am bedtimes and 7 am starts – collecting props, running to Ralphs for last-minute set dressing and food, throwing a cake in the oven for crafty, standing near people who were unloading gear, signing in the actors. I would come from assisting with wardrobe to straightening my hair on my bedroom floor – ignoring the smell of it burning while I made directors notes on the script and ran my lines. We wrapped at around 1 am every night, packed up, debriefed, and got ready for the next early start.

What moment in your career are you most proud of?
I’m proud of writing Mia to be a multifaceted character whose blunt wit is as much a part of her as her naivety. I really didn’t want her to be a stereotype; I wanted her to be as close to a real, inconsistent, layered person as possible.

I don’t know whether it’s pride so much as professional satisfaction but I’m also really thrilled to have been in two short films and a web series in my first year in L.A., working with actors and directors and editors who I have admired previous to working with them. 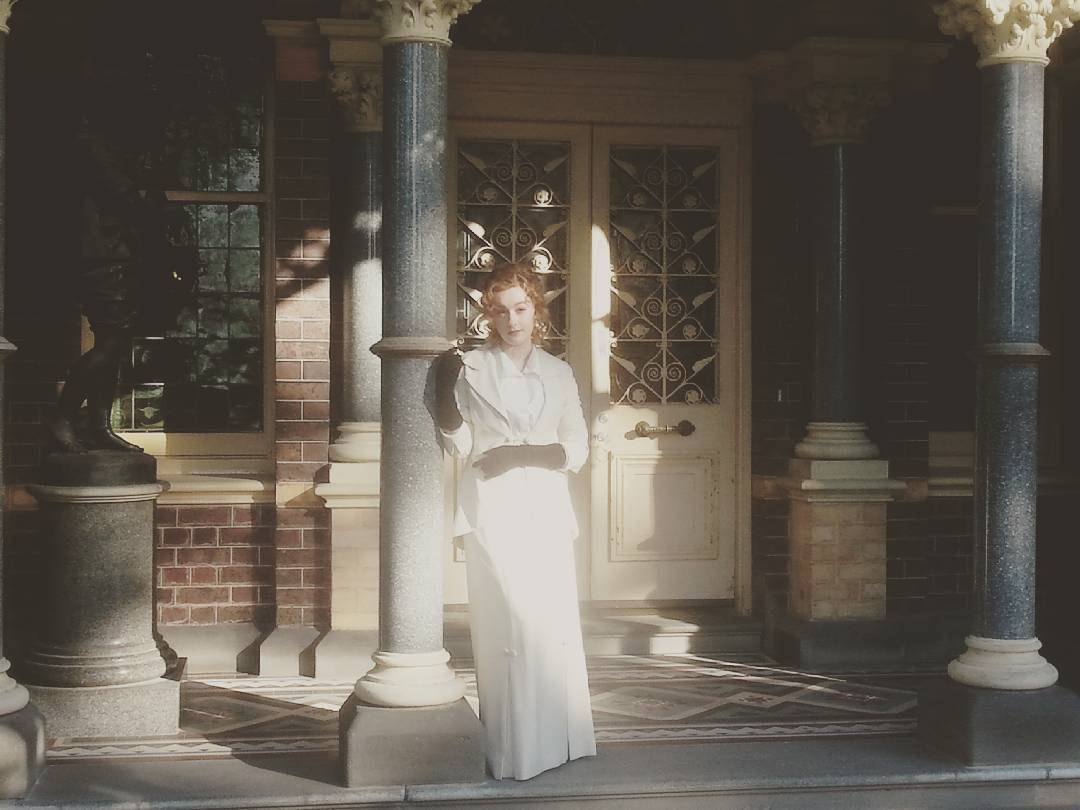 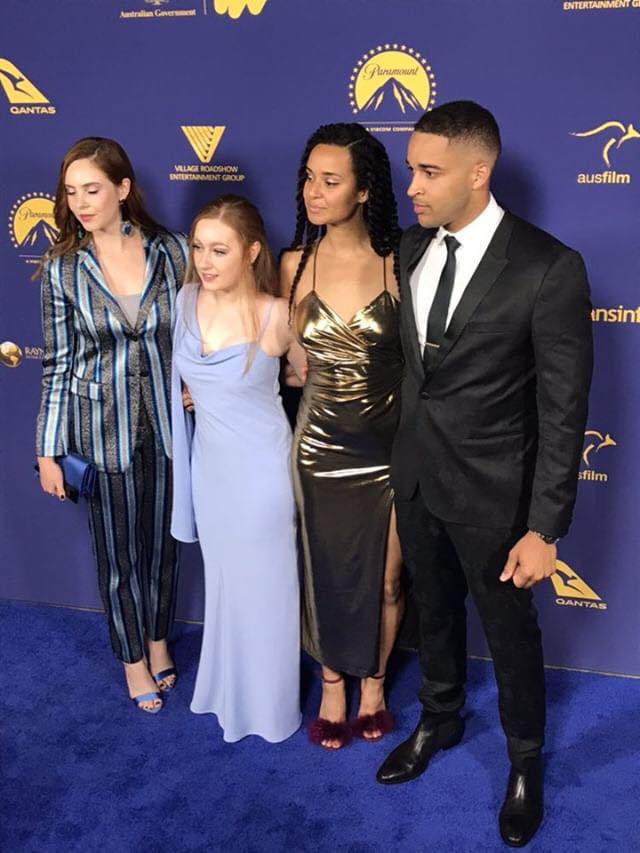 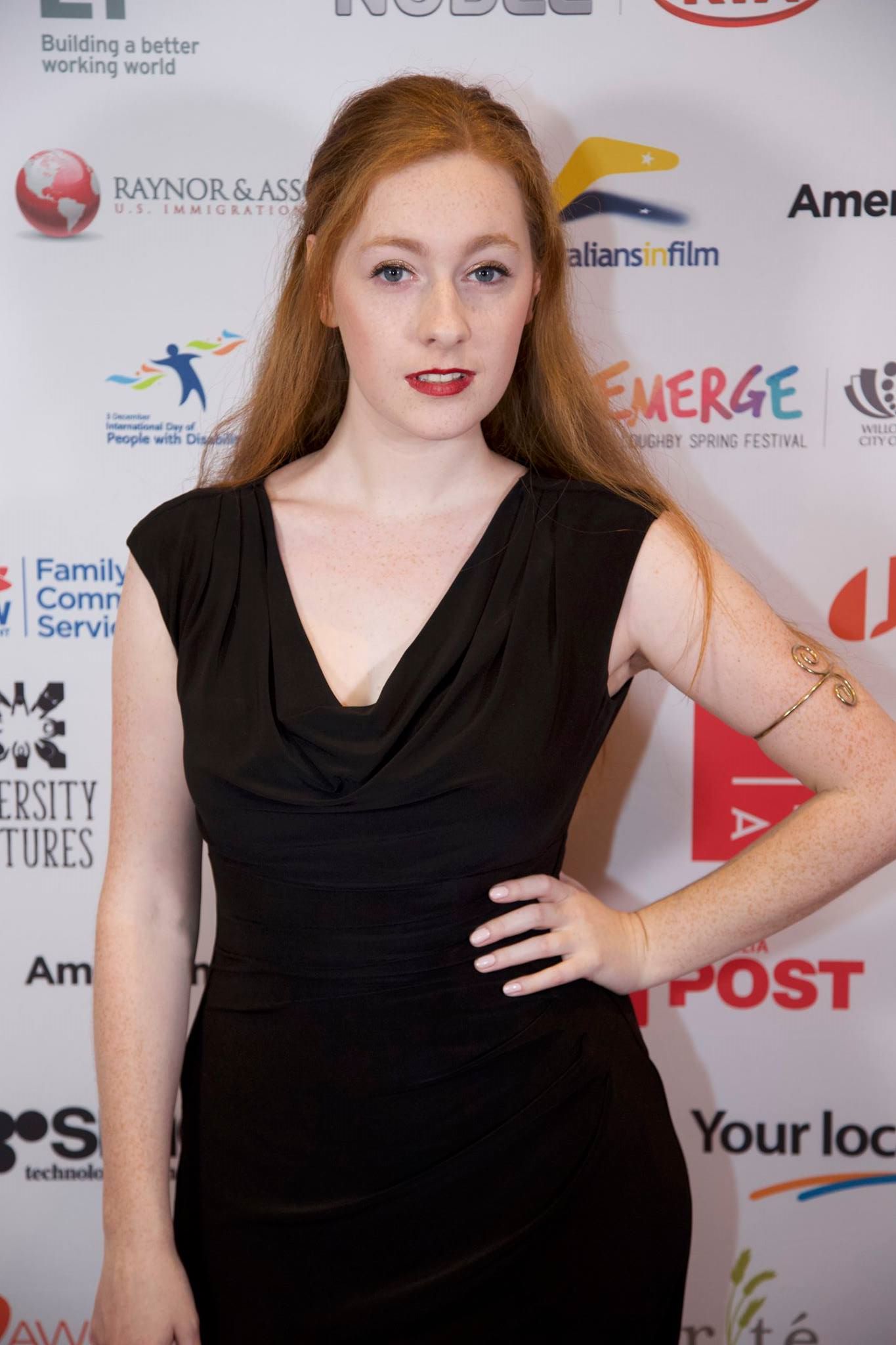 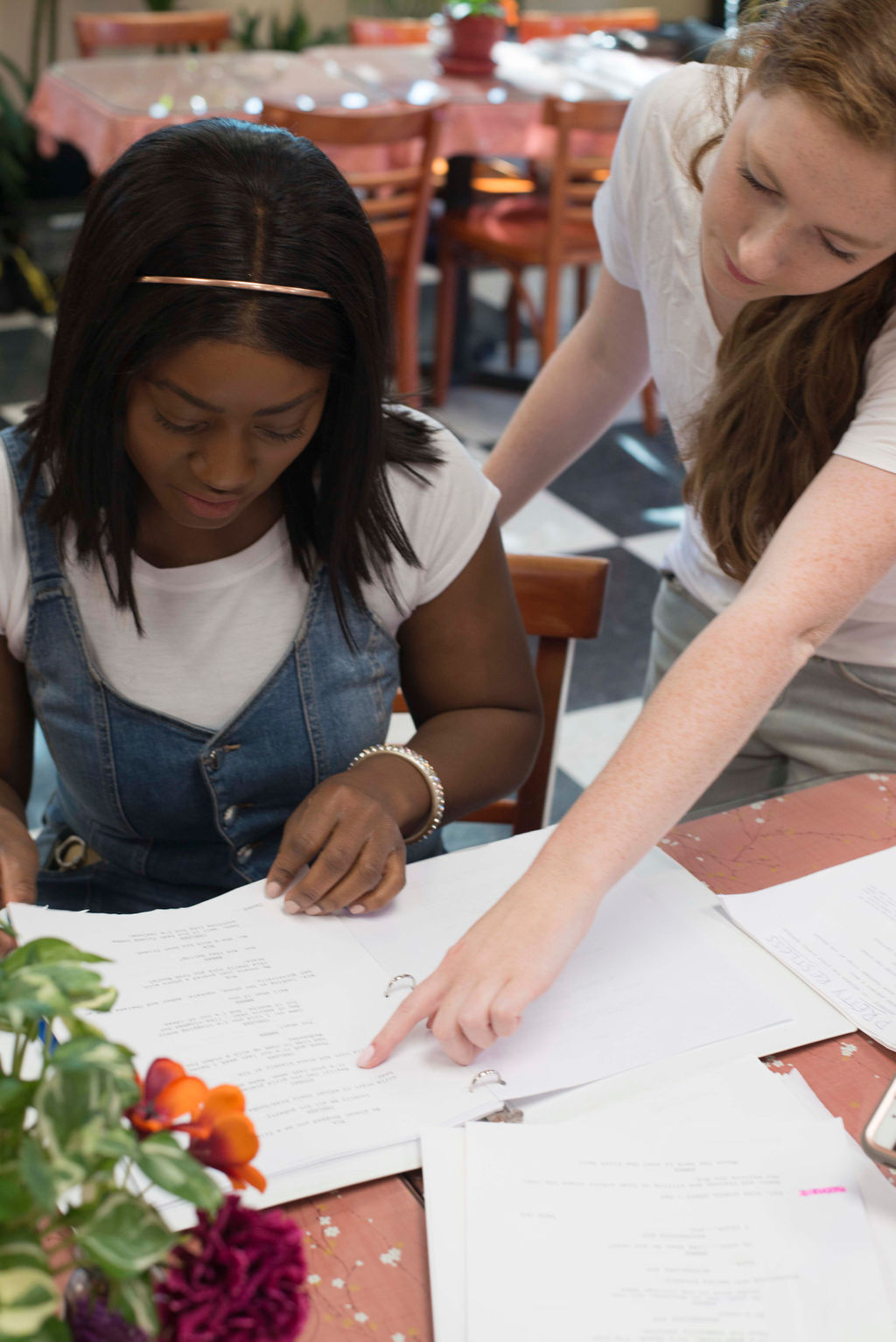 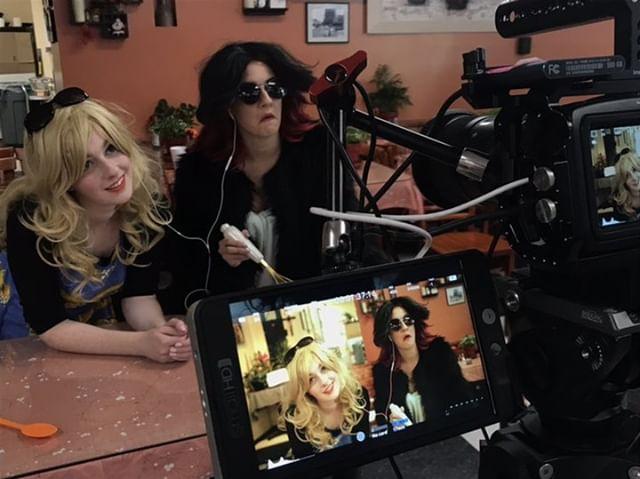 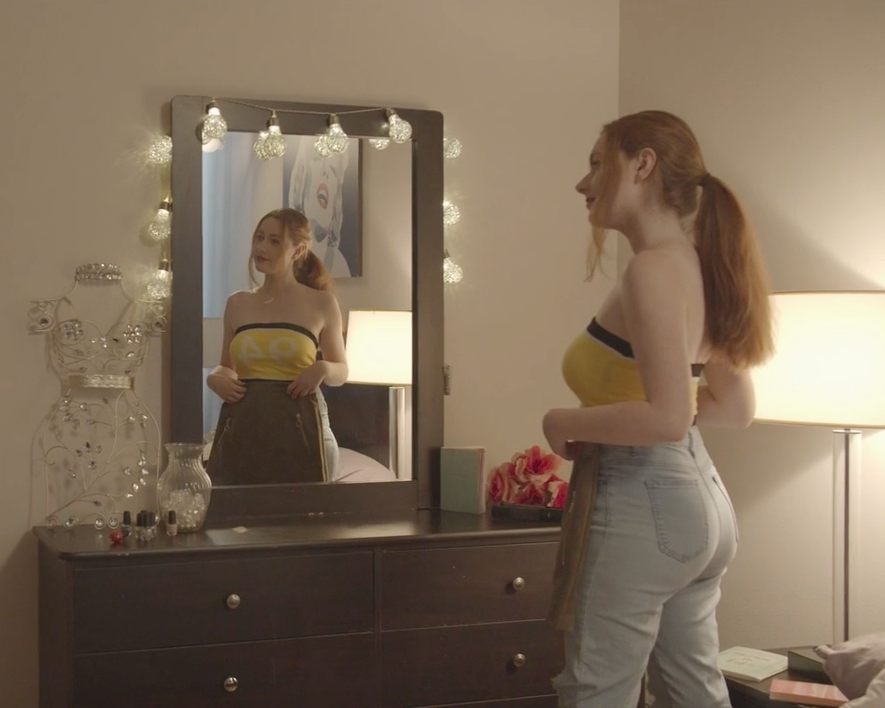 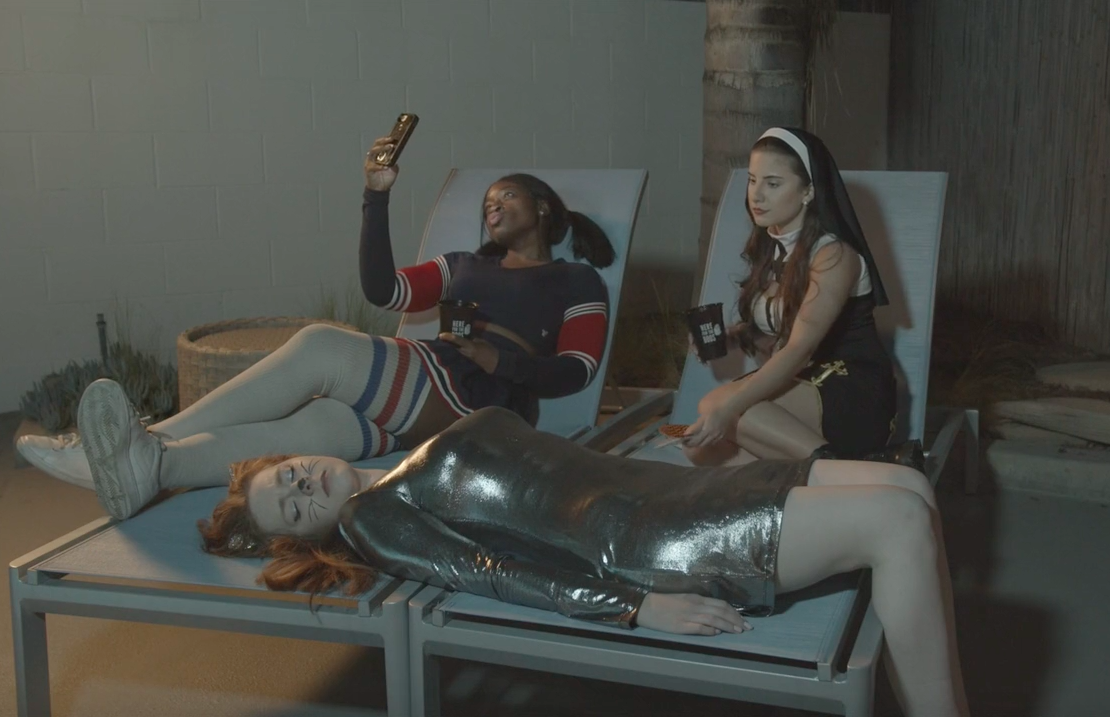