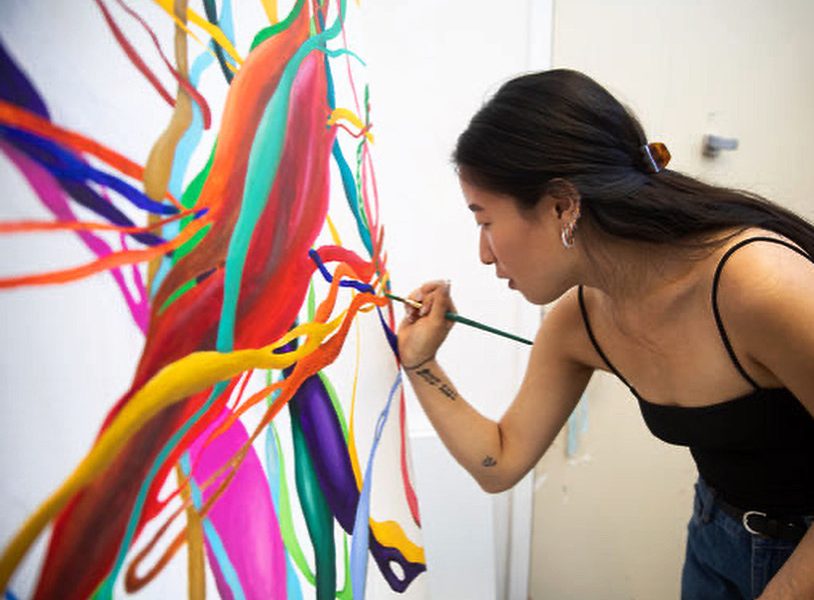 Today we’d like to introduce you to Emily Eunnuri Lee Dobbs.

Thanks for sharing your story with us Emily. So, let’s start at the beginning and we can move on from there.
Ever since, I was able to hold a pencil I have been making, drawing, creating, writing, and using my imagination in whatever forms I can find. Whether it be yards of collage, surreal paintings, or drawing, art has given me breath in life. As long as I can remember, I have been searching for mediums and forms to convey what I find difficult or even impossible to articulate.

In Korea, there is a ceremony called ‘Doljabi’ which is an ancient fortune-telling custom that depicts your future. As a baby I was dressed in a ‘Hanbok’, people placed food and objects in front of me to pick from. My choice was a color pencil which is intertwined with the fate of being an artist. When my birth parents passed away in the KoreanAir flight 801, I immigrated to America smuggled by my grandparents. Under my Aunt’s care, growing up as an American-Korean in the DMV area was disorienting to say the least.

When I turned 18, I moved myself to California and currently am in my final year at California Institute of the Arts. Through this journey of self-discovery, I have steadily found my narrative as political, cultural, and social which has merged itself in my practice.

Great, so let’s dig a little deeper into the story – has it been an easy path overall and if not, what were the challenges you’ve had to overcome?
Perspective is key in viewing one’s life for the better or worse. It is easy to focus on the hardships, and just as easy to focus on the successes and triumphs. At points, there was a smoothness but its counterpart was right around the corner. In reflecting on my journey, the struggle I came face to face with most often is that of identity and figures of authority. The diaspora of being Asian-American and, more specifically, Korean-American is an alienating experience. Asians are the model minority of America. We play an intriguing role in the American melting pot of society. America uses our success to pit us against other races. In short, we aren’t white enough to be perceived as ‘American,’ and our struggles aren’t seen as valid enough by other races and cultures. It leaves us in perpetual liminality, which can be very disorienting.

Growing up as a person of color in the US had its positives and negatives. I struggled with wanting to constantly fit into whatever mold I was in if everyone was a square. I was a triangle. If everyone was a circle, I was a star. Finding connection was difficult, and I searched for genuine relationships all the time. Through certain links, whether it be romantic or friendships, I lost a bit of myself while discovering new facets of my personality. I’m learning now and over the years that the unique traits of my personality have transferred into my art-making.

Please tell us about your work.
Currently, I just finished a show called “Identity Dysmorphia,” a theory I am cultivating about displaced individuals surrounding their cultural backgrounds. I am now open again for commissions while simultaneously continuing to work on this theory. @pinkyringpublishing is a publishing group founded by a photographer friend of mine. Sasha Douglas-Nares has banded together with an eccentric group of artists from all around the United States. We currently go to fairs, shows, and events selling our work together as a group.

Do you look back particularly fondly on any memories from childhood?
My favorite memory from childhood is whenever I had the chance to be alone with my stuffed animals, paper, and color pencils. I enjoyed the solitude and the spontaneous, known judge-mental, method of making. Whatever came out of me was instinctual and unpredictable, but always full of color and hidden meanings. 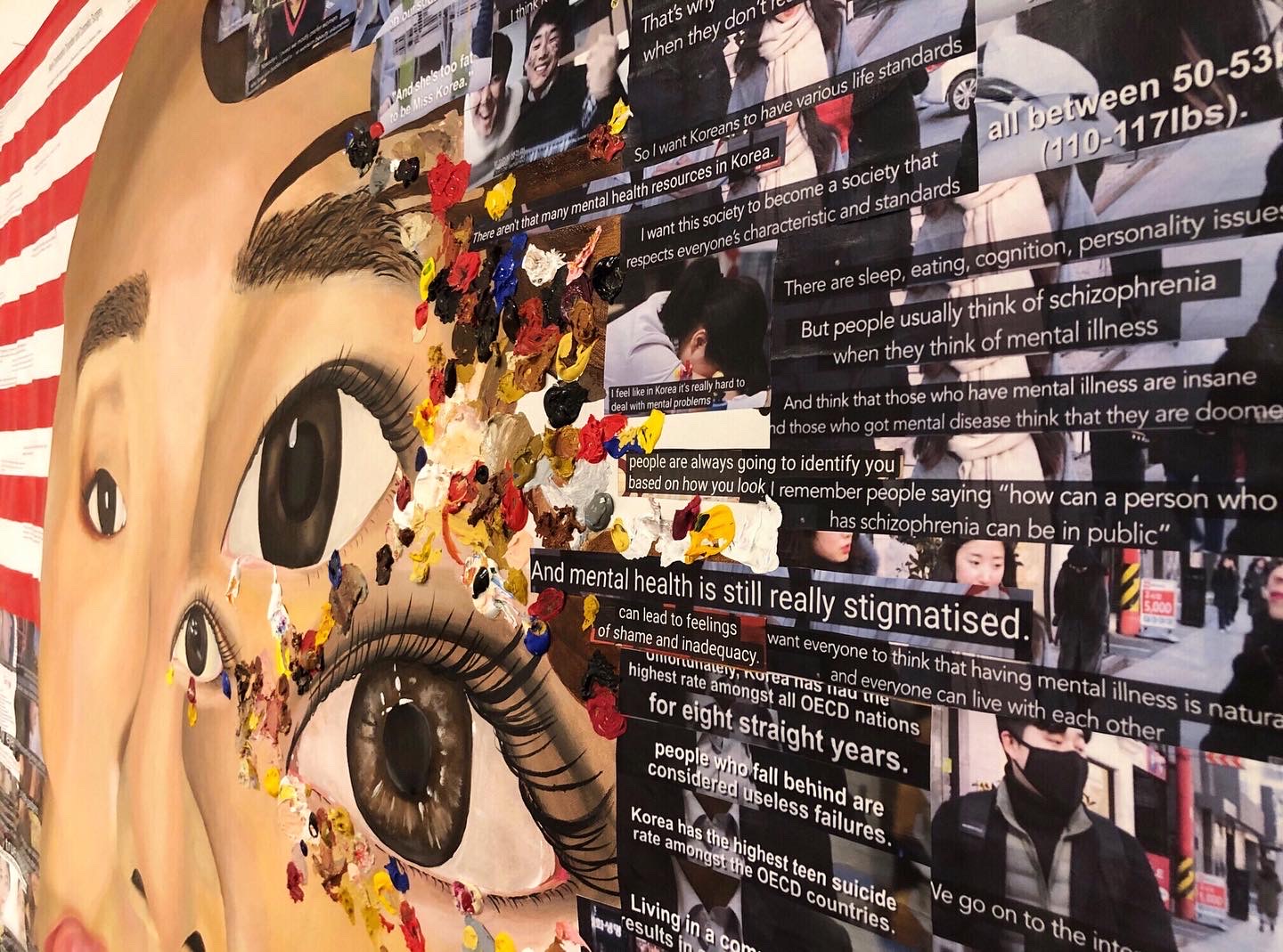 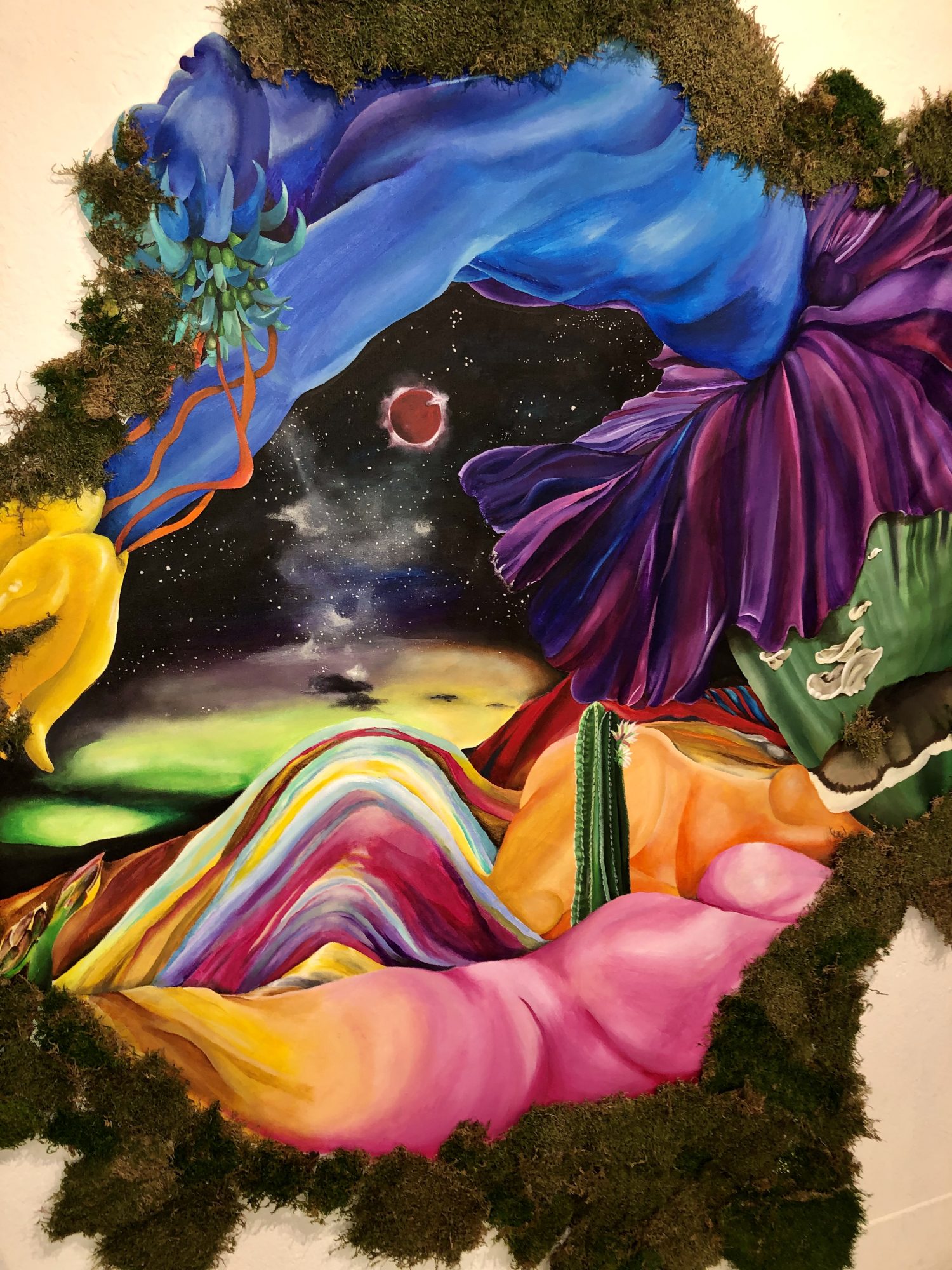 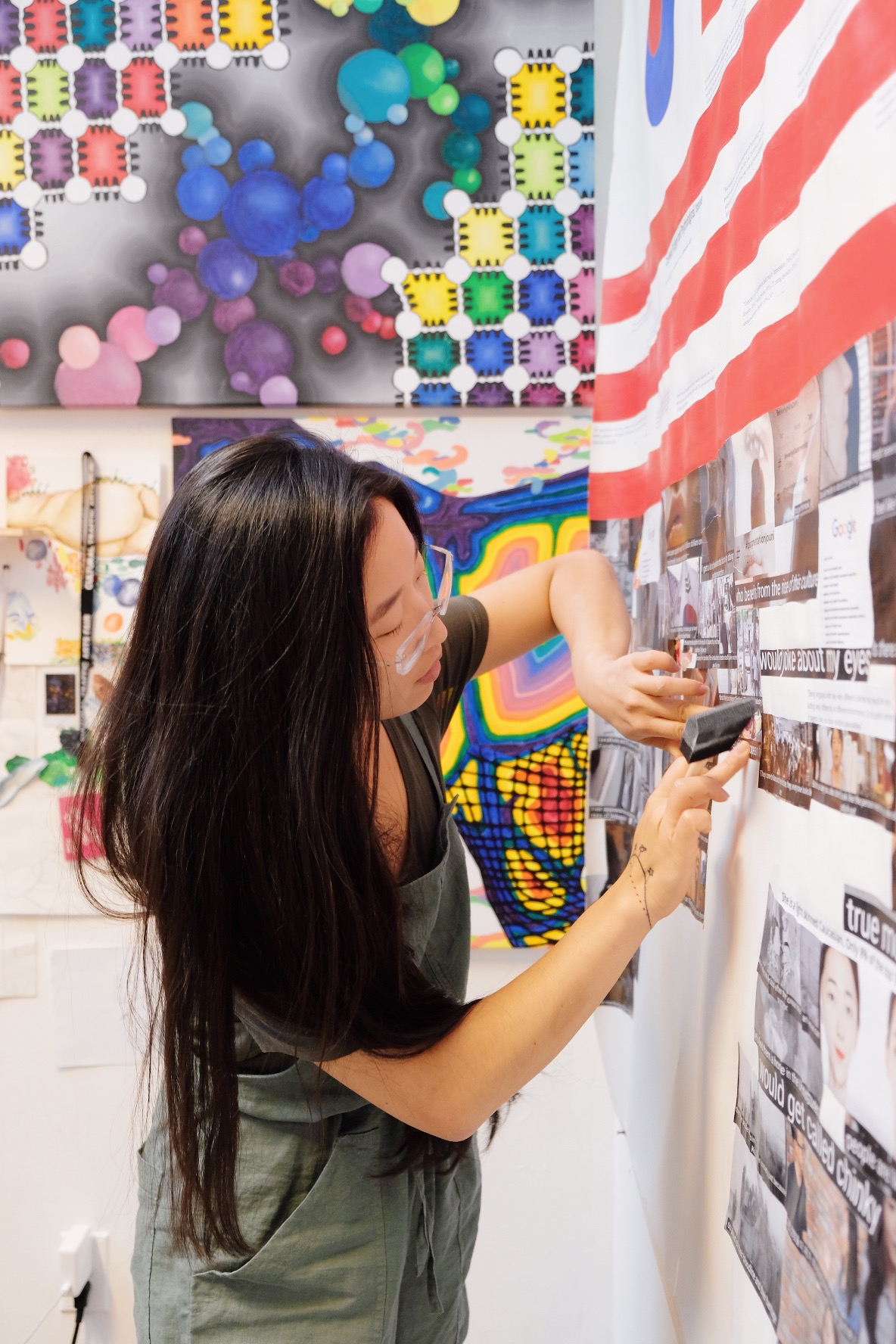 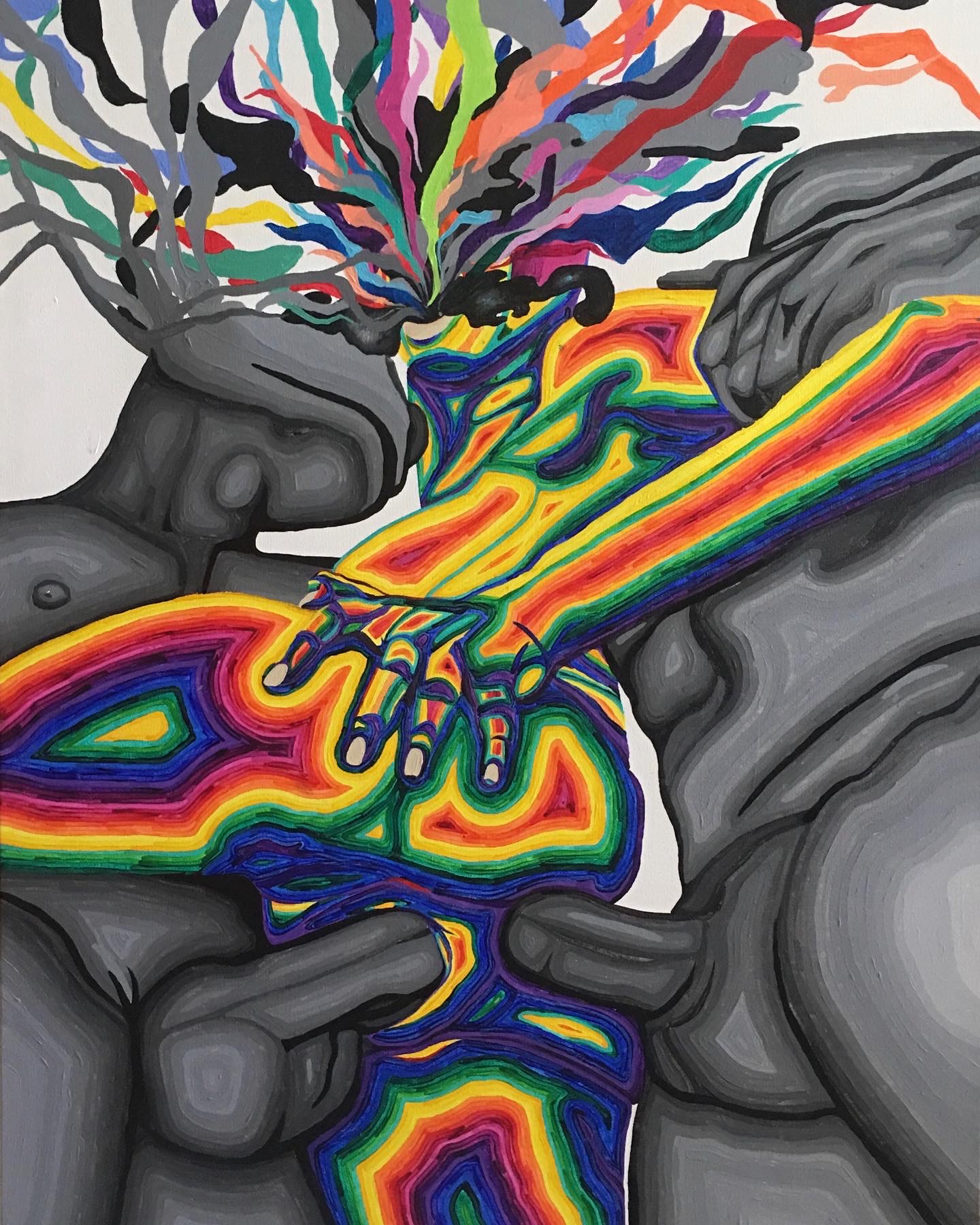 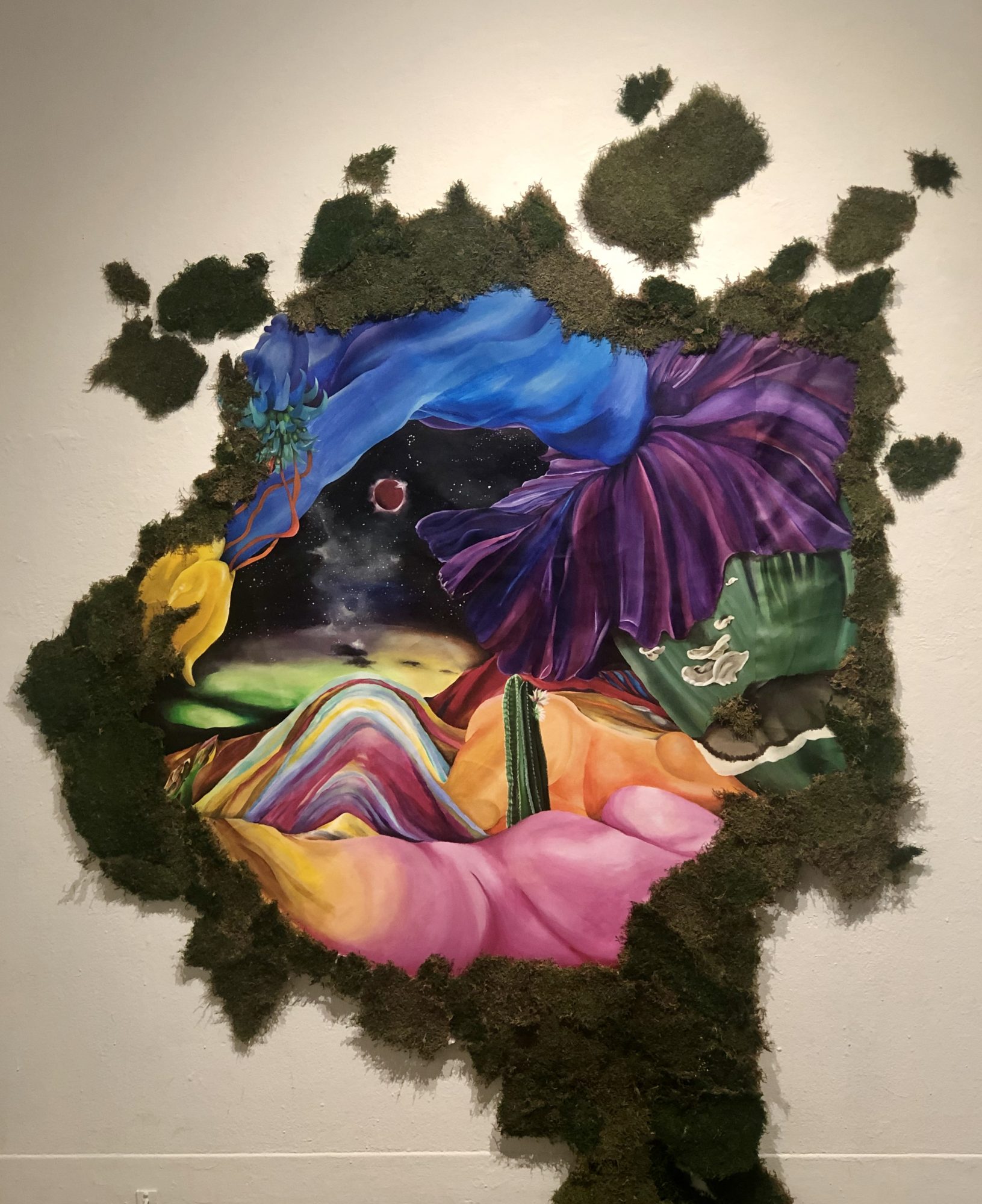 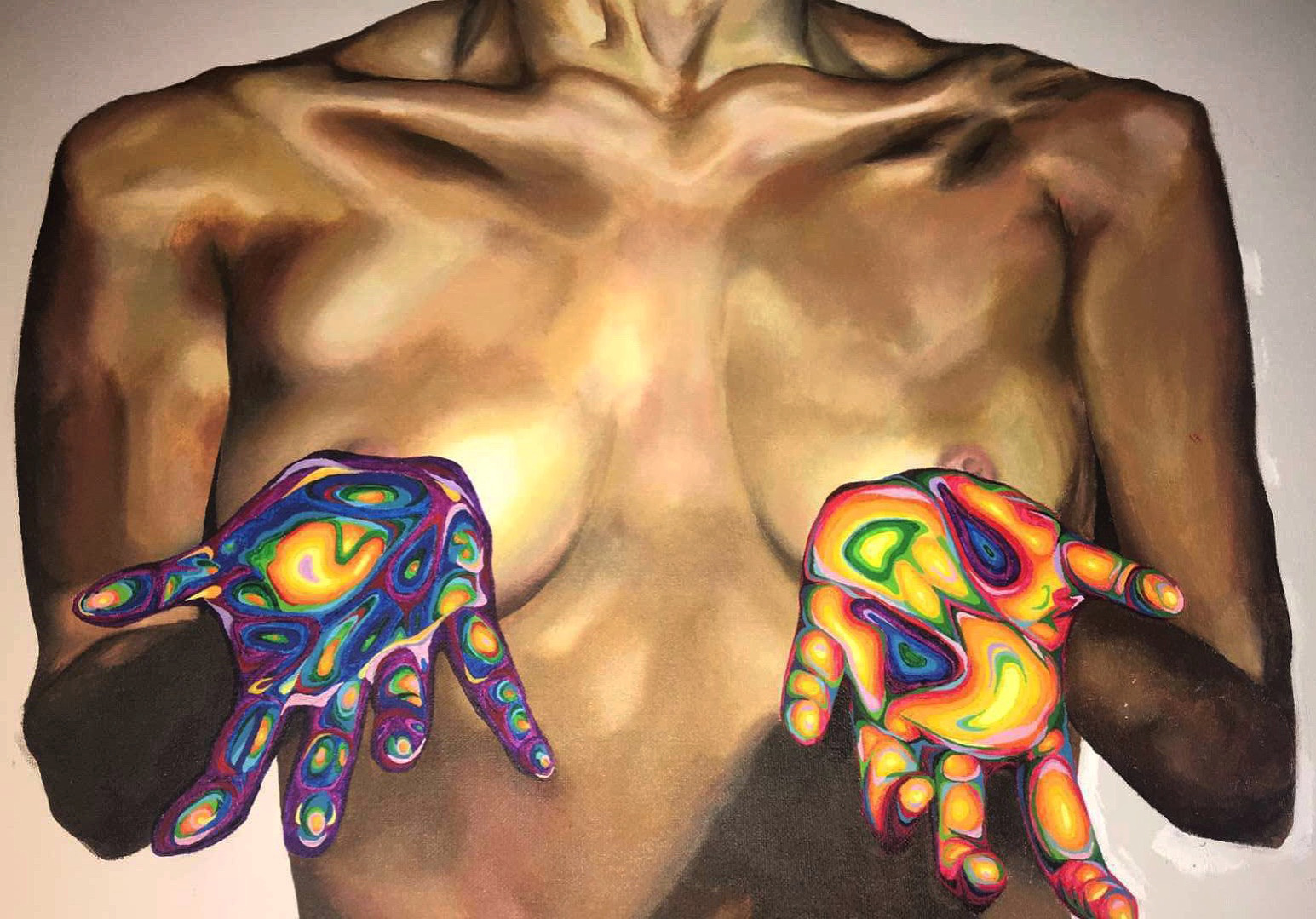 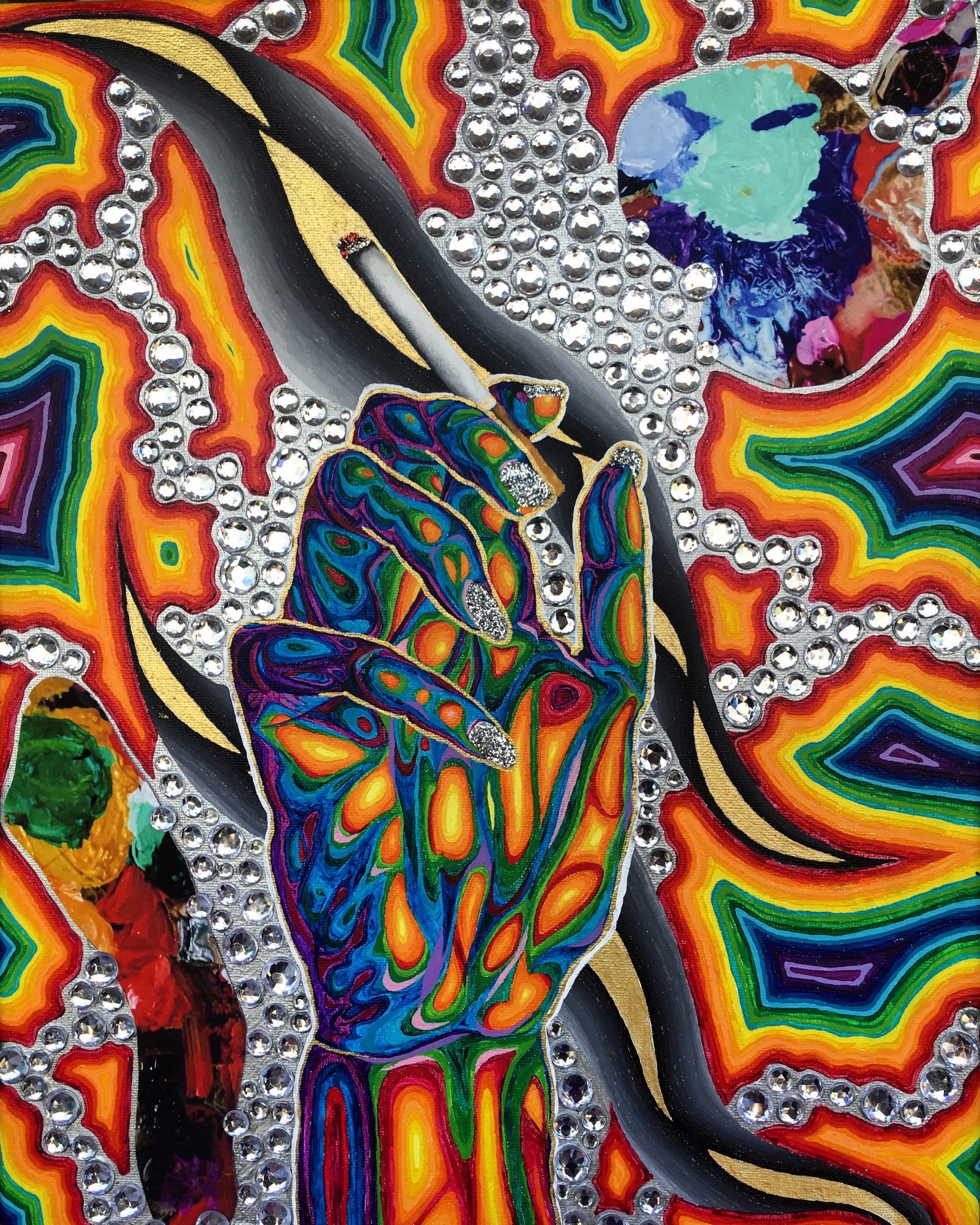