Today we’d like to introduce you to EMAYLA aka Emanuela Bellezza.

EMAYLA, let’s start with your story. We’d love to hear how you got started and how the journey has been so far.
I am a recording artist, singer and songwriter born in Italy, in a small town named “Sanremo”, also called “the city of music and flowers”.

My parents started taking me to music classes when I was only three years old. Those classes were designed for young children, but I started studying music seriously when I turned 7. I started with the piano. When I turned 15, I started learning guitar and I was only 16 when I wrote my first song. That was the age when I found out I really wanted to become a professional singer and songwriter.

A couple of years later, I also started studying voice, playing live shows with different bands and participating in several music contests. Then when I turned 23, just right after I graduated in languages from University of Rome “La Sapienza”, is when I left Italy, my family and friends to follow my biggest dream: my music.

I remember I left with a blue suitcase and a heart full of dreams, hopes and colors and I never looked back. I moved to Los Angeles, California where I studied and graduated from Musicians Institute in Hollywood. After I graduated, I was also hired there to teach vocals and I’ve been teaching there for over ten years now. I usually teach there every other quarter, when I’m not too busy recording or performing.

The music industry is certainly not easy, but I was ready from the beginning to give myself completely and to be 100% myself, putting my whole heart and that brought me many achievements:

1. In 2012, I won a contest where I was hand-picked by Latin star Juanes to perform with him at his MTV Unplugged and together we performed the song “Fotografia”. That album won The Latin Grammys as ”Album Of The Year” in 2012.

2. That same year I had the privilege to perform with Venezuelan star Franco de Vita and opened for Italian star Jovanotti, at his concert in Los Angeles.

My YouTube channel has over 3 million views in total and I just released my new album called “NEW FREEDOM”. The album was produced by me and by the talented Darryl Swann, who also produced Macy Gray, back in 2000. The first single of the album is called “Deepest Love” and I produced and edited the music video. I even made my dancers’ dresses and mine for the choreography part. There is a whole deep meaning behind the album and in a few words it’s: “No matter what you’ve gone through: you can always re-born again. Life is challenging, but it’s also a beautiful, incredible gift, so every time we suffer, we are born again and we become more beautiful, stronger and better overall”.

Great, so let’s dig a little deeper into the story – has it been an easy path overall and if not, what were the challenges you’ve had to overcome?
I believe the struggles are always encountered during someone’s path, but the will of moving forward is the motor of all mechanisms. It has not been a super smooth path for me like I am sure it’s not for many artists. I have to make some sacrifices myself in order to get where I want, but I can say I was always able to support myself with my music by giving my 100% every single time, every single day and that’s already a challenge itself, because it requires lots of power and strength. To me, any sort of sacrifice for music is not a big deal, because I love what I do and I am 100% driven by my passion.

We’d love to hear more about your work and what you are currently focused on. What else should we know?
My name is EMAYLA (aka Emanuela Bellezza) and I’m a recording artist, singer and songwriter. I define my music style, a mix of pop, R&B, Soul and a touch of colorful sounds that I don’t know how to describe… you just gotta listen to get a taste of it, in order to understand! One of the things that I am mostly proud of is that I am 100% authentic and true to myself and my music. I am proud that I was able to perform on MTV with Latin star Juanes and that his album where I’m in, won the Grammys as “Best Album”, back in 2012.

What moment in your career do you look back most fondly on?
I most definitely say that I am absolutely happy and proud of my latest album “New Freedom” and the creation of my music video “Deepest Love”. That’s the pure artistic expression of myself in all its essence.

If you ask me to give advice to all artists out there, I would definitely say: “Never give up and always keep believing in yourself. Keep doing what you love and your art will fully reward you”!!

Don’t forget to listen to my new album “New Freedom” and time follow me on the social medias at @EmaylaOfficial. I am very active on Youtube, so check our my YouTube channel www.youtube.com/emayla 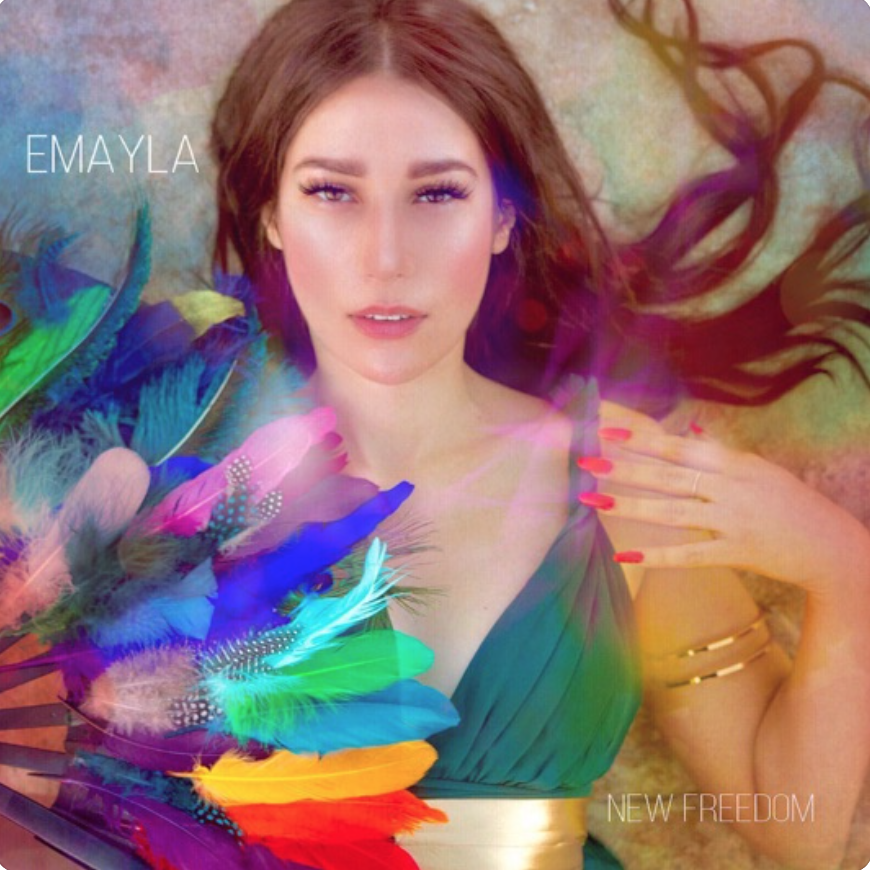