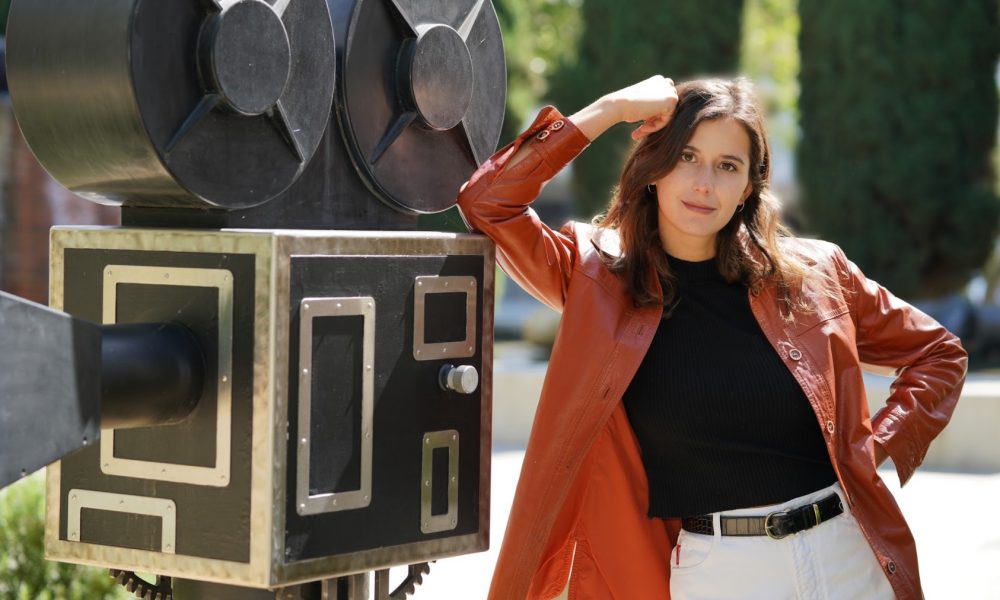 Today we’d like to introduce you to Emanuela Boisbouvier.

Emanuela, can you briefly walk us through your story – how you started and how you got to where you are today.
I was born in San José, Costa Rica, and moved to Monaco when I was three-years-old. Raised by a Monégasque father and an Italian mother, I began acting at age thirteen when I took a summer program in Los Angeles at S.O.C.A.P.A.

During my time at UCLA, I was also among a group of students who created a non-profit organization, Wazo Wellness, which aims at helping students dealing with any type of mental health issue and reconnecting them to campus life. Through this program, we offered mental wellness workshops to help foster creativity and outlets for emotional release. I helped lead one of these workshops, which was based on improvisation. Through these classes, students got to play games and inhabit characters and overall felt like it really helped them on their journey of self-discovery and recovery. I still love to teach and am working on spreading these classes throughout Los Angeles, especially to lower-income schools.

I began taking film acting classes through a workshop at the renown Paris institution, Les Cours Florent. After that, I began to act in several short films and fall in love with film as much as theater!

After graduating, I acted in two Coca-Cola commercials, both aired internationally and directed by Golden Zhao and Nathan N’Guyen. I acted in more shorts, including “A New Verse” directed by Cameron Thuman, which was screened at the New Jersey Golden Door Film Festival, at the Westfield International Film Festival, and at the 7th Annual Muestra Intergalactica Festival in Mexico, in which A New Verse was selected as an honorable mention. I have also been a featured guest on Jaby Koay’s YouTube channel, which has 1.33 million subscribers.

I have been training at the Beverly Hills Playhouse with Art Cohan and Michael Yavnielli, as well as at the Berg Studios with Yale School of Drama alumnus Gregory Berger and took improv classes at the Groundlings School.

I am fluent in English, French, Italian and Spanish. I have been dancing since age three, having trained in jazz, ballet and contemporary. I also competed in ski for seven years with the Monaco ski team.

Has it been a smooth road?
It has definitely been a learning experience. It sounds very cliché, but rejection is a big part of an actor’s life. It’s the biggest test: can you be turned down four times and get up a 5th? Acting has helped me build thicker skin.

One of the things I struggled with the most is other people’s opinions of the career I chose. A lot of times people will skeptically ask you what your “real job” is, or how you make a living, or how many features you have starred in (as if there is a criteria that needs to be satisfied to qualify as a real actor). One of my beloved acting teachers always likes to tell us that we never ask lawyers how many court cases they won that week, or doctors how many surgeries they completed in the past month. For some reason, actors are held to a different standard to prove more than we should.

So I have definitely learned to tune out the skeptics and remind myself how lucky I am to have a passion when so many people do not. I am also infinitely grateful to have such a wonderful support system, my grandmothers, mother and siblings are my pillars and believe in me like no other.

Let’s touch on your thoughts about our city – what do you like the most and least?
Los Angeles is my second home. I have only really lived in Monaco and here, and boy is it a contrast. My school (UCLA) was bigger in size and population that the country I was raised in!

I love the diversity present within this city – be it going from one neighborhood to the next and discovering such different people, foods, stores, and energies. I love being able, six years later, to still be able to discover new streets and galleries and restaurants. In one day, I could go to the beach in the morning, have an overpriced but incredible frozen yogurt in Beverly Hills, snack on some phenomenal street tacos in Echo Park, and get a drink in a trendy but low key bar in Downtown LA. There is so much stimuli and things to discover in LA, and that is part of the reason I love it so much.

Megan Gallagher: Hi! My name is Megan Gallagher! I’m a 24 year old 2x TED speaker, #1 best selling author, afterbuzz tv host, mental health advocate & podcast host! I am very passionate about helping teenagers and changing the school system to have mandatory classes about self love, mental health and following your dreams! Growing up, I started struggling with anxiety as young as three. As a got older, I became more aware of my body and by 14, I knew that something was wrong and I needed help. It was really scary to be sitting in class(in High School) and all the sudden feel hot, sweaty, a fast heart rate and like I was going to pass out. These “episodes” happened every day, in all seven of my classes. After a few months of struggling, I decided to sit my parents down and vent to them. It was so scary and surreal, yet I felt so understood and safe. I then started therapy for three years and went on a journey to discover who Megan was. Now, having overcome it all and being in such a different place in my life- I have dedicated my life to being that person I craved as a teen. I speak at middle schools and high schools across the country in hopes of spreading positivity and inspiring teens to reach for the stars! 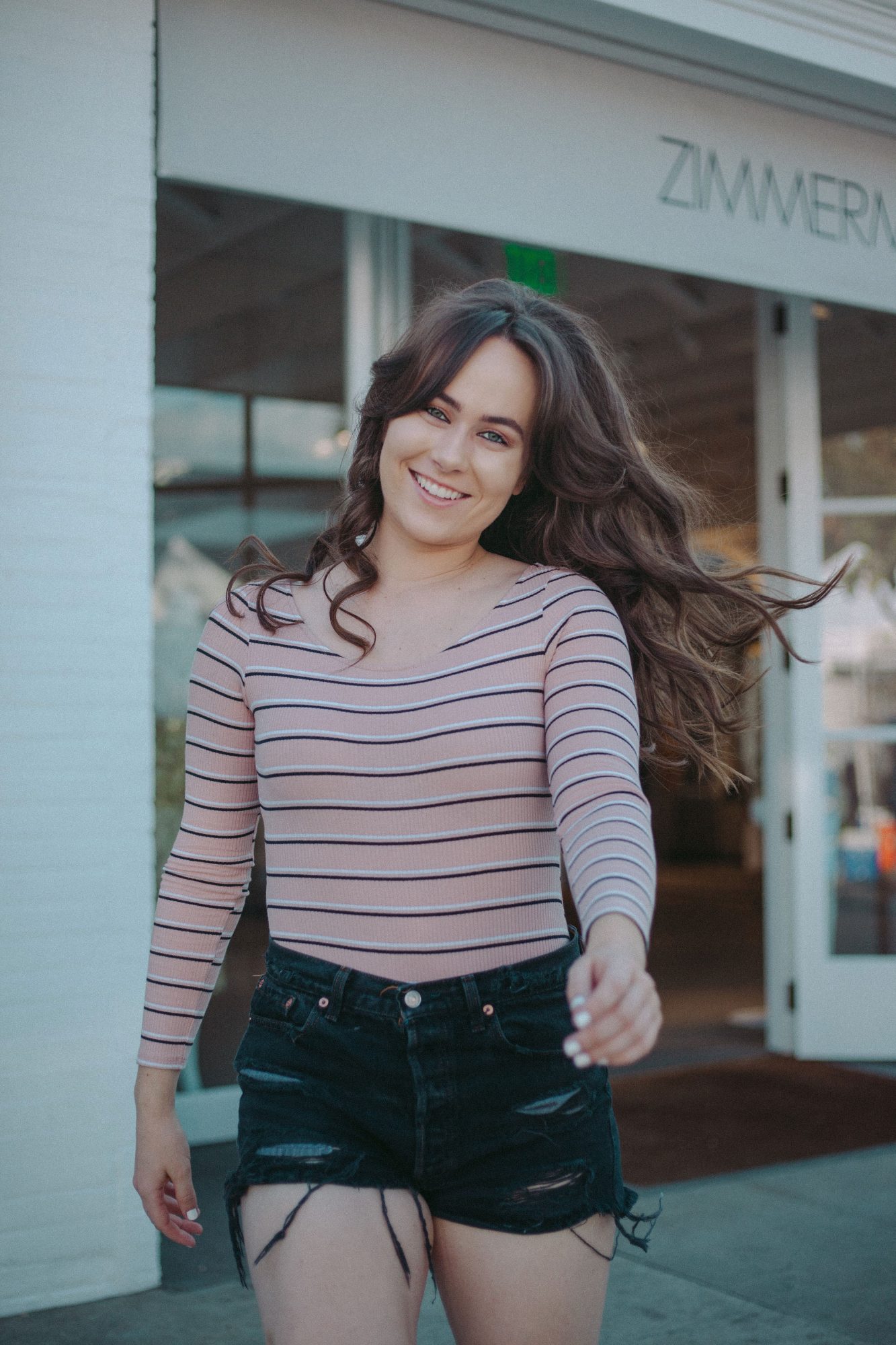