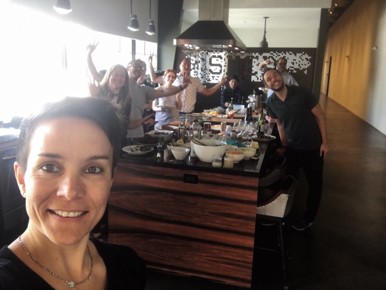 Today we’d like to introduce you to Elodie Ichter.

Thanks for sharing your story with us Elodie. So, let’s start at the beginning and we can move on from there.
My name is Elodie Ichter. As you can already tell, I’m an immigrant. I was born in France 35 years ago. I’m a movie colorist. I studied cinema in France and specialized in Editing. Computers and movies seem pretty fun to me. No one in my family works in this industry. I don’t know where this desire came from, to be honest. I knew very little about it. I had no idea about the different jobs and who was doing what onset. I just knew that I loved playing with images on a computer, so working in post-production has always been what I like.

In France to become an editor, you have to do an internship in a film laboratory which I did it. I got an internship at Eclair Laboratoire, it’s the first film lab ever created. What I discovered blew my mind. in 2003, it was not digital, it was a photochemical process. The colorist will call out a number of points for Red, Green, blue and density. By doing so, he adjusts the amount of color going through the image during the development of the film, therefore it will look different. Without that process, you’ll not be able to watch a movie, from one shot to another you’ll have very different colors that it will definitely disturb you.

Like I said, it was mind-blowing to me because they “read” the shots real time and they interpret what the color will be. The colorist could not see the result right away like we do now in digital. I was an intern for a month, carrying the negative and positive film from the lab to the screening room, back to the lab. Following colorists, taking notes of the color correction. After a month, they offered me to freelance at the lab. It was the beginning of the digital and negative film needed to be scanned and cleaned for the DI (Digital Intermediate). It was interesting to me because I was directly touching the negative film. It’s a very precious thing. It’s the original and the only one copy of what they shot. You can’t fuck it up… ha.

Not long after this job, they asked me if I wanted to learn the software they used for the color correction and become a DI editor/Color Assist. It was perfect! It combined editing which was my first passion and color grading which I just fell in love with. I started working closely with one specific colorist, Yvan Lucas, worldwide known for his work on Se7en (director: David Fincher, 1995) and Amelie (director: Jean Pierre Jeunet, 2001) and many more now. We worked together for a few years until his talent made him go to Hollywood. Meanwhile, I decided to move to London to learn English.

After a couple of years in London, I came back to Paris, Yvan called me from L.A. He asked me if I wanted to come work with him again in Hollywood. He will train my eyes, teach me everything he knows about color grading. I will work with him as a color assist first, then the second colorist to finally become Colorist. This opportunity was too good not to go. I packed my bag and moved to LA. It’s been 8 years since I arrived in LA. Yvan became my mentor and I became a colorist. I am still working with him today in a company called Shed in Santa Monica. He’s one of the founders of the company.

We’re always bombarded by how great it is to pursue your passion, etc – but we’ve spoken with enough people to know that it’s not always easy. Overall, would you say things have been easy for you?
It’s been pretty smooth for me, I work hard even and it doesn’t feel like it because I love what I do. The first couple of years in LA were probably the most disorientated. L.A. has a very unique rhythm, very different than Paris. Once I got adjusted by having new hobbies (hiking is not a thing in Paris when you walk, it’s because you’re shopping :p). I felt really good here.

There’s a lot of different ways to be in LA. Each part of the city has its own vibe and the people you have around you will make all the difference. I found my L.A. (I live in Echo Park, and I met amazing people along the way) Somehow, this city made me a more peaceful and a happier person. And yes, the amazing weather helps too! The difficulty is probably being away from the family. Any immigrant will know the feeling. Some days, I just want to be with my sisters, spend more time with my nieces (because they grow up fast!) Or just chill with my mum. And once in a while, I wish I have a family reunion to go to (I used to avoid them when I was younger ha).

So let’s switch gears a bit and go into the Shed story. Tell us more about the business.
I work in post-production cinema, I’m a movie colorist. It’s the last creative step before the movie gets released. I collaborate with the cinematographer and/or the director to enhance what they shot and create a look. To do so I use a software called Baselight. My office is a theater, literally. I work in the darkroom. 😉

I have been working with amazing directors such as Joon-ho Bong on “Okja”, Francis Lawrence on “The hunger game”, Tommy Lee Jones on “The homesman” and Angelina Jolie on “In the land of blood and honey”. More recently I worked with Martin Scorsese on “The Irishman”. I spent 6 months in NY doing the dailies color (color onset). I worked with him previously on “The wolf of wall street” and “The audition” too.

I also work with some of the greatest cinematographers such as Rodrigo Prieto, Emmanuel Lubezki, Darius Khondji… And let’s be honest, their talent makes my job so interesting. It has been a fantastic adventure…

I’ve been trained by Yvan, whose colorist background is from the lab and treating negative film. My eyes and my work is a lot about getting a filmic look for movies. (unless a client ask for something different). Nowadays, most of the movies are shot with a digital camera. it makes very pretty images only if you know how to treat them. It does look different than film and often clients want their movie to look like what it used to be. When film was used. While before we would try to reduce the grain, now, filmmaker are asking to add grain.

And it’s not only grain that will make your movie look like film but also the contrast of your image, the saturation of the colors, the colors of the colors too. There are so many different Reds, Greens and Blues. The density of your Highlight or lowlight will give you a different feeling. By controlling those, I create a look. A look that will work with the movie, with the story the director wants to tell.

Has luck played a meaningful role in your life and business?
I feel pretty lucky for sure but I also don’t know if luck is a thing. It all starts with our own decisions. Everyone we make will have consequences, good or bad and I doubt luck take a big part of it. I’ve been lucky I have crossed Yvan’s life but also, I met him because I worked for it.

The true luck I had was to be my parents’ child, I’ve been raised without the pressure of doing this or that or being like this or like that. They’ve always supported who I am and what I do. It takes a lot of the pressure out and makes me feel light enough anything seems possible. I guess I’ve never stopped myself to go for something, to try, to ask, or to fail if that’s part of the experience. So yes, my real luck was to be born in my family because that is for sure something I could not decide. 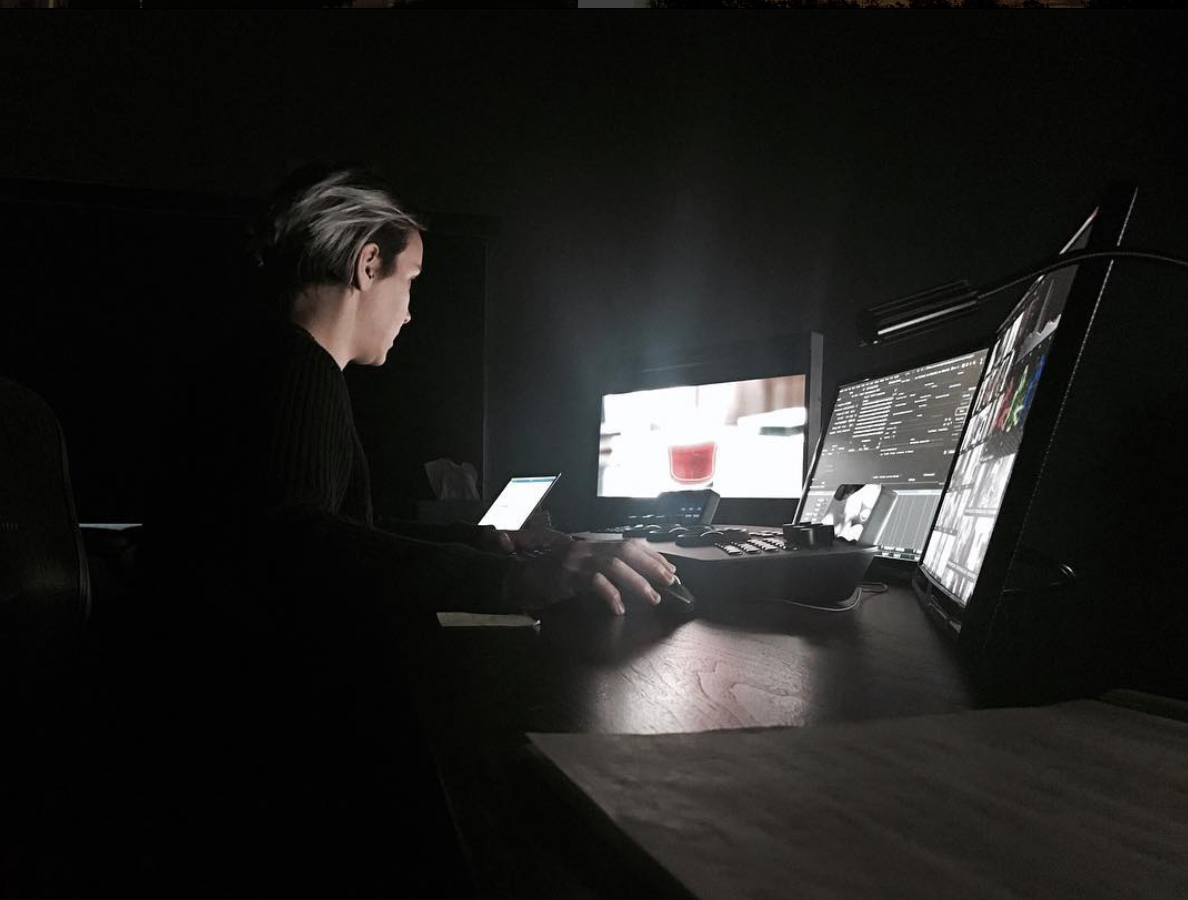 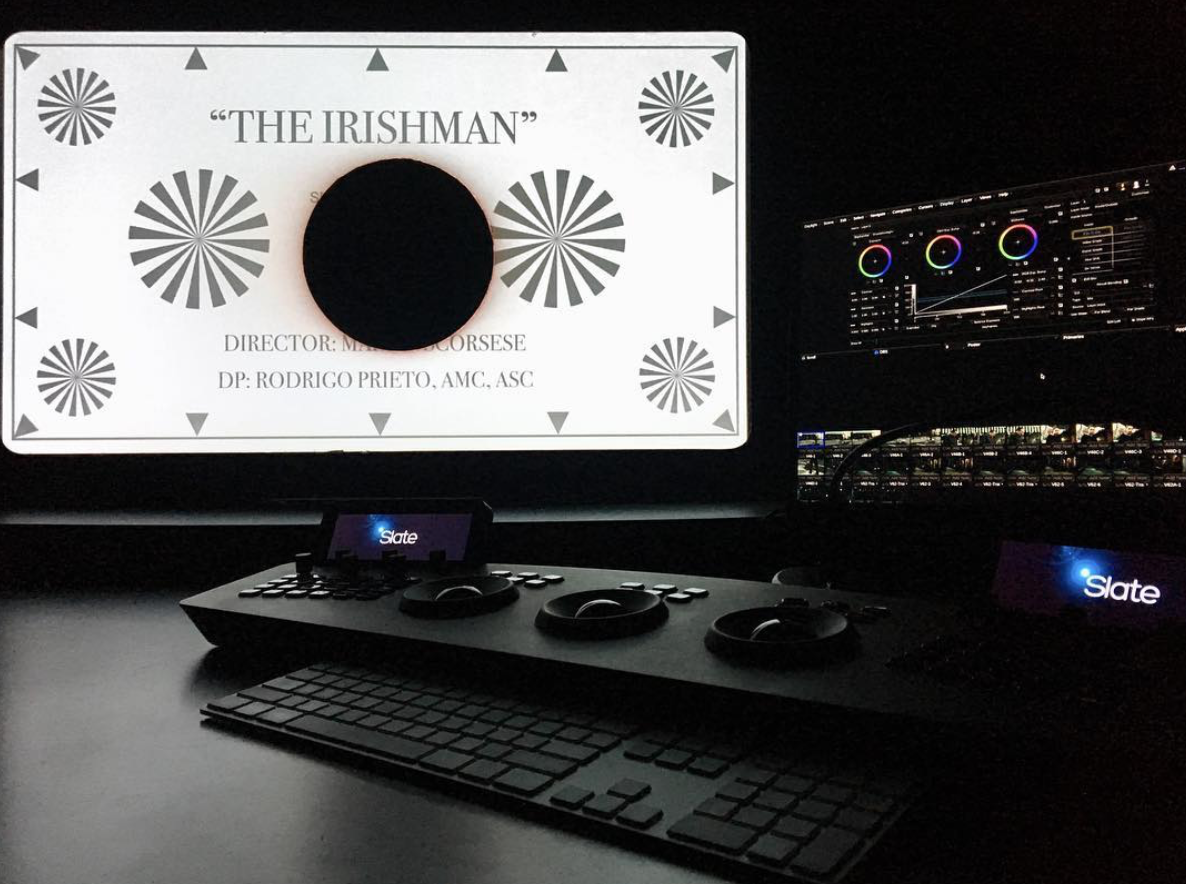 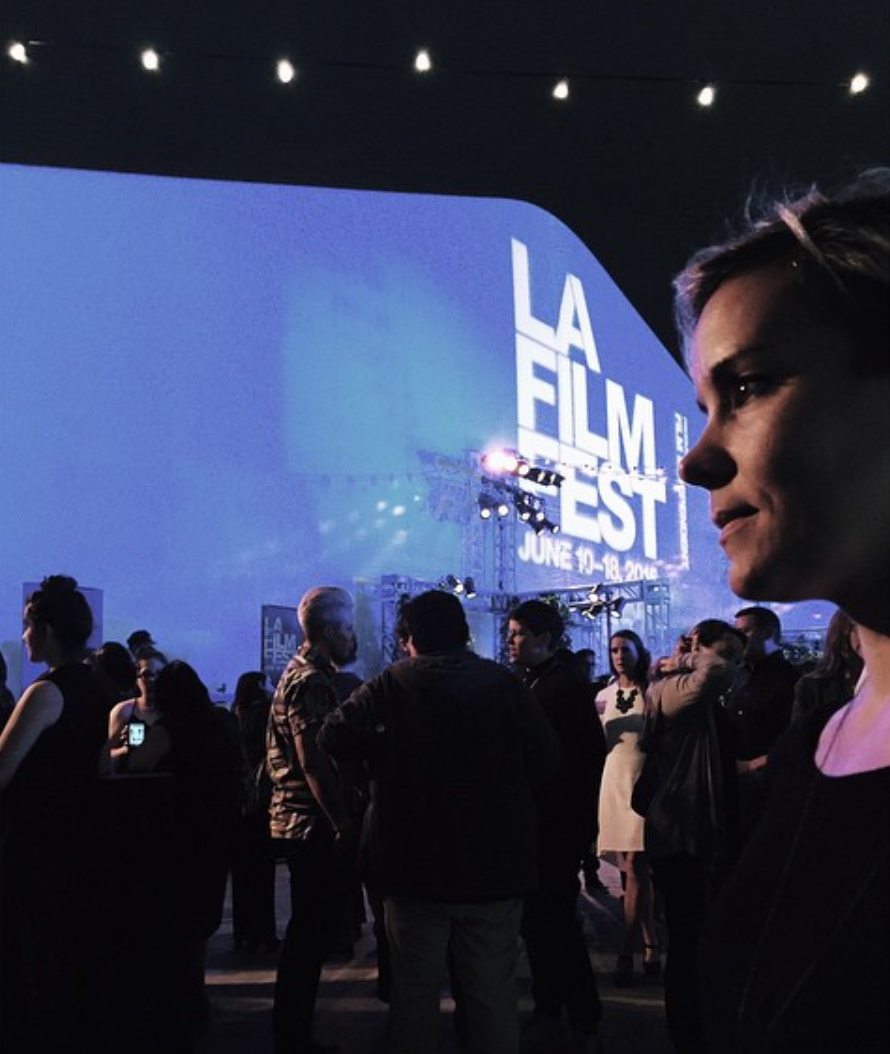 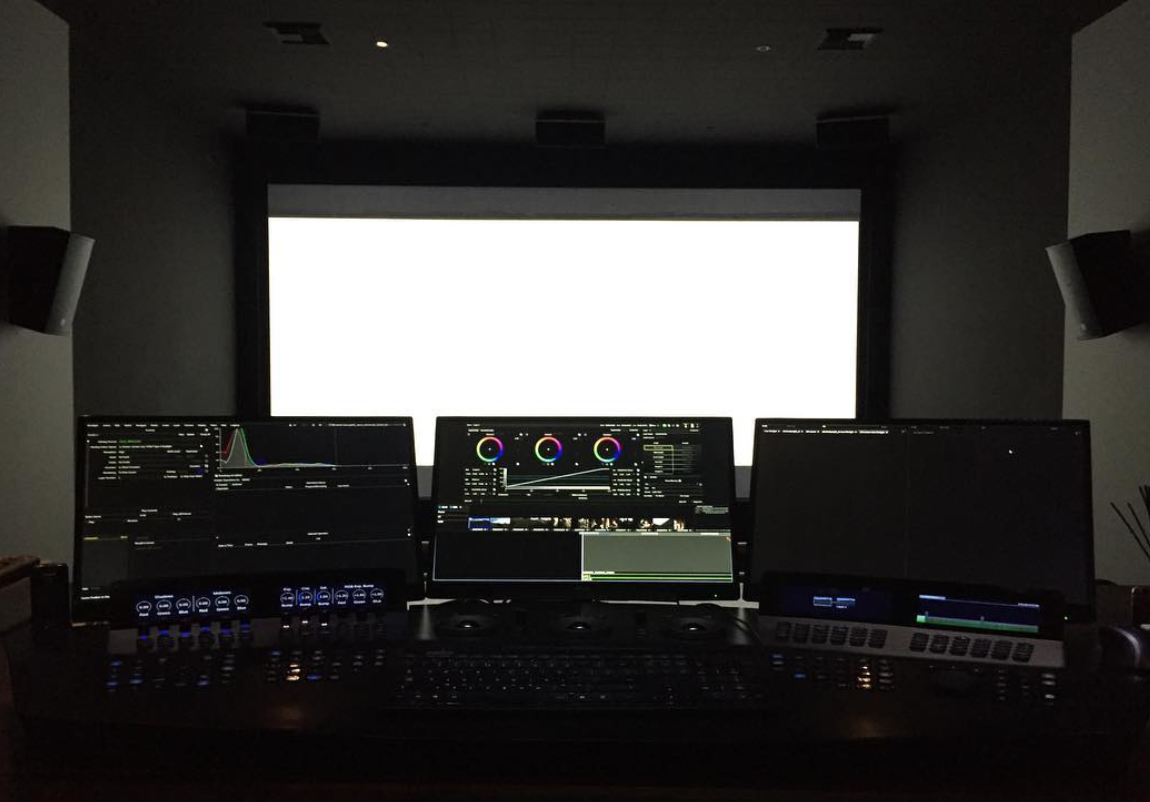 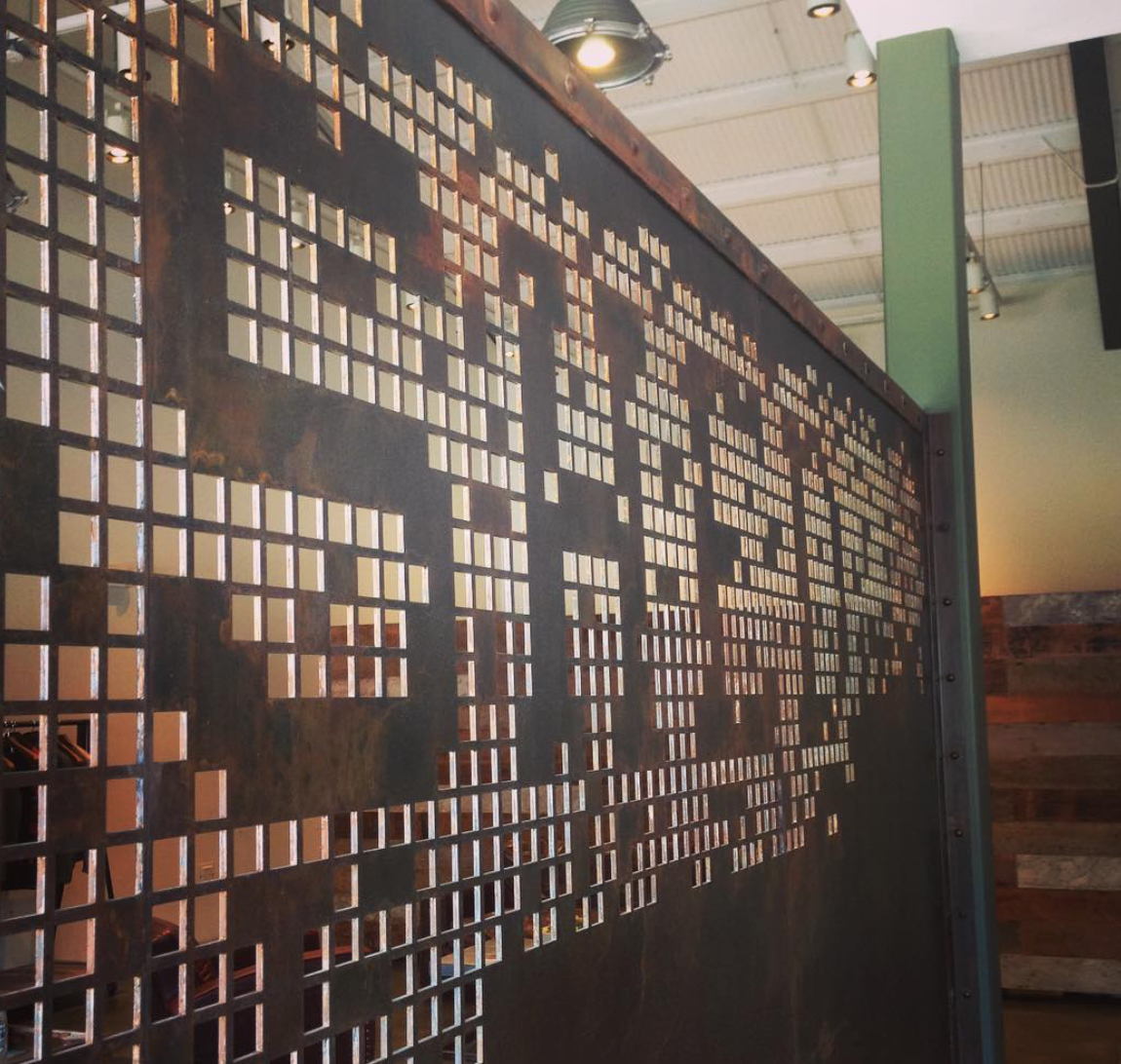