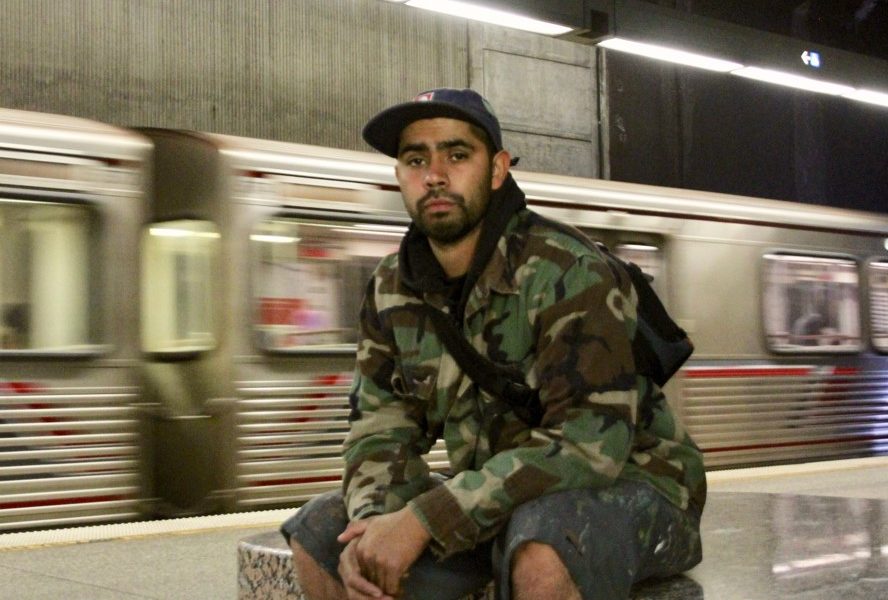 Today we’d like to introduce you to Elmer Guevara.

Every artist has a unique story. Can you briefly walk us through yours?
I grew up through the late 1990’s into the 2000 era in the South Los Angeles area known to dated locals as South Central. Today, I still live in the area and work in my studio in Downtown LA. As a kid, I was surrounded by the graffiti movement that was happening in the city. At the time, what initially started as fun with friends, goofing off in the streets skateboarding soon became an obsession.

Through my teenage years, I spent most of my nights, out late, writing on freeways, rooftops, and elevated transit signage with friends in the neighborhood. During the day, we were out jumping from line to line, “Bus-Hopping”, was what we called it. I got to explore the city well through its transit system. I became fascinated with the cityscape in Los Angeles from the architecture of each district to the many cultures I encountered and the way those cultures impacted each hub. At times on bicycle, I witnessed distinct crevices in the city to a raw extent from the underground night life, the deals in the streets to climbing up some of the dirtiest, greased pipes to reach the top of several Downtown buildings.

As I reached my early 20’s, I aged along with certain social issues that surrounded me from my adolescents that took maturity to understand. Through the influence of a few older friends who were painting aside from just graffiti, I became cognizant of the messages imagery can provide and how it can be utilized in efforts to spread ideas.

Influences fueled my drive toward an education in the arts. I never thought much beyond doing graffiti, in terms of becoming an artist. I was so plugged doing graff, but when I tried to paint on a support more intimately than a public wall I became infatuated with the constructing of imagery, facing challenges and creating paintings. I started my studies in 2011 at East Los Angeles College in Monterey Park, CA where I met professors like Sergio Teran, who taught me a great deal and helped me shape out a foundation in painting. A few years later, I continued at Cal State Long Beach working with the faculty, where I recently completed my undergrad studies in 2017 earning a BFA in Drawing and Painting. Most recently, I was granted admission to Hunter College in New York City where I will begin my studies toward an MFA in the beginning of 2019.

Please tell us about your art.
My work consists of figure-based paintings done in oils, at times with the inclusion of certain materials from cloth to cement mix texture. I utilized these textures to enhance a sense of the environment, mimicking certain objects surrounding the space my subjects live in or have lived through. My figures are composed and depicted using academic components of composition that I distort through gestural mark-making and spatial fragmentation conveying movement, morphing, and speaking on the psychological state of the subject. At this moment, my goal is to share my investigation of each subject’s identity and shift’s in identity. I work with two groups, primarily, one being my family and their acculturation process including the hybridization of customs with their immigration to the United States.

In the streets, I have been working on a series of portraits I call “visual interviews” of homeless individuals I meet and with permission interview and photo document our conversations, their put together homes, and the rest of their surroundings. With the photos, I later compose collaged compositions utilizing symbols from the collection of photos to bring forth a visual of my own experience within the subject’s environment and to give the viewer an idea of their living conditions and psychological state. With the questions I ask, I try to investigate their past times asking about events that led to their current state of living, dreams they hope to accomplish now and in their upbringing, and any artistic practice they once enjoyed doing. I paint to shed light on the dense problem of homelessness in the city, for it’s one I have seen grow in my community. I feel that most Angelinos pass through the city brazenly disregarding this problem. I call them the ghosts for they go unnoticed. By creating large paintings and hopefully showing them, I feel I am setting an element of confrontation where in that setting its on avoidable.

As an artist, how do you define success and what quality or characteristic do you feel is essential to success as an artist?
I am a true believer of hard work. My view of success comes in creating artwork, learning and progressing from one project to the next. Staying focused, continuing production, and reaching minds with my work.

How or where can people see your work? How can people support your work?
I show throughout Los Angeles and the surrounding areas whenever the opportunity comes about. If you follow my Instagram @3lmski1, I keep it updated with upcoming shows and information. My website is another source to see my work: elmerguevara.com/ 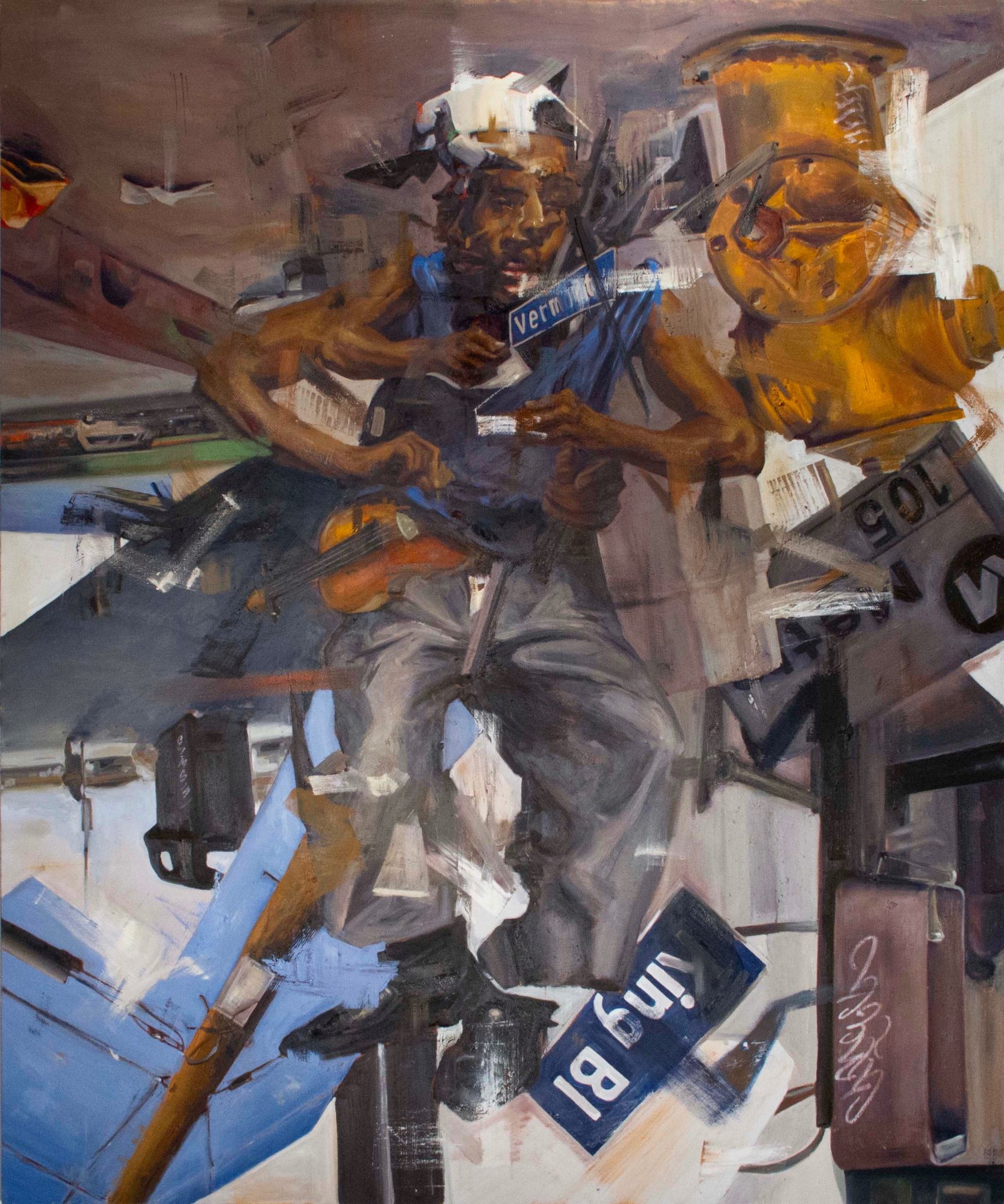 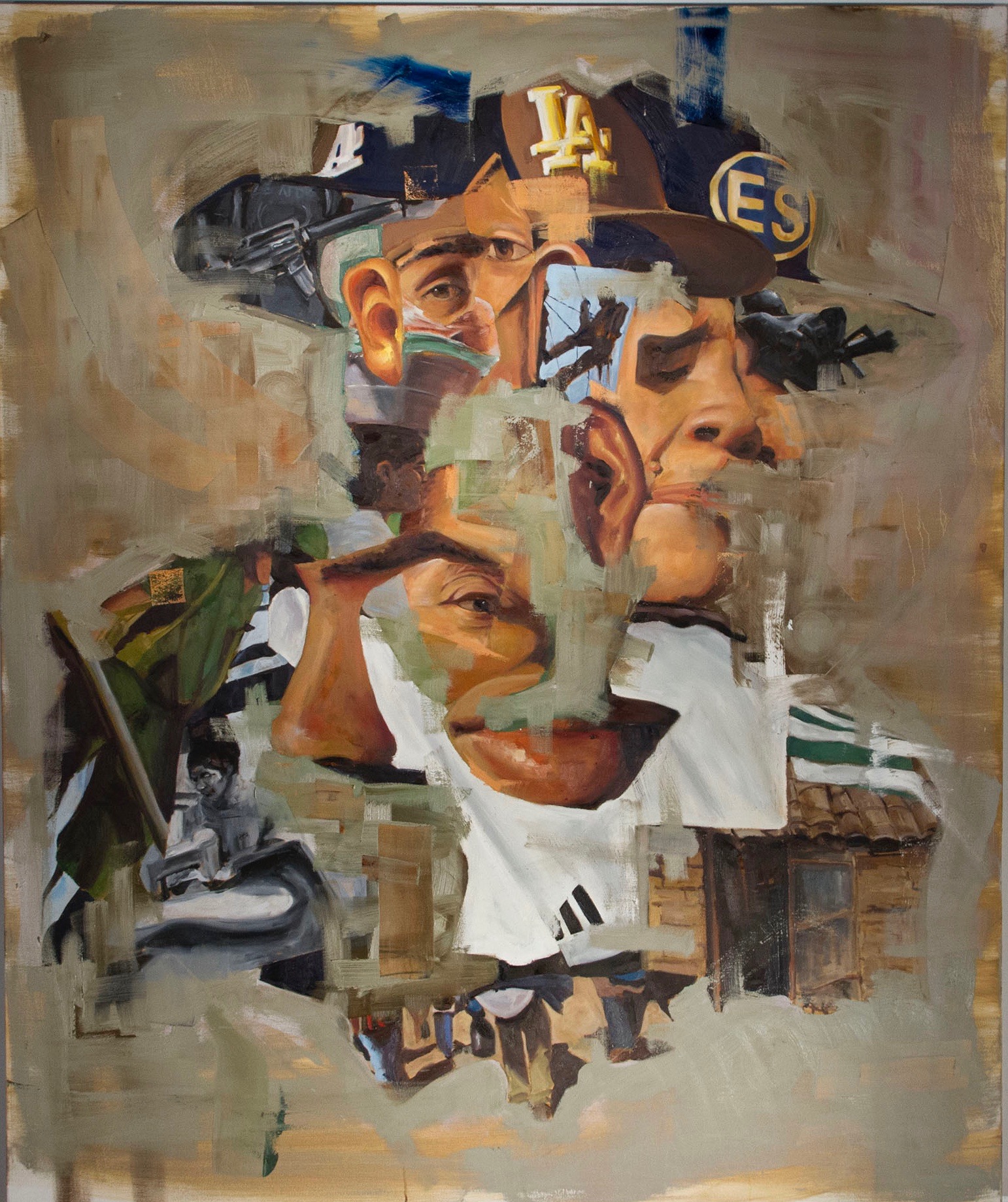 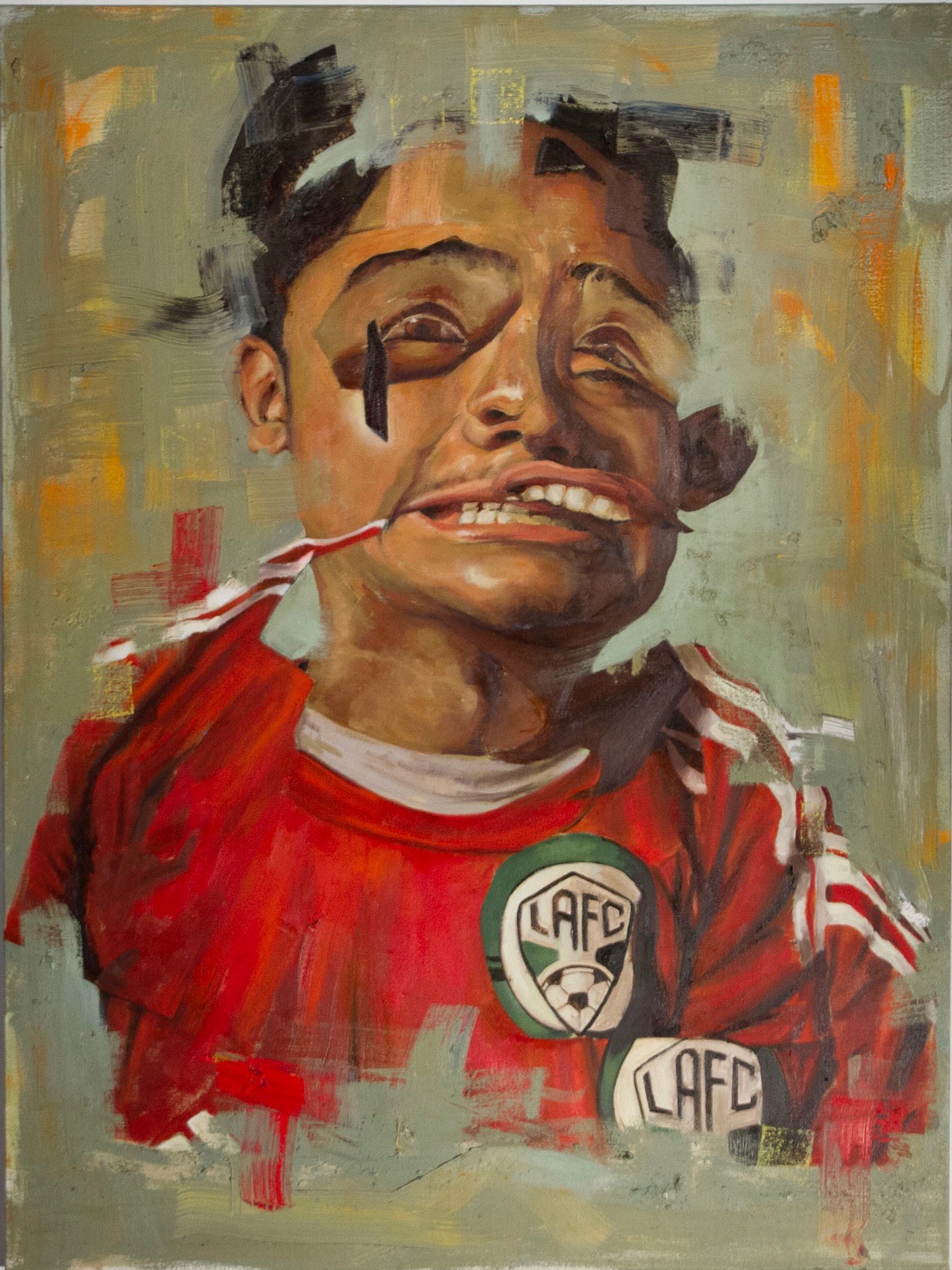 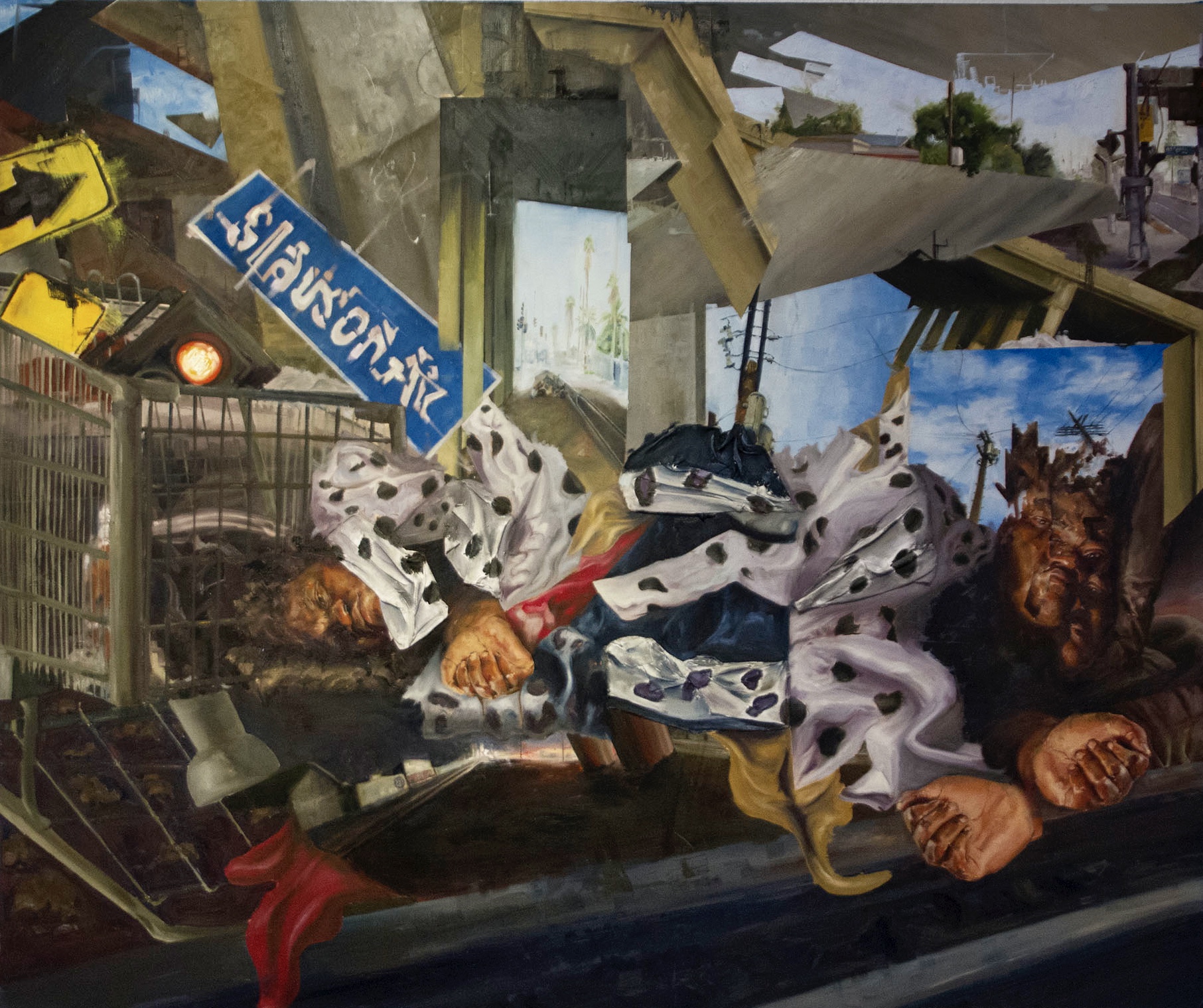 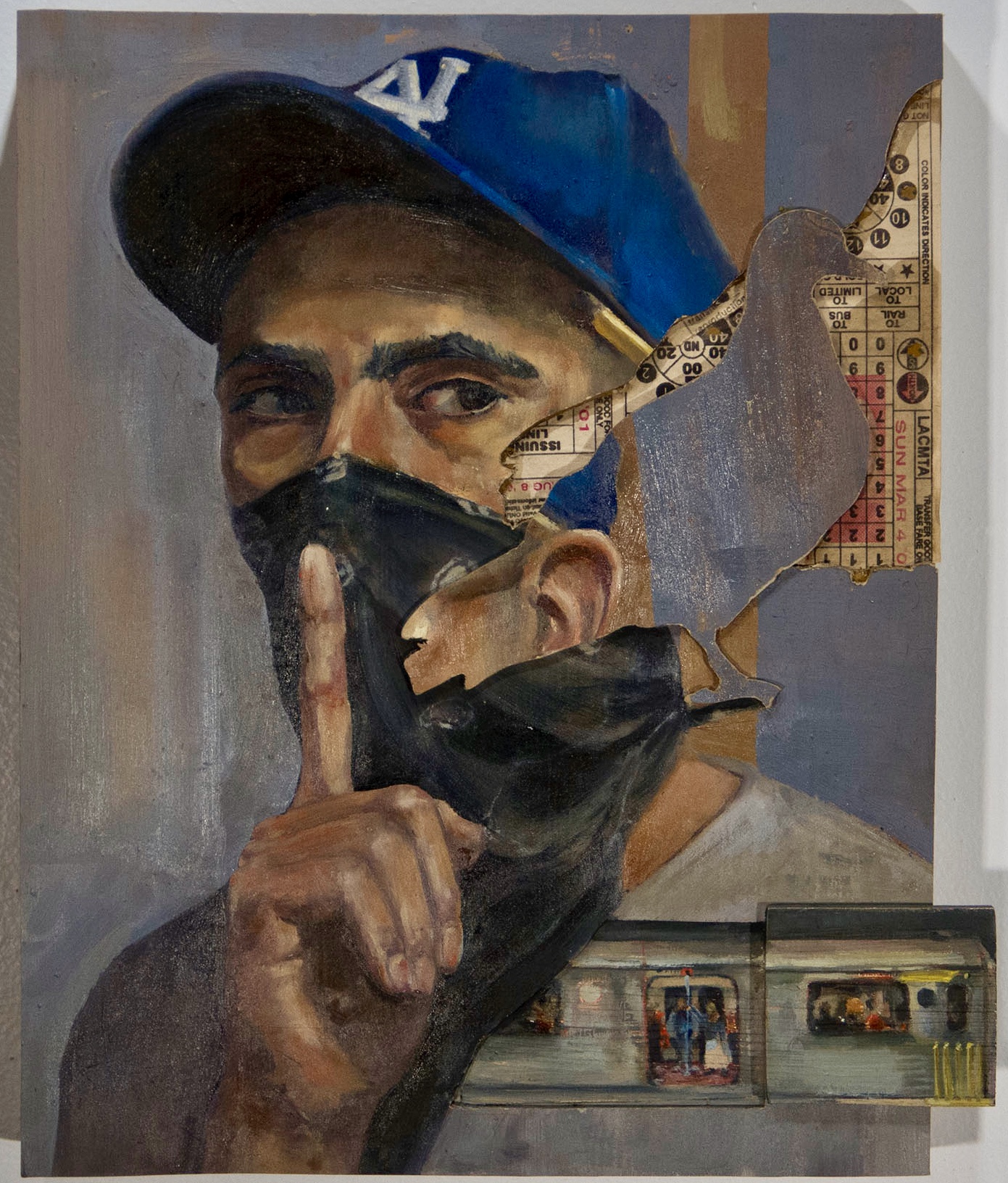