Meet Ellis J. Sutton of All of a Sutton Productions in South LA 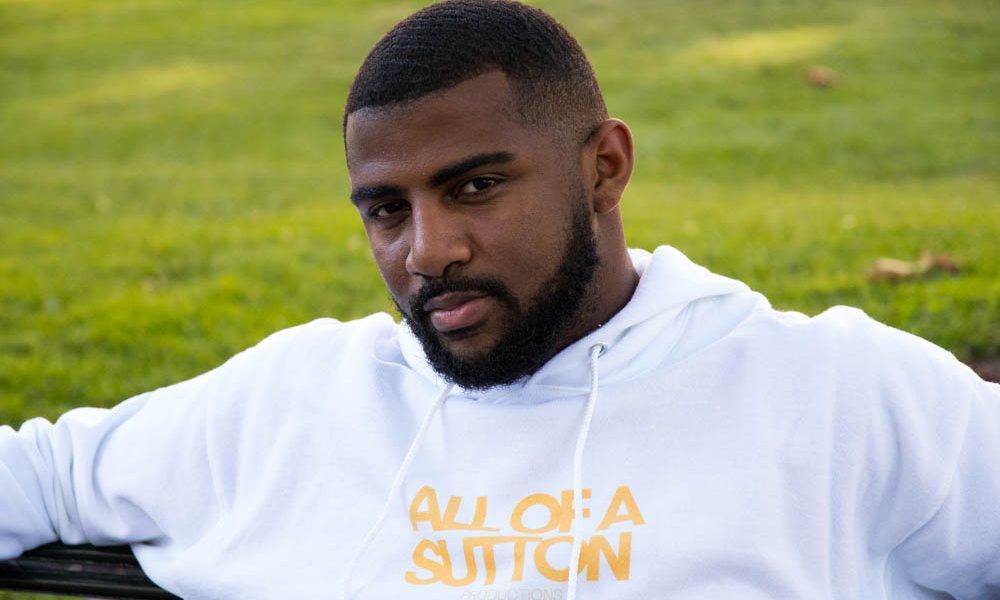 Today we’d like to introduce you to Ellis J. Sutton.

Ellis, let’s start with your story. We’d love to hear how you got started and how the journey has been so far.
Well, despite my low-income background, I grew up in an environment where my parents allowed me to flourish and explore creatively. I took on many interests that included drawing, coloring, writing, chess, music instruments, sports, and of course just watching movies and TV. Even though sometimes I do not see myself as a “creative,” I have done too many creative things to not be one. Shoot, I even had an imaginary friend.

I remember being a senior in high school and taking my first film class where I got to learn and study movies and write a few short scripts. It was the most excited I had ever been to do schoolwork, and I’m happy my teacher encouraged me to keep writing. Because I never saw my creative side as a viable career option, I decided to study history with interests in pre-law or higher education. I transferred to USC as a sophomore from the University of San Francisco without any intention of pursuing film as a career, but thank the Lord for my roommate at USC who told me to apply to the film school based on our endless conversations about movies.

I realized if I were to pursue a career in film, I would have to do it relentlessly until I made it one day. Being broke is not an option for me and I feel immense pressure to make my parents proud. I didn’t even know how to rack focus on a camera less than three years ago. Fast forward to today and now I have experience working for companies and brands like NBCUniversal, E! Entertainment, Deutsch Advertising, and 101 Studios. On top of that, my music videos have thousands of views and my short films have played in multiple festivals and received numerous awards. I’m trying my hardest to catch up to my peers and in many ways, I feel like I have and then some.

We’re always bombarded by how great it is to pursue your passion, etc – but we’ve spoken with enough people to know that it’s not always easy. Overall, would you say things have been easy for you?
It has actually been the smoothest road possible. Yeah sike. I wish.

It has not been smooth at all. Considering I was at a learning deficit, I felt I needed to prove to everyone that I belonged. I remember my first real sense of failure in filmmaking. I had attempted to make a film just one month after picking up a camera. I felt prepared from being on my friends’ sets and was ready to go. However, that day could not have been more disastrous. Not only did I probably go way too overboard with ambition, but I also only brought one camera battery to set that day. My first big lesson in filmmaking: bring multiple batteries.

From there, I started to prematurely question if I was cut out for this, and maybe I should just stick to writing and have someone else make the films. That mentality left quickly and I picked myself back up and bought more batteries. I ditched my first film idea and pursued a new one based on my creative writing class project. Luckily I had more time and received support from my close friend and I shot the film for my application due in February 2018. May came around, and I was film school bound.

I would say the biggest stress on my projects is the money. I prefer to self-fund, but your boy doesn’t have it like that. I don’t have a rich family or family friends, so I can’t make every project that comes out of my head. For me, my projects have to have a strong reason for pursuing. Does it have a meaningful, relatable message? Does it talk about personal experience or relevant social themes? Does it deserve to exist? Because of monetary concerns, I can’t just make it because it will be “fun” or “just cause.” The stakes are higher for me.

Recently, I have been blessed that I have been able to receive a fiscal sponsorship from Film Independent on my latest project, “Little Drummer Boy,” surrounding gentrification and homelessness. Backers have been very giving and support my endeavors in a way where I have to pinch myself knowing what I have accomplished in a short period of time. It’s all crazy. Unbelievable and incredibly humbling.

This year, the COVID pandemic has put a strain on the film industry. It has caused my project timeline to change like a revolving door. I have struggled to figure out a way to continue to make films under the strenuous conditions of a global pandemic where forming large groups are downright impossible. We have had to create multiple layers of protocols to ensure the safety of everyone on set, but the challenge comes from finding a way to make art when the world seems to have other plans. I think of myself as a resilient person, and this new challenge is only another mountain I have to and will overcome.

So, as you know, we’re impressed with All of a Sutton Productions – tell our readers more, for example what you’re most proud of and what sets you apart from others.
All of a Sutton Productions started as a tagline created by my dad. Yeah it’s a clever name and I cannot take credit for it; that’s all Pops. We create music videos and short films with commercials, feature-length films and TV shows down the line. Oh yeah and some dope shirts and hoodies.

I really love what the company stands for: finding talent from all colors and amplifying their voices. I seek the hidden gems in terms of content to create and people to work with because I see myself as one. I was never handed the opportunity to make films, I have to prove myself time and time again just to get noticed. I always say that as a young filmmaker, I get the opportunity to find young and hungry talented people who just need a door opened for them. I get to make videos and films with talented artists, cinematographers, producers, writers, production designers, and directors. I take a lot of pride in being that door even if it’s a small one.

I am proud of the stories we tell and the support we receive for telling them. The stories currently are character pieces where the audience learns exactly who this person is and why we are here with them in this moment of their life. Whether it’s daydreaming about a cute guy in class, trying to learn how to dance in time for a party, explaining to your daughter through a Grinch metaphor why Dad does not come around, or a kid street drummer living in a tent trying to raise money to buy a necklace for a girl, these stories carry meaning and are deeply personal. I’m very proud of that and excited to tell more.

So, what’s next? Any big plans?
The next immediate goal is dedicated to promoting the brand and the new projects. “Krystal & Rae” has been a great success, and “Little Drummer Boy” has attracted some good buzz amongst family, friends, and some personal industry contacts. The t-shirts and hoodies have been great with my friends. All of our success has reached into our personal contacts, but we are slowly gaining attention from those beyond our circles.

“Little Drummer Boy” is such an important story and we are weathering the COVID storm and will be set for production very soon. Fundraising and pre production is still going on, so a lot on our plate at the moment. I encourage anyone to go onto the production site or Film Independent link below to find out more about the project and contribute in any way.

The biggest change, from me at least, is taking the company more seriously. Before it was just a nice name to attach to my projects, but now I have to make decisions based on my brand and ultimate goals. Getting more commercial work is the next big step and due to our COVID experience, we will know how to navigate through this period and build safe sets.

Personally, I am looking to understand more ways to create safer sets. As a producer, making a film is important, but making a film the right way is even more important. I hope to sign on as a COVID compliance officer or Producer on more film sets and help other productions build off the momentum me and other producers I know are creating right now.

I am excited to see what else is in store for the production company and our projects going forward. The industry needs to amplify diverse voices now more than ever, and we are ready to tap in and be a part of the next wave. 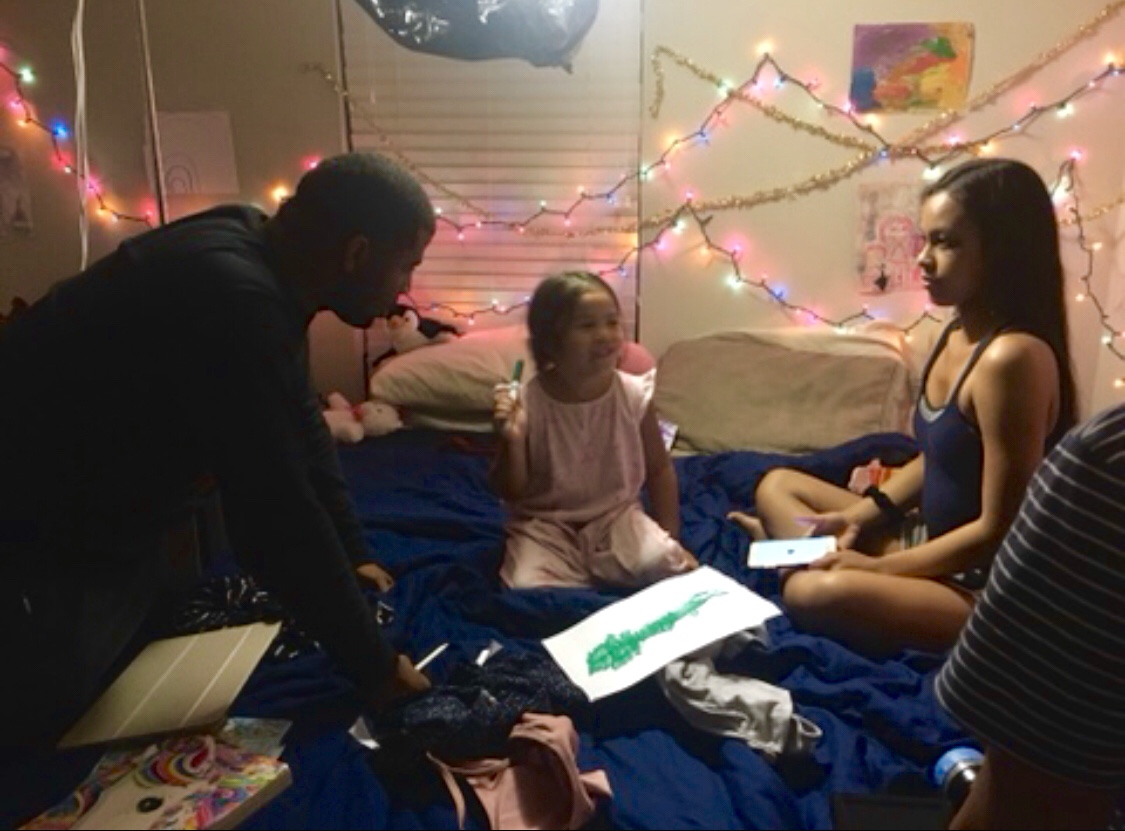 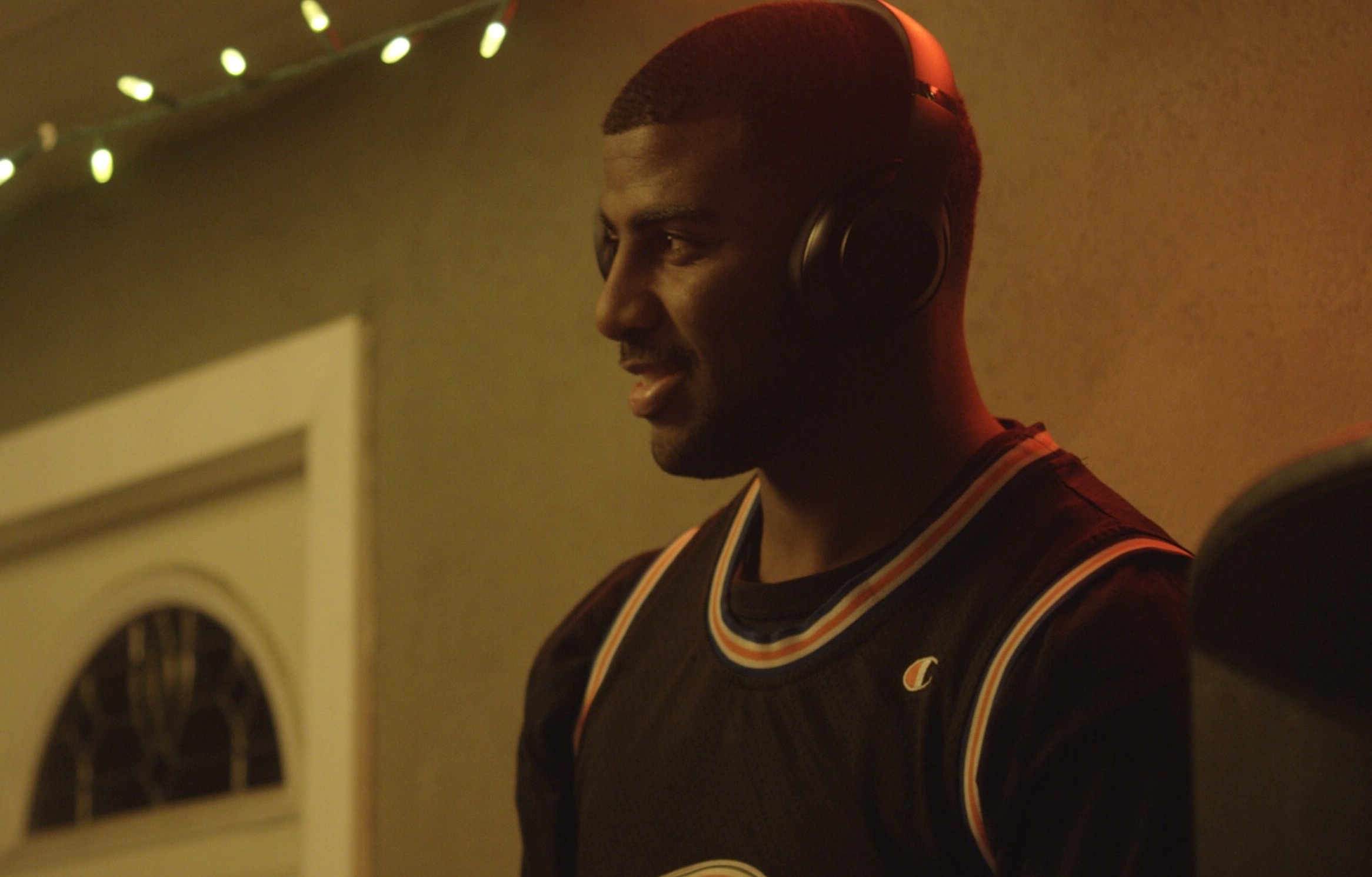 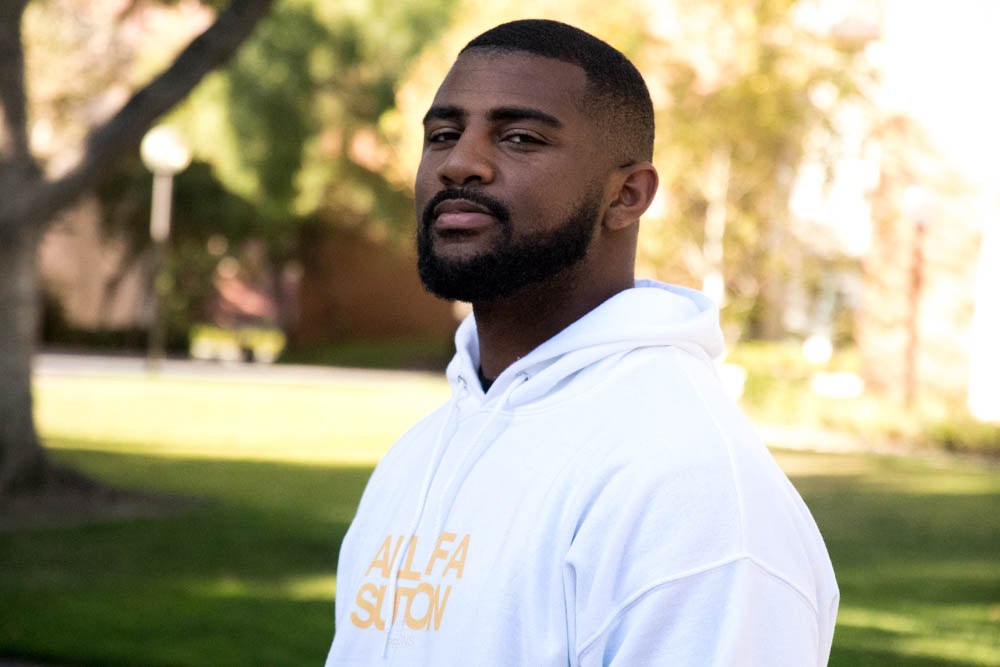 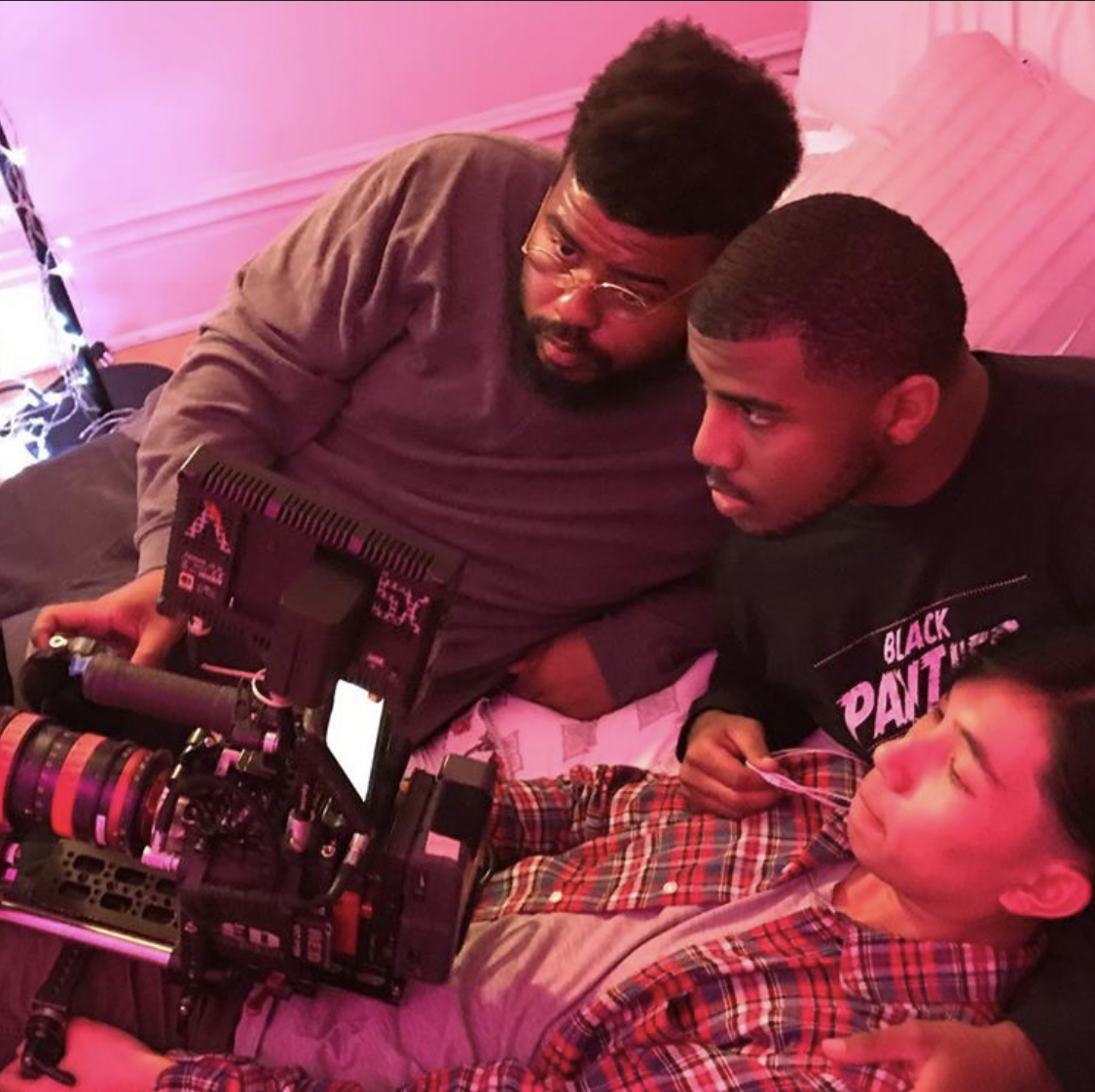 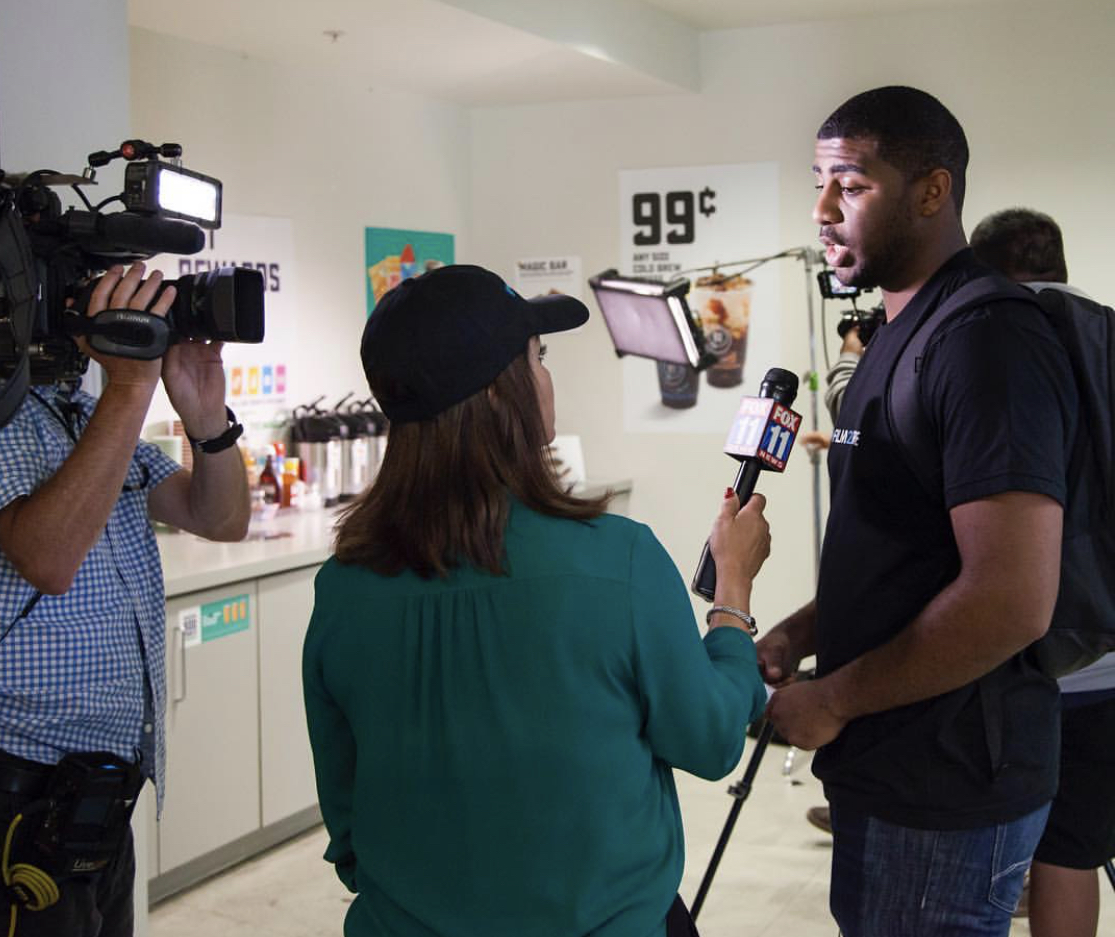 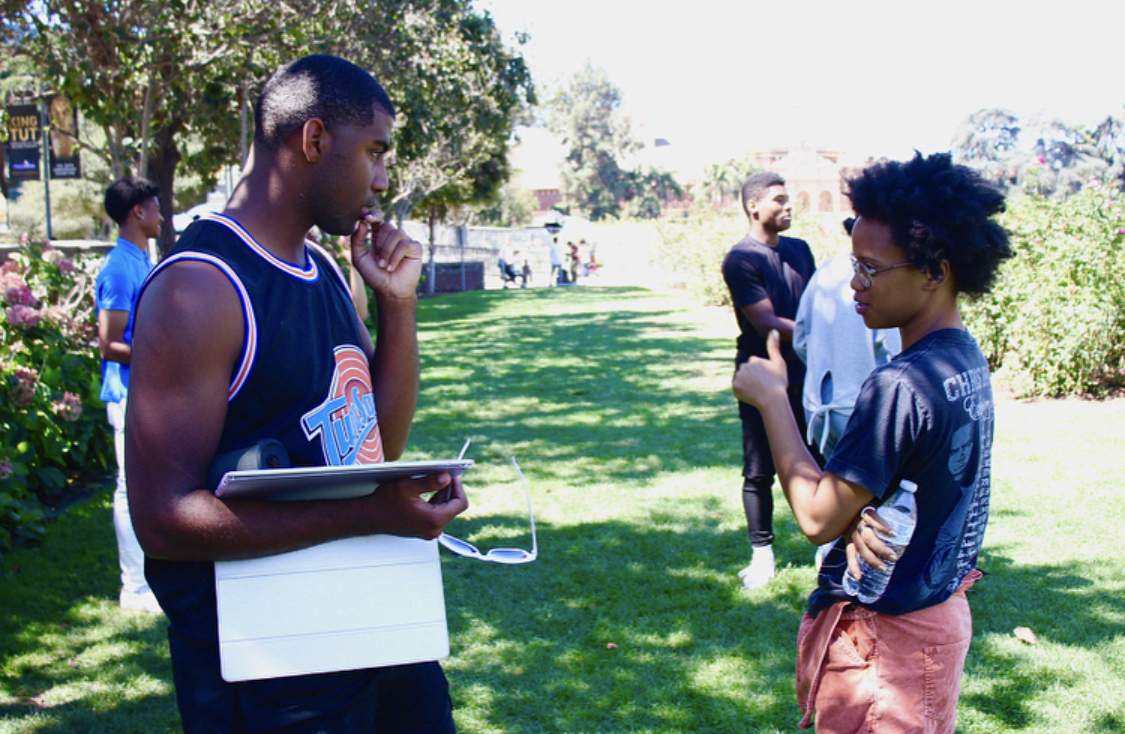