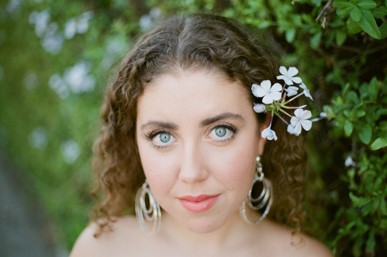 Today we’d like to introduce you to Ella Jenkin.

Thanks for sharing your story with us Ella. So, let’s start at the beginning and we can move on from there.
My mum met my dad at a disco in LA, where she was raised, and they later moved to my dad’s hometown, London, and had me. My mum was a dancer and my dad managed an art house movie theater among other odd jobs. I grew up around lots of creative people; most of my parent’s friends were artists so I never felt much pressure to have a ‘normal’ job. My childhood was filled with galleries, parks, and make-believe.

I started my journey into the more offbeat side of performing through an obscure form of French modern dance performed in town halls in North West London. We would pretend to be trees and elves and bumblebees all while wearing light blue lycra unitards. I then transitioned into becoming an ice dancer, training for hours before and after school and competing nationally. From there I joined one of the few competitive cheerleading clubs in London, dabbled, experimental theater and adult ballet. I then transitioned into acting.

I had always known I wanted to perform, but it took me a while to realize that what I really wanted to do was to communicate stories to the audience. This leads me to start writing and creating my own content to perform. When I visited LA and found long-form improv, I was hooked. I loved the intimate connection with the audience and how they are involved in the story. I fell in love with the spontaneity and risk factor – it feels like gambling your pride for the chance of winning a good show. You have to be totally okay with looking ridiculous most of the time (something I’m sure the lycra unitards prepared me for). Improv opened so many doors for me and really helped me to become the writer/performer I am today. I have been living in LA for four years now writing, acting and performing around town!

Great, so let’s dig a little deeper into the story – has it been an easy path overall and if not, what were the challenges you’ve had to overcome?
It’s not always easy living on a different continent from the people I love, sometimes LA can feel extremely lonely. But I try to use that to push myself creatively. I am very conscious of making my time in LA worthwhile because I know how lucky I am, yet also how much I sacrifice to be here.

I remember when I first moved here I didn’t know anyone, and on Saturday nights I would go to grocery stores and people-watch for hours. I think since moving here, I’ve really learned to enjoy the company of strangers. I love going to the movies by myself because even though you’re alone, you are all experiencing the same thing together. That’s one of the things that made me want to make movies, I want to tell stories that can bring people together and make them feel less alone.

Please tell us about your work.
I am an actor, and I write, improvise and do characters! I trained as an actor in London before moving out here. I really love bringing people’s characters to life, because you get to be part of a story outside of your own imagination and bring the writer’s character to life in your own unique way.

I also strongly believe in writing the roles you want to play. Especially as a woman, I want to show strong real women, like the ones I am surrounded by in real life. I just finished co-writing my first short film that we will be shooting next month. I wrote it with my friend/neighbor and it’s been really fun bringing our teeny idea to life. It’s about a psychic who is obsessed with Elvis and it shares a glimpse into one of our many weird conversations about the mystical world. Writing and telling stories is so important to me, it’s how I can communicate my ideas on a large scale. Stories connect people from all around the world, I think it’s so cool that I can make a video here in LA, and people can watch it thousands of miles away.

I was introduced to The Upright Citizens Brigade by my friend’s neighbor who thought I would like it. That’s when I really took an interest in comedy. I perform around LA with my all-women team Moon Boy. We do improvised experimental one-act plays that I would describe as whimsical yet twisted. I also host a bi-monthly show in Los Feliz called Minor League Harold Night, we give up-and-coming improvisers the chance to perform a Harold (the improv structure that UCB teaches). You can also see me with my improv duo Tea and Cafecito. I’m Tea (because I’m British) and my Miami babe team-mate is Cafecito!

Recently I’ve started writing more characters, I perform them at shows around LA and also put them up on my Instagram. Often times I write characters that I wouldn’t normally get to play. This is exciting because I get to step inside a totally new person that’s really different to who I am. Recently, I was an awkward German substitute teacher who gets stuck teaching sex ed. I went to my local shop to buy condoms in character. It’s fun to go out into the world as someone else sometimes!

Do you look back particularly fondly on any memories from childhood?
I really loved that I grew up near Hampstead Heath, a big park in London. Most of my favorite memories take place there. I especially remember playing fairyland in the woods there with my mum. She always taught me to believe magic is real. We used to go to outdoor concerts there too, and my favorite was the Sound of Music sing-along where we waved edelweiss as we sang. I also had my first kiss under a tree on the Heath by the bandstand that Fleetwood Mac did a secret show at many decades ago! 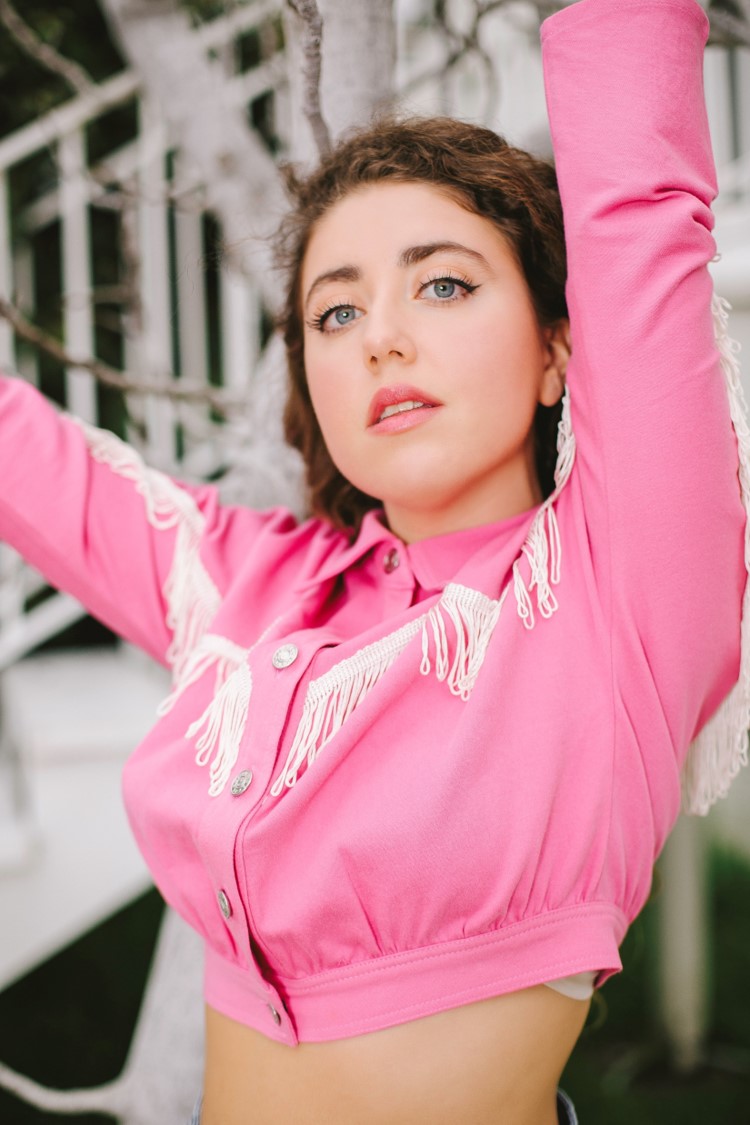 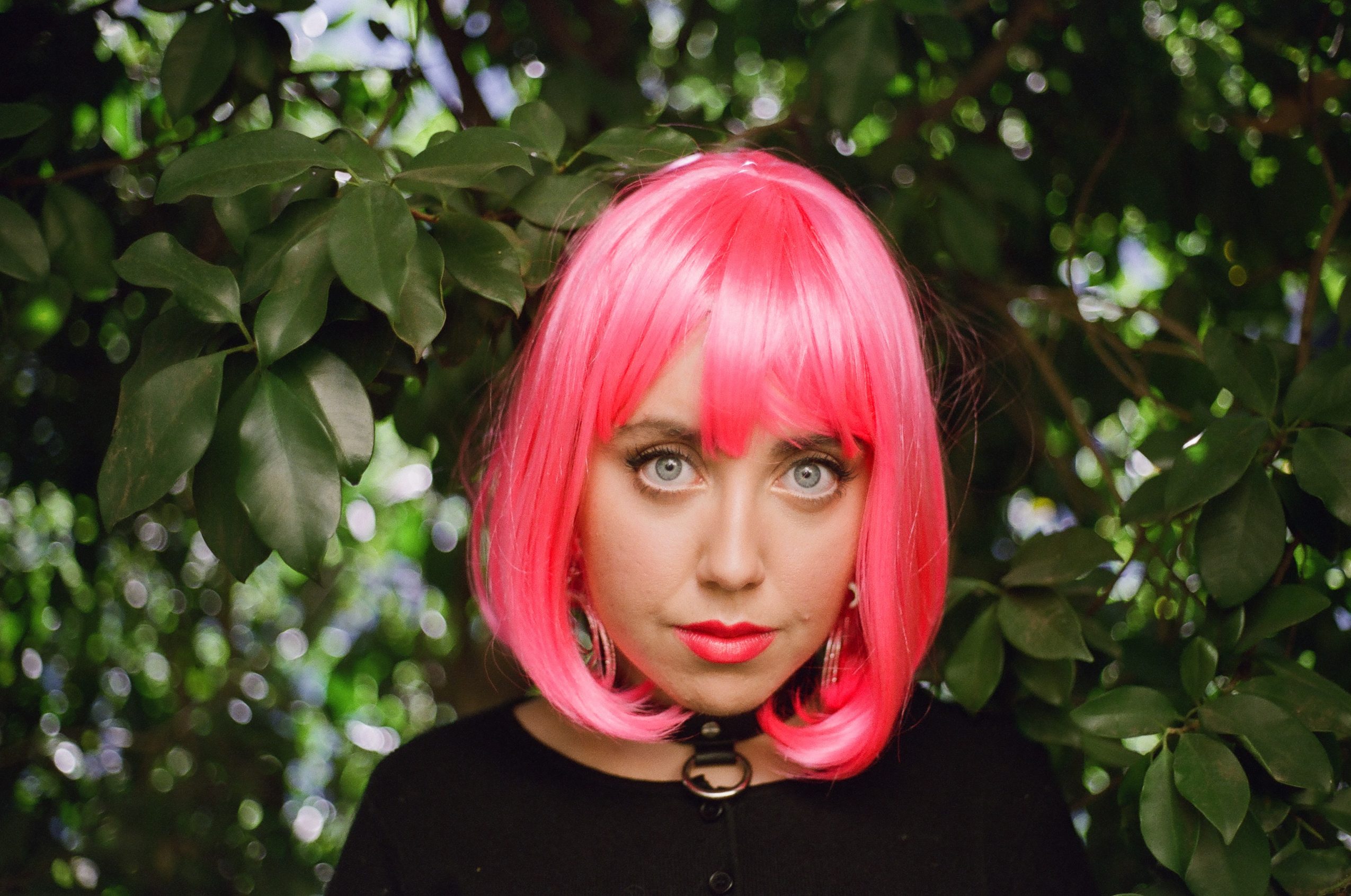 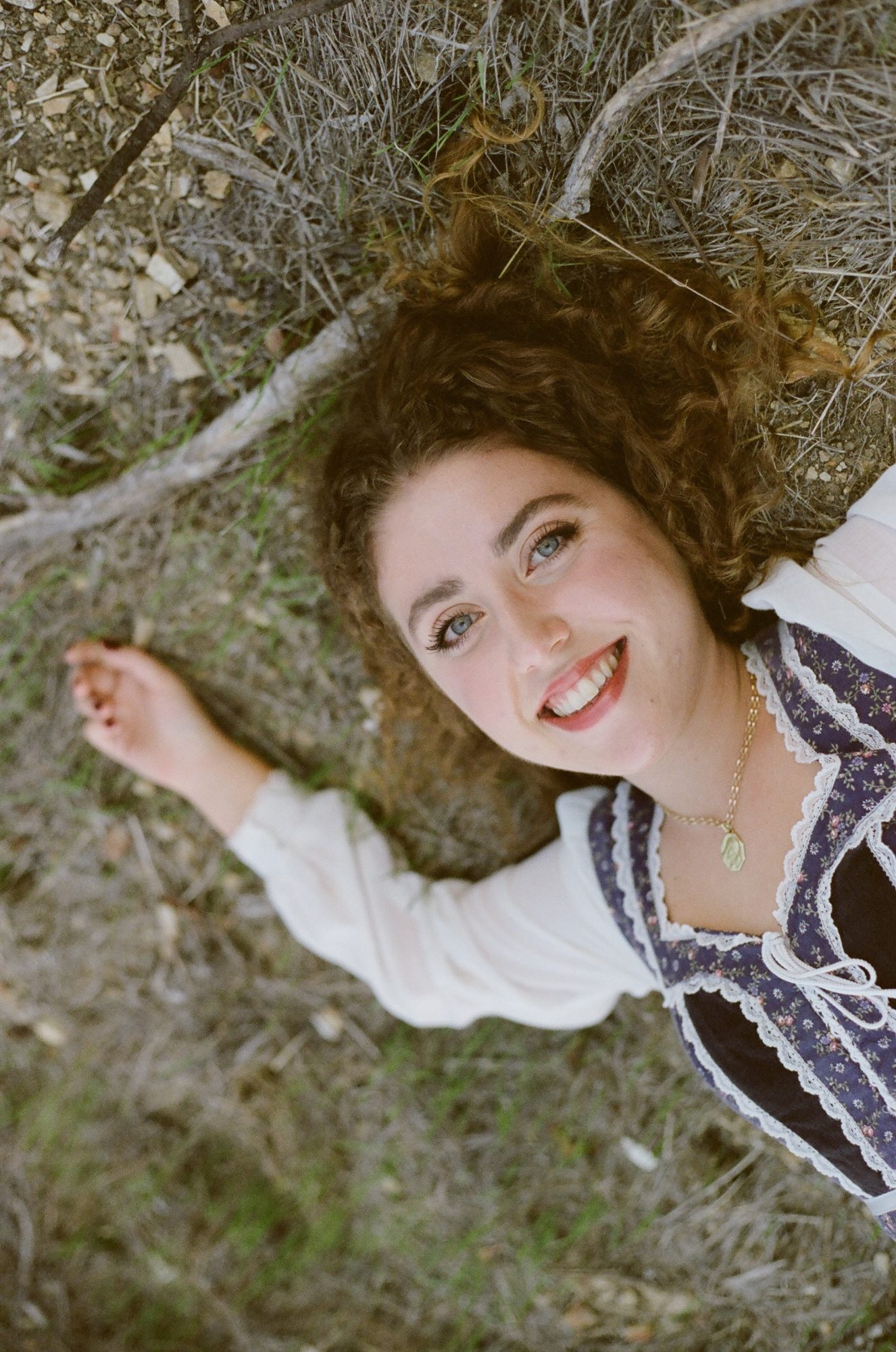 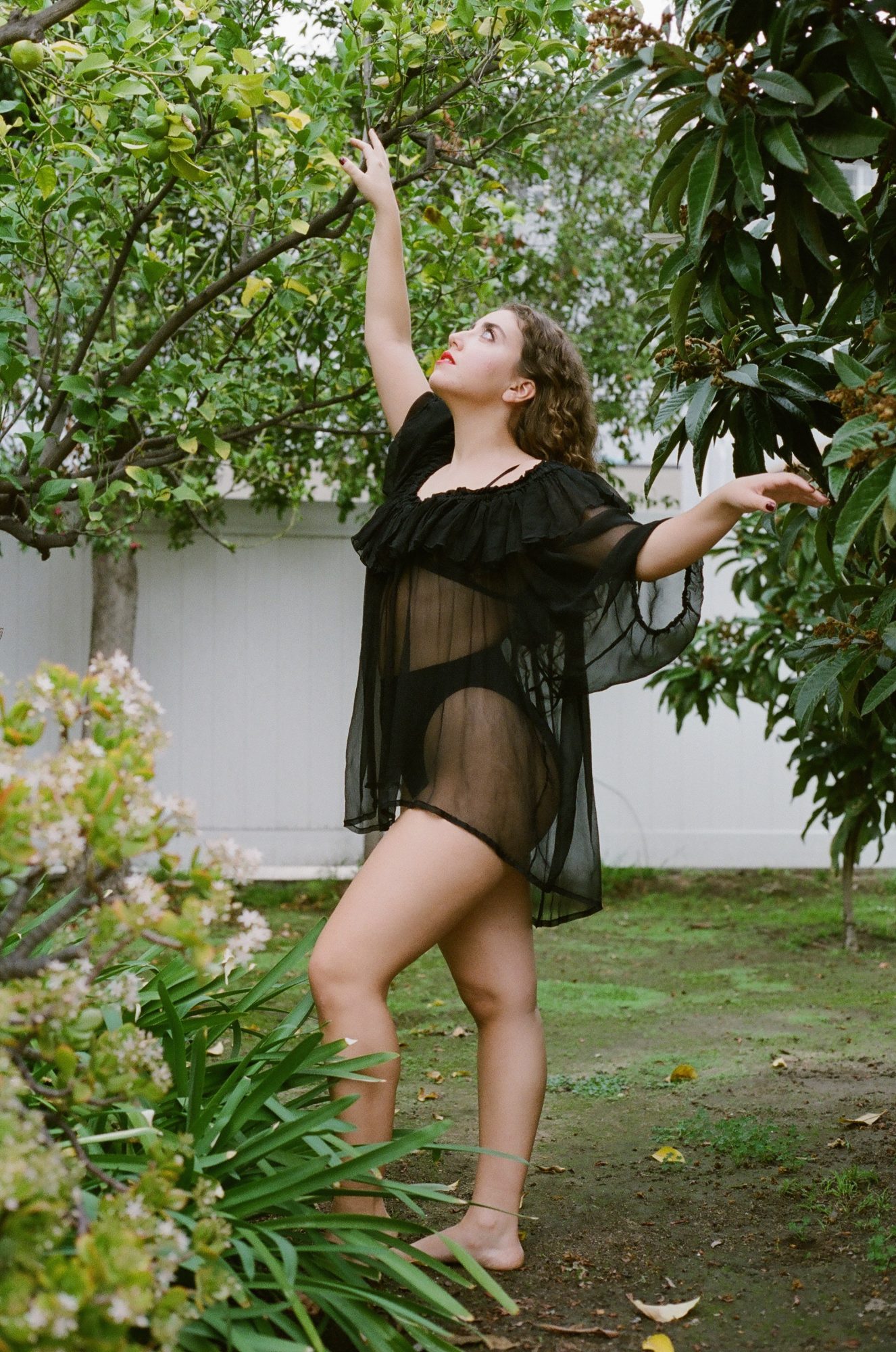 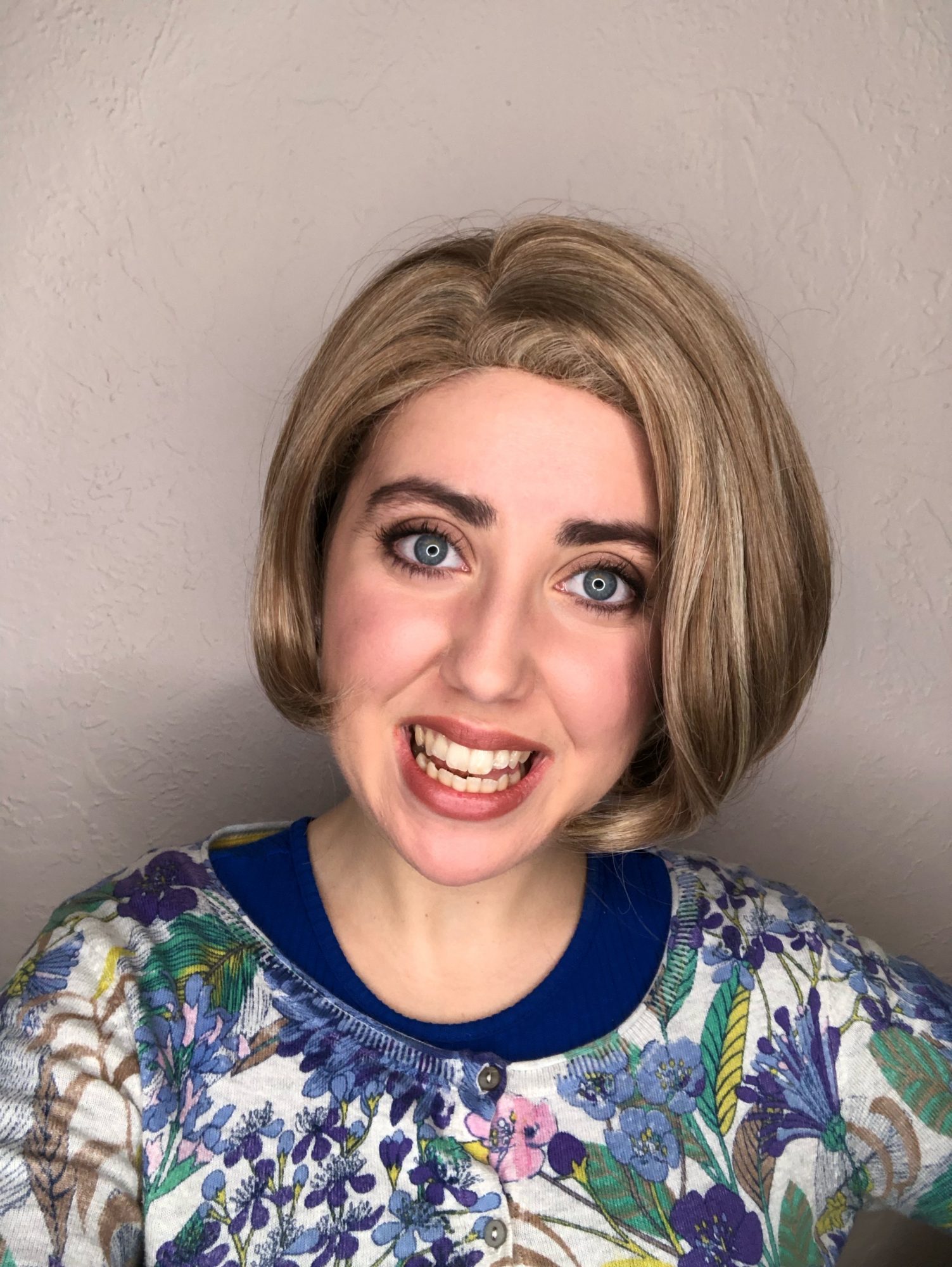 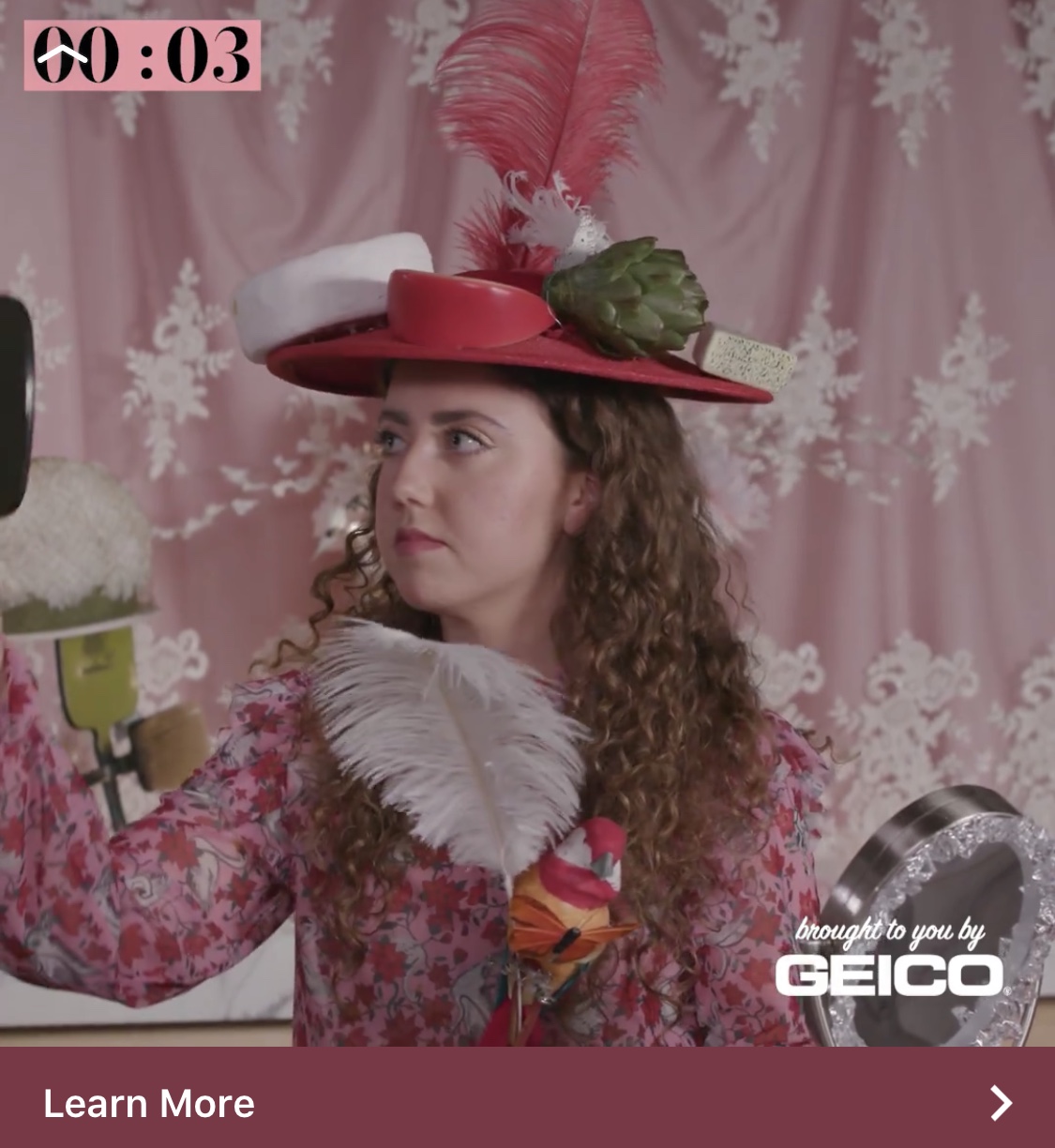 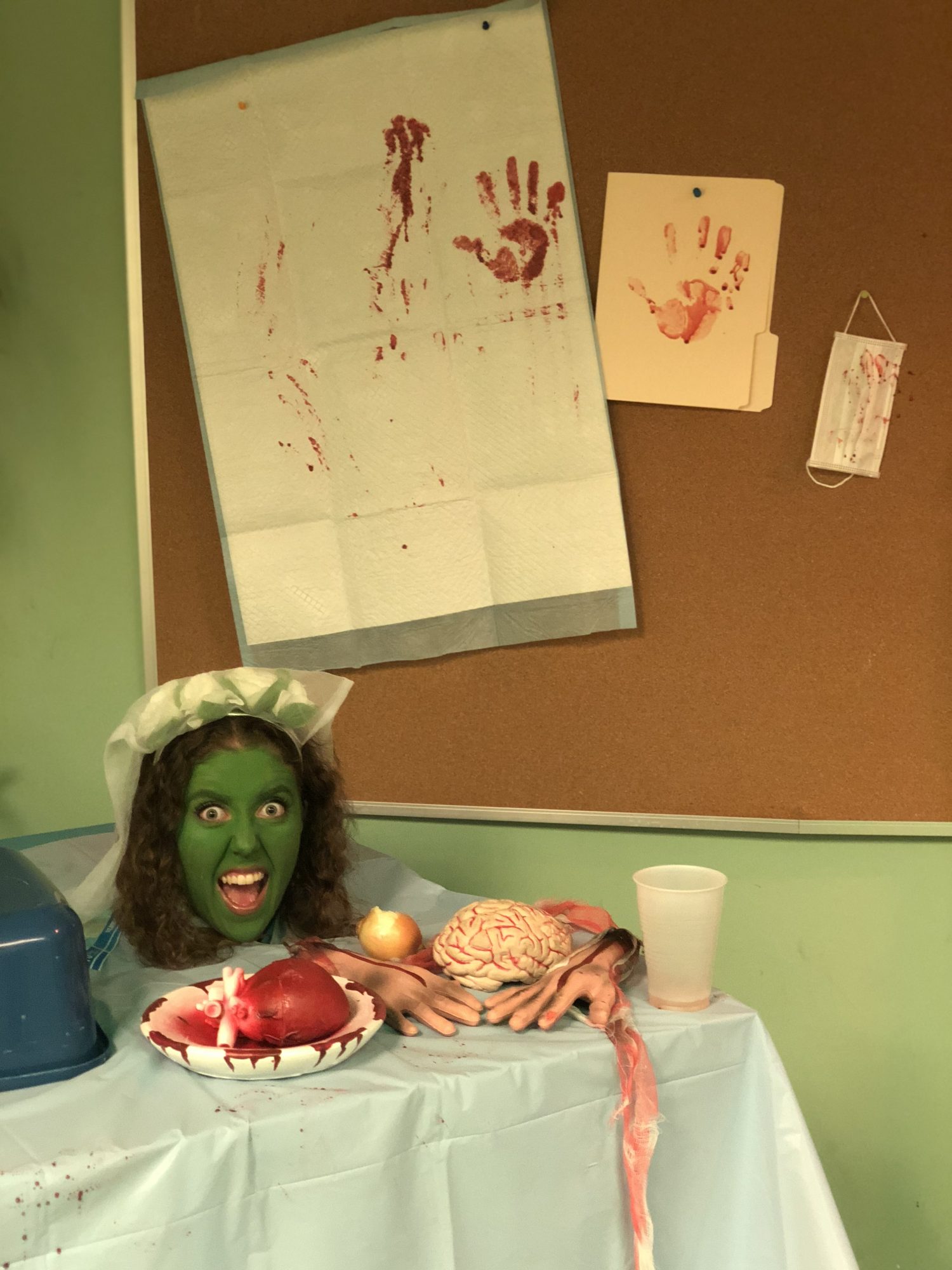 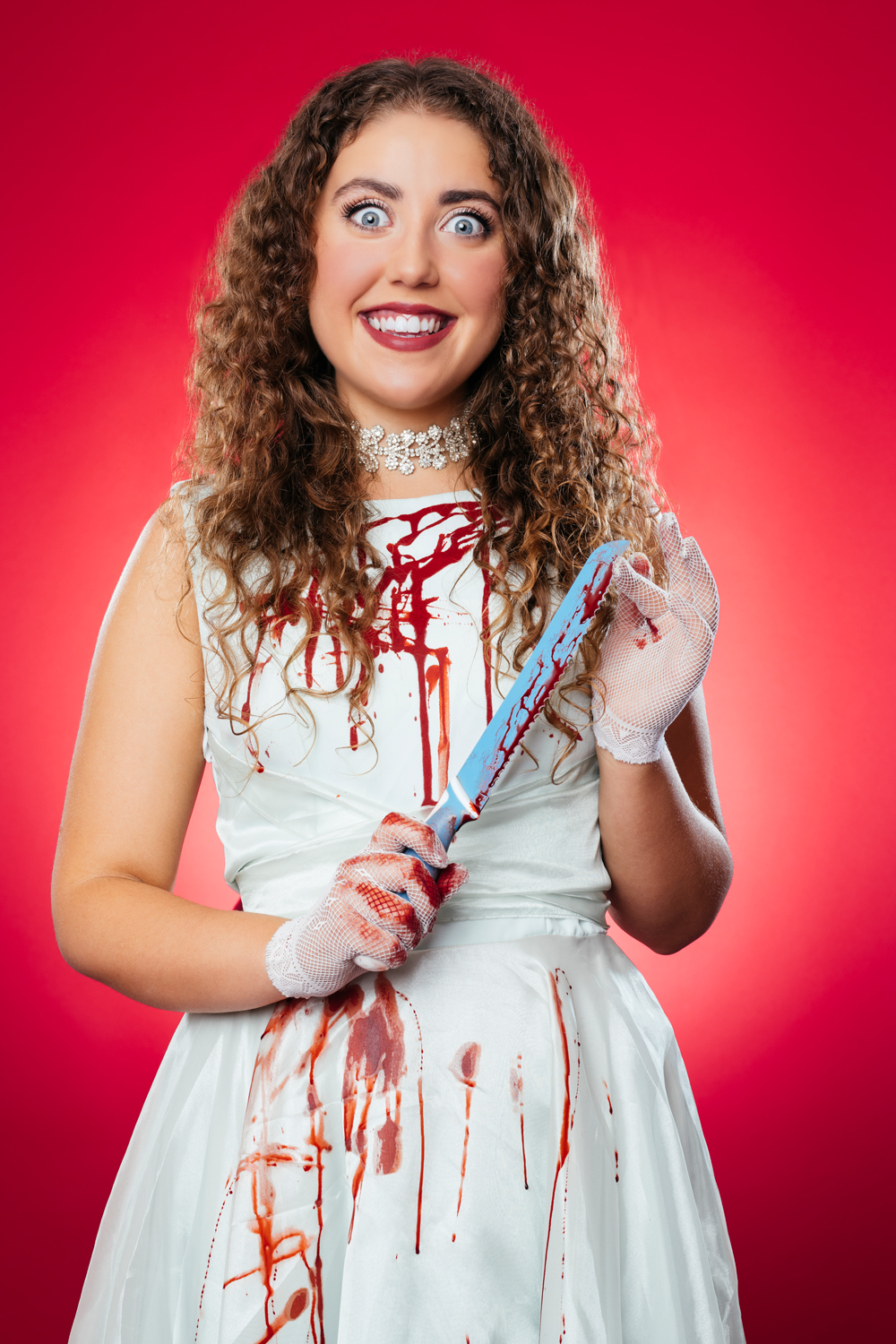