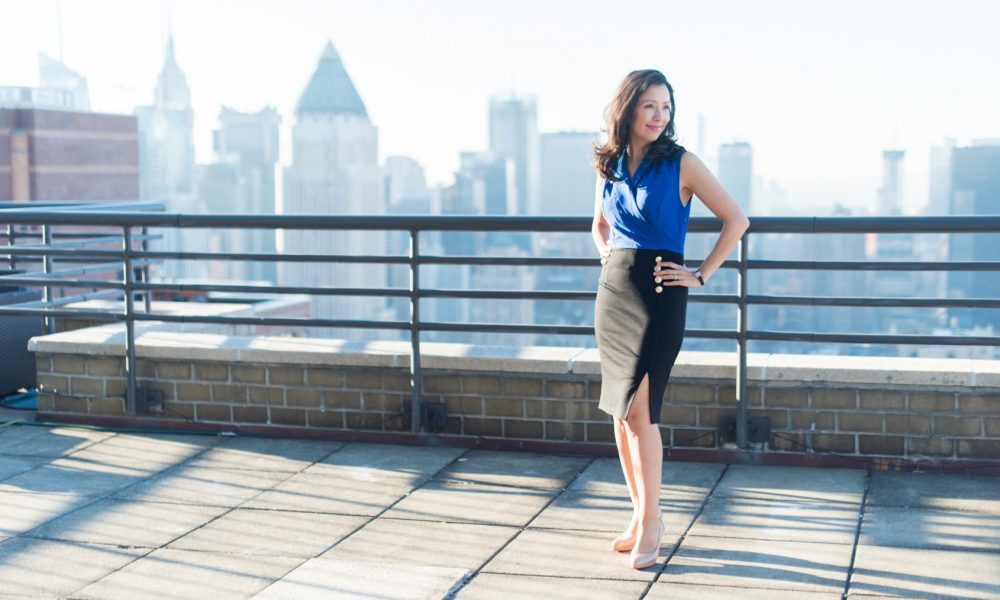 Today we’d like to introduce you to Elizabeth Koraca.

In 2006, Elizabeth Koraca left her homeland of Canada, abandoning the beginnings of a promising career in politics after a stint as a policy advisor to a cabinet minister with the Ontario government. She headed to New York City to fulfill a dream of becoming an on-air reporter. But when she arrived, her dogged enthusiasm was met with a barrage of rejection and criticism: “You’re not good enough.” “You don’t have the right look.” “You’re a foreigner.” “You don’t have the right experience.” “You need to go to a smaller market,” she was told whenever she interviewed for a position. The dismissals mounted, and her enthusiasm waned. It was a painful blow for the young woman who had always been tenacious in pursuing career goals. Her drive to overcome obstacles stemmed from her childhood when she battled extreme shyness and self-doubt and was discouraged by a teacher from ever considering a future in public speaking.

When her first job finally materialized—a low-paid camera operator position, requiring her to carry 70 pounds of equipment to shoots—she began to channel her frustrations into action, with a laser focus on the future. “Everyone’s path to empowerment is unique.” Soon, she got a big on-air break with a job in the Bronx. Not long after, she was offered the position of financial TV journalist at Reuters, the largest news organization in the world at a publicly-traded company, working not just on local stories but at the global network level. It was the beginning of an auspicious career, managing a team and overseeing direct reports for the Reuters NY/Chinese Central Television (CCTV) business partnership.

As a TV anchor, Elizabeth traveled the globe for stories, reported from the New York Stock Exchange, and interviewed hundreds of top CEOs and billionaire investors. She learned how to simultaneously ask critical questions of her sources and put them at ease in front of the camera. Many of them were petrified. She realized there were a number of financial executives in powerful positions who had attained success but still lacked confidence in their abilities. And they didn’t have the tools to overcome their fears. She soon launched the Reuters/CCTV Singapore bureau where she trained and coached print reporters to develop and improve their on-air skills for daily live reports on Asian markets, broadcasting to viewerships in the hundreds of millions. As her expertise grew, so did her confidence and certainty. She was no longer riddled with fear and self-doubt. And others began to notice. She was emboldened by her leadership position, growing knowledge, and the positive feedback from those around her. “A state of fear is not sustainable.”

Nearly seven years after joining Reuters as a TV anchor, she was deemed “top talent” and hired as a consultant to work with corporate professionals at Thomson Reuters. She launched her own coaching practice, working with clients from Morgan Stanley, Google, top hedge fund firms, entrepreneurs and founders running their own businesses. Today, Elizabeth leverages the skills she gained as a TV anchor and the formal education she gained through professional coaching programs to empower people across industries to take charge of their careers, grow their revenue, expand their client base, and shed personal insecurities, much in the same way she did when she tackled the competitive New York television market years before.

While she has built a core clientele in the corporate world, her practice has evolved, serving all industries and professions, ranging from financial executives and fellow coaches to entrepreneurs and educators. Elizabeth has been a TV contributor on CNN, CNNi, Fox News, Fox Nation, Business Rockstars, and iHeart Radio on topics ranging from goal setting to time management and finding your purpose. Her advice has also been featured in the print publications New York Magazine, NASDAQ, Yahoo, Entrepreneur and more. “Changing your professional outlook will translate into direct rewards.”

With clarity of vision, Elizabeth shows clients how to identify blind spots, cultivate relationships, and self-promote without seeming inauthentic. Intimately familiar with the pressures of the financial world and the rigors of New York’s daily grind, she has helped high-powered executives conquer anxiety and has taught shy, aspiring leaders to speak with authority. She is meticulous in her execution, but approaches each client without judgment, guiding them to a new purpose with a firm but patient voice: Engage your audience and retain your composure. Speak from the diaphragm and don’t muddle the message. Be assertive but not defensive. Be passionate, certain and confident. Channel fear into action. Don’t succumb to self-doubt. She shows her clients how to overcome adversity and seize the spotlight they thought was out of reach. With her guidance, the unassertive gain direction, and the lone wolf becomes the leader.

Great, so let’s dig a little deeper into the story – has it been an easy path overall and if not, what were the challenges you’ve had to overcome?
My Story of Anchor to Coach: My Drive to Inspire

Why do I do what I do? I know how self-doubt can anchor us and keep us from pursuing our goals and dreams. I know because I was once plagued by doubt myself. I like to share the most inspiring experiences I’ve had with people, and why I believe in their potential. I discuss what compels us to want to help others overcome adversity and how building confidence helps us far beyond the workplace. I work to boost job performance, but I also make it my mission to discover the voice inside you that is afraid to come out, the voice that wants to lead, innovate and grow. Discovering that voice is what inspires me.

We’d love to hear more about your work and what you are currently focused on. What else should we know?
There are several identifiable traits about myself and my business that makes me stand out as a coach and strategist in this space.

The first is based off of feedback I’ve received from clients, who say I have an ability to make people feel comfortable and safe with me. When they’re asking for guidance for improving themselves, a process that could make one feel vulnerable, I help them avoid that and feeling badly about themselves. Through sharing personal stories, examples and details from my past I normalize what they’re experiencing.

Another thing that makes me unique is my background in television. I was a TV anchor for Reuters and through that experience I am able to share my expertise on speaking with confidence, clarity and engaging an audience effectively.

The third element that makes me unique is my ability to communicate with many different types of people with different personalities. During my career, I interviewed close to 1,000 different fortune-500 CEOs, top executives and influential billionaire investors. I take what I learned from them and their success and make it accessible so others can do the same.

What moment in your career do you look back most fondly on?
1. Achieving successful on-air career in NYC when so many told me it couldn’t be done.

2. Having the courage to leave a 6-figure TV Anchor job with one of the largest broadcast companies in the world to pursue my passion, to build a practice teaching people the tools I wish I had so many years ago. I absolutely LOVE what I do. It is with great joy that I teach people how to speaking confidently, feel in charge and in control, leverage your skills, ask for what you want and get it and have a plan and strategy on how you are going to achieve your dream life. I use the tips and tools I learned as TV anchor to help others empower themselves. 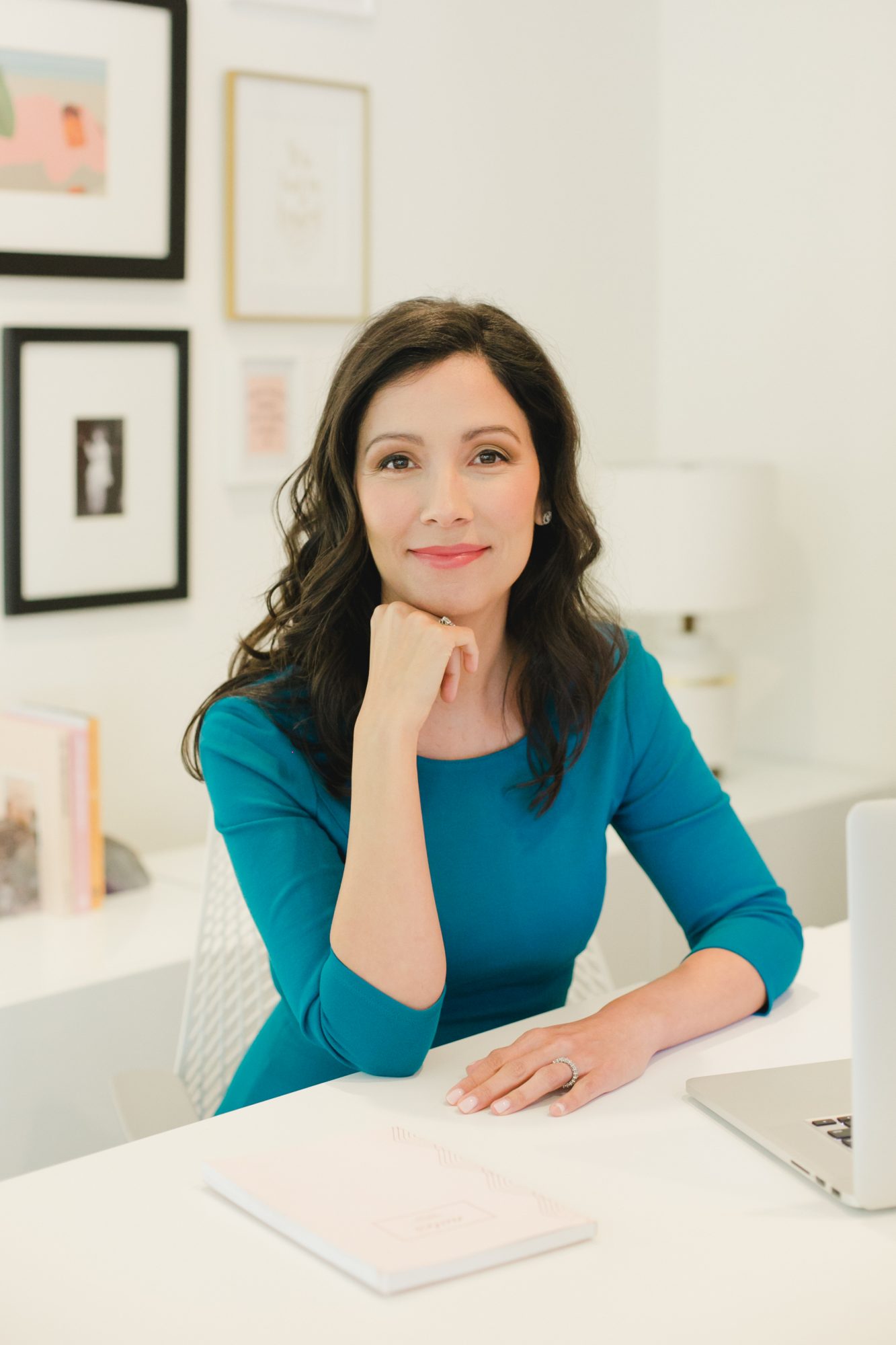 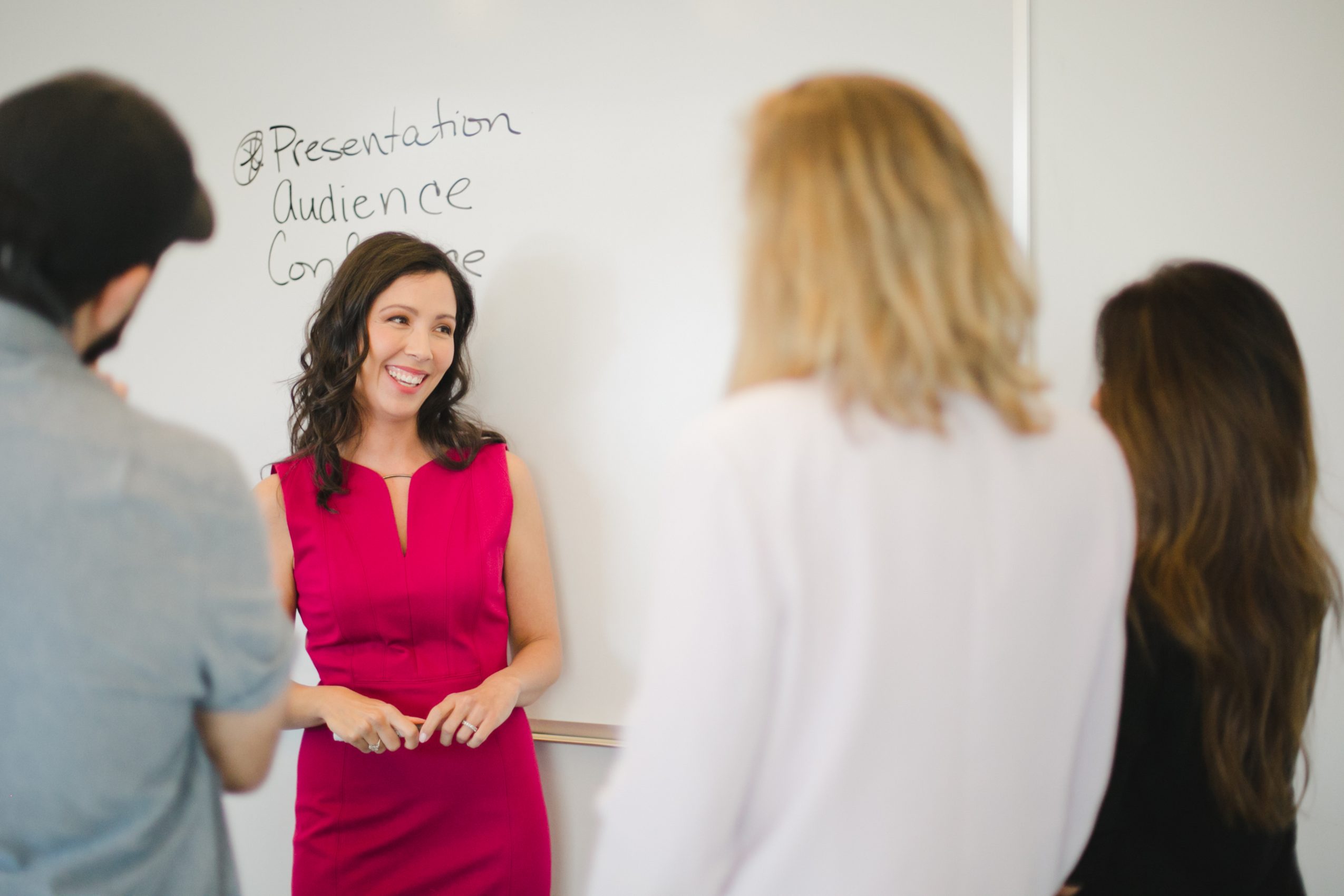 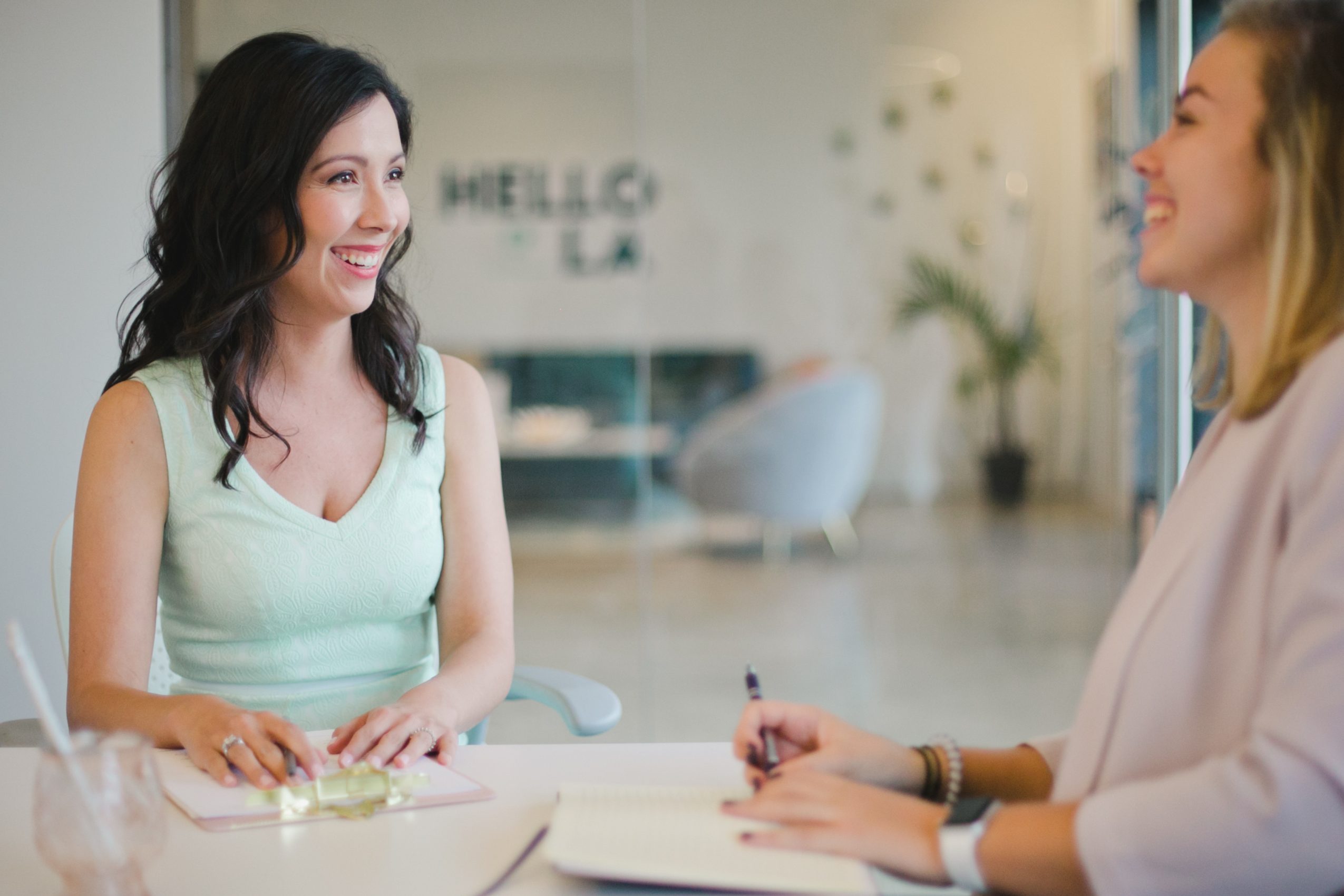 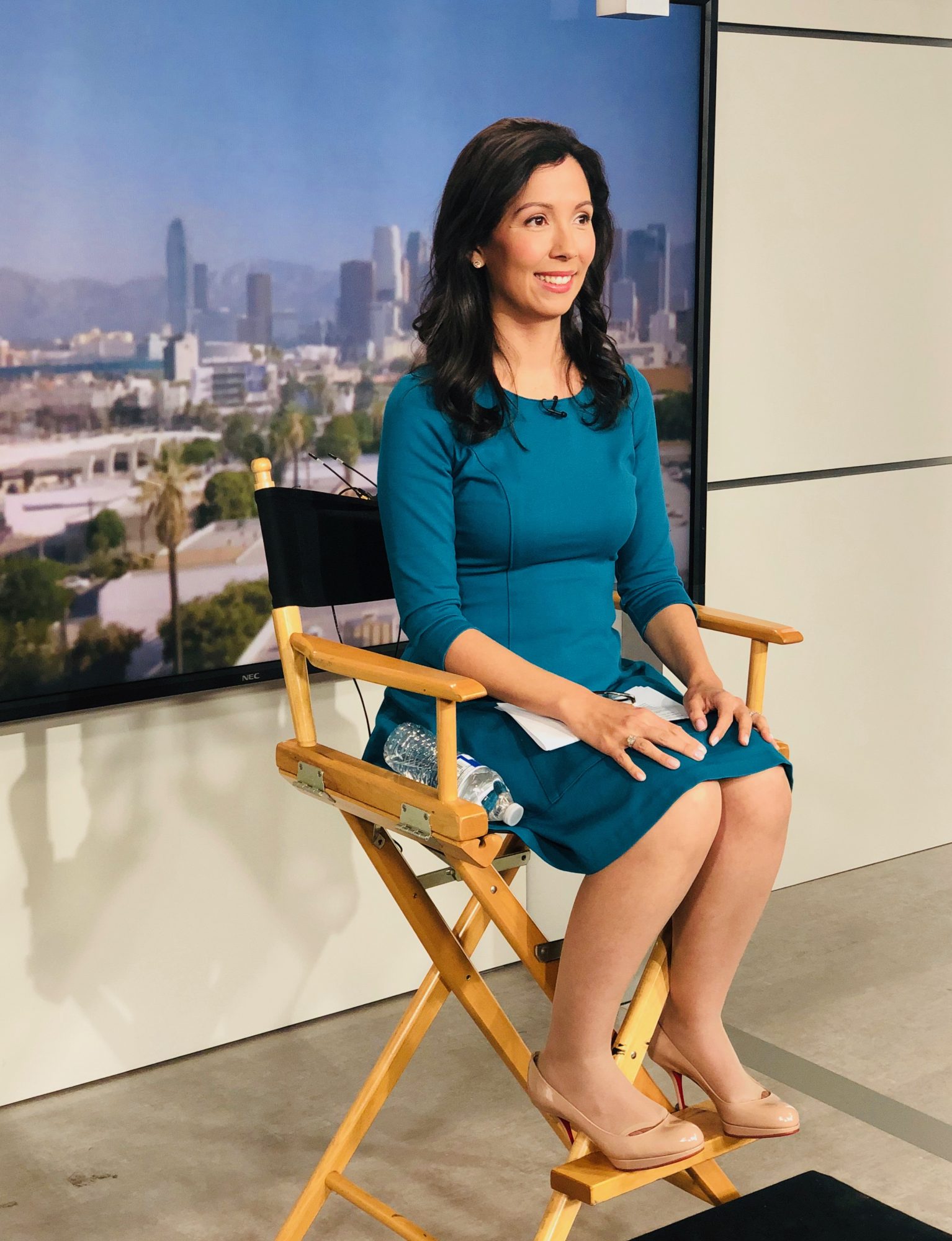 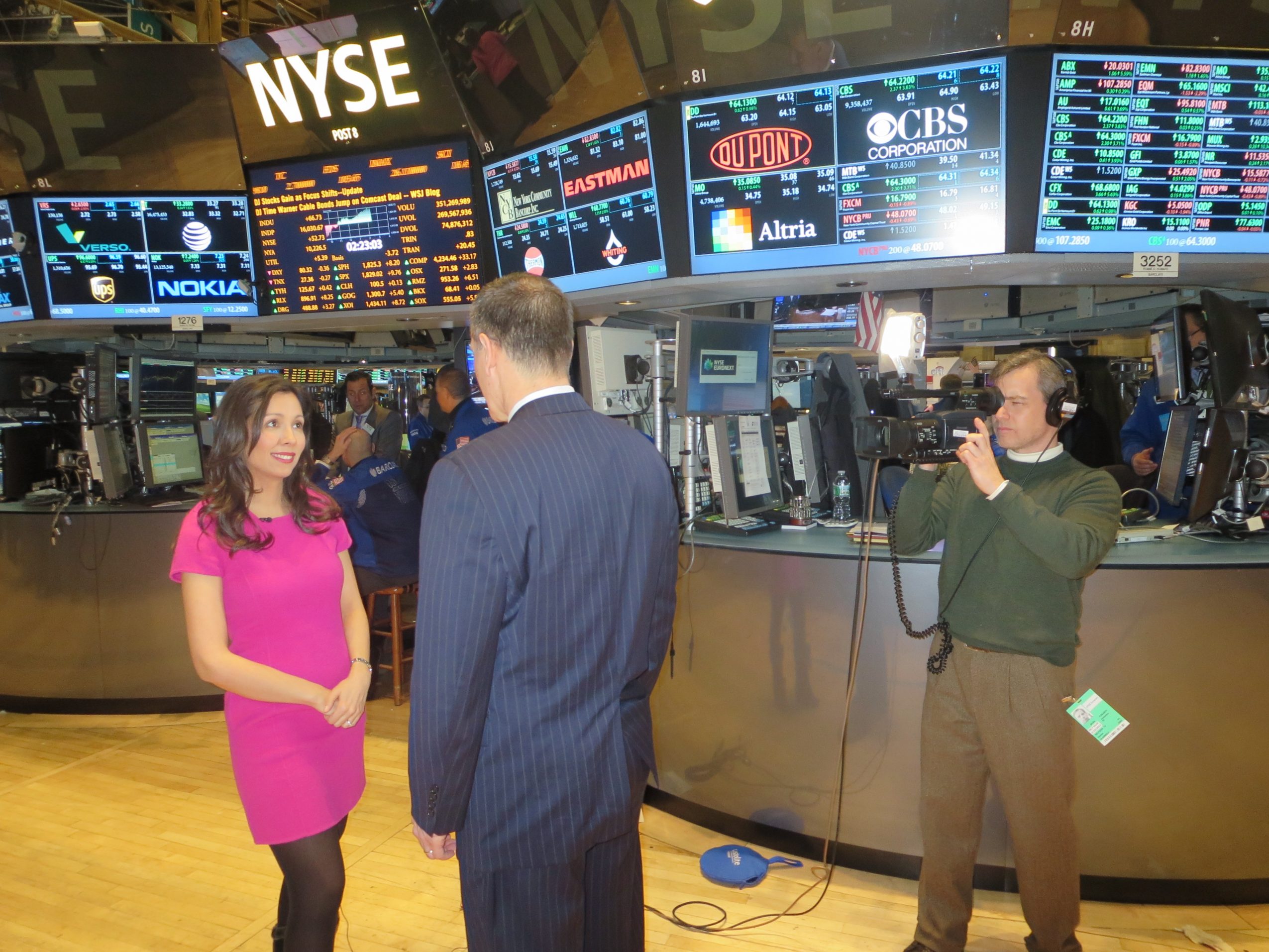 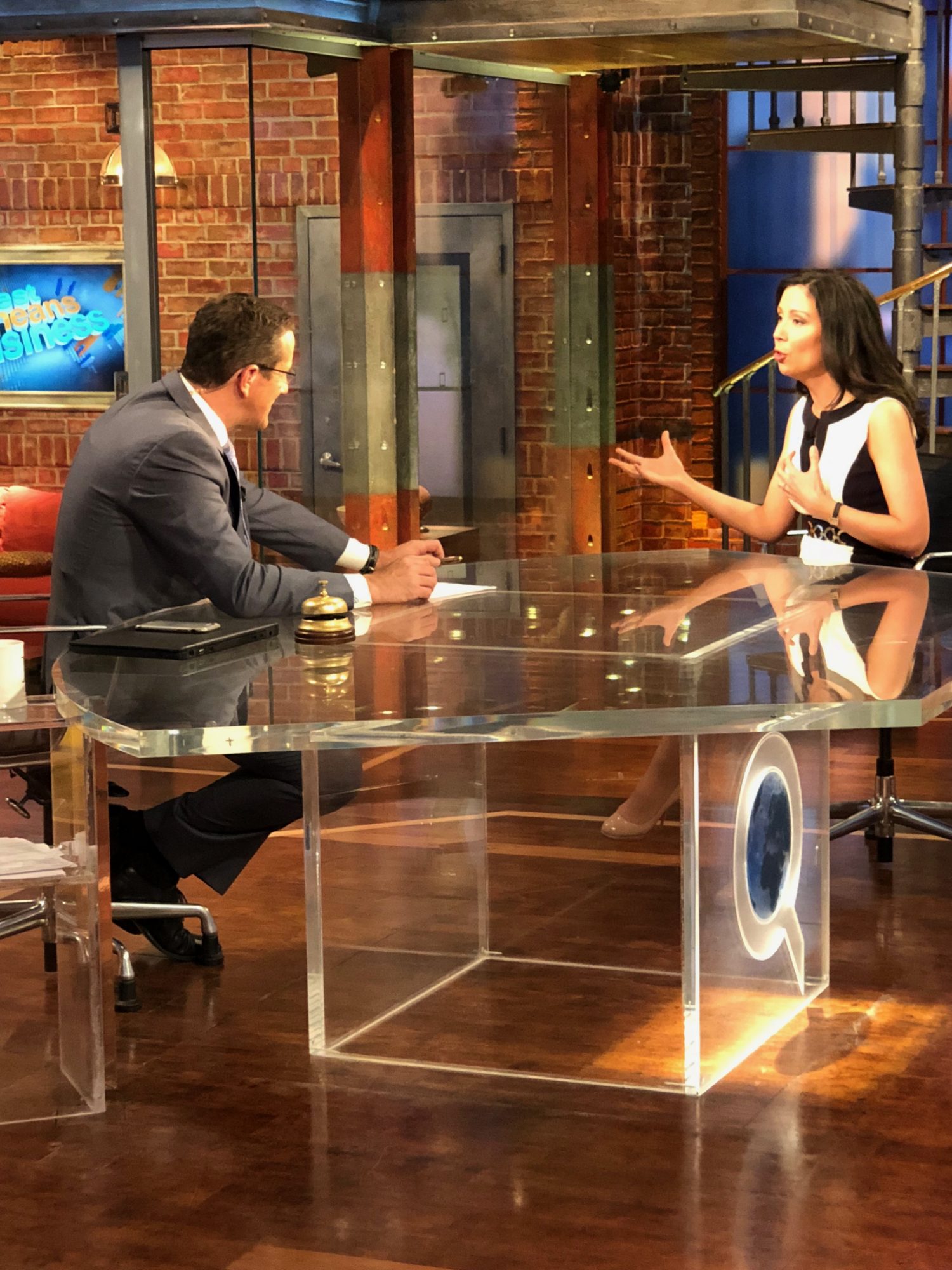 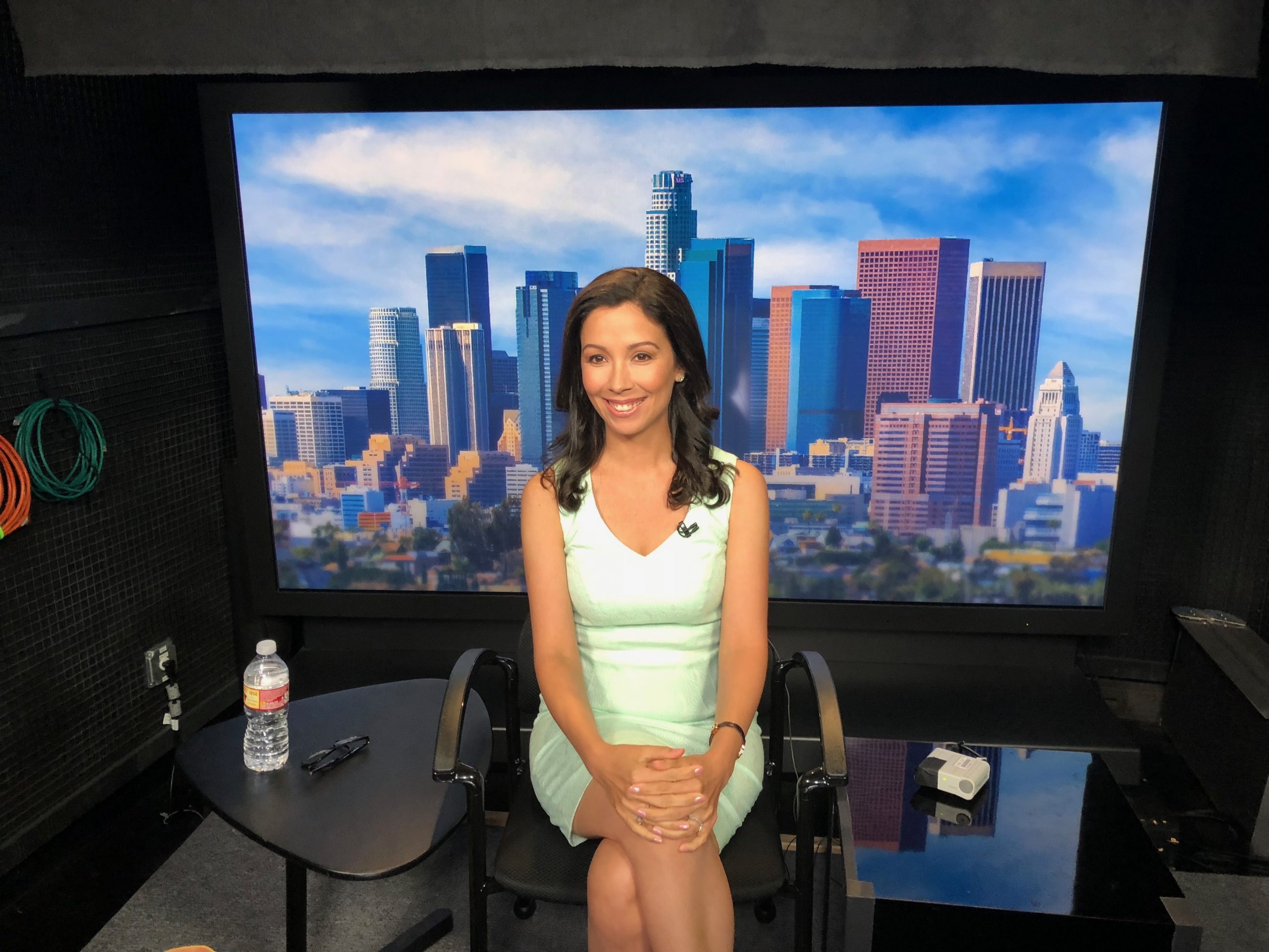 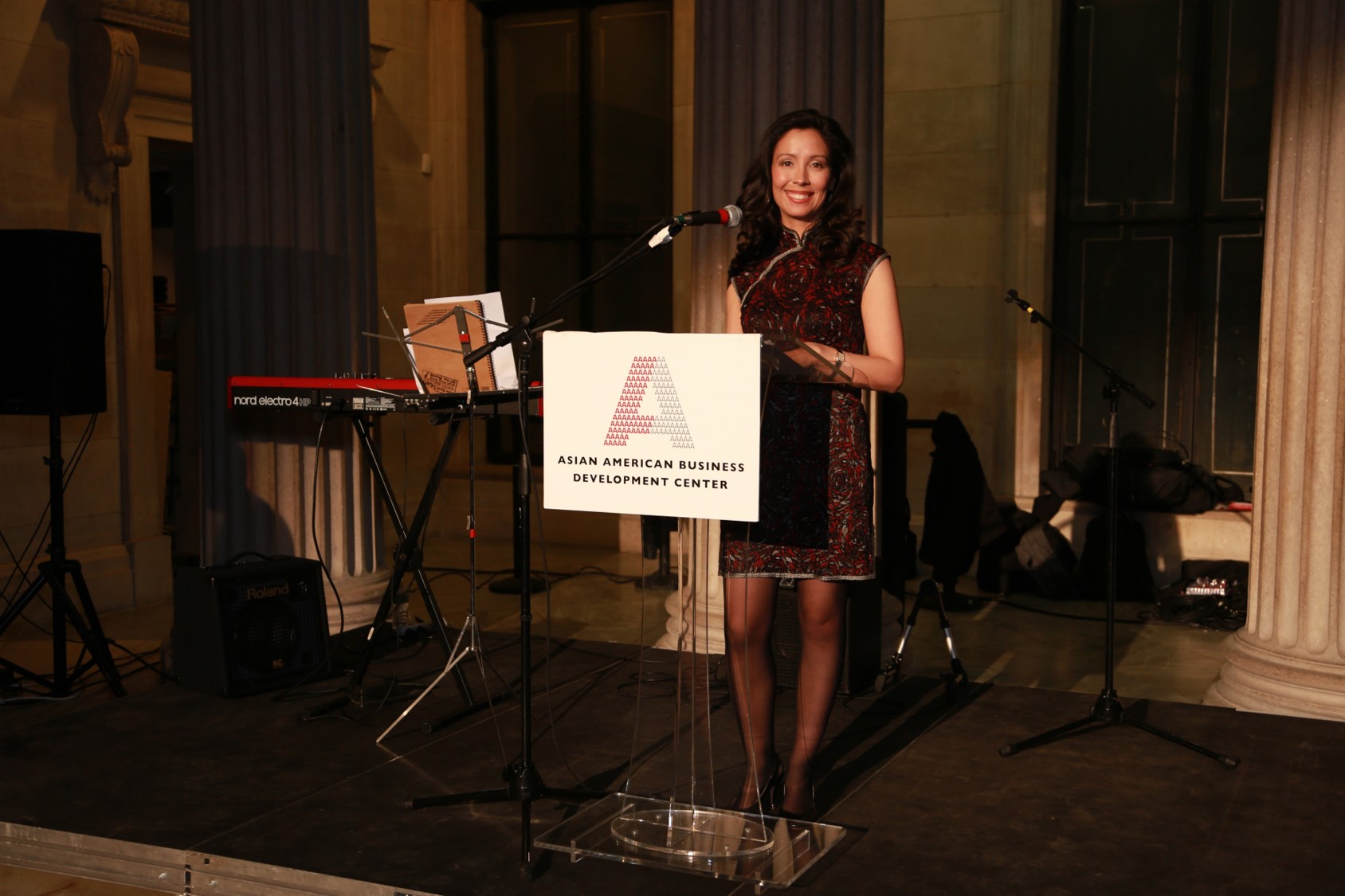 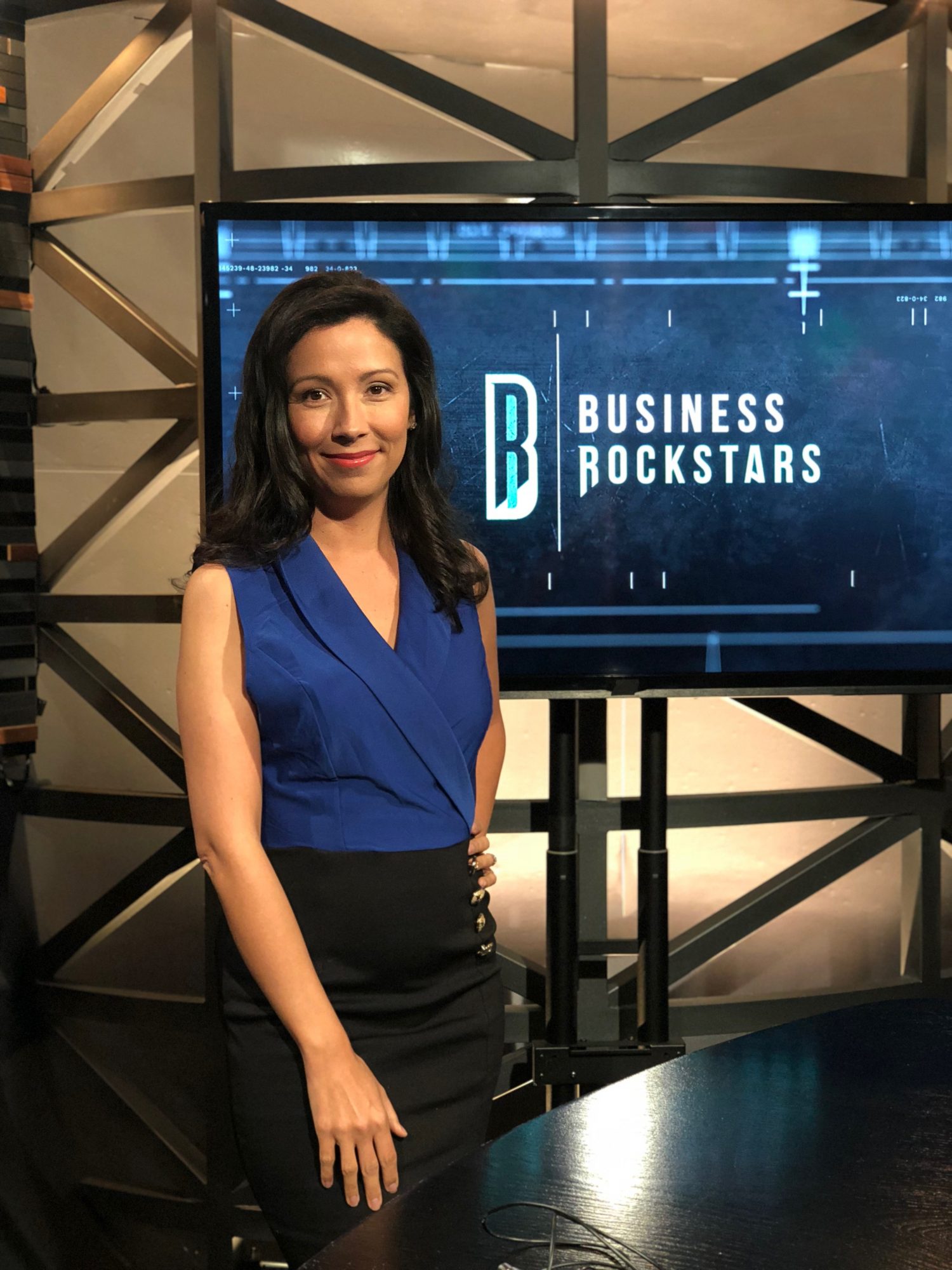 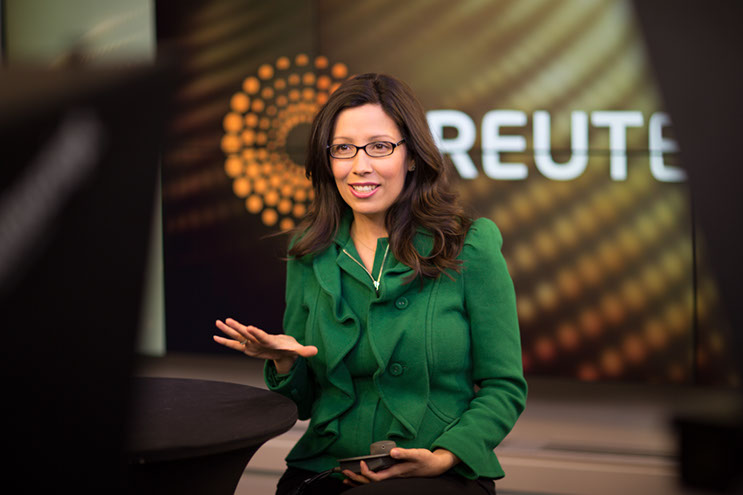 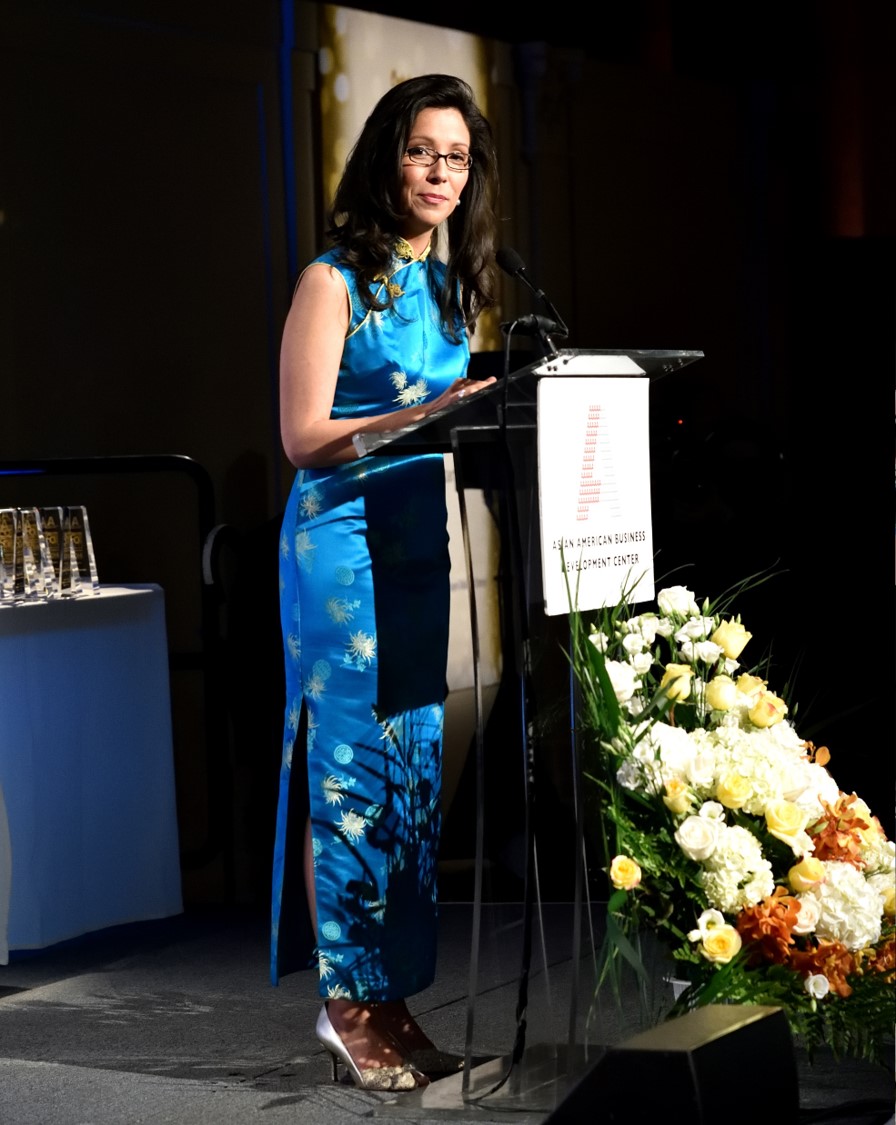