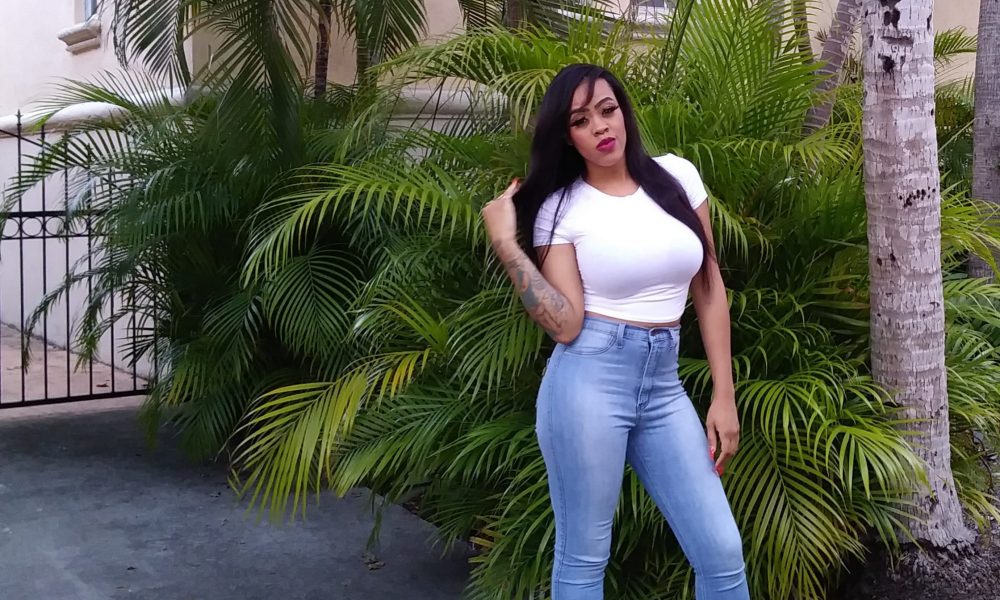 Today we’d like to introduce you to Elissa Shranaye.

Elissa, please share your story with us. How did you get to where you are today?
I was born in Austin, Texas and traveled a lot when I was younger. Growing up one of the places we visited a lot as a family was California because we had other relatives who lived there. We would have a lot of family reunions and vacations, and I always knew I wanted to live here. Growing up I was always into art, fashion, and music, and I just knew that was something I wanted to pursue when I got older. My family and I moved to Arizona when I was about nine, and we lived there for three years before moving back to Texas and living in San Antonio.

As I got older, I had no clue what I was going to do when I graduated from high school, and life began to move faster than I expected. My dad passed away when I was 18 years old, so my mother decided to leave and go back to Austin where we were from, but I decided to stay back in San Antonio and figure it out. I started waitressing and got my first apartment. I had no car, so I rode the bus or walked home. I had no clue what I was doing, but when my dad passed away, I had to grow up fast. Before my dad passed, he would always tell me that because he was in the military I could go to school and not have to pay tuition because of what they offered him and his children.

At the time I wasn’t worried about school, I just wanted to live life and have fun, but after my dad passed, I knew I had to make a decision. I enrolled in a local community college when I was 20 years old, and they didn’t offer any fashion majors, but I knew I liked working with kids, so I majored in Early Childhood and graduated with my Associate’s degree in 2013. After that, I knew I wanted to continue school and get a better education, so I started at Texas State University in August of 2013.

When I started, I figured I would just continue my path working with kids and started majoring in Social Working, but I knew that wasn’t where my heart was, so I changed my major to Fashion Merchandising. I graduated from Texas State with my Bachelor’s degree in Fashion Merchandising and Business minor in June of 2017. After graduating, I continued working in San Antonio and worked on getting to California. I opened my business in March of 2017 and decided to move to California in December of 2018.

We’re always bombarded by how great it is to pursue your passion, etc. – but we’ve spoken with enough people to know that it’s not always easy. Overall, would you say things have been easy for you?
No, it definitely has not been a smooth road. Although I was enrolled in college when I was 20, had my own apartment and working full time, I was still partying a lot and involved with the wrong people. When I was 22 years old, I got pregnant and was in an abusive relationship. When I was eight months pregnant with my daughter, I lost her to domestic violence, and she was a stillborn baby. I named her Asheera Marie, and this is how I came up with the name of my boutique A.Marie in which most people do not know.

After losing my daughter, I started drinking heavy and dealt with depression for a very long time. I never got help for it either, I just dealt with it. It started scaring me because I didn’t know what to do and even thought about throwing everything away, but my daughter didn’t die in vain, so I kept going. I was still in college during all of this and managed to graduate and continue school. My mother decided to move back to San Antonio in 2013, and we got a place together, but when she moved back she told me that her doctors found a tumor in her stomach, so now I was back at square one.

My mother got surgery to have her tumor removed which was cancerous, but after it was removed the cancer spread and basically there was nothing that they could do. They told her that she had six months to live, but she fought for two years. I lost my mother to cancer on September 15th, 2015. My entire world fell apart, but my mother was a fighter. She instilled that in me, so I had to keep going there was no stopping no matter what, and that’s what she would have wanted.

So let’s switch gears a bit and go into the A.Marie story. Tell us more about the business.
I own an online women’s boutique. I specialize in women’s clothing, but I also do personal styling for clients if needed. I plan to open a storefront in Los Angeles in the next year or two, as well as starting a men’s line for my boutique as well. My clothes are for the fearless and the trendsetters. My line is really a reflection of me. My style is very diverse and that’s what I wanted to do with my brand. I’ve been in business going on two years in March and I absolutely love what I do. I just showcased for New York Fashion Week which was a dream come true, I also have a manufacturing deal in the works so I’m gearing up for that and really excited. So stay tuned way more to come. I am most proud of everything that it took for me to get here and how I never gave up. I’m a survivor at the end of the day.

What sets me apart from others is everything that I went through, how much I lost, all the death that happened around me back to back probably would’ve killed someone else, but I made it through, and I’m still going.

Has luck played a meaningful role in your life and business?
Definitely can’t say luck has played a role in my life or my business good or bad. This is all faith, and I give all praises to God for keeping me and never giving up on me and allowing me to continue on this journey even when it got dark for me. 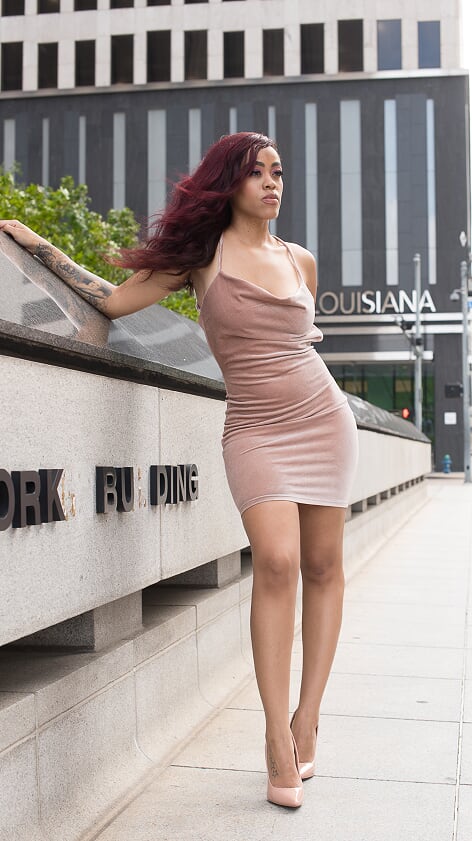 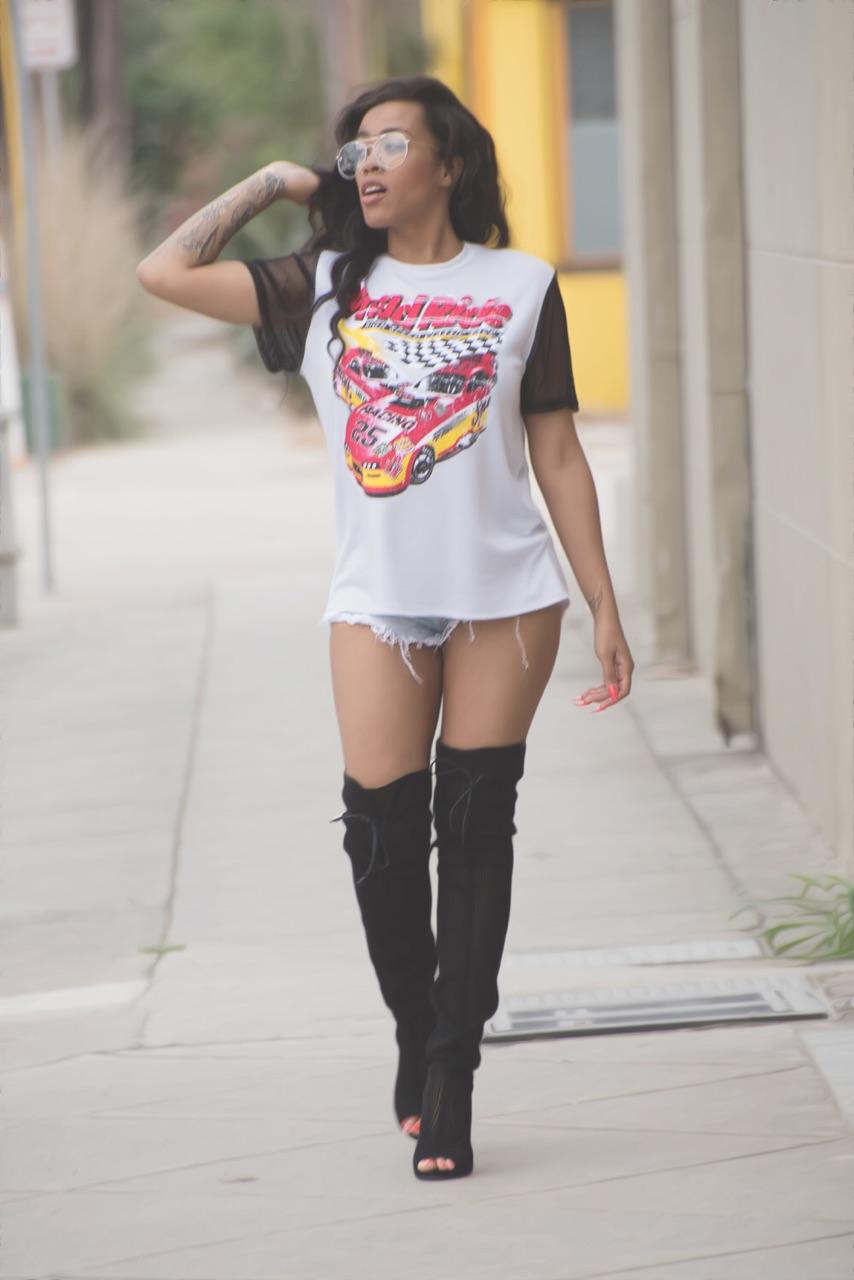 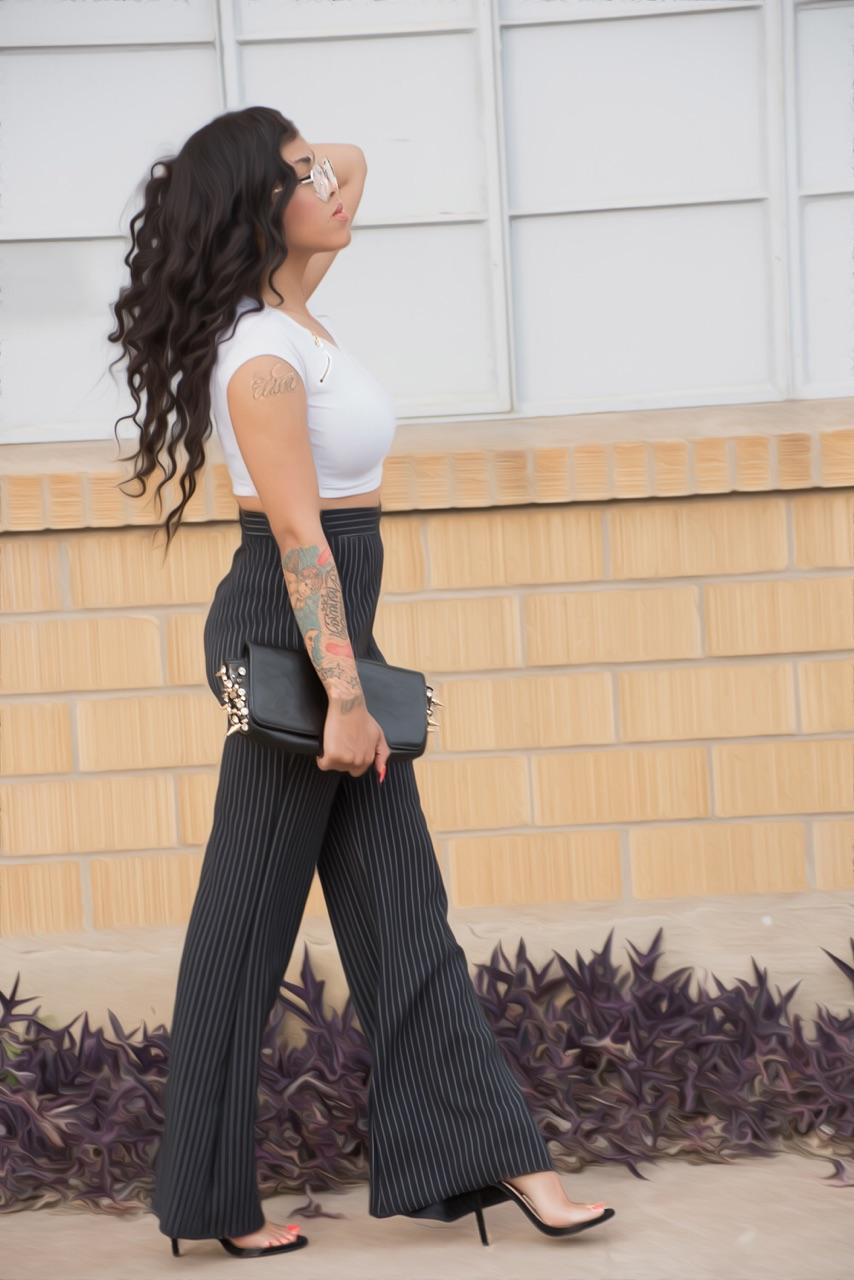 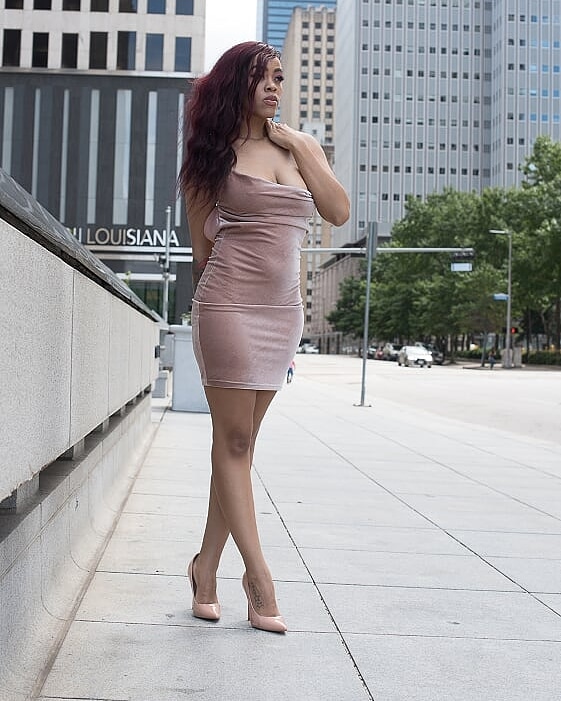 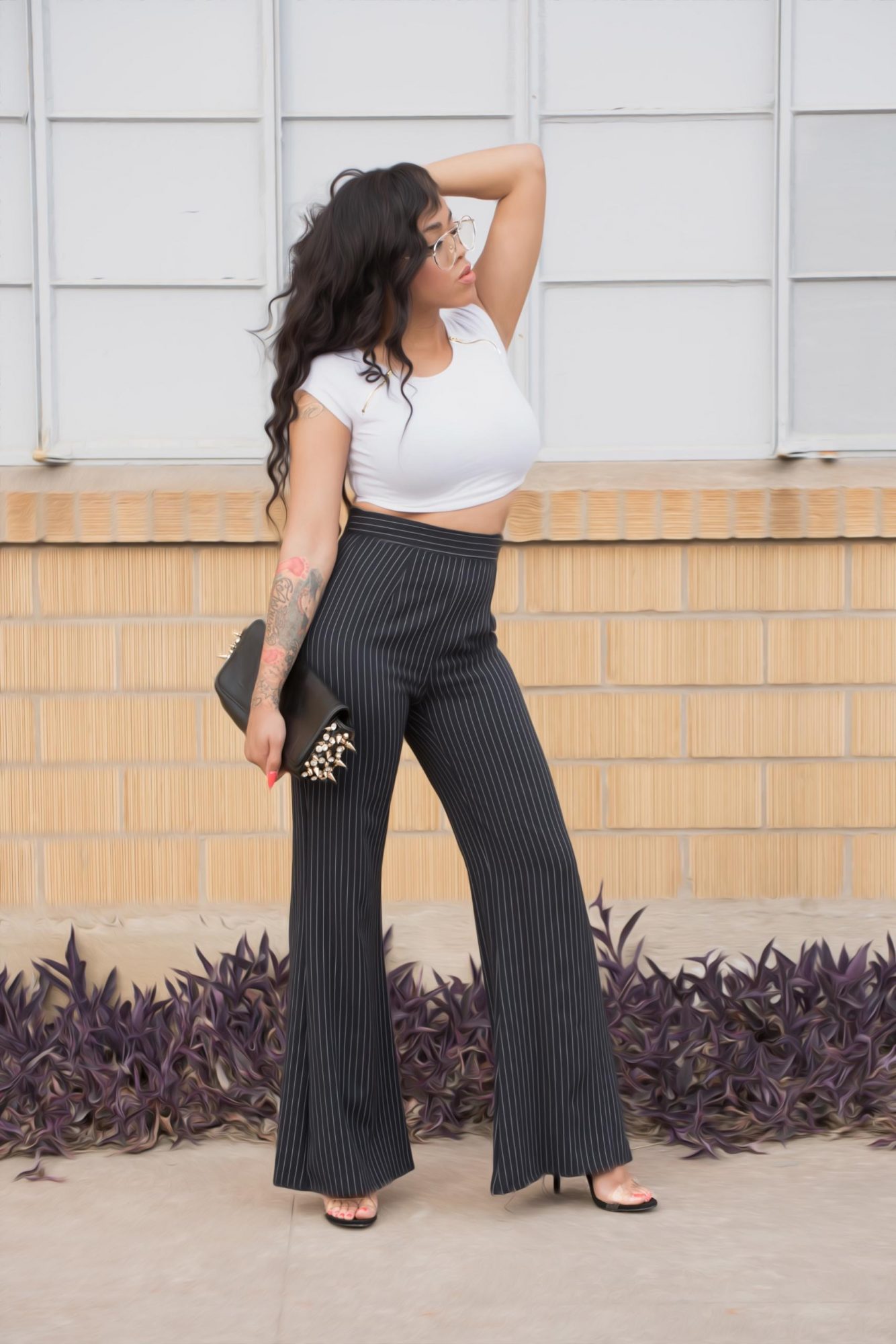 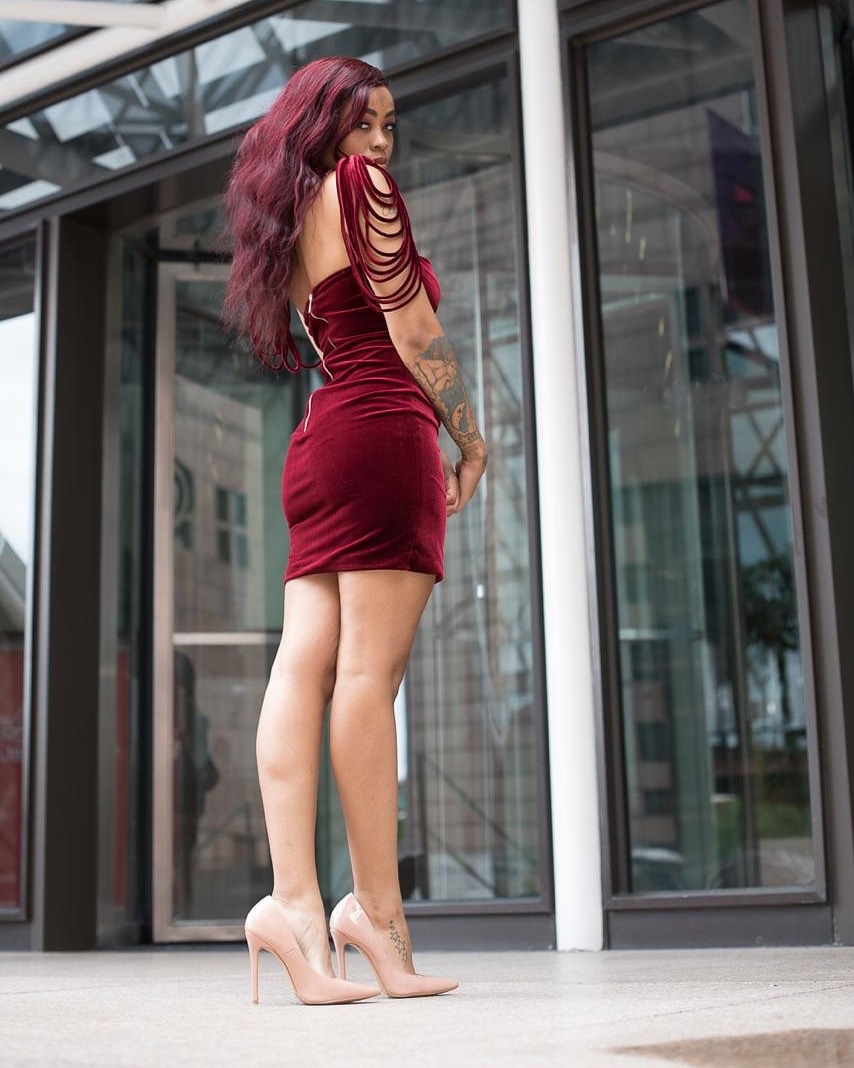 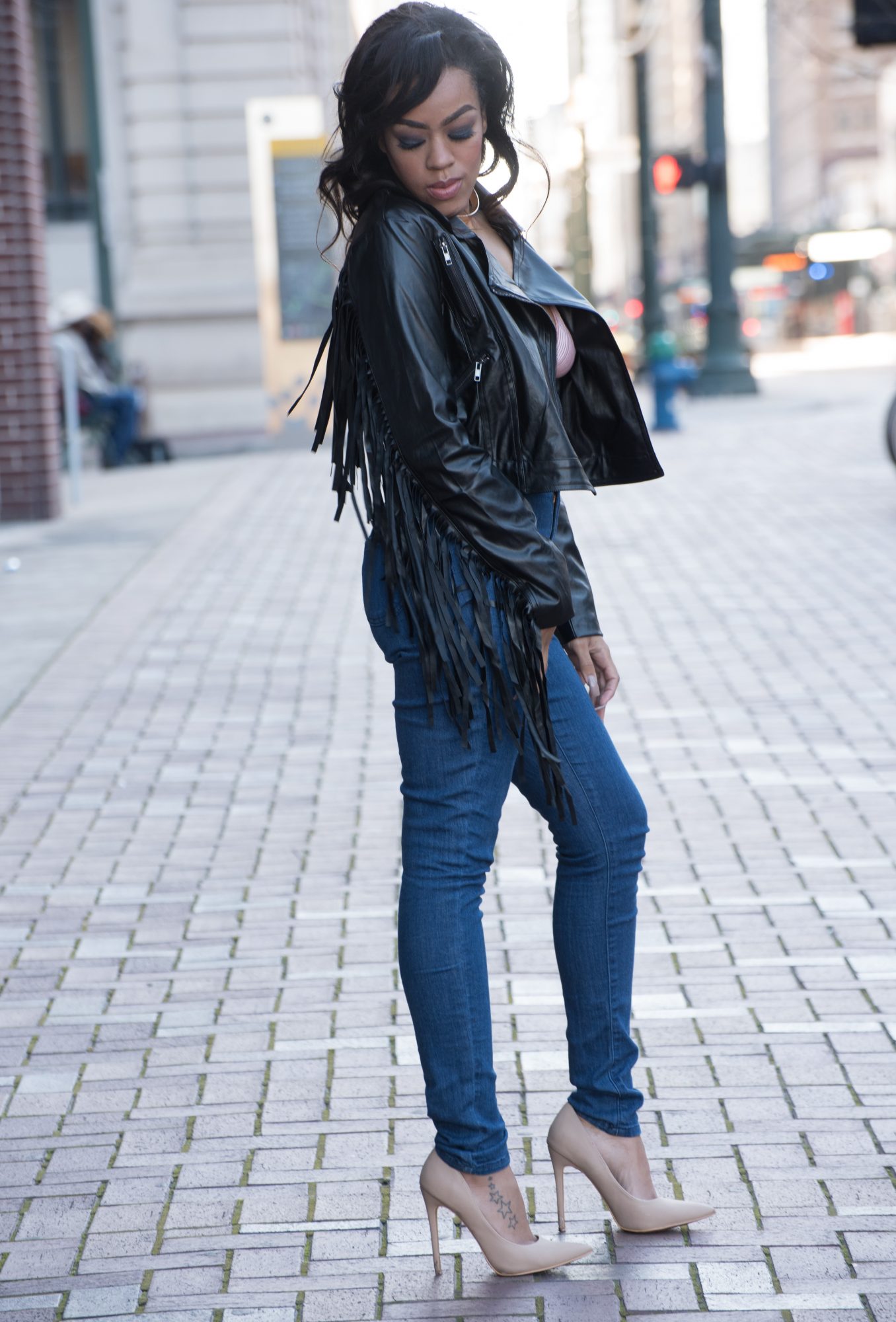 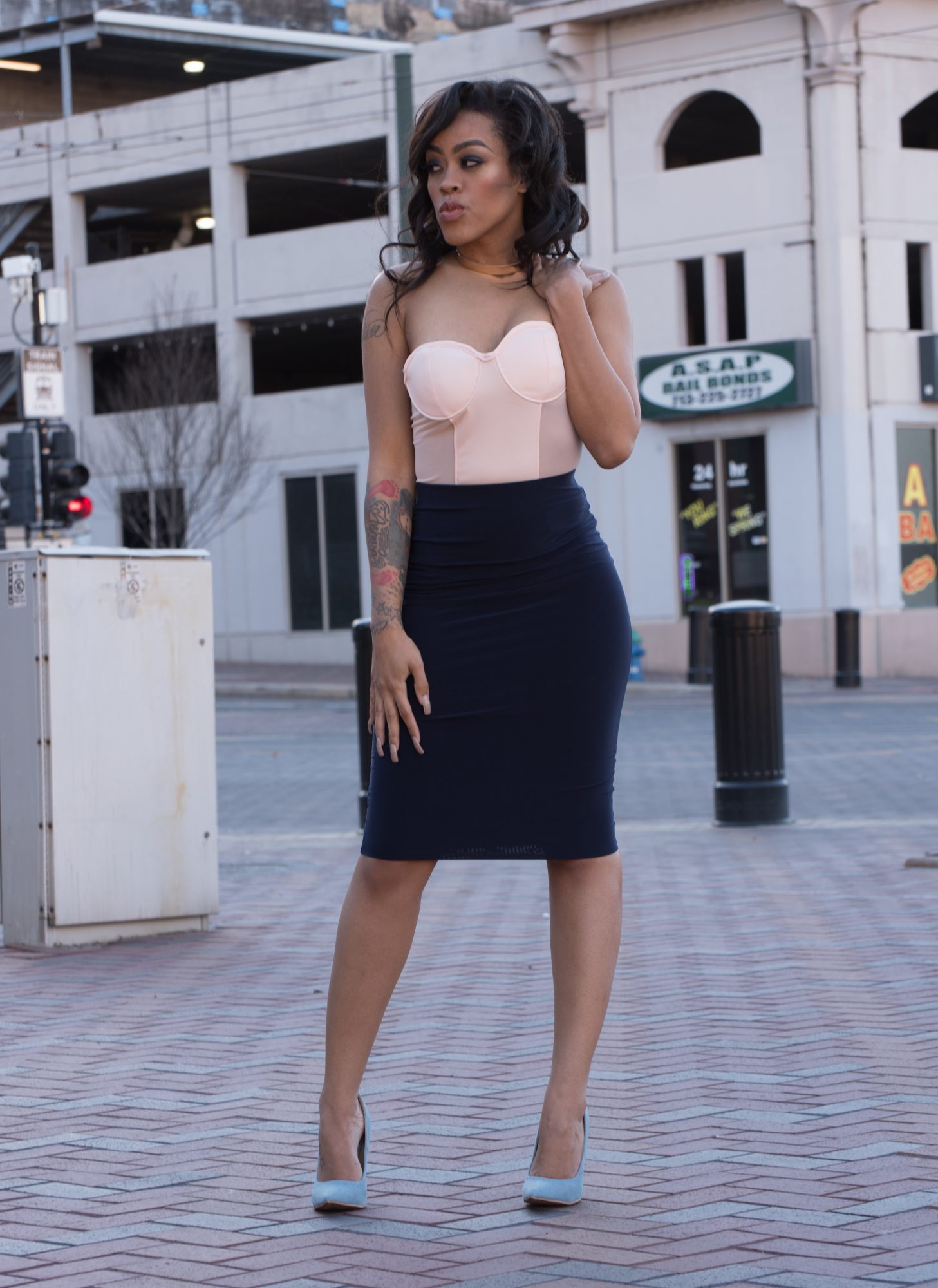