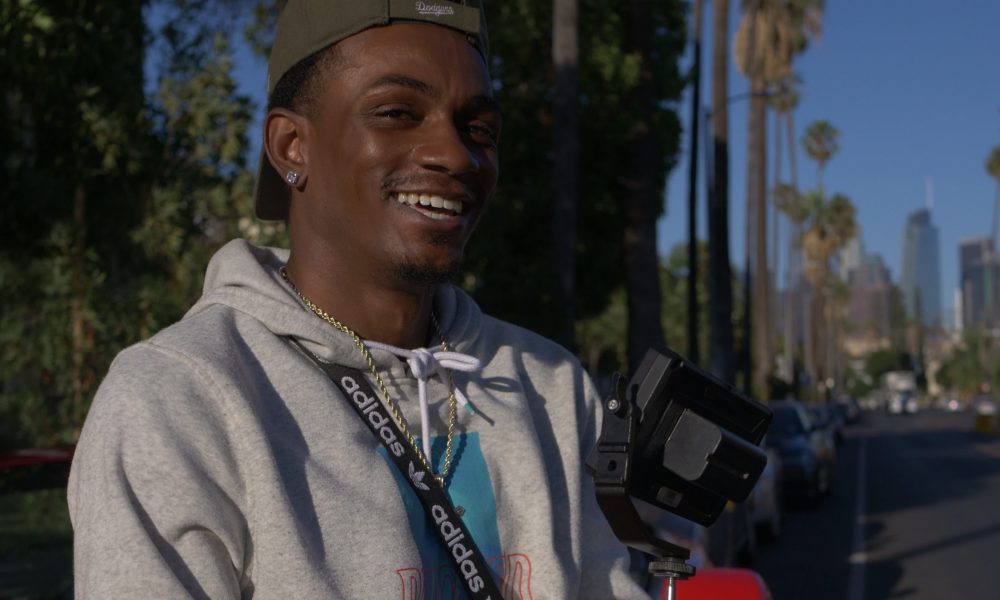 Today we’d like to introduce you to Elijah Bryant.

Hi Elijah, thanks for joining us today. We’d love for you to start by introducing yourself.
Without my sister having the courage to start a YouTube channel, I would’ve never had the ability to be where I’m at today. That being said one day she showed me a video that she paid someone to edit for her. She told me she paid her like $50-$100 (can’t remember the exact number). It was enough for me to be like “no way they make that type of money for that” and not saying the video was bad but I never edited anything in my life and felt like I could do that. And that’s exactly what I did. Within those next three days I just so happen to have a local clothing brand “BENI LMTD” owned by Zion Brown hit me up asking if I had a camera. He had no clue I was even thinking about wanting to edit/shoot, keep in mind that conversation with my sister was private. So I feel like that was the first sign by God/the Universe. I ended shooting him a video which was my first ever video and it wasn’t good but it wasn’t terrible and I knew I possibly had something going. I became addicted to editing and shooting I would take my camera to skate parks have kids skate for me, have my friends/cousin dance, friends do funny skits, etc. anything to practice my skills. With my love for music, it eventually led me to start shooting music videos’ for local artists/businesses. It also grew the urge to move out to LA aka “mecca of the film industry”. So I set a goal with a “friend” at the time to accomplish that.

I worked locally with a bunch of businesses and artists and ending building a nice portfolio. I finally felt like I was ready for LA. Only thing I was missing was a professional camera. So I sold my car a Lexus Is300 and bought a GH5. After buying the camera, it left me with a lil over $300 I used that money to buy a one-way ticket to LA for about 5 weeks out. Told myself “ill figure it out”. In those five weeks, I saved up about $2k and took that two suitcases with a full desktop, including a monitor also had lights and other video equipment that took up about 1 1/2 cases. SO I really only had 2k, a desktop, a few outfits, a bunch of equipment and a GH5 stepping on that plane to California.

I first moved to Laguna with a friend/business partner’s mother at the time. Things quickly went south and the end result was my “business partner” breaking all of my equipment and ruining my clothes over a game of basketball. Which of course, led to me immediately having to leave. At the time it sucked but looking back at it. It was the BEST thing to ever happen to me. My only 2 options were 1. Go back home or 2. Stay here and figure it out. I chose two because if I went home I would’ve immediately been trying to get back to LA. My only affordable option was a grimey hostile in South Central. Was about 15-18 ppl to the house. 1 bathroom, bunk beds, and nasty drug-addicted people. I thugged it out there for about two months until I was able to work on some sets and save enough money to move to Bell Gardens.

Moving to Bell Gardens was hands down one of the most accomplishing feelings in the world because I went from very close to being homeless and living off of the government to having a roof over my head. After living in a hostile, having your own room felt amazing, granted I had to share a bathroom. But it was with only two other people and they were clean. I stayed there for a year once again working many different sets and networking as much as I could. Saving up even more for a nicer spot. Always looking to level up.

I eventually saved up enough money to get my own apartment in Korea town, Which leads you to where I’m at today. A booked busy blessed director that after that whole story can say is going on tour in a few weeks. Something that would never been possible without having the balls to take that jump in the pool

Would you say it’s been a smooth road, and if not what are some of the biggest challenges you’ve faced along the way?
No not at all, all I can say is enjoy this ride though; so regardless if it’s bumpy or smooth. I’m just happy to be in the car, rather be on this road than the one everyone else is riding every day and not looking to happy.

I would say the biggest struggle is having no family out here, no one to call when you really need someone to depend on.

Thanks for sharing that. So, maybe next you can tell us a bit more about your work?
I’m a content creator/Content Manager

I specialize in a few things one of them being working with flexible/creative brands to make engaging content that will help grow sales and followers through their Social Media.

The other is throwing live streams/shows to give smaller artists a platform to showcase their skills and rub shoulders with the bigger guys we shoot music videos and produce content for. We’re kind of like the middle man of the music industry.

What does success mean to you?
When you can wake up every day and your bills get paid from you doing something you love. 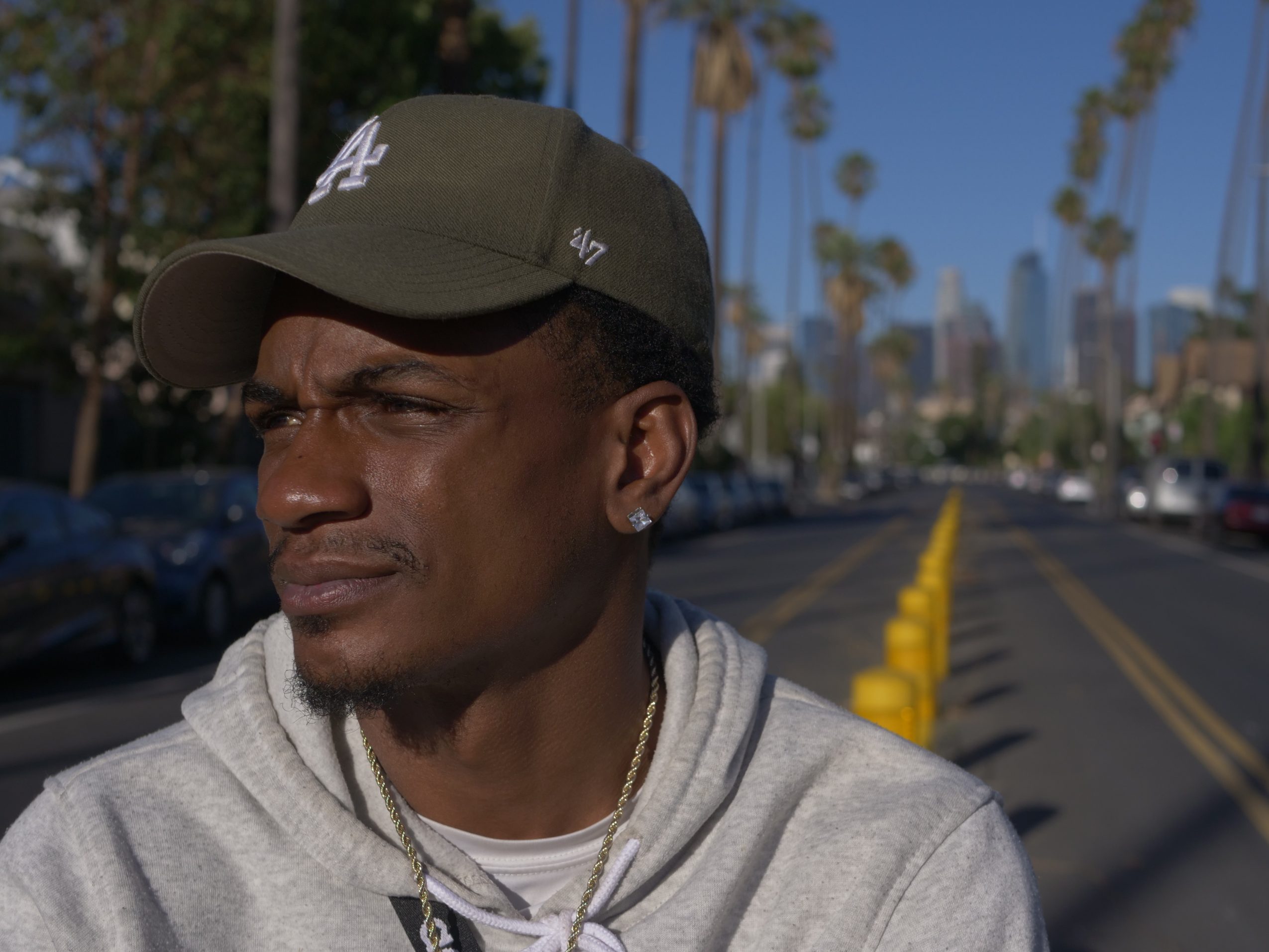 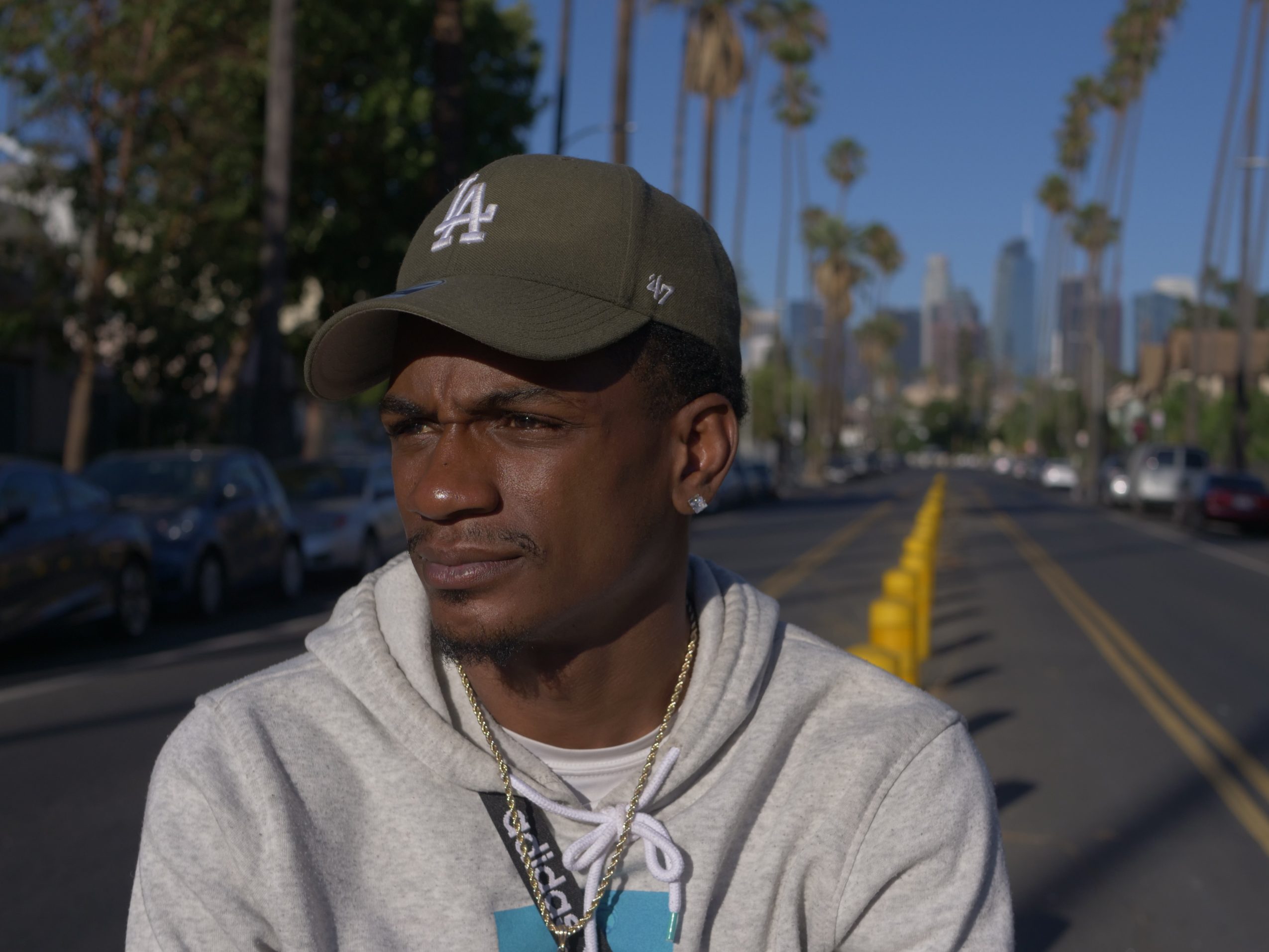 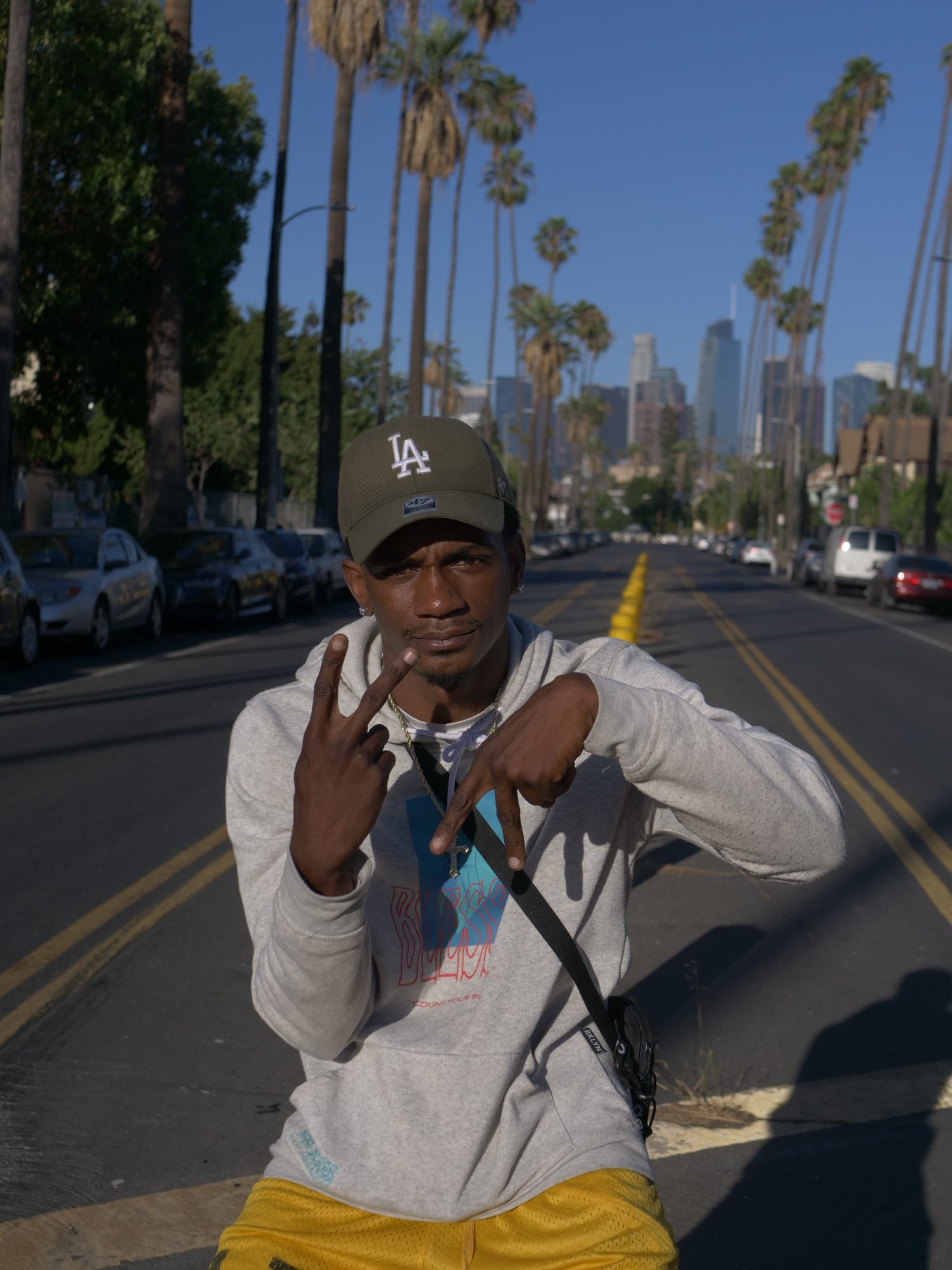 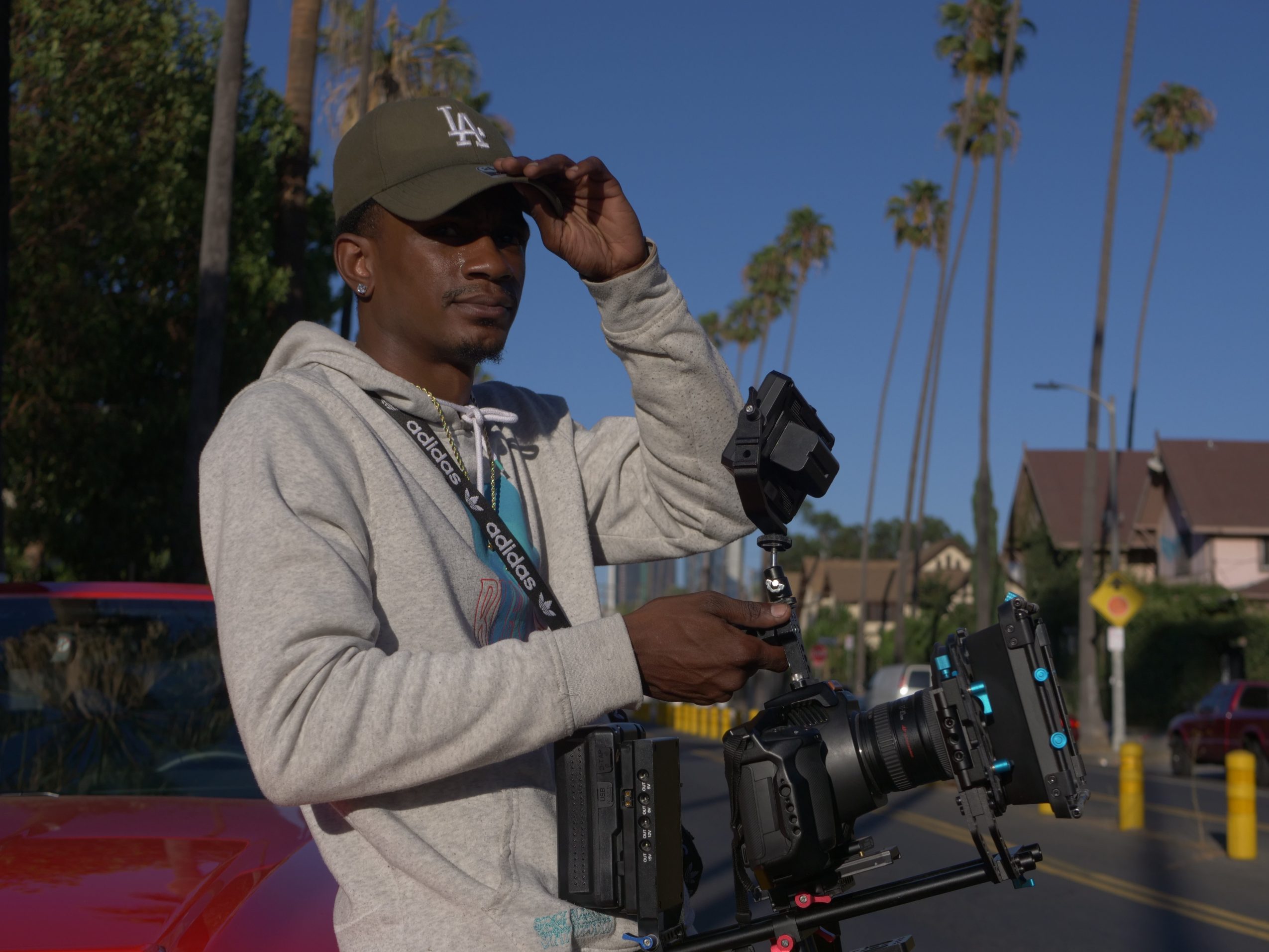 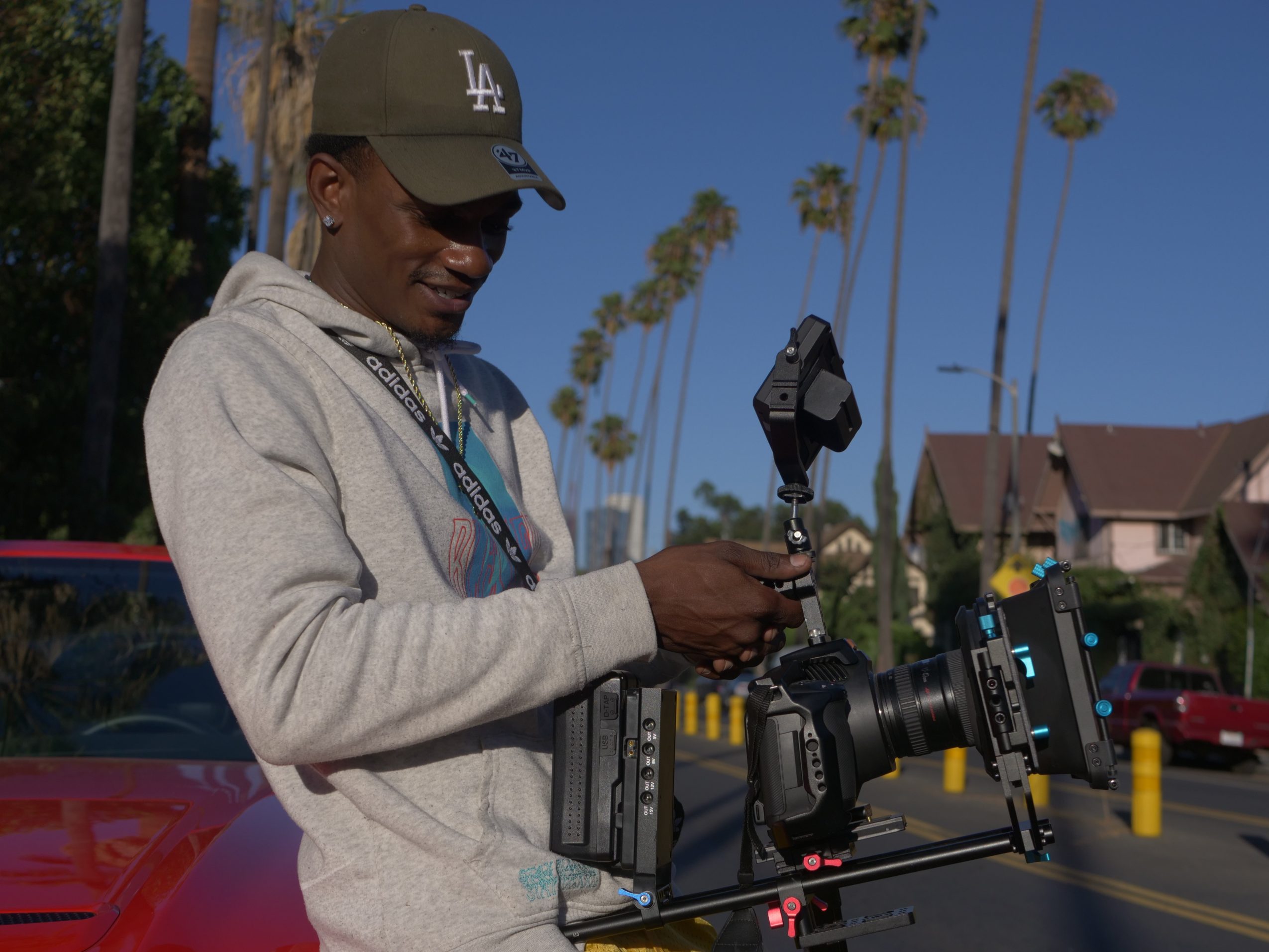