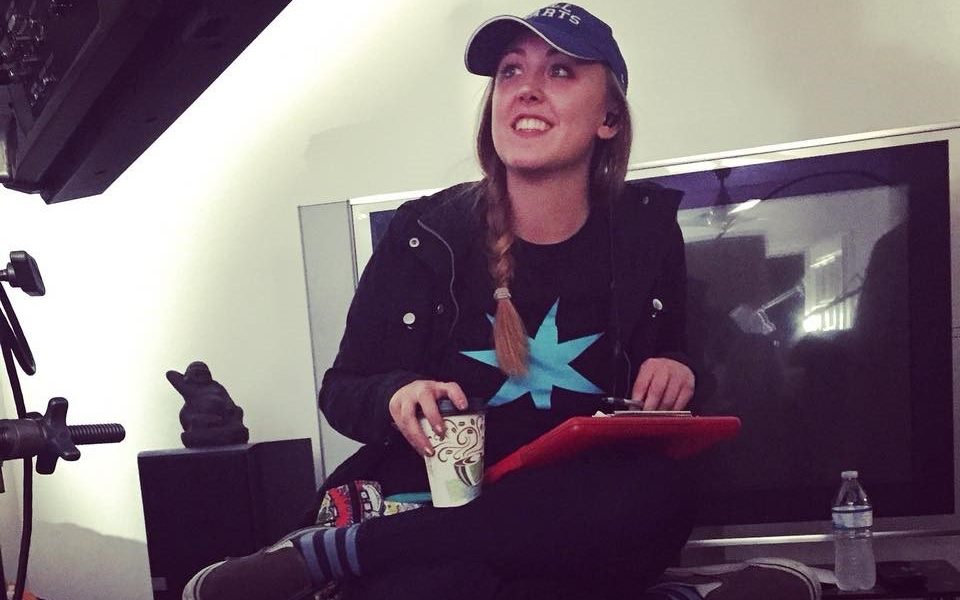 Today we’d like to introduce you to Elena Weinberg.

Elena, please share your story with us. How did you get to where you are today?
I’ve been acting since I was three years old and even got my Bachelor’s degree in (theatre) acting. After graduating, I wanted to take my career into my own hands and started creating content with my then-boyfriend (now husband), Duncan. We went on a year-long journey in 2013 that we now call “The 12-Month Project” in which we became self-taught filmmakers. We wrote, shot, edited and released one short film per month for that entire year – each month we focused on an aspect of filmmaking we wanted to learn, i.e., Month 1, we made a music video with no sound, Month 2, we experimented with moving shots, Month 3, we integrated voiceover, Month 4, we integrated on-set sound, etc. At the end of that year, we decided we really liked being behind the camera, so we LLC-ed and crowdfunded for start-up costs for our micro-budget company, TurtleDove Films.

After raising the money, we went on to make a web series. I became very involved in the #womeninfilm community on Twitter and decided to write a series a la ‘Broad City’ with my best friend, Mallory. We made season one super DIY style – it starred Mallory and me while Duncan handled the camera and we pulled some friends into the mix that had helped out on The 12-Month Project. Between seasons, we added two of our key female players to the writers’ room, built a bigger crew, and a (tiny bit) bigger budget and made Season 2.

After 12 short films and two seasons of a web series, we were hungry to make our first feature film. We participated in Seed & Spark’s inaugural #HometownHeroes Rally in 2017 where we raised production funds and got a small grant from The Duplass Brothers. While Duncan wrote the film, I served as Line Producer, Co-Director, and had a small cameo role in the film. We spent about a year in post-production and premiered in Beverly Hills in March of 2019. Since then, we’ve played a few festivals, including the prestigious Austin Film Festival, and recently had our digital release on many platforms including Amazon Prime and iTunes.

I am now writing my own feature film script based on a summer in High School when I worked at my small town’s bowling alley. It’s set in 2004 and will serve as a summer job/summer romance period piece a la ‘Adventureland’.

– Having to wait to be chosen was a struggle, so I wrote stuff for myself. Teaching yourself how to make films with a DSLR and some YouTube videos was basically a year-long struggle. We were always up against deadlines, having to balance perfectionism with making it an exercise in getting things done. We were constantly balancing our time between our day jobs and making short films for free, just because we wanted to.

– Making #ATown was a struggle in leveling-up. We had some skill but were still really fresh. Producing, writing and starring in what basically surmounted to two feature film shoots was an insane struggle. I never knew my lines. Ever. I was booking locations we hadn’t secured yet in the middle of shooting. I was forever internally struggling with asking people to spend their summers pretty much volunteering and was so insanely lucky that our team wanted to level up as much as we did.

– Crowdfunding was a huge struggle. We had no idea how intense the #HometownHeroes Rally was going to be. We basically spent 12 hours a day trying to get followers on our campaign so we’d make it into the top 15 projects who got to pitch to the Duplass Brothers. We battled other campaigns gaining fake followers and realizing we trusted NO ONE. What a shitty feeling. The good news is, I’ve crowdfunded for several projects since then and trust people again.

– There were countless struggles with our feature, A Room Full of Nothing. We had to let go our lead actor four days before shooting and Duncan ended up stepping into the role. Our 2nd day of shooting was the coldest day of the year in Austin and everyone was iced into their driveways so we lost a half-day and ended up having to add two days at the end of the shoot because I was way too ambitious with scheduling for our first week of shooting. Directing my husband through a relationship fight in the middle of the desert in West Texas was certainly a struggle.

I could go on, but, yeah – definitely struggles throughout the years, but all were learning moments that did inform our next production and will continue to inform future productions.

So, as you know, we’re impressed with TurtleDove Films – tell our readers more, for example what you’re most proud of and what sets you apart from others.
TurtleDove Films is a microbudget production company. Simply put, we make super indie content. We specialize in making things work with what we’ve got. Currently, I’m most proud of the feature we recently released, A Room Full of Nothing. It’s the biggest, most professional job we’ve pulled off so far and as far as I’ve been told, everyone involved is really proud of it too. I think what sets us apart from others is that we thrive in altruism, we’re absolutely honest and we don’t hire assholes. We would rather have a good time on set than make a perfect movie. Yes, quality product is important, but at the end of the day, it’s art, it’s up for interpretation, and if making it wasn’t enjoyable, what’s the point?

Let’s touch on your thoughts about our city – what do you like the most and least?
This might sound pretty typical, but, as a Texas transplant, I just can’t get over the weather. I also just really love how much of the film industry is ingrained in this city. You’d never see billboards for the next big project dropping on Netflix in Austin. I love that. It feels like I’m in the right place. As far as what I like least… hmm.. I was going to be cliche and say the traffic, but I’m not joking when I say it was just as bad in Austin when I left. I hate that breakfast tacos aren’t really a thing in LA. Hands down the best breakfast food. 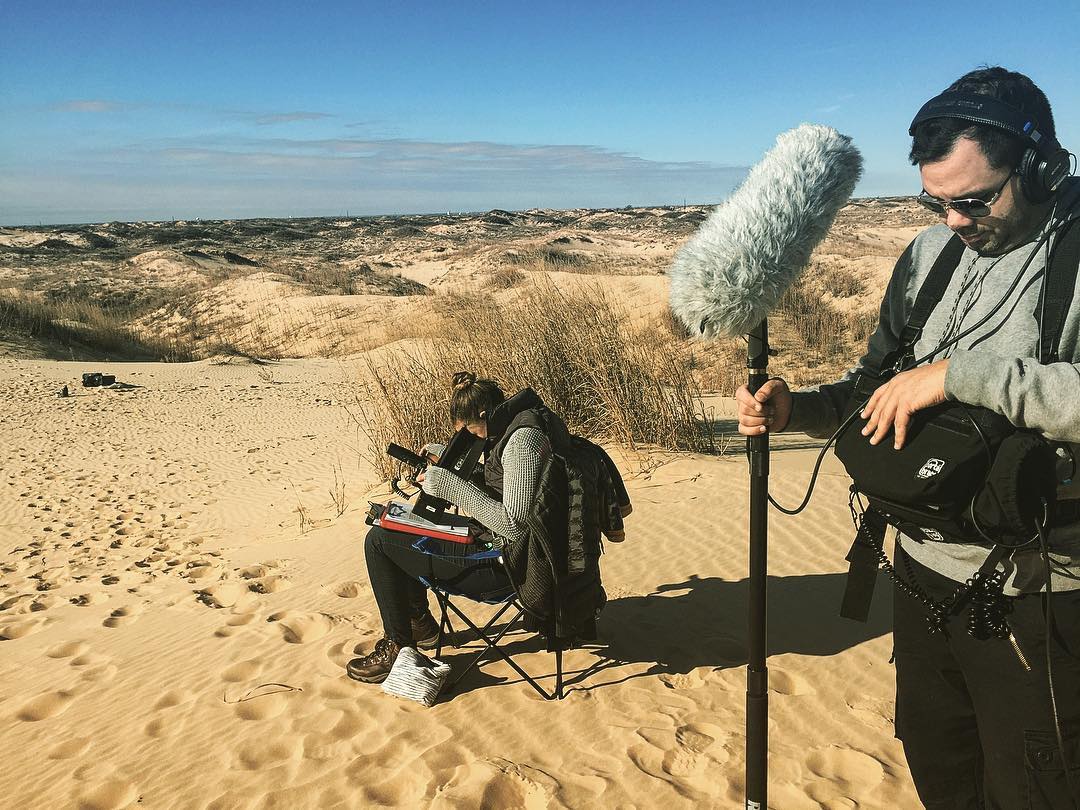 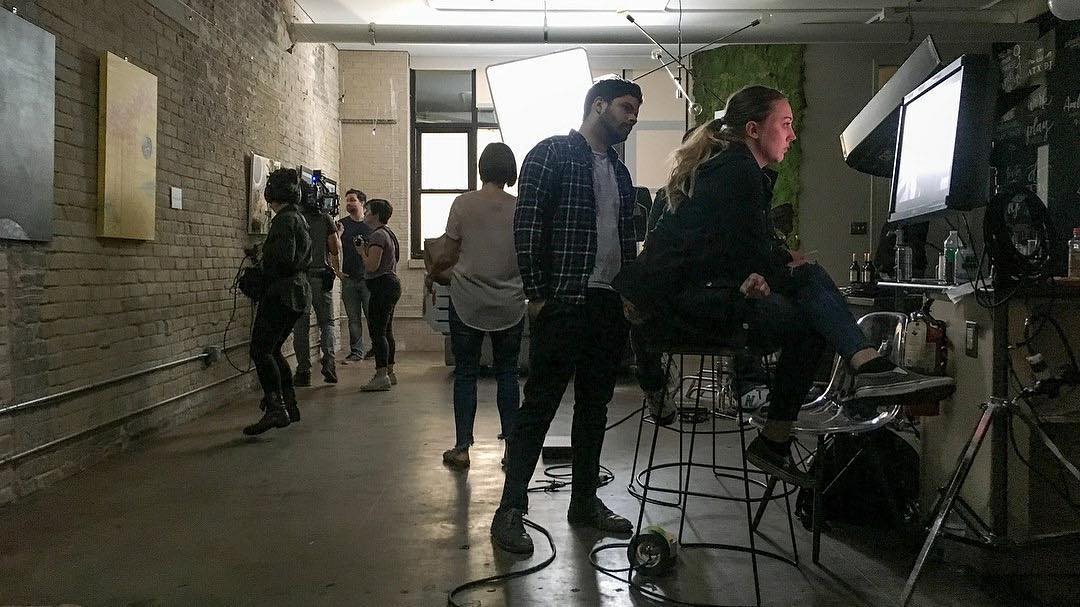 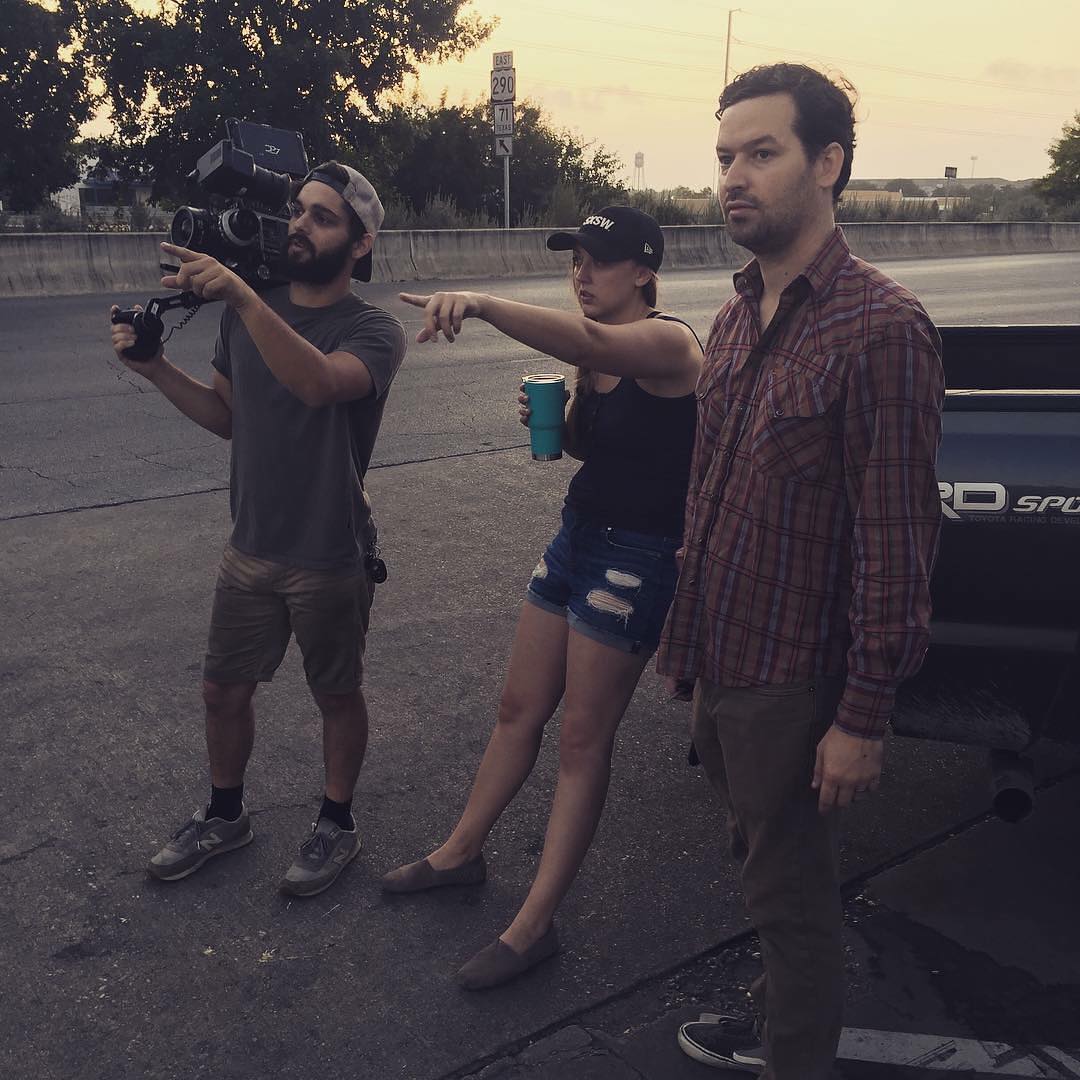 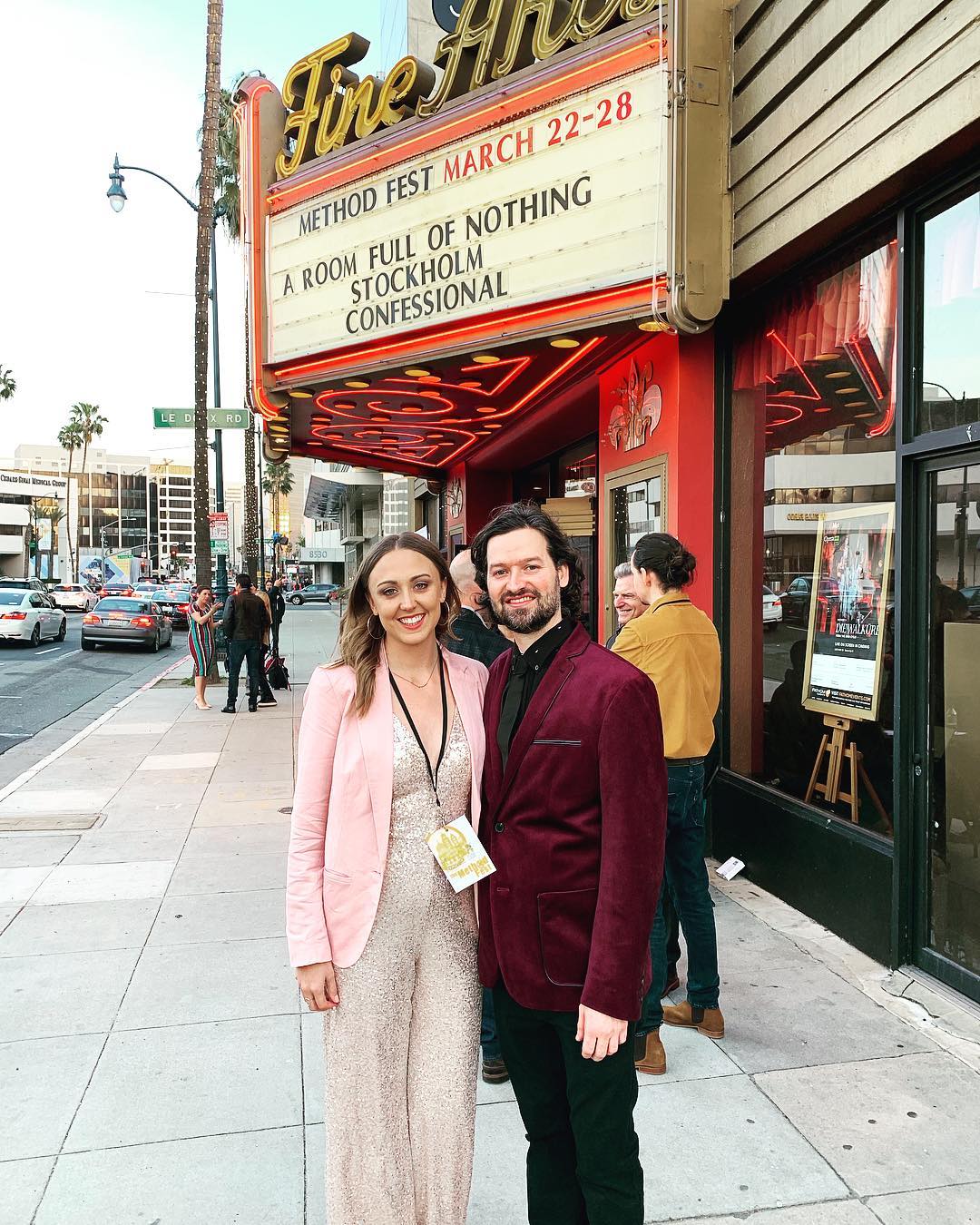 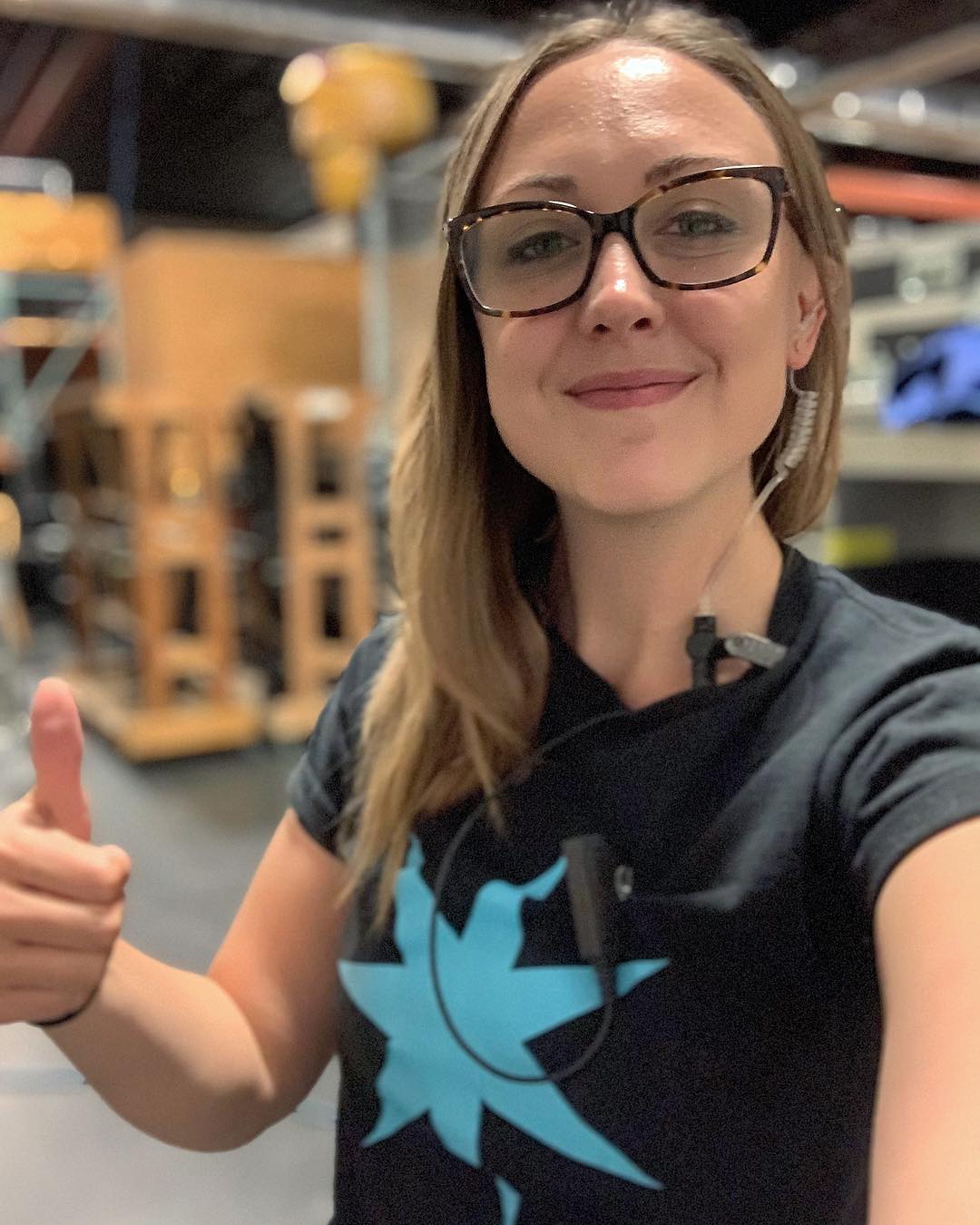