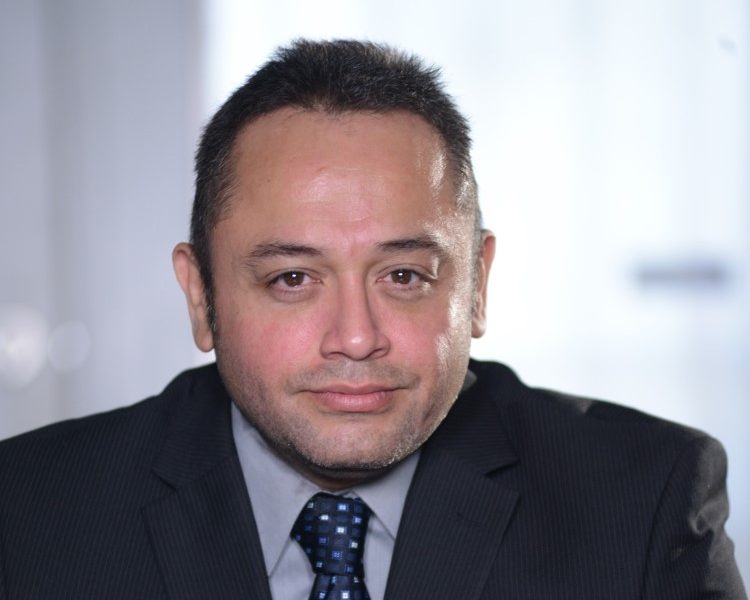 Today we’d like to introduce you to Elcor Aragundi.

Elcor, let’s start with your story. We’d love to hear how you got started and how the journey has been so far.
I’m a U.S. Army veteran who just so happens to be a recovering addict with four years of sobriety. I used Methamphetamine for almost 21 years. I was prescribed amphetamines when I was in the military to help me make my weight when I was active. When I was discharged they would no longer prescribe it to me so I replaced it with the street drug and thus began a love affair with drugs and alcohol. I ran amok, ruined my life and hurt the people who were around me. I put myself in situations that were unhealthy and least desirable. I remember when I was little, while my parents would fight I was watching a television show that featured Bill Bixby. I saw his eyes turn green and turn into this enormous green monster know as the Incredible Hulk that was played by Lou Ferrigno at that time. I remember feeling a chill inside my body and for a moment I was lost in that show. I forgot about my situation, my parent’s abusive nature, and could if just for a moment, escape in that world. I must have been four years old, nonetheless I knew that’s what I wanted to do. I wanted to write stories, make films and TV shows that could help people escape their world even if just for a moment and feel that same chill that I did when I was four. However as you can see things didn’t go that way for me.

After the military, I was fully emerged into my disease with no avail for a cure. What happened, you ask? Well, my son was born. I wasn’t able to be there for his birth. I can’t tell you how heartbreaking it was not to be able to be there when he was born because I was submerged in my disease. It felt like something inside me had snapped, like a twig. I wasn’t allowed to be near him. I couldn’t hold him, I couldn’t touch him or smell his head. I couldn’t be with him or give him loving kisses that most every father wishes to give their child. I was so devastated. And for the first time in my life, I broke down, literally on my knees and prayed. I surrendered like I never have in my life. I gave myself over to the Universe, to a Higher Power, to God, whatever you may call that Divine force which exists in all and any forms of life.

As I did and would every single day since the last day I had my last drop of alcohol and last hit of the pipe, I would grow. It was not easy. I must have lived the first week shaking with tremors by the toilet, then after my body would physically recover, I had to face the many tribulations that my mind and heart had hoard over the years. Who was I? Certainly not the person or filmmaker that I had envisioned those many years ago when I was four. I had awakened from a 21-year-old nightmare to find myself alone. I was not a filmmaker. I was not a father. I was not any of the things that I had dreamed of being as a boy. What I was, was a 39-year-old drug addict with nothing to show for the many years I had recklessly used and abused myself. The day my son was born I remember that a hummingbird came and hovered in front of me for maybe ten or fifteen minutes. I can’t explain it but I felt the touch of God at that moment. I wouldn’t meet my son for first ten months of his life and the first ten months of my sobriety.

In between that time, I would do whatever I had to so that I could maintain sober. I volunteered at the VA. I kept myself busy with being of service to others. I would go to court in hopes that I could one day meet my son. I rode on the bus from and to meetings. I did whatever I could not knowing how my life would turn out. Somewhere in there I started dreaming again. Yearning to write stories like I did when I was a kid. I would envision, daydream and fantasize about movies I would make inside my mind. As I was riding the bus from downtown L.A. into the Valley on the 101 freeway I saw a sign that said New York Film Academy next exit. So what did I do? I went to apply at the New York Film Academy in Burbank that week. Through the VA I was granted tuition to attend school at NYFA while trying to get back on my feet. I volunteered to be on anyone’s set so that I could learn as much as possible. Two months after enrolling in school I got a beat up white plymouth breeze that I was driving in bumper to bumper traffic up Laurel Canyon trying to head back into the Valley after an early shoot. A hummingbird hovered by my windshield. Not 10 or 15 seconds. But minutes. It kept coming back and forth. And even as my car would move slowly up the hill it kept coming to my windshield. I remember that so clearly. I remember especially because as I drove down in the valley I got a call from someone letting me know that I was going to meet my son for the first time. You can call it what you want, coincidence, luck, whatever. It doesn’t matter what you may think, what matters is what I felt in my heart. Let’s see.

In the past four years, two months, three weeks. I have managed to graduate school with a Bachelors’s degree in filmmaking, Directed three short films, and most importantly kindled a beautiful relationship with my son who I adore more then anything else in this world. I have never been drunk enough or high enough to feel the feeling that I feel when I hear my little boy say, ‘Daddy, I love you.’ It’s by far the greatest feeling in the world. The wrongs that I have done to people I have worked hard to make amends to those that I have hurt, including myself. When I got sober in 2015, I did not imagine that I would have screened my third short at Warner Bros. I felt proud of that film especially because it is about drug addiction. It talks to anyone who has or ever has had a problem with drugs or alcohol. It’s called ‘My Name Is Dad’. I was able to express in a way that brought chills to those who could relate with the matter and while offering a glimpse of hope at the end of the film. There is hope for people like me that have an obsessive disease like this. I’m still working on this film trying to find the right music for it.

But I am very pleased with the visuals and editing process of the film. That hasn’t always been the case with my projects. A lot of trial and error you might say has come within the last three and a half years of filmmaking. I want to have it ready for 2020 and plan to submit it into festivals. I really believe that it has a good potential in reaching people out there. My own plans for the future? To be the best father and human being that I can be. However, that goes without saying. I want to continue directing and writing stories that offer hope through the different challenges that life offers. I was 39 when life started a second time for me. I don’t want people to think that age can limit them from what they can do or want to do. I didn’t think that I would ever be able to live life sober, let alone feel… happy inside. But I do. Like I said this isn’t a pretty story. But it does have hope and a happy ending thus far.

Thank you for having the courage to share that with us.  It’s inspiring to see how far you have come and how you beat your addiction.  Putting that aside, since then has it been relatively smooth? If not, what were some of the struggles along the way?
As far as a filmmaker? No, it has not. There is a lot to be learned. And every project is so different. I very much consider myself a director and a filmmaker. I know my worth and my passion in telling the best possible story that I can in any project. I think the biggest challenge is not to stay complacent. I welcome any opportunity to grow as a filmmaker.

MichaeLcor Pictures – what should we know? What do you do best? What sets you apart from the competition?
My business is filmmaking. I’ve written and directed I believe three impactful short stories in the past three years. Like with any filmmaker these stories are from my own artistic voice that I feel each individual has. I will tell you that I am without doubt a very passionate individual, which makes me a very passionate filmmaker. I love my characters, I love my stories. I put everything whenever I direct a project.

What is “success” or “successful” for you?
Success to me is being able to live the life you want and doing the things that you love. Whatever that may be. Every one of us was put here for a reason. For me, it wasn’t to throw myself away at drugs and alcohol. It was so that I could be a storyteller. Not only that but also help others tell their stories as well. I love movies, I can’t see myself doing anything else in my life. So success for me is living healthy, being a great father and having a happy family, and then being in the career I want to be more than any other and that is to be a filmmaker/director. 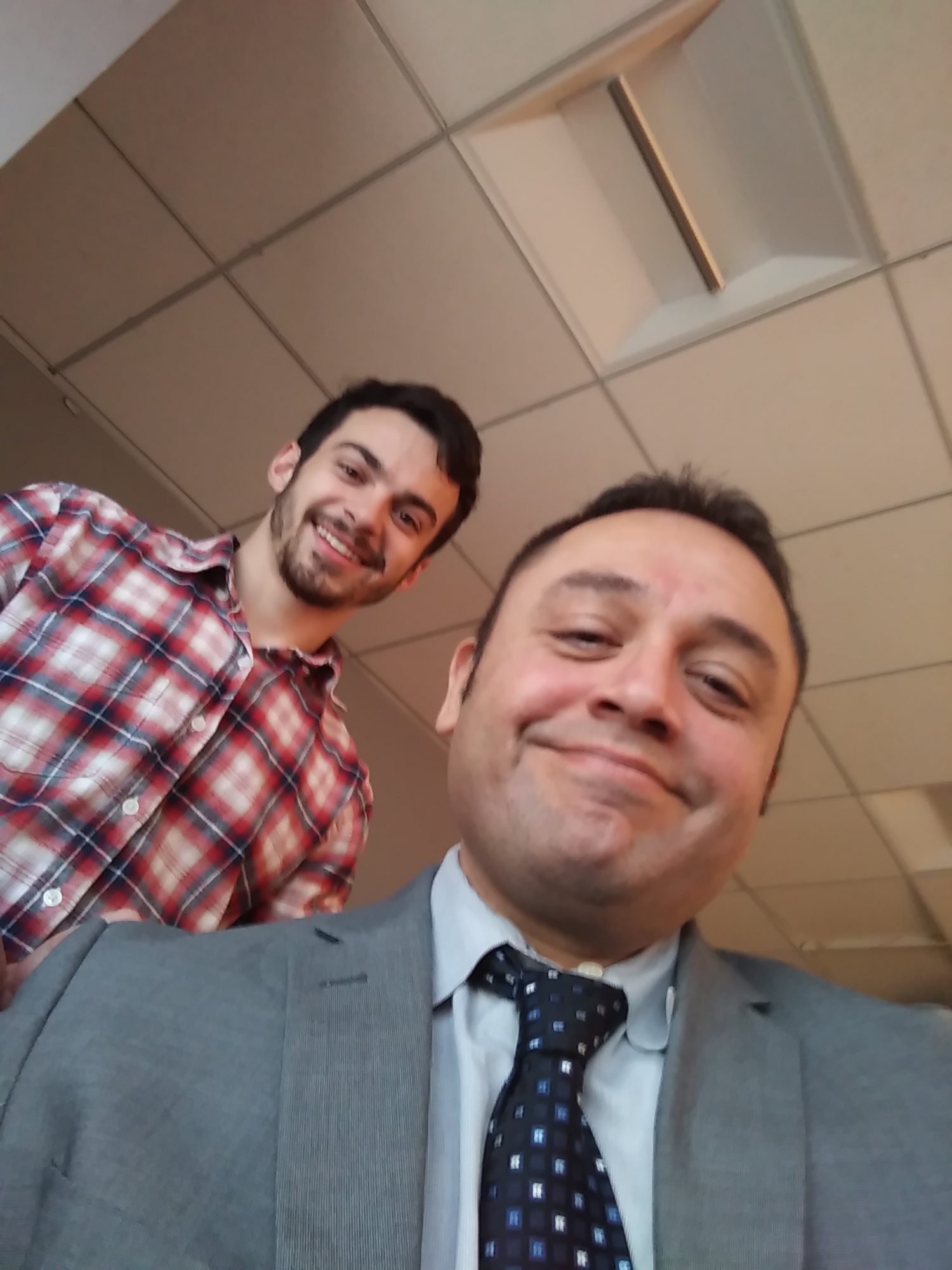 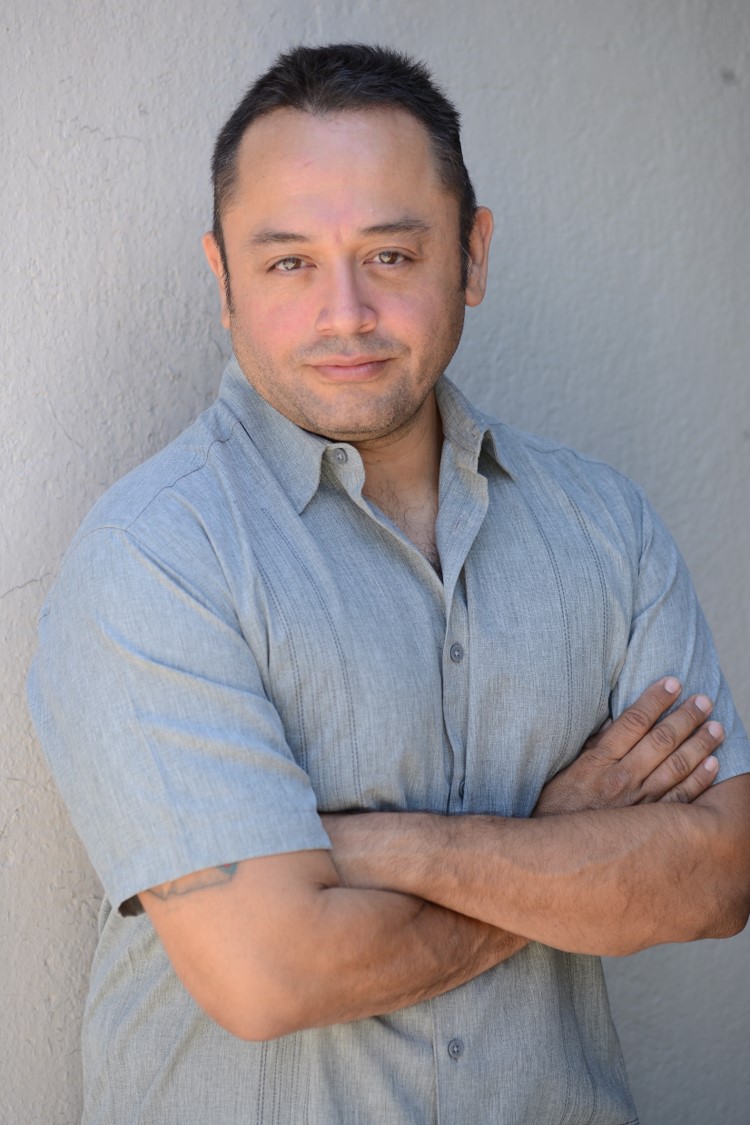 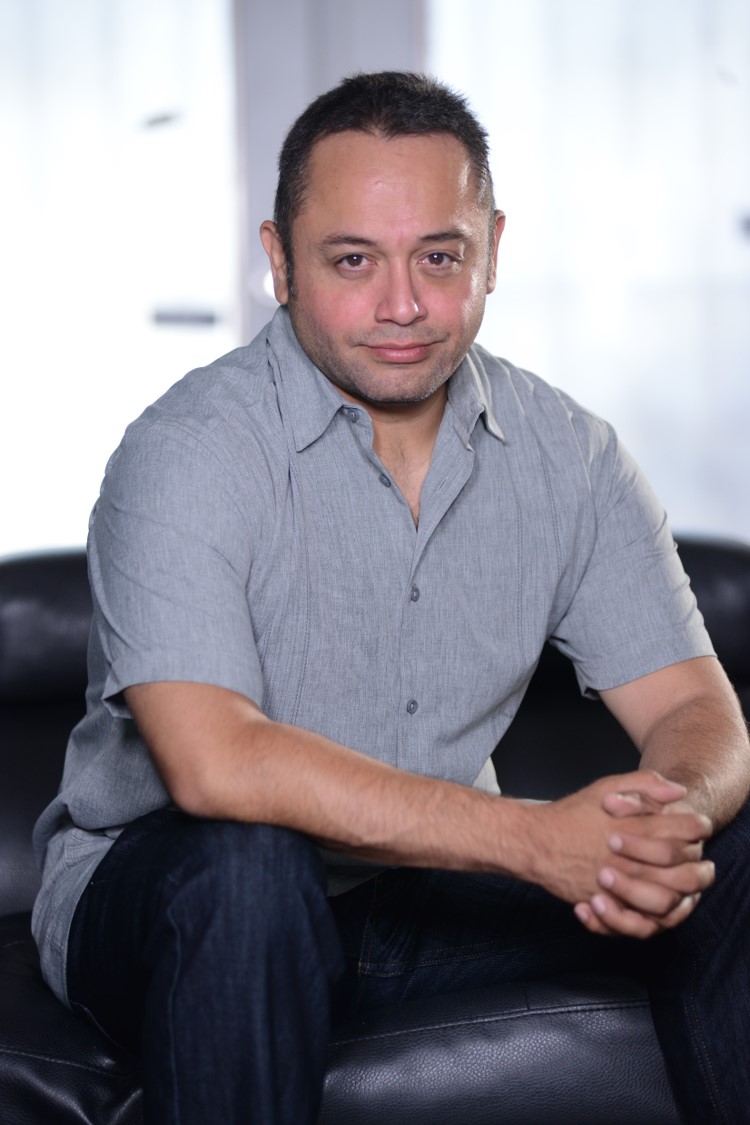 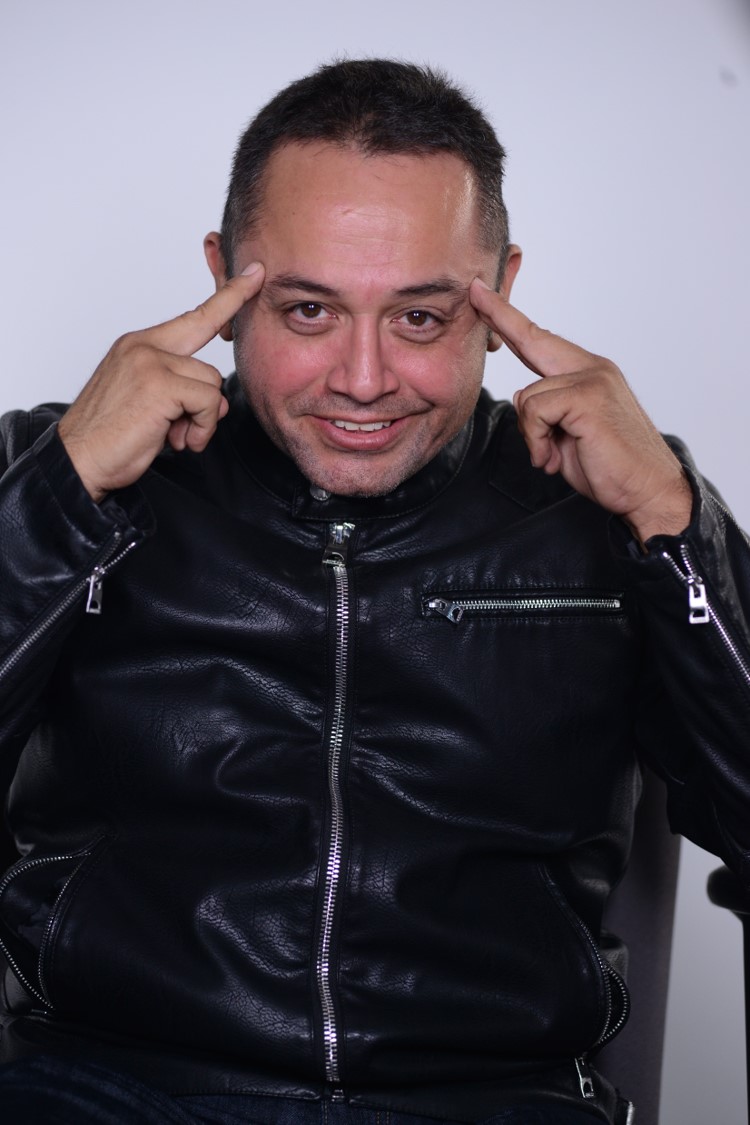 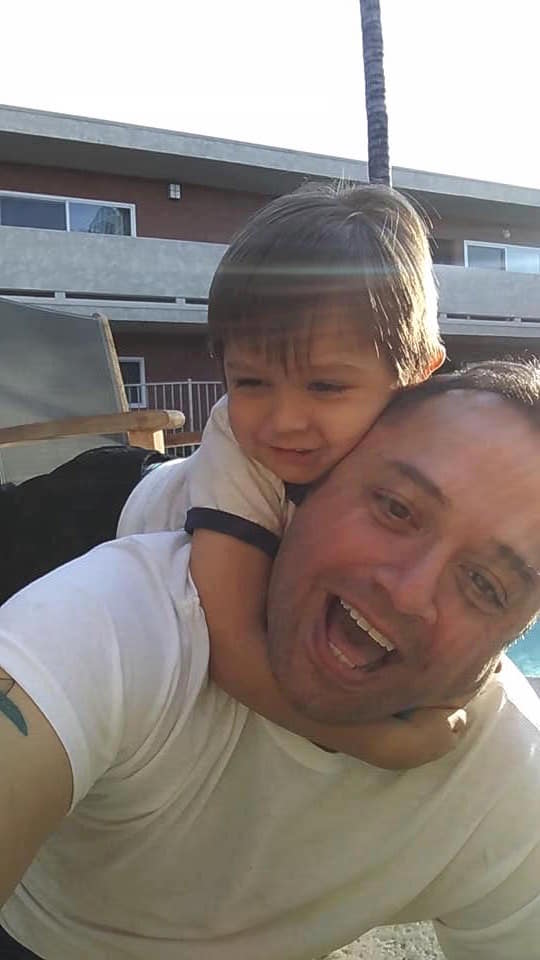