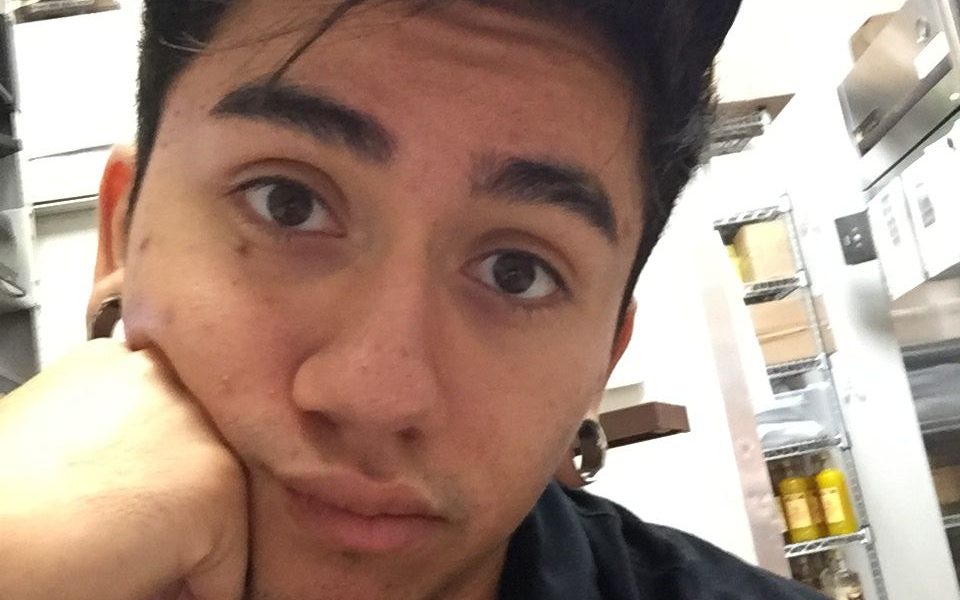 Today we’d like to introduce you to Felipe Reynoso.

Felipe, please share your story with us. How did you get to where you are today?
Photography and modeling just happened recently within the past 2-3 years.

Modeling has been a dream of mine for some time now. But, I have focused much more on photography recently. I always in a somewhat way had it in me due to the fact that my dad does photography as well, as a hobby. Here and there my dad would let me mess around with his camera as a kid. Whether it be at a family function or a random trip to the beach. He would tell me to shoot whatever it is that caught my eye. I seriously thought I didn’t have that as a kid. I do remember me and my dad went out to Huntington Beach here in California and remember him telling me to look at some rocks up against the beaches pier. He told me to see it in a different creative way and I never understood what he was trying to show me. I told him they were rocks. I didn’t see it the way he saw it. It clicks now that I’m older and understands what he was doing. I do owe thanks to him for starting me at a young age by planting that seed that I never even knew would grow and become such a big part of my day to day life today. And, for that I thank him. My photography hasn’t completely taken off the way I would like it to. I’m still striving to have great things happen. And I don’t think I would have unlocked my full potential or continue to be a photographer and be as creative if it wasn’t for a simple question that was asked from my brother, the creative director of my church, Don Barro. Don randomly asked the question if id be willing to take it up and I casually said yes. I never knew that doing photography would come with countless trials and errors. Me being as laid back as i thought it would be an easy task. Boy was i wrong. Lots of mistakes have been made that I’m learning from. It’s taken a lot of me to fully understand what it is to be a photographer and the roles we play. I truly do thank both my dad and Don for putting exposing me to something great. Now, let’s see how far i can go.

Has it been a smooth road?
This road hasn’t been smooth. I really have no idea where I will be taken next. All I know is that I have an open mindset on whats to come. No matter how hard my challenges will be, ill face them head on.

Has there been people or an institution that has played a pivotal role in your career?
A lot of my influence and inspiration that has helped me get to where I am today, would probably be from my parents and my brother Don Barro. Growing up my parents always did their best to make sure that whatever it was I needed, they were able to provide it. Aside from providing materialistic things, they happened to provide nothing but love and support. I truly believe that’s a key ingredient that a lot of us need and it’s something that has helped me get this far and what get’s me going on a day to day basis. Yeah sure I do get days where I have my ups and downs. But, none the less, the encouragement and love that has been shown to me keeps me hungry and focused.

Having influence from my parents is great, but, I do think that having someone outside that relationship circle, can play a pivotal role in my life and others lives. Don has been that one person that has pushed from the beginning to do better. Even to this day I’m still inspired by what it is he says to me and what knowledge he bestows upon me. Of course, there have been countless times where I may have had some personal issues with how I felt when it came down to the criticism, but, I knew and know it’s only for my own benefit. I’m pretty sure Don has wanted to give up on me countless times. I am so VERY thankful he hasn’t. It’s insane how much patience he’s had with me and for that I’m thankful. I have faith that all the countless trials and errors I may face along my journey, I know I can count on my parents and Don to help push me through.

Do you have a favorite type of client or project?
Well, unfortunately, there isn’t any project that I’m working on or client. Although there is one thing that is trying to get my career fully started in. I’m very interested in concert photography. My goal is to be The Devil Wears Prada (band) touring photographer. This band, I’ve always liked since middle school. I recently was able to cover one of there shows which I truly enjoyed. Being able to cover their show was really a dream come true. Not only was I able to cover the show, but was able to meet the band members. That right there was a true blessing. But, aside from just being there touring photographer, concert photography, rather it be in this genre of music or in general, is what I’m pushing for.

What do you know now that you wish you knew when you were just starting out?
Probably not taking the knowledge and training I had received, to its full capability and go back to fully pay attention. I think to many times I took it for granted, Each time I shoot, its always a learning experience. Sometimes I wish I could go back and save myself from having Don explain and repeat so many things to me to save the frustration and disappointment he may have felt. That’s probably something I would consider going back and starting over.

Image Credit:
All images are mine.