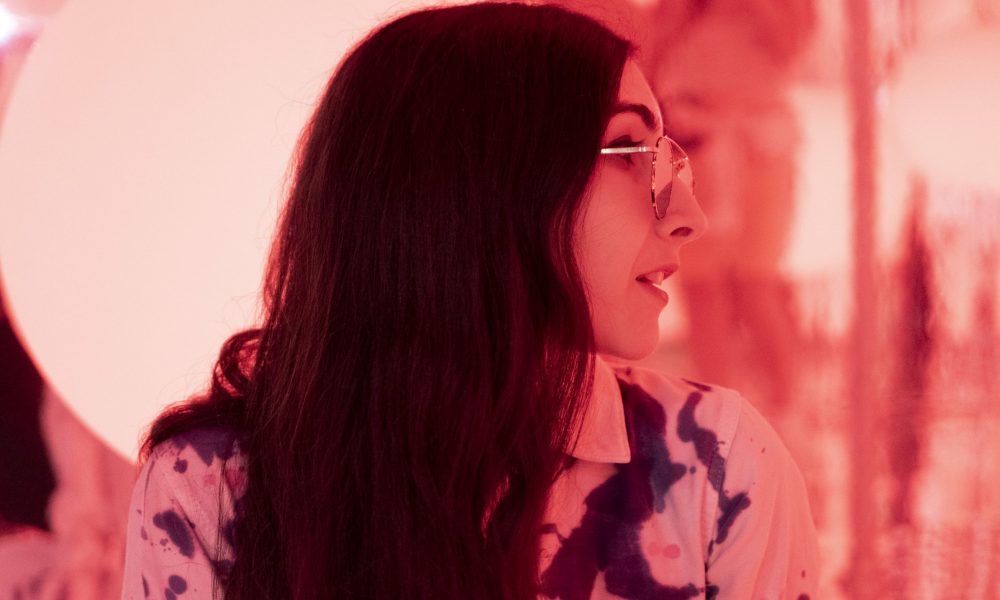 Today we’d like to introduce you to Ege Alper.

Thanks for sharing your story with us Ege. So, let’s start at the beginning and we can move on from there.
I was born and raised in Ankara, Turkey. Even though Ankara is the capital of Turkey, it has a small city charm where people mostly know each other and they are very friendly. I was lucky as a kid because my mother’s close friend circle included many creative individuals like costume designers, painters and musicians. This gave me the chance to be exposed to a wide array of artistic realms at an early age.

While growing up, I always knew I wanted to major in visual arts. In high school, I would skip classes to finish oil paintings for school exhibitions. After high school, I got private lessons in drawing to be able to get into art school in addition to preparing for University Entrance Exam. As a result, I succeeded in entering Bilkent University Graphic Design department with a scholarship to do my Bachelor of Fine Arts degree (BFA) in 2008.

During my time in college, I attended plenty of workshops which gave me a grander perspective about how designers from different countries visualized their own worlds. In June 16, 2009, I was chosen by Assoc. Prof. Dominique Kassab Tezgör, together with three other friends, to participate in the first ever International Student Conference on Georgia-Turkey, Archaeology and Ancient Art. There, I presented a paper on Ottoman Caligraphy.

The same year, in 2009, as a second year college student, I took part in the 16th İzmir European Jazz Festival, 7th Jazz Poster competition organized by İKSEV (İzmir Foundation for Culture, Arts and Education) and I won the first prize.

This was a milestone in my career path on the way of working for festivals.

After finishing my Bachelor’s degree, I started working for ISFF, International Detmold Short Film Festival in Germany. This gave me an understanding of the power of design at an international scale. It was really rewarding to see the whole city of Detmold being covered with posters I had designed and people appreciating it as well as film producers using the corporate identity I had made. I have been their creative lead since the 8th festival up to this day. I also started working with the Festival Without Borders in Turkey simultaneously.

In this phase of my life, I was creatively very content with what I was accomplishing but I didn’t feel challenged enough. So in 2012, after receiving my Green Card, I decided to move to the US to start a fresh chapter. My plan was to creatively continue growing in a visual field. However, I never actually thought it would end up in Motion Graphics.

When I was in college, I had taken traditional animation as well as motion graphics classes but I was always a bit intimidated by the process. When I was looking for jobs in Los Angeles, I always searched for Graphic Design and Packaging jobs. I never even considered Motion Graphics. Then, I started working at Ignition Creative.

At first I was in the Branding Department, however, in time and with the help of the amazing people of that department, I slowly transitioned into the field of Motion Graphics.

My biggest interest was always traditional and 2d animation. So as I further progressed into the animation realm, I found myself focusing more on illustrated animation projects where I could stretch all of my professional muscles at once.

While working as a Junior Motion Designer at Ignition Creative, our team and I won a Golden Trailer Award for the animated Hateful Eight Teaser we had produced. Then with Emily Eckstein I worked for an animated campaign for the Lakers. We did everything manually, frame after frame. Even though it was a tedious job, it was very rewarding.

After two years, I became an Art Director in the same firm and had the pleasure to lead my own projects. The first project that was given to me was a 5 episode animated documentary project called “Right Idea Wrong Time” for National Geographic. Even though the deadline was crazy, It still was an amazing project to work on. The project won 2 Clio Awards and a Silver Promax Award. Then with the Motion Graphics team, I had the pleasure of working for the new Brightburn Movie. The outcome of the animation was a minute long piece that summarized the whole movie. I am so proud of the team I worked with for this project. Jean Kim, Ralph Smith and Emily Eckstein all are extraordinary talents and together I believe we created an amazing animation.

Outside of work, I also have worked on a couple of other animations with my dear friend Emily Eckstein. In 2017 we joined the Exquisite Corps project “Fired Up” as the animation directors being responsible for the first 13 seconds of the film. Fired Up is a short animated film that depicts the origin story of President Obama’s famed “Fired up, ready to go” chant. We were very fortunate to collaborate with amazing talented people on this exquisite corpse animation project. The short video was later uploaded to Vimeo.

Recently I’ve been busy helping Robin Lieberman with her new brand LIFEHONEY. LIFEHONEY is a brand that creates products for self-growth. Creating this brand and its products from the ground up is a thrilling journey. It’s always a pleasure to work with special people who want to make a change in the world and Robin is one of them.

Great, so let’s dig a little deeper into the story – has it been an easy path overall and if not, what were the challenges you’ve had to overcome?
Honestly, all changes in life are challenging. But I would say every step of the way I learned something new about myself. Moving to Los Angeles was not that simple. I moved all around the country, first in San Fransisco, then New Jersey, New York, Boston, before I settled down in Los Angeles. Changing creative fields wasn’t simple either. But I was very lucky to have amazing people around me that helped me at every step of the way. What I have learned from my experiences is that it is O.K. to ask for help when you need it. I also learned that anything is possible if you work hard for it.

We’d love to hear more about your work and what you are currently focused on. What else should we know?
I am a full-time motion graphics animator and a part-time print designer. I think this makes me a kind of designer that can work and bridge these two different fields easily. I do put the effort in each and every frame as if the animation was paused at that moment that frame would still look good.

Animation is a very specialized field. You see lots of people working only with 2D,3D, Compositing or just even making effects. I feel like I work as a multi fielded generalist, almost like a one man band and when you’re working on a project that’s like a festival that pays off. There’s always something different to design and create. 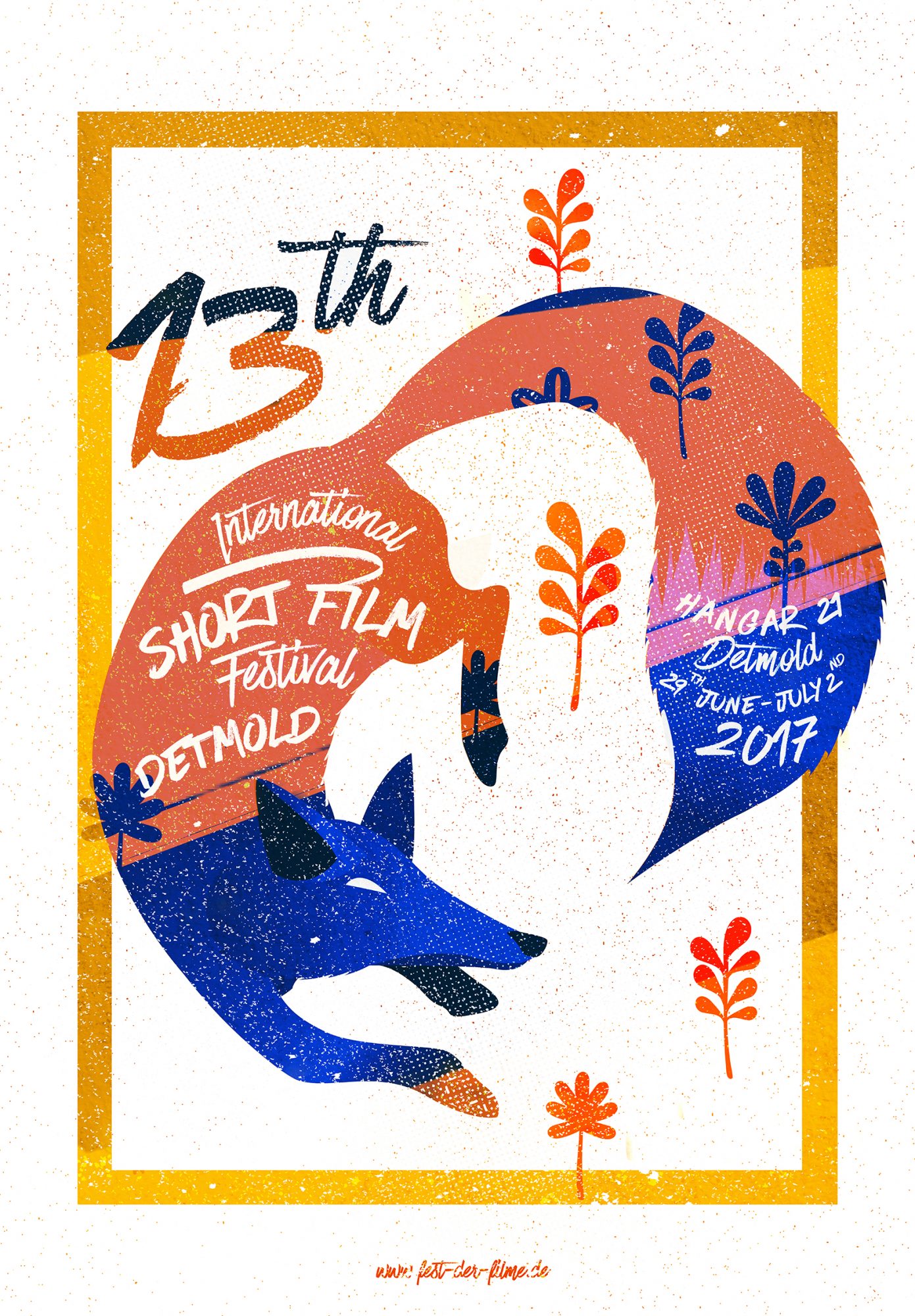 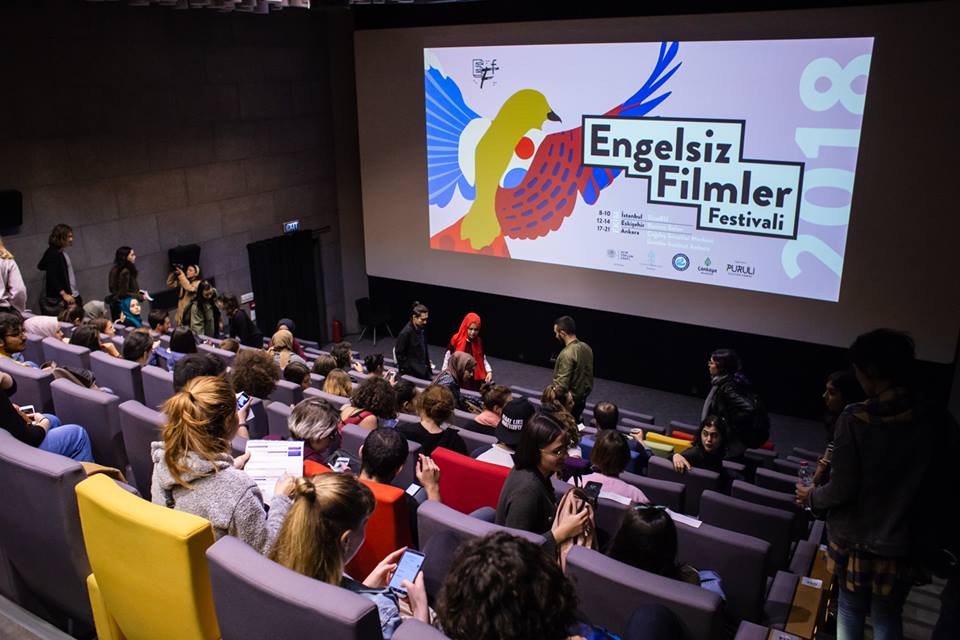 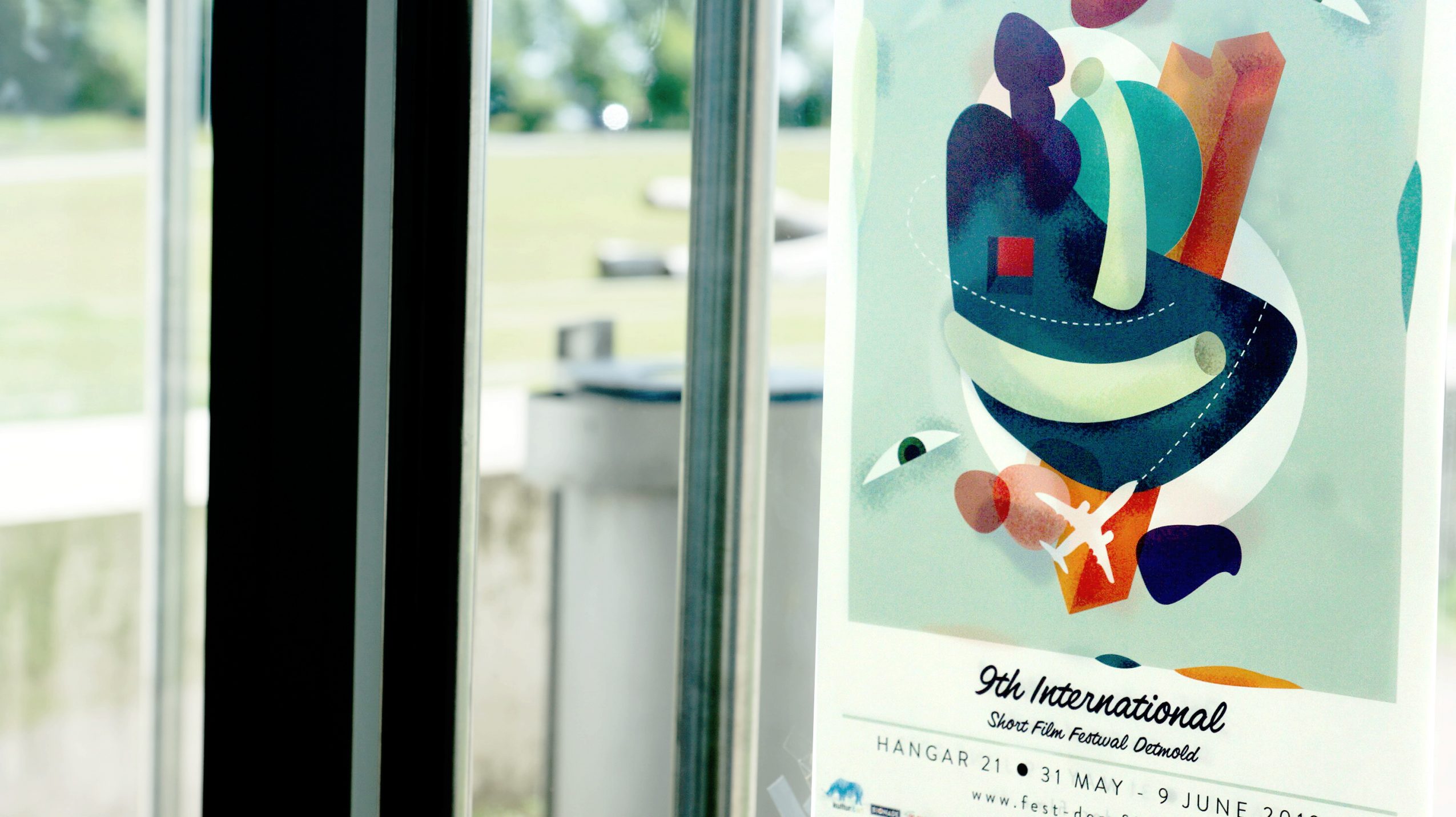 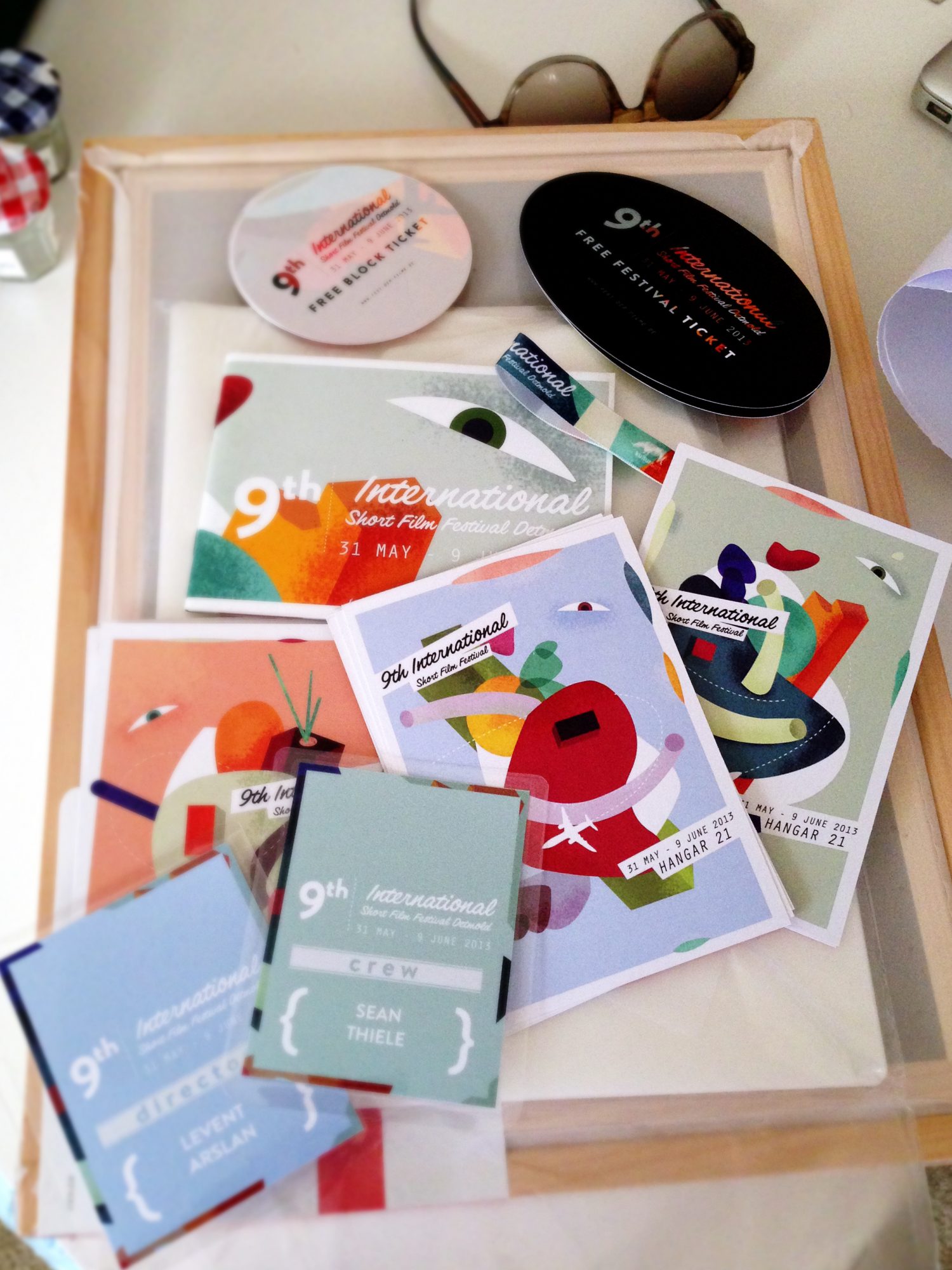 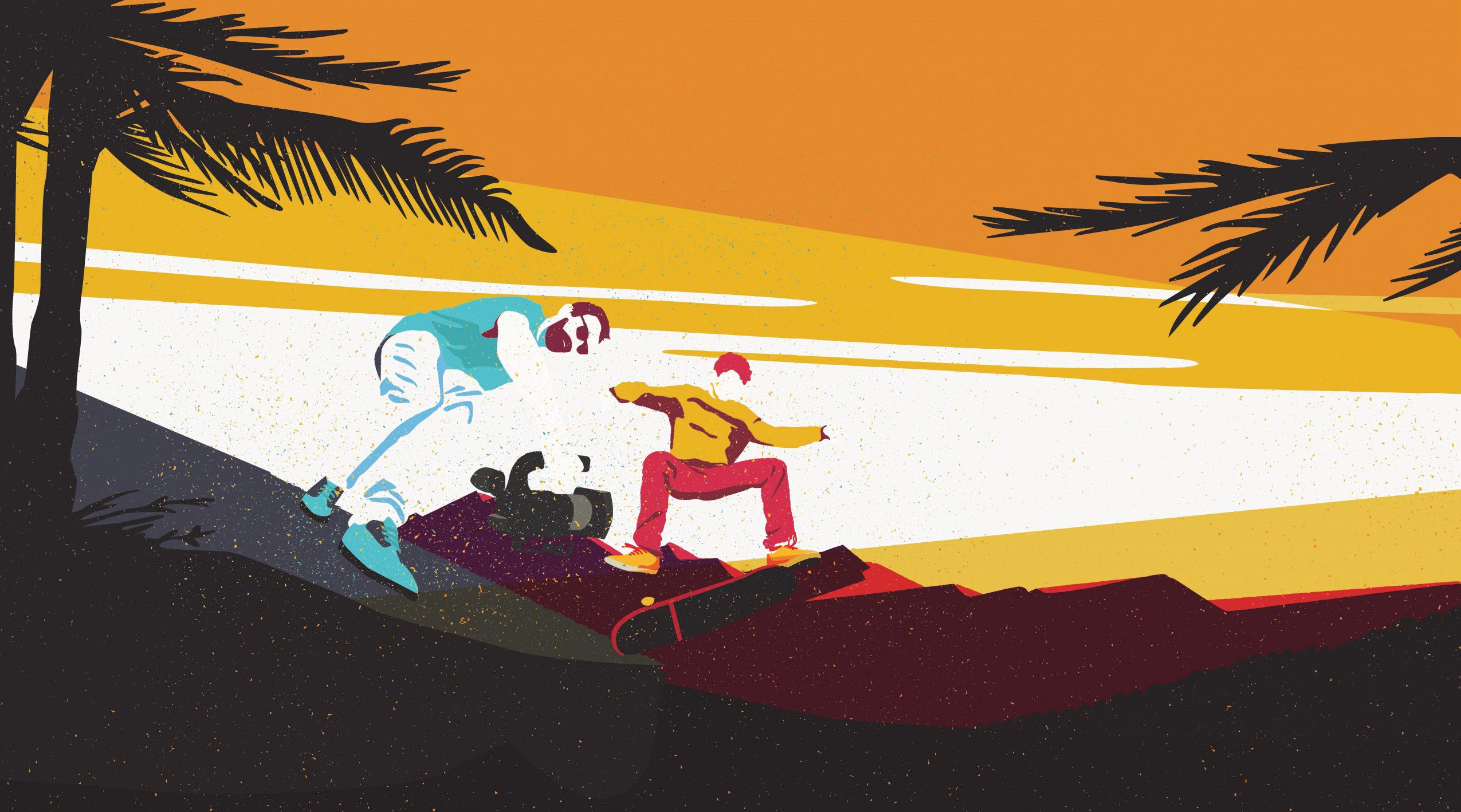