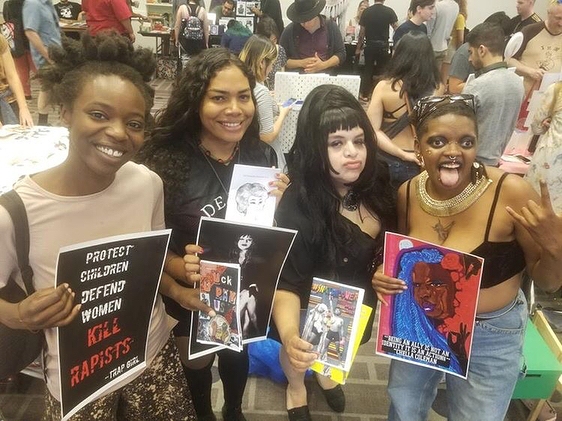 Today we’d like to introduce you to Edxie Betts.

Edxie, let’s start with your story. We’d love to hear how you got started and how the journey has been so far.
My story started in Illinois. I later moved to Hawaii, lived there for about eight years then moved to so-called Los Angeles, where I started going to anti-war protests when in high school. Then later joined one of my best friends in Kentucky, where I had a string of odd jobs and started my first real direct actions escorting people who can give birth into abortion clinics. That was really scary and dangerous work. So many of these pro-life/anti-abortion zealots have been known to be very violent and have even killed clinicians and abortionists.

I eventually moved back to LA and started organizing when the Occupy movement happened. It was a mess but we were young and I was radicalized by later on getting more acquainted with existing autonomous and anarchist efforts.

I started participating with a number of collectives in LA, never a member of an organization. Some collectives I can remember first hand were Los Angeles Queer Resistance, Comida No Bombas, Revolutionary Autonomous Communities, On Resistance Radio Collective, Buff Butch, damn I know I’m forgetting so many to mention. Other social movements I participated in were queer and trans liberation movements, anti-police violence, anti-gentrification, decolonization, Indigenous land defense, and the movement for Black Lives.

I’ve been incarcerated a number of times. Either participating with movements or direct actions or because of survival crimes I’ve done due to being poor, trans and houseless.

I’m still participating in different collective efforts, I’m just a lil more lowkey about being a part of some efforts nowadays. I’ve learned so many things from my comrades and fam I’ve made over the years. I’m absolutely nothing without them. Much of my current work is by and for oppressed/colonized peoples and the lands we belong to. I change up my role every now and again, especially when I feel burnout coming. But yea that’s very much the name and question of struggle, how can we find love and joy while we endure through this political mess we’ve inherited?

We’re always bombarded by how great it is to pursue your passion, etc – but we’ve spoken with enough people to know that it’s not always easy. Overall, would you say things have been easy for you?
It has definitely not been easy. I do, however, want to emphasize the collective magick and feeling gotten from collective organizing. Having an idea or plan whether it’s an individual or collective one and executing that is exceedingly fulfilling. It’s given so many of us ancestral purpose. It’s why I continually do work that I do without congratulations, or even thanks and coin in return. I think it’s important that helping other oppressed people isn’t only relegated to a 9-5 job.

There are people out there who absolutely hate my politics, but they still have respect for myself and comrades who’ve committed so much labor and ideas without payment in mind or received. That’s part of the politics we’re fighting for. I mean we obvi still living under capitalism, but try to think outside of the commodified box for a moment. My praxis is grounded in insurrectionary mutual aid, where we are trying to make irrelevant the interlocking systems of domination that not only regulates our every day lives, but is also killing us. Has our-storically been killing us and the earth.

Having and living by these political philosophies is another marginalization all on its own. These kind of ideas are not and will never be backed by the government and it’s state institutions because they threaten Power. Being a threat to people who want established/legitimate Power has been one of the most isolating feelings in my life and I’m an Afro-Indigenous Trans Feminine person. Compounded with being Black, and Indigenous and trans, and feminine and having mental health disabilities because of how society treats you when you occupy all these positionalities has been a lot to take on. But for now I’m still here, I got a lot to do and feel before I return home into the land. But my work will live on and hopefully help more than just people.

We’d love to hear more about your work and what you are currently focused on. What else should we know?
I’ve accepted that politically and economically I might always be in a space where sometimes I’ll feel like I’m ballin’ and other times I’m having to ask my communities for support and or wrestling with doing sex work to pay a bill or two. I’m not as invested in my own branding or capitalist logics as I should be in order to survive. So maybe that’s what I’m known for? My current work emphasizes autonomous political education with an anti-State, anti-colonial lens. I do workshops, , and presentations on copwatch, consent, decolonization, autonomous organizing, and other skill building with the purposes of decentralizing the knowledge it takes to survive. I’m also a multimedia artist and counter media propagandist focusing on self-collective healing, counter narratives in the form print media, visual and performance art, writing, and poetry. There’s growing global autonomous movements of people just like me.  We’re more of a threat when we move together than we are as individuals.

I’m not the 9-5 having type. I’ve had 9-5s but I’ve never been able to keep em. And now dealing with anti-Blackness or transphobic micro- aggressions or cis-sexism are more than I can actually be around. (*note for those who don’t know: cis-sexism is the assumption that everybody in a room, space, or institution adheres to the colonizer’s gender norms. i. e. To assume that everybody is cisgendered/not trans OR to make wild generalizations about trans people based on media, tropes, and stereotypes) Also, since I currently have a criminal record due to my participation in movement work, landing jobs has been rough. It’s an interesting space to be in when you can’t be hired at your nearest El Pollo Loco, but you can speak at Dartmouth College or other Ivy Leagues because of the things you did to acquire said criminal record.

I think what sets me apart from others are my lived experiences. But isn’t that everybody? It might sound cheezy but we all have our own unique lived experiences that set us apart from everything else, but we are also interdependent on one another. Capitalism tries to sell us the lie of independence and rugged individualism, but people and many other living beings actually need each other.

What were you like growing up?
I was more reserved and way more feminine, but surprisingly outgoing. I was always a young gender non conformist. I tried to hide my femininity but failed often.

While living in Hawaii I was in and out of foster care because of an abusive father as well as colonization imposing state “solutions” heavily on the people of the islands. I always fell back on art to cope with dealing with different traumas and tragedies.

In my senior year of attending Los Angeles High School, I was institutionalized or 5150d at least 3 times because I was seeing or feeling people who “weren’t there”, wasn’t sleeping and was overly stimulated to the point where all I was doing while in school was writing or drawing in my sketch journals. This was a rough time for me because I was on antipsychotic meds that made me feel like a zombie. I remember while on the meds I’d get lost on my way home from school or get ticketed by police for laying on the ground on Melrose cause I was so high and out of my head off the meds that I needed to lay down cause I felt like I was gonna fly away. I remember being alone a lot during this time. And didn’t like the meds cause I didn’t ever feel like myself. I didn’t feel like me again till I moved to Kentucky and got a job after being homeless for about a month.

I’ve always been pretty anti-authoritarian before I knew what the word meant. In LA high school, I was relatively known for my rebellion to the institution. Once I came to school with a large spiked bracelet on, I was a young punk, but was a mixture of genres. I remember by sixth period my Spanish teacher told me to take off the spike bracelet. So I refused because this rule wasn’t in our school’s agenda book, which listed all the rules and dress code. So I was sent to the dean’s office and he told me I have to take it off because it could be used as a weapon. So I asked him, “So if I were to take off my pants and choke you with them, are you gonna ban pants?” Lol I was immediately sent home  and was asked to come back the following day with my parent or guardian. So I came in with my older sis and at the time my sister was a video vixen, so either the Dean was just a normal every day creep or he recognized her from music videos,  in any case the dean started hitting on my sister! And was asking us what races we were and all this extra unneeded flattery, but then literally canceled my suspension. Later on, I had a friend who interviewed me for the school newspaper and I was quoted saying how ridiculous this punishment was and that the only reason my suspension was canceled was because the dean was hitting on my sister! Funnily enough, I was suspended about four more times after that by different deans and teachers after that. The following school year the agenda books included no metal spike bracelets and with required sizing now bigger than a half an inch. It was my first lesson in seeing that policy can be arbitrarily be created to silence your voice and actions. I never graduated or got any degrees, but as someone with my particular experiences it means a lot to dismiss the scholastic credentials needed to do what I do.  Expertise is a hierachical lie that claims you need certain book learning or school to acquire knowledge. Knowledge isn’t only passed through people.  So assuming every being should need to even know how to read to get free is terribly arrogant and western.

But I’m still playful at heart. I have more in common now with my childhood self than my teenage or beginning adult self only because I’ve repressed my femininity for so long.  In the last 4 or so years I feel like I’ve finally returned back to who I’ve always wanted and needed to be. Not a girl,  not a boy. Just something that The West tried to destroy. 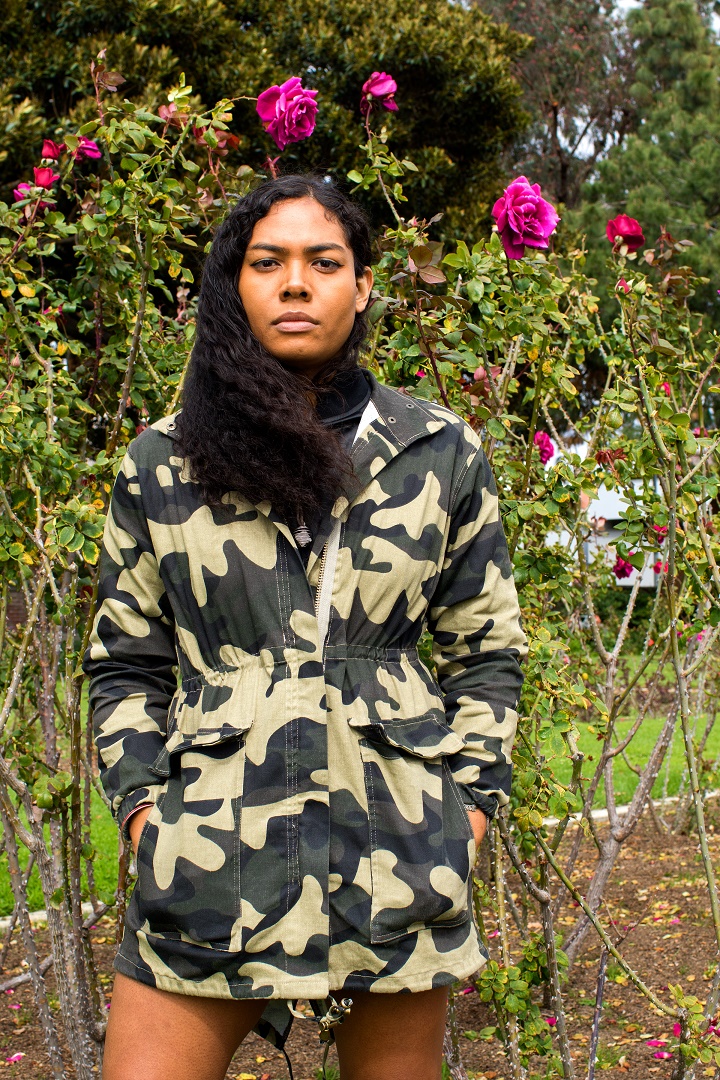 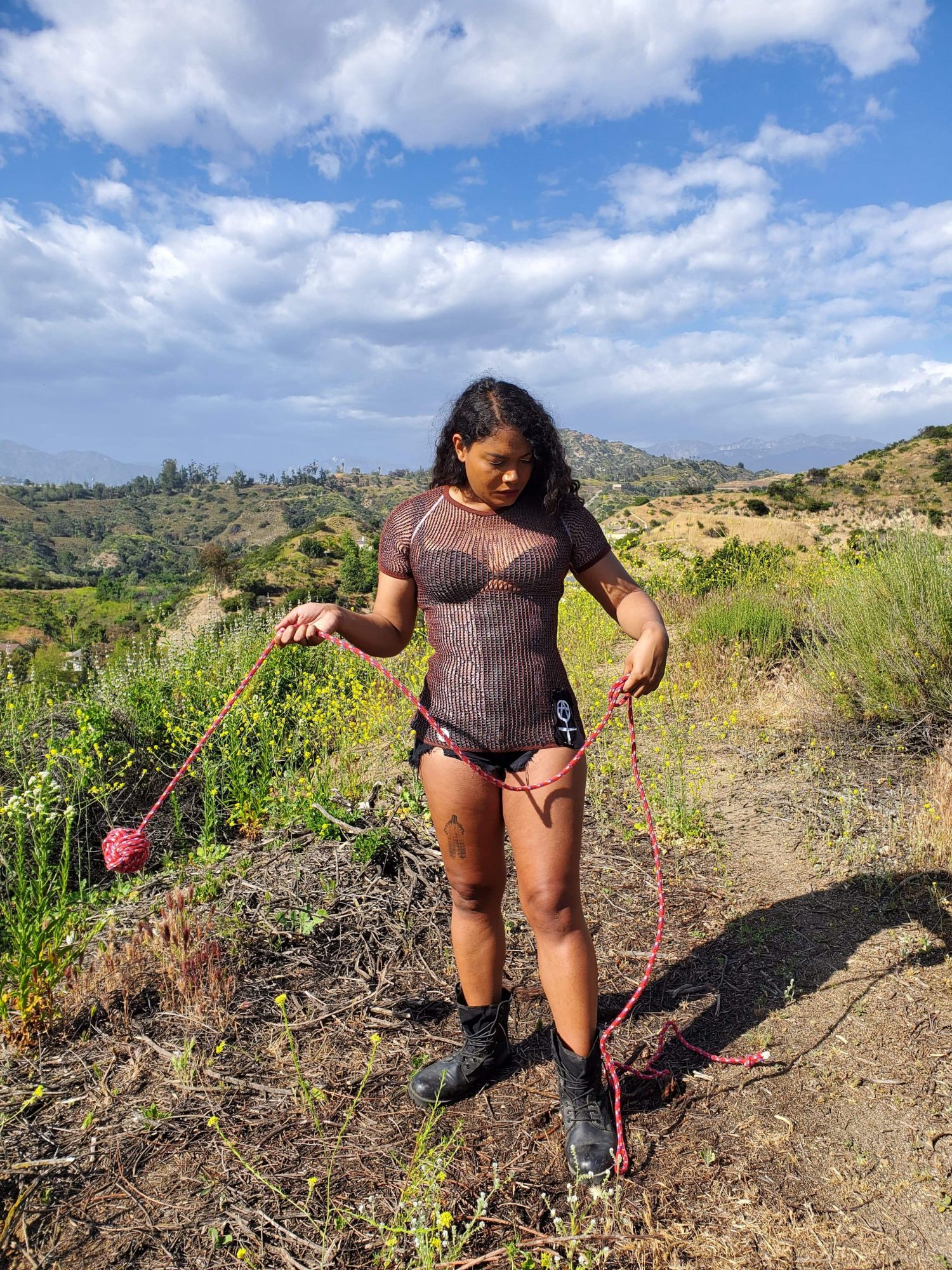 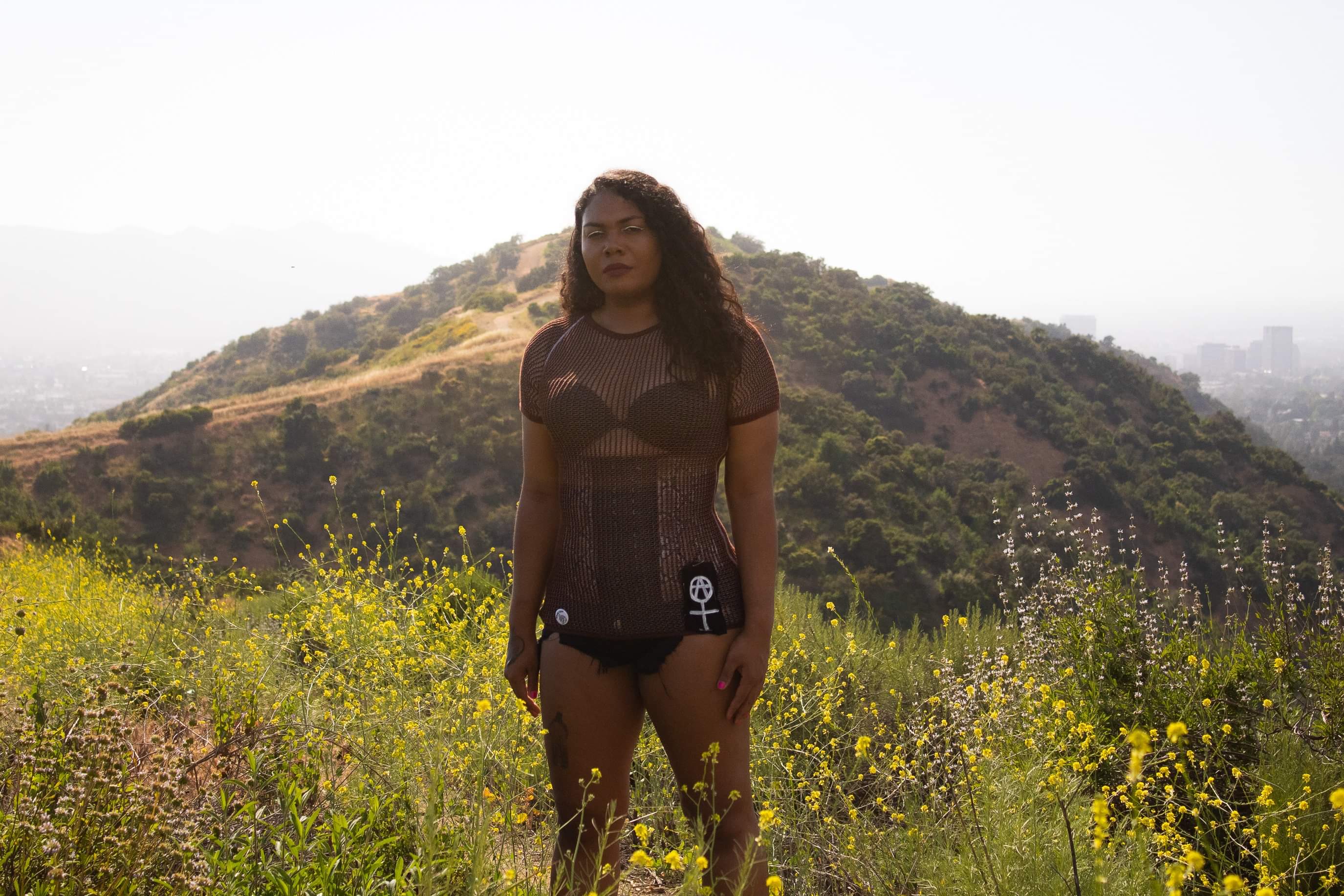 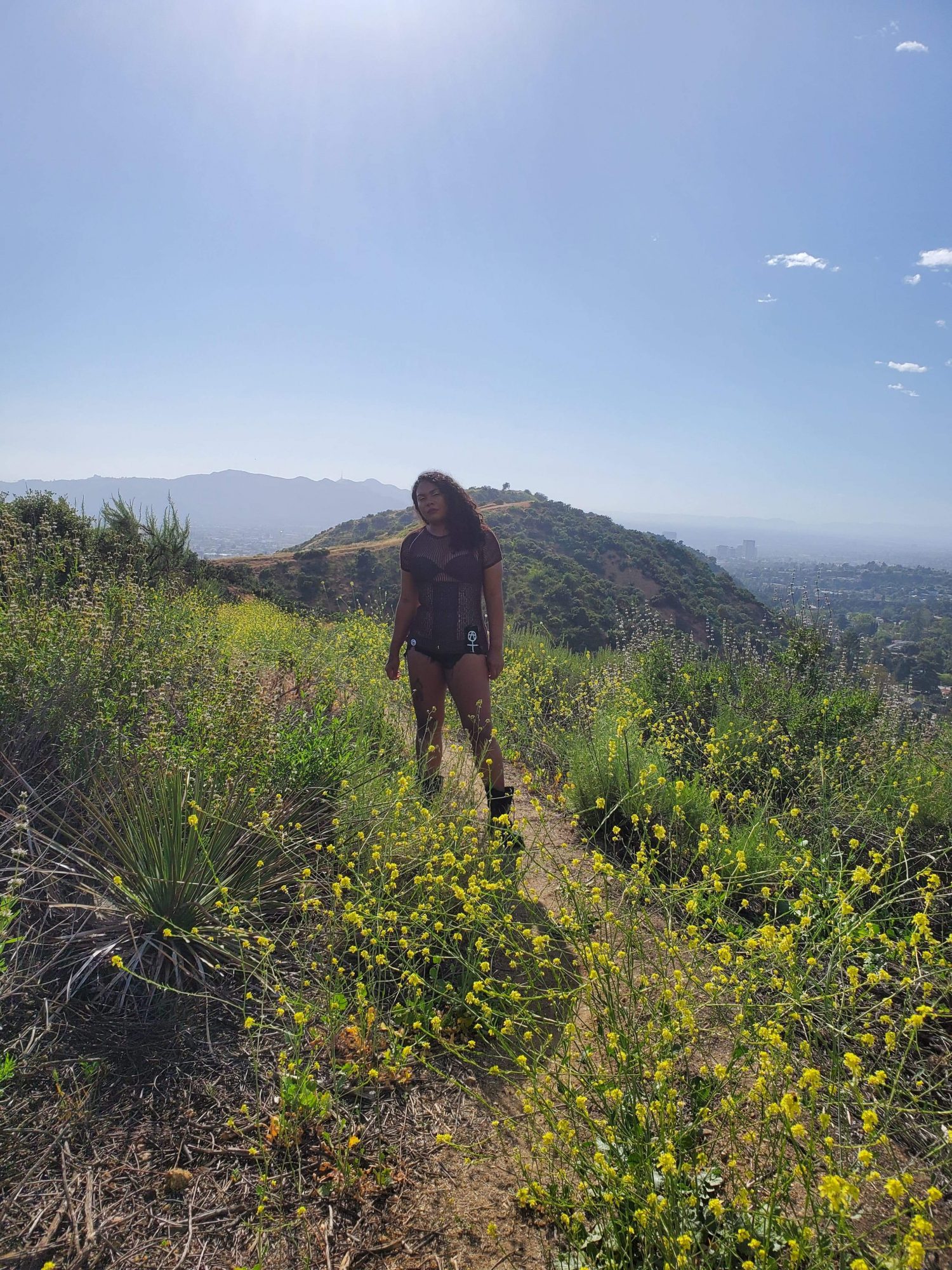 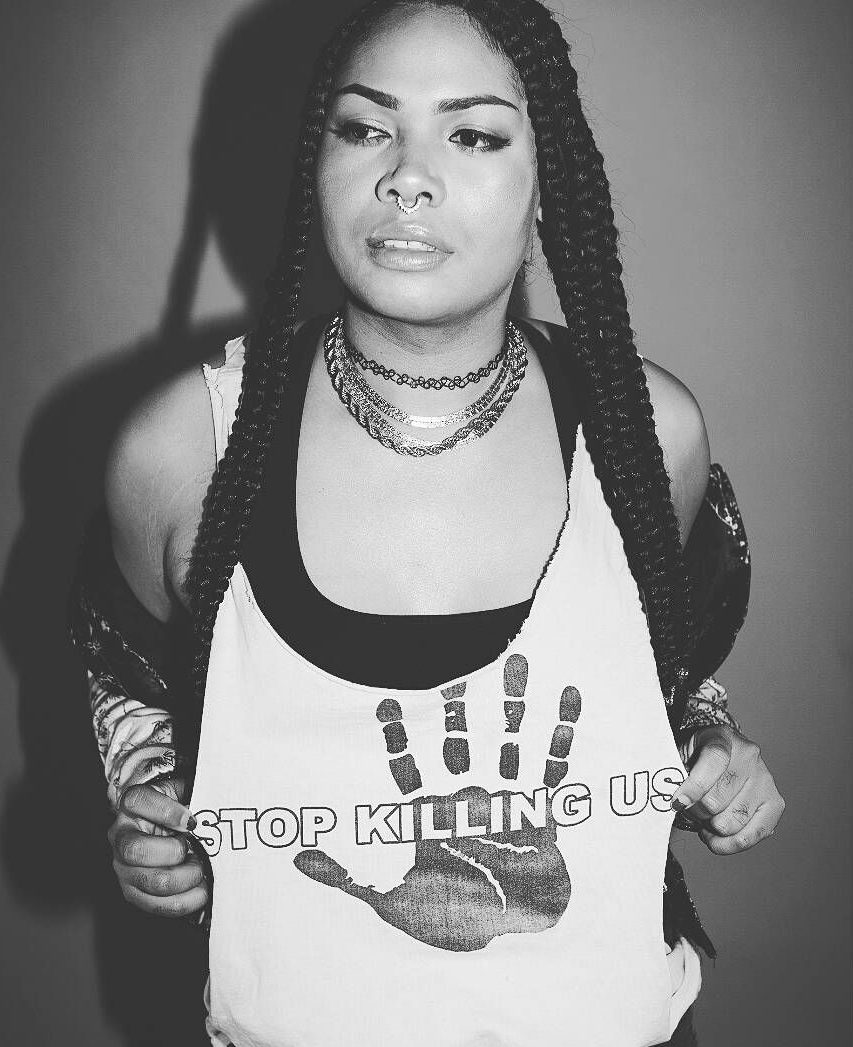 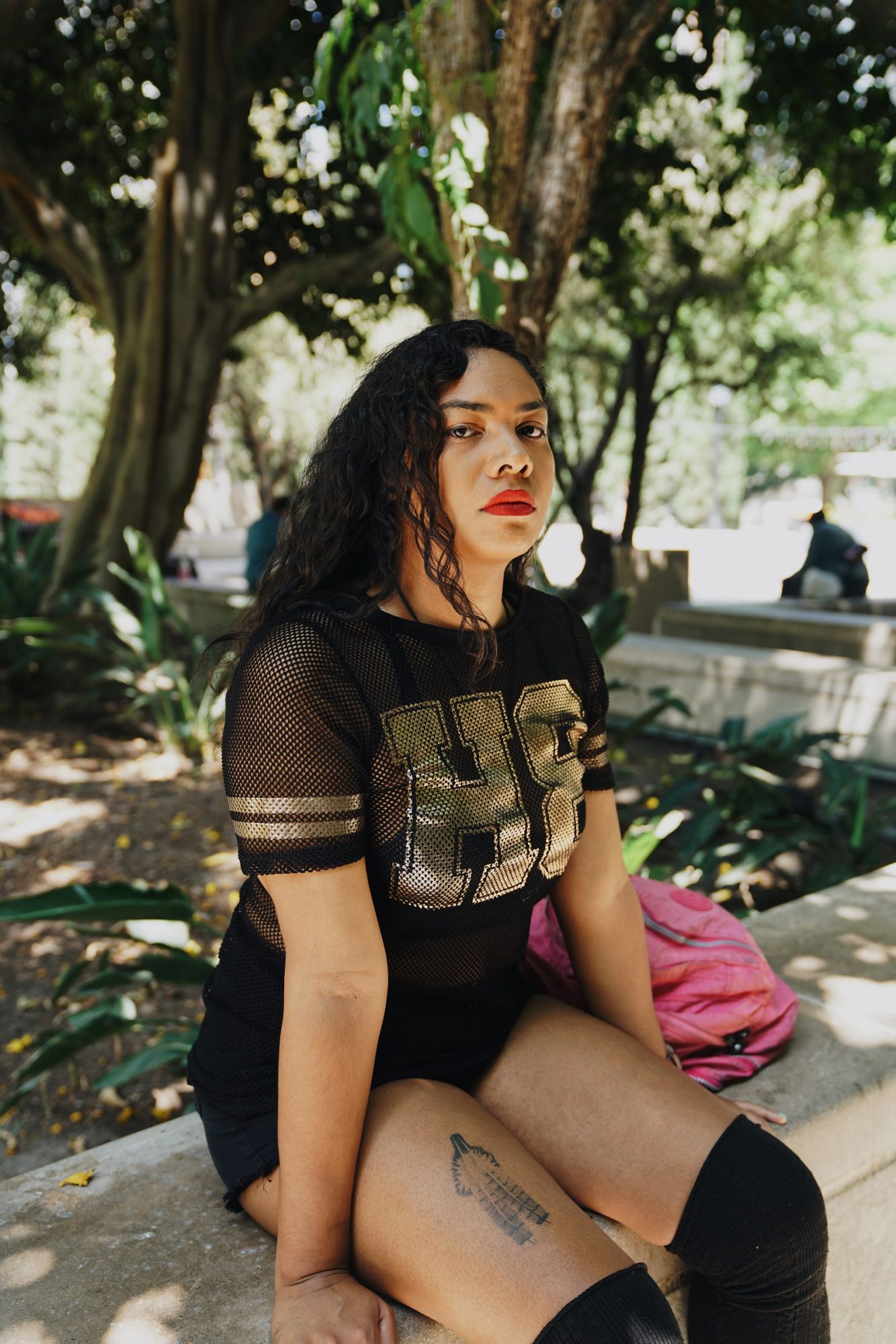 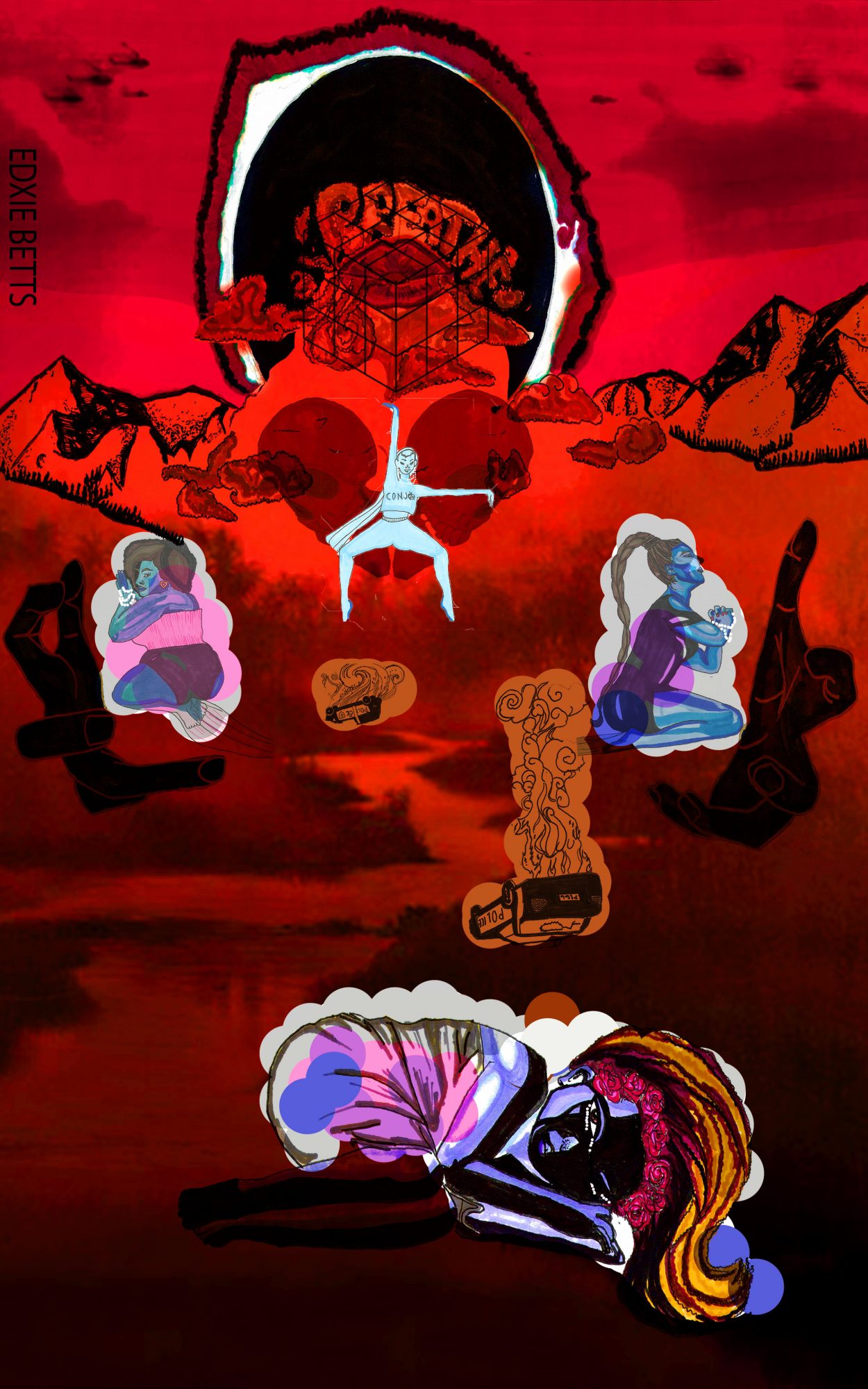 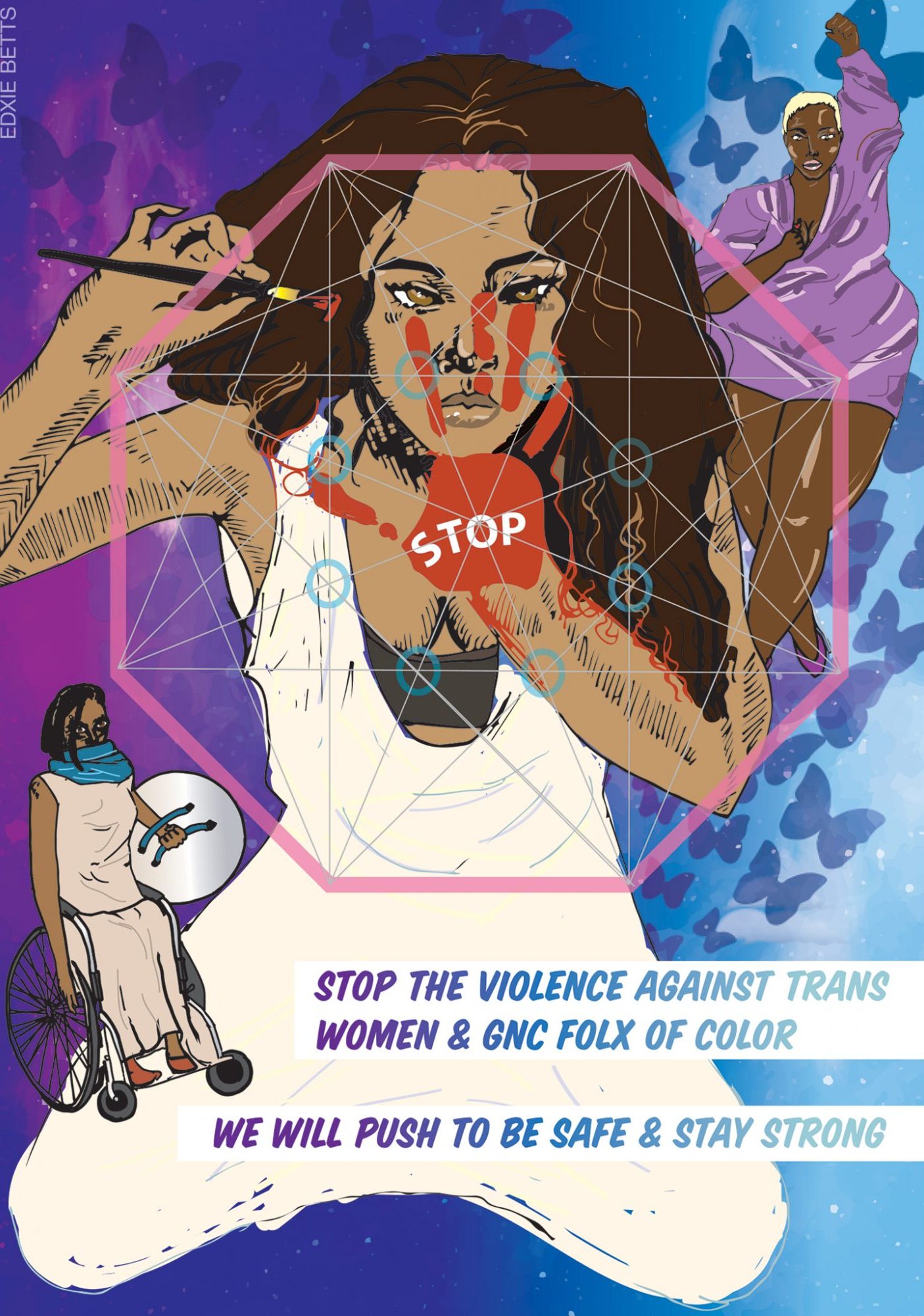