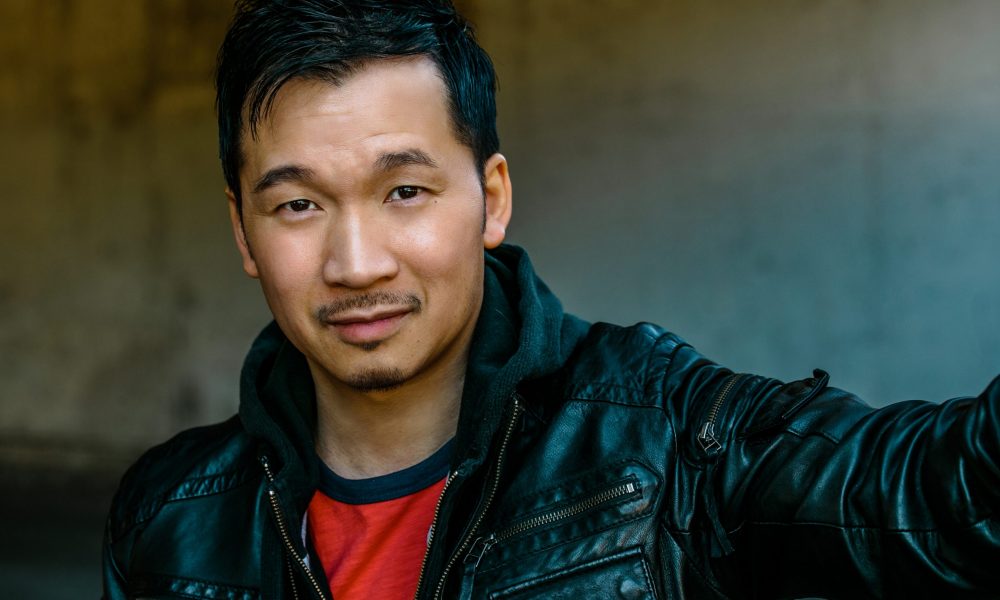 Today we’d like to introduce you to Eddie Mui.

Eddie, let’s start with your story. We’d love to hear how you got started and how the journey has been so far.
My name is Eddie Mui and I grew up in Seattle, Washington up until the early 1990’s where I moved to Los Angeles to pursue further interest in breaking into more film and television work. During my late teenage years I started to focus more on the possibility of transitioning into the idea of becoming a full time actor after performing in various staged plays throughout the Seattle area and at the same time had a strong desire for my major in communications which also at that time I was a sports intern at the local CBS television affiliate KIRO (Channel 7) under the mentor ship of local sports reporter icon the late Wayne Cody and future ESPN’s sports reporter national icon Linda Cohn. After the conclusion of my sports internship at KIRO Sports, I soon decided to rent a U-Haul truck and with my Mazda Miata in tow gathered up some of my personal belongings and headed south to southern California with my big dream of ultimately becoming a professional working actor in Hollywood. After finally arriving to LA from the two day long drive into town, I found a small apartment on the top of the hill from Chinatown which was basically next door to Dodger Stadium with no gas stations or major supermarkets nearby. Since I really didn’t know anyone here in “the city of angels” it was a struggle to get around and not get lost often when during the early 90’s there were of course no cell phones or GPS, but after another actor I met at the longest and oldest Asian American theatre company in the nation known as East West Players kindly suggested that I go out and purchase a Thomas Brothers Guide to help me maneuver around the crazy amount of freeways and streets of Los Angeles where I kinda knew where I was coming and going… that soon became one of the best investments ever that I had made in my first four years of living in the LA area. In fact thinking back now to those times driving around in LA (during the 90’s) there were basically three things you always had to have in your car or you were in some big trouble… plenty of gas, a current updated Thomas Bros. Guide and The Club security bar for your steering wheel to lock up after exiting your parked vehicle wherever you were. That was like the three golden rules of having your own car and driving around LA at any part of the day or night living here in the 1990’s.

As far as my love for live theater goes since that is my background on how I got into acting in the first place back in my hometown of Seattle, I decided to go down to East West Players which back then around that time was located on Santa Monica Blvd just east of Vermont avenue not too far from the Silver Lake area. I volunteered to be the assistant house manager where I got to see various stage productions and met many other Asian American actors, writers and directors and also became good friends with some of them to this very day. In 1993 they were having auditions for David Henry Hwang’s “THE DANCE AND THE RAILROAD” at EWP directed by Tzi Ma who actually originated the role of (Ma) way back in 1981 at the Joseph Papp Public Theater in New York City directed by John Lone. It was my first ever main stage role in LA as I was selected by Tzi Ma himself for the role of Ma after auditioning with practically every young adult male Asian American actor in town for this two character play. Then just two years later in 1995, I was fortunate enough to be cast as (Lohman Chin) in EWP’s world premiere hit comedy “S.A.M. I AM” written by Garrett H. Omata and directed by Heidi Helen Davis. There were many other stage productions that I have been involved in after those two at EWP with other theaters throughout the Los Angeles area, but more recently I was cast in the world premiere main stage production of “TOKYO FISH STORY” written by Kimber Lee and directed by Bart DeLorenzo at the Tony-award winning theatre company South Coast Repertory in Costa Mesa where my role in this particular play consist of me portraying six different characters in its entirety with multiple costume changes and using various accents for each distinguished part.

Currently… I am performing every Sunday night at 7pm until August 26th as the character (Ventura) in the world premiere madcap comedy stage production of “THE BLADE OF JEALOUSY” written by Henry Ong and directed by Denise Blasor at The Whitefire Theatre in Sherman Oaks, It’s a ten week run and we have already SOLD OUT our first seven shows in a row to packed houses of audiences conveying non-stop laughter from start to finish.

We’re always bombarded by how great it is to pursue your passion, etc – but we’ve spoken with enough people to know that it’s not always easy. Overall, would you say things have been easy for you?
I will say that over the years of auditioning for various film and television roles in Hollywood, I still come across from time to time what I believe to be pretty stereotypical for Asian American actors to portray, but I do also think that in recent years with more and more Asian American artists speaking out alongside with other people of color pointing out in general how having diversity in front and behind the camera has been truly lacking in the past from the film and television industry… that the entire Hollywood community has to realize that change is deeply needed and hardworking talented people of all different races and backgrounds should be able to all come together and show and tell everyone’s unique special stories to educate and entertain all the greatness that this nation can provide no matter what you look like or where you came from before becoming a proud American citizen.

So let’s switch gears a bit and go into the Eddie Mui story. Tell us more about the business.
Besides being an actor and pounding the pavement everyday in Hollywood for hopefully that big break to come along… about five years ago I started to research more about helping to create my own projects like independent short films and feature length films as well becoming essentially a producer where I produced a few fairly successful projects that I also had a substantial role in front of the camera as well as playing lead characters. “SOMEONE I USED TO KNOW” written by West Liang and directed by Nadine Truong is a wonderfully crafted independent feature length film that plays in the style of movies like 1985’s “The Breakfast Club” and 2001’s “The Anniversary Party” was highly delightful and accepted in many indie film festivals around the world and screened practically at every Asian American film festival all across the nation. “UNIDENTIFIED” is another feature length movie that I also produced and actually came up with the original concept for after having many lonely road trips to Las Vegas alone in my car late at night driving from LA in the past twenty years or so. This particular film has a great mix up of many different themes to entertain all adult viewers with it being a road trip comedy, adult humor, suspense, mystery, drama, action, chase scenes, scary moments and also some sci-fi to top it all off. This film stars a great talented diverse cast with natural comedic chemistry between the four leading actors made up of Parry Shen, Colton Dunn, Eric Artell and Eddie Mui. “UNIDENTIFIED” (2014) is written and directed by Jason R. Miller and can be found currently for your enjoyment on Amazon Prime for streaming, rental or to buy.

Has luck played a meaningful role in your life and business?
As far as luck goes… I believe truly the single luckiest thing that has ever happened to me hands down after moving to LA years ago is finding and marrying the most wonderful, kind and genuine person I have ever known. Without her love, patience and endless amount of support that I am lucky enough to receive… I would be lost. 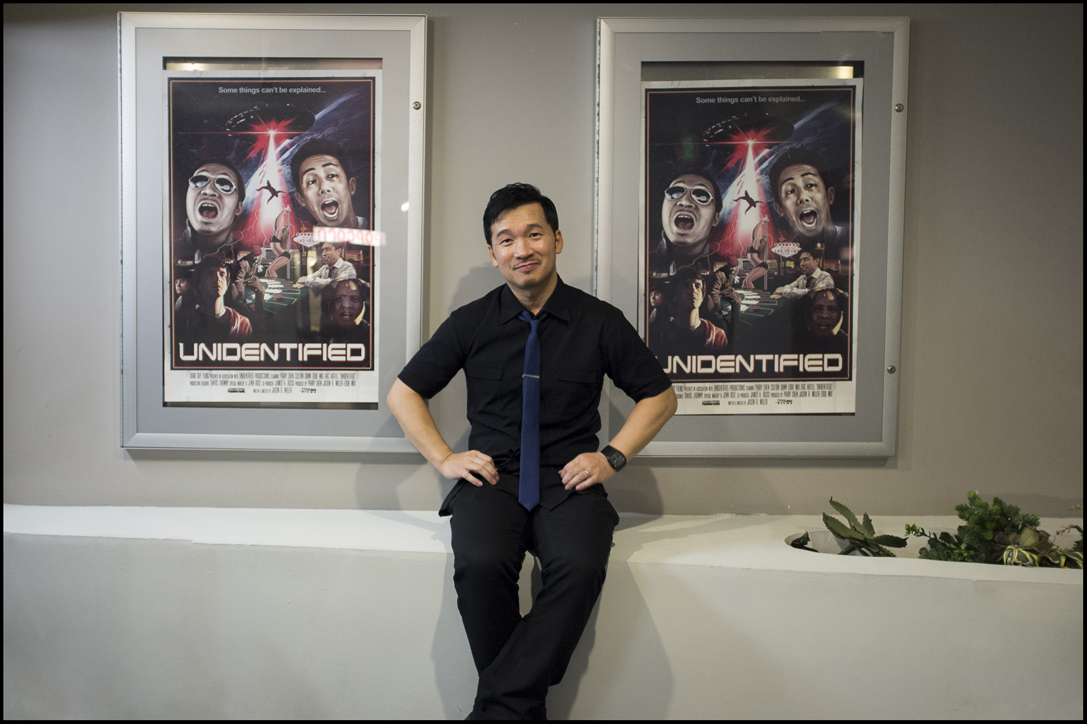 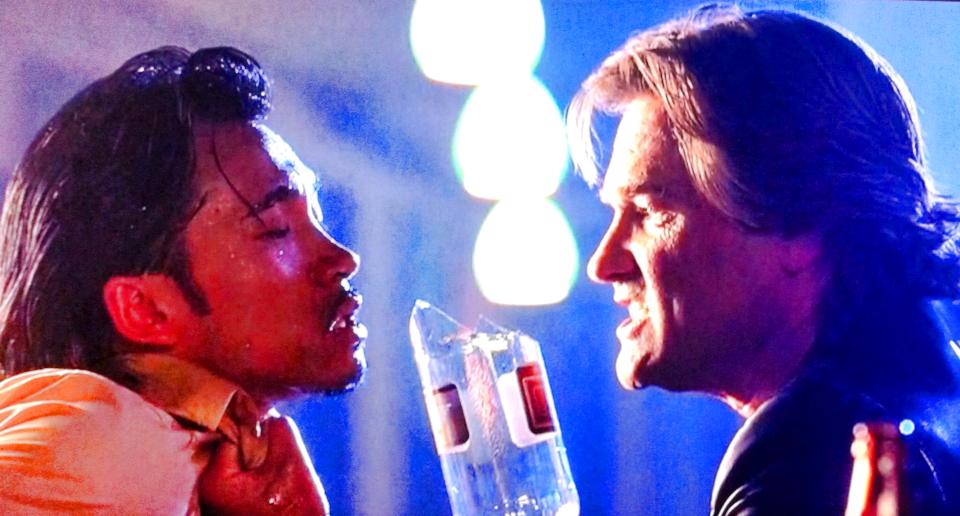 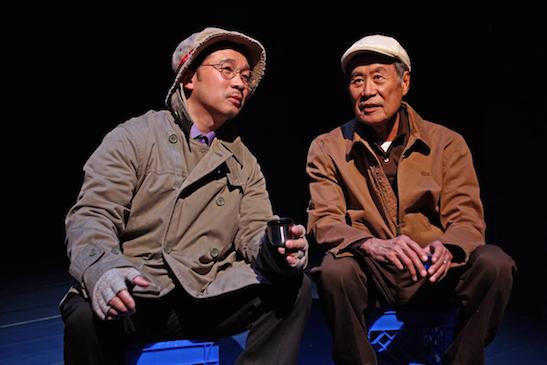 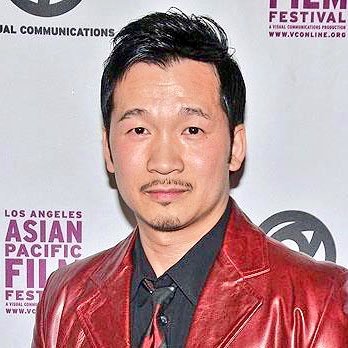 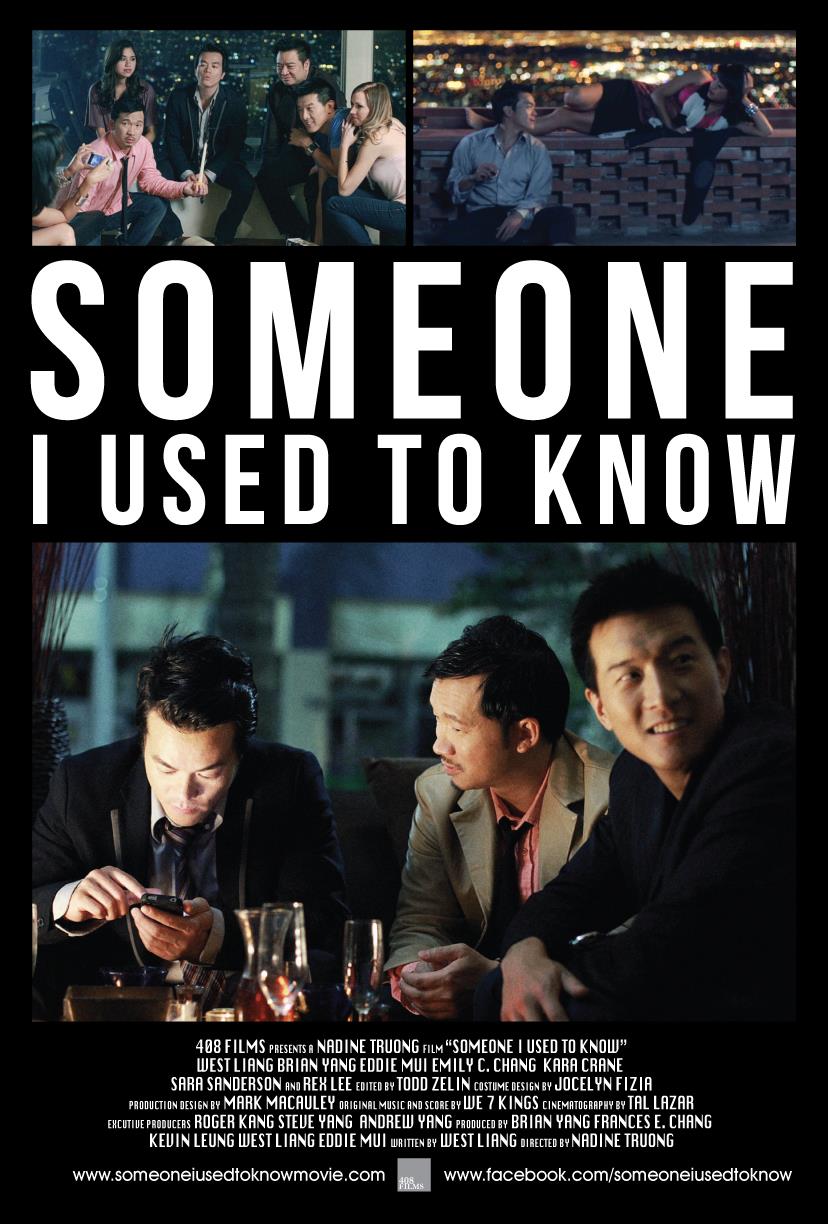 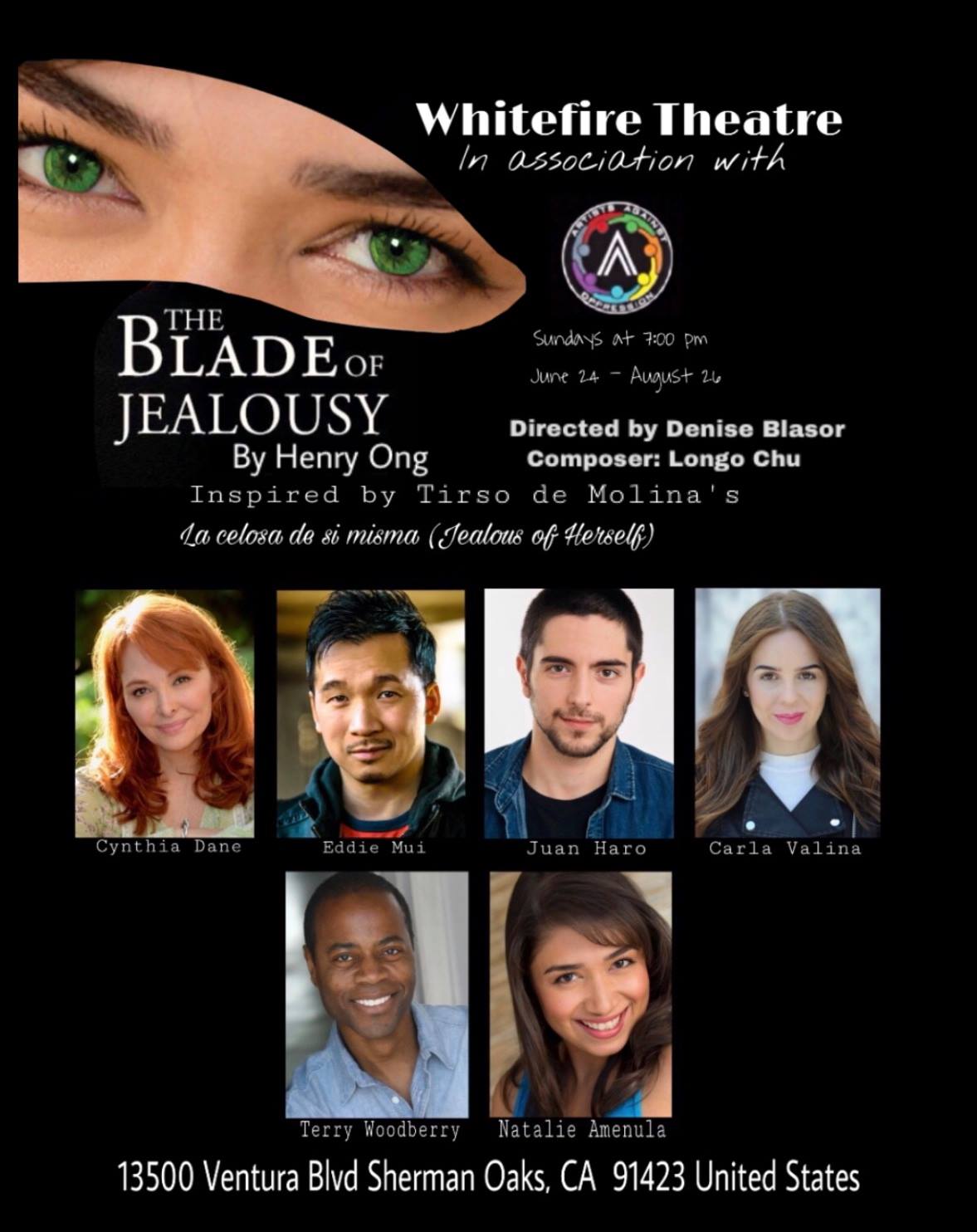 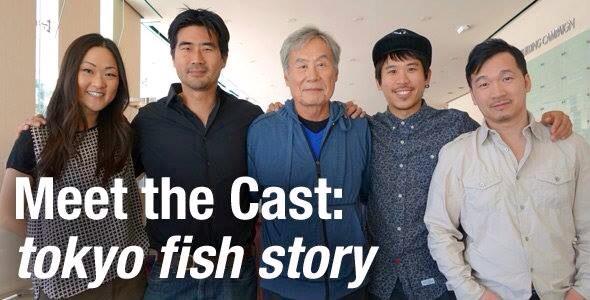 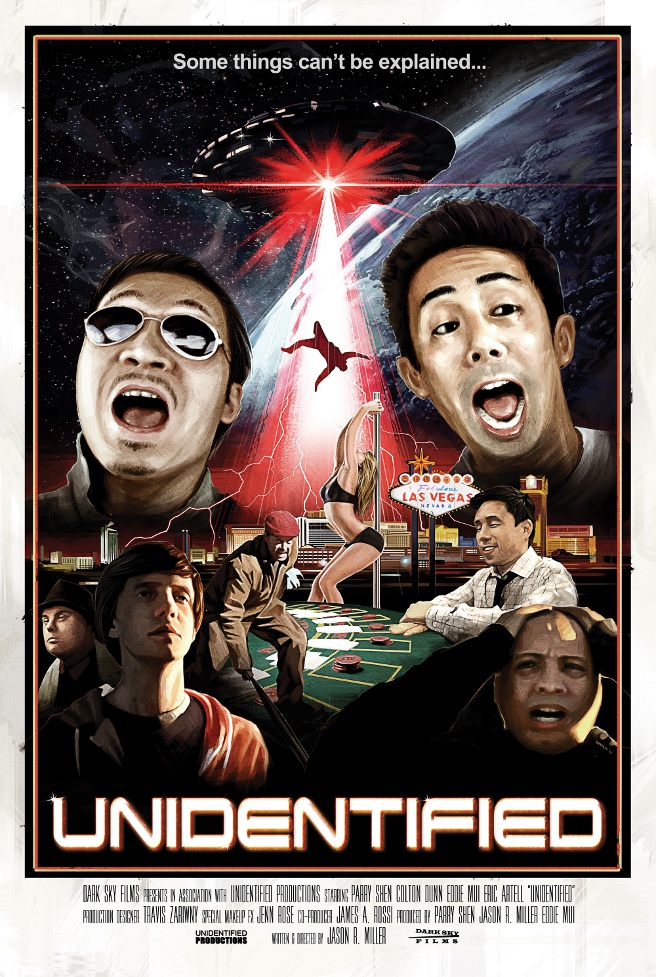