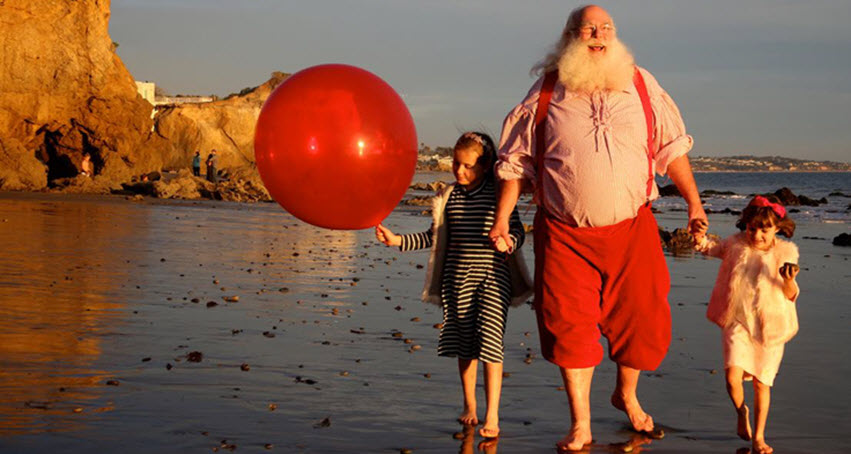 Today we’d like to introduce you to Ed Taylor.

Ed, can you briefly walk us through your story – how you started and how you got to where you are today.
This story begins in 2011 with Microsoft, the actress and model, Brooke Burke and me in a Santa Claus suit. Brooke and I were featured in a Christmas promotion for Microsoft. My Santa Claus portrayal apparently hit the mark and what I call, “My Great Santa Adventure” began. I fell down the rabbit hole… and found myself in an entirely new world… Hollywood!

My adventure has been wonderful, incredible and full of the unfamiliar and unknown.

I’m now on TV shows and commercials and I’m even in a couple of movies. I make appearances at all of the major studios and many celebrity parties. I’ve become this incredibly sought-after Santa Claus here in Hollywood. I even lost my name. Ed Taylor became “Santa Ed” and now that moniker is morphing into simply “That Santa Guy”. Google it.

Along the way, I started The-Santa-Claus-Conservatory.com, an online Santa school. Through the Conservatory, I help more than 1900 Santa & Mrs. Claus portrayal artists become extraordinary at what they do. I help them ‘up their game and their income’ while having even more fun ‘being’ the loveable characters they portray.

Because so many Santas and Mrs. Claus’ told me how the Conservatory helped them increase their income… and how this “extra” income has lessened their stress and financial worries, I started the Encore-Entrepreneur-Academy.com. Through the Academy people in their 50’, 60’s & 70’s can access a bunch of free resources and get incredibly affordable coaching to help them become ‘Encore Entrepreneurs’ and build a retirement business that fits their lifestyle.

“ReInvent Your Retirement” is a brand new book I just released as part of the Encore-Entrepreneur-Academy.com launch. It’s a marketing guide that helps Encore Entrepreneurs quickly attract customers with a low marketing budget. Marketing is the weak link for most business owners so that’s where we start. Google: “ReInvent Your Retirement book by Ed Taylor” to order one.

Oh, and yes, I did have a life before all of this. I grew up in the South Bay in the ‘60’s and early ‘70’s. I’ve been self-employed for over 30 years now. I love doing everything I do. I’m always an optimist and often a contrarian. I’m accepting of most anything that doesn’t infringe on other people. I don’t easily get upset. My beard is real, so is my belly (which I’m working on reducing).

We’re always bombarded by how great it is to pursue your passion, etc. – but we’ve spoken with enough people to know that it’s not always easy. Overall, would you say things have been easy for you?
I’m not great at remembering struggles. I’m a ‘one day at a time’ type of guy who faces the challenges of the moment and moves on… pretty much living in the present.

I do spend a lot of time away from my wife and that’s not ideal. Home is in Southern Oregon but I spend at least a couple months each year performing in Southern California. My wife Lori is usually in LA with me for 2 or 3 weeks but that leaves us with many weeks apart… but we wouldn’t do it if I didn’t each also loves our artistic endeavors.

Lori is an amazing artist, illustrator and graphic artist, check out her work at LTaylorArt.com… and I, of course, love performing and doing all I do as Santa Claus.

My performing as Santa was an instant success. The first time I appeared in Los Angeles as Santa Claus was at the photoshoot with Brooke Burke that I mentioned earlier. Within months, I was represented by Hugh Leon at Coast to Coast Talent, one of the top commercial agents in LA. Auditions and bookings for local and national TV commercials followed.

This was all new to me but I discovered I love doing on-camera work and I’m good at it. So, while Hugh was booking me into auditions for commercials I started hustling up my own appearances on TV shows and in movies. I proved to be good at improv, authentic as Santa Claus, flexible on set and 100% reliable. My phone started ringing and in 2017, I signed with Green & Green for theatrical representation. I’m absolutely thrilled with how I’ve been embraced by entertainment industry.

The Santa Claus Conservatory too was an instant success. Hundreds of Santa performers from across the country attended my very first webinars and membership has steadily grown each year since.

The Encore-Entrepreneur-Academy.com is off to a terrific start. Check back with me next year and I’m sure I’ll be able to share some of our member success stories with you.

What’s your favorite memory from childhood?
Ham hocks and beans. On the first rainy day of the school year, my mom would make ham hocks and beans. I loved it. I remember the anticipation on the walk home from school and that warm earthy aroma when I walked in the front door on those rainy days. My mom would be there stirring the pot and smiling.

I had a wonderful childhood all-around. I rode my bike to the beach all summer long. I would surf and snorkel the South Bay beaches with my friends. I can’t imagine a better childhood.

For several years, I had a paper route so I had money to buy a surfboard, skateboard as well as diving & fishing gear… it was great.

In my late teens, I hitch-hiked around the US and Canada. Looking back, I think it was a kind of ‘coming-of-age’ thing. During my travels, I stayed in a couple of places for a few weeks and even a couple of months in Astoria, Oregon. I proved to myself that I was self-sufficient. I became confident in my ability to take care of myself. I developed a certain self-assurance when I discovered I could hitch-hike into a strange town where I didn’t know a person, get a cheap room, land a job and survive.

I settled for a couple of years in Newport, Oregon where I worked as a commercial fisherman and longshoreman. I put in incredibly long hours doing strenuous and sometimes dangerous work and I loved it. I developed a strong work ethic and the ability to focus on an outcome, like getting to a safe harbor when you’re getting pounded by rough seas and high winds. My character was formed and those traits are with me to this day.

So, as you know, we’re impressed with Santa Ed Taylor – tell our readers more, for example, what you’re most proud of as a company and what sets you apart from others.
As Santa Claus, my 2013 appearance with Rob Dyrdek on his MTV show ‘Ridiculousness’ put me on the map nationally as a Santa performer. Appearing with Will Ferrell and Mark Wahlberg in a trailer for Daddy’s Home 2 also helped. Booking national commercials for Kohl’s, Band-Aid, Reddi Wip, Overstock and Chrysler and an award-winning regional commercial for Meijer’s cemented it, I was a bonafide Santa actor.

In the Chrysler commercial, I was a sales manager who looked an awful lot like Santa Claus. I get recognized for that one. I love it when someone asks, “Were you the Santa in that car commercial, the one wearing A tie?”

When I was asked to appear on the Jimmy Kimmel show I was blown away, that was huge for me… as was appearing at a Red Carpet movie premiere at Paramount Studios for the debut of “Santa Stole Our Dog”, all of this is just amazing to me, I also appeared at Cast & Crew parties for Jimmy Kimmel and Ellen twice plus Mom, the James Corden show & Silicon Valley and others. Appearing on The Doctors, the Steve Harvey Show, Nickelodeon… again, I never saw this coming and it’s all just been an amazing, unexpected, adventure for me.

Oh, and don’t even get me started on the parties; celebrity parties, I mean really killer celebrity parties, company parties for Facebook, Pinterest, JibJab, Nickelodeon, Mattel Toys, the Lakers, the Rams and the list just goes on and on… you can imagine the fun I’m having. In fact, at one celebrity party the host wanted Mrs. Claus and I to relax in the hot tub (properly attired, of course), we had a great time and the guests had so much fun! Now you can see why I spend so much time in So Cal.

All that said, right now it’s the Encore-Entrepreneur-Academy.com that has me really fired-up. The Academy will help millions of baby-boomers create successful “retirement businesses”. With so many people at or near retirement age being short on retirement funds, creating a successful retirement business can have a profoundly positive impact on their life. In addition to the economic benefits, there’s also the psychological benefits of staying connected and experiencing the sense of personal fulfillment that comes from being a contributing member of society.

Seriously, the FREE information available at the Academy will help people build their retirement businesses and the coaching programs are a bargain for those who want more individual guidance.

So, what’s next? Any big plans?
I would love to land the role of Santa in a heart-warming Christmas movie… what wonderful legacy that would be. So, I’m continually doing all I can on that front.

I’m also planning a national media awareness campaign around Encore Entrepreneurship. I want to do all I can to make those 50+ aware of the idea of creating a small business to enhance their years and all of the resources out there to help them.

My first grandchild was born this year, Bexley Rose and I’m looking forward to spending time with her. I love being a grandpa. 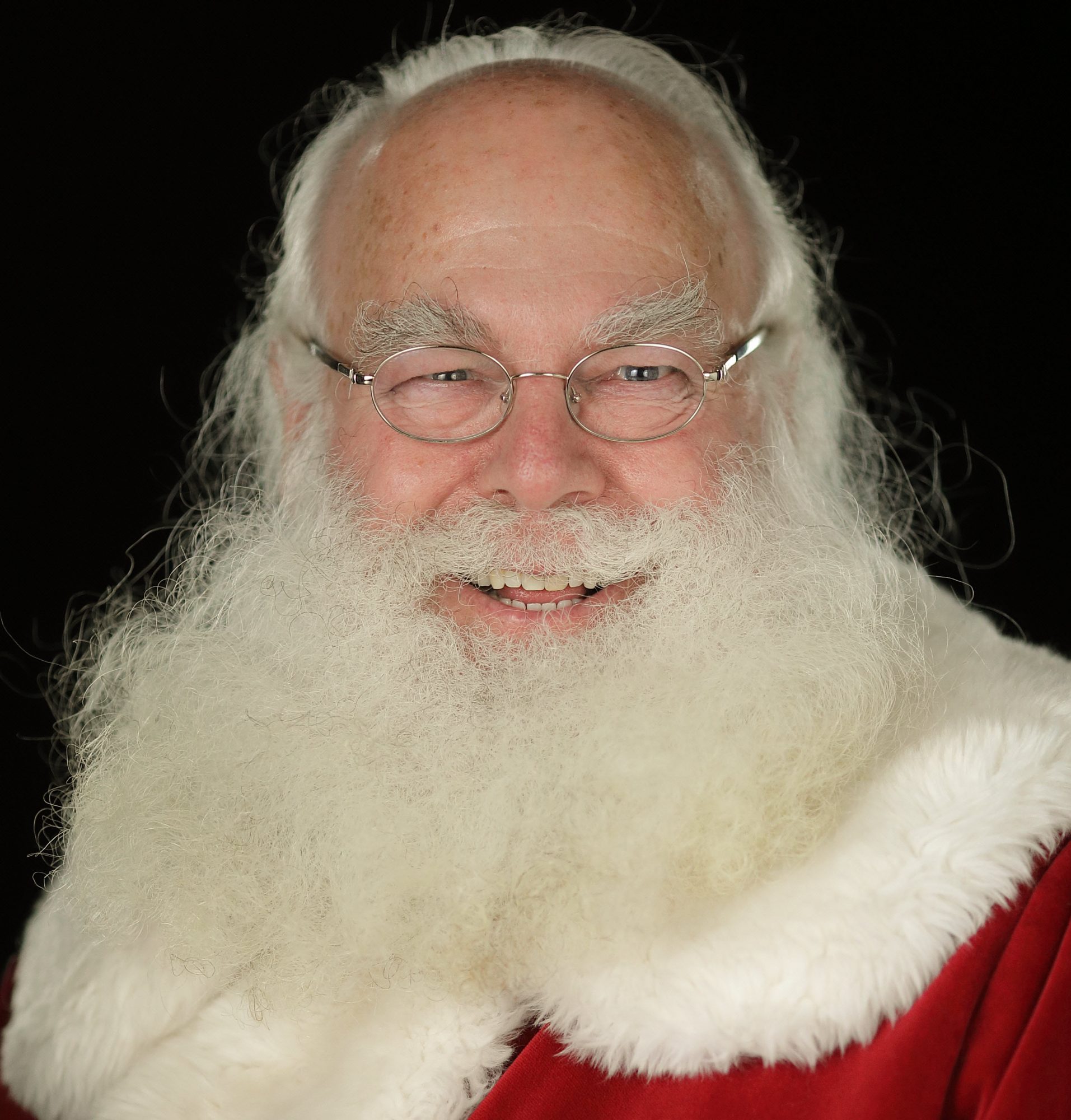 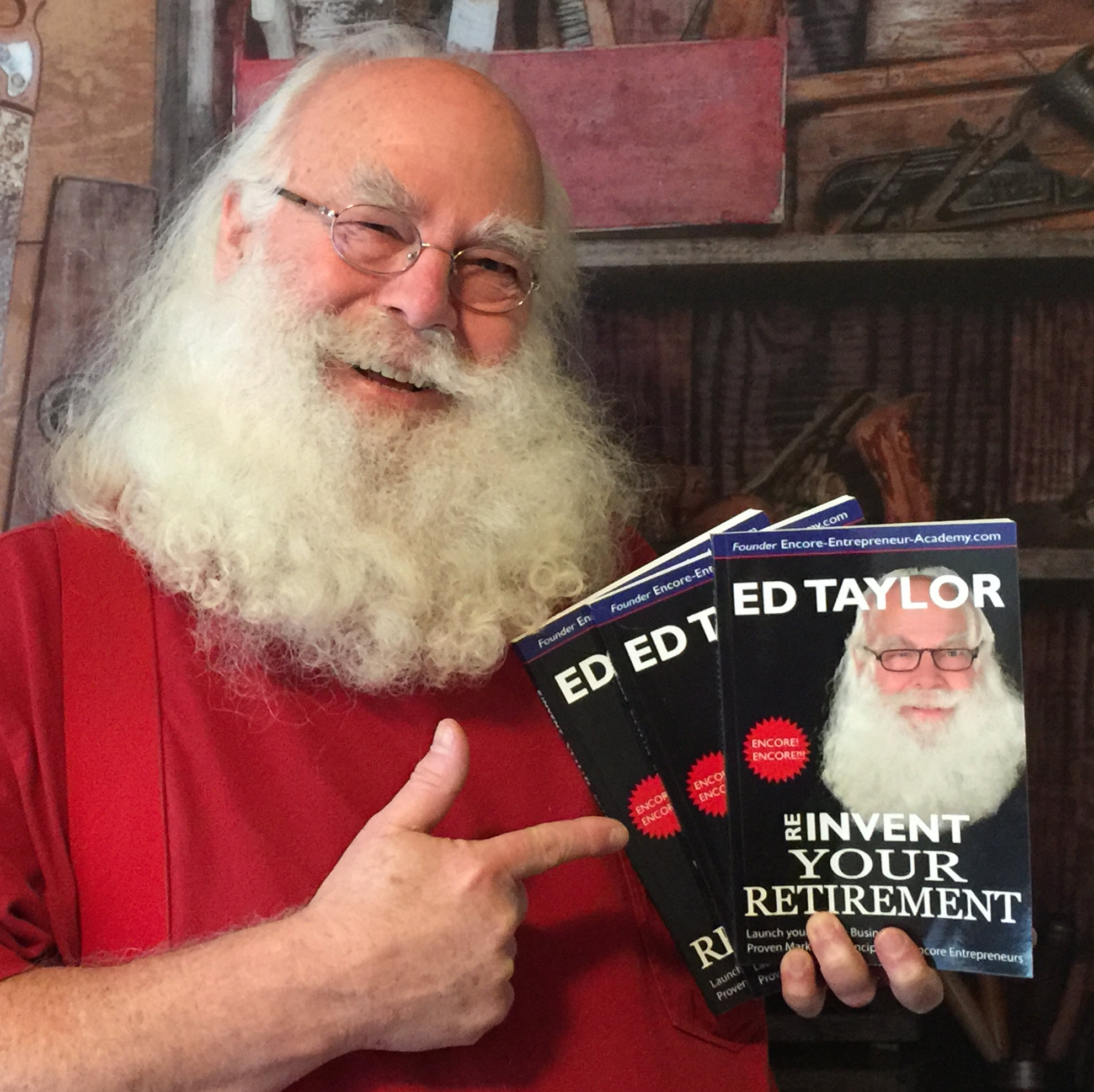 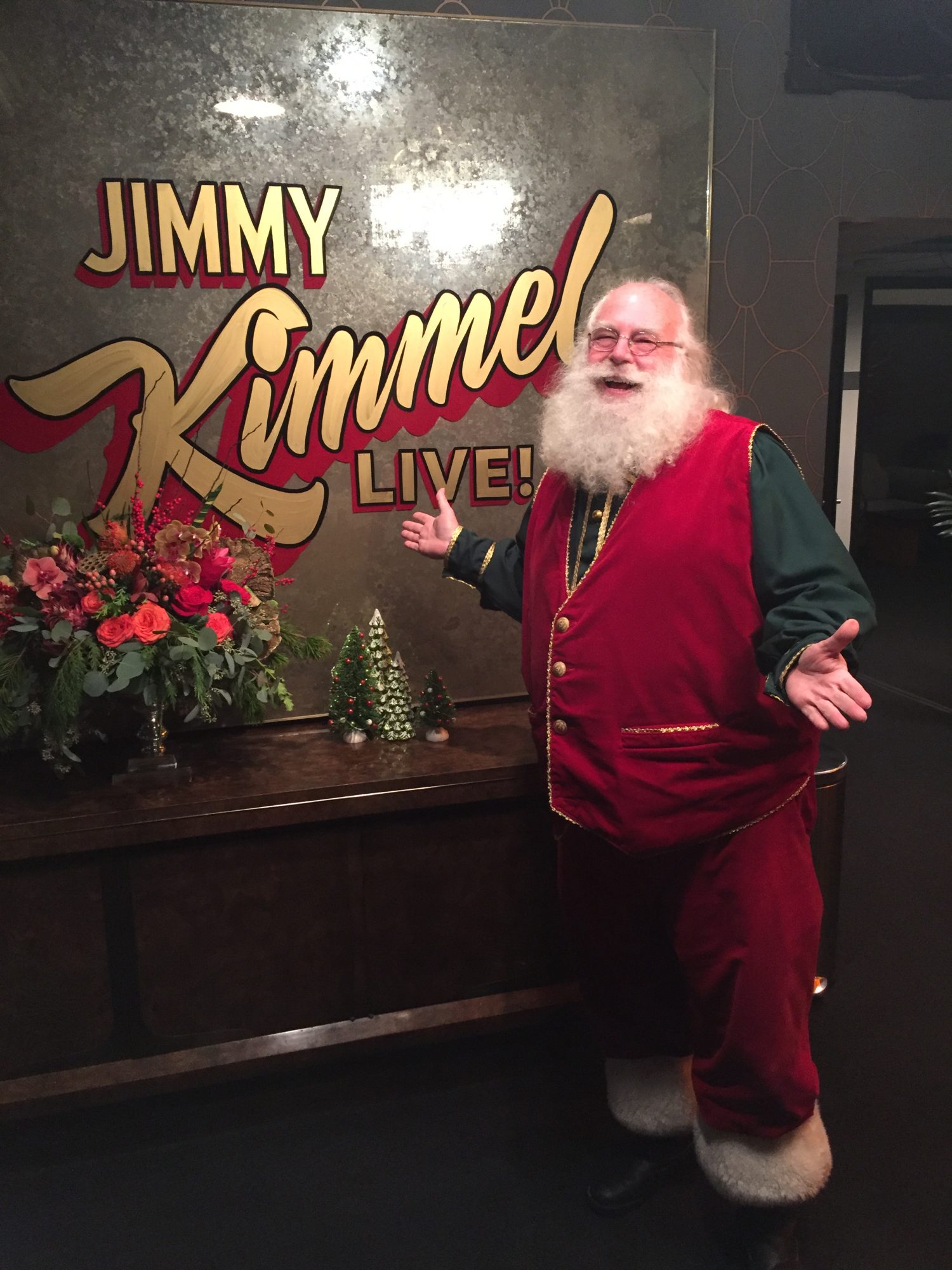 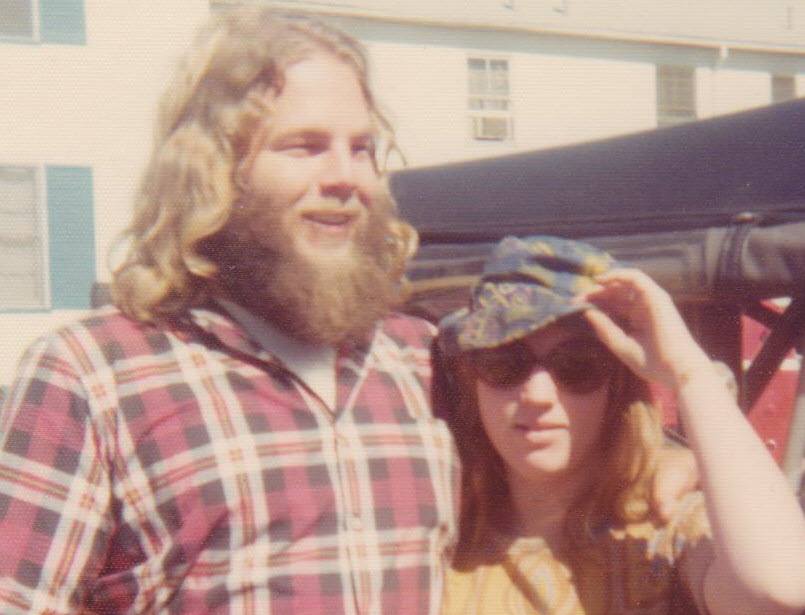 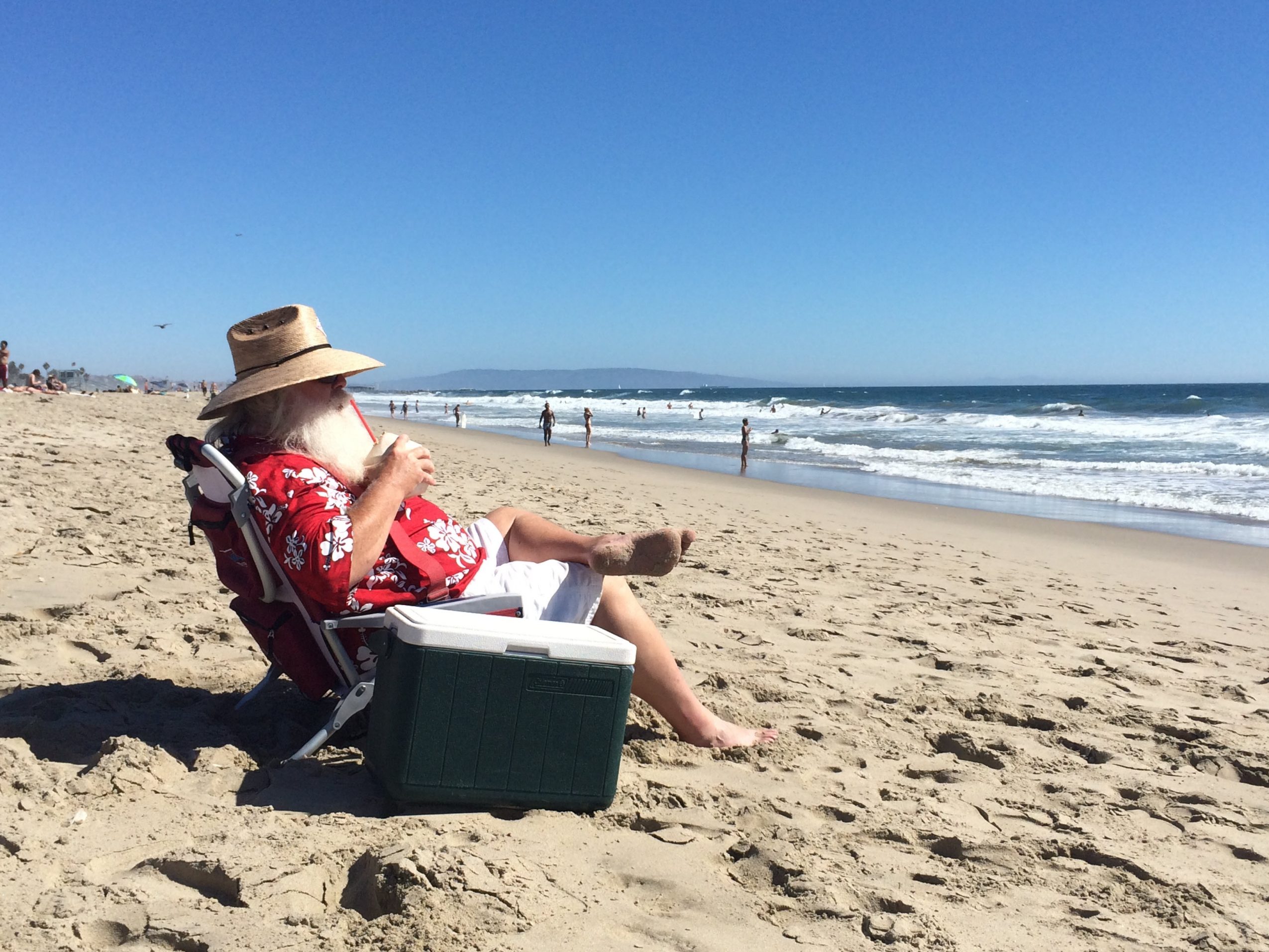 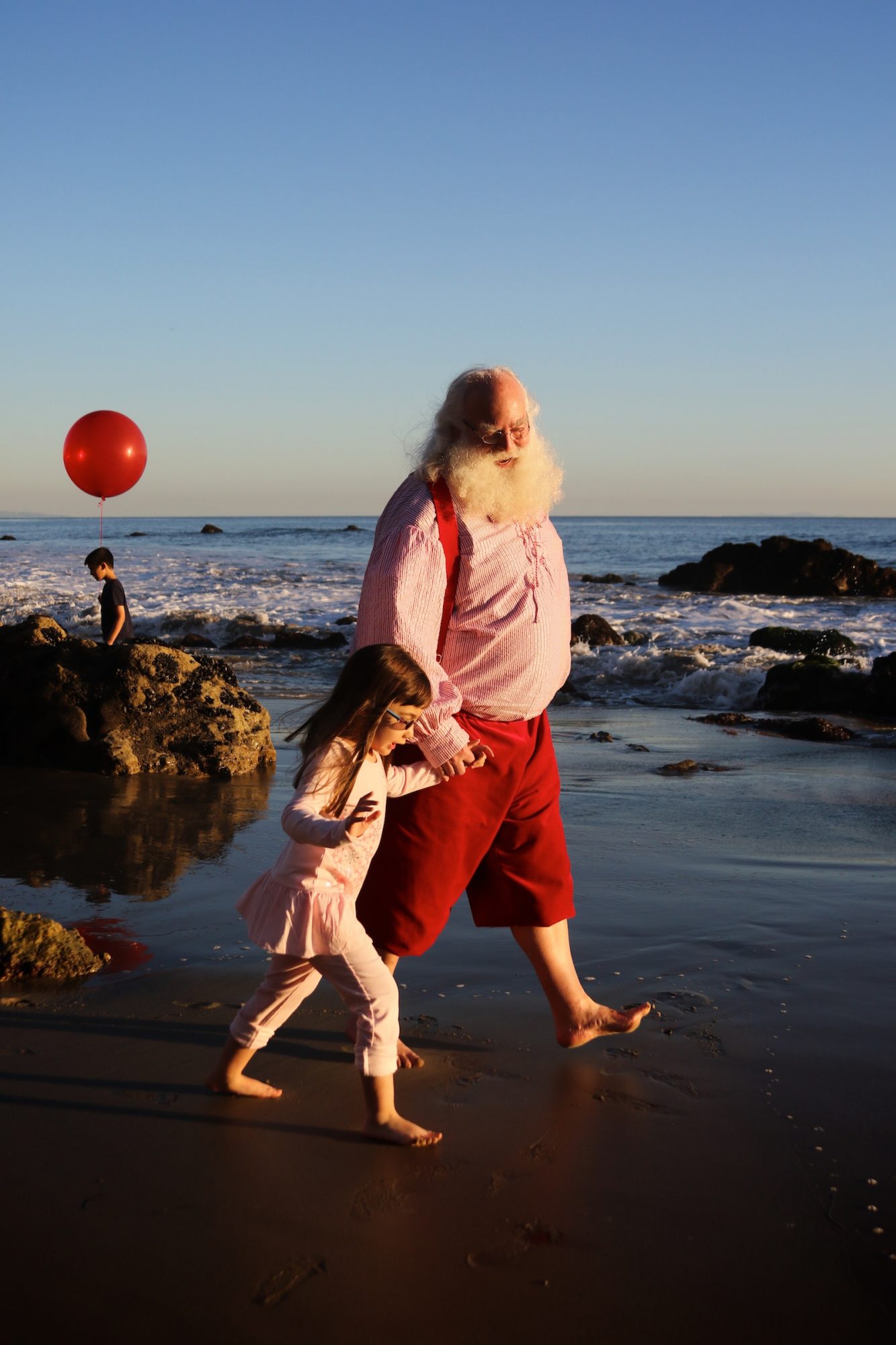