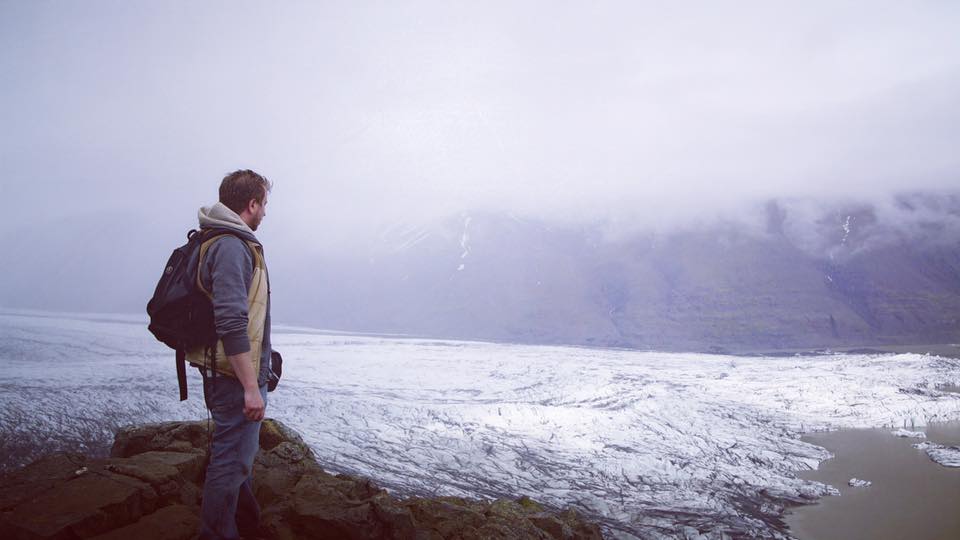 Today we’d like to introduce you to Sam Rosenthal.

Sam, please share your story with us. How did you get to where you are today?
I did a lot of theater and acting back in Ohio where I grew up, however, I was always taking pictures and making stupid videos with my friends in my spare time. One of those stupid videos was my first short film, Professional Extras, a mockumentary about the lonely pathetic world of professional extras. I directed, wrote, shot, produced, edited and even acted in the film alongside a group of friends who were equally as clueless at how to make a film as I was. Somehow, people enjoyed it. Granted most of the praise we received was from our friends and family who patronized us like it was a kindergarten drawing being displayed on the family fridge. Even though the movie is over 15 years old and I have shot a good number of projects for networks and way higher end clients than the arts department at Wyoming High school; Professional Extras is still my mom’s favorite.

In 2002, I attended Boston University for Film and Television and specialized in Cinematography. It was in college that I began to really hone in on my craft as a cinematographer and photographer. No longer was I allowed to just point the camera at something and call it art; I actually had to think about my shots and challenge myself to be creative. I loved every second of it.

After graduating college, my friends and professors convinced me that Los Angeles was the place to be for film and television. So I gathered up all my resources and drove cross country from Boston to Los Angeles. Flash forward 10 years and a lot of self-doubt, late nights, dead ends, desperation, love, hate, job after job after job after…months of no work, lonely Christmas’, craigslist jobs, almost-porn shoots, No pay jobs, favor nations, and opportunities of a lifetime; I’m still in love with this city and what I do.

Has it been a smooth road?
I did not have a smooth start when I moved out to LA. Networking has always been a huge obstacle for me but obviously necessary for my field. I am better now, but when I first moved out to LA, I still had a bit of a rebellious streak and the thought of networking with a bunch of “Hollywood types” made me throw up a little in my mouth. The struggle for me was coming out of my comfort zone and really going after the cheese. I still have trouble networking, but I weather the storm because it’s opened up so many opportunities for me that has allowed me to grow as a cinematographer.

Has there been people or an institution that has played a pivotal role in your career?
I was lucky enough to study at the Global Cinematography Institute under Vilmos Zsigmond right before he passed away. Vilmos, along with all the other instructors at the school, really put me through the ringer at that school but I came out of the school with a new wealth of knowledge and the confidence I needed to become the filmmaker I am today.

What kind of work do you look forward to most?
I love working with clients that have the passion and really want to delve deep into a project. Pre-production is one of my favorite processes in filmmaking and nothing makes me happier than when a director comes prepared and is ready to collaborate and dedicate the time and effort into making a project as good as it can be. I think a lot of directors are afraid to open up to their key crew members and communicate with them which makes it difficult to know what the director’s or client’s vision is. I’m a DP, not a mind reader!

What do you know now that you wish you knew when you were just starting out?
If I had to start over again, I would definitely take advantage of the networking opportunities I missed because I wanted to go out and party. I’m not a big sports fan, but there is a quote by Wayne Gretzky that has always resonated with me and applies to almost anyone’s life: “You’ll always miss 100% of the shots you don’t take”. I missed a bunch of shots, literally and figuratively.