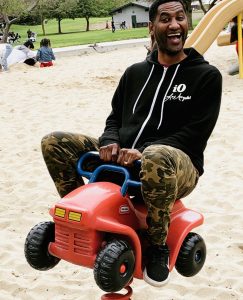 Today we’d like to introduce you to Dwayne Colbert.

Thanks for sharing your story with us Dwayne. So, let’s start at the beginning and we can move on from there.
I love cartoons. Back when Saturday mornings were the best time to consume them, is when I fell in love. From black & white silent Popeye cartoons to the robot-combining visual explosions of Robotech and Voltron, it was all great to me. I would even draw them for friends and family.

Although I entered my freshman year of college as a mathematics major, my cartoon obsession remained and was on full display when I saw The Lion King. That movie changed me from a fan of the medium who kind of drew a little, to a man on a mission to get the necessary training to become an animator and make something amazing like The Lion King some day.

If your life feels like a movie like mine often does then cut to years later after giving myself that mission where I’m now working as the Story Department Production Assistant at Walt Disney Feature Animation where two of the producers were also producers on The Lion King! I was great at working in animation production too. In short order, I went from an unpaid intern at a small animation house in Glendale, CA, to the mouse house and I couldn’t be happier until I wanted to be happier. Turns out, the production path that I had put myself on was just that: a path toward producing and not creating the actual art that I wanted to do with my hands. I had been taking classes all the while at the Animation Guild and the story artists at Disney would all check out my progress and gave me so much awesome advice that it was better than any film school. They ultimately recommended that if I wanted to truly be taken seriously as an artist that I should quit my production position and get my art out there. Scary! But fear had
never stopped me from pursuing the unknown before, so I quit.

Cut to (this is fun!) years later and I’m working at Nickelodeon. But get this, as a writer! Quitting Disney did lead to me actually acquiring some freelance work as a storyboard artist for awhile, but it was short-lived. My passion for the art of animation, and the drawing skills I picked up from the guild and from free classes given by Disney to animation employees along the way, just weren’t enough for me to be able to sustain a career. I wasn’t good enough, and worse than that, I didn’t think that I would ever get any better. Faced with abandoning something as a career path that had meant everything to me for so long was existential. Who was I if I couldn’t make a career as a visual artist? I didn’t have a clue. Nor did I have a plan, which is how I found myself working at Nickelodeon as a Production Assistant on an animated show. PA is the lowest job on an animation production crew but I didn’t care because I just wanted to be around animation in whatever capacity. I’m an idiot like that. Anyway, a friend and former co-storyboard artist saw me making copies when he thought I should be drawing and told me to not throw away all of the skills I had acquired learning how to be a storyboard artist and apply to this new writing fellowship that Nickelodeon was relaunching at the time.

Cut to (don’t worry this is cutting to the chase in the film of my life) now. Having applied, been accepted and completed Nickelodeon’s Writing Program, I wrote freelance episodes of a couple of Nick shows after the writing fellowship ended as well, then one day I decided to take an improv class to help my writing. That one class led to me becoming an improviser, which led me to being hired by The Second City and touring parts of the world I might not every otherwise see performing improv and sketch comedy, which led to me becoming an actor for real. This led to me wanting to write and direct sketch comedy, which led to me writing and directing the sketch comedy musical that’s changed my life, “Afros & Ass Whoopins.” To date, Afros has been the singular piece of art that I’ve created that’s affected people the most. The one-act version of the show closed at Second City in December ‘16 and I still get stopped by people asking where they can send people to go see it and sharing how much the show meant to them.

As an actor, I mostly do commercial work, but I’ve also appeared on shows like Tosh.0, The Mindy Project, Silicon Valley, Baskets, Brooklyn Nine-Nine and Superstore among others. My writing continues as well with Shade: A Colorful Musical Comedy currently running Saturday nights at Second City through August 17th, 2019. What I feel like I’ve truly gained along the way, from loving cartoons and seeing The Lion King to currently writing/producing on an animated show for FunnyOrDie are collaborators. I used to love drawing all by myself, but the art that I’ve created that truly affects people, like how The Lion King affected me, could have only been achieved because I know how to work with other talented artists and bring out their best work as I attempt to bring out my own. I still love cartoons, and always will.

We’d love to hear more about your work.
Dwayne Colbert is a graduate of Second City’s sketch writing, improv, and directing programs. He has been a writer for Nickelodeon, has toured with The Second City aboard Norwegian Cruise Lines, and has recently appeared on VEEP, Baskets, Silicon Valley, Speechless and in numerous national commercials.

What were you like growing up?
I was an introverted child. My mom says that other kids didn’t know if I could speak or not until I would blurt out, “I can talk. I just don’t have anything to say to you.”

Growing up in South Los Angeles ain’t for the faint of heart, as illustrated in a lot of the body of work of my late hero John Singleton. At times I would feel like living in a war zone where the constant threat of violence or death is all around you because people would be here one day and be gone the next. But most of my memories of my childhood in South LA are of laughing a lot with my family, having block parties and playing with my friends. I loved comedy, but no one ever thought I was funny. They’re all laughing now though. 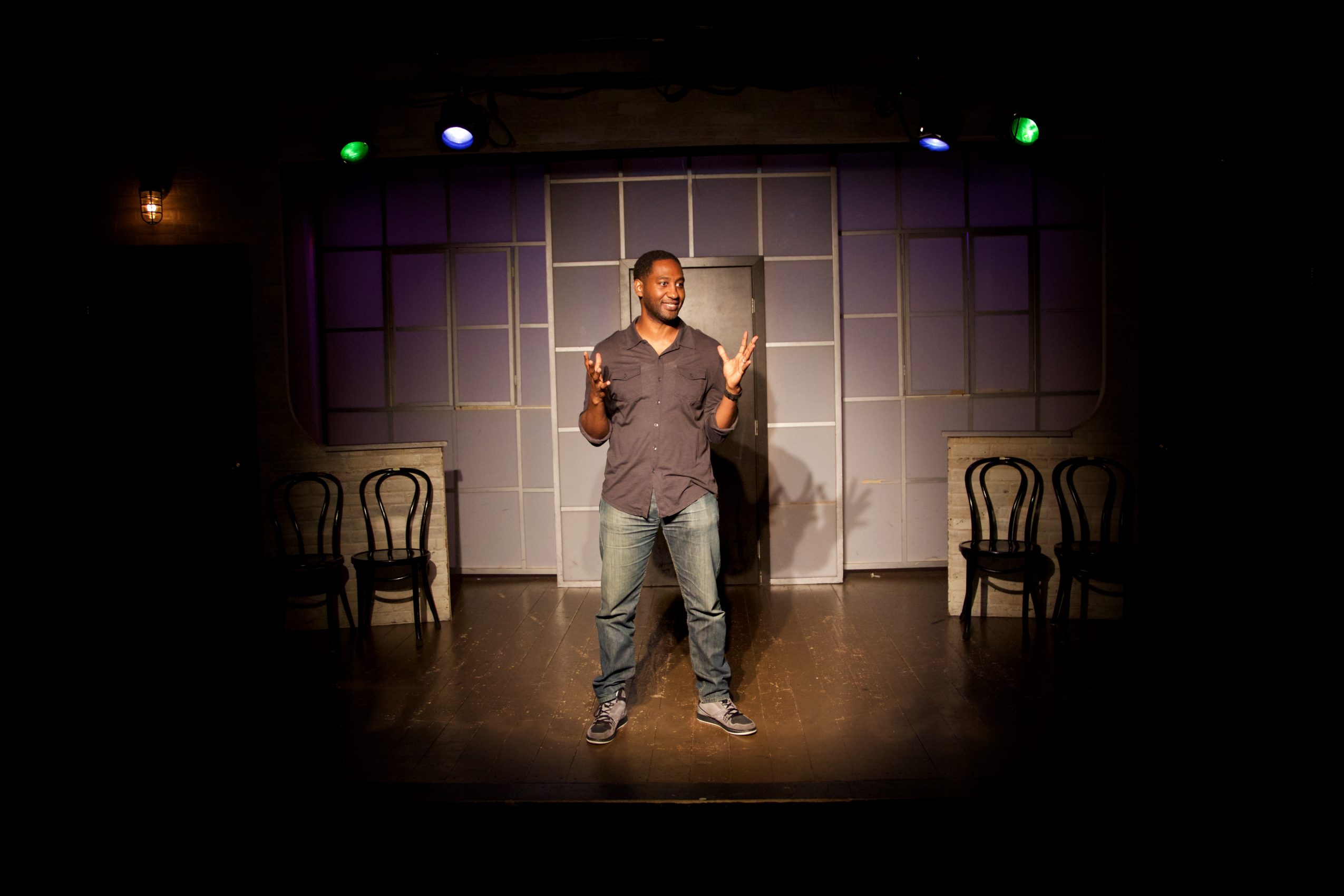 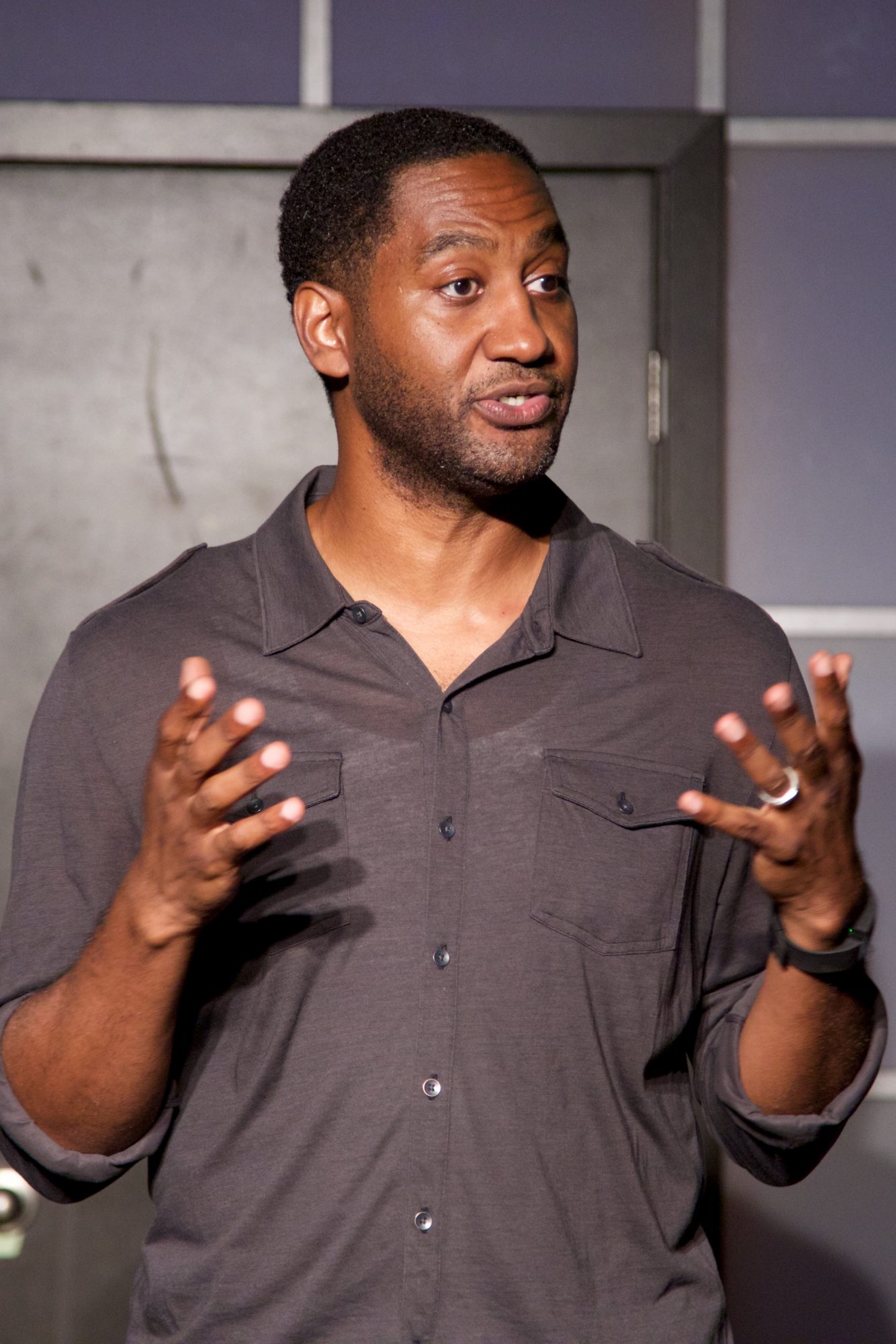 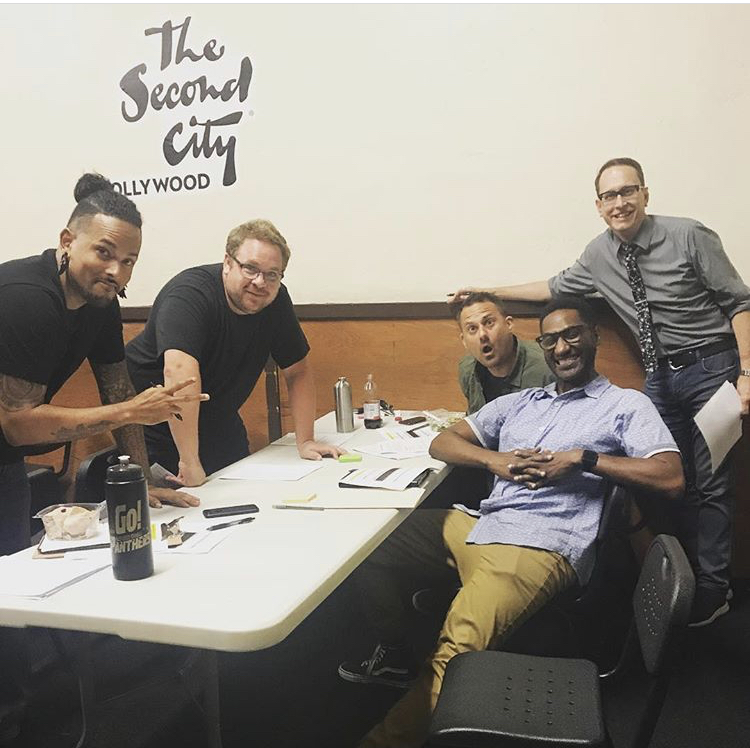 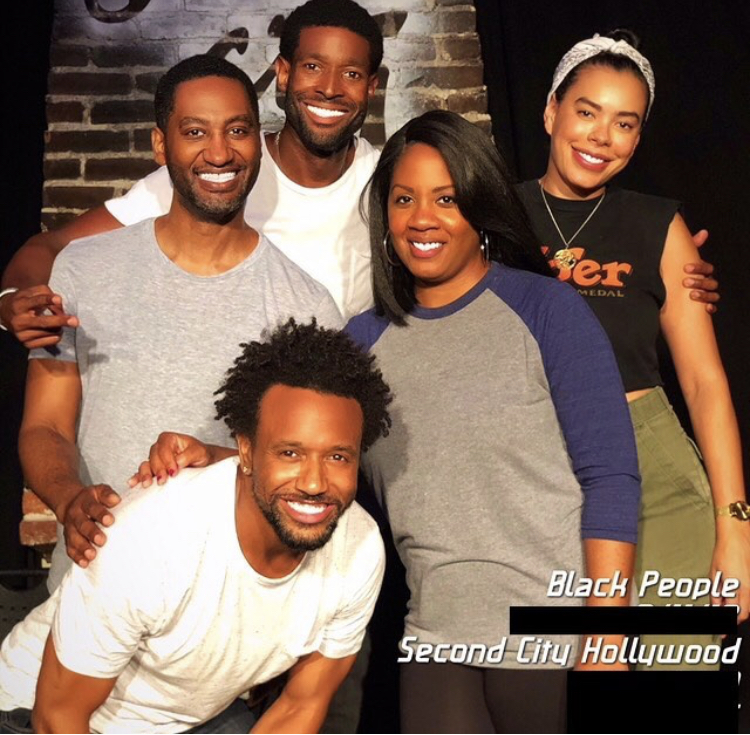 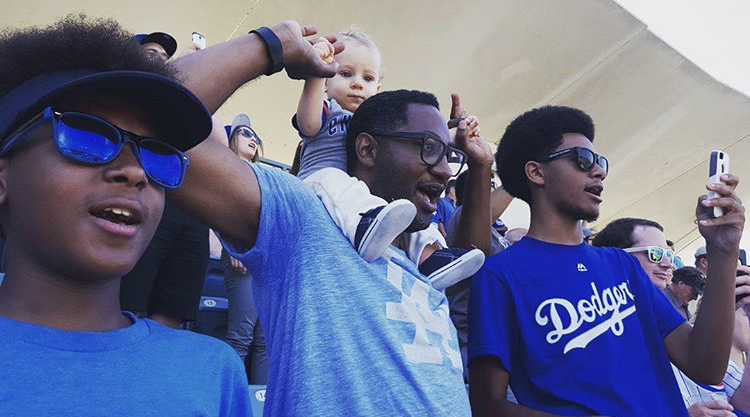 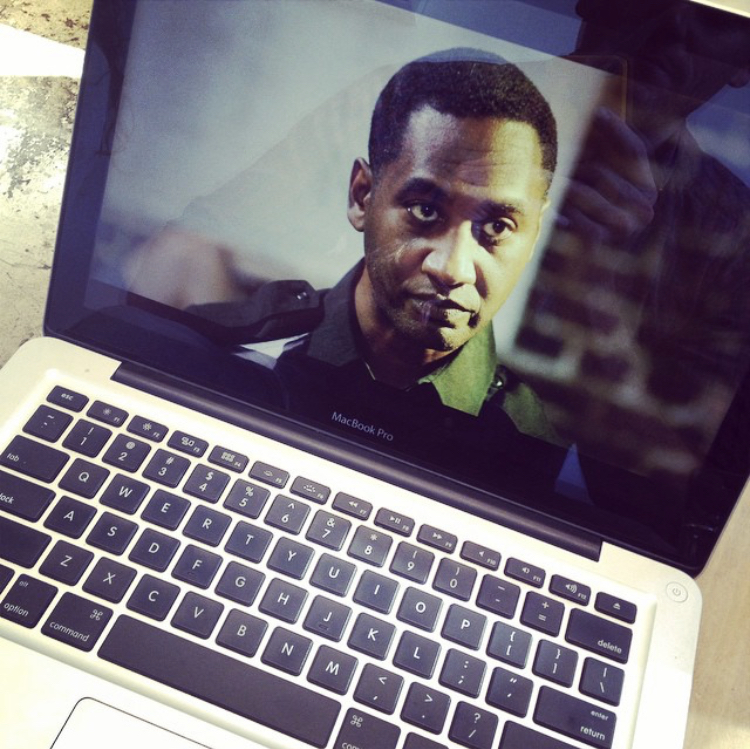 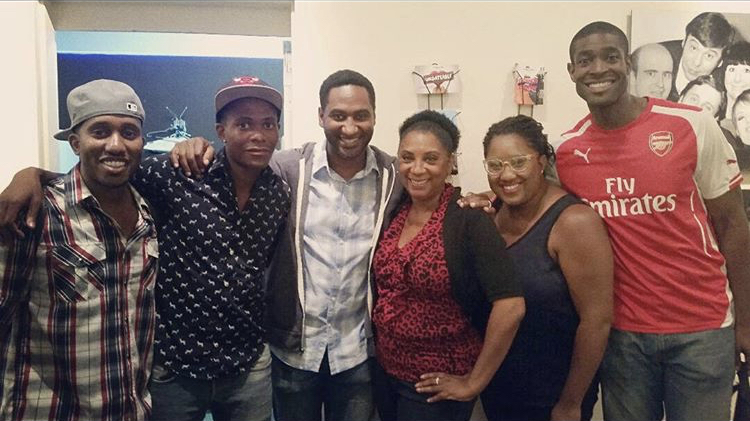 Image Credit:
Any images of me at Second City Hollywood by Second City. All other photos by Dwayne Colbert.