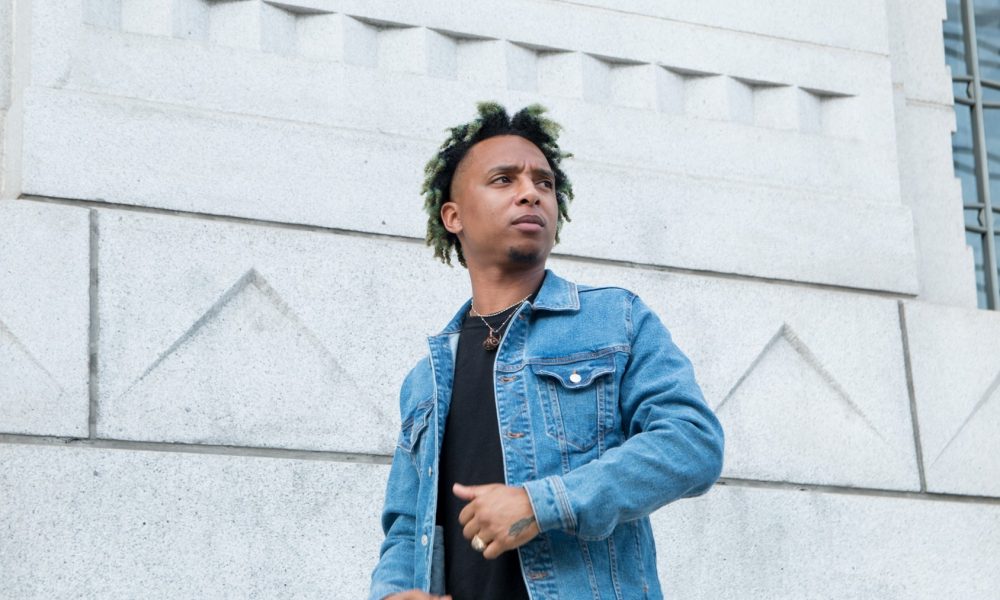 Today we’d like to introduce you to Duece Flame.

Duece, can you briefly walk us through your story – how you started and how you got to where you are today.
I was born in 1993 in Houston, TX and was heavily influenced by music from a young age. My mother was a teenager when she had me, so everyone who watched me growing up were young and deep into the hip-hop scene. I moved to Louisiana after my mother passed away in 2003 and this is when I started getting into rapping. It was rougher than usual in Jennings, Louisiana; I got into a lot of fights, in and out of trouble, and I hated being out there. Through it all, this is where I first started writing and creating music. I have always had a laptop, so I’d have my studio set up in my room and download instrumentals and just rap and freestyle in my room. My first song I remember recording was on windows voice recorder at my cousin’s house who lived across the street. After a year in Louisiana, I moved back to Houston and this is where I started making music with other people.

In middle school, I remember we would freestyle all the time at the lunch table. I had a few classmates that I would make music with and we did the most to get these songs recorded before we actually learned about recording studios or having a decent home studio set up. The first song I made with other artists in a “studio like” fashion was at my friend’s house in his parent’s office. He stayed behind the basketball court we always hooped at, so we figured it was time to actually go make some music and get real about it. “Look A Here” was the name of the song; “Look a look a here, you’re my baby girl, I love you so much, and I want you in my world” was the lyrics of the hook. Funny as hell every time I think about it honestly. We recorded the song with some random beat we found playing out loud and all gathered around a microphone and recorded the song live into a program called Virtual DJ… which is funny because it is DJ software, but hey you do what you gotta do. The song was pretty fire to us, so we kept at it. I found a program called Mixcraft which actually had tracks and allowed me to mix music.

This was around the age of 10/11 and my best friend and I would just sit at home all day and make music. These had to be the shittiest sounding songs ever. I didn’t know the first thing about mixing music, but hell I made it work. We had no microphone, so what we would do was buy a mp3 player from the dollar store by the house and record our verses onto the mp3 player so that we could upload it to the computer. It’s funny because that started from recording ourselves over beats from the speaker onto our mp3s and cell phones. T’was a simpler time. Eventually, we found out about plug-in mics and started recording directly into the software and it was up from there. I was recording music in my spare time away from school and playing basketball. I would release music on Myspace and share it with all my friends. I performed at both my Middle and High school and many places throughout the city.

Once I got to college, I learned how to use pro-tools because my major allowed me to use the studio on campus. I had a group that I made music with and we learned studio etiquette and the in’s and out of what it takes to be in the music industry. I learned a lot during this time about myself as an artist and a leader. I started producing and making beats in 2013 on protocols by playing with samples and arranging them on the tracks. I graduated college in 2016 and around this time, I was having difficulty as an artist because I was in a bad mental space. I had a bunch of negativity around me which was affecting my music production, but I can’t say that it was all bad. I did a lot of producing in this time period and I feel like if it wasn’t for this struggle, I wouldn’t be where I am at now. I got to a point where I needed to move back home to be around family and friends to recharge myself. Back in Houston around 2017, I got back into my groove. I found a confidence that I was being meek with once before and it inspired the sound that I am polishing presently.

In July 2018, I packed up my entire apartment and drove to Los Angeles with a plan to establish myself as an artist and be noticed by the world. I had no definite place to stay or a plan for that, but I made a way and I am still here today grinding. In the year plus here in Los Angeles, I have established myself as an upcoming artist in the local artist community. I am booking myself for shows and throwing my own events. I produce music for myself and other artists in the Los Angeles Area. I am working on merchandise and putting together a team of people who are helping me get to where I want to be as an artist.

Has it been a smooth road?
Being a one man band has had its ups and downs over the years. I feel like I have had to do so much extra with my creativity which has slowed me down in certain situations, but at the same time has helped me build the skills that I have now. On the other hand, It has been tough because I would feel like I am not getting the help that I need as far as getting my product out to people after working so hard to create it, It would bring periods that I would feel like crap and not want to do anything, which is always counter productive as an artist. Money of course and the lack thereof is always an obstacle, but you can get around that with a little creativity.

Can you give our readers some background on your music?
I am an independent artist: I make beats, I mix and master music, I find artists and get them together to make music, I edit music videos for myself and other artists, I am a graphics designer; all of which I am known for in the community. I am proud of my growth over the years not only musically, but mentally which is what sets me apart from other artists. I understand the time and effort that goes into being a professional artist and I am not afraid of the work that comes with the territory. I appreciate all the headaches and the complications that came along the way to where I am now, for it has kept me in the game and keeps me hungry. It’s the marathon outlook on my journey that keeps me going. My passion drives me. I am very confident in myself as an artist and I like to carry myself in that manner.

Is our city a good place to do what you do?
I would recommend Los Angeles for all upcoming artists looking to solidify themselves in the culture. This is where you will meet so many contacts and like-minded individuals that can help you achieve your goals. There is a pride that people in this city have where they want the best for everybody because they believe California is the place where your dreams come true. That is a great energy to have when you are used to being in a place where you are basically shunned for having creative pursuits. I would just say that you can’t be out here playing around or you will be looking for the next ticket back home, or worse. 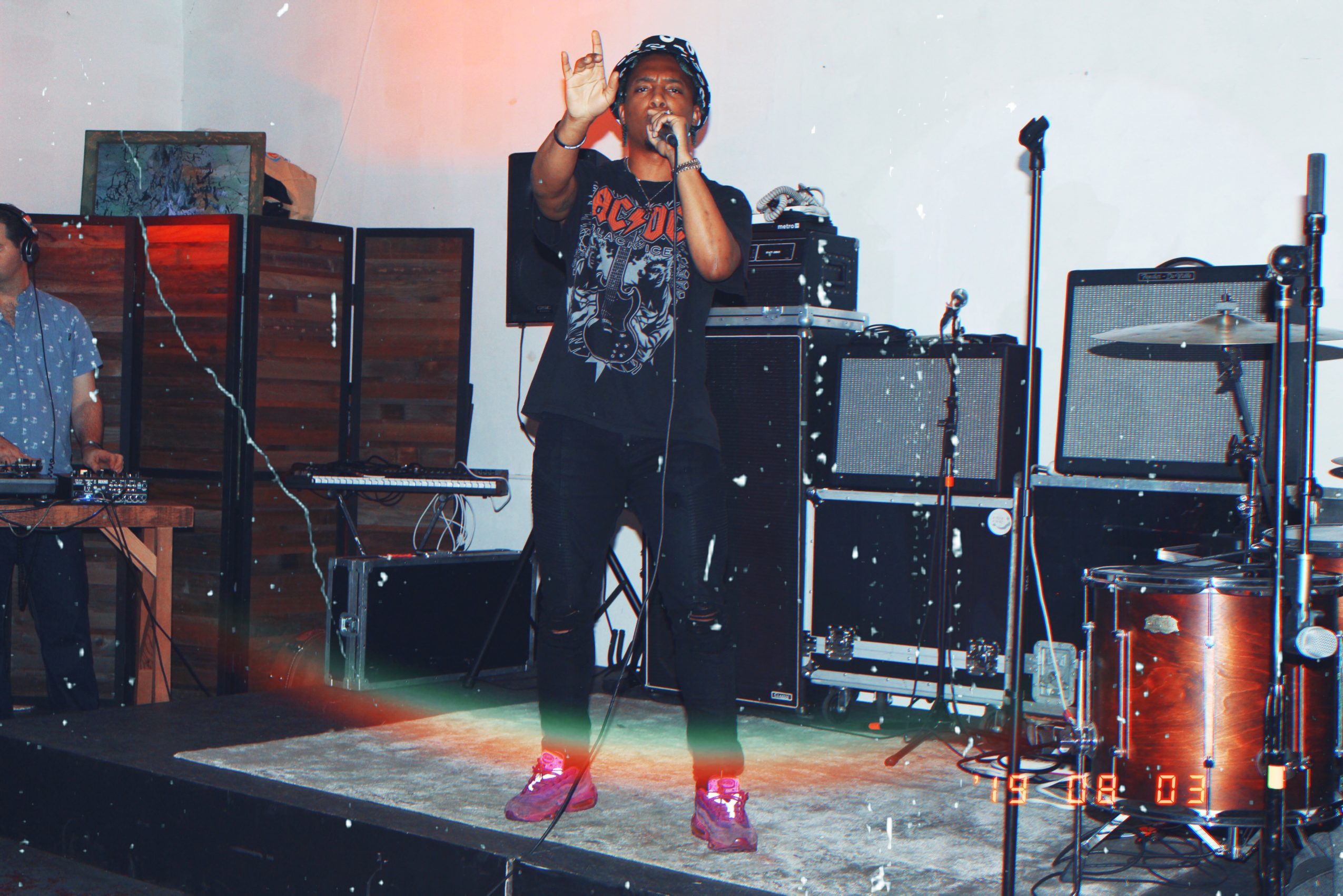 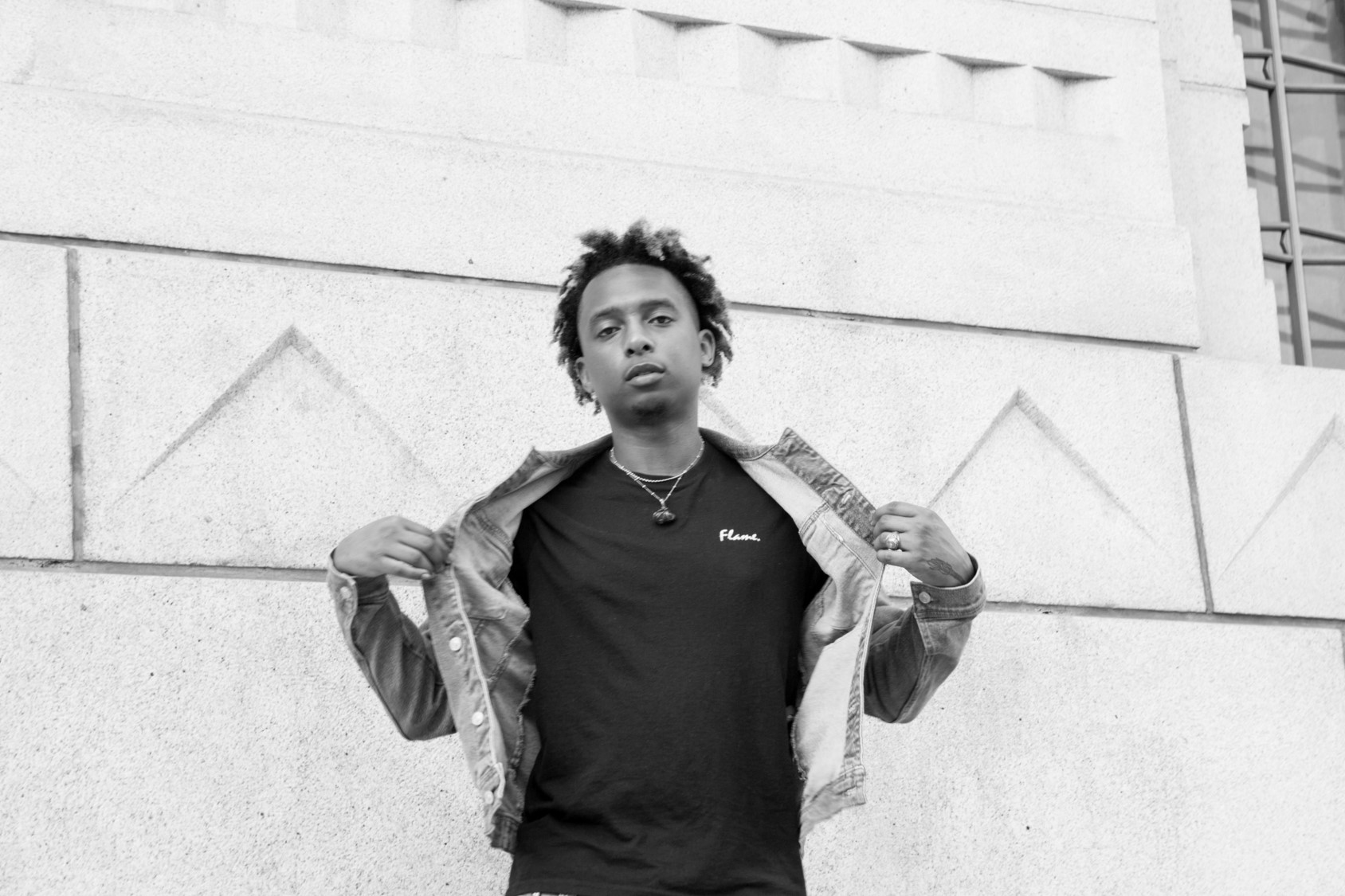 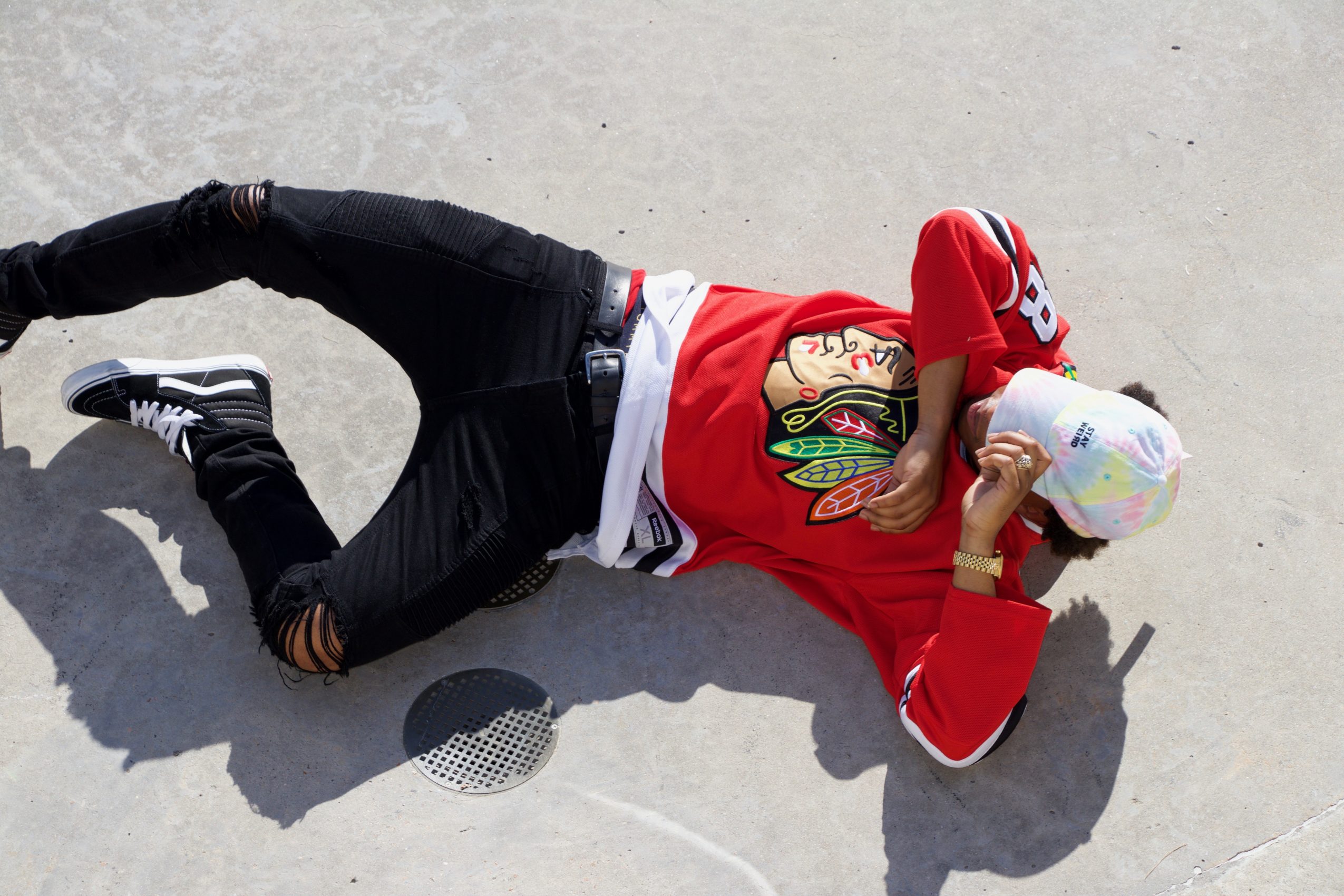 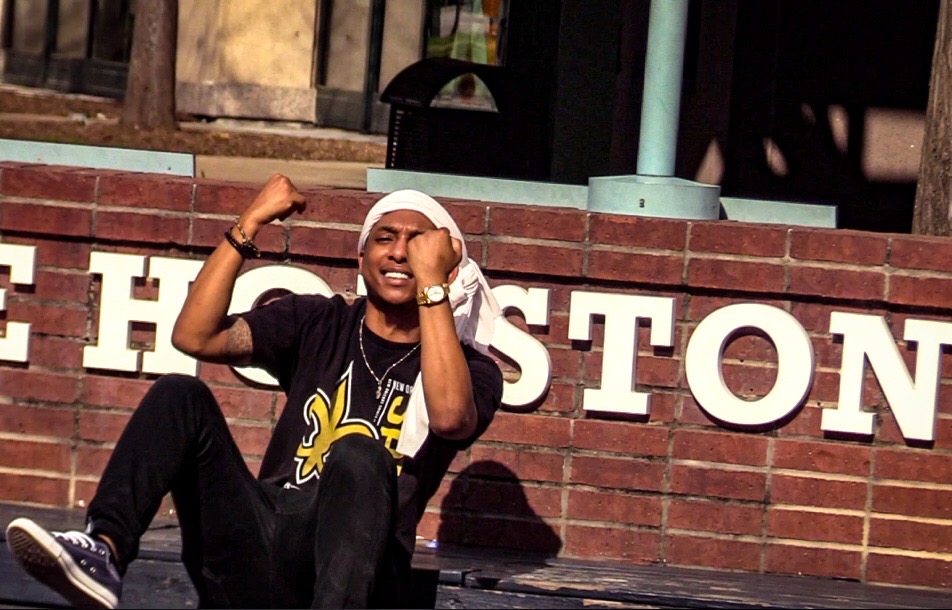 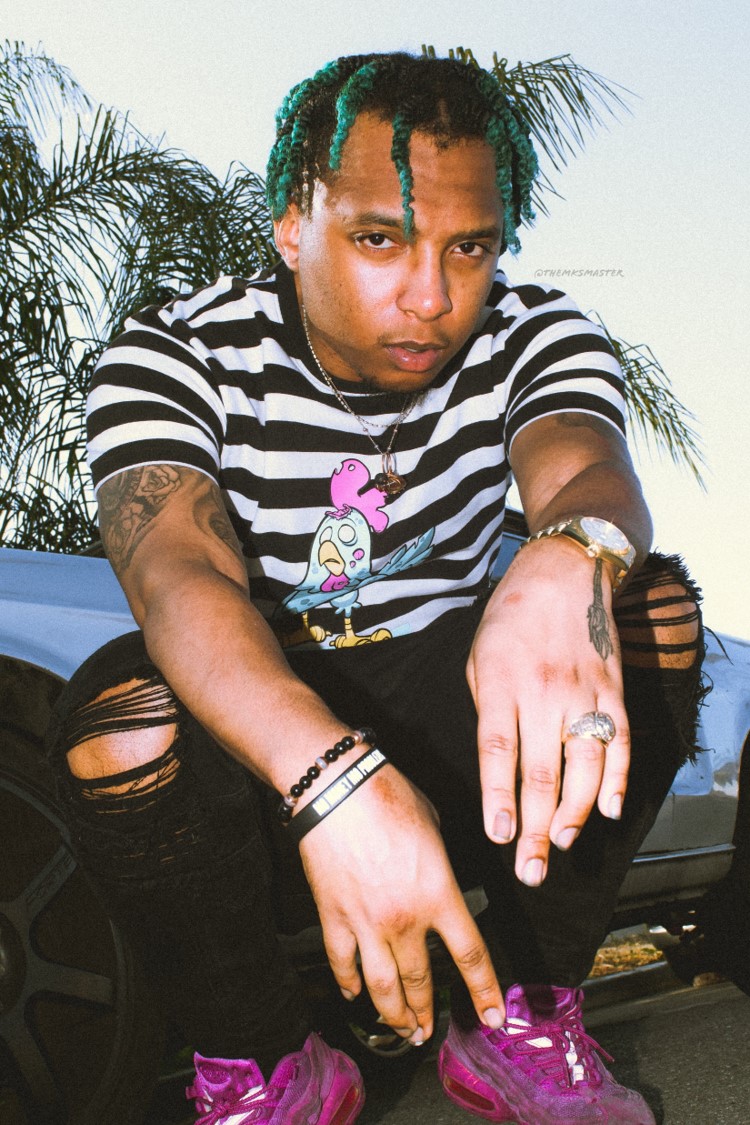 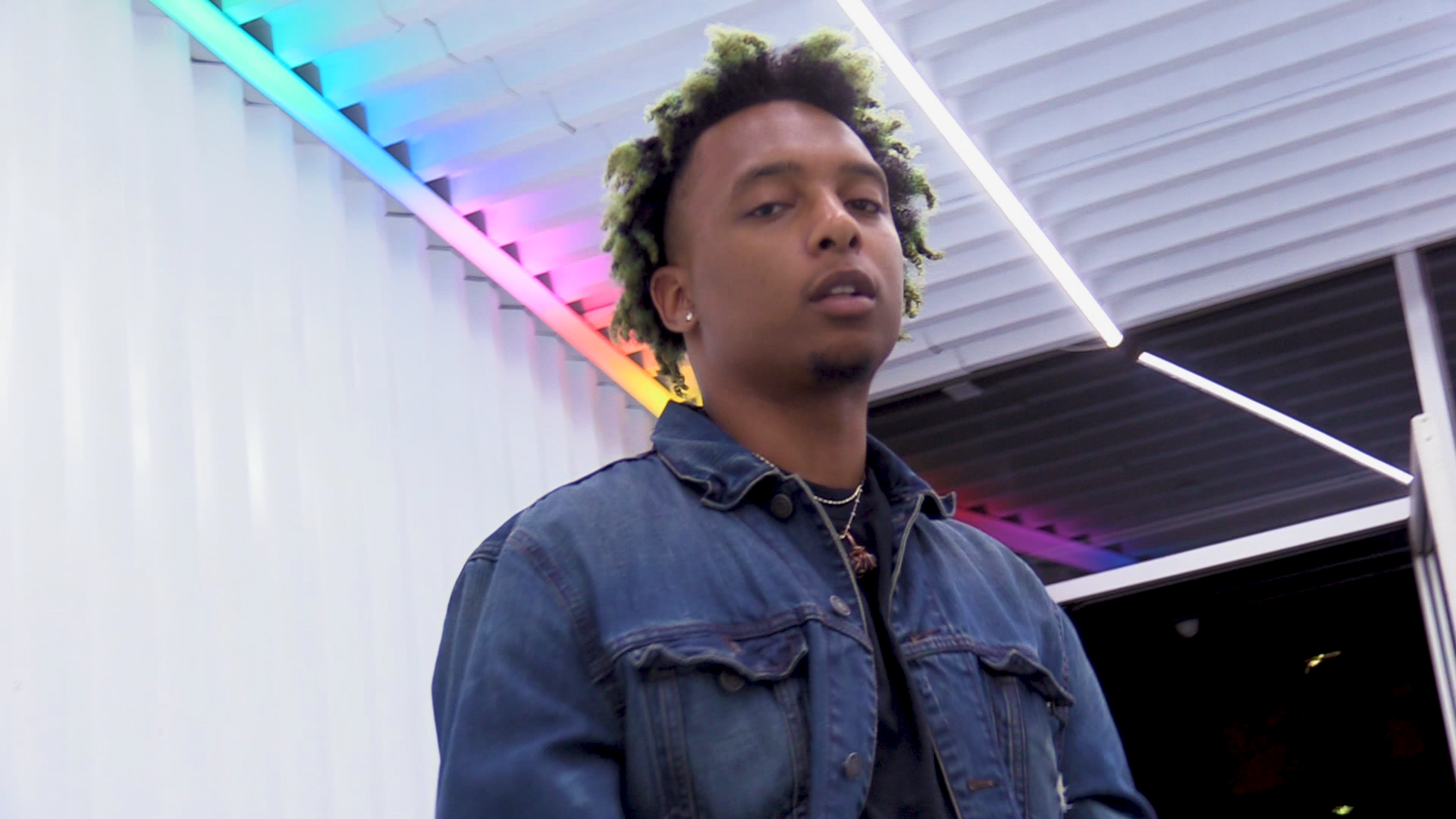