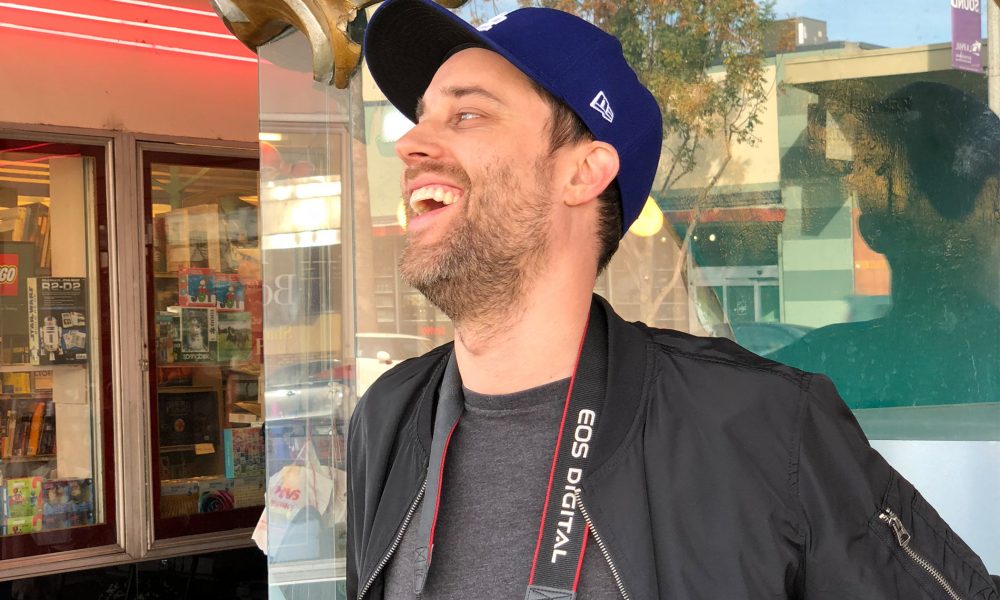 Today we’d like to introduce you to Drew Talbert.

Drew, let’s start with your story. We’d love to hear how you got started and how the journey has been so far.
I was raised in Nashville, TN in a home without a television. The TV broke when I was two and instead of replacing it, my dad told us God wanted to get rid of it. Besides crippling my ability to keep up with 80’s and 90’s TV references, having no TV opened the door to me becoming my family’s default source of entertainment. It started with me recording fake newscasts on a tape recorder but evolved when I discovered my grandmother’s camcorder. I set about writing and filming sketches, music videos and anything else that allowed me to dance around in my grandmother’s wigs for laughs. I had plenty of time to do this while being homeschooled.

My college didn’t have a film or television program so my friends and I created one. After petitioning the student government to give me $2,000, I wrote, produced and directed my first short film. Other shorts and the admiration and curiosity of the student body followed. I’m proud to tell you I sold out every screening. Also, they were free. Between film projects, my more pop cultured friends would bring me up to speed on all the classics I had missed growing up. I’d watch two Woody Allen films a day (I didn’t know he was a bad dude yet!) and episodes of Cheers at night. I’ll get to Game of Thrones around 2046.

I feel like I wasted some years in my twenties shuffling back and forth between Nashville and LA, not even sure if I wanted to focus on writing or acting. Then I discovered The Groundlings and started taking classes there, and I found a little home for my creativity. Performing in their Sunday Company was an incredible experience, and it gave me more opportunities than I’d had before. But professionally nothing was happening, and around that time I became a total cliche and fell into drug addiction. I wasn’t the wild, obvious train wreck type. I was the hidden-in-plain-sight coke head.

Nobody knew except me, my dealer and…God? Everyone has a different reason for sliding into addiction. For me, I’m guessing it had something to do with me not living up to being “The Golden Child.” I’m serious. That’s literally what my mom wrote in icing on my college graduation cake. Instead of fame, or even modest success in the entertainment business I had found top seniority as a waiter at a restaurant. I hit rock bottom in my tiny studio apartment in NoHo when my next-door neighbor drank himself to death and I remember feeling like either I or the meth-head upstairs was next. I was in my mid-30’s, unsuccessful, lonely and strung out 24 hours a day.

It was writing, a friend and a girl that saved me.

I had started writing little stories based on my experience as a waiter and posting them on Facebook as “Server Updates.” The feedback was beyond likes. People were impressed with the writing, and I could tell they were moved. It meant a lot to me at the time. It was like my heart started beating again, albeit softly. Around that time I was talking to a girl at work, and my curiosity was peaking. She was beautiful, warm and too good for me to pursue while hiding a serious drug addiction.

That’s where the friend comes in. I finally dumped the last of my last baggie in the toilet and texted my friend, Jimmy, who had gotten clean himself a few years prior. He was the first person I opened up to, and it took the weight of the world off of me. I’m proud to say five years later I’m still clean, Jimmy is still my friend, and that girl became my wife and the mother of our eight-month-old son, Hudson. My heart is really beating now. I hope this whole town can hear it.

We’re always bombarded by how great it is to pursue your passion, etc – but we’ve spoken with enough people to know that it’s not always easy. Overall, would you say things have been easy for you?
For me, the greatest challenge has always been psychological. On one hand, I’ve always been a confident person who dreams big and has the courage to chase my dreams – even if it means moving across the country with zero connections in the entertainment industry. On the other hand, I’ve struggled to maintain that confidence unless I’m constantly fed validation. And in this town, validation is handed out sparingly.

Casting directors don’t have the time or energy to stroke egos in the room. Thankfully, I never gave up. I have taken my failures and dark days and used them as lessons. I’ve worked on myself through the rooms of Narcotics Anonymous, therapy, acting classes, life coaches, meditation, marriage, fatherhood, teaching and some well-timed carb-loading, and as of right now, I feel very confident about who I am. The need for validation issues still bubbles up from time to time, but I have tools to deal with it now.

Please tell us more about your work. What do you do? What do you specialize in? What sets you apart from competition?
I am an actor, a writer and an improv teacher at The Groundlings. As a teacher, I think what sets me apart is how passionate I am about students using improv not only in their performances but in life. Nothing makes me happier than hearing about a student who’s gained confidence, gotten “out of their head” or started to trust themselves more. Outside of Groundlings, I perform private coaching for anyone who wants to use improv techniques to become better on or off the stage. I find improv particularly helpful for anyone struggling with social anxiety. And teaching improv has also made me a better, stronger person. I’m able to have healthy confrontations, stand more fully in my space, and listen far better. It’s helped me as an actor and writer as well. I feel far more present and connected to my work.

As an actor, I’ve always enjoyed more off-beat, weirdo roles. I recently performed a one-man play at The Groundlings written by Matt Cook and Tom Fonss called “Right Side of the Tracks: An Evening Under the Stars with Drew Talbert.” Matt and Tom basically wrote what they imagined my life story to be based on my Southern accent with no regard to facts (think: country bumpkin bouncing through life like a barefoot, gullible pinball). It’s hilarious, sincere and somehow manages to find a satisfying truth despite all the outrageous fiction. We’re discussing what is next for the play, but I’d like to see it make an extended run. I recently played a nerd in an indy pilot titled Corporately Challenged, and my characters at Groundlings ranged from creeps to socially awkward men…who were creepy.

When I write, I am drawn to non-fiction. I prefer to explore the stories that have either happened to me or in front of me. I see so much humor and heartache in some of the most banal interactions. That’s what inspired me to write the Server Updates. I’m also working on a book idea revolving around the characters that populated my studio apartment in NoHo during my darkest days.

What were you like growing up?
My mom says I didn’t speak until they dropped my brother off for his first day of school, and then immediately I started talking and never shut up. As the youngest of three, I was the attention-starved entertainer. I idolized Jerry Lewis and later Jim Carrey. If I wasn’t recording myself at home, I would be making a scene at the grocery store to embarrass my mom while shopping. In my mind it was never obnoxious – I just KNEW everyone was loving it. I was an avid reader. We didn’t have a TV, so I read books constantly. And I loved basketball. I played in high school on the varsity team for one game before getting mono. The only record of my contribution that season was a photo in the local paper of me getting dunked on by a seven-foot man child who would later play professionally. 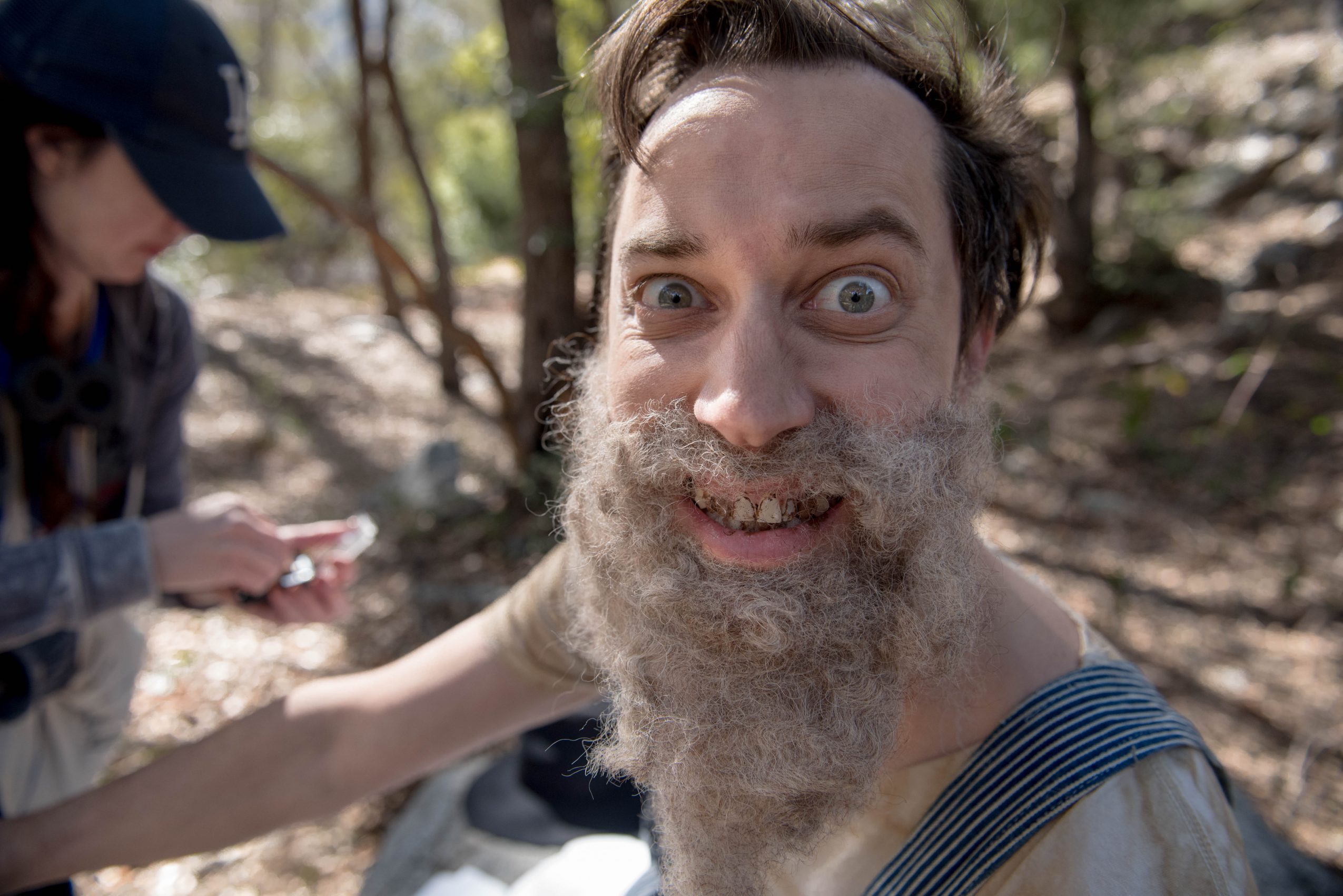 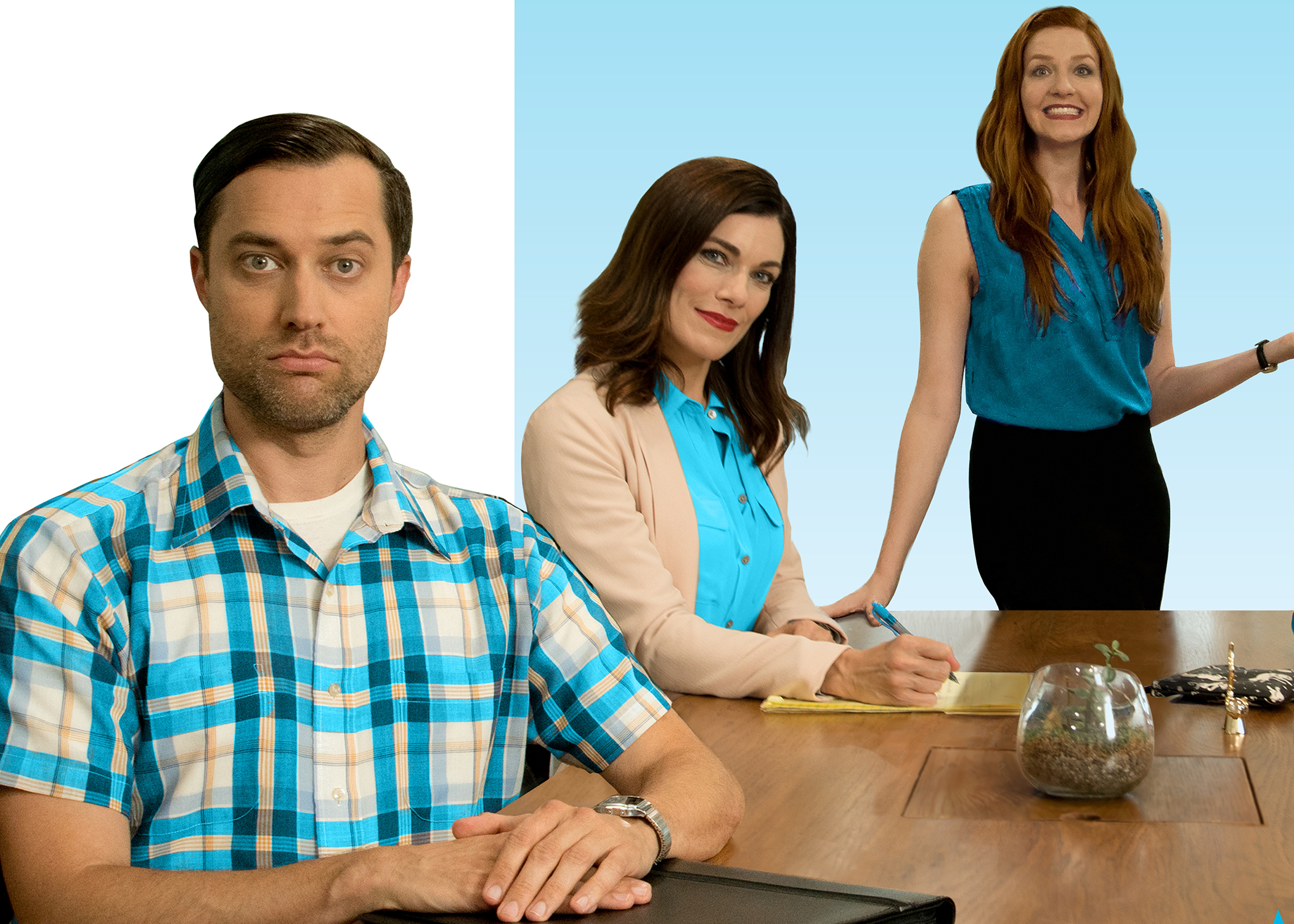 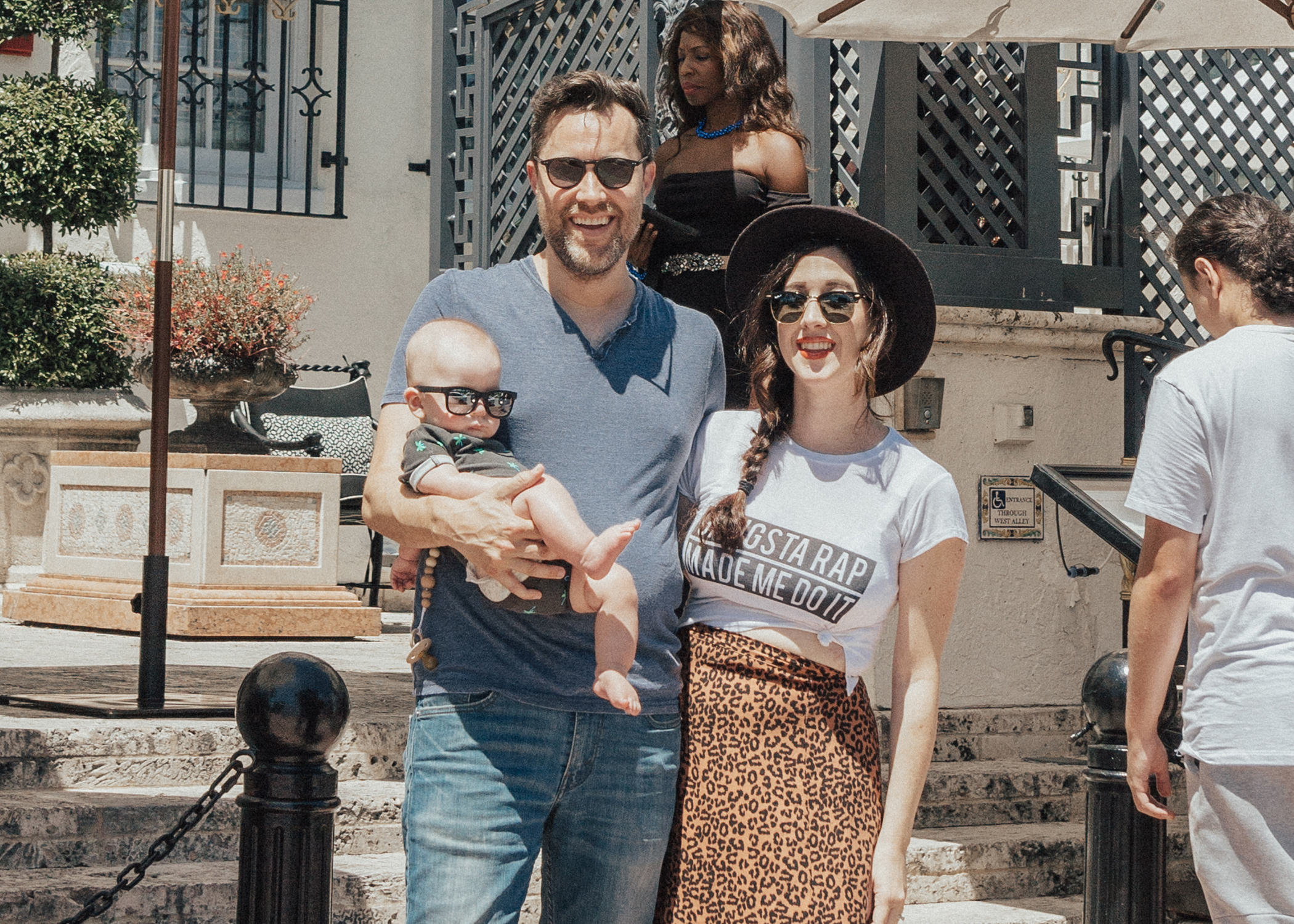 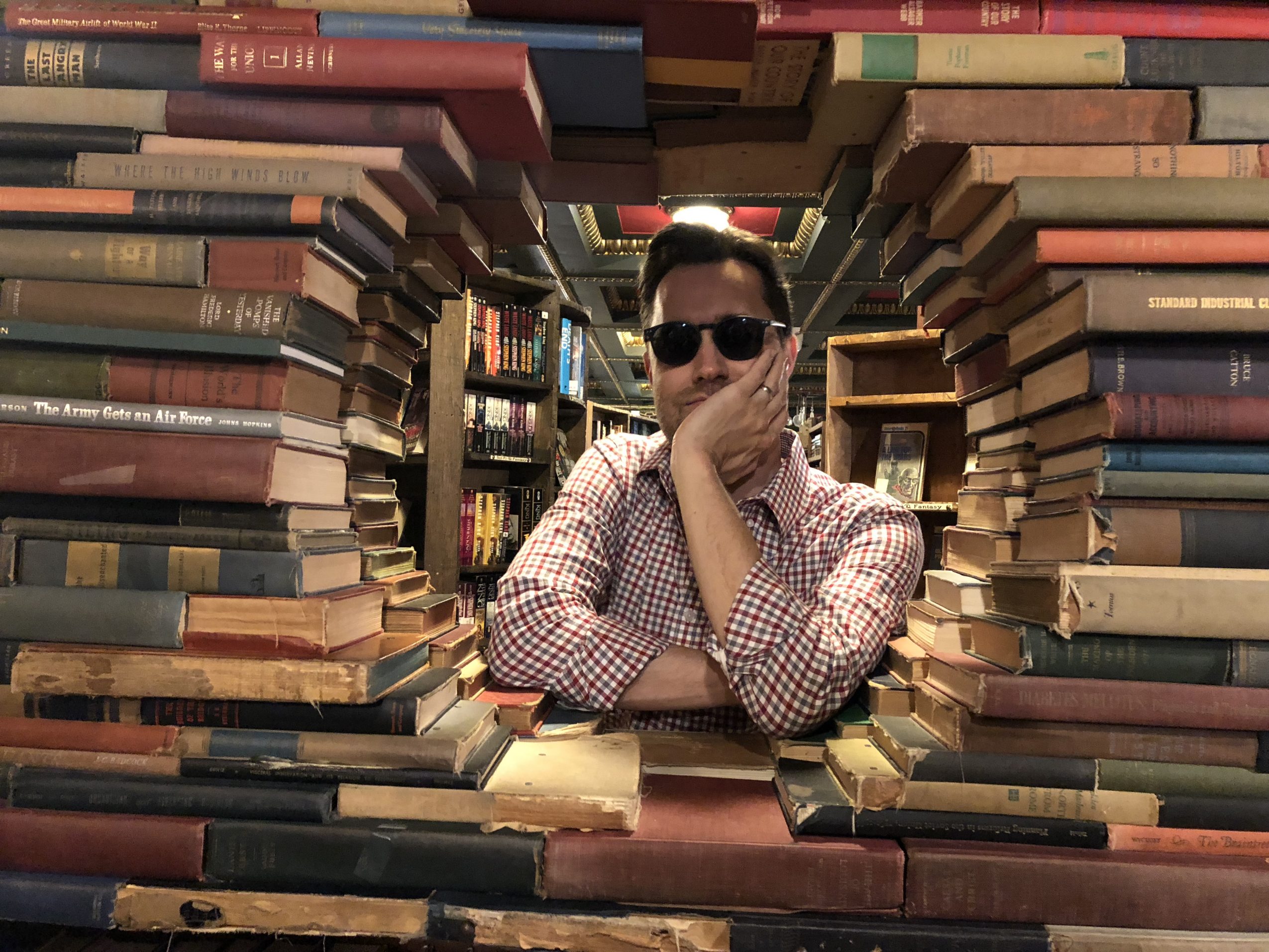 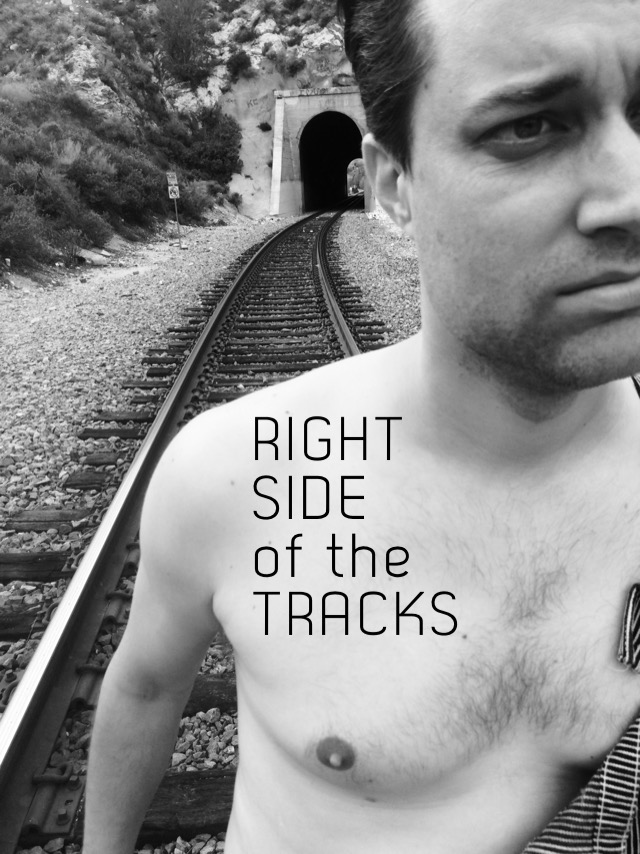 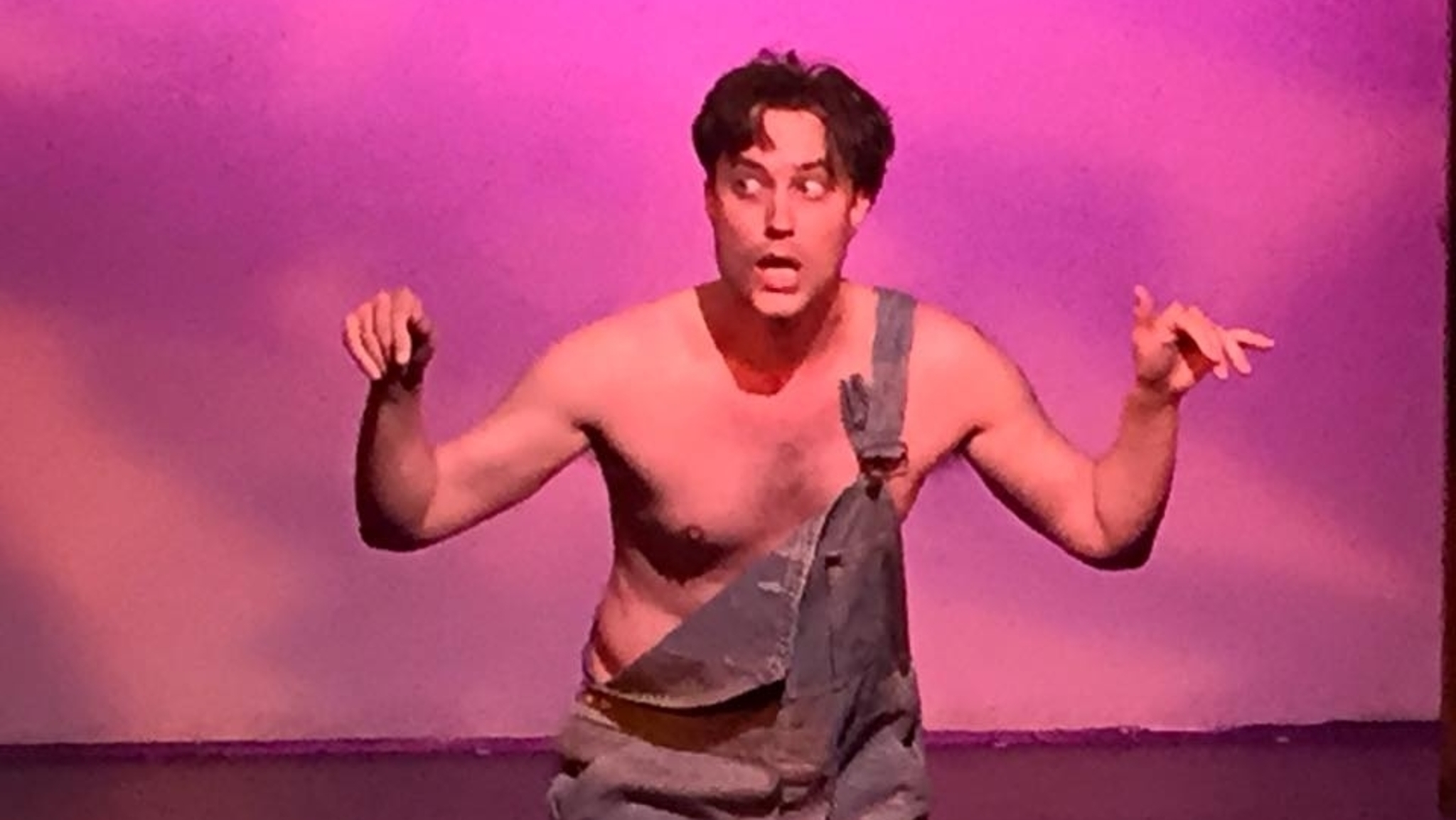