Today we’d like to introduce you to Drew Fonteiro.

Drew, please share your story with us. How did you get to where you are today?
I was young — a sixteen-year-old who had a dream of moving out to Los Angeles since I was a kid. I thought the only feasible trajectory was college – UCLA to be exact.

After talking to my guidance counselor, I discovered I wasn’t quite Bruins material. Case in point: my grades didn’t cut it. I was average, but what I lacked in academics, I excelled in the arts. Working with a pencil came natural to me. I loved to illustrate, tell all kinds of fantastical stories, plus I had some acting chops. Even so, I didn’t think I could make a future of those hobbies. For some reason, I believed people only went to college to be doctors, scientists and lawyers (the latter I was pursuing). When I was told UCLA wasn’t going to be in my future, I took it as all LA-bound possibilities were gone.

My sister’s best friend was a proud Navy Seal. She spoke highly about life on the vast ocean. There was this element of escape that I craved and this pride in doing something for my country. I was capable of that, I thought. This was an opportunity to leave my hometown of Brockton, Massachusetts, see the world, and be a hero. I instantly started pursuing the US NAVY. Meanwhile, I decided to tell my parents assuming they would be proud, but no…they scoffed and said I would go to college like my two older sisters. Education was priority number one in my family.

One day, this woman suggested I pursue an acting career. “It could eventually take you to Los Angeles,” she said. The idea seemed far-fetched. It wasn’t something a teenager from Brockton did. Leave for college, yes, but chase a passion for the arts? Absolutely not! Cabo Verdeans don’t build careers out of passions. When your Dad moves to Portugal at sixteen to take care of his family and your Mother literally fights through battlefields in the Angolan Civil War to get to a better country, a child of theirs couldn’t possibly waste that opportunity by taking a chance on a dream.

Without mentioning LA, I managed to convince them to (at the very least) let me enroll in classes. I started studying in Boston twice a week for an entire year. Upon my one year anniversary, I was selected to participate in an acting competition. This took me to the Big Apple – New York.

Seven days in front of many managers and agents, I performed monologues, comedic scenes, dramatic conflicts and other rigorous obstacles. Yes, this was the Hunger Games for potential starlets. Out of hundreds competing I placed in the top 10; catching the eye of six agents – four from New York and two in Los Angeles. That’s when I told my parents I had to chase this dream all the way. The work we put in as a family was for something. Believing their son could succeed, they supported my decision. Mom and Dad asked me who I’d sign with – agents in New York or Los Angeles? Needless to say… it was an easy choice.

Has it been a smooth road?
I found the greatest struggle can be within yourself. When I started back in 2003 I was apart of an acting class full of students who (for all intents and purposes) “made it.” I did improve classes with Emma Stone, scenes with Chase Crawford and Kellan Lutz, even died in Ashley Greene’s arms, giving her one last kiss. I studied alongside Travis Van Winkle and worked with Tessa Thompson. Remember, this was when we were starting out – simple students honing their craft.

As everyone “graduated,” I stayed in class and didn’t book anything for years! I started to think maybe I wasn’t Hollywood material. For them, it seemed like a rapid progression. “Why isn’t it happening to me?” I thought. Seeing instant success had me believe it worked for everyone that way. If the pursuit of happiness didn’t resemble that, I was failing. Clearly, during that time I was young and naive. I couldn’t see that I was carving my own path, one that didn’t look like my fellow classmates.

When Hollywood didn’t want me, I still wanted it. If I wasn’t going to be in front of the camera, I’d be behind. At least that way my dream was only one step away from me, I thought. Little did I know that was going to make things harder internally.

I started working as a Production Assistant on TV shows. Over the years I worked as an Audience Coordinator for NBC, was promoted to an Executive Assistant for Sony, and then became a Contestant Producer on America’s Got Talent; traveling the United States searching for acts. Though there was major growth behind the camera, I felt a deep sense of emptiness because I tossed my reason aside.

After 7 years of working in production, I took a leap of faith and stepped aside to give my acting career the attention it deserved. Of course, I was scared, but I believed it had to be worth it.

In 2012 I found myself in another showcase; one that was more intimate – no crowds, no rigorous challenges – just a monologue, an agent and myself. Impressed by my performance, the agent signed me! From there it was straight to work, doing commercials. After a year of getting my feet wet, I transitioned to TV shows. From there it just kept on getting better. I found myself doing very small parts alongside Elliot Gould, Kyra Sedgwick, Angelica Houston, Viola Davis, and Gina Rodriguez – all of them incredible! No, I’m not famous like them or the students in my old acting class, but fame isn’t why I moved to LA. I moved here because I wanted to make a career out of my creative passions… and I did that.

Oh yeah! I got to play this cool White House computer technician named Dennis on TNT’s The Last Ship. Yup, a US Navy show which stars an old classmate of mine, Travis Van Winkle. You see how everything comes full circle? Dennis even helped save the world!

We’d love to hear more about your business.
Full time, I’m an actor, but I quickly learned that LA is an artist’s paradise. After taking that break from production in 2012, I decided to try it again in 2016 and produced my own web-docuseries called “On Impulse” – a roundtable discussion show on YouTube, which brings together members from the LGBTQ and straight community to discuss topics on race, gender, religion, sex, politics and other social issues.

I’m most proud of completing my young-adult fantasy novel, “Benthu of Ti’ago.” I didn’t know I could complete a book, but a dear friend said, “Just shut up and write,” so I did. Putting pencil to paper, I discovered there’s an entire multi-novel saga locked in my imagination:

-In the world of Dez’ilha, a meek 17-year-old fisherman named Nicholas is the first person in 1000 years to have dreams. Within these images, he discovers his lineage as one of ten descendants of the Fallen King Cizario, who was slain ages ago. Confiding in his guardian – younger sister Atikin, the siblings embark on an adventure across their island-home of Ti’ago to decipher these visionary dreams. On this journey, the siblings come face to face with the Rightful Children – mercenaries who’ve been tasked to hunt down Nicholas and the remaining descendants of Dez’ilha.

What sets me apart from others? Nothing. We’re all the same, in the most unique ways possible. We live life and try to do our best. I believed I could do something with the hobbies I loved as a child; I simply chased a dream. Everyone should… because they can. Confucius once said, “Find a job that you love and you’ll never work a day in your life.” Every human deserves the chance to use their God-given abilities and live their life through that.

Is our city a good place to do what you do?
Los Angeles is the best place to be for an artist. I tell everyone to come here because there’s an opportunity to be. You can find your specific niche, yet still be apart of the greater picture. That’s the beauty of it all.

What role has luck (good luck or bad luck) played in your life and business?
Luck is not something I really believe in. There is such a thing as hard work, perfect timing, patience, destiny, and faith. There’s a blessing waiting for everyone. You just have to choose when you’re ready to go for it. 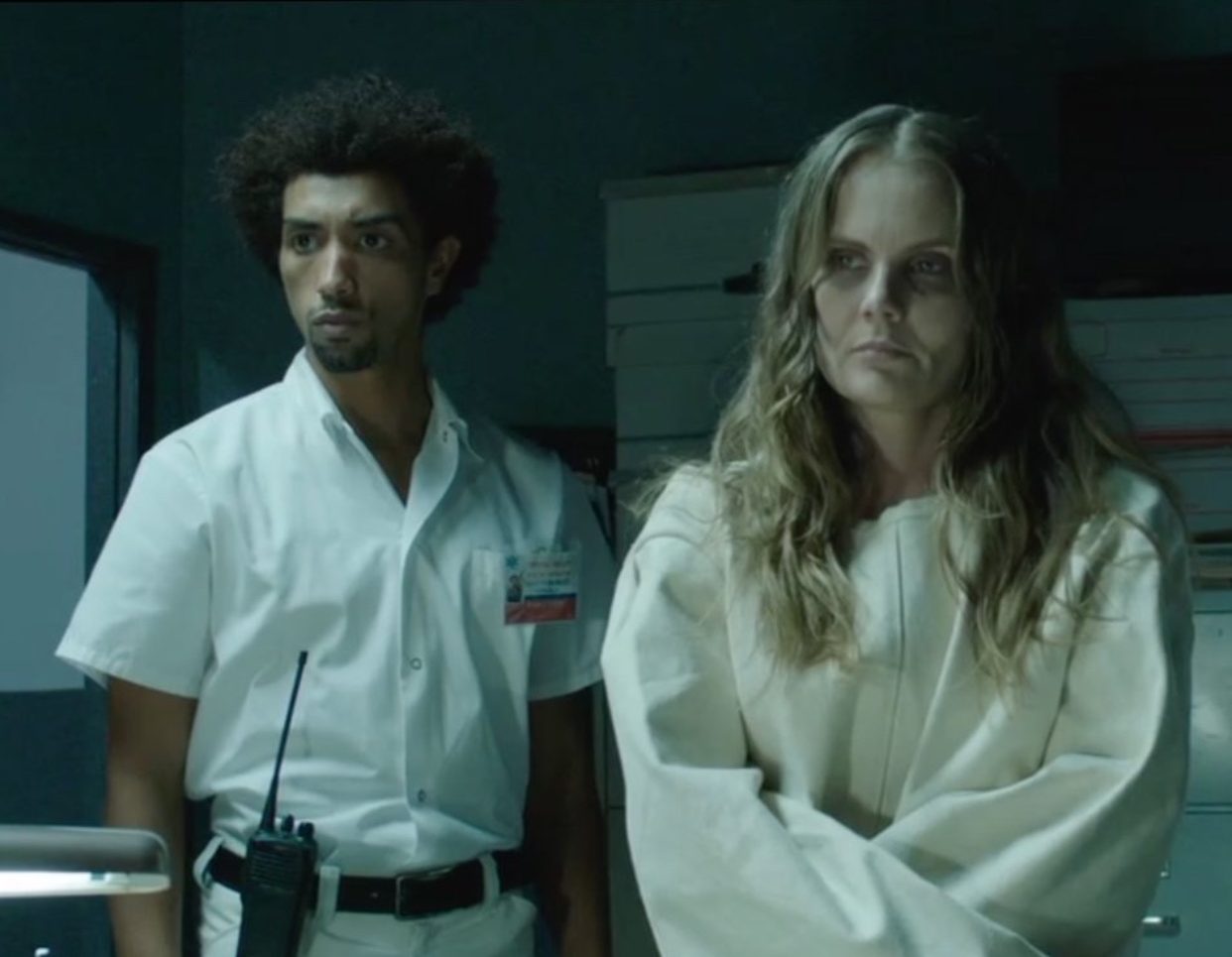 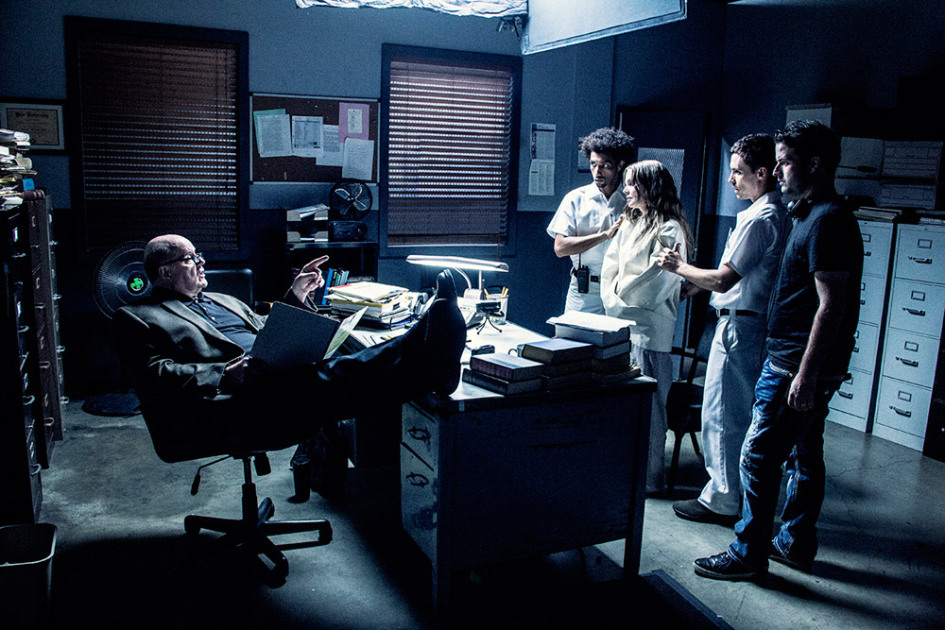 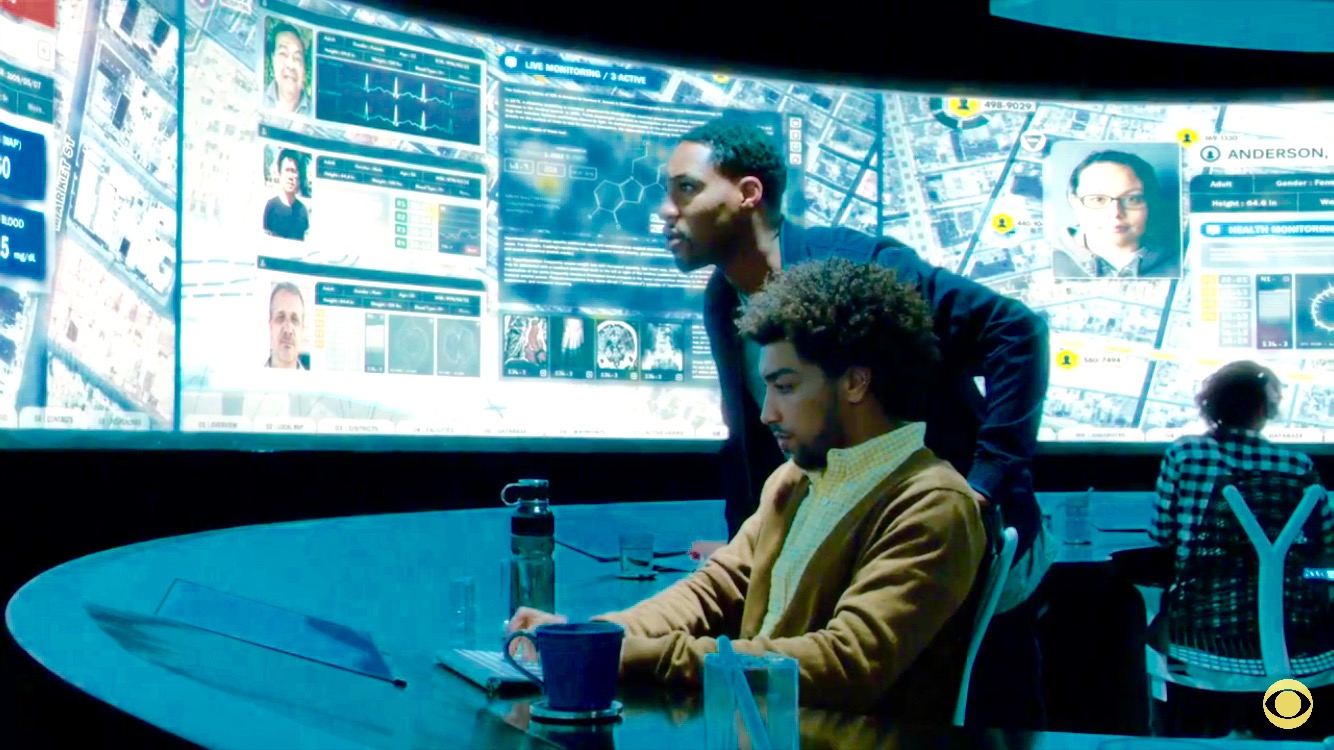 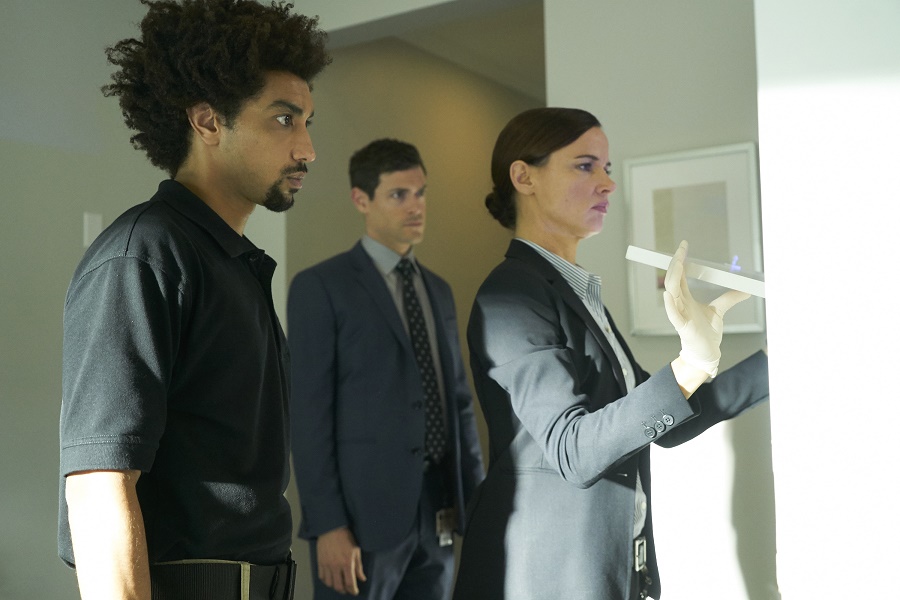 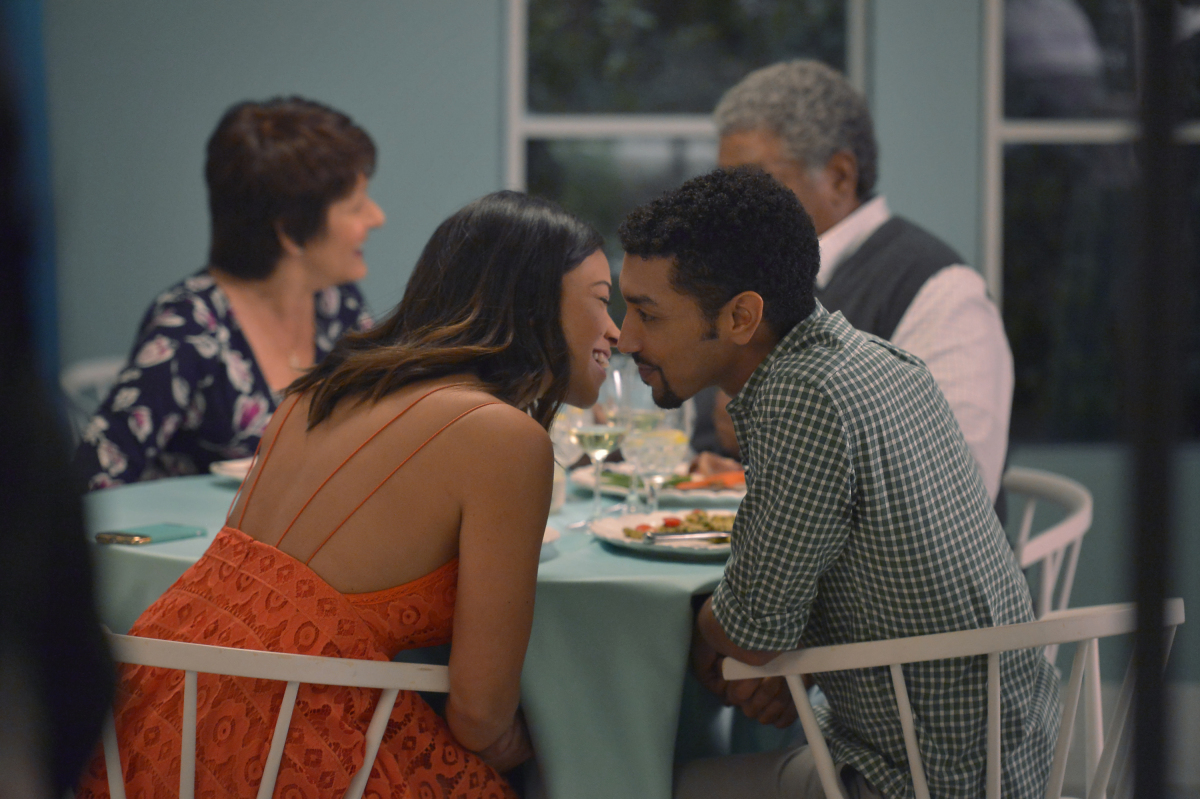 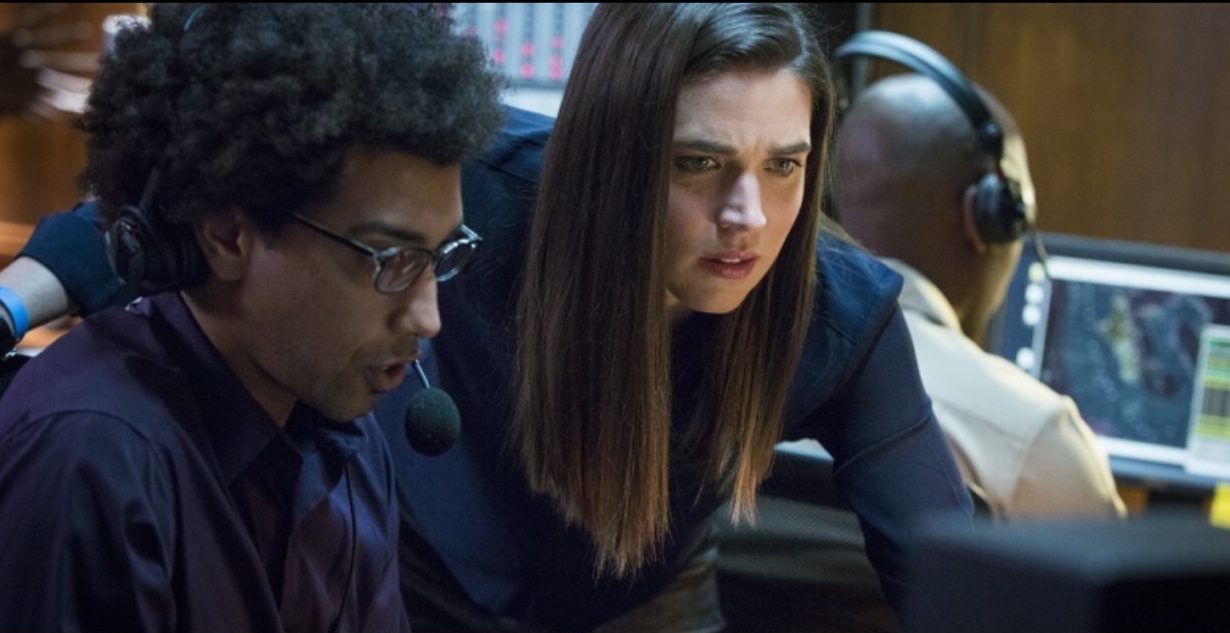 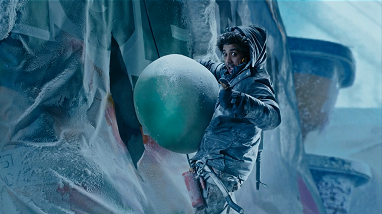 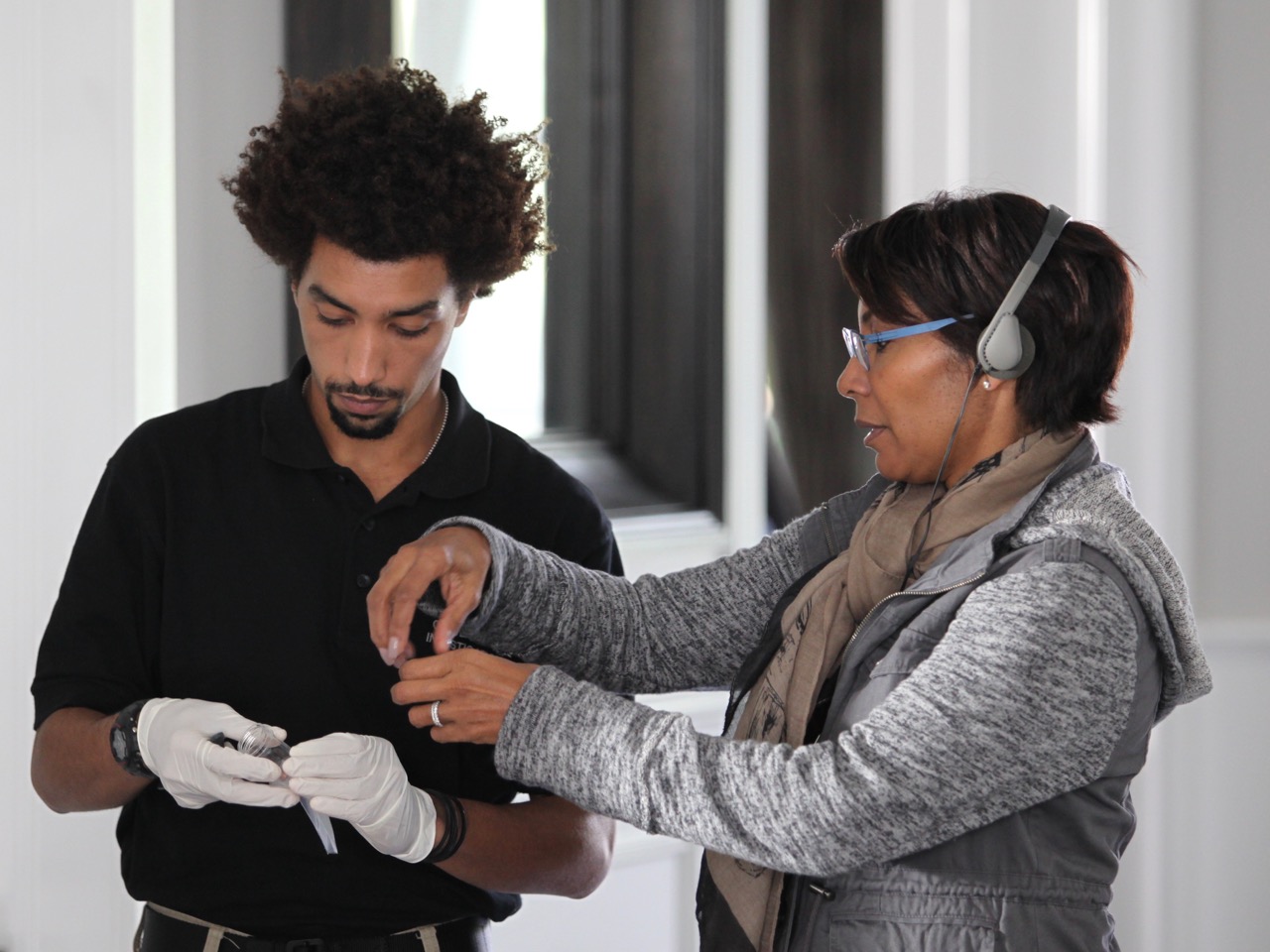