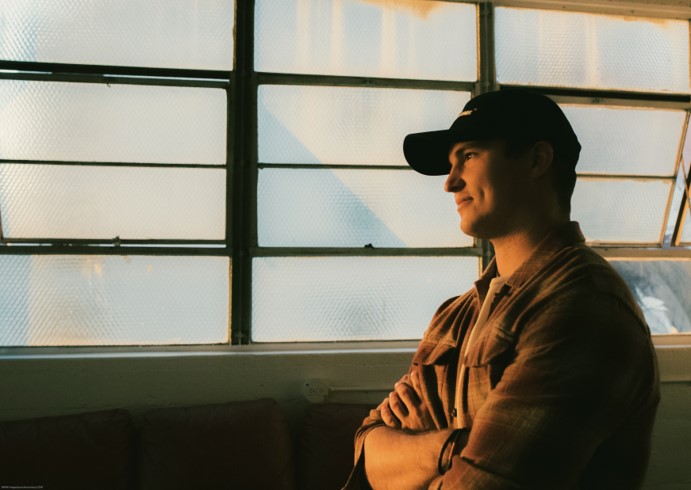 Today we’d like to introduce you to Justin J. Garza. Justin and his team share his story with us below.

At only 29 years old, Justin J. Garza is already a music business veteran. The Bay Area native began his career in his early teens as a lead singer, performing regularly on the Vans Warped Tour. At Arizona State University where Justin played Safety on the Division 1 football squad, Justin earned a Bachelor’s degree in Business and Music. Within a couple of years of graduating and moving to Los Angeles, he was already working with successful artists such as The Black Eyed Peas & Will.i.Am. His responsibilities included roles usually allocated to much older and experienced music vets. Such jobs included heading production for an overseas, 18,000 capacity show for Will.i.Am, Nicole Scherzinger, LMFAO, and Apl.de.Ap.

But as challenging and complex it was working for successful music acts, Justin’s true passion was helping launch the careers of up and coming artists. Justin continued to grow his clientele and management resume, working with Columbia Records pop duo, MKTO; Grammy award-winning producer, DVLP; and VMA winner Ty Dolla $ign, where as part of the management team, Justin handled day-to-day and road management responsibilities as they toured the world.

Being young in the infamously tough music industry has actually been an advantage for Justin’s career. Justin has been able to adapt and change with the ever-changing business models and trends. As the industry discovers new revenue streams and opportunities, Justin stays on top of it by launching ideas that are multi-faceted, fluid, and like many new start-ups, focused on a bigger purpose.

In early 2018, he launched The D.A. (The Dream Adopters) an entertainment company focused on music management for award-winning recording artists, music producers and songwriters, such as Melanie Fontana (The Chainsmokers, Justin Bieber, BTS, Halsey), Omega (Fall Out Boy, Chloe + Halle, Iggy Azalea), Brian Justin Crum (America’s Got Talent Season 11 Finalist) Soaky Siren (Camila Cabello, Chris Brown, J Balvin, Rita Ora), Lindgren (BTS, Daya, Cheat Codes, TXT), Shayon (Baby Jake, Brian Justin Crum, Anna Akana), Vaiyeh (Drake, Justin Bieber, 2 Chainz, Rich The Kid, Sia) & Wow Jones (Bryson Tiller, Post Malone & Bazzi). Under The D.A. umbrella, Justin is a partner in the music/tech startup Studiotime. Currently operating in 35 countries, Studiotime, the Airbnb for recording studios, is the largest marketplace in the world to book studios. And finally, and most important to The D.A.’s mission is the philanthropic endeavors and community service. As a board member on the Young Professionals Board of the Downtown Los Angeles art school, Inner-City Arts, Justin, and The D.A. help the organization with its mission of providing children within the LA unified school district after-school programs across over a dozen different disciplines of art.

Justin, we’re always bombarded by how great it is to pursue your passion, etc – but we’ve spoken with enough people to know that it’s not always easy. Overall, would you say things have been easy for you?
Well, the short answer is “hell no”. Life in the music business is a road paved with potholes, roadblocks and scenic distraction. However, I wouldn’t have it any other way. For me, the hardest part of this business is practicing patience. When looking at the careers of your peer’s blossom, it appears as though most of the milestones you’re witnessing just happen overnight, when in fact, that is absolutely not the case. The people you see winning and that remain on top have built a solid foundation and have been putting in the work for years and years. I think I speak on behalf of a lot of the industry in saying that it’s super easy to fall victim to a life of comparison, that you almost forget to run your own race altogether. You’re never going to get to the finish line if you’re consistently looking left and right to figure out where everyone else is at in the race. In summary, get used to failing over and over again. In fact, welcome those failures. Fail faster and don’t let your history of failures repeat themselves.

We’d love to hear more about the Dream Adopters.
The D.A. (The Dream Adopters) is a full-service entertainment company for the dreamers, built by the dreamers – Specializing in talent management for award-winning, multi-platinum recording artists, music producers, and songwriters. As the founder of the company, I am most proud of the fact that our company operates more so as a family than a business. All of my clients are friends, collaborators and everyone within our camp has the utmost respect for one another. When you have that type of synergy within a company, it breeds positivity and evokes creativity in the most organic and pure way. Because we are a boutique company, it gives us the freedom to create without confines, where no idea is too small or too big. Having that freedom gives us the ability to dream BIG and that’s truly what separates us from others.

What were you like growing up?
This is a great question, haha. Honestly, I pretty much lived a double life. I was a jock, yet a band nerd, who used to sing in pop/punk bands for 10+ years. I’ve always been extroverted, unafraid to talk to anyone and always had a genuine interest in the story behind each person that I came into contact with. All the above still remains true to this day! 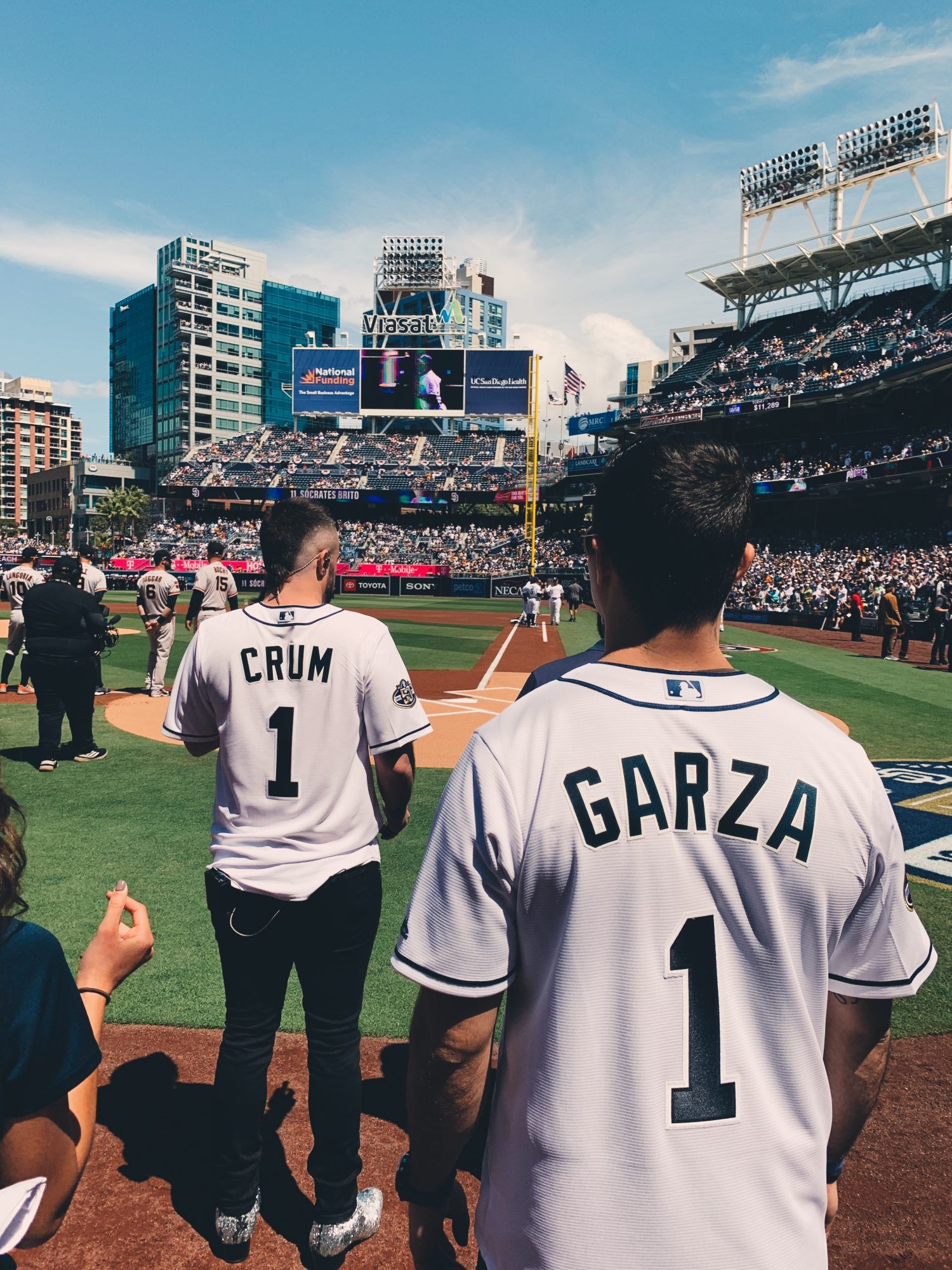 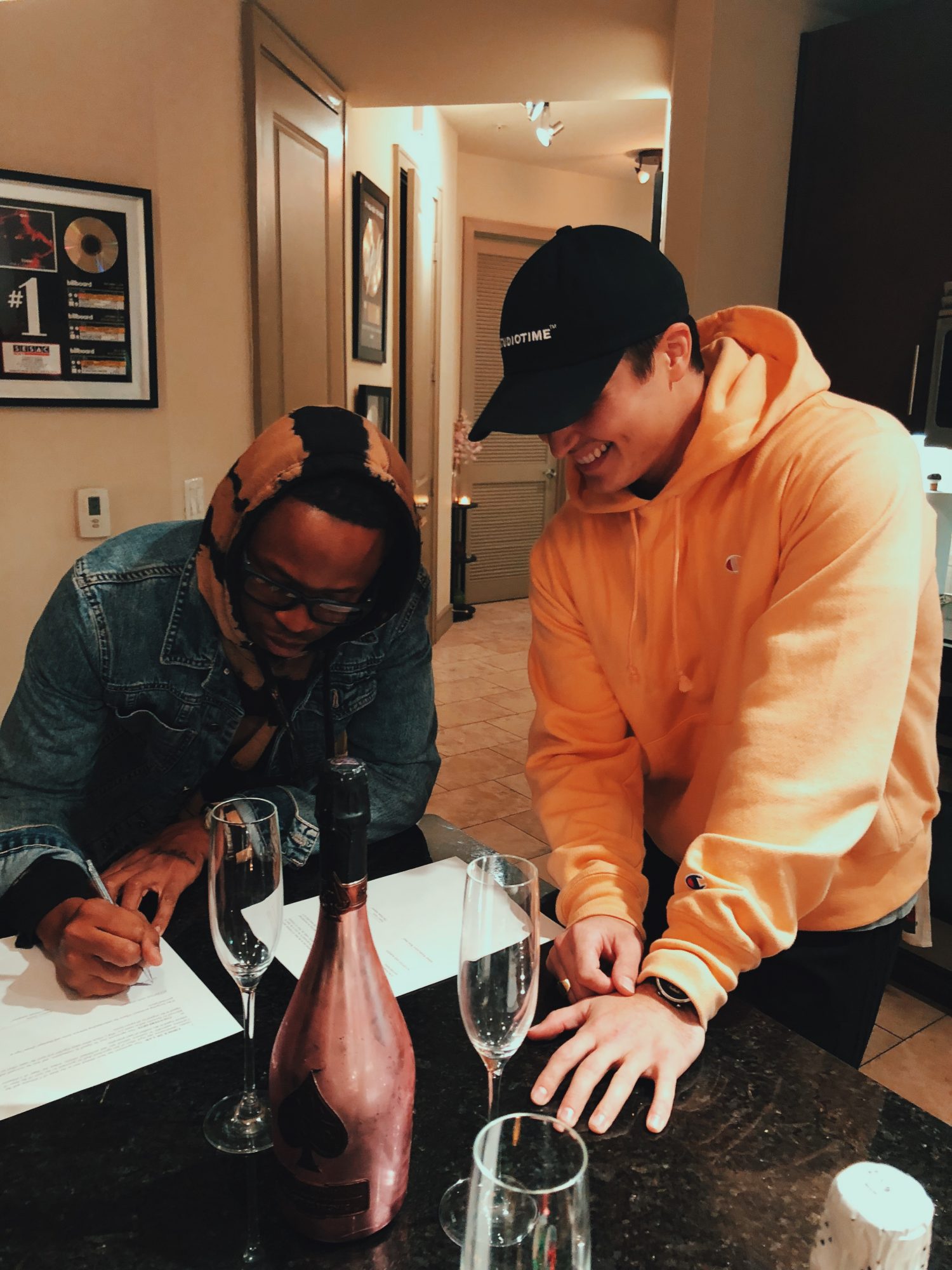 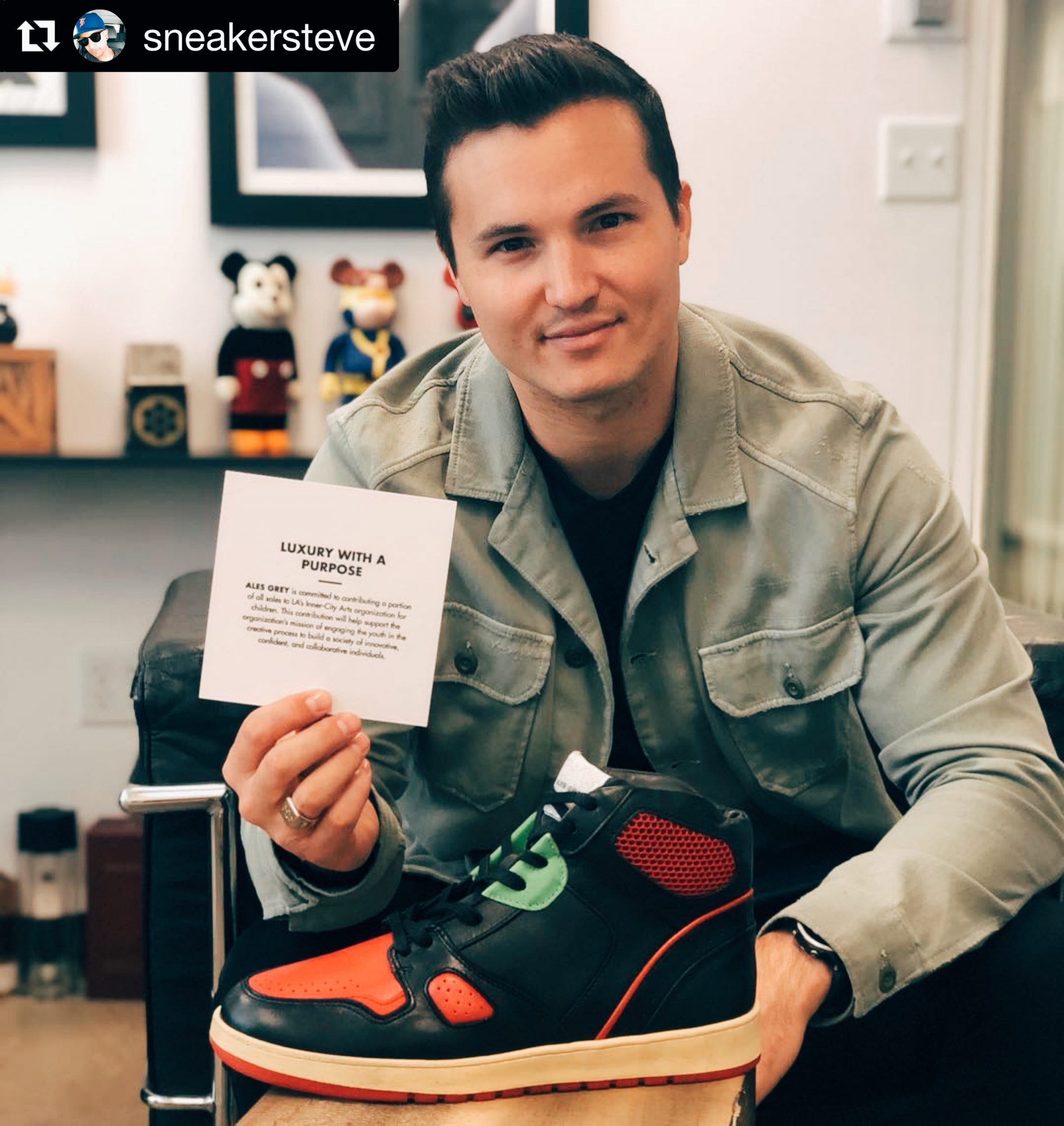 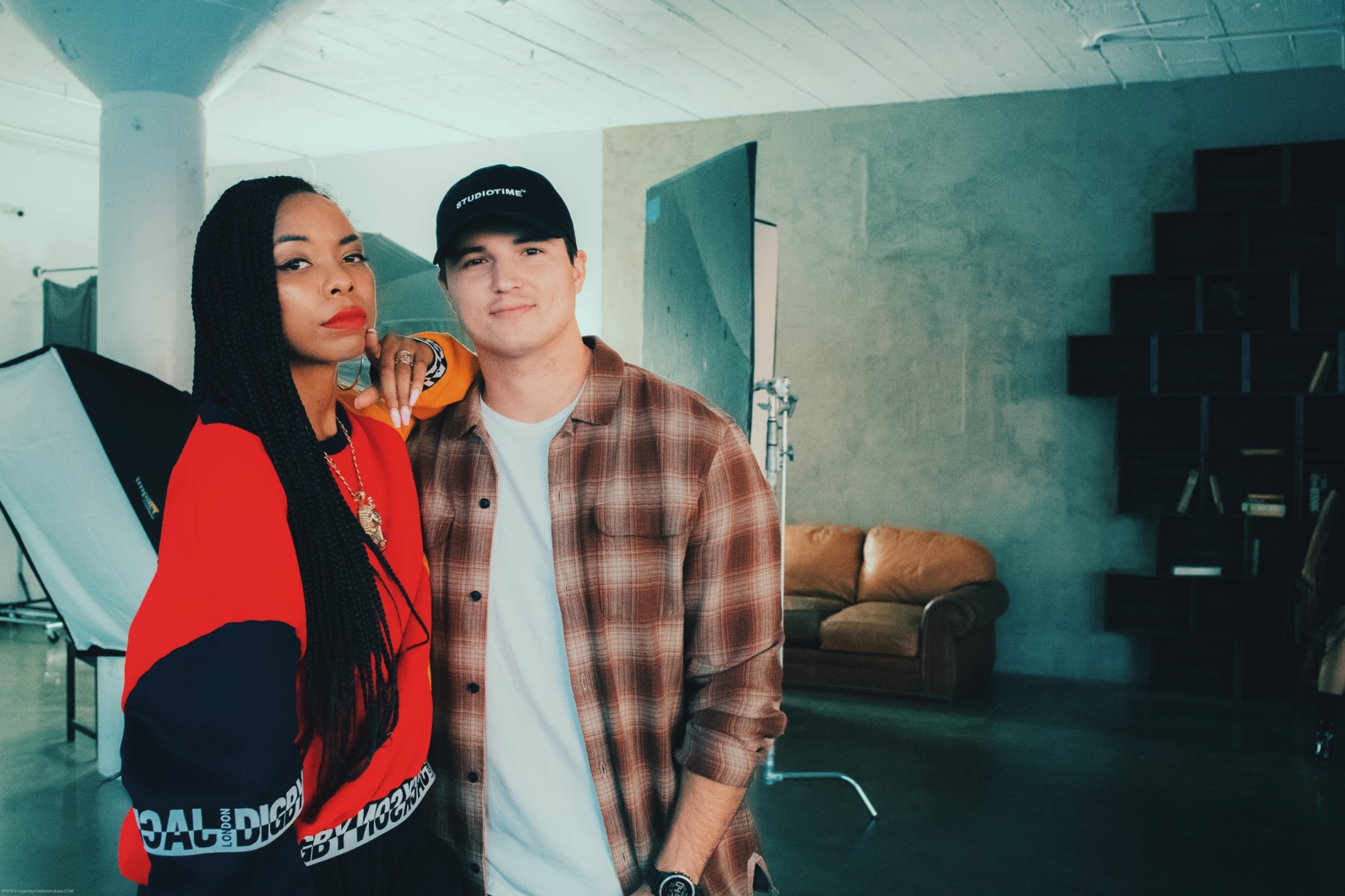 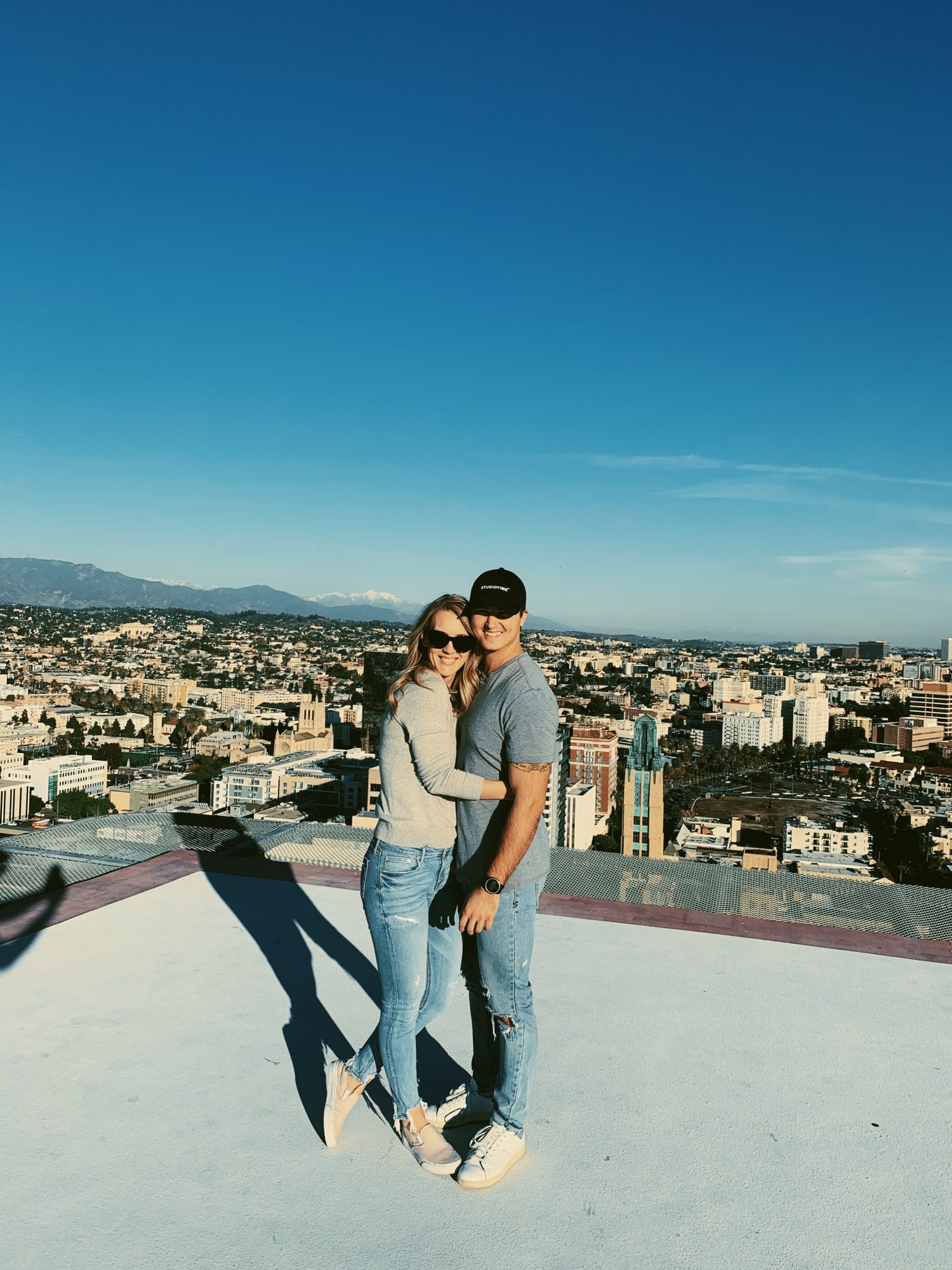 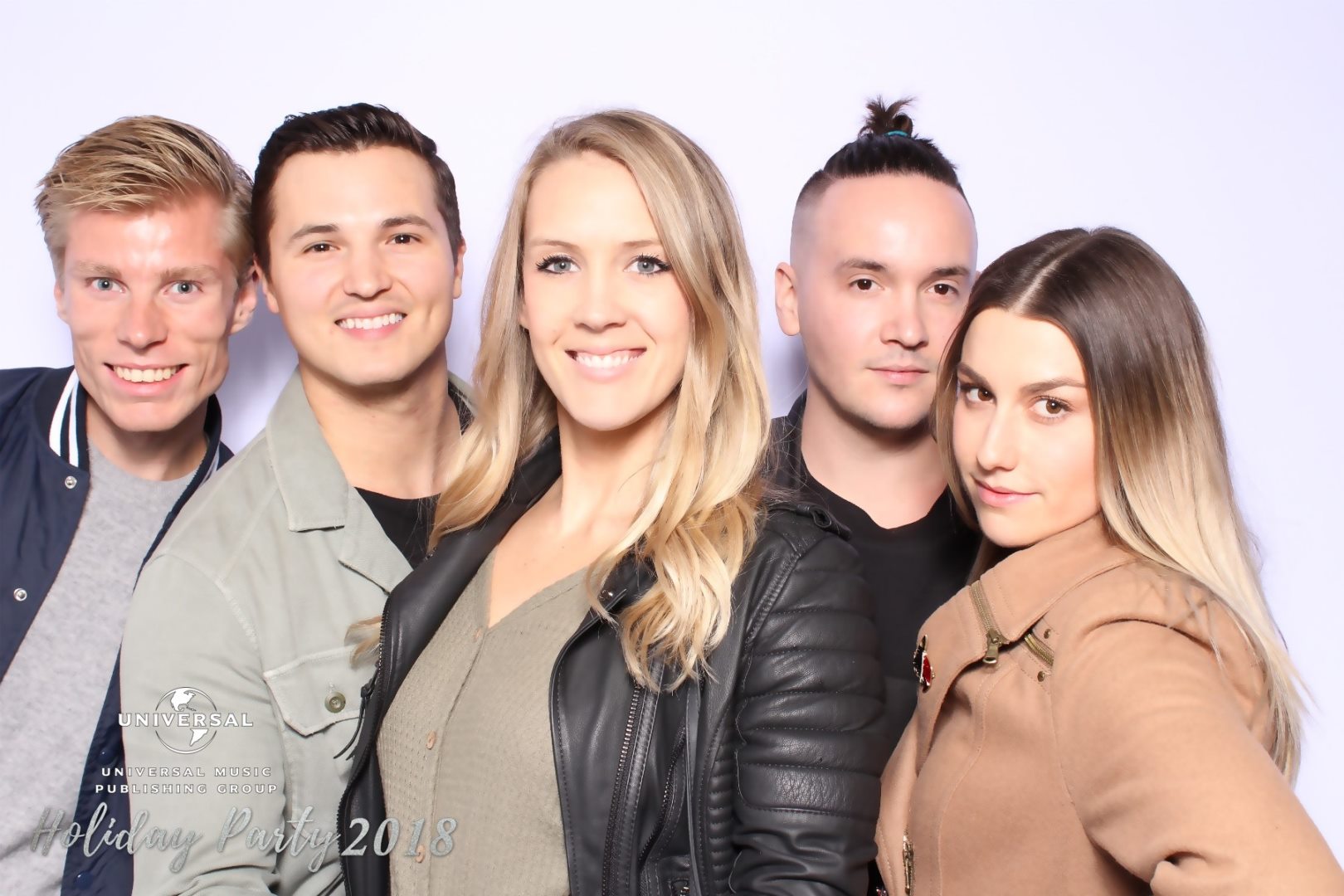 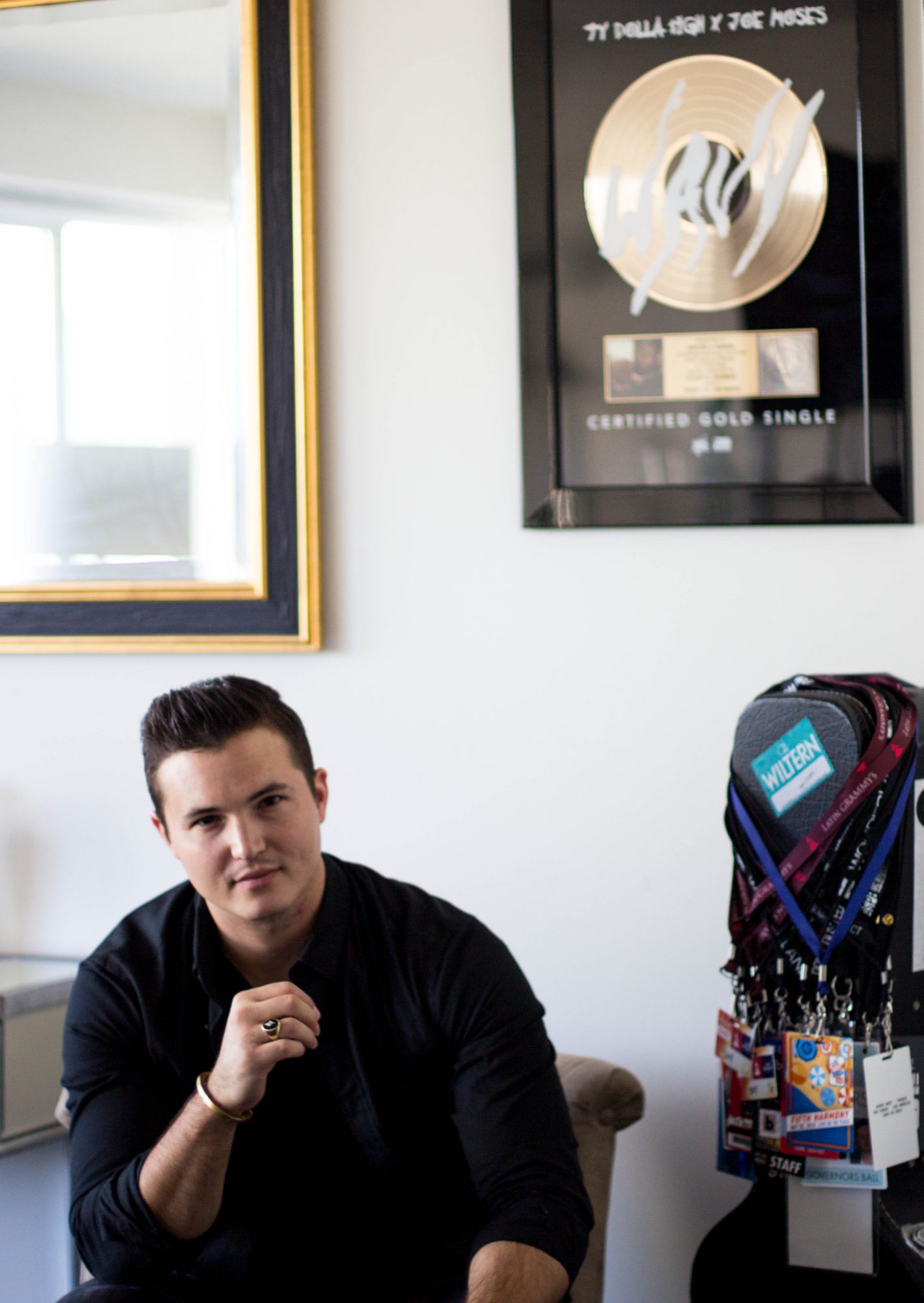 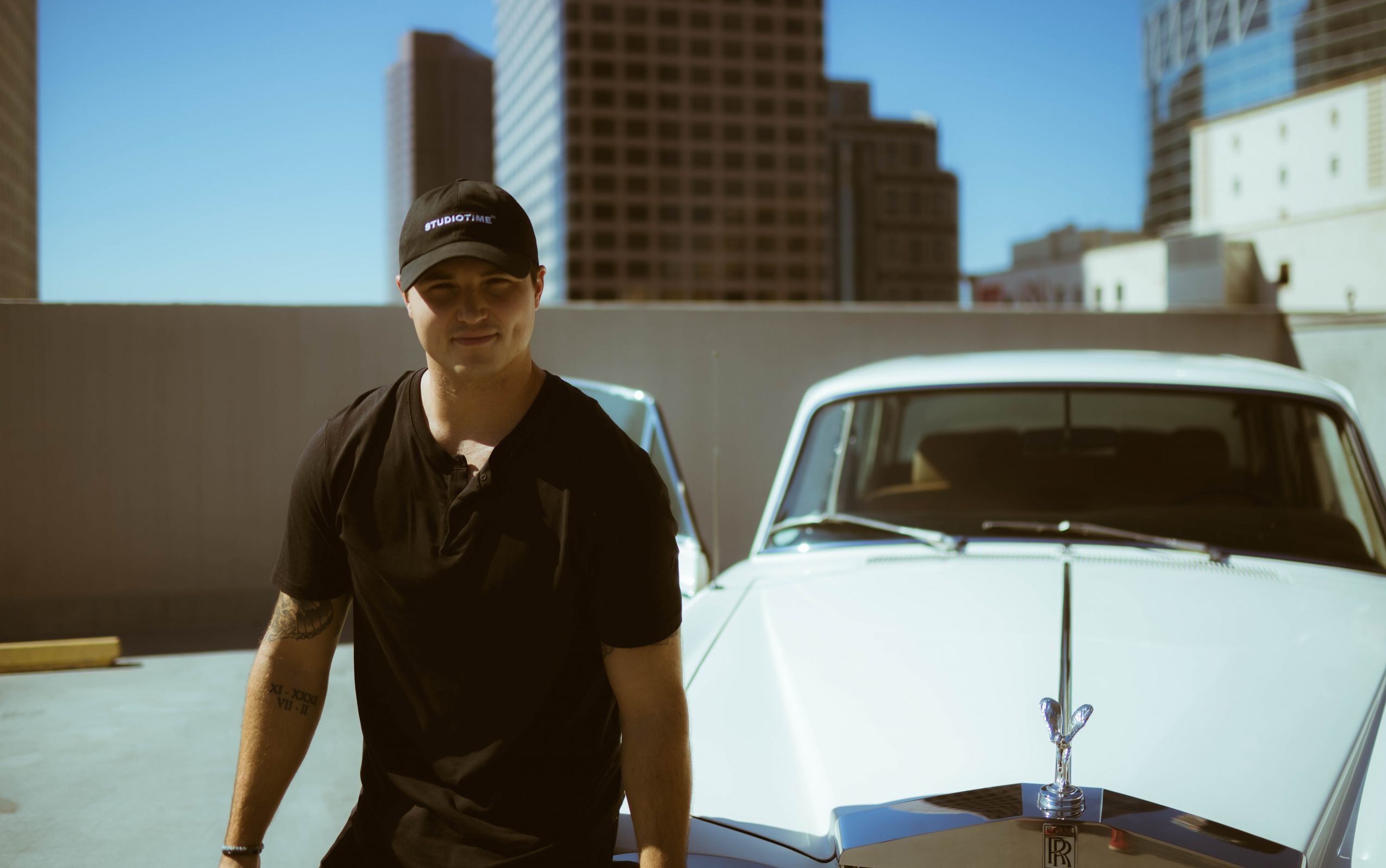 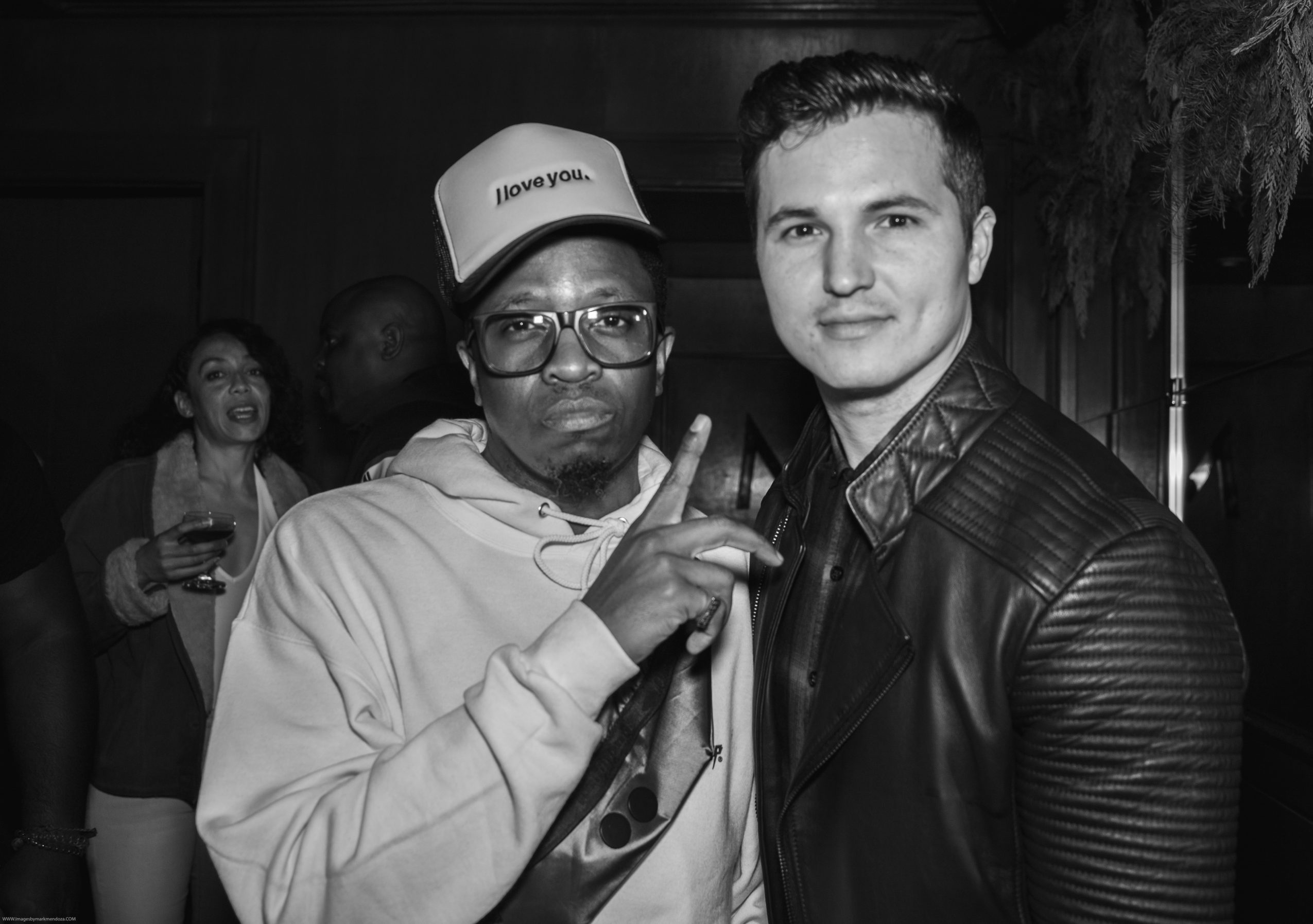 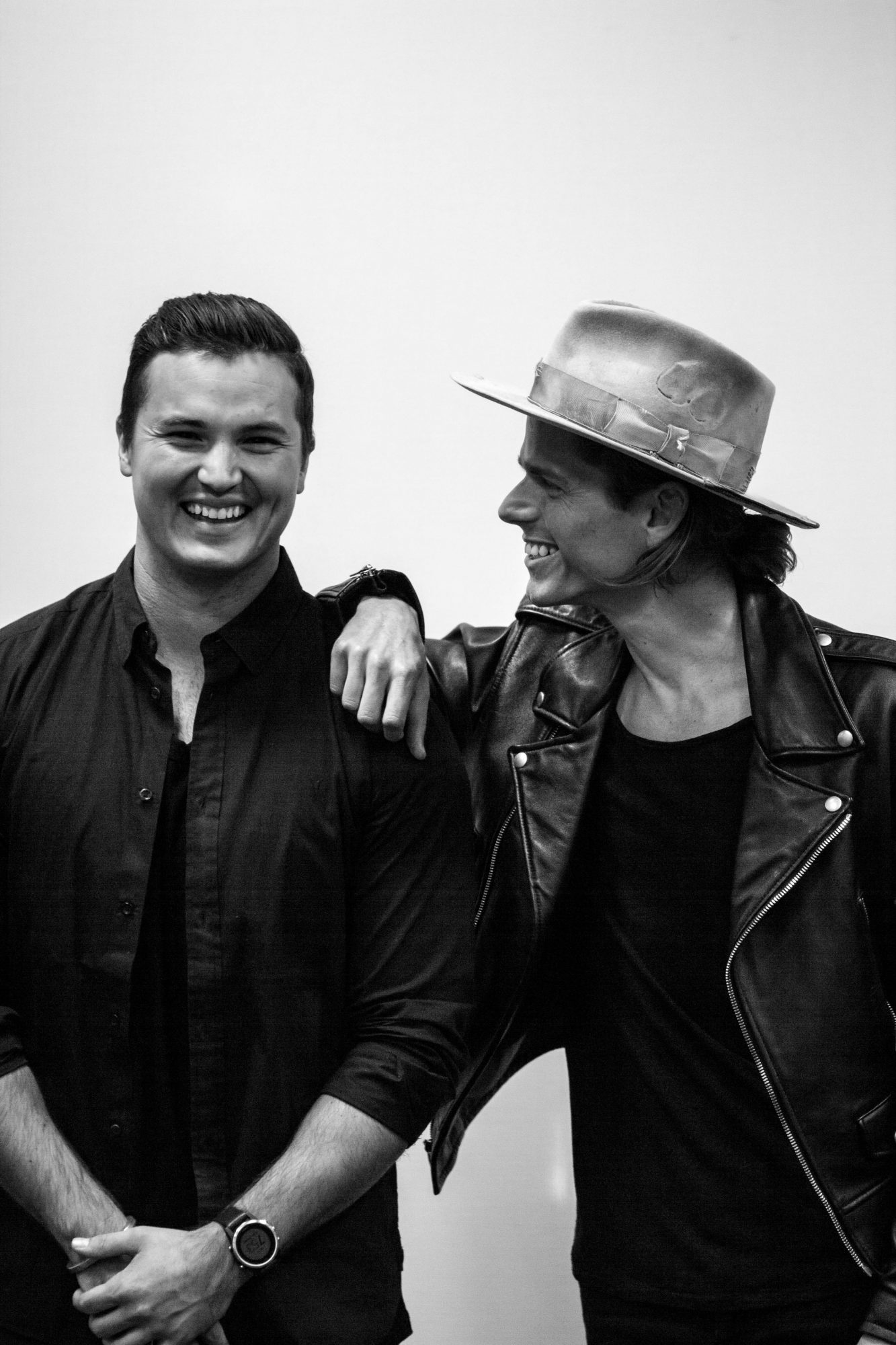