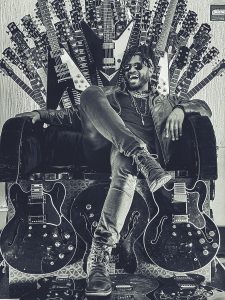 Today we’d like to introduce you to Drake Murphy.

Hi Drake, please kick things off for us with an introduction to yourself and your story.
I grew up in a musical family. My grandfather was an amazing pianist who grew up as an orphan on the streets of Eastern North Carolina. He told me that at nine years old, he would play piano in different bars around town for food and that they next to always paid him in popcorn. He went on to be an extremely successful businessman and musician. He had the first black-owned business, a piano shop, in Southern Pines NC.

The music that was in his blood trickled down into the veins of my father. Dr. Paul G. Murphy. He is an award-winning musician and composer who studied at UNC-Chapel Hill and went on to study composition at the prestigious Duke University. That brings us to my story. However, it would be very remiss of me if I didn’t mention that the same skill, passion, determination, talent, and love of music, fell into the bloodstream of my siblings as well. So when I talk about me, I’m talking about them too. I first fell in love with music as a young child. My mother and father would be in a different studio almost every night recording. While all of the other kids that came were playing games or shooting basketball outside, I found myself underneath the mixing board looking in awe at all the wires. That’s the earliest memory of falling in love I have. It would amaze me how my parents and their friends would come to the studio with no songs ready, only ideas. But by the end of the night, I would hear something that has never before existed.

The first time I experienced that, I knew that my life purpose is to create music. I indelibly believe four things. 1. Music is magic in the purest definition of the word. 2. Creation is the closest thing to God. 3. I and everyone else on this earth was given that gift of creation. 4. Every single moment in itself is perfect. Therefore I will never “wait for the perfect time.” My love for music has led me to study and play multiple instruments. My favorite instrument I play is the guitar. Acoustic and electric. The first instrument I learned was the piano at the age of 3. Then violin at 9. Trombone at 11, and guitar at 18. I always knew I would be a rockstar so when I was a kid, my parents got me a guitar for Christmas. In true rockstar fashion, as soon as I took the guitar out of the box, I took one good strum and smashed it against the pavement. That happened twice before they realized that they shouldn’t buy me any more guitars. How did I find my way back to the guitar? Well, a girl left me for a guitar player. My heart was broken, not because I thought she didn’t want me, but because I believed she left me because I didn’t play guitar.

That night, I went into the garage and found an old guitar with three strings on it., I took it into my dad’s studio and I didn’t leave until I had made a song with it. I quickly forgot about her because I had been reunited with a life long love. The guitar. I started singing later. First, I was a rapper. I taught myself how to rap because, in Addor North Carolina, where I am from, I could only find people who could write a hot 16. I wanted more than that. I wanted complete songs. I couldn’t find it, so I awakened that version of myself. Same thing with singing. Although, I had a friend who was in my opinion, one of the greatest songwriters that ever lived, David “DC” Chestnut. He recently passed away, but his songs, our songs, will live forever. So that is how I got my start.

Would you say it’s been a smooth road, and if not what are some of the biggest challenges you’ve faced along the way?
Even though I won the Carolina Music Awards twice, as “Best Rock Male,” it has in no way been a smooth road. I spoke of music as a gift in the last question, now it’s time to talk about the curse. I was blessed at a young age with the curse of knowing my life purpose. I call it a curse because there was no room for exploration. I knew what I wanted and I would not settle for less than that. The problem comes into play when you know what you want but you can’t find a way to make a living doing it. I’ll fast forward to 2018. I was dating a girl who in my mind, was good enough to settle for. She told me that she wanted a family and that I should get a “real job.” She convinced me to apply for a job at Walmart distribution in Fayetteville, NC. I begrudgingly went to the interview. I walked in and the trajectory of my life changed forever. I sat in the waiting room with my head in my hands, feeling like I was letting God down. Running away from my purpose in life because shit got tough.

All of a sudden, I heard someone call my name, I looked up and it was the hiring manager. My heart began to race as if I was at the bottom of the ocean with only 7 seconds of air left in me. He then looked at me and said “you’re different, what’s different about you?” I said, “Uhh, I play music?” He then began to laugh and said that everyone who applies for that job says they play music. He must have had time that day because he asked me to play him some of my music. I obliged and began to play him some of my music. He looked at me in astonishment and said, “you’re a real musician!” I said, “uhh yeah, I told you that I am a musician.” He replied, “so why do you want to work here?” I said, “because my girl said that she needs stability.” Over the next two weeks, we finished the application process. I thought I didn’t get the job because I didn’t know that it took a few weeks to get everything completed. So one morning, while in the studio, I get a phone call. It went like this: Ephrem: Hi, I’m calling in regards to the job at Walmart distribution. Me: Oh yeah, hi. Ephrem: I’m just letting you know that you got the job if you want it but personally, I don’t ever want you to see me again. Me: What? That’s a strangely specific choice of words. What do you mean, “You never want me to see you again”. Ephrem: Well the way I see it is, I am going to see you again. Either you can come in tomorrow morning and lift boxes for the rest of your life, or you can decline this job offer, follow your dreams and I will see you on TV. Which way would you like for me to see you? Me: Wow, I decline. Ephrem: Great to hear that, I’ll see you soon.

Right after that, I went through a breakup, obviously. It beautiful how pain produces things though. The pain of living a life that is not meant for me drove me to put myself on tour! I drove to LA and back with my friend Chaysen and we stopped at almost every rest stop along the way. I grabbed my guitar and sat out and just played for people. I called it “The Rest Stop and Coffee Shop Tour Of America.” It took us nearly a month. Not only did we play at rest stops, but we also went to all the major national parks along the way! This was a dream come true for me. When I got back to my house in Addor, I knew that my time there was up. A week after that, I packed up my car with everything that made a sound and everything I looked good in and drove back to LA, purely on faith, to live in my purpose and achieve my dream. So, even if there are major challenges and obstacles standing in your way, never give up on your purpose!

Appreciate you sharing that. What else should we know about what you do?
Besides being an artist, I am a producer, songwriter, session play, and vocal coach. I’m most known for my artistry though. I am most proud of winning the Carolina Music Awards twice for “Best Rock Male.” This one means the most to me because it’s my peers and fans in my state that won those awards for me! I’d say the thing that sets me apart from the rest is the fact that I have creative freedom and a very diverse background in musical genres. Also, I literally produce, write, record, mix, master, play all the instruments, and have nobody telling me what to do. That freedom is two-edged though. On one hand, I can release three albums, five singles, and an EP within a matter of 8 months. I did all that in 2020. But on the other hand, I can tend to be a bit all over the place. It’s great if you are as eclectic as me but can be confusing if you are looking for one constant sound. I’ll choose eclecticism every single time!

We all have a different way of looking at and defining success. How do you define success?
My definition of success is the ability to fully give to the world and society what God has placed in me. 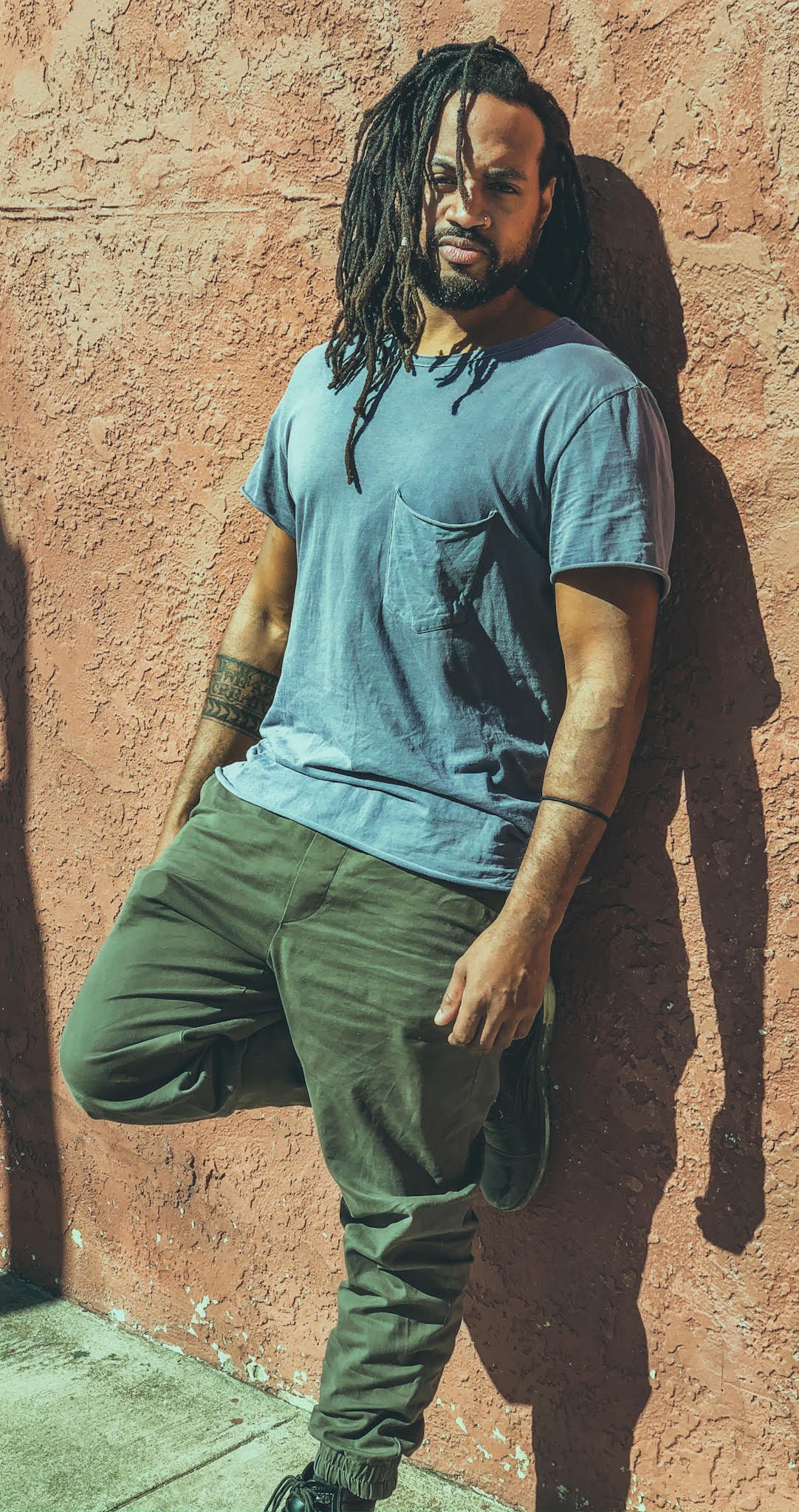 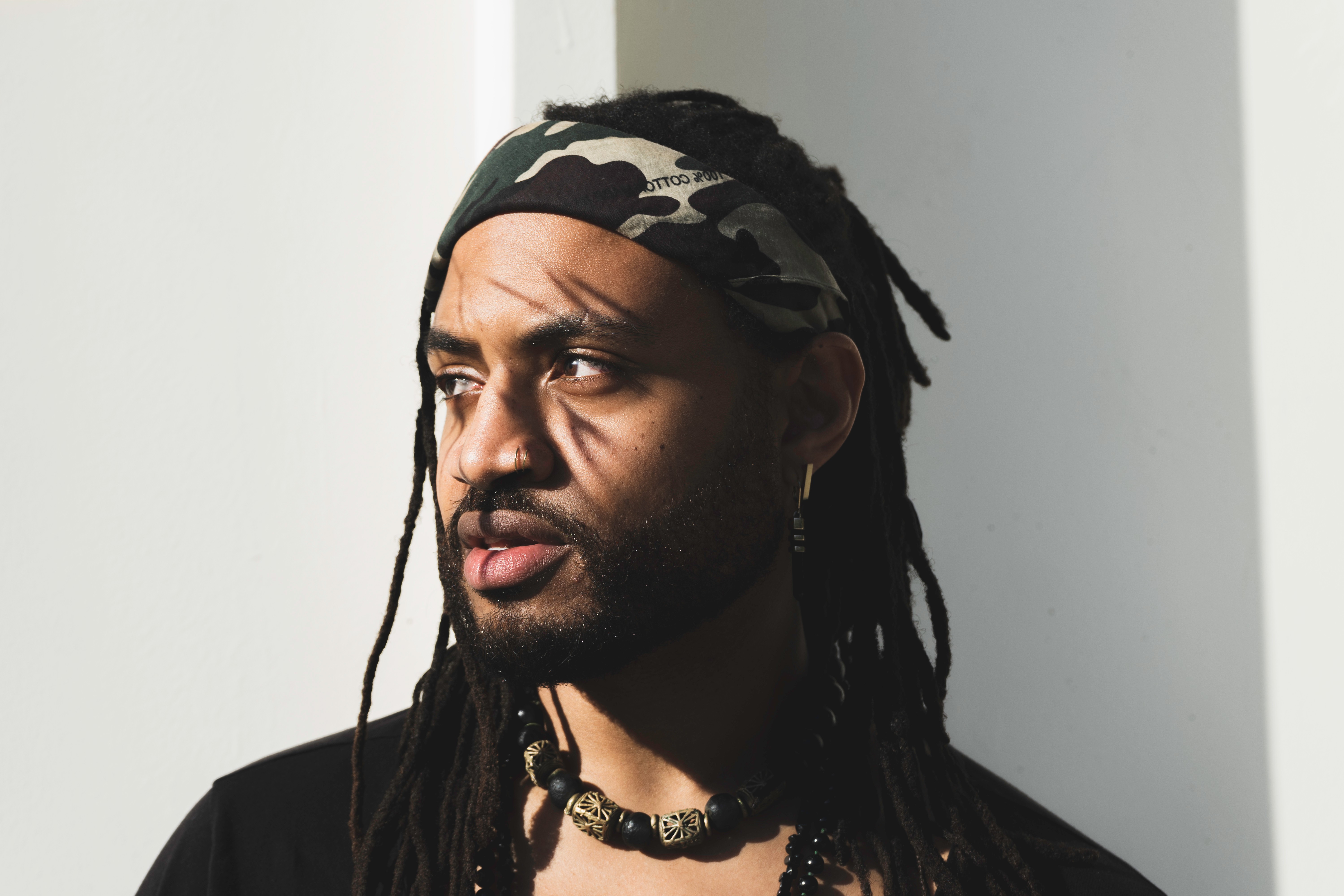 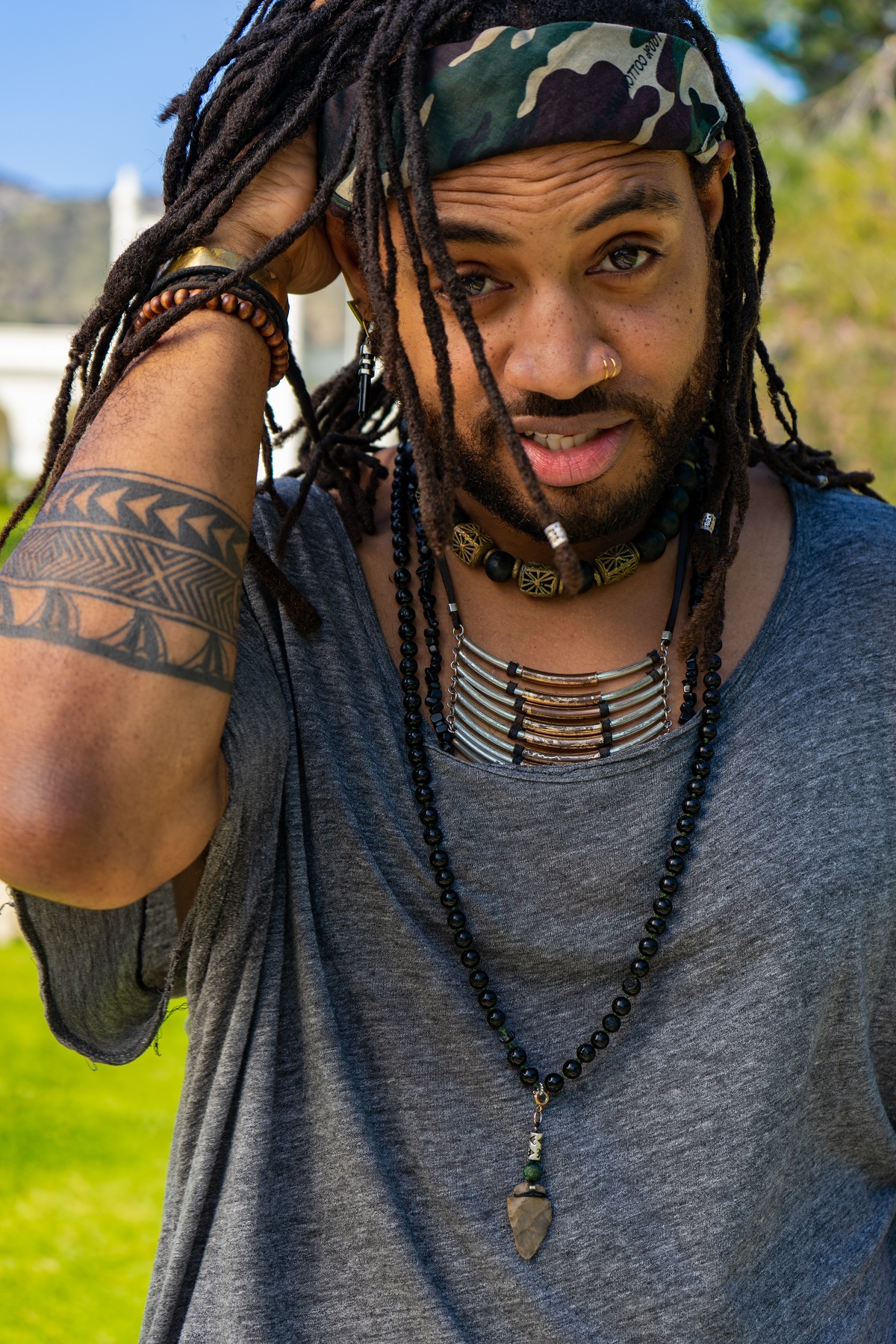 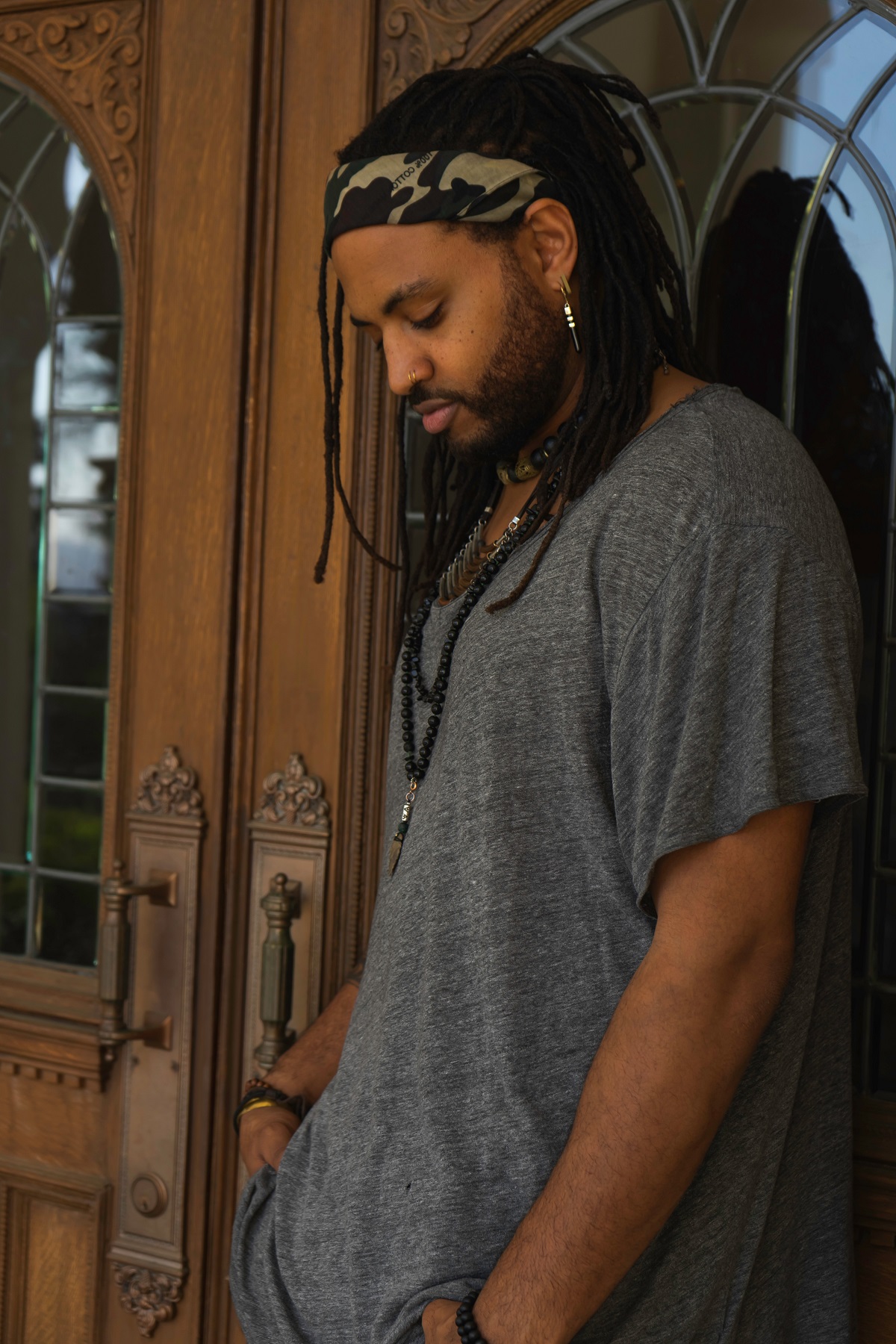 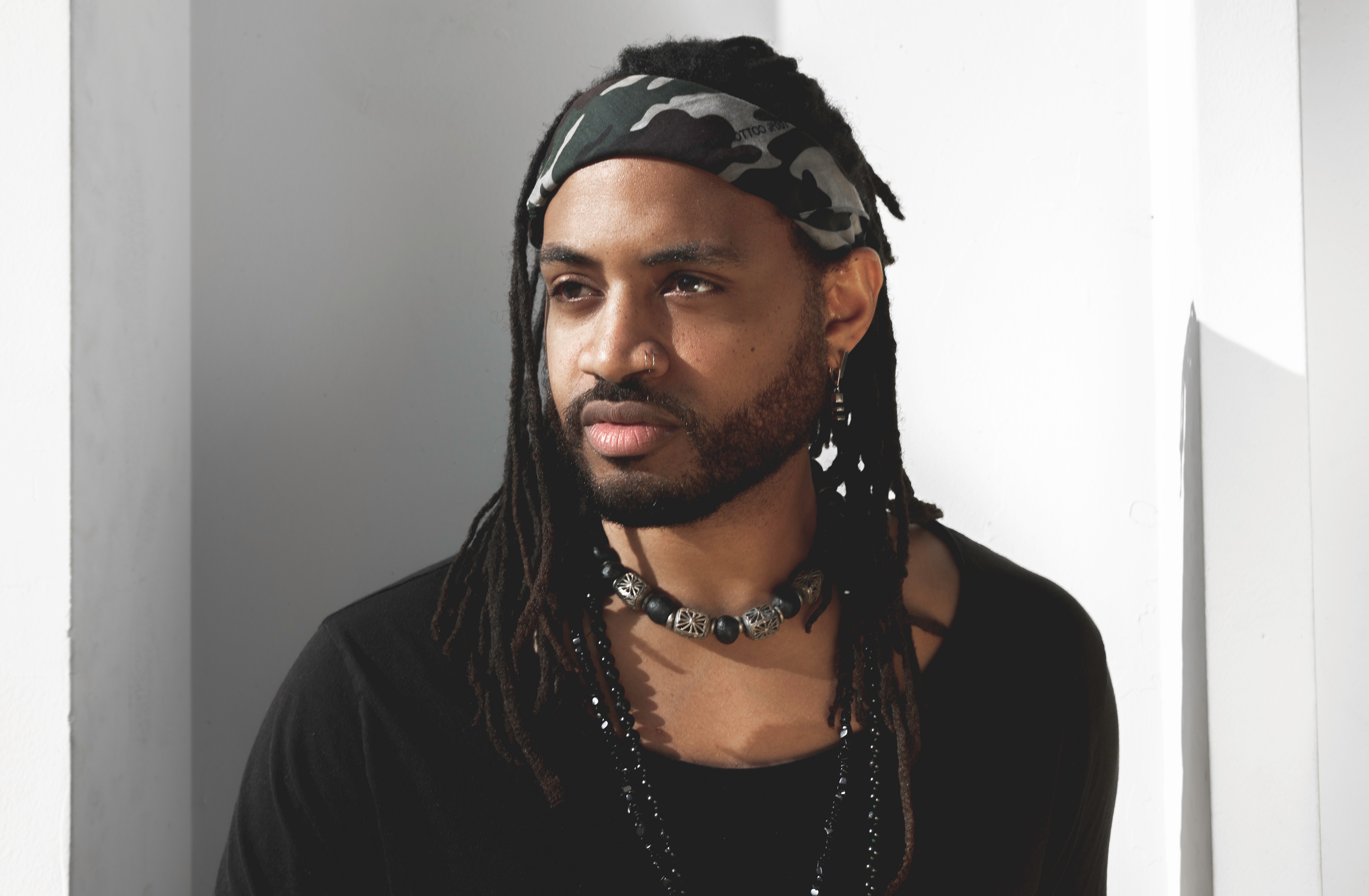 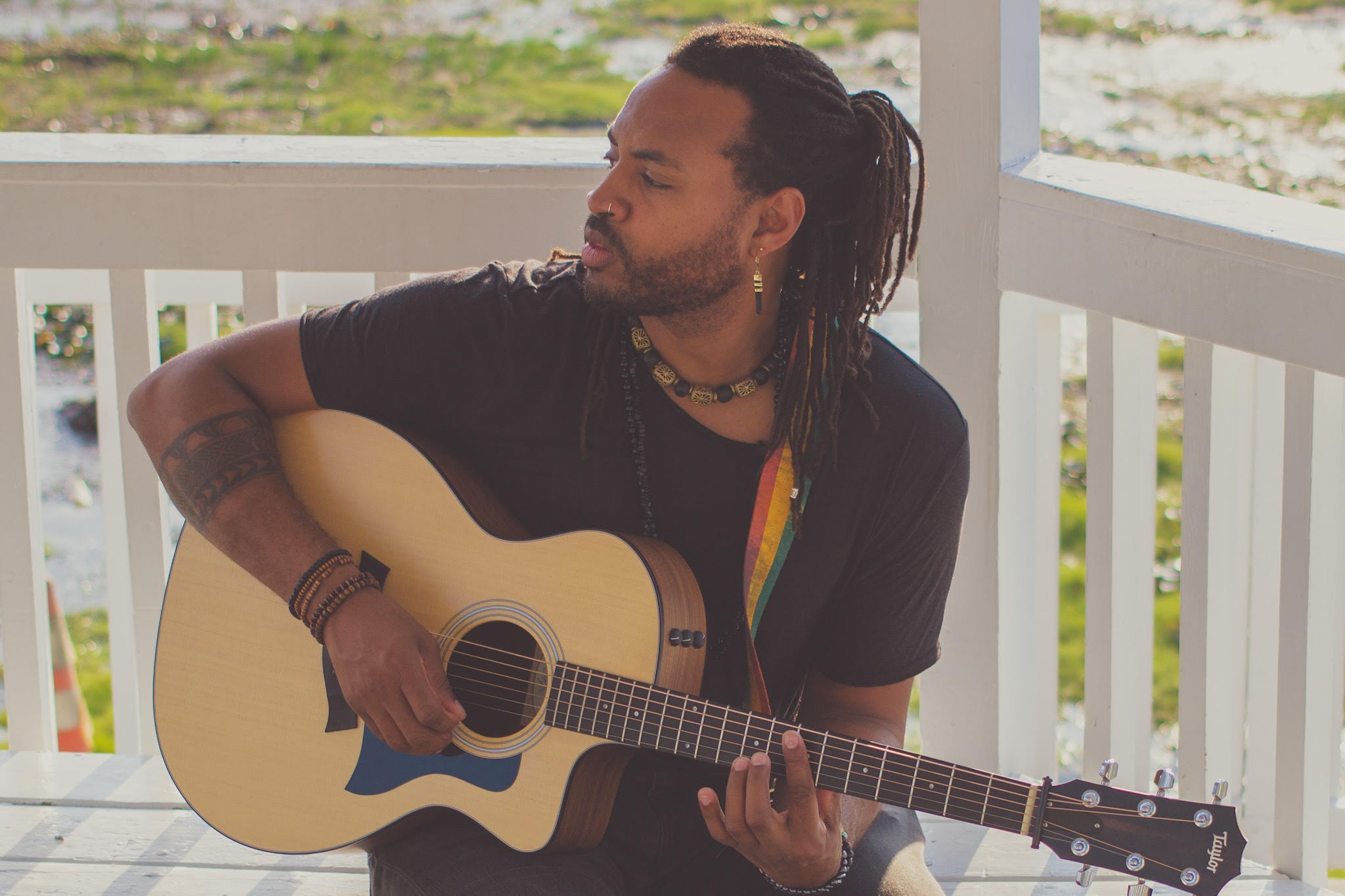