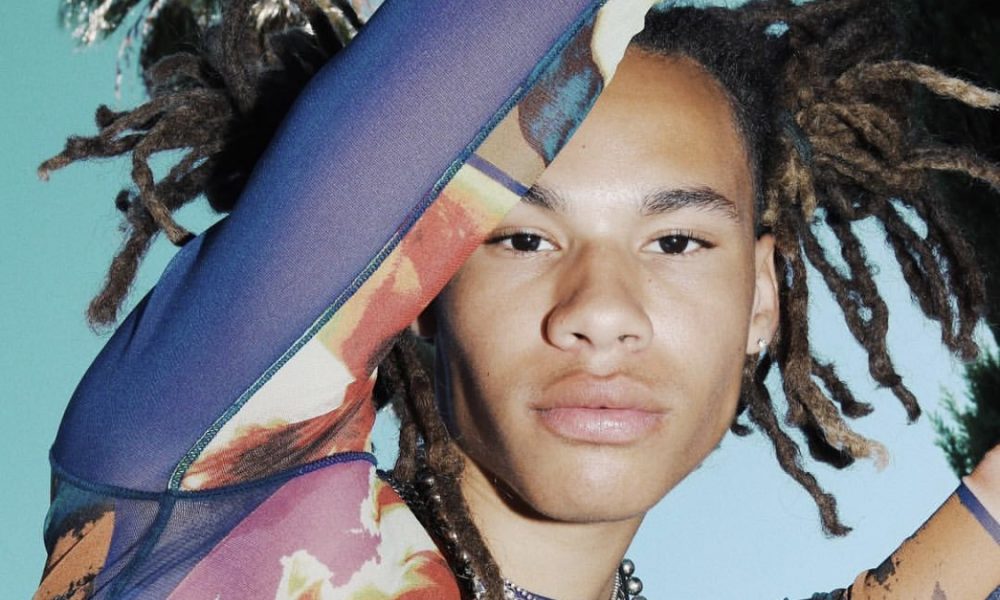 Today we’d like to introduce you to Drake Jazz Brown.

So, before we jump into specific questions, why don’t you give us some details about you and your story.
I grew up around the South Bay Area, Redondo Beach, Torrance, Lomita, PV. I’ve been around the arts since birth. My Mom is a fine artist who used to run an art school, I’d be running around age three painting all over canvases, while my Dad is a personal trainer who used to be a dj and a singer, with the literal voice of an angel. Growing up in this multi-talented environment, I feel it actually made it harder for me to stick to one thing. I tried every sport, I did parkour, I played trumpet, I skated, I surfed, I tried acting as a kid, but I could never stick to anything. I didn’t have an interest in modeling until I was in Junior year of high school.

Up until then, I was just this hyper kid with a big blonde fro, on the surf team, being class clown. I didn’t have a sense of style, really even a good sense of self at this point. I remember one day, one of my best friends, Ryzer, showed me a music video for The Weeknd. I hated it at first, I didn’t understand it, and within the next few days I started to become obsessed with it. I had never heard anything like it, how emotional, raw, confident it was. Sometimes you see something and it gives you this new perspective about how life can be lived, ya know? Another thing in this music video also stood out to me, a certain Supreme North Face jacket he was wearing. I thought wow nice jacket and I looked it up and it was something like $800 and I was like wtf? But at the same time, I was so intrigued.

I’m grateful for that introduction because it jumpstarted my love for fashion, which then caused me to discover this whole world of Instagram fashion kids and shit back then when it was really poppin. To me it looked so easy and cool, so my thought process was let me build this world on Instagram, start posting fits, and once you build a database you can drop anything and have an audience right? Clothes, music, art. So I started dressing different, blowing all my money on designer clothes and streetwear, I got dreadlocks, and suddenly I had developed my own image and style. All the sudden people called me “cool” or “stylish” for the first time in my life, but really it was just finding confidence in my self. I knew modeling was the next step, so with the help of my Mom who honestly acted as my manager at the point, we took some real basic pictures, got maybe one or two photoshoots as favors, and sent it out to the world and ended up finding an agency who wanted a meeting. And I got signed, that was 2016, and I’m still with them, DT model management, shoutout to them! Around this same time, I had taken a real interest in music and started messing around with friends making songs after school, just having fun.

After high school, I had already been modeling for two years, I tried college for bout three weeks but I dropped out because I was just traveling and making money. From there, I’ve been absolutely blessed to be able to support myself by modeling, being able to travel and meet so many people in places like NY, London, and Paris, walking for shows like Moschino, and Casablanca, shooting for publications like Vogue and Elle magazine. But a wise man once said don’t get lost in the sauce hahaha – so throughout this journey, I’ve always kept in mind that this is all part of a plan that I made in high school, build the platform, so I can release the art. Modeling is amazing and a cool job but it’s far from stable and realistically, you have maybe a 5-7 year career span, unless your Naomi Campbell or something. I’ve reached this point in modeling where it’s time to take it to take some risks, get out of my comfort zone, which is exactly what I plan on doing. The thing is this entire time I’ve been modeling, I’ve been working on music constantly, specifically learning how to produce, because you can only use YouTube beats for so long, and I’m someone who likes to do things by myself.

So in the last year, I’ve finally gotten to the point of releasing what I’ve been making and following through with my high school plan. And now it’s like, I have all these stories and things I’ve lived through in the modeling world that I can take from, so my music and art has reached a level I’ve never reached before, it’s real. And what I’ve learned is it’s not about the level of production but the originality that you can bring, and for the first time that is something I have found with my release of IN MY SLEEP.

We’re always bombarded by how great it is to pursue your passion, etc – but we’ve spoken with enough people to know that it’s not always easy. Overall, would you say things have been easy for you?
No road to success is smooth. From the start, there are people that just don’t get it. They don’t get the clothes, they don’t get the culture or the music. They don’t get your look. As long as YOU get it, and have confidence in what you’re doing, those types of critiques should mean nothing to you. The hardest obstacle is rejection. I got rejected from probably 20 agencies before getting signed, and I’ve still gotten rejected from so many after. Getting on hold for a job and then not getting it is always rough, which is basically saying we want you but we chose this other person over you. Modeling is a mental game, it can break people who can’t handle that kind of comparing, judgment, or rejection.

Apart from modeling a huge obstacle for me right now is just getting people to listen to the music, or to look at my paintings, to be appreciated as an artist especially coming from a background of modeling. Modeling is extremely superficial, so it’s hard to come out with art and be like “yo! I made this!” When people only know you for your face. But once again, it’s just trust in yourself, if you make something worth listening to, it will be heard. I guess another obstacle is being put into a box, as a mixed race with dreadlocks, I can’t tell you the amount of times I pull up to a casting and there are 30 other light skins with dreads, that shit can really mess up your mental when you begin to just feel like a number in a system.

We’d love to hear more about your work and what you are currently focused on. What else should we know?
I am a singer/songwriter, producer, painter, and model. I am mainly known for modeling for companies like Nike, Adidas, Moschino, Vogue, Elle, Riot hill, and Casablanca. I just released my debut single IN MY SLEEP, which was fully produced by me. I have more music ready for release, which I can’t wait to share, as well as some exciting visuals for the future. I’ve also recently begun to show my paintings to the world, I paint abstract/contemporary art, which are for sale on my website. Before the year ends, I hope to show them in a gallery.

Has luck played a meaningful role in your life and business?
I went to Barney’s for some fashion event in 2018. I was running around, getting free drinks with my friends when a lady told me I should meet Jeremy. I was like Jeremy who? She said “Scott”. She told me to come back in 15 minutes so I did and lo and behold Jeremy Scott is there doing a meet and greet. I spot her and I’m like, what should I say? So she introduced me, we had a small talk, nothing special, didn’t even exchange contact info. But a week later, my agent calls me and tells me I’m confirmed for the Moschino Resort 2019 show. Turns out Jeremy Scott had searched for me and found me after he met me. Was it luck to be there at just the right time? Was it luck he was able to find me? Or was it just putting myself where I needed to be? You tell me! 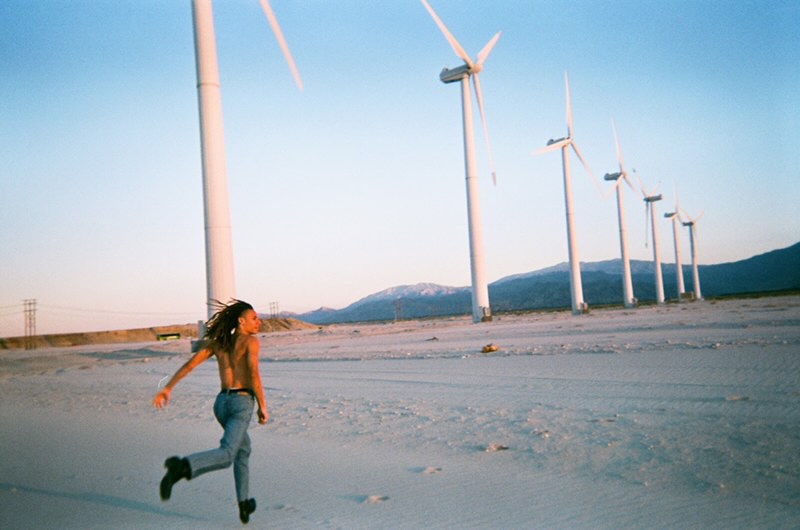 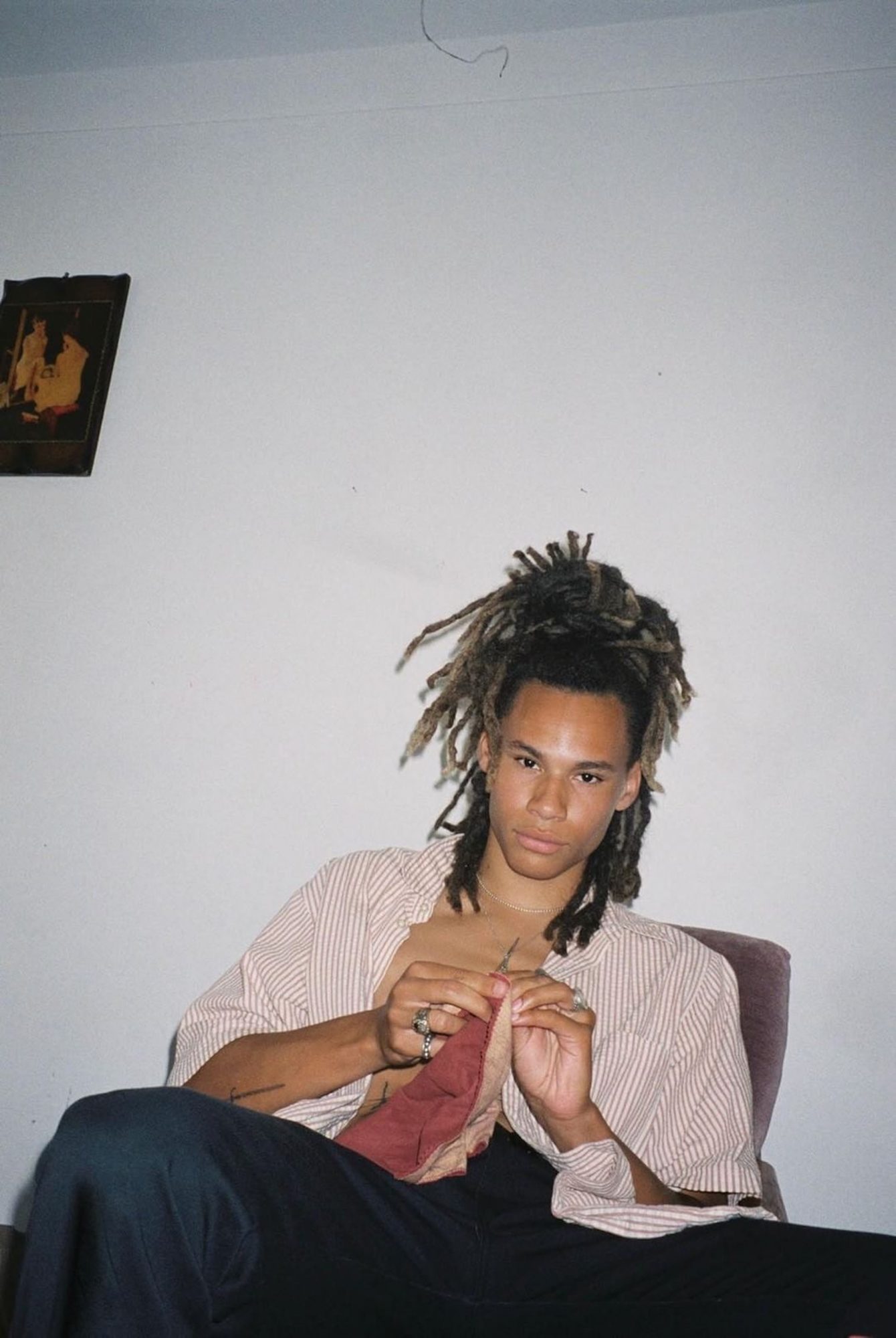 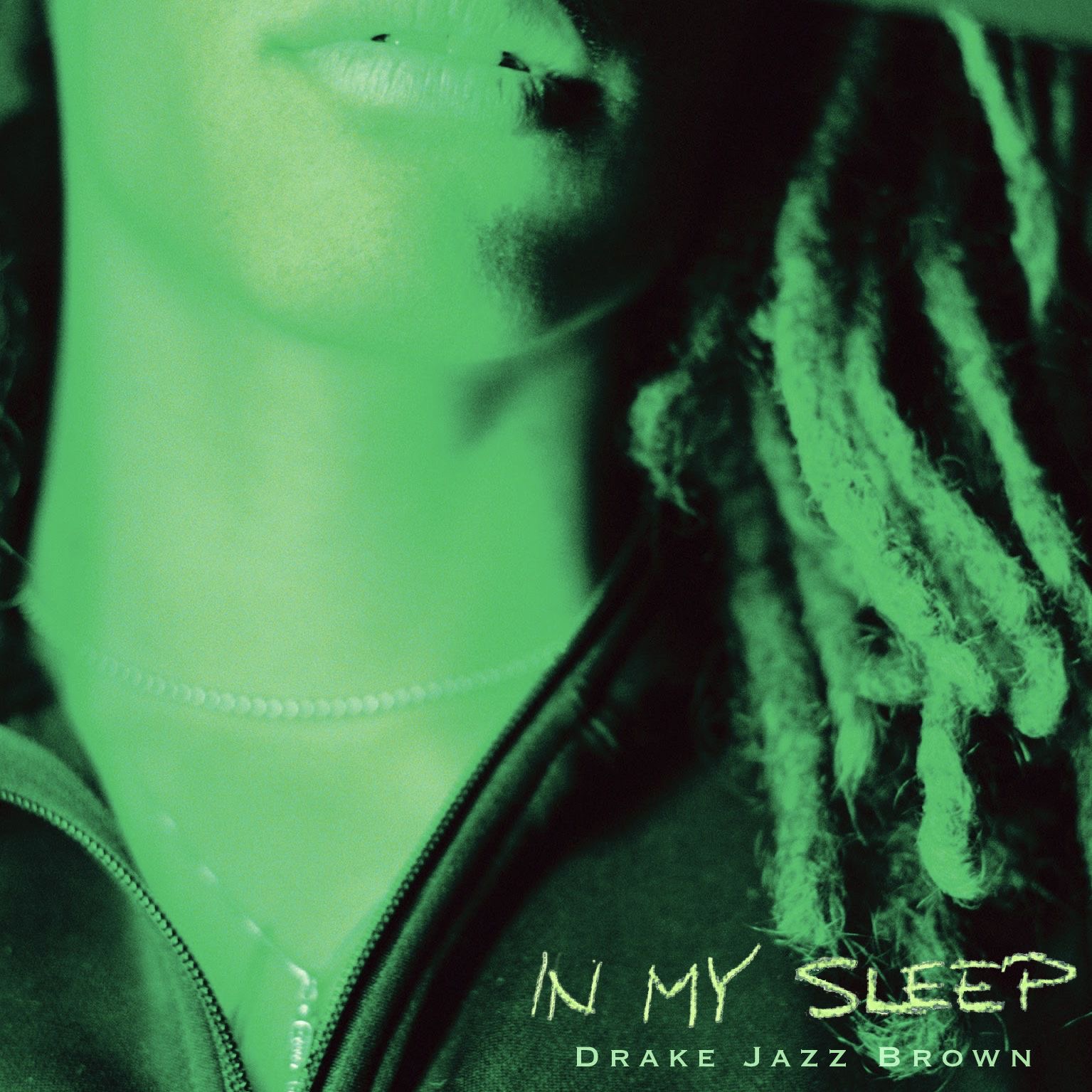 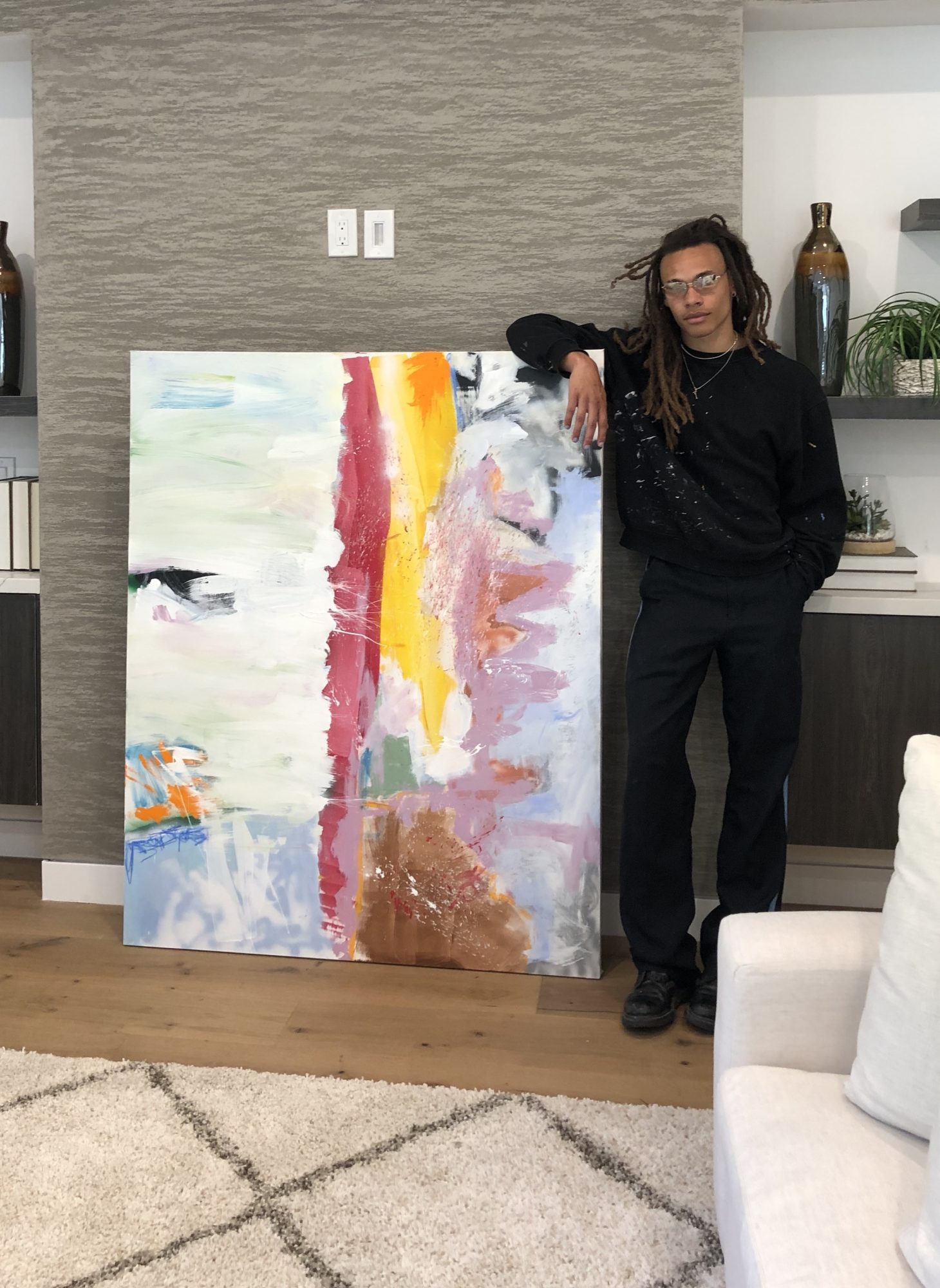 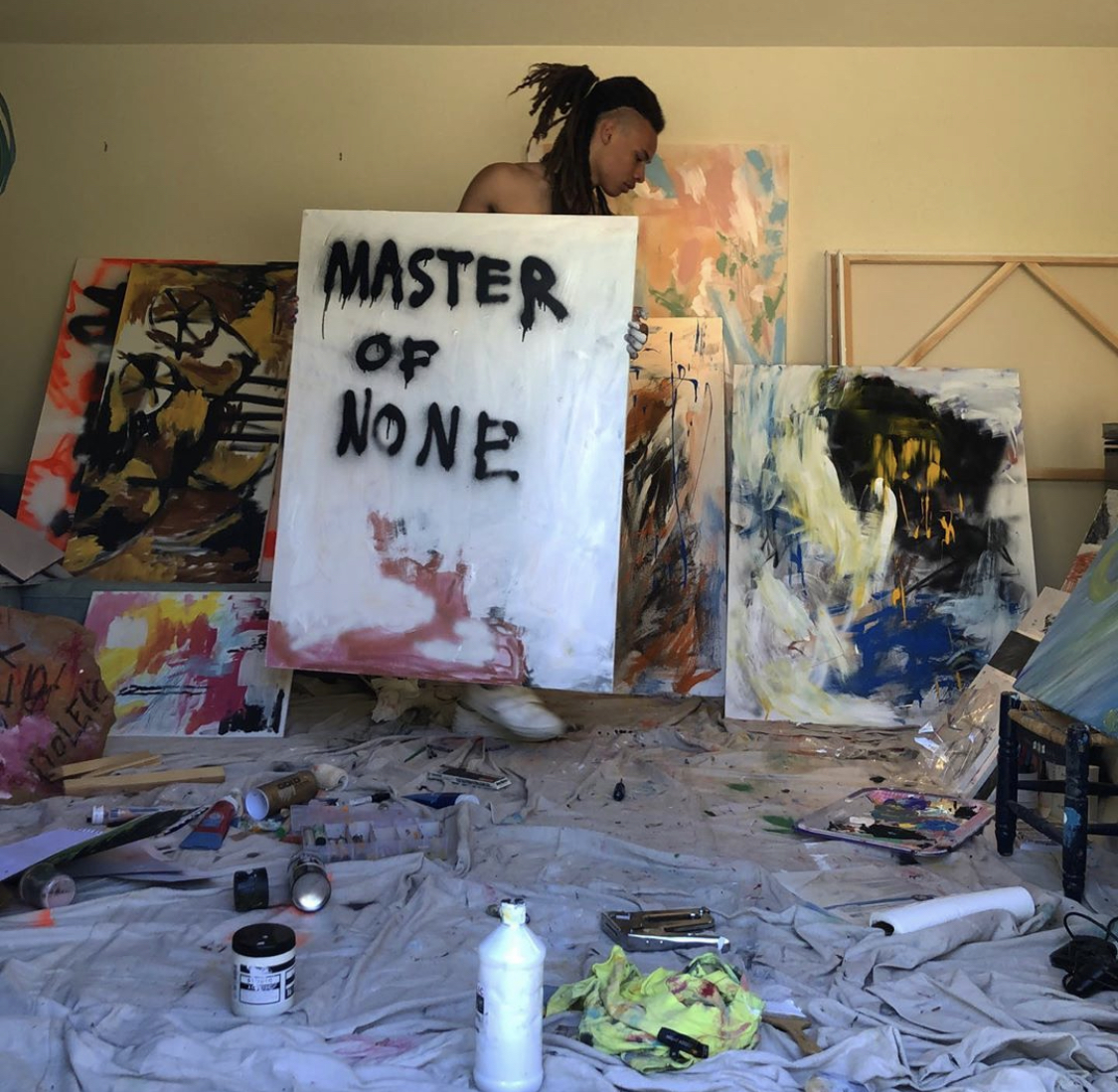 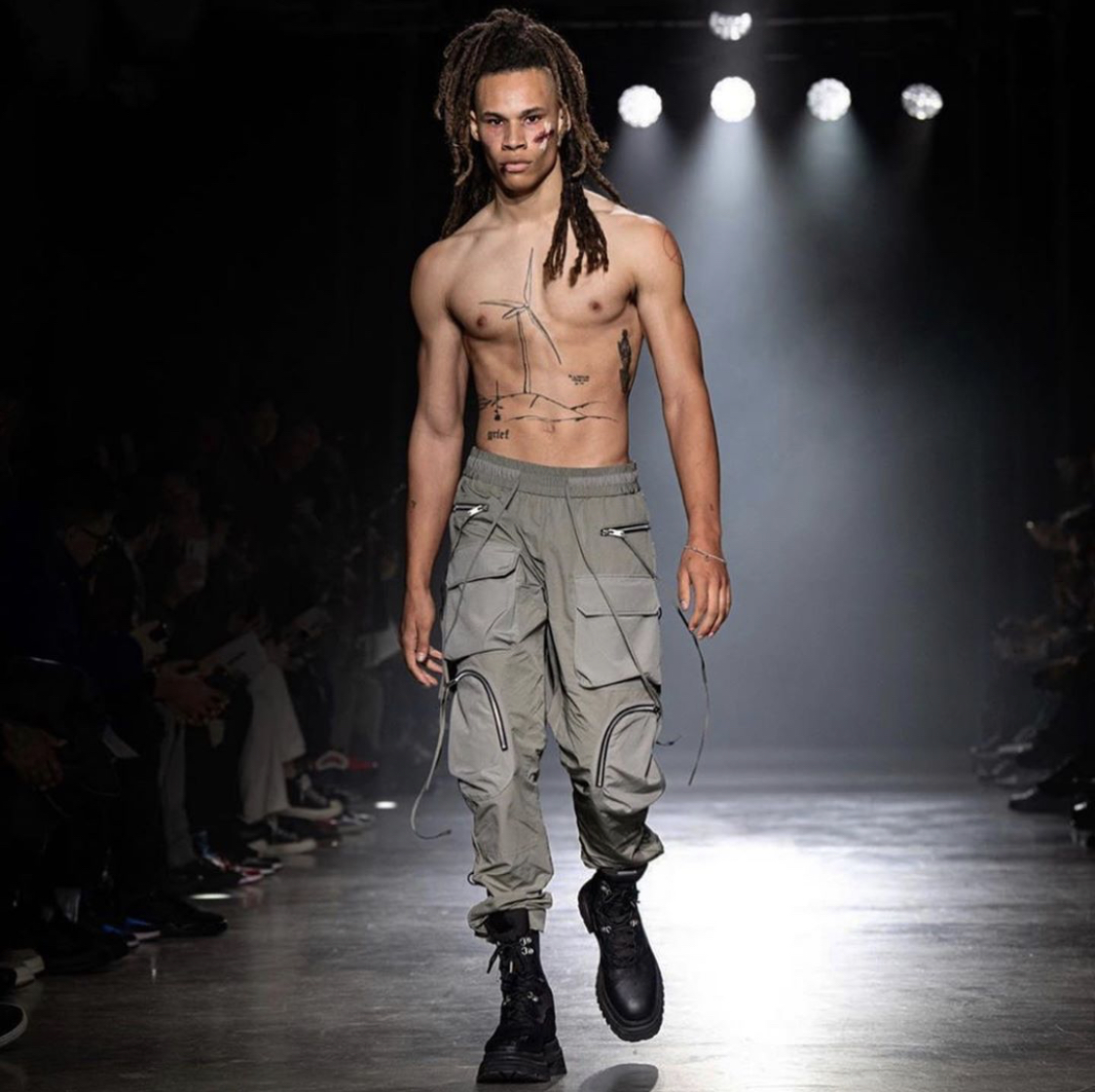 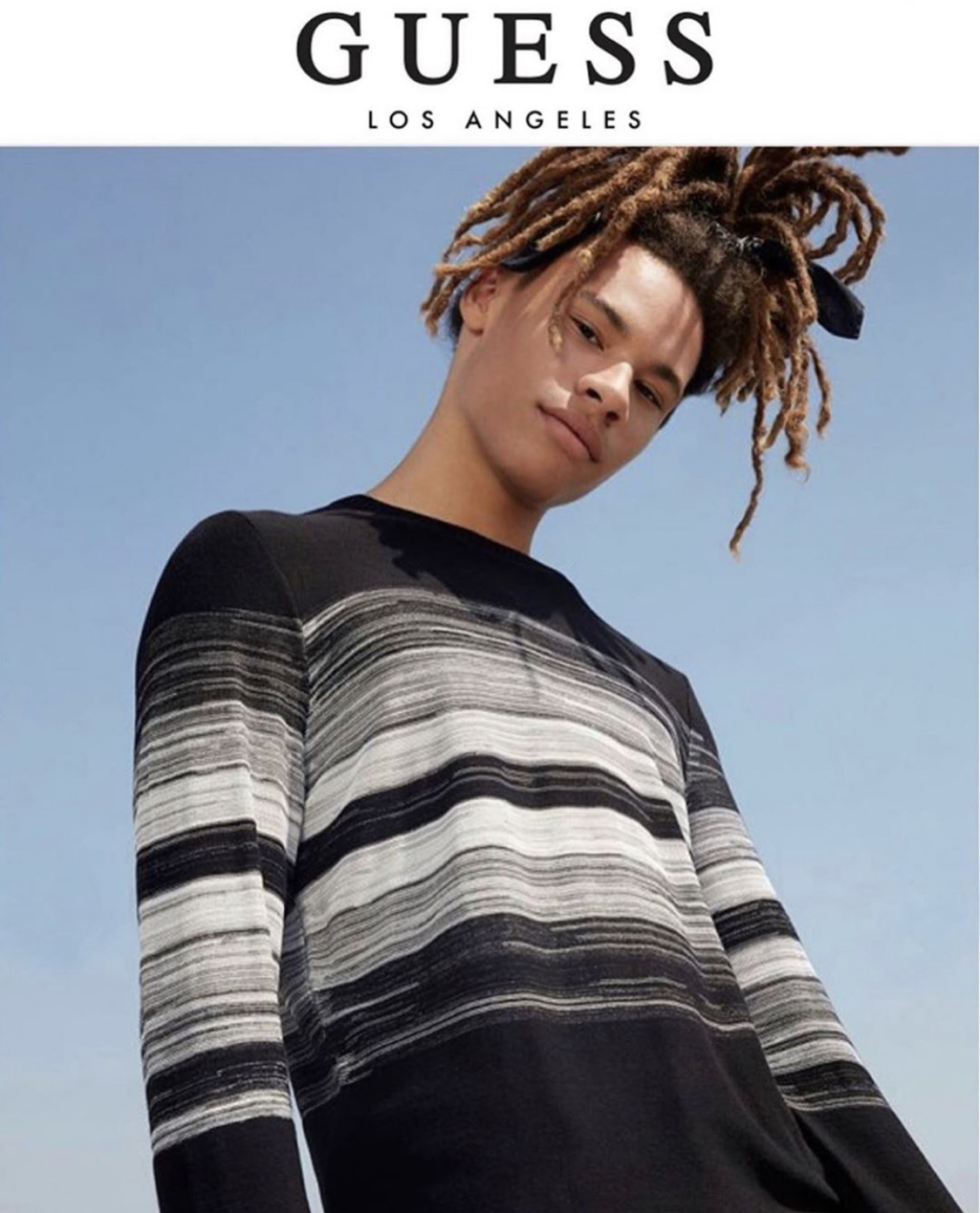 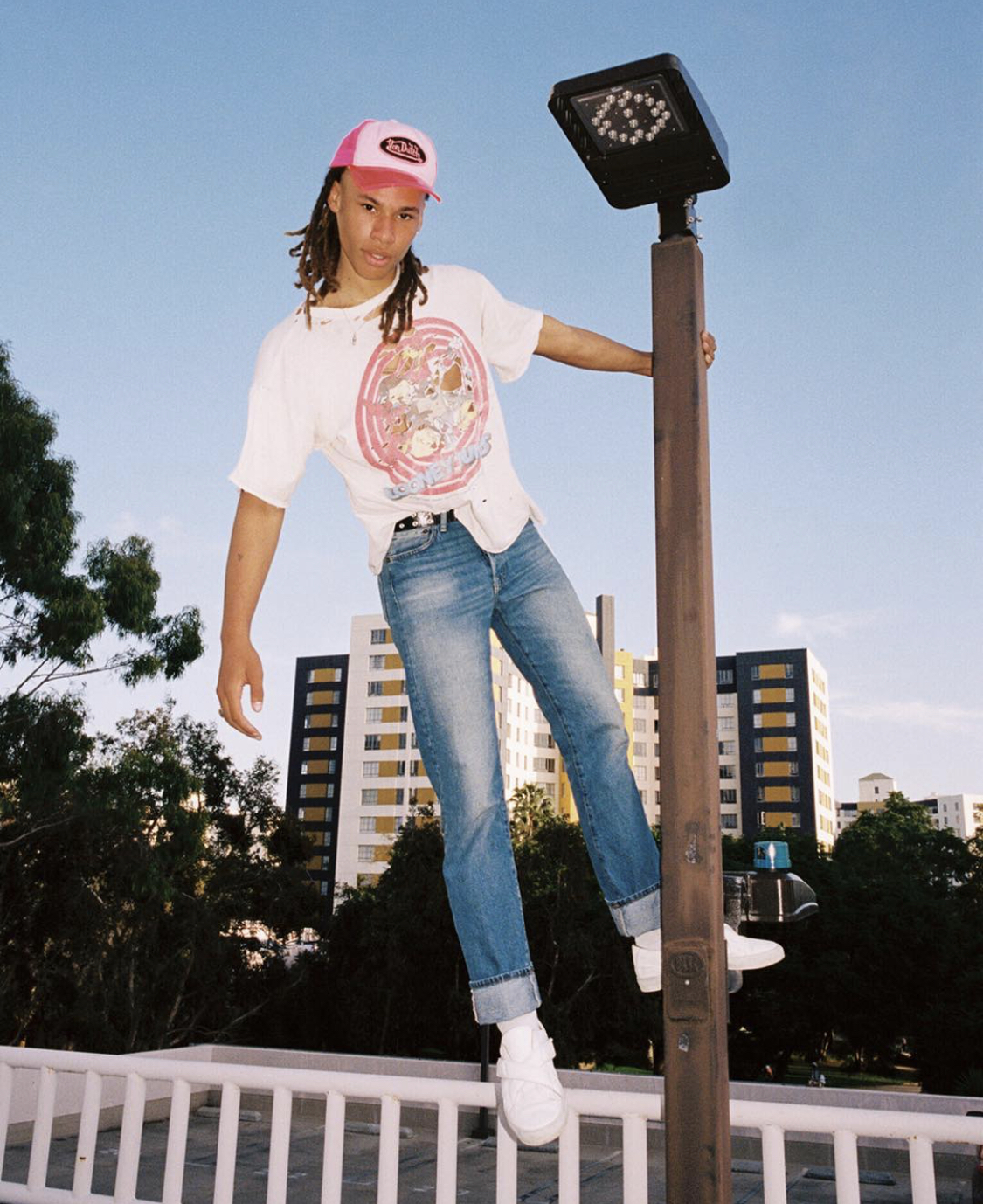