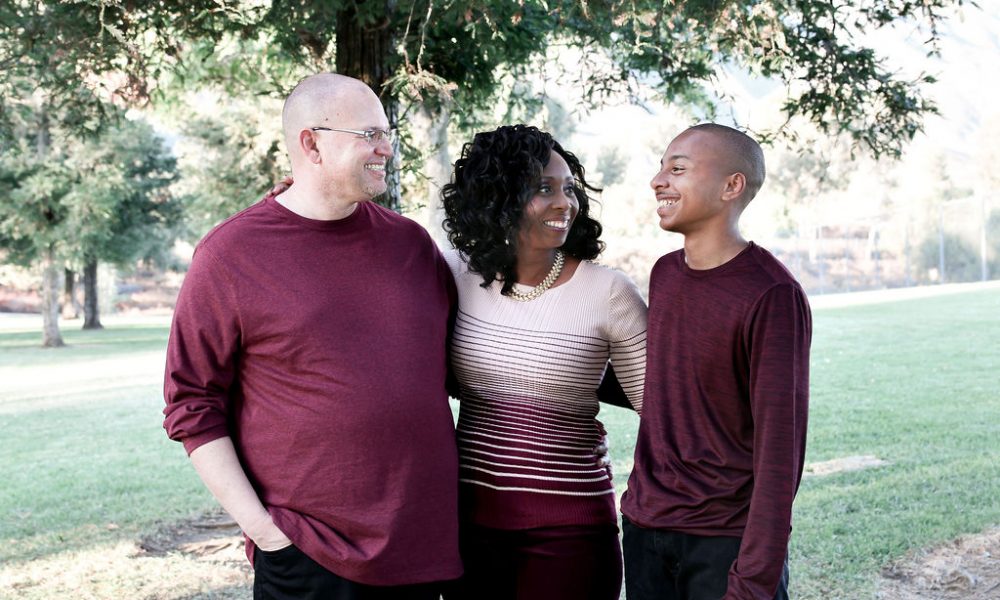 Today we’d like to introduce you to Dr. Angela Sadler Williamson.

Thanks for sharing your story with us Dr. Angela. So, let’s start at the beginning and we can move on from there.
“Dare to Walk My Legacy” – This is the perfect way to tell my story and it’s the keynote address I delivered at Kate Butler’s “Dare To Dream Live” Conference on August 17, 2019 at the Hotel DuPont in Wilmington, DE:

I was surrounded by darkness. To my left – darkness. To my right – darkness. In front and behind me – darkness. I was buried alive and I couldn’t reach the ledge to get out of the pit I had purposely stepped into. It didn’t start out that way when I left my full-time position at FOX TV in LA in 2007 to start teaching in higher education to fulfill my dream of being a tenured professor.

It started slow – first to my ankles with every rejection letter from colleges and universities I applied to. Then to my knees as I started to feel the oppression from not belonging into the career, I most desired. It moved higher to my waist as worthless feelings started to control my life of not being “good” enough to get full-time employment.
Finally, in 2014 pessimism took over and I was buried alive in an emotional pit of my own making. After seven long years – I finally received a thin lifeline. So I grabbed it! It wasn’t the opportunity I was looking for, but after seven years of applying and not getting a position in higher education – it seemed like the next best choice – a job position with an Orange County Mortgage Company managing their digital media. For me, it could be the next best thing because my dissertation focused on older adults learning social media and I would be working with mortgage professionals in this age range – I rationalized it.

However, I taken a lifeline that not only left me partway in my pit but after three months, I was right back where I started – buried alive. The pessimism turned into depression then. I was completely jobless with nowhere to go because I left my full-time job after only working there for three months. And just when I thought it couldn’t get any worse – my father-in-law would call my house and ask for my husband to come over because he just didn’t feel well. He would pass away from congestive heart failure three weeks later.

In March 2015, my husband asked me to plan his father’s memorial service – it would be a small lifeline that would change my entire focus. I’d create a memorial video using my love of video production and in telling his story – I then realized that I should be telling another person’s story – the true story of our cousin, Rosa Parks. Using my aunt Carolyn as my muse, I would embark on a 2-year journey to bring one of America’s most beloved icons to a mass audience.

The first lifeline I used was self-serving and did nothing for my life’s purpose. When I used the lifeline that took the focus off ME and focused on OTHERS – it’s when I slowly started rising above ground. When I made the final step out of my emotional pit of despair I was still wobbling and needed to find something to steady myself.

So in April 2015, I decided to move forward and create this documentary. I was thinking about doing most of it myself; however, one book would change the entire trajectory of how this documentary would be made – A 2014 NAACP Image Award-winning book entitled, “The Rebellious Life of Mrs. Rosa Parks” by Dr. Jeanne Theoharis. Dr. Theoharis’ book provided new insight about our cousin Rosie and supported all the stories I heard about cousin Rosie over the years – not by historians, but by family members. I sent Dr. Theoharis an email and to my surprise she emailed me back and accepted my request for an informational interview. After almost eight years of hearing “rejections” I was now hearing “acceptance” this was my first step in backing away from the ledge of my emotional pit.

Then my friends who still worked in the entertainment industry came on board to lend me their talents – the Toms, two different people, but equally as talented became my director of photography and editor. My friends Angela and Richard worked on the audio – and these were the biggest parts of my production. My Aunt Carolyn gave me a list of people I could interview and include in the bus scene at the Henry Ford Museum in Dearborn, Michigan, and last but not least, Dr. Theoharis agreed to be part of the documentary. It was these several acts of kindness that started to take away my feelings of oppression – keeping me steady as I moved through this journey.

Production for “My Life with Rosie” was in October 2015 and we hustled. Since we all had our “day jobs” including my son, who was just a 7th grader, we had three days to shoot in New York, Detroit, and Canada. Working with Tom, the director of photography, my family, Geoff and Noel, we became a well-oiled machine to get the job done. I was feeling worthless for so long that I didn’t notice that I was starting to feel my life was meaningful again as I was collecting these powerful stories about cousin Rosie and my aunt Carolyn’s community service.

And the kindness kept coming, like the skycap at Southwest Airlines in Newark who helped us get all our video equipment on the plane and avoid extra baggage fees. It’s one thing to have people who you’ve known for 20 years be kind, but when you have people you don’t know go out of their way to help you – it’s more – it’s the “optimism” that I needed to quiet the “pessimist persona” I had used as a cloak around me.

I used all the footage from our field production and spent two years in post-production with Tom, the editor. As we were completing the documentary, Tom, Dr. Theoharis, and my music composer, Cathleen, strongly encouraged me to submit to film festivals. After doing some research, I started submitting “My Life with Rosie” to film festivals in November 2017. It was accepted into the Culver City Film Festival in December 2017 and won the grand prize for documentary film.

My second lifeline was keeping me steady by enlightening a new generation of people about the Mother of Civil Rights Movement and the woman who loved her enough to carry on her legacy, my aunt Carolyn. This life-changing endeavor led to 17 film festivals and winning 16 awards. However, I still wasn’t experiencing the “peace” I needed to dare to walk my legacy. It would come in March 2019 while participating in a student-led panel discussion at Iowa Wesleyan University. A very enthusiastic student moderator for this panel said her participation on my panel was the highlight of her college career. Finally, the light destroyed the darkness that started over ten years ago.

Since being on the film festival circuit, I was meeting students like the student from Iowa Wesleyan University and didn’t realize I was limiting my professional scope on educating college students. The light came when I accepted that I was educating young people by bringing them women’s stories that uplifted, empowered, and motivated them to shape their own legacy.

The first lifeline didn’t work and only dumped me further into my emotional pit because it simply wasn’t my legacy I was supposed to leave on this earth. It’s only when I grabbed the second lifeline that led to serving others with my talents and abilities that I dared to walk my legacy. Our legacy is to pay if forward like my cousin, Rosa Parks, when she didn’t give up her bus seat on December 1, 1955 in Montgomery, Alabama and like my aunt Carolyn, who continues to serves the city of Detroit with grace and humility in honor of our favorite cousin, Rosie – who is America’s true light.

A second struggle has been learning to navigate through the politics related to working in higher education.

A third struggle was at the beginning of my film festival run and learning how to apply to the right film festivals that would fit the premise of “Rosie”. Luckily for me, I found some talented women filmmakers who were so helpful during this process.

The fourth struggle has been getting “Rosie” on PBS. It has already be rejected by the Orange County PBS station and it would be nice to have it airing on a PBS station in 2020 since it will be the 65 anniversary of the Montgomery Bus Boycott and my children’s book will be released in 2020 based on the “Rosie” documentary.

The last struggle, which is typical for independent filmmakers, is funding. I am working on my second documentary in honor of the 100th anniversary of the women’s suffrage movement and finding funding is always a challenge. I am set to start production in March 2020 in Iowa and so far, my only funding will be coming from speaking/screening engagements, my children’s book & Women Who Illuminate book sales. Hopefully, more funding will be available to smaller independent filmmakers, especially women filmmakers, in the future.

We’d love to hear more about your business.
What sets my production company apart from other production companies and I only produce films that celebrate women who overcome through extreme obstacles. I feel these women stories are important to our society and I am so honored to be the storyteller to produce these stories. Luckily for me, two out of three of these subjects are related to me. I feel like a very lucky girl! 🙂

Rosa Parks “My Life with Rosie” (my cousin through marriage is a documentary currently available on Amazon).

Arabella “Belle” Babb Mansfield “Peeling the Layers of Belle” (working title) – Not a cousin, but I received an award in her honor. This documentary is set for production in Spring 2020.

Christine Sadler Coe – My cousin (through blood relation) – A production date hasn’t been set yet.

Is our city a good place to do what you do?
Absolutely! Los Angeles is the perfect place for independent filmmakers and educators. I belong to the Writers Guild of America which is located next to the Grove and Farmer’s Market in LA. Our Writers Guild Theater is located in Beverly Hills. I am an adjunct instructor in Los Angeles and Orange Counties. 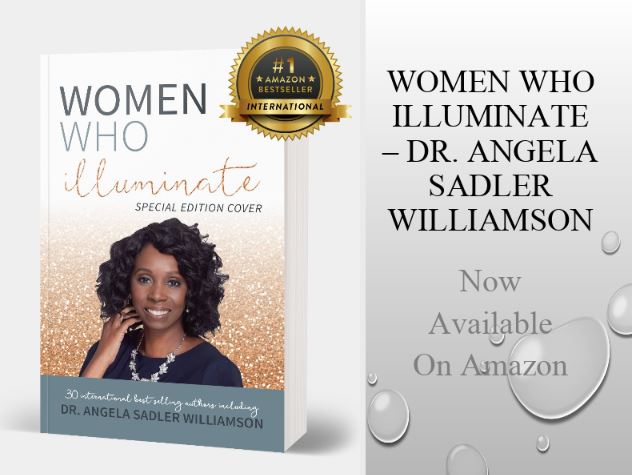 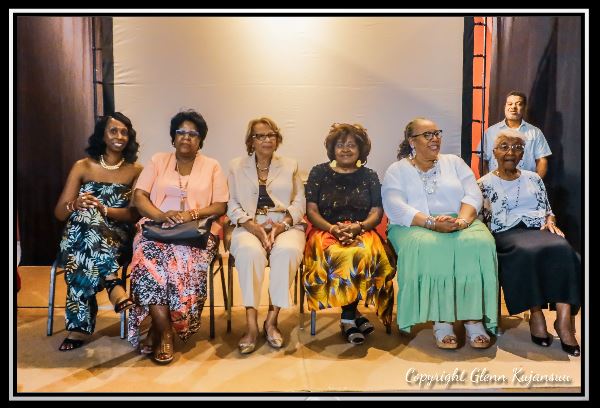 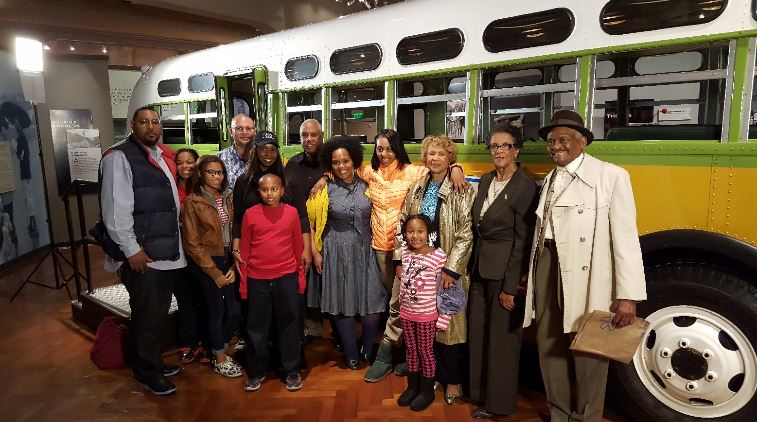 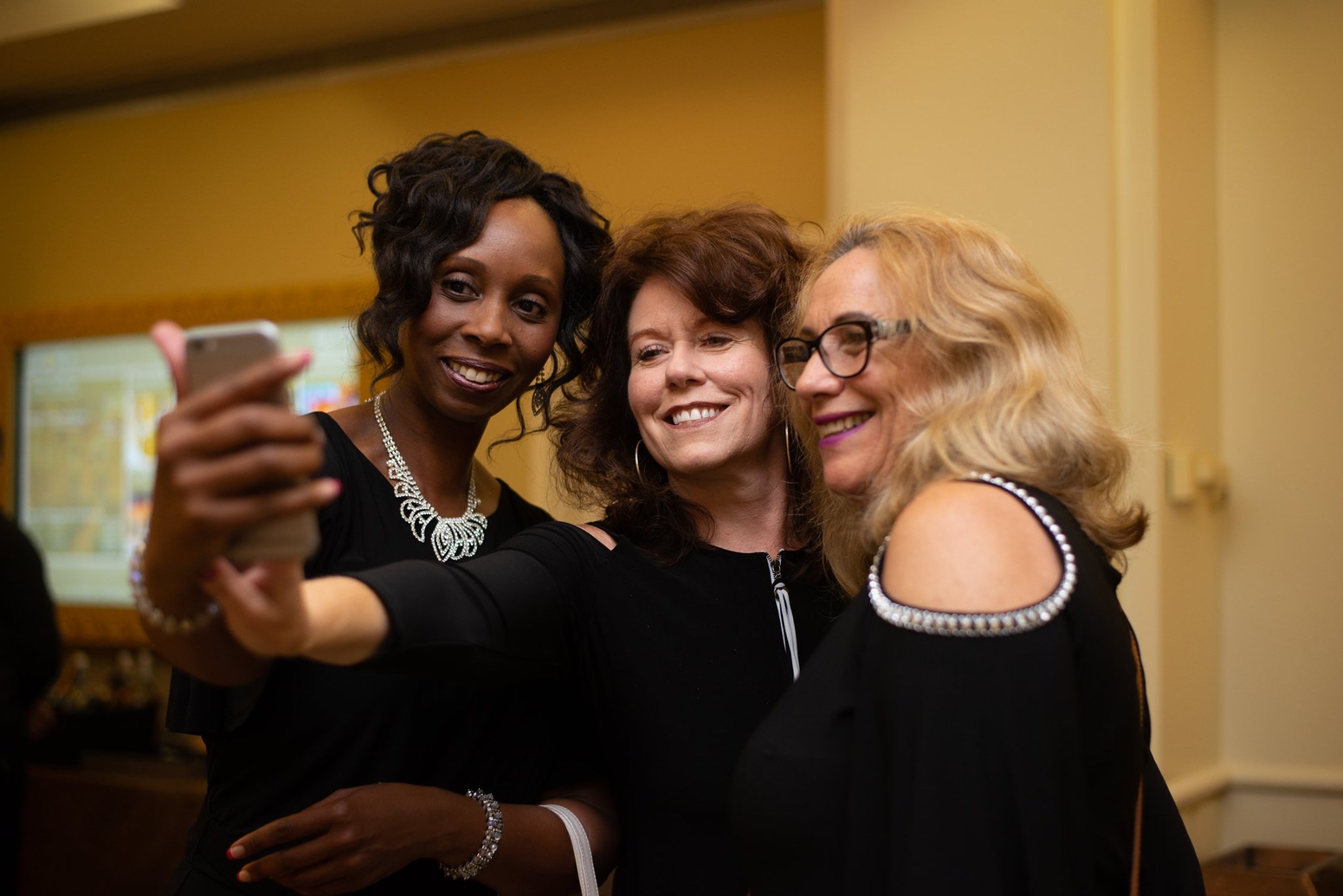 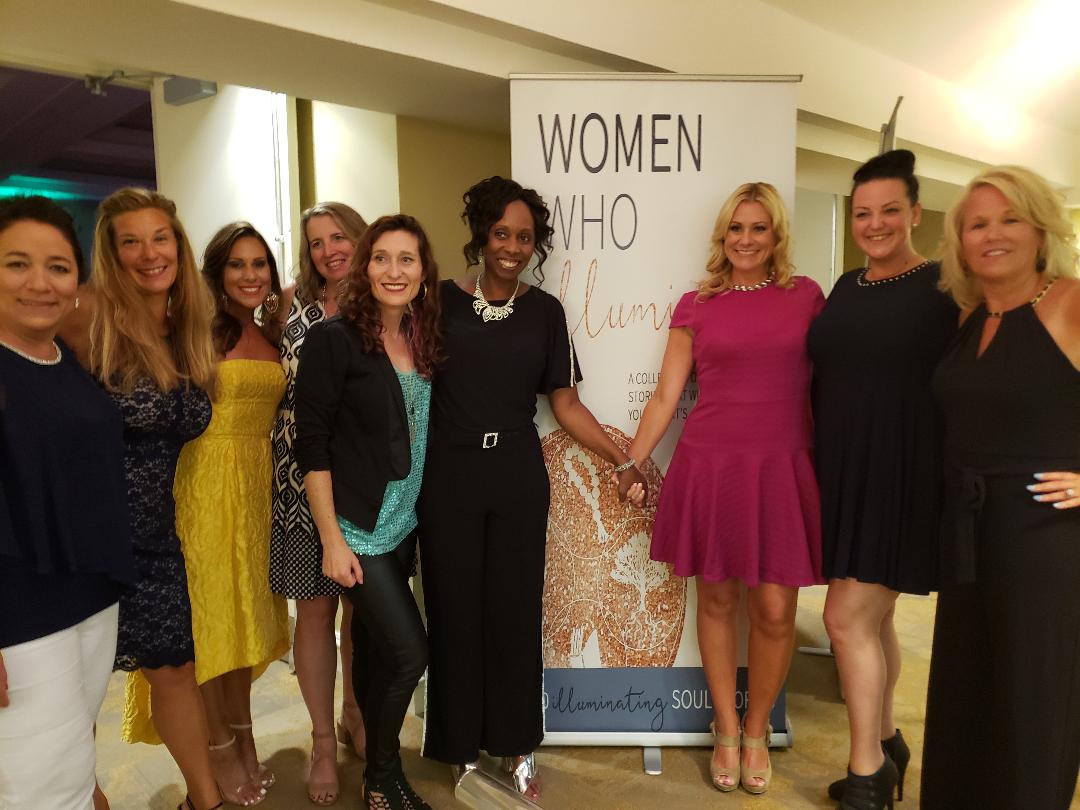 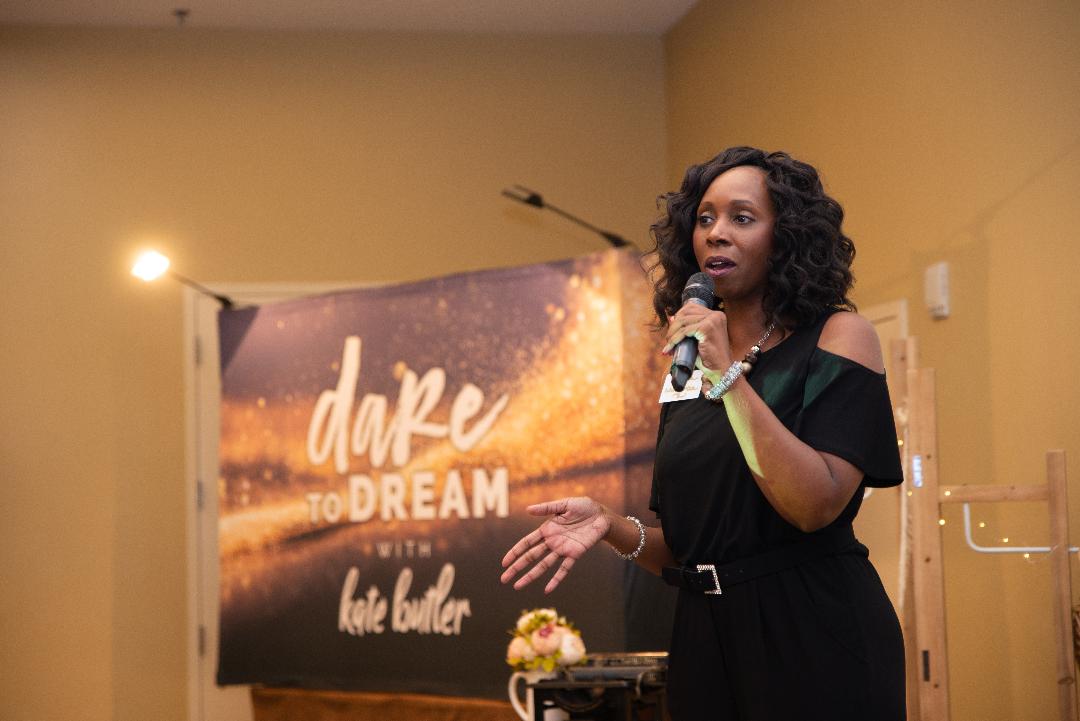 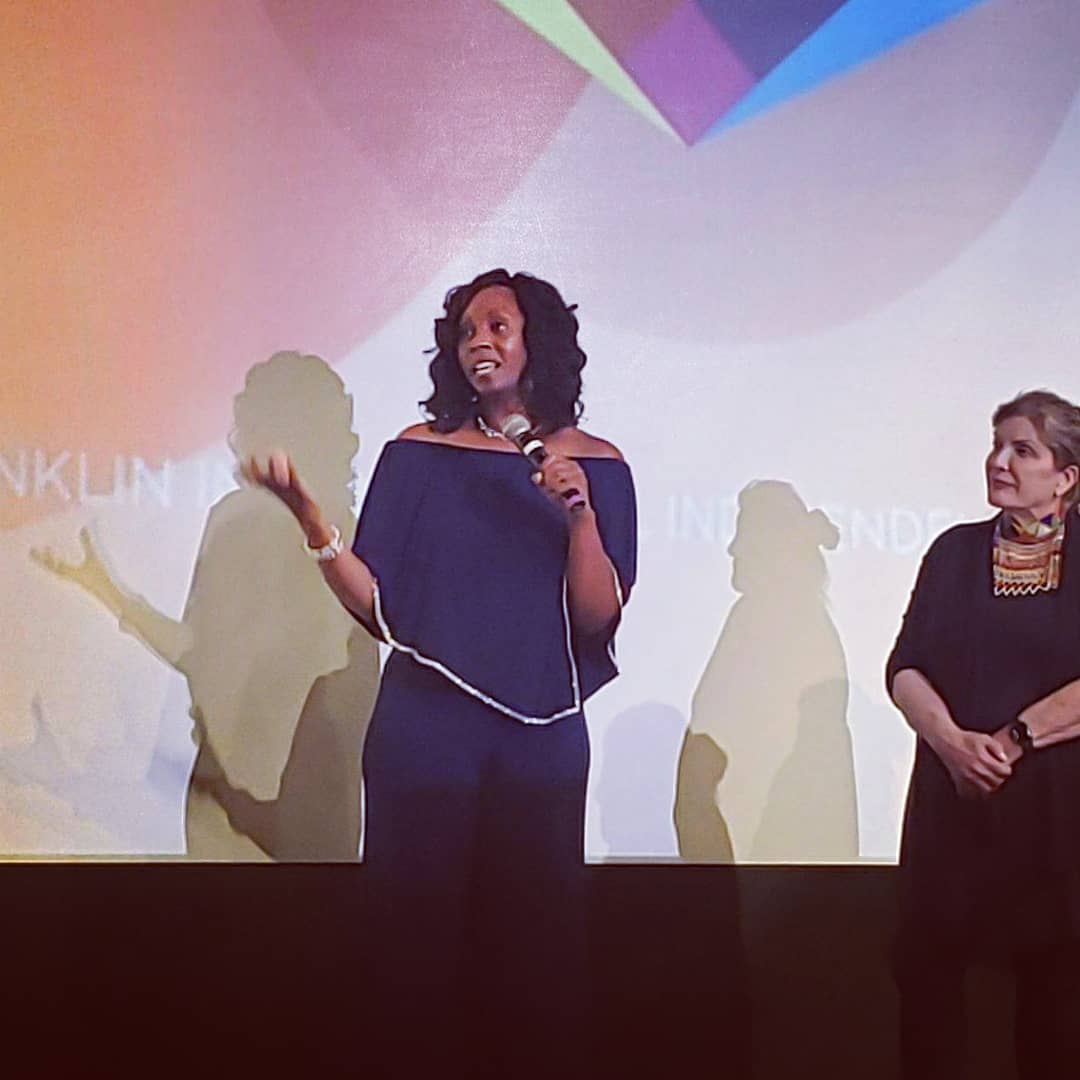 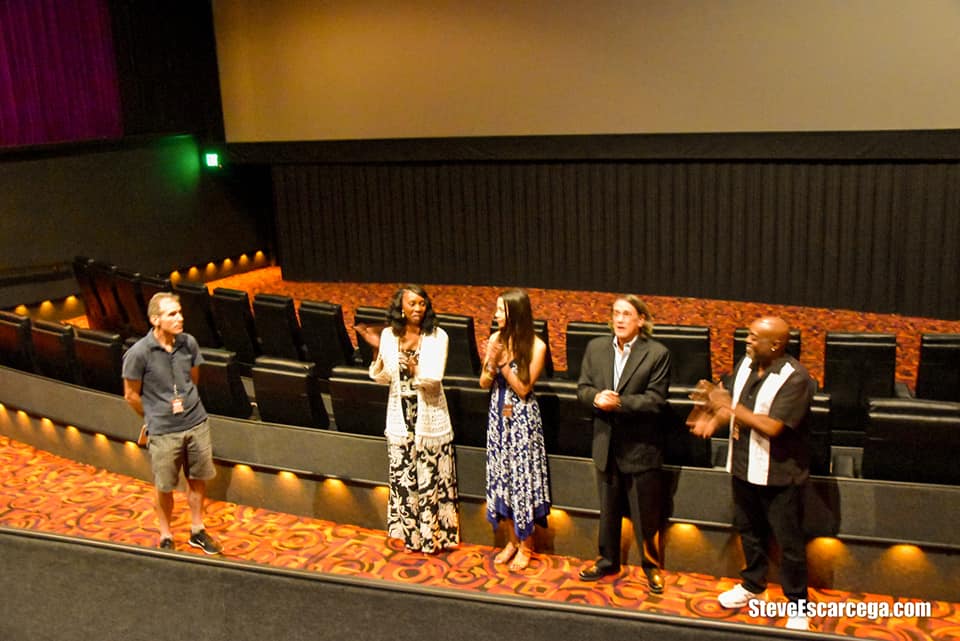