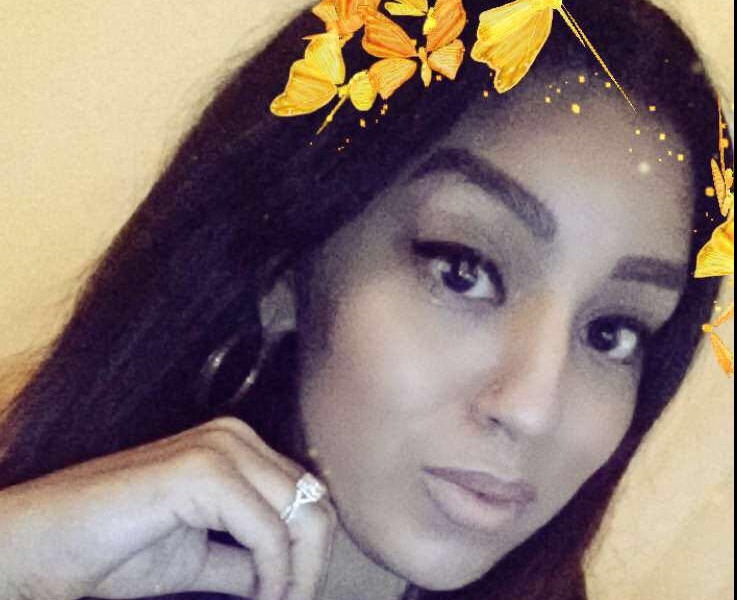 Today we’d like to introduce you to Samantha Nazario.

Samantha, please share your story with us. How did you get to where you are today?
I’ve always had a major interest in the Fashion Industry I even remember my high school senior project was to put together a collage of where I saw myself in 10 years career wise and it was all about being in the Fashion Industry. As soon as I graduated high school in 2009 I was sure I was going to College for Fashion however certain family members convinced me it was a dead-end career that I should be going to school for something a little more “stable” so being young and naive I decided to go to school for medical instead however I’ve never had any interest in the medical field I was just told this would be a more reliable job field so I went with it. After a year in I stopped and realized this is really not for me. In 2014, I decided I wanted to start up an online “Boutique” I came up with a name for my shop and found a vendor and started up my shop on Instagram. It did okay, but I was wanting more I was wanting to see more results quicker in which I wasn’t being quite realistic with myself. I had my very first scam order not even a month in for over $200 and started to become unsure of everything I then found out at the same time I was expecting I decided to take a break from the then Boutique. I figured I’d be too hormonal and tired so I put the Boutique on pause. In March of 2015, I have been working for Chase Bank for a little over two years and was transferred to a branch with a really mean manager. He was clearly on a power trip, I would be miserable every day coming into work. This is when it hit me, that this can not be it for me! This will not be my life. This will not be what I will be doing for the rest of my life! I decided I need to do something to better my life and put myself in a better position mentally, physically, and financially. This is when I decided I am gonna re-open my shop and offer styling services as well. I got in contact with a very popular well know Instagram model and she was such a blessing and humble young lady and literally helped my business do a 360. I would style her for her photoshoots in my product from my shop. So it was a win-win all around. When I gave up on my business the first time around I was at about a 400 following. When I started networking with this young lady my Instagram took a 360 within a year I obtained my first 10k and I and still growing. I moved out to LA in March 2016 to continue to expand my brand as I arrived here I’ve been working with local LA models and styling them for photo shoots in my product from my shop as well and al I can say is everything has been a blessing. Do not give up on your dreams or something your heart desires! I gave up because of what others tried to tell me about the Fashion Industry not being a realistic industry to be in back in 2010 and now here I am in 2016 running my very own clothing shop and styling models for a living and I couldn’t be happier!

Has it been a smooth road?
I wouldn’t say it’s been difficult but I wouldn’t say it’s been a smooth road either. However, there have been some slight obstacles I’ve come across as far as being a mom of two little ones at times it’s hard to be able to get myself out there as much as I would like and network so social media has been my holy grail for networking at the time.

What are your plans for the future?
For the Future, I plan to open up storefronts for my Shop Urban Couture. In LA, NY, ATL, and Miami. I also want to create a Styling Team of Individuals to be able to expand my Styling services within my company as well.

Let’s go backward a bit – can you tell us about the most trying time in your career?
I would have to say the hardest time would be when I first started trying to get my brand and name out there for people to recognize me and what I was doing. When I attempted my business/brand in 2014 I was getting noticed but not as much as I would have liked I felt like I needed more people to see my work and know of me and it was moving at such a slow pace until I decided to try again on my business in 2015 and that’s when my 360 happened and I got recognized more for my work I got better networks so I am very glad that I gave things a second try.

Are there days when you feel like you’ve done everything you wanted to, careerwise – the “I’ve made it” kind of moments?
I can say my wow moment would be when I started working with the well-known model on social media that goes by the name of Alex Isabella. I would tell myself wow she’s really giving me this opportunity to get my brand and name out there I really can’t thank her enough she played a major role in helping me get to where I am now. Then after that other social media popular girls would get in contact with me and want to work with me and that’s when I realized I was finally getting my name and brand out there. As well as just recently I was contacted to style 5 models for a magazine shoot coming up within the next few weeks 🙂