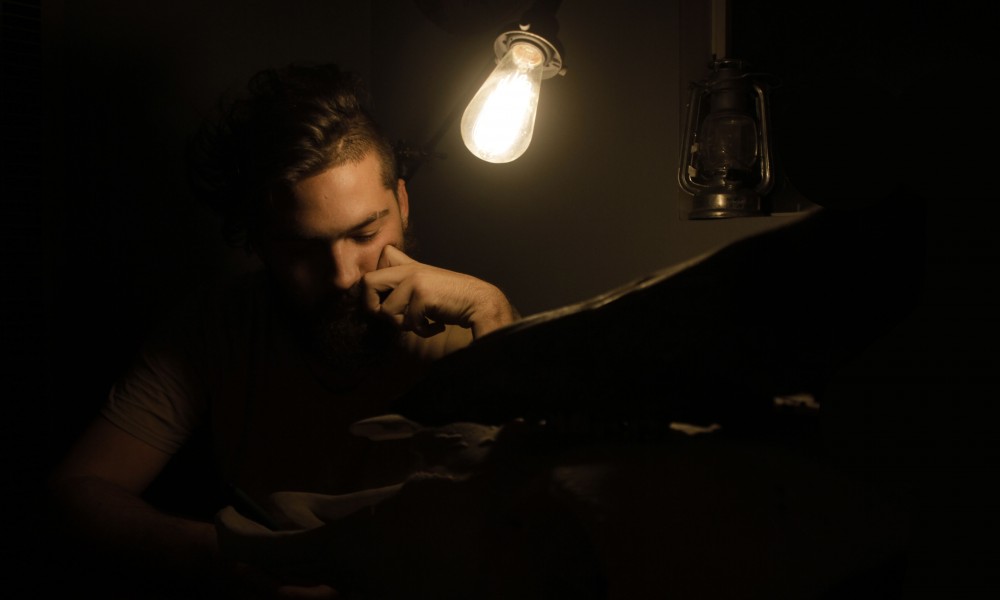 Today we’d like to introduce you to Wood Simmons.

Wood, please share your story with us. How did you get to where you are today?
Started off attempting to draw shirts for my band and others as a means of eating on tours, met a guy named Oscar Zabala on the road, he led me into the world of Art Direction. After being fired from my very first job working on Jack Daniels and Truth angrily packed my things from Boston the day of, and headed back home to Mississippi. Truth called asking to continue working alone, I called my dear sweet did not know he was a writer at the time Joseph Katool, and that gave birth to our freelance side. Furious ever since.

Has it been a smooth road?
Not easy. Not one bit. Moving town to town constantly, Boston, Atlanta, Jackson, Detroit, San Fransico currently falling in love with Los Angeles, can always strike up a fight. You begin to understand the freelance scene of each, and just as you get cozy something comes up you can’t refuse. That rips you away from all friends and family and into parts unknown. Having to constantly lie about my age and beard up as much as possible makes things strange as well.

How would you describe the type of kid you were growing up?
Growing up I was larger than I should have been, which aided in the nerd side, being bigger than bullies and sticking up for the little guys. In art, growing up in the public Mississippi school system, I had to spend years convincing my teacher to allow computers into art classes. In our senior year, my wish was finally granted and after a few friends introduced me to the world of adobe piracy, I was born?

Is there a specific memory from when you were younger that you really miss?
Our Christmas ice storm, I remember the entire family had to huddle up at my grandmother’s house for sake of power, much like Katrina later, and that was the year our parents gave my younger brothers and I an N64 complete with Turok. At the time, my father had no idea what ESRB meant, and we had one hell of an introduction into the world of hyper-violence and sci-fi.

So, what should we be on the lookout for, what’s next in store for you?
Trying out the startup world. Currently working on the Hyperloop, trying to decide if everyone’s drinking the kool-aid, or really building something of the future. I feel as if we saved lives with the Truth Anti-Smoking, started a larger conversation of how future schools and jobs operate with XQ, and now moving into connecting the world on a faster physical level in our age of information. Trying to remain on the “Good Boy Sam Club” of the creative world, hopefully giving Mississippi an easier reputation.