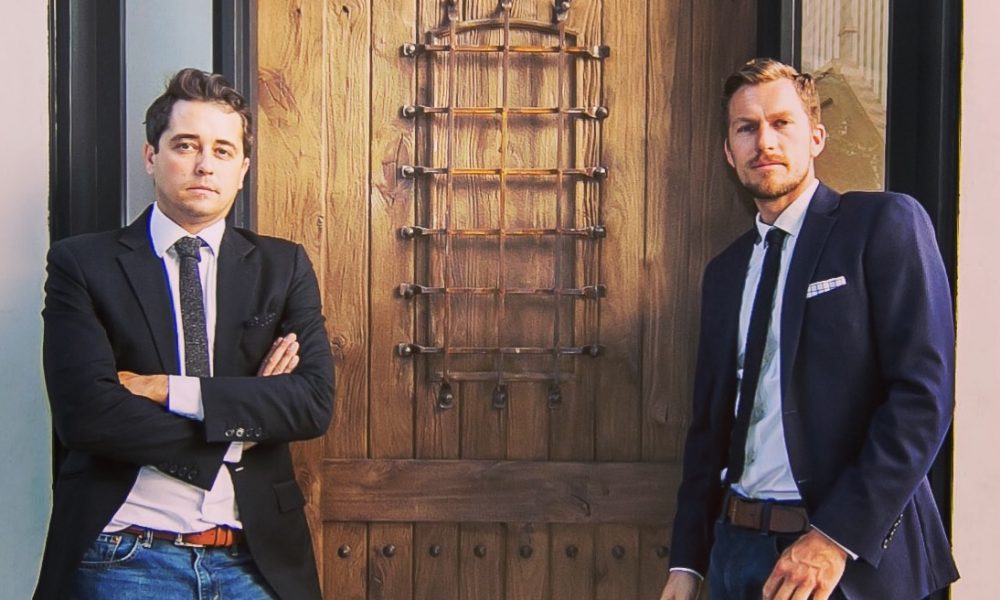 Today we’d like to introduce you to Dougal Murray and Jonathan Waud.

Thanks for sharing your story with us Dougal and Jonathan. So, let’s start at the beginning and we can move on from there.
We started out flipping homes back in 2012, in the Sherman Oaks and Toluka Lake area. Our design brief to ourselves was to make something that reflected our tastes and to come at the design process a little bit differently.

Over the years our projects have gotten bigger, we have also moved in to Hillside homes as it provides better views, and also a certain degree of prestige and privacy that homes on the flats sometimes can’t. As our projects became more and more well known, we started getting approached by clients who liked our work and would come to us, asking us to design and build their own homes too.

As a result we now not only design and build spec homes, but also do a lot of remodel and addition work across LA and have three additional companies within the group specializing in electrical work and foundation works. We have also started to do more and more commercial work, including the new West Hollywood Urban Zen store for Donna Karen and the flagship hair studio for Larissa Love of Instagram fame.

Has it been a smooth road?
Construction has got to be one of the hardest industries out there, it’s incredibly labor intensive, emotive, and relies on so many aspects coming together successfully in order to deliver a product which is on time, on budget and to the finish level we expect of our crews.

In the early days we did struggle; we were doing much smaller houses back then and the clients that approached us to do their homes would really grind us on our pricing. When Jon and I set up the company we were adamant we wanted to change the face of construction. As a result, we ensured that all protocol and licensing was met, that each of our 30 full time employees were given a fair living wage, and had access to decent healthcare through our company. As a result of this overhead it was incredibly difficult to compete at the lower end of the market where decisions were often made on who came in with the lowest bid, and given our ‘competition’ at this level were often unlicensed, uninsured tradesman who worked on a cash in hand basis, it meant we often had to walk away from the projects or take the good ones with little to no margin on the basis that doing those jobs was really just a way of getting our names out there.

In the end it did eventually work out for the best; a surprisingly large proportion of jobs we initially hadn’t won, because we wouldn’t price match, ended up coming back to us several months in, having fired their contractor for shoddy work. And the jobs we did win led to referral after referral until we were doing the homes of some of the biggest names on the Hollywood circuit.

I think this approach is applicable across the board when it comes to starting out in business. You have to accept your margins are going to be small to start with, but if you’re going to get screwed either way then at least make sure you pick the right jobs and then do them bloody well.

We’d love to hear more about your business.
Racing Green is different from 99% of the other design and build firms out there because we are a true one-stop-shop.

While we do a lot of our own projects, we also work with a lot of Designers and Architects who seek us out and get us on board because our practical knowledge and applications mean that we are best placed to bring their visions to reality. This mindset has also seen a big rise in consultancy work for us, where client and designers (especially those based full time in New York, or other areas of the country) are employing us to oversee their projects here in LA, and act as the go between for them and their contractors to ensure costly mistakes haven’t been made by the time the finish detailing and staging gets pulled together.

Is our city a good place to do what you do?
I started out in London about 15 years ago, turning crappy little apartments in London and then I would find the most disgusting places, strip them down and reconfigure them into trendy little hipster flips. My first apartment cost me $75,000 and it was a horrendous, mold ridden studio in a place called Bath.

Back then that was the cheapest apartment in the city for sale, but mortgage rates were low and you could get a decent LTV.

When we started out in LA we were buying decent sized homes in good areas like Sherman Oaks and Toluka Lake for around the $400k mark.

Today the buy-in price for kids trying to do the same thing as Jon and I did is ridiculous. To get anything, even in slightly rougher, upcoming areas like Glassell Park, Altedena, or Mount Washington you need $650k as a minimum and anything with decent upside potential is going north of $700k.

When people ask me how they can get into this industry, the first thing I tell them is not to. It can be an absolute minefield and if you don’t have cash reserves to cover you when planning or construction delays inevitably happen it can wipe you out. For those determined enough to do it anyway, I tell them to make sure they have realistic budgets and exit expectations. I would also tell them that profits are made on buy-in; because if you overpay for a property on the front end it can be almost impossible to reclaim it on the back.