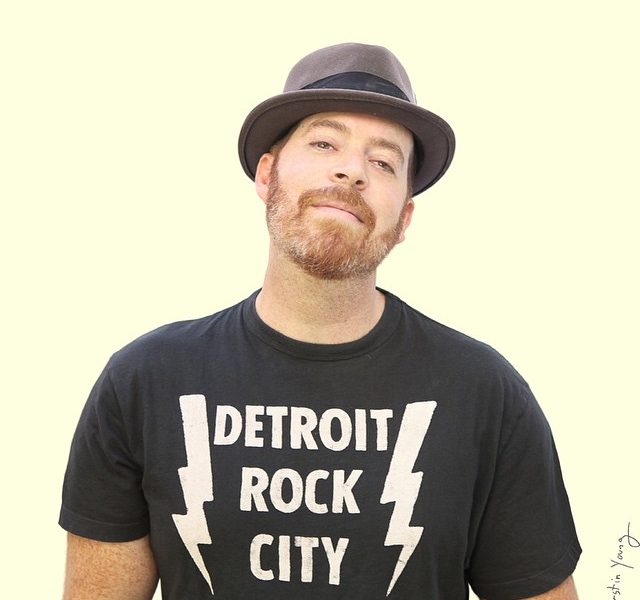 Today we’d like to introduce you to Doron Ofir.

Thanks for sharing your story with us Doron. So, let’s start at the beginning and we can move on from there.
Doron Ofir, 48 – Television Executive Producer of #RichKids of Beverly Hills (E!), F in Fabulous (BET) and original casting director of more than 200 reality productions, from American Idol to RuPaul’s Drag Race, Florabama Shore to Jersey Shore — finds the world’s most fascinating people. Then he quickly decides whether they have what it takes to be on reality TV.

I was completely and totally influenced by the pop culture elements of the 70’s and 80’s. I was literally raised by Norman Lear and Gary Marshall. I learned about life and family through syndicated sitcoms and realized at a very young age that my favorite moving images were the ones from California. I also was keenly aware that although some shows claimed to be located elsewhere they were all made in Hollywood.

Love Boat always docked in L.A. Three’s Company proved that “hers and hers and his” was so much better in Santa Monica. The Brady Bunch told a story of a lovely lady and a man named Brady who would somehow form a family in a tiny house in Van Nuys. A sunny cul de sac became the iconic location of Knots Landing, filled with intrigue and drama possibly the best of the prime-time soaps. Even cops were cooler! Riding motorcycles in skintight beige pants. No matter what the premise the location always shone brighter if the setting was L.A.

Television was my babysitter and mentor; I was enthralled with all of it!! Good Times, All in the Family, I Love Lucy, The Carol Burnett Show, The Jefferson’s, The Muppets, Battlestar Galactica, Dallas, The Incredible Hulk, but it was the women of the 70’s and especially the ones from the west coast that became my obsession. Charlie’s Angeles with their feathered hair and braless tops solved crimes under palm trees and Jill Monroe’s (Farrah Fawcett) White Cobra with the blue middle stripe remains to this day my ultimate dream car. To me, Jamie (Lyndsay Wagner) was worth every cent of the six million and clearly the greater of the Bionic duo. Lynda Carter in her satin tights was a wonder to behold and my first bonafide crush.

As I reached my adolescence in the ’80s, motion pictures became the primary inspiration for what would become my future career. The iconic John Hughes movies were the first to archetype characters, none better than “The Breakfast Club”. The jock, princess, nerd, basket case, and rebel were a crash course in perfect stereotypification. I remember watching Richard Attenborough’s campy “A Chorus Line” film and being awestruck at the characterization of Michael Douglas as the casting director. In the film and broadway show, the casting director doesn’t audition simply based on talent. He chooses to attempt to understand their true personalities through interviews promoting them to express personal stories that define them. It left an indelible mark on me and without fully understanding its influence until years later, it helped shape my motivation to become a casting director, specifically in the genre of reality television.

I followed my dreams and moved to Hollywood in 2001, and began working in the unscripted television. Reality television allowed me the opportunity to discover authentically organic personalities, these were not actors playing a role, it is way harder. These people from all walks of life had to embody true star quality that could captivate audiences by being authentically themselves. Truly the hardest thing anyone can accomplish. Their talent has to be their actual personality. Unlike singers, dancers, comedians or actors who in truth are required to have the talent to make you believe whatever they are performing. Its the role they play that the audience responds to and the more they perform the more a fan base grows. However, when they go back home to their normal lives, they get to strip off the stardom, they get to be real. The villainous part they played is washed away. Reality stars can’t do that. They don’t get to change their name, explain their shortcoming or success, they are exactly the person the world got to know, whether in the street or at home. To be a reality star you have to be unabashedly unapologetic for who you are.

It is with this singleminded determination that in 2009 I founded Popular Productions, a casting company, and development company inspired by pop culture and personality. With 20 years in the business of unscripted television and digital streaming programming. I was one of the first to create a brick-and-mortar, fully functioning, talent-integration casting and development companies in the world of entertainment.

I have cast over 200 shows and discovered some of the most famous names in reality television history. The cast of Jersey Shore is among them.

“I’m a collector of characters. We’re a very interesting breed.”

Overall, has it been relatively smooth? If not, what were some of the struggles along the way?
People within the industry as well as out, don’t know how we do what we do, nor do they understand what it entails or the scope of effort it takes to identify a cast. We aren’t presented with options of talent that have been carefully curated by agents and managers, we don’t have a centralized infrastructure that allows potential talent to reach us. Every single casting opportunity is unique to whatever the project demands, whether it be singles for a dating show, homeowners for renovations, or a group or organic friends struggling with life and relationships in a far-flung location. Every casting has to create a marketing and promotional strategy and campaign to target what we are seeking sometimes nationally, sometimes regionally. A small army is needed to research, locate, target, pitch, and identify potential participants. We then have to get them to apply, interview everyone, putting only the best on tape, create written biographies for every potential, edit them, package them, and then pitch to multiple levels of gatekeepers and creative execs. One project can process thousands of individuals that all have been identified, prepped, and primed wherever in the world they may be.

Casting reality television has only recently begun to be given the respect it deserves. Unlike other media projects without a cast, there is no show. They are not written out of imagination or follow a script. The entire show especially in docu-soap formats has to be entirely created around the real life of those casts.

The Emmy’s only began recognizing casting three years ago but have yet to understand and separate or acknowledge the difference between casting for competition reality shows and docu-series. Whereas one has a new batch of contestants each season and the other has one core cast as an ensemble that has to carry a show season after season. They are completely different genres within reality television entertainment.

Doron Ofir Casting and Popular Productions – what should we know? What do you do best? What sets you apart from the competition?
I have been so incredibly lucky to have been surrounded by the greatest team in the business. The majority of my company has been together for over a decade. We are a cohesive collection of characters. My company approach has been Warholian in that I actually cast my crew. Every person brings something unique and together we are Popular Productions. My name may be the most recognizable but I am just one part of this diverse group of extraordinary casting producers. I’m living my #SquadGoals.

What is “success” or “successful” for you?
I believe success is defined by reputation, longevity, passion, and results.

I Executive Produced, identified and packaged the E series “Rich Kids of Beverly Hills” and while watching “Jeopardy” one of the questions was related to the series and at that moment, I know I had arrived.

Oh yeah, and discovering that both “#Richkids of Beverly Hills” and Jersey Shore had bestselling parody porns made of them. 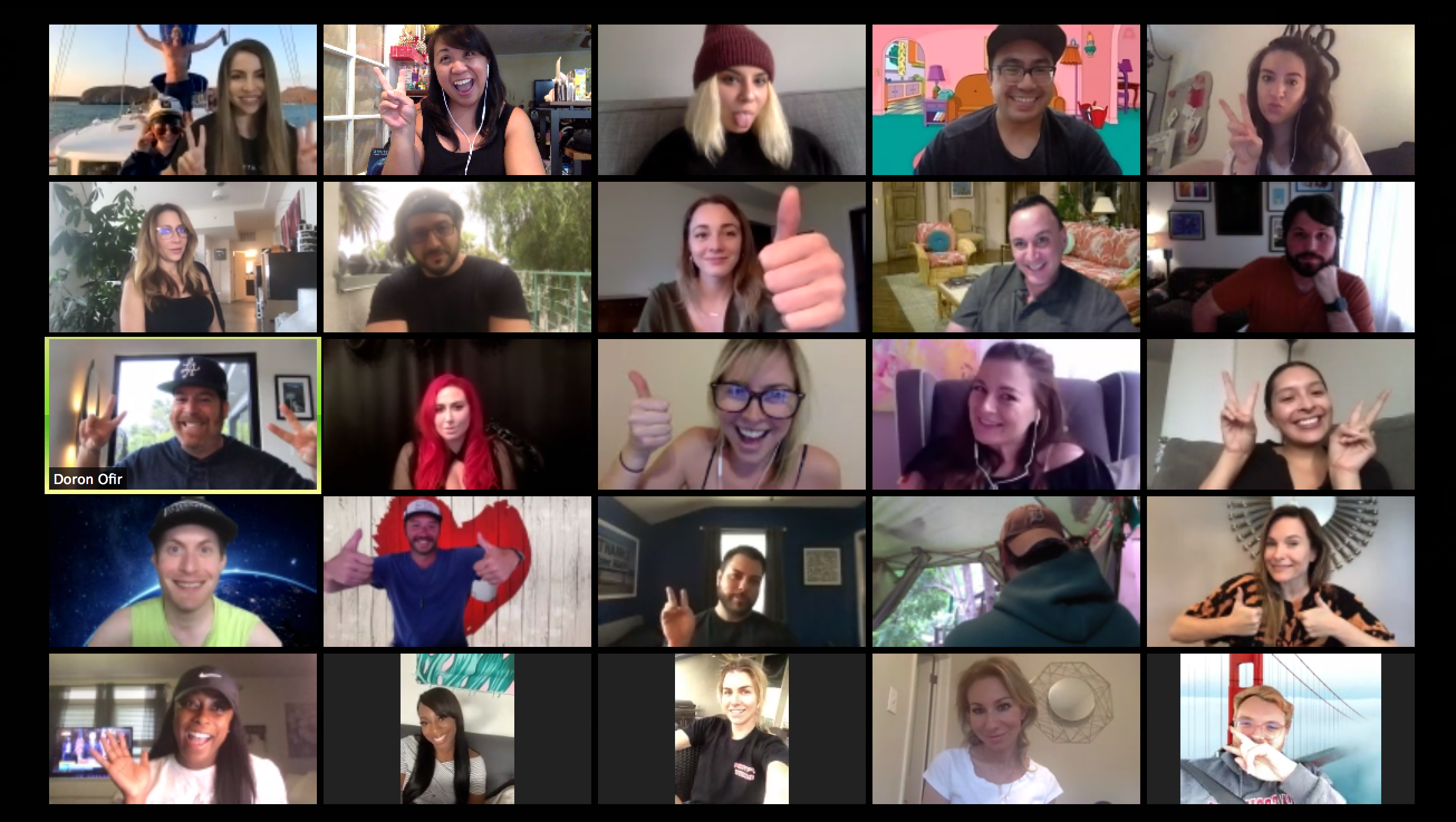 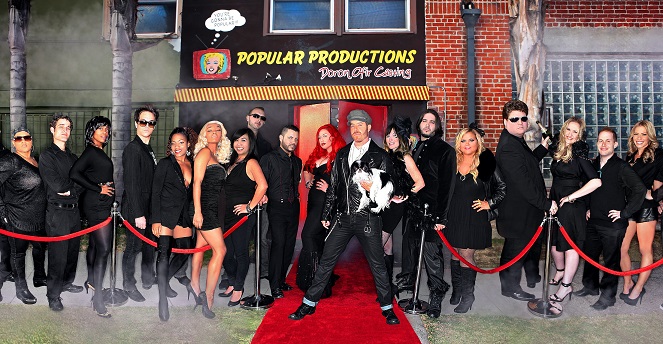 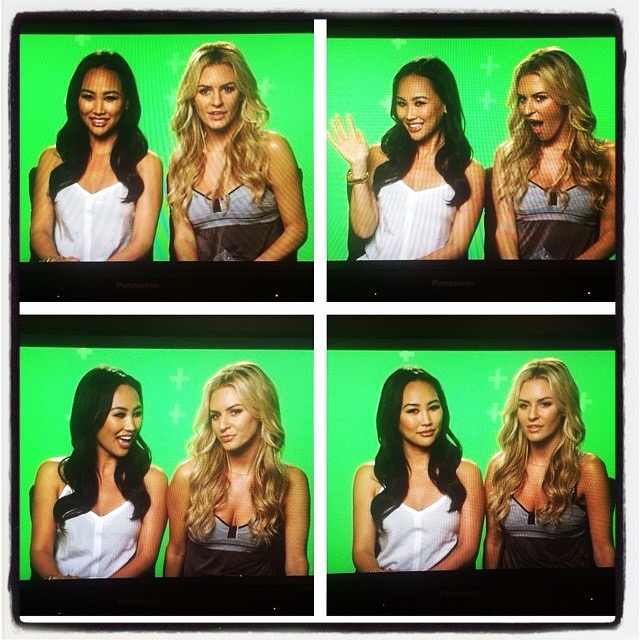 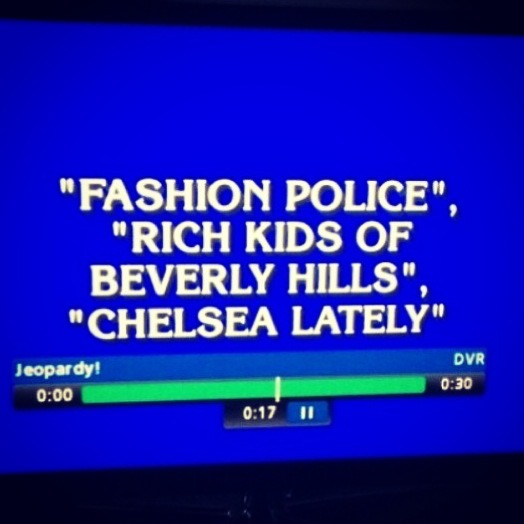