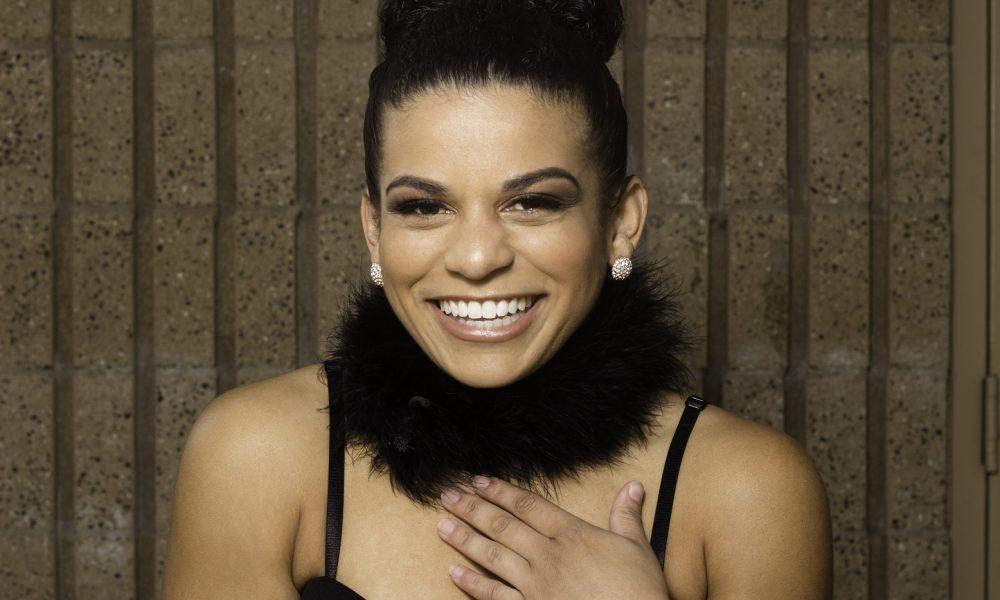 Today we’d like to introduce you to Dorian Aleccia.

Dorian, please share your story with us. How did you get to where you are today?
I have been dancing since the age of four and I’m the daughter of a dancing Queen. My mother is a natural-born dancer who instilled this love of music and movement in me at a very young age. I started training at home in Chicago, at various studios including the Chicago Dance Academy and Joel Hall Dance Center. My training expanded over the years from technique styles like Ballet, Tap, Jazz, Modern, and Musical Theatre to Urban Jazz/Jazz Funk, Hip Hop, and other street styles.

By age 11, I was performing in a youth company, JHDC 1511, that allowed me to train as a professional and perform throughout the Chicagoland area. My love of dance grew tremendously and continued in college as I became the president 3D Urban Dance at Ohio State University. I fell in love even more with performing and the general universality of the language of dance.

After graduating, I moved to Los Angeles to join the Teach for America corps, and pursue my master’s degree in Education. This was something that really gave me the push to continue with dance on a more professional level since Los Angeles is one of the meccas for commercial dance. During my time as a sixth-grade humanities teacher at ICEF’s Frederick Douglass Academy Middle School, I created and managed after-school dance programs and taught Zumba classes.

Dance training in Los Angeles involved in-depth work in styles that have always resonated with me – such as Chicago Footwork, Samba, Salsa, Vogue, New Orleans Bounce, and Waacking. Most of my training took place at the renowned Debbie Reynolds Legacy Studios and Millennium Dance Complex. I took classes and rehearsed for community performances after long days of teaching and tutoring and some days even after night school. Burning both ends of the candle was definitely a push but, I couldn’t go a day without dancing. I got signed with MSA Agency one month before I decided to quit teaching and pursue dance full time. This was one of the scariest decisions I’ve ever had to make because I did it without having a full plan. I just had my passion for dance and a network of family and friends who believed in me so I went with my gut.

The very same year I quit I booked my first big job dancing for Nicki Minaj in Angola and I just felt it was the universe confirming that I made the right choice in following my dreams. I have been dancing full time ever since, whether its entertainment gigs, on stage or in a music video with an artist or hitting a step on national TV. Now don’t get me wrong I am still a teacher in many ways as one of my many jobs is teaching privates and all-styles dance classes for kids and adults in LA. I have also converged my love of dance and fitness into a cardio DanceBandz class that I teach in North Hollywood.

I have recently started to develop as a recording artist so that I can start to make some of the music I dance to. I have found that my love of entertainment expands to many forms: acting, modeling, singing and rapping. However, Dance will always be my first love!

Great, so let’s dig a little deeper into the story – has it been an easy path overall and if not, what were the challenges you’ve had to overcome?
It has most definitely been a ROCKY road for me. I have struggled time and again with my career in Los Angeles and I have a strong feeling I will be encountering plenty more. Financial struggles have been some of the most difficult for me since leaving my salaried career for one as a freelance artist. I have been trying to make a real living doing this for four years now since quitting teaching and I have found that our society still has a lot of catching up to do when it comes to valuing artists enough to make it a sustainable livelihood.

I have been told “No” more times than I can count and have definitely wondered on occasion if I made the right decision to pursue dance. I have been hungry and unable to afford food and have had to get aid with food stamps and public programs just to be able to survive.

These struggles have a bittersweetness to them, though things could’ve been financially easier with another career I have never felt happier in my life. The positive mental and emotional change is priceless when juxtaposed to the challenges I’ve experienced. In other words, I love dancing so much it outweighs all of the hardships.

Tell us more about your work.
I have been branding my dance, music and entertainment career as Dorian Aleccia, never forgetting I’m always going to be Ms.Cohen the teacher. I have been able to move and groove on some popular TV Shows such as NBC’s “World of Dance” and Hulu’s “East Los High”. One of my favorite things to do as an artist is bring music to life. I truly believe dancers are instruments and not only can we make music with our bodies but, we can paint whole pictures and tell stories with our movement. I have been able to help bring visions to life for Offset, Nicki Minaj, Dawn Richard, Joey Montana, Luney Tunes, Twista, The Rej3ctz, and many other well-known artists in the music industry.

Most recently, I have been pursuing music, acting and modeling. My latest acting projects being the Crown Royal’s “WATER B.O.Y.S. Commercial” and a featured appearance on Disney’s Coop & Cami Ask the world.

I am most proud of releasing my first single this year as a developing artist with InRage Entertainment. My song “You Know Better” is so special to me because it is a nod to the Juke music I grew up listening to in Chicago. It is available on all streaming platforms and with it, I get to bring some connection back to the dance world given the song is dance-oriented and inspired. I want to make music I can dance too! 🙂

Is there a characteristic or quality that you feel is essential to success?
I am a pretty stubbornly determined individual. I really believe this persistent nature of mine is what has allowed me to achieve the progress I’ve had in my career. I am always trying to learn new things but it’s amazing to me that pursuing an initial career in education taught me the biggest life lesson of all about risk-taking and happiness. It also helps that I am a huge social butterfly, I have found that my friends and network of mentors have been the biggest reason I have stayed employed and have work coming in. I am forever grateful to have found like-minded creatives who believe in my brand as much as I do theirs; together we have uplifted each other up. 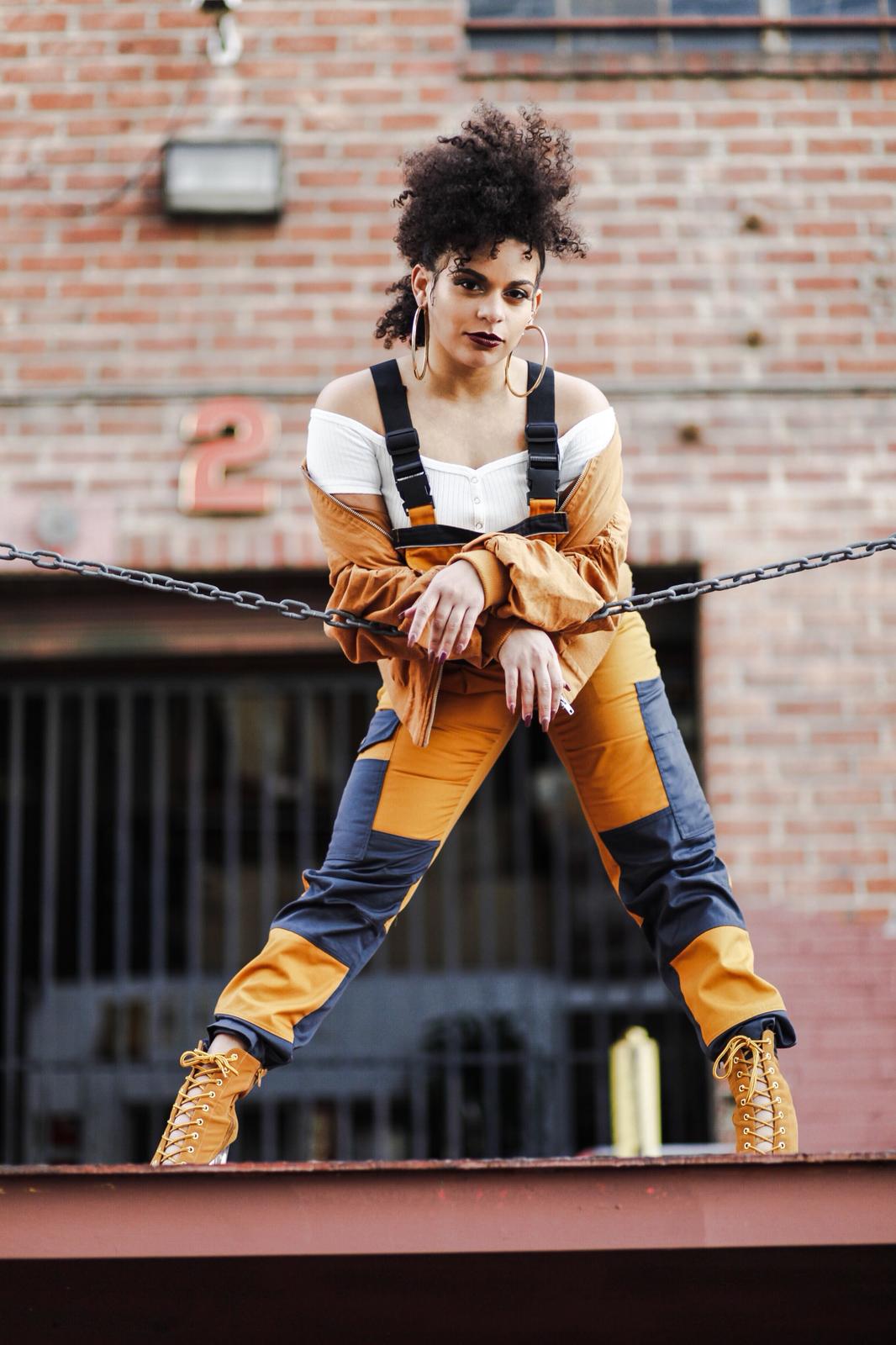 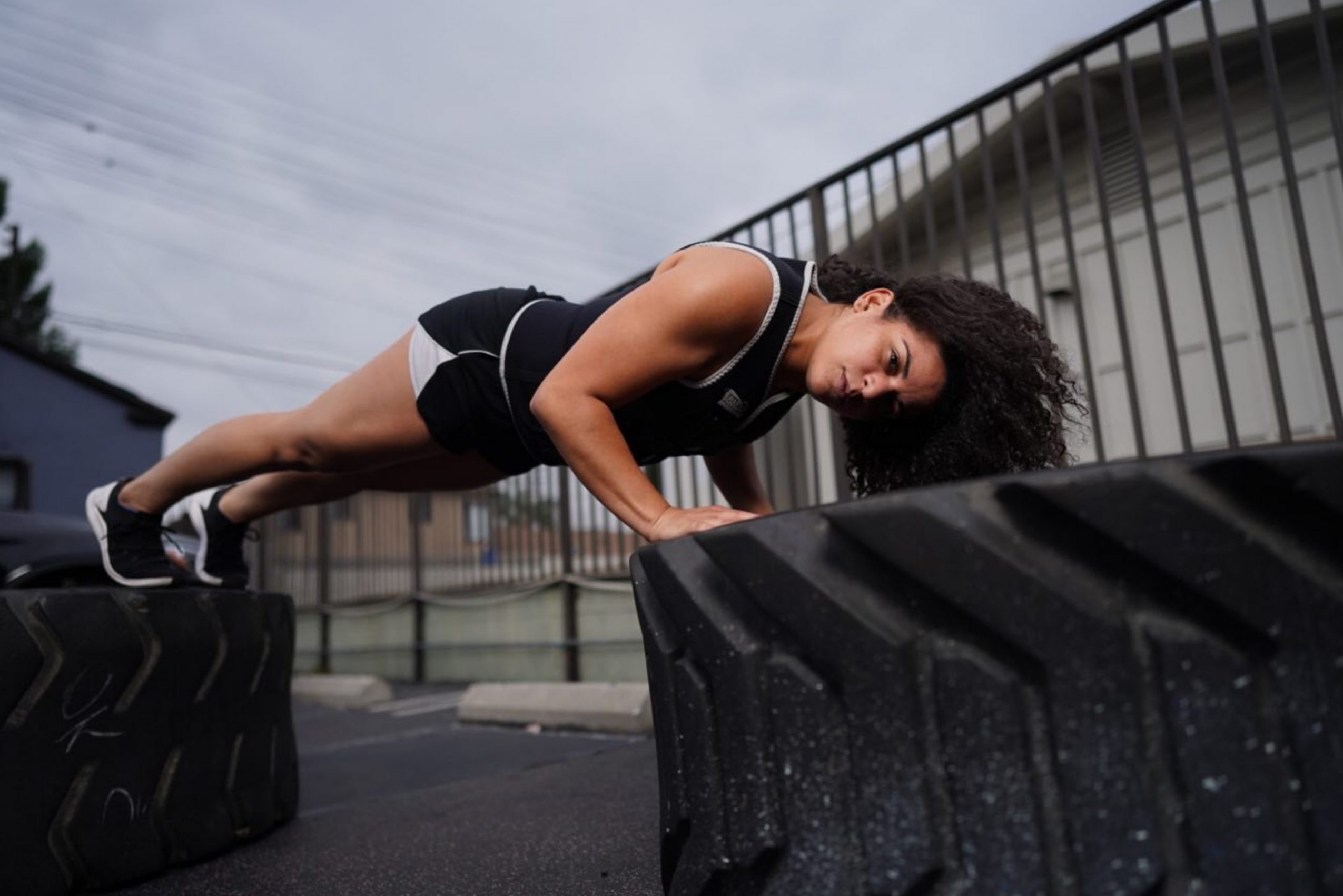 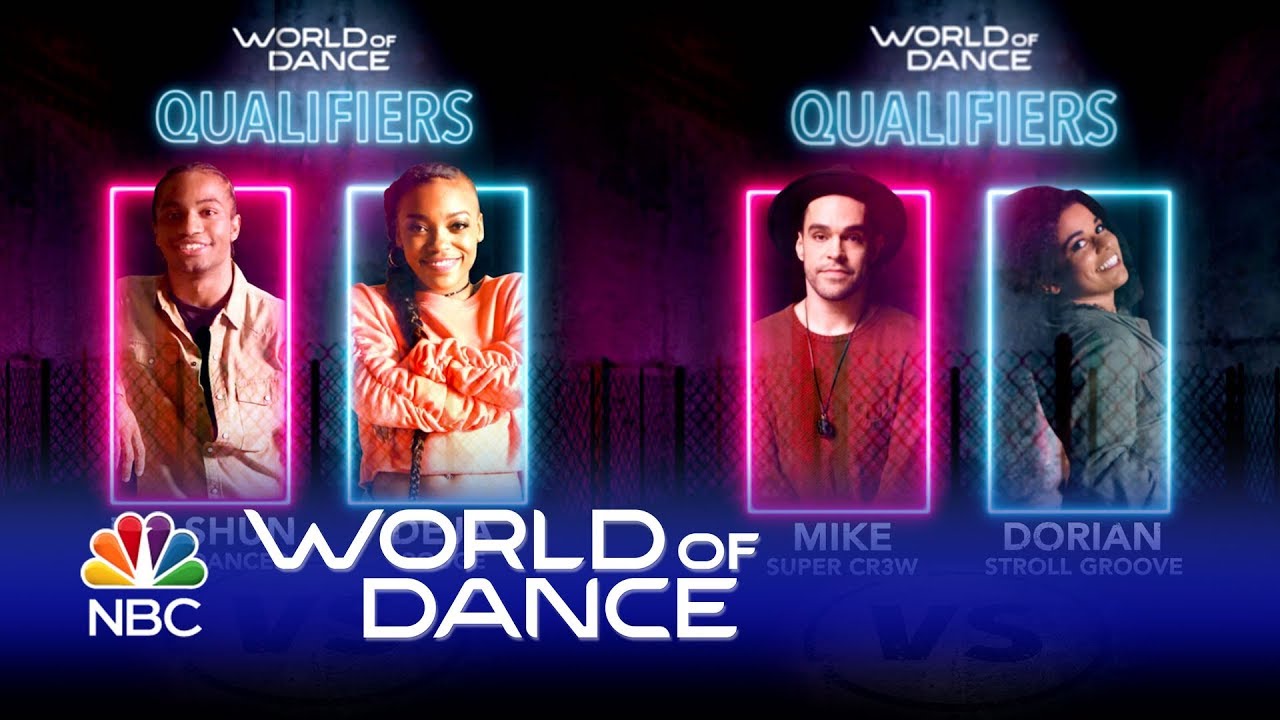 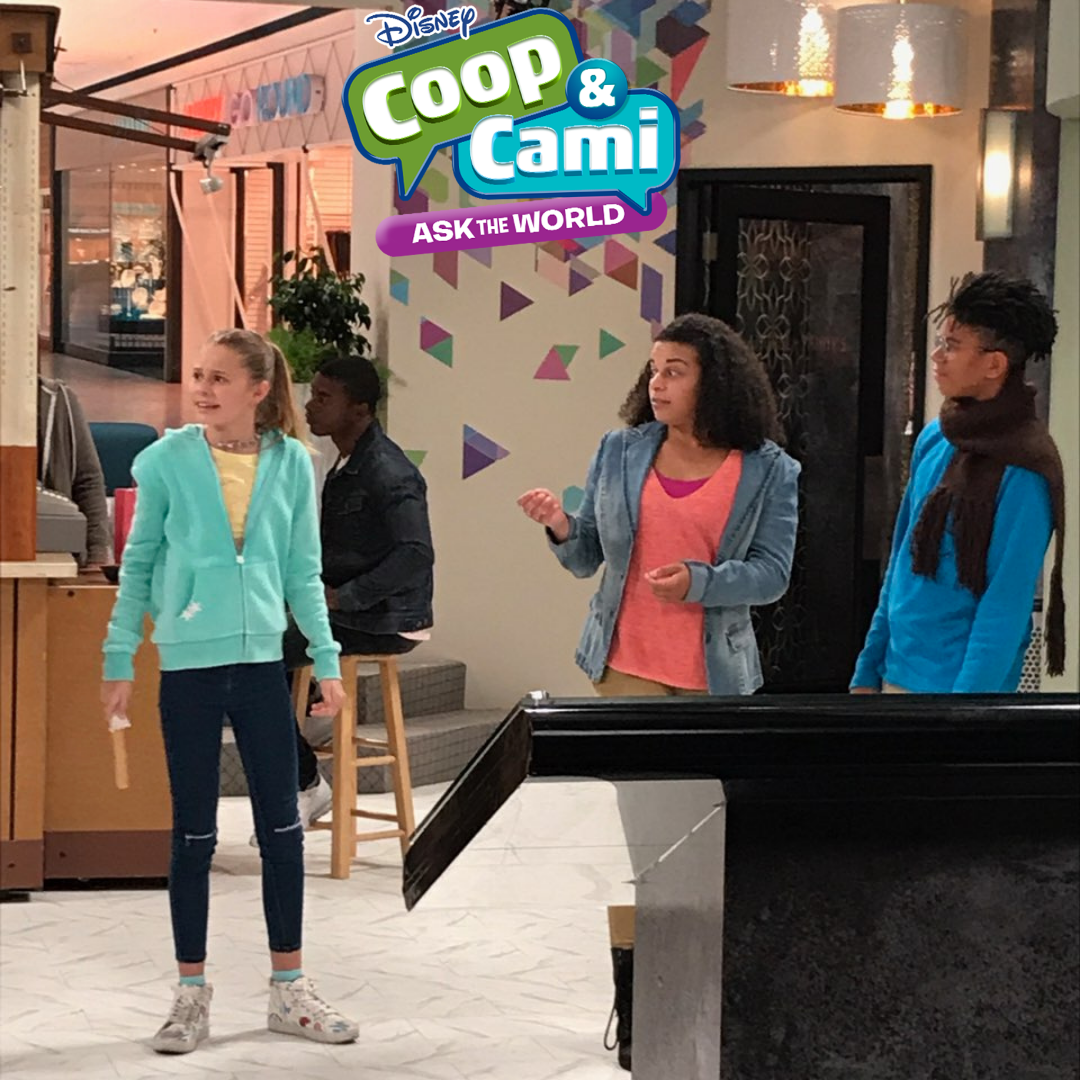 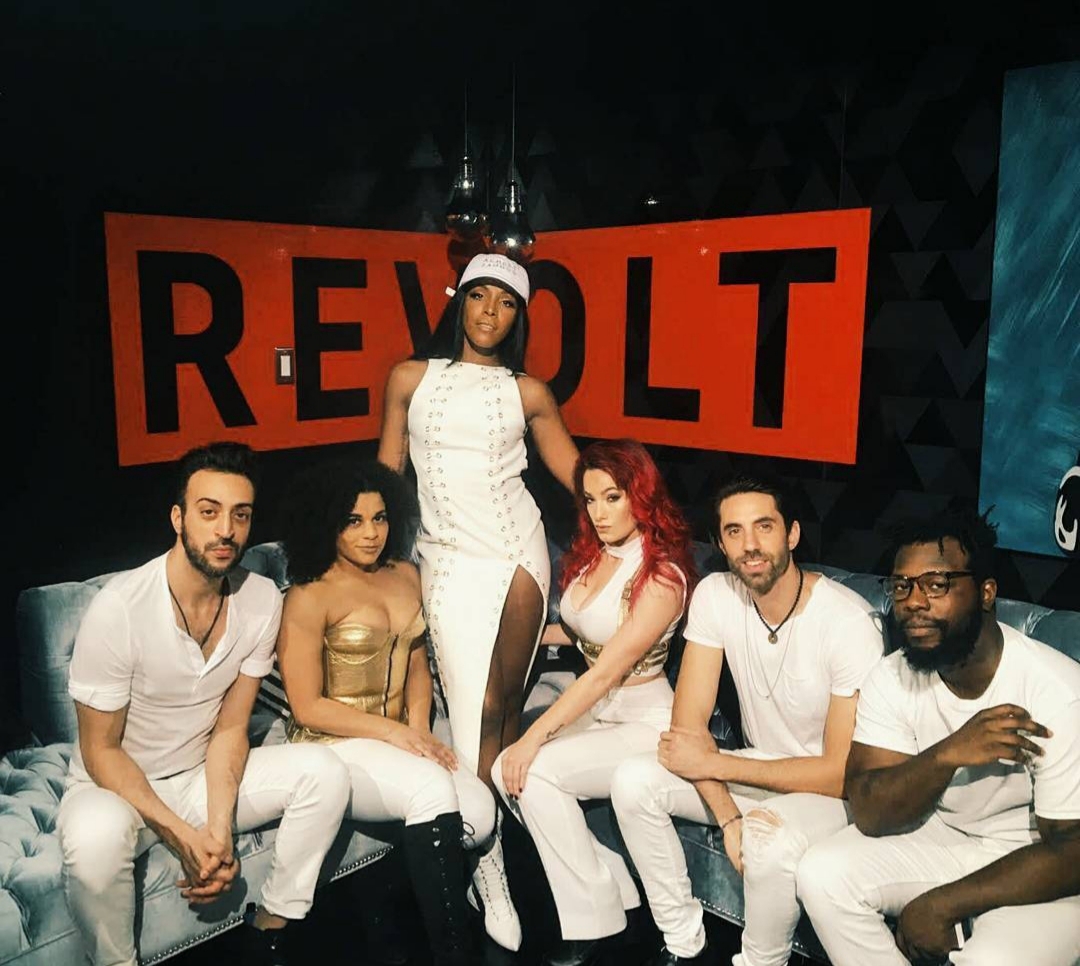 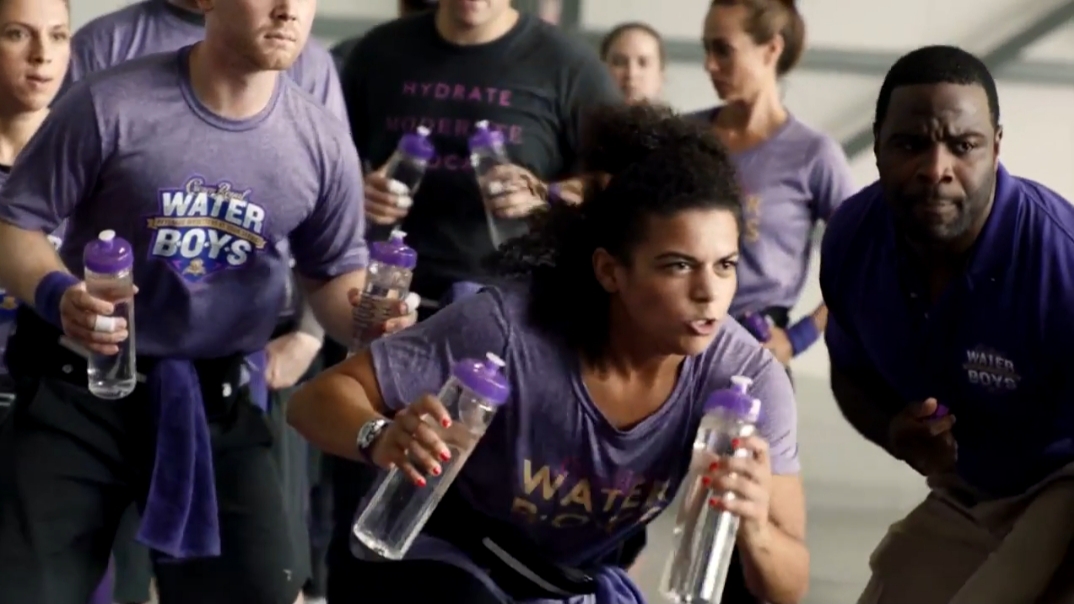 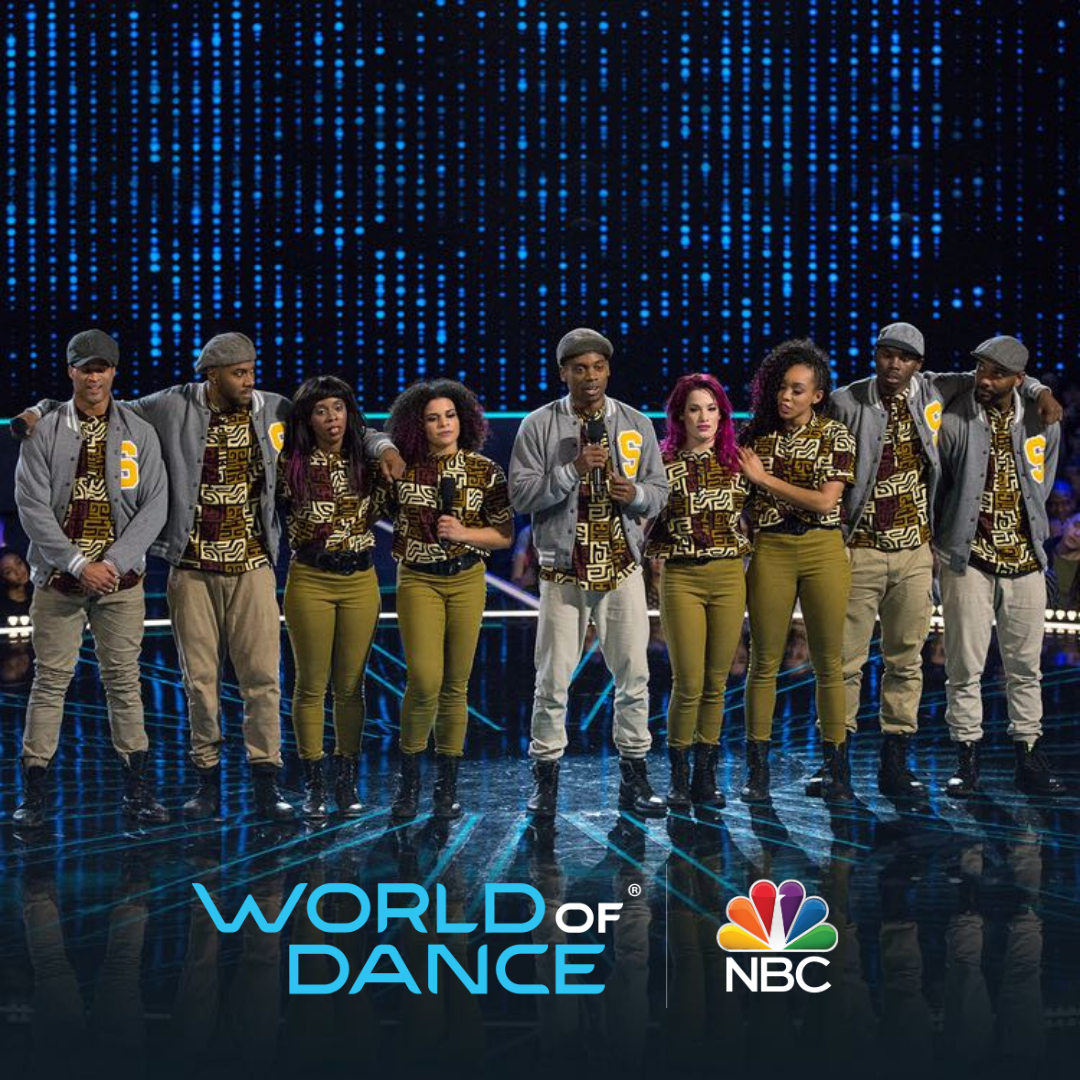 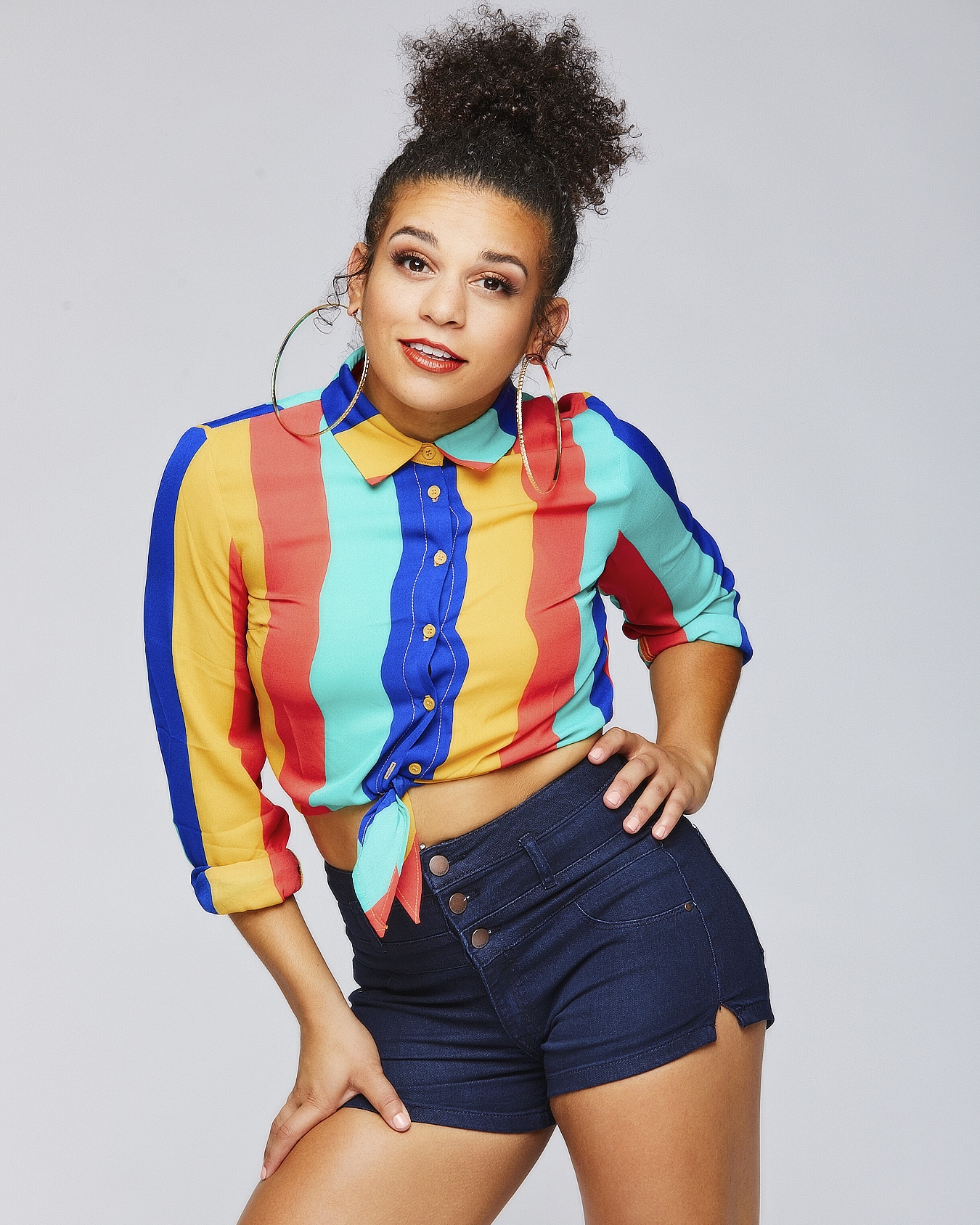 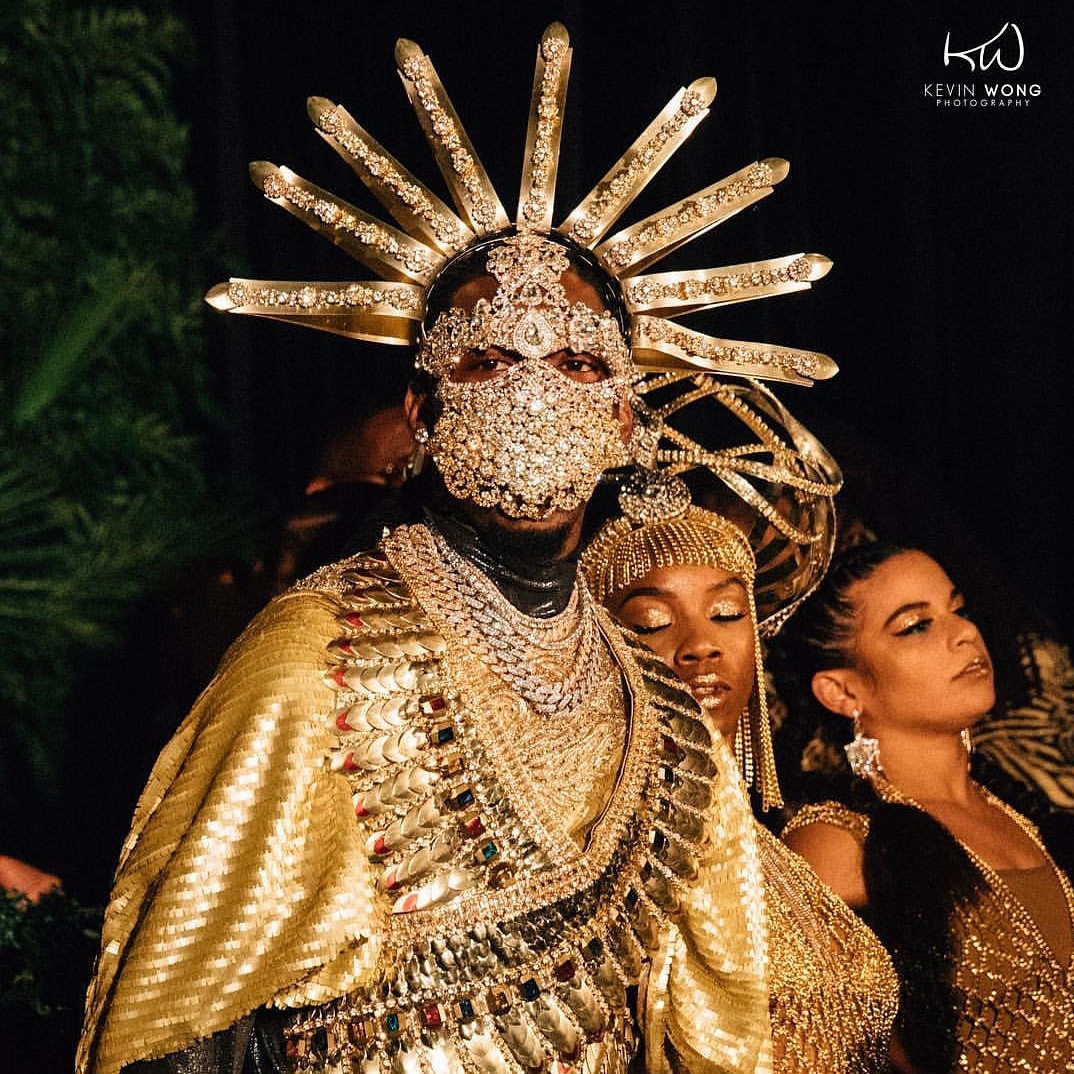 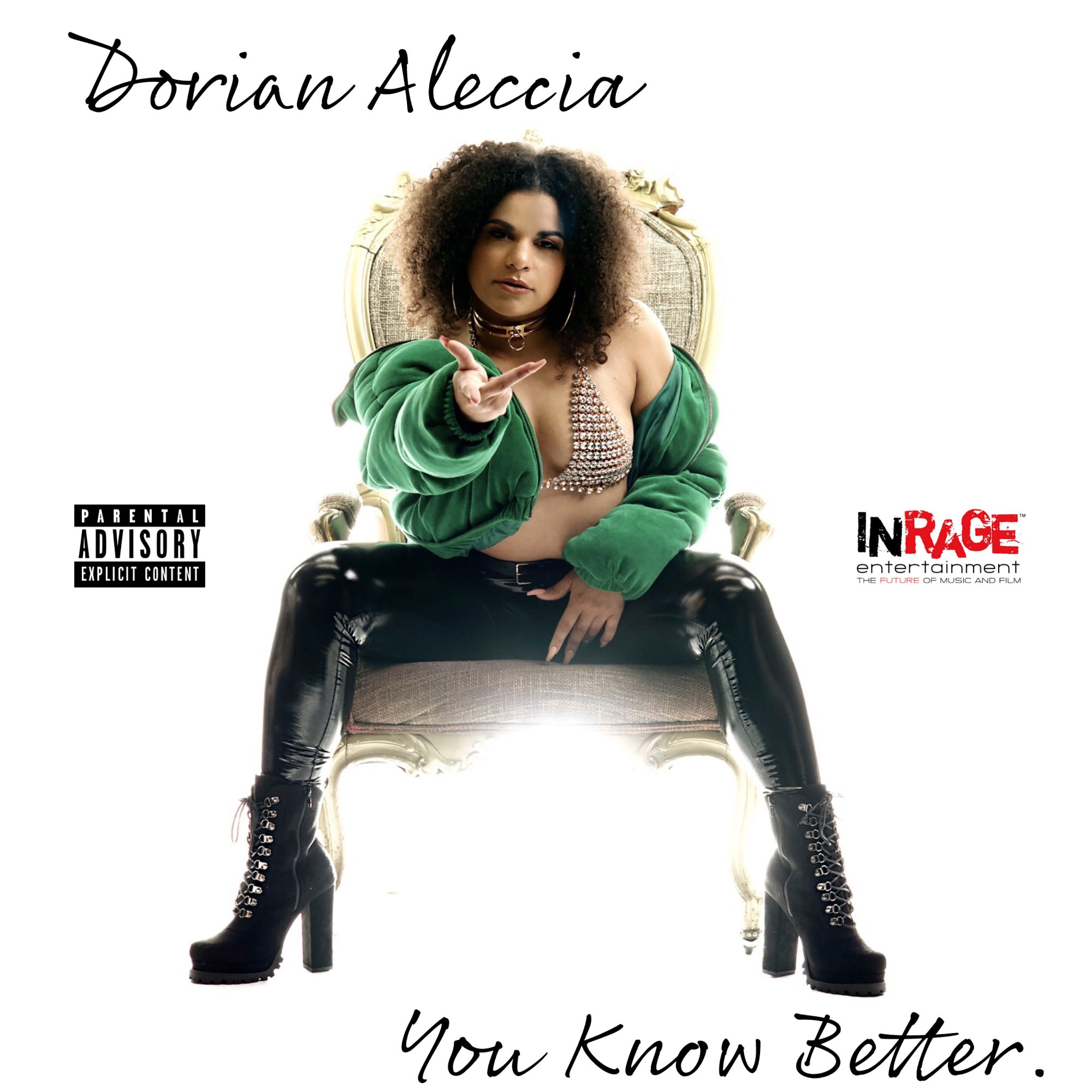