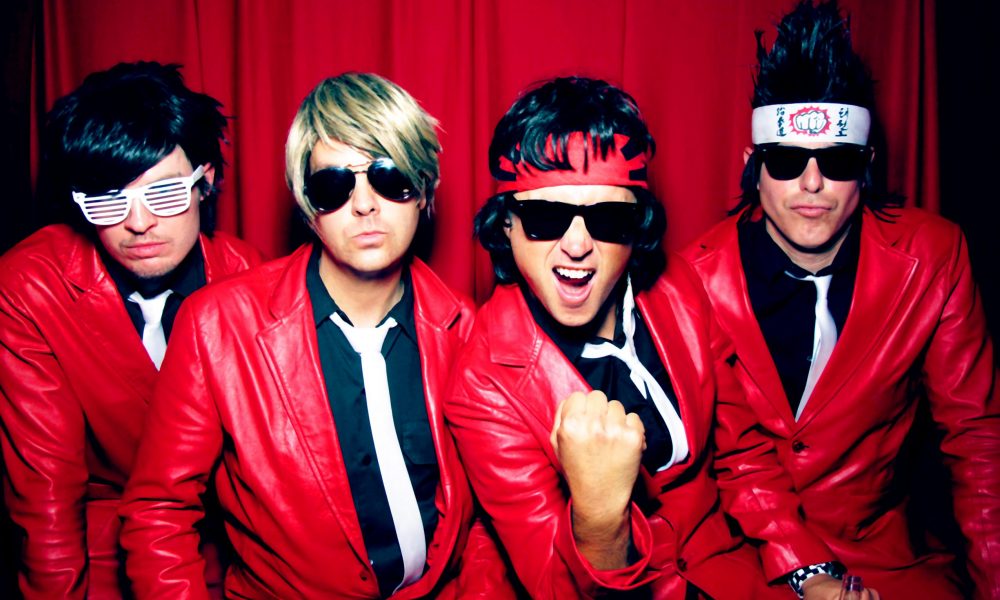 Today we’d like to introduce you to Don Bronze, guitarist and manager of 80s cover band Flashback Heart Attack.

Don, can you briefly walk us through your story – how you started and how you got to where you are today.
We started as an original band doing showcases in LA for record labels chasing the dream. In the process had shows with big LA band Steel Panther. We became friends with them and started playing 80s music to build a following. Just snowballed into playing bigger shows, corporate events, traveling all over the country and playing for charities. The charity events are so eye-opening. We are able to use the band as a vehicle for a much bigger cause and that is to give back. We play charity events locally and nationally and have donated time and money to the various causes.

Great, so let’s dig a little deeper into the story – has it been an easy path overall and if not, what were the challenges you’ve had to overcome?
As mentioned previously, the beginning was rough. Anyone who has been in an original band or plays music knows it’s a hustle. We took meetings with some of the biggest labels in Los Angeles. It was the whole “hurry up and wait” scenario. Unfortunately, at the time, it didn’t seem based on talent. It was based on social media interest. Your “My Space” plays. We didn’t want to wait anymore.

Please tell us about your work. What do you guys do? What do you specialize in? What sets you apart from competition?
The business is an 80s music company specializing in new wave. It’s high energy, edgy, professional touring 80s show playing the USA and internationally. We’re known for bringing the experience to another level. Really bringing the crowd into the show.

As a company, we’re most proud of being able to use the band as a vehicle to raise money for charity. From Cystic Fibrosis Foundation to Pediatric Cancer Research, we’ve raised awareness and given back to almost every charity we’ve ever played for.

What sets us apart is the relationship of the band. We’ve all been friends before starting this and came into it with the attitude of playing the songs like an original band. Not a “cover” band. Most bands are put together with interchangeable parts, sometimes through an agency. For the most part, we’ve played almost 100 shows a year, last nine years, all the same guys. That’s rare. We’ve been Rock n Roll Hall of Fame member Alice Coopers band for a charity event and he noticed it instantly. He even mentioned it in an interview that’s on our website. Green Day singer Billie Joe Armstrong has hired Flashback Heart Attack and Pearl Jam singer Eddie Vedder has played with the band both saying the same as Alice. It’s the “real deal”

Is there a characteristic or quality that you feel is essential to success?
As mentioned above, it’s keeping it real. It’s as authentic as an 80s cover band can be. Haha. We have authentic red leather suits and perform the songs the way they did back in the 80s. We’ve actually been the band backing a lot of the 80s singers (Berlin, Missing Persons, Bow Wow Wow, The Motels, REO Speedwagon, Alice Cooper and others) so we want to make it as close to the original as possible.