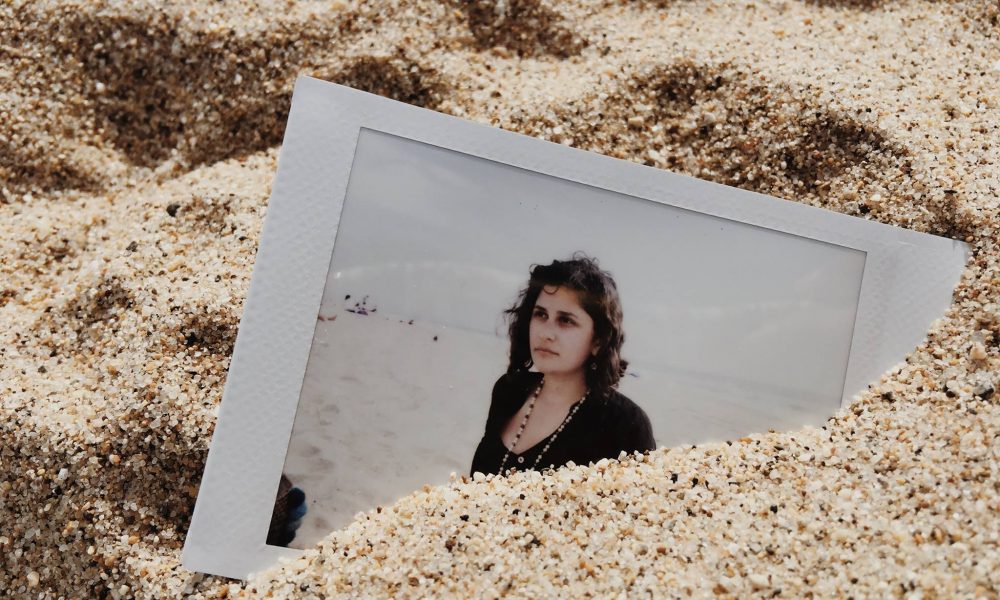 Today we’d like to introduce you to Dominique Sheth.

Dominique, please share your story with us. How did you get to where you are today?
When I graduated from college in 2012, I like many millennials, struggled to figure out what comes next on the path to adulthood. The economy was only beginning to look up and getting that first entry-level job with a B.A. in Sociology was brutal. I tried to keep myself open to all possibilities, as my degree made it possible for me to see myself doing almost anything related to people: writing, working for a non-profit, for the government, for a business. I also spent a lot of my time asking the people in my life for any and all advice they had to share about how they came to do the work they were doing, how they found their passions, what they might have done differently or the things they wished they had done. This say-yes mentality and deep curiosity about people that developed during this time in my life has served me well as a filmmaker and I wonder so much how my life would have been different if I had jumped into a full-time job right away and avoided this pre-quarter life crisis of uncertainty in figuring out who I wanted to be and what I wanted to do in the world.

By 23, I came to a sort of crossroads between my right and left brain. I was in the middle of studying for the GRE and applying to PhD programs in Sociology and had never felt more removed from my creative and artistic side. Every time I would see a film or a great television show, I would think to myself- the people who get to make movies for a living are really lucky. Everything about it seemed like magic and the most exciting form of storytelling. But I felt I had somewhat missed my chance to be a filmmaker, having chosen my path already in college and not going to art school. Looking back on it, it’s crazy to me that I thought I had missed the boat on anything in my early 20s. When I got into USC’s Film & Television Production Program and met classmates who were coming into the industry after decades of working in something completely different like medicine or finance, I really started to realize that it’s never too late in life to do the thing you love. And with our backgrounds in so many different things, understanding the world in such unique and interesting ways, we are richer storytellers. I take my passion for sociology with me as I delve into characters’ lives, whether designing their physical environments as a set decorator or interviewing a subject for a documentary. It’s a really fulfilling as I’ve grown up to start to understand that every experience, conversation, the people you’ve met, and all of the things you’ve learned up until this point has prepared you for what comes next. It’s another reason to say yes in life.

We’re always bombarded by how great it is to pursue your passion, etc. – but we’ve spoken with enough people to know that it’s not always easy. Overall, would you say things have been easy for you?
Everyone is new to something at some point, but going to the best film school in the world and not knowing anything about film meant that every day I was asked to do something for the first time and take on a task I had never learned how to do. It takes a lot of patience with yourself (and from others) as well as confidence to admit that you’re still learning and I’ve seen a lot of people in my industry struggle with that humility. The truth is, I learn something from every film I work on (in any role) because you’re always going to encounter a situation you’ve never confronted before: whether it’s designing a world no one has ever seen before, working with a particularly challenging personality, or when a problem springs up with the software or equipment you’re using. I’ve found that being comfortable with the idea that you’re not sure what to do but will do everything in your power to solve the problem is an incredible asset to a filmmaker.

In film, as with many careers, you learn that there is always going to be someone who is a better technician than you, has ideas you wish you had thought of, or simply has more years and more experience under their belt. Growing up in a generation that puts a premium on using others’ lives as a barometer of our own success, makes it really easy to let insecurities about your talent, abilities and worthiness to get in the way of producing amazing work. As a director, your job is to believe in your vision and inspire others on your team to believe in it as well, even on the days where you question everything, where things don’t work out to plan or you feel like you made a mistake. The biggest struggle along the way for me as a filmmaker, especially as a female filmmaker, has been overcoming the doubtful voices in my head in times of uncertainty; questions of why I’m here and whether I/or my films will be successful. All of these thoughts are only amplified as a freelance filmmaker, as there will be periods where the jobs are few and far between and you start to wonder if this work can sustain you. Filmmaking has been the most challenging thing I’ve ever done because it often raises more questions (about myself, about the world) than it answers but I’ve never been so fulfilled as working in a field that asks you to think bigger and be bolder each day than you were the day before.

So let’s switch gears a bit and go into the Dominique Sheth story. Tell us more about the business.
I am a freelance director and set decorator and work on both fiction and nonfiction (documentary) films. In the industry, it’s unique to find someone who wants to make a career working between these two roles, but for me, the focus on character development that you find in designing a character’s physical space and in envisioning their inner life as a director makes the two go hand-in-hand for me. So much of what I do in both roles, calls upon my sociological background, in thinking through how to represent a character or experience authentically and doing extensive cultural and historical research so that our story rings true for an audience. What I’ve learned in working in the Art Department is how important the physical world in selling the story to the viewer. Great design work is rarely noticed by the audience: it feels natural and we happily accept it, if not feel fully immersed in it. Even one design flaw, however, calls attention to itself like a big red flag and often takes us out of the story. Sometimes, we aren’t even able to articulate why something is wrong- it just feels off and generally, this is because it isn’t believable. More and more there is less latitude to make these mistakes in film and television as audiences expect (and want) more thoughtful and truthful representations of the world, so it’s an exciting time to be a sociological filmmaker. Getting an audience to believe something is the heart of what we do and in that way, it’s the closest thing to magic.

Working as a freelancer is not without its challenges and has called upon me to develop as an entrepreneur. It means constantly putting yourself out there by networking, developing an online/social media presence and seeking opportunities wherever and whenever you can find them. It’s also in a lot of ways like working in a kitchen, you need to have a lot of dishes cooking at the same time and it means a lot of times you’re starting something as the last thing’s ending, while keeping a handful of good ideas on the back burner to work on when commissioned work slows down. If you stop working, it can be really difficult to jump back into the game and it’s a really good opportunity for those fears and insecurities to creep back in. Not every project you work on is going to take off or turn out the way you had hoped, but by keeping multiple projects going you keep learning, meeting new people, and getting your work out there.

Has luck played a meaningful role in your life and business?
As you can imagine, getting into the top film school in the world without experience in film felt like an enormously lucky break, but it’s taken a lot of personal growth and self-reflection to acknowledge that this opportunity to pursue my dream came to me because of something more than luck. It opened for me because I was brave enough to pursue it, instead of holding it as a lofty dream and in doing so, opening myself up to the possibility of failure. Every project you make in this industry is a new opportunity to fail, and this becomes only truer as you grow in your career and the financial stakes are higher. If we all looked at filmmaking this way though, films would never be made. It’s always a risk but it’s also an opportunity and the hardest part is pushing yourself to come up with the creative ideas, telling a good story and being a great (and honest) people person and leader. If you can keep doing those things, the projects will get better, be more impactful and push your career forward. So in that way, behind every successful film or creator is not really luck but a lot of patience, good decision making and courage. 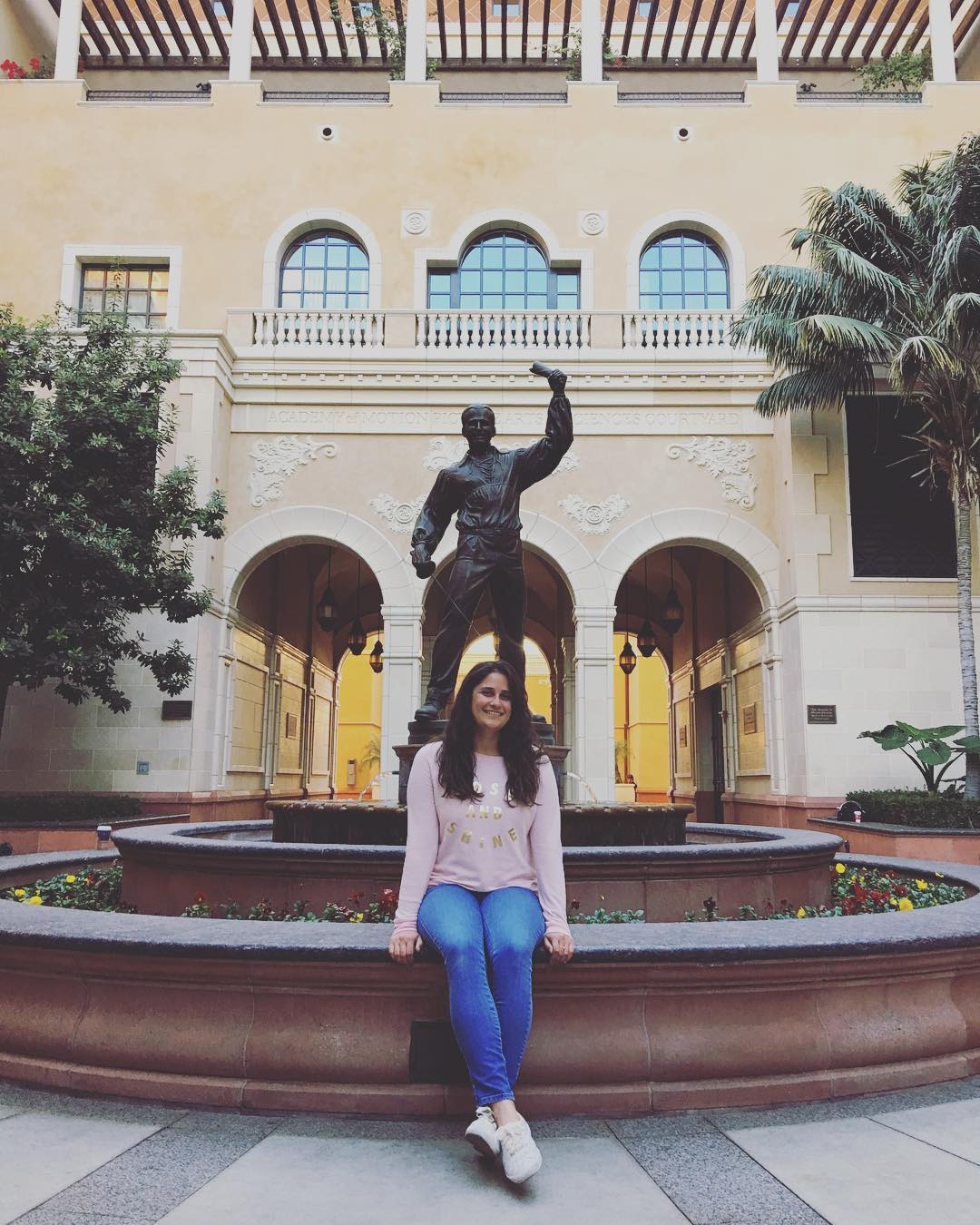 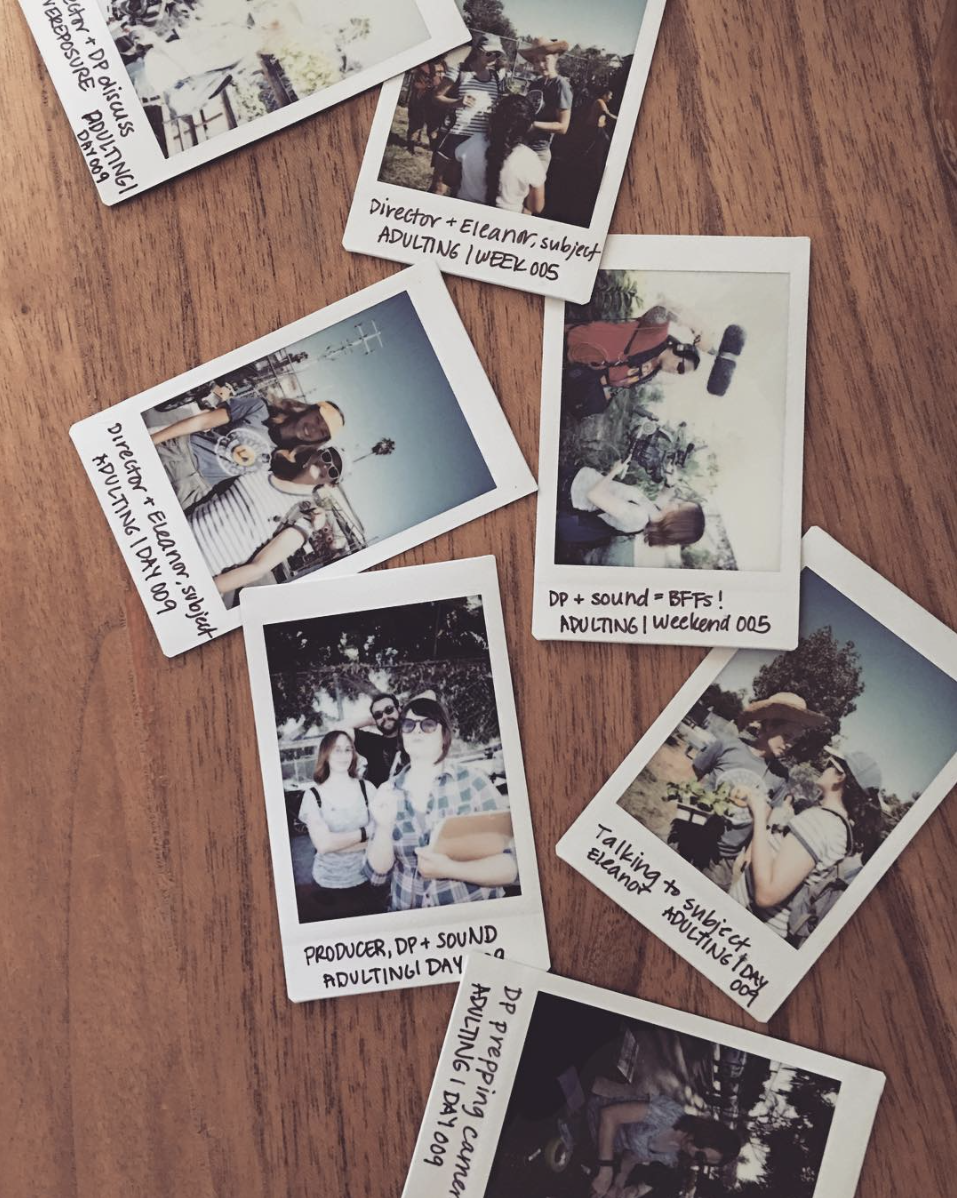 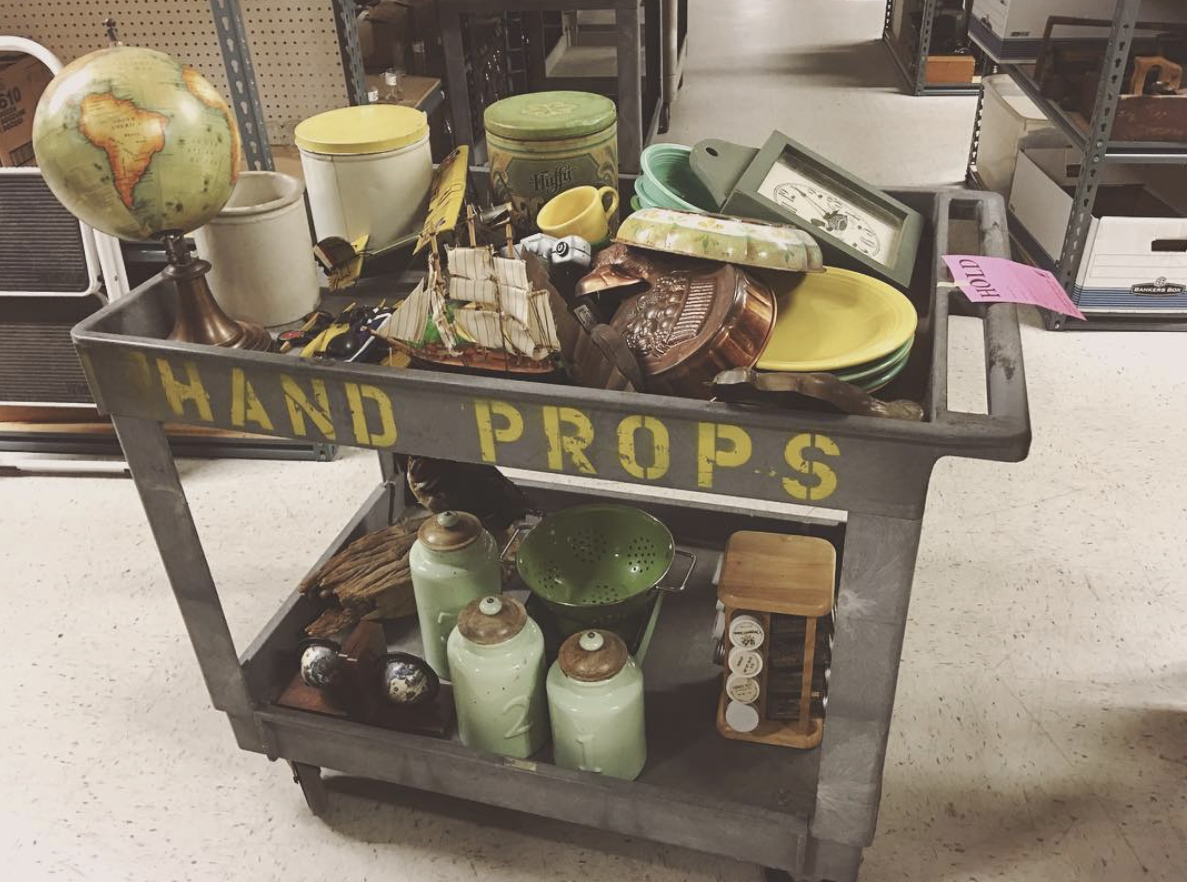 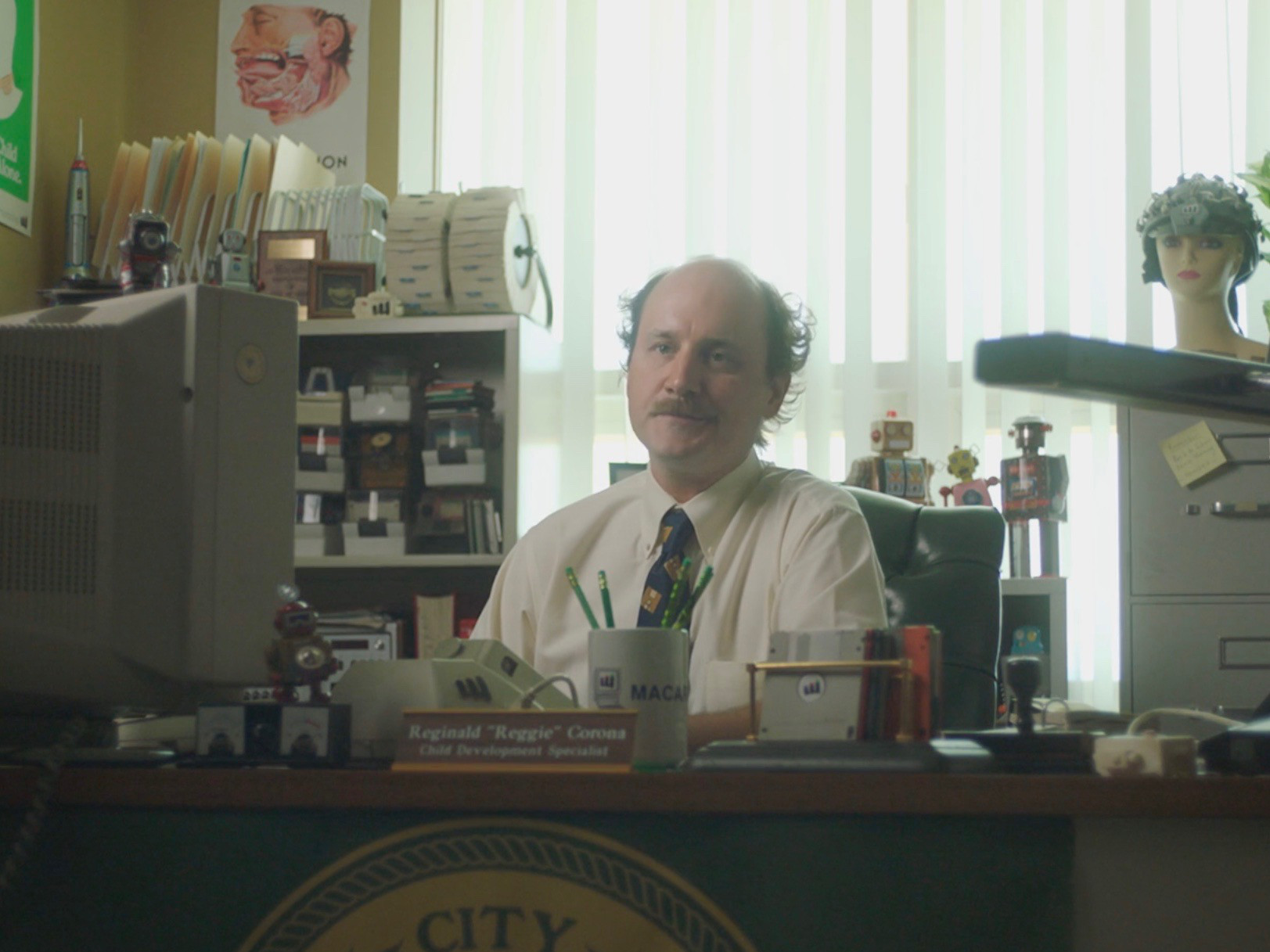 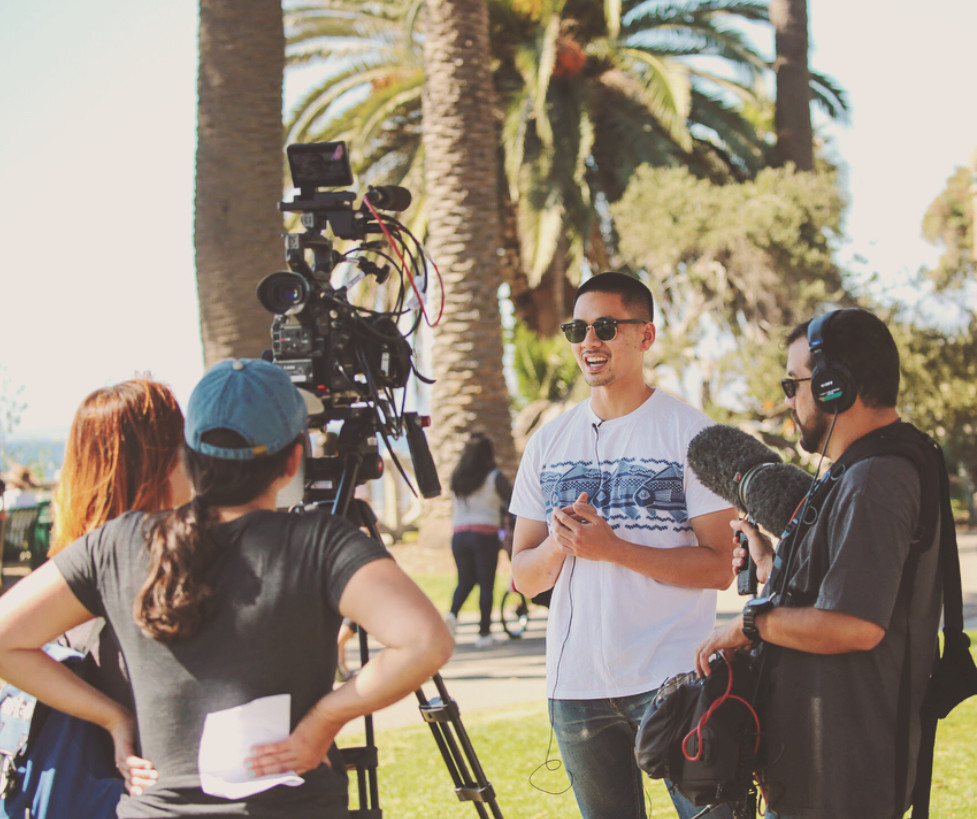