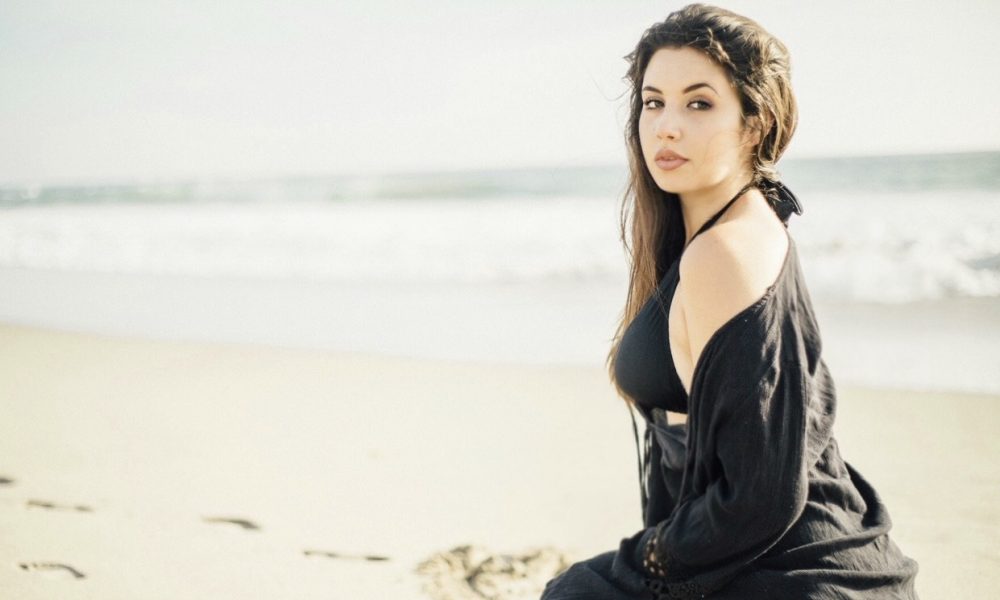 Today we’d like to introduce you to Domenique Fragale.

Domenique, can you briefly walk us through your story – how you started and how you got to where you are today.
I was born in Lincolnshire, in the UK, and grew up in the rural countryside. My dad’s Italian (hence the tricky surname to pronounce) and my mum’s American, so fortunately had those sought after dual citizenship passports.

After attending The Arts Educational drama school in London, I moved out to Los Angeles having just turned 21, it was a huge eye-opener. I’d lived in London before so I wasn’t a stranger to a city but LA was a whole new level. I loved the mixing of all different cultures; the fact that you could meet someone new everyday and they’d have their own unusual story. I also got used to being asked by the locals to say different words in my British accent pretty quickly.

I continue to live between Los Angeles and London.

Overall, has it been relatively smooth? If not, what were some of the struggles along the way?
It’s definitely had its ups and downs. I think any creative would agree. Throughout my schooling becoming an actress wasn’t something that was encouraged. It wasn’t a “reliable” career. I remember sitting in my headteacher’s office being shown universities and community colleges that offered “excellent teaching programmes to instead become a drama teacher” but it wasn’t what I wanted, I didn’t feel that same level of drive to do that. I was fortunate enough to have a family that was happy for me to go after what I wanted, so I applied to several drama schools in the US and UK, including one extremely well known British drama school where I had to audition in front of a mirror, another where the elderly examiners didn’t even look up once to watch me and another tell me to “perform my monologue as if I was the colour purple with an ice cream in my hand.” Show business for you. I’d be lying if I said I didn’t have moments where the rejection, no’s and doors slammed in my face didn’t happen but that’s just a part of it – there will be projects you’re just not right for and that’s okay, you can’t be right for everything, but I learnt pretty quickly that holding a grudge is a waste of energy, you can learn from it instead and put that effort into the next casting.

As a child and teenager, I was severely bullied, as well as my dad being diagnosed with leukemia, so I wanted to put my efforts into something that would make me happy, I started working on an anti-bullying and gun crime short film with a local production company that became a lot bigger than expected. It was shown around schools around the country and I was nominated by a producer for the Diana Award Against Bullying, in which I was awarded at BAFTA, London at age 13. Since then I have been given opportunities to publicly speak and attend events with the Royal Family, Parliament, the Walt Disney Company and many media outlets including the BBC giving motivational talks in schools and corporations covering topics from body image being safe on and offline, as well as the link between physical and mental health – encouraging and inspiring audiences to be the best they can be. In my spare time, I volunteer my efforts as an Ambassador for the Diana Award and MQ Mental Health organizations, as well as becoming heavily involved with fundraising for numerous cancer charities. With the help of the amazing medical staff at Nottingham City Hospital, my father fought the cancer and with my family have raised near to £50,000 over the years.

We’d love to hear more about your work and what you are currently focused on. What else should we know?
I loved storytelling from an early age, there genuinely was nothing else that made me happier, that’s why when I get an audition I try and ask to see as much as the script as possible – if the writing’s good reading it will come natural and learning it even easier, especially if you can find something in it that you can relate to in some way. Yes, this film and television industry is still that, an industry and money has to be made, but if you can’t find joy in it, what’s the point?

Some of my favourite productions to work on have been ones where you can just feel the sense of care that the whole team is putting into it, like the short anti-bullying film and Amazon Prime viewable feature ‘My Best Friend’s Famous’ with Four Eighteen Films. They’re committed to creating low-cost, high-quality productions that center strongly on character and story.

When you’re working on a project, days and nights full of concentration are long enough for an actor, so when you have a team that genuinely cares, it makes those 4am call times easier.

I still continue to volunteer with my efforts as an Ambassador for the Diana Award Against Bullying and MQ Mental Health organizations, as well as attending events with the Royal Family, Parliament, the Walt Disney Company and many media outlets including the BBC and given motivational talks in schools and corporations covering topics from body image, being safe on and offline, anti-bullying, as well as the link between physical and mental health – encouraging and inspiring audiences to be the best they can be. I now also work as a BBC Radio Presenter on my “Feel Good Show”, bringing smiles to audiences on a weekly basis.

In 2019, I was also awarded the title of Deputy Miss England in the Miss World Organisation. I never thought I’d enter a pageant but once I understood the aspect of how much charity work could be done, I used the platform to give a voice for those who don’t and to educate, encourage and empower the next generation of girls.

What is “success” or “successful” for you?
Every time I have the opportunity to work with the Diana Award I feel inspired and hugely motivated to keep following their motto; “That young people can change the world.” I’m extremely proud to be able to call myself a Diana Award Award Holder and Ambassador and to have something so wonderful and positive come from negative experiences in my life.

In terms of in my career, I hadn’t auditioned in a few months, was temping in an office part-time and felt completely at a dead-end when my agent called me to tell me I would be auditioning for Nina Gold’s office. I knew I had two options: let the nerves consume me or see this opportunity for what it was – a job. If I put the work in and could come away from that audition saying “I did all that I possibly could”, then I knew I would feel better about it, whatever the outcome, so that’s what I did. I worked hard and it fortunately paid off. Receiving the call that I’d be cast in Joss Whedon’s (The Avengers, Buffy The Vampire Slayer) latest television series with HBO, The Nevers, was Indescribable. He’s an incredibly talented writer and an encouraging director, who creates these bad-ass female characters that are so layered you can’t help but be captivated by them. In his Equality Now speech he gave in 2006, he said “Equality is not a concept, not something we should be striving for, equality is like gravity…” so I’m very proud to be a part of a production that is so supportive of female roles. Filming has unfortunately been put on pause right now because of Covid-19, but people’s health is a priority. There are hundreds of extremely skilled individuals working on the show and their well-being has to be cared for in order for the series to be the best it can possibly be. Once we’re able to get back to work, trust me, audiences are going to love it. 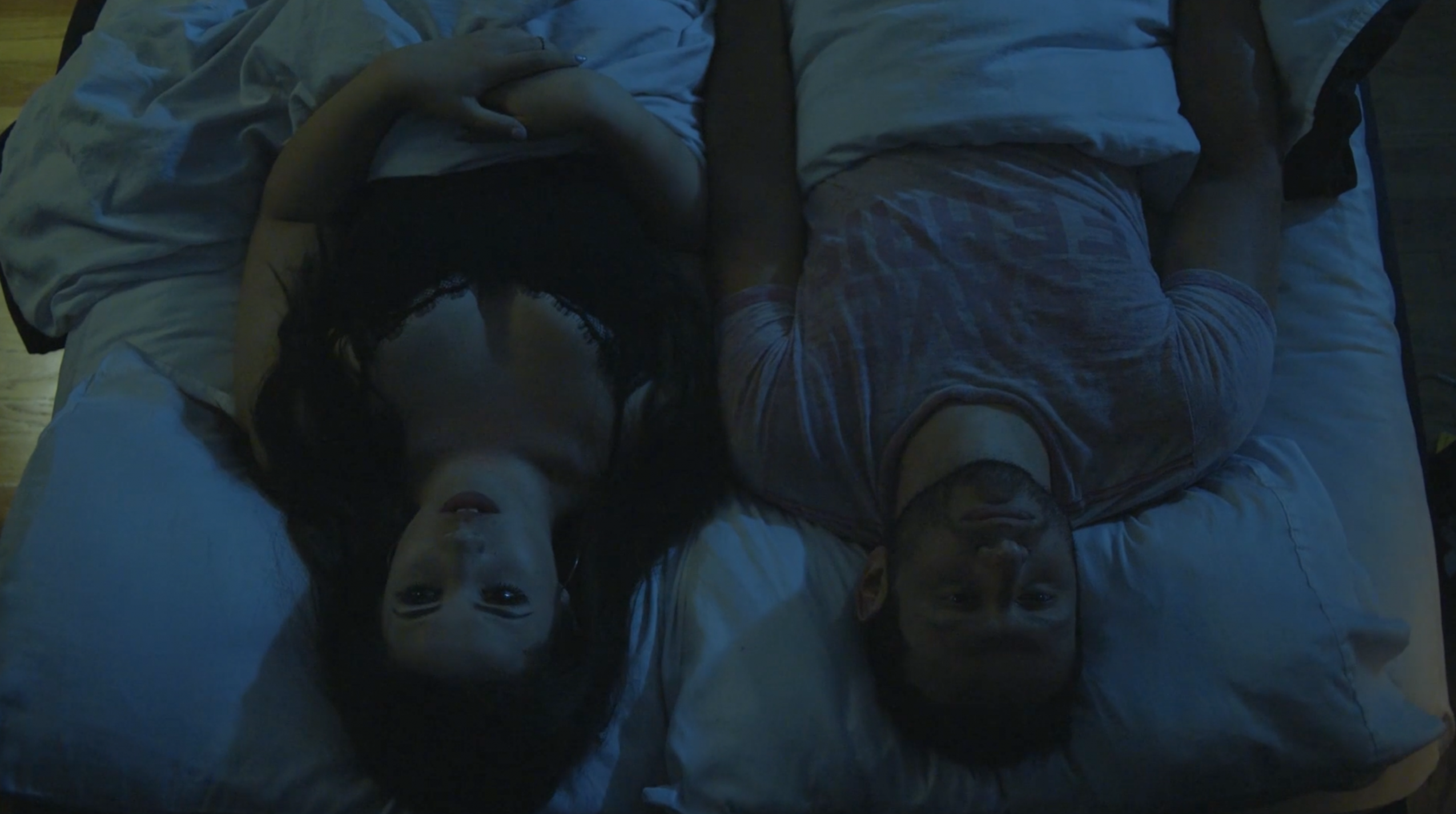 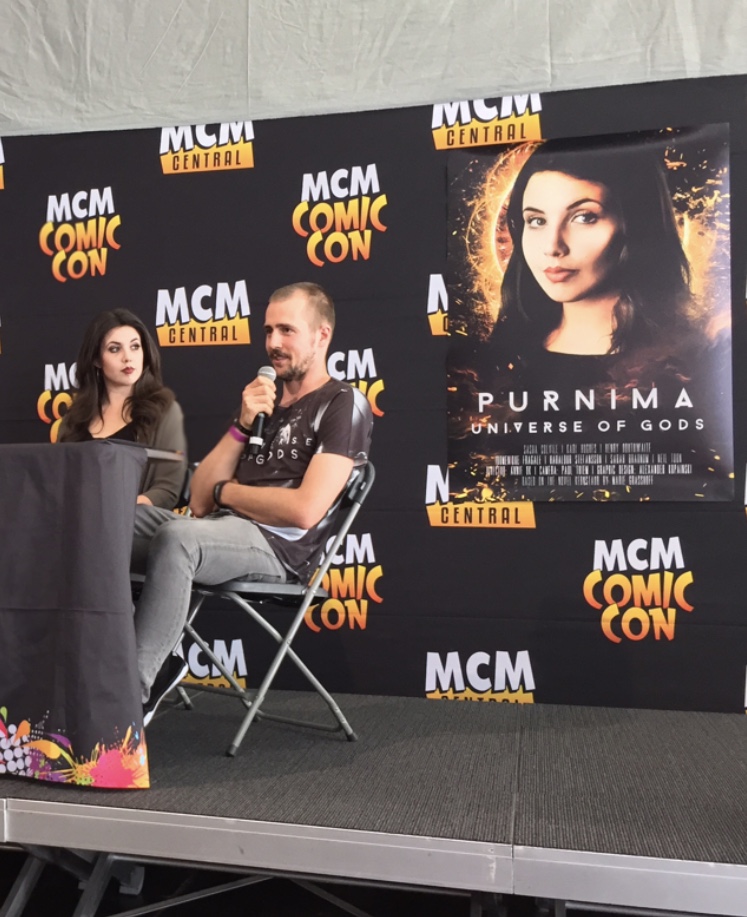 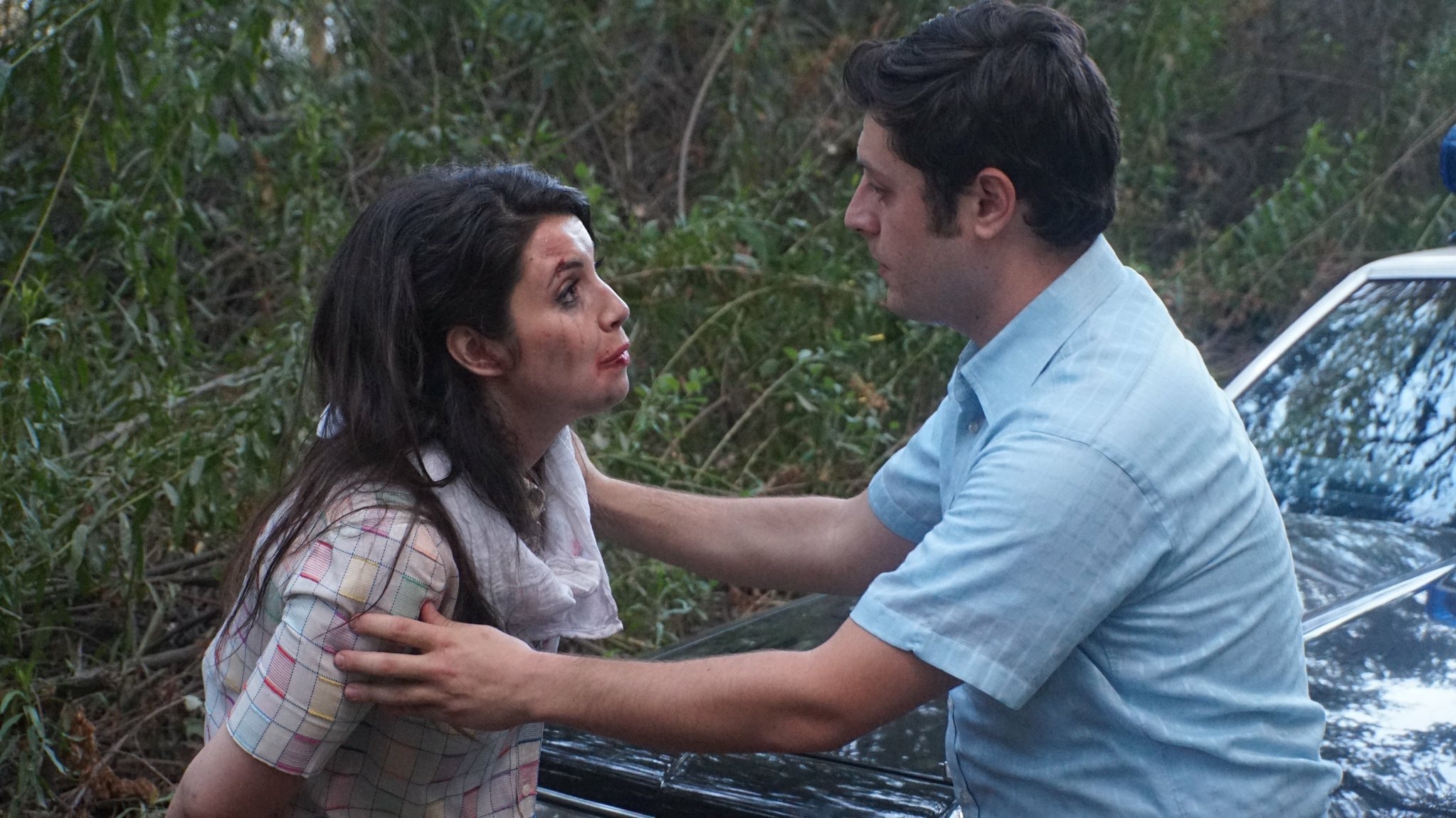 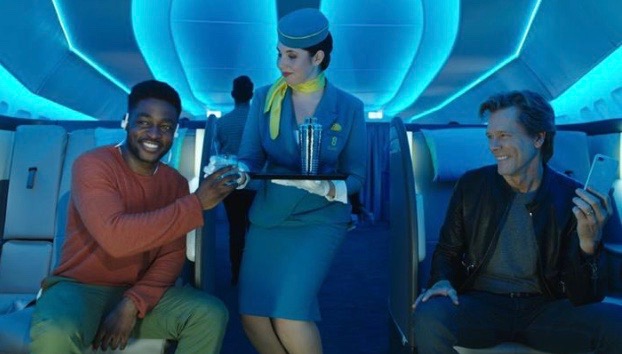 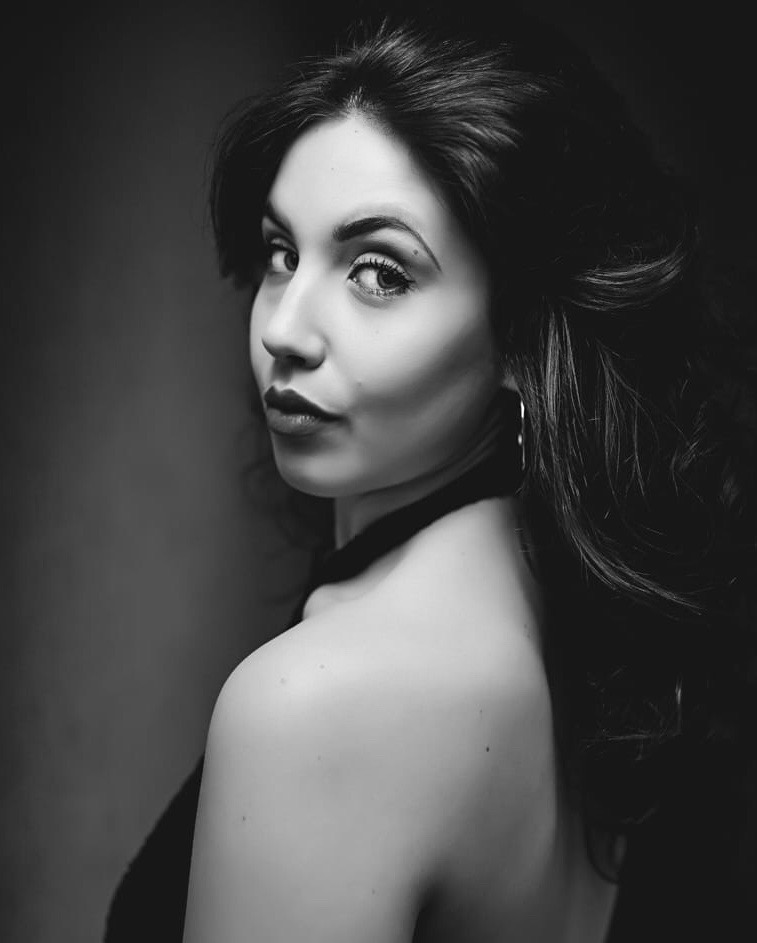 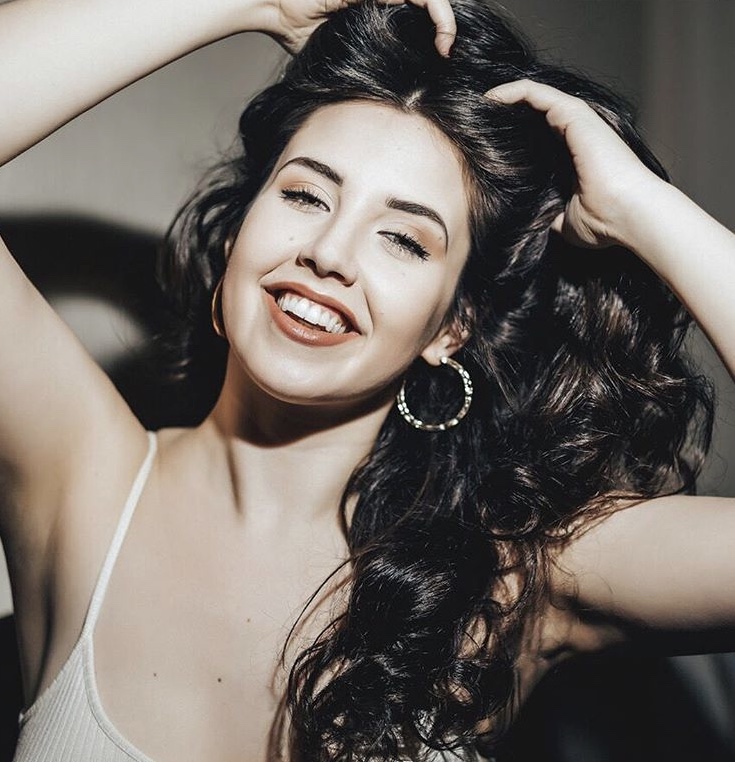 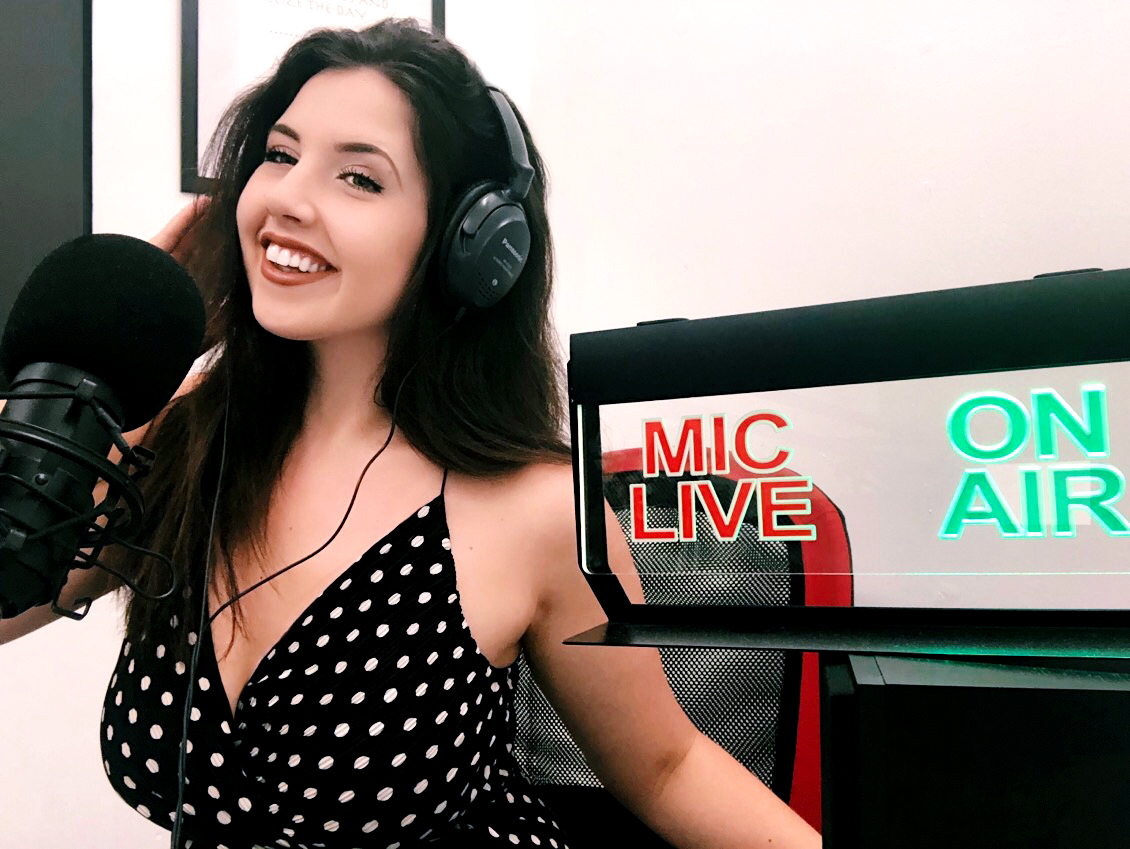