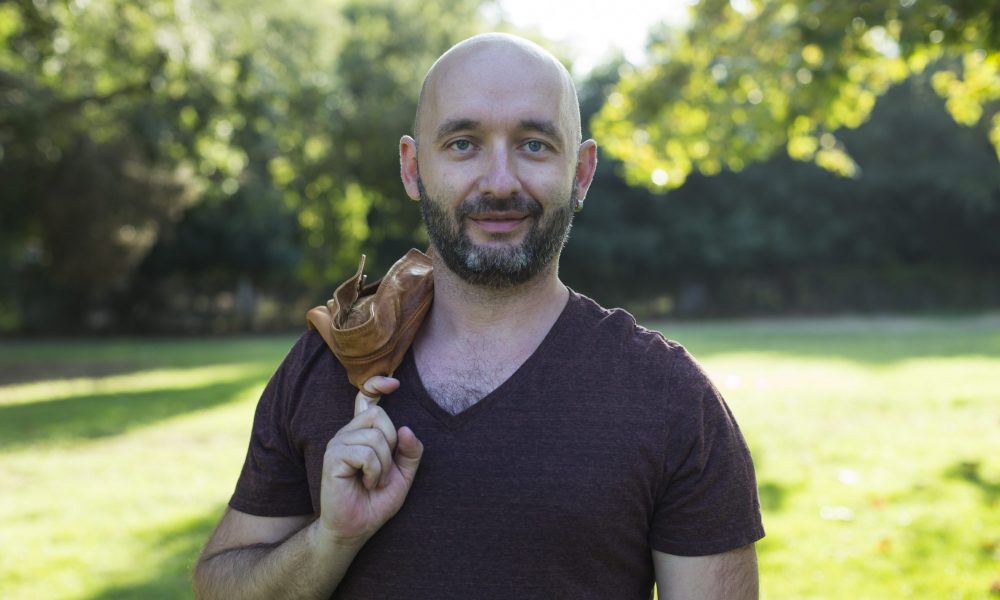 Today we’d like to introduce you to Dmitry Vershinin.

Dmitry, can you briefly walk us through your story – how you started and how you got to where you are today.
I have a very mixed background – Bachelor in Journalism, 10 years of news reporting (being always on the plane, traveling around the world) plus film school gave me this quick decision-making brain. I learned to analyze data quickly and see possibilities, but I was a terrible business man (which I’m still, but hopeful). I am exploding with ideas, but rarely could turn them into reality.

So, one day I got the idea of getting a drone with camera. That was 2014, drones were not very common. I made some research and ordered one from China. Well, that one didn’t take off, it was a bulky, complicated machine with cables, switchers, etc., a sophisticated engineering equipment, not for someone like me. Normally, I would give up and move to the next project, but I found this new drone that just came on a market and I decided to give it another chance. It was over $3K purchase and I got my first inspiration.

It was nice and shiny, like a new iPhone. Everything was easy to put together, and I made my first flight in Coronado Island, San Diego. Turned out, flying drone was fun, but very stressful. Wind, trees, power lines, airports, police helicopters weren’t helpful. So, day after day, I was practicing until I got enough footage and pictures to put my website together. The idea about the name came pretty simple, I didn’t want to lose my Russian identity, and yet, I wanted something cool and funny. And all my friends said Russiandronedude was catchy, fun and cool. Well, it was before Russians colluded with we all know whom.

At that time it was still a hobby, I was producing movies and commercials and drone was just an addition to my package. Then, I decided to learn more about photography, I started to do HDR pictures from the drone and some came out pretty good. I flew on several short films and music videos until I found an interesting tendency.

Directors realized that drones can be a cheap replacement for cranes, steady cams and even car mounts. Few of those who I worked with wanted me to “lower the angle, get as closer as possible to show the actor’s face”. I refused. I walked away from couple of productions.

Because it was too risky to fly, I didn’t want to put actors at risk, neither the drone. Eventually, I crashed it on one of those shoots, the propeller caught in a palm leaf and took the drone down. After that, I said I don’t want to work on these shoots anymore.

There are a lot of controversies about drones in Hollywood. Every now and then I read on a Facebook or NextDoor App people complaining “I was naked on my backyard and suddenly drone was hovering. I wanted to bring my gun and shoot it, I want my privacy”. People, who say this makes me laugh. First of all, privacy doesn’t exist anymore, it’s gone. Government, Facebook and AT&T knows everything about everyone.

Second, if your last name is not Lawrence or Cruise – who cares about you naked on your backyard? Seriously. Well, maybe your Ex.

I believe drones can make world a better place. The government is implementing regulations, but it’s still a wild wild west. Nowadays, drones are making bridge inspections, landslides, drones can get into places where helicopters can’t. Hopefully soon, it will be possible to rescue people with drones and make delivery. Can you imagine a drone bringing you coffee in the morning? How cool that would be?!

Has it been a smooth road?
Couple of crashes. Plus, one big drone company wants to sue me. Apparently, they don’t like me using Drone Dude, because they have trademark on it. Typical story of corporate America trying to shut down small businesses because they think “their trademark is being stolen”. Will be an interesting lawsuit if they bring it to the court.

So let’s switch gears a bit and go into the RussianDroneDude story. Tell us more about the business.
At this time, I’m more focused on producing. I put together commercials, corporate videos, and just finished pilot for a cooking show in Virtual Reality 360. Looks cool.

Drone business got really competitive, plus I’m still working on my FAA commercial license, so at this point I’m only flying for fun and sometimes for my friends.

How do you think the industry will change over the next decade?
Technology is changing very fast. At this point, battery lifetime is the biggest challenge. For now max flight time is 20-30 minutes, but I know many companies are working to fix that including Tesla, Apple, etc. Last year, global market for drones was $2.5B excluding military. Combined, over $14B. That’s a lot of money and lots of people want to have a piece of that pie. Definitely drones are most popular in construction, military, agriculture, and filmmaking. More and more businesses see drones as an opportunity.

But, meanwhile, drone in the hands of someone inexperienced can be dangerous. Power lines, airports, highways – tons of crashing drones video on YouTube. From now, there are no any restrictions on sales in the States. Meaning anyone could get a drone and go fly it. And the only regulation that FAA has is to register each hull on their website. So, in case you crash it and some damage occurred on someone’s property, they will track you and make you pay.