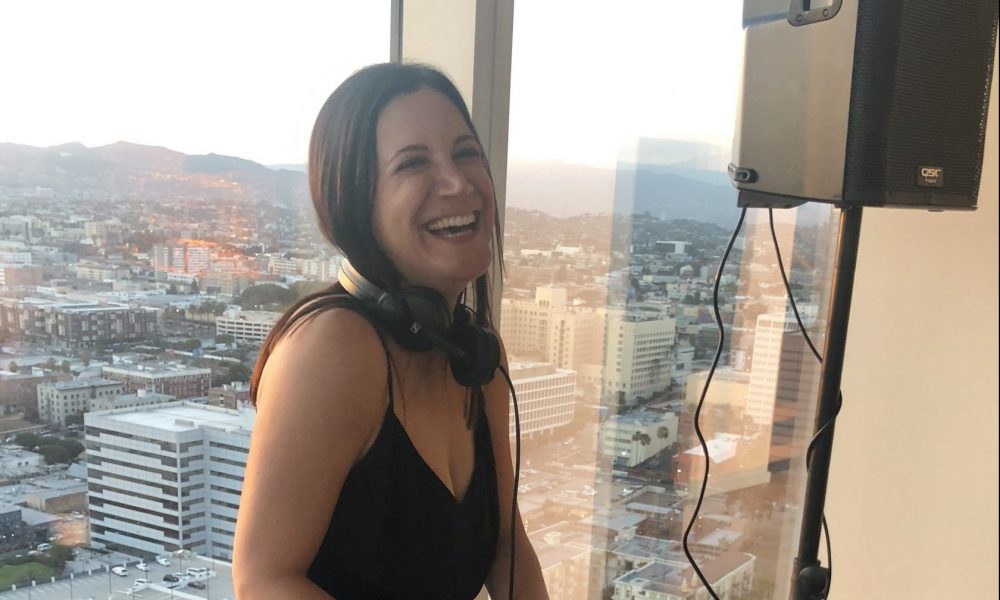 Today we’d like to introduce you to Cathy Rozansky aka DJ Cathy Michele.

Cathy, let’s start with your story. We’d love to hear how you got started and how the journey has been so far.
My love for music began when I was a little girl flipping through my dad’s vast vinyl collection. I can remember spending hours staring at the album covers of Saturday Night Fever, Purple Rain and the Grease soundtrack. When I was seven years old, I became a classical pianist and at 15 I took up acoustic guitar. After receiving my B.A. at the University of Wisconsin-Madison, I quickly returned home to Los Angeles for my dream job at Tower Records in Westwood.

After working various unsatisfying jobs, I was encouraged to volunteer at the LA NPR affiliate, 89.9fm KCRW. I volunteered 1-2 times a week in the music library and in the studio and every time I had to leave I was depressed! I knew this was the place for me. I decided to make a demo for Music Director Nic Harcourt. I got the opportunity to fill in on a couple of very late-night shows and then, the midnight Friday night slot suddenly became available. I’m not sure if it’s because they wanted another female programmer in that slot, but after only three times on the air, the slot was mine. I hosted the show Pop Secret from the year 2000-2007. During that time, I was hired to DJ at bars, clubs, restaurants, weddings and other private parties. I was flown to Miami, Paris, Sun Valley, Mexico, and more. I got to introduce my favorite bands on stage. I got to fill in on-air for Nic, Garth Trinidad, and Anne Litt. I was living the dream of a music lover!

When I met my husband, I realized the late-night life was no longer working for me. I quit my job at KCRW, sold my entire record collection (to make room for a baby) and became a stay at home mommy. Although I was approached to do more DJ work, it just wasn’t in the cards with two young boys and a busy husband.

Exactly three years ago, August 2016, I got the bug to work. The only work I wanted to do was DJ-ing. But who would care about me anymore? I was no longer an on-air programmer. The only outlet I had was Instagram and Facebook and I was a mother of two living in Tarzana…not exactly the “coolest” life. I wasn’t seeing other DJs or going out at night. But still, even though my husband wasn’t totally on board, I knew I needed to try.

I bought all the new “modern” DJ gear that I needed. No more carrying around cds and vinyl. I needed my laptop, software, a basic controller and some speakers. I taught myself the basics of Serato DJ. I made a mix, which I thought was pretty good (it wasn’t). I then asked my contact at Equinox if he needed a DJ for their anniversary party. They liked my mix and I was hired. It was my first big job since 2009. I then put some feelers out to some friends and hooked up with Nicole Hirsty of Cobalt Events, a friend from my boys’ preschool.

I am interested in real estate and love the show Million Dollar Listing LA, so I had this vision of being a DJ at real estate parties. Nicole contacted me about DJ-ing a $25 million open house for James Harris and David Parnes of The Agency and I froze. They were the stars of “Million Dollar Listing,” my very favorite show. That job led to another party for them two days later and the rest is history.

Since those two open houses, my career has turned into something I could never have imagined. I have since DJ-ed multiple events for The Agency, some on the show, some not. I have done birthday parties, school galas, charity galas, the finale for The Real Housewives of Beverly Hills and…Andy Cohen’s infamous, epic baby shower!

2019 has been my biggest year yet. In January, Nicole told me she was planning Andy Cohen’s baby shower. I wasn’t sure if she was just telling me because we are friends or because she wanted me to be involved. I told her he needed a DJ at this shower and that it had to be me. Luckily, I made an impression and became the DJ they didn’t know they needed for that shower. Getting the Housewives from all over the country to dance on tables at the Palm was something I will always make me proud! And if I can do that, I think I can do anything…

Great, so let’s dig a little deeper into the story – has it been an easy path overall and if not, what were the challenges you’ve had to overcome?
Having a husband and two kids does not make DJ life easy! I often have to struggle to find childcare so that I can get out at night (or during the day). Also, I sometimes miss out on family activities. But I try to make my family a priority and don’t work more than I should. I also really need to overcome my anxiety, self-doubt and nerves….it feels like each job keeps getting bigger and I need to be able to have confidence in myself.

We’d love to hear more about your work and what you are currently focused on. What else should we know?
These last three years I have been lucky enough to do what I love the most…DJ luxury open houses. Of course, I DJ all kinds of parties but these are ones that I really love. I generally do not DJ kids’ parties, mitzvahs or weddings (although I am taking some offers that I can’t refuse). Although I was once a radio DJ, I don’t take on the MC role as much as I do the music role. I think what sets me apart is my musical ear…I like to find fun, unexpected remixes of songs people love and craft an energetic mix. When people meet me, they can’t believe I’m a DJ because I’m a mom of two living in the suburbs. But what you see isn’t what you get with me…I like to surprise my clients with my ear and my edge. I have also been told by planners and clients that I’m the most responsive and well-prepared DJ they’ve ever met.

Is there a characteristic or quality that you feel is essential to success?
Prepare, prepare prepare!!! Preparation for an event and knowledge of the client is key. For Andy’s baby shower, I had absolutely no idea what music I should play and had no direction from anyone (even though I asked multiple times). So I read his autobiography and studied his Instagram to get to know his tastes. Then I studied the Housewives (Lisa Rinna in particular) and prepared for a possible dance party. For a big event, I will study the client as best I can and break down each and every song in order to get ready. 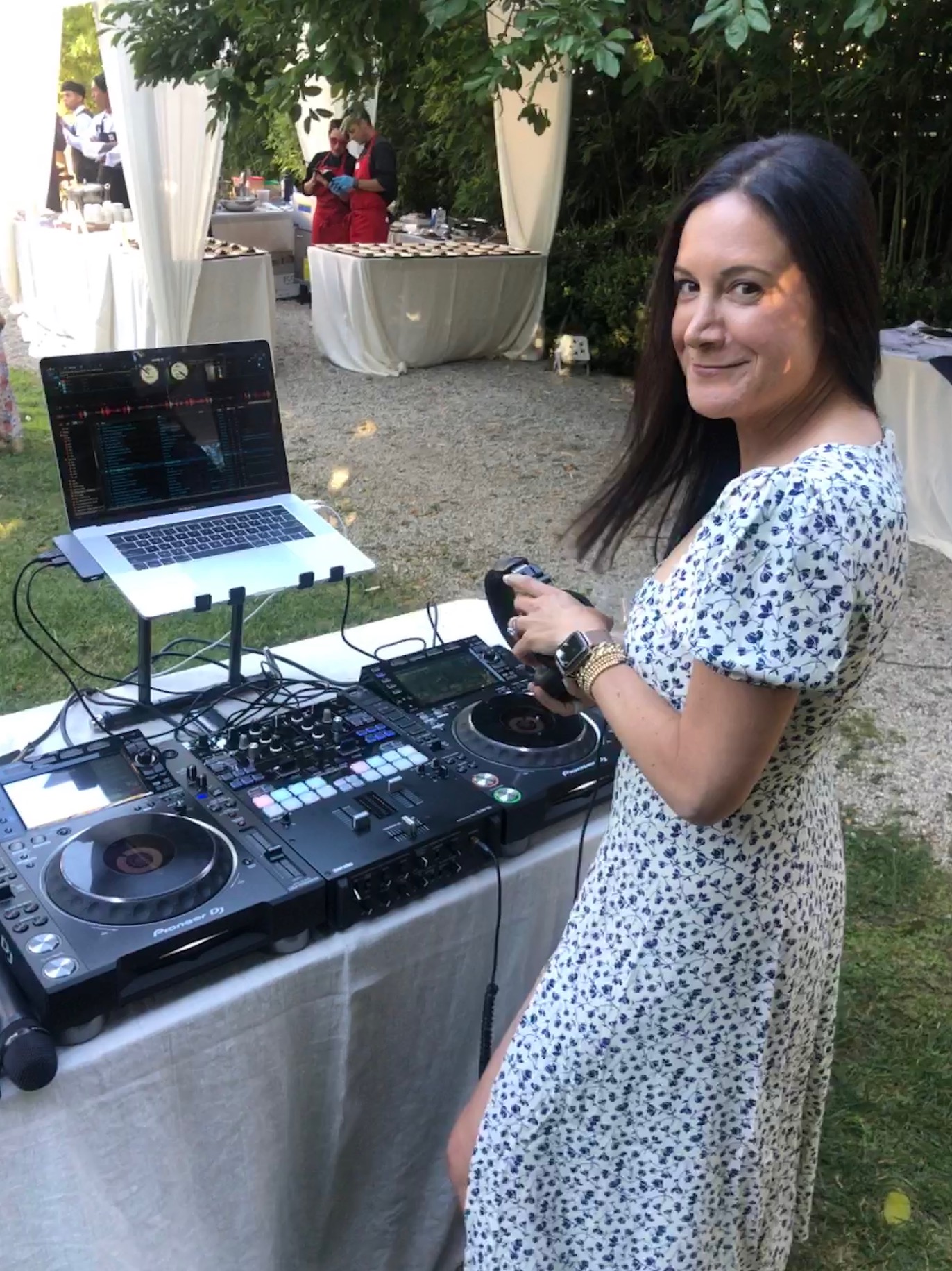 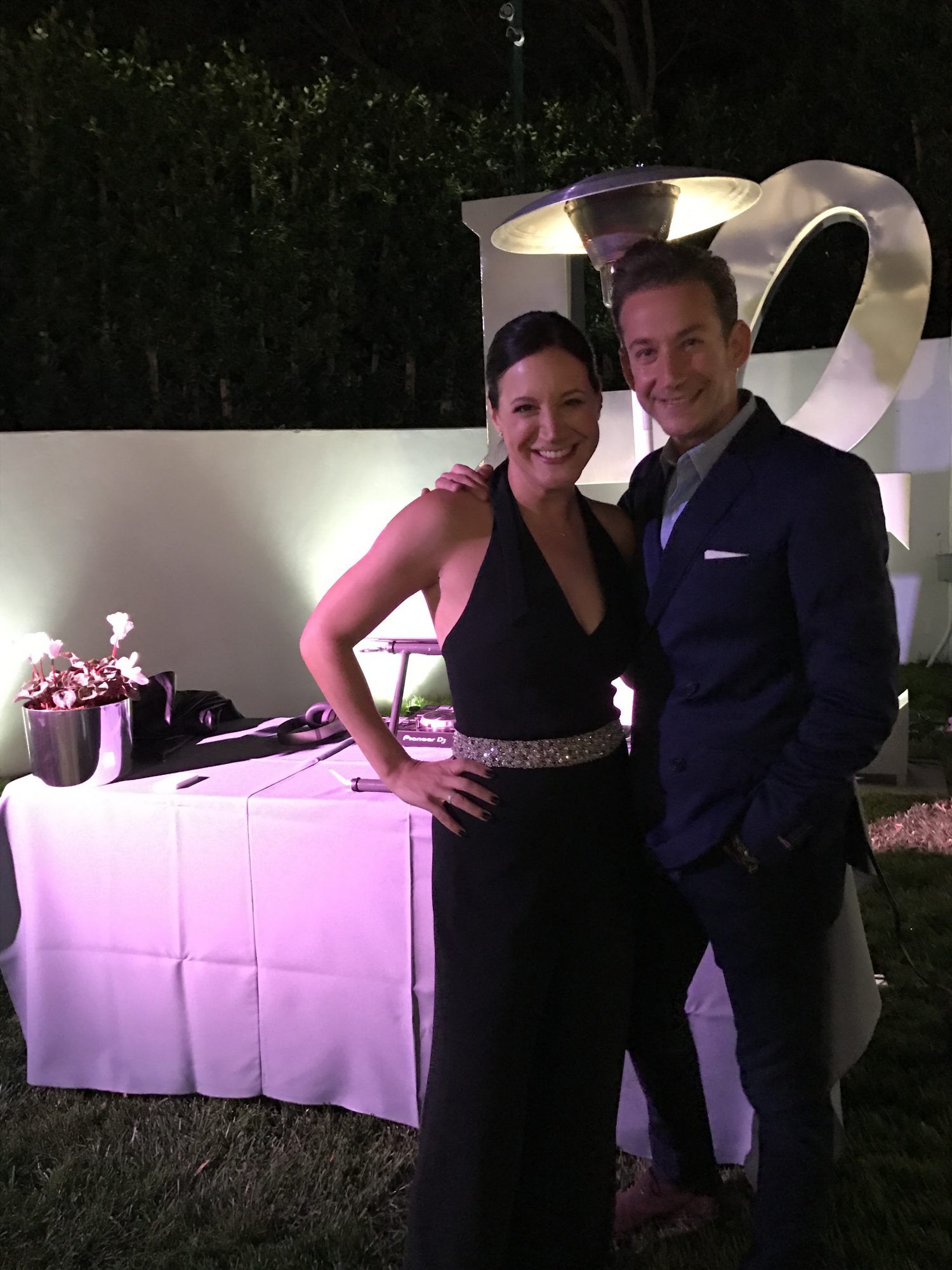 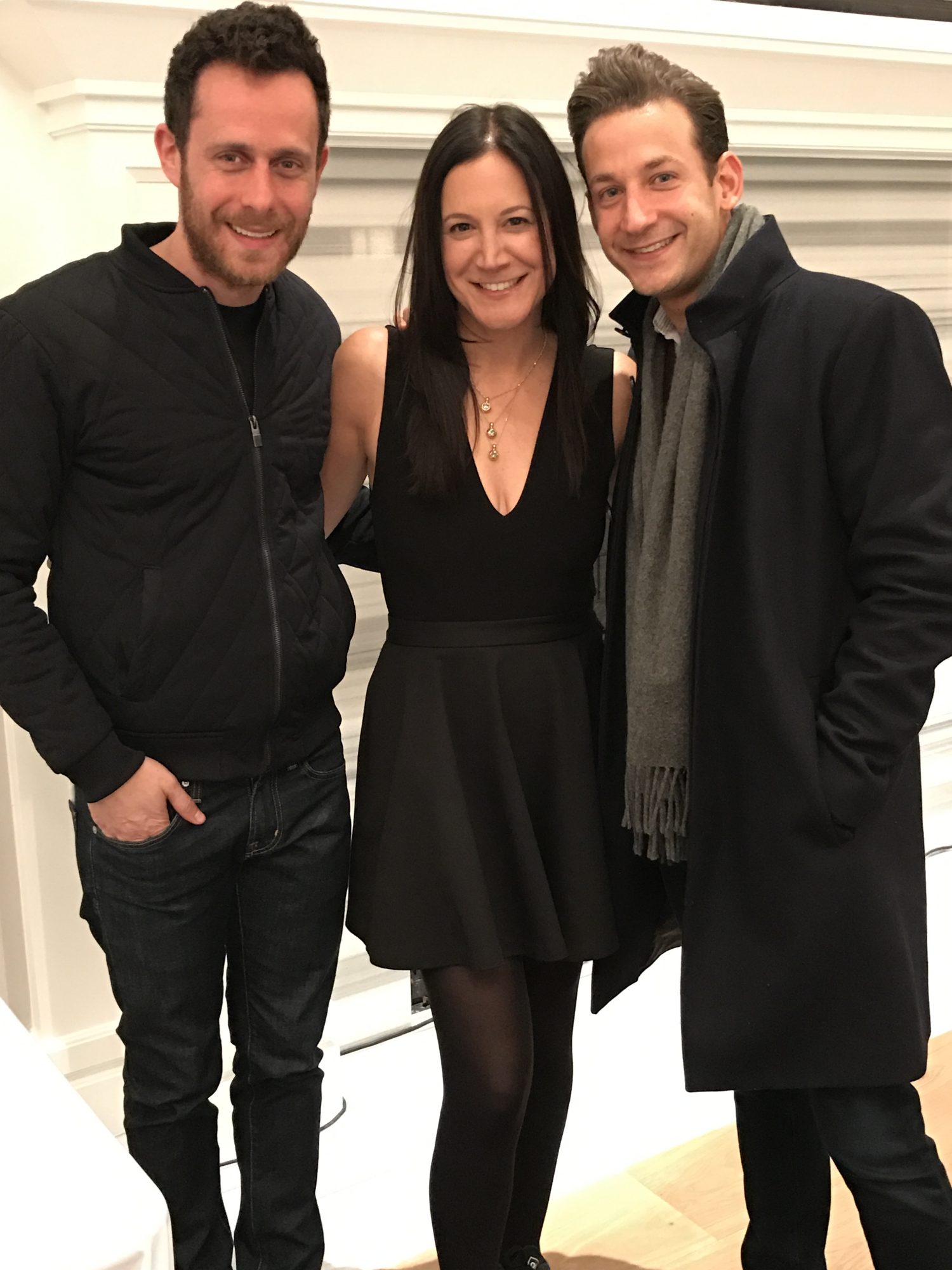 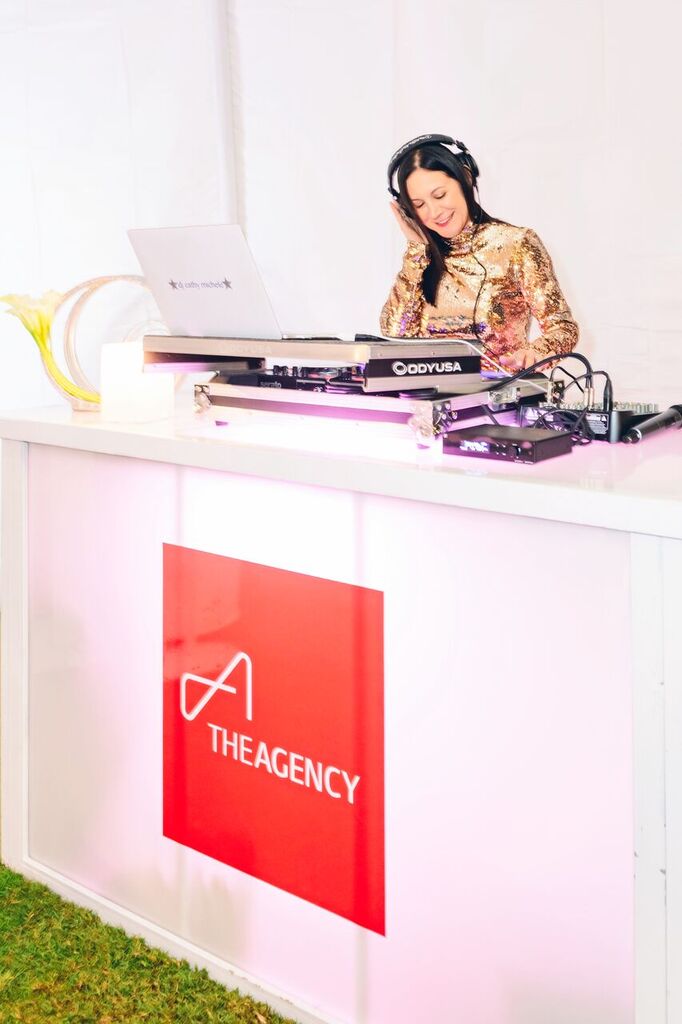 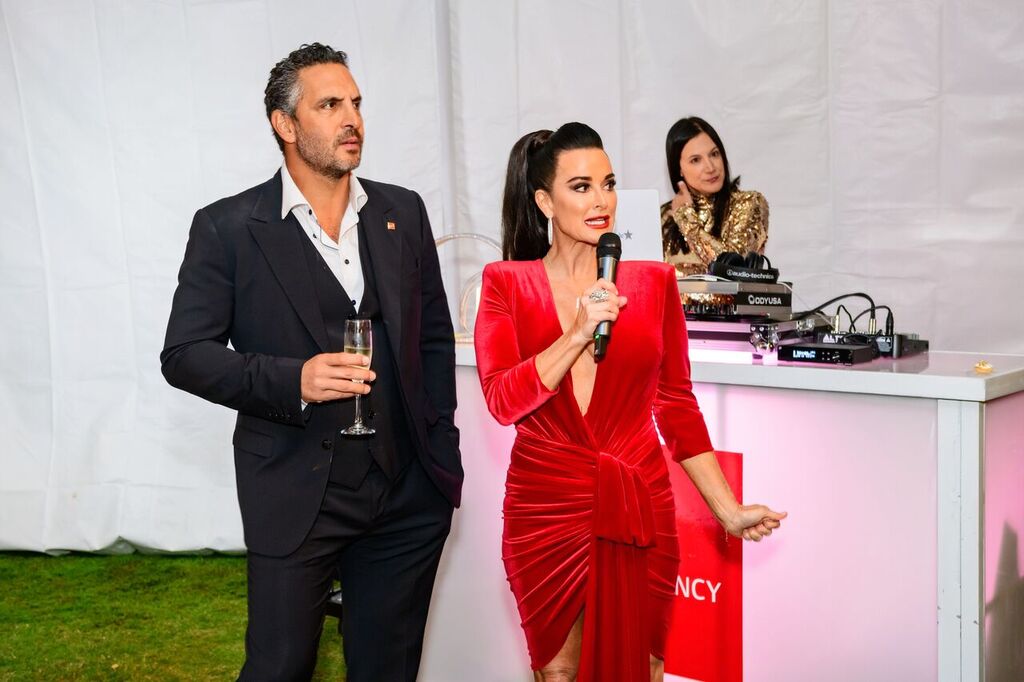 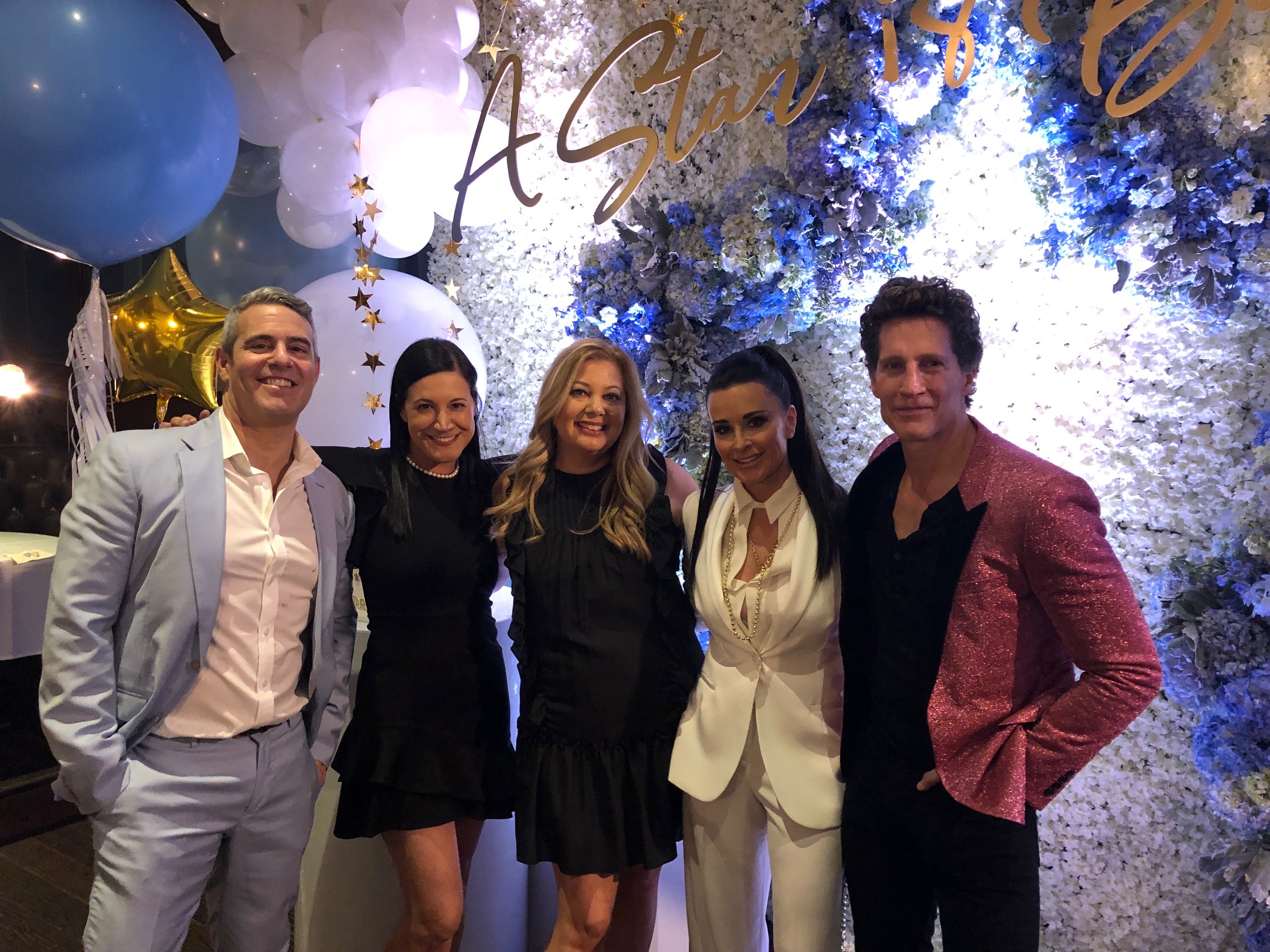 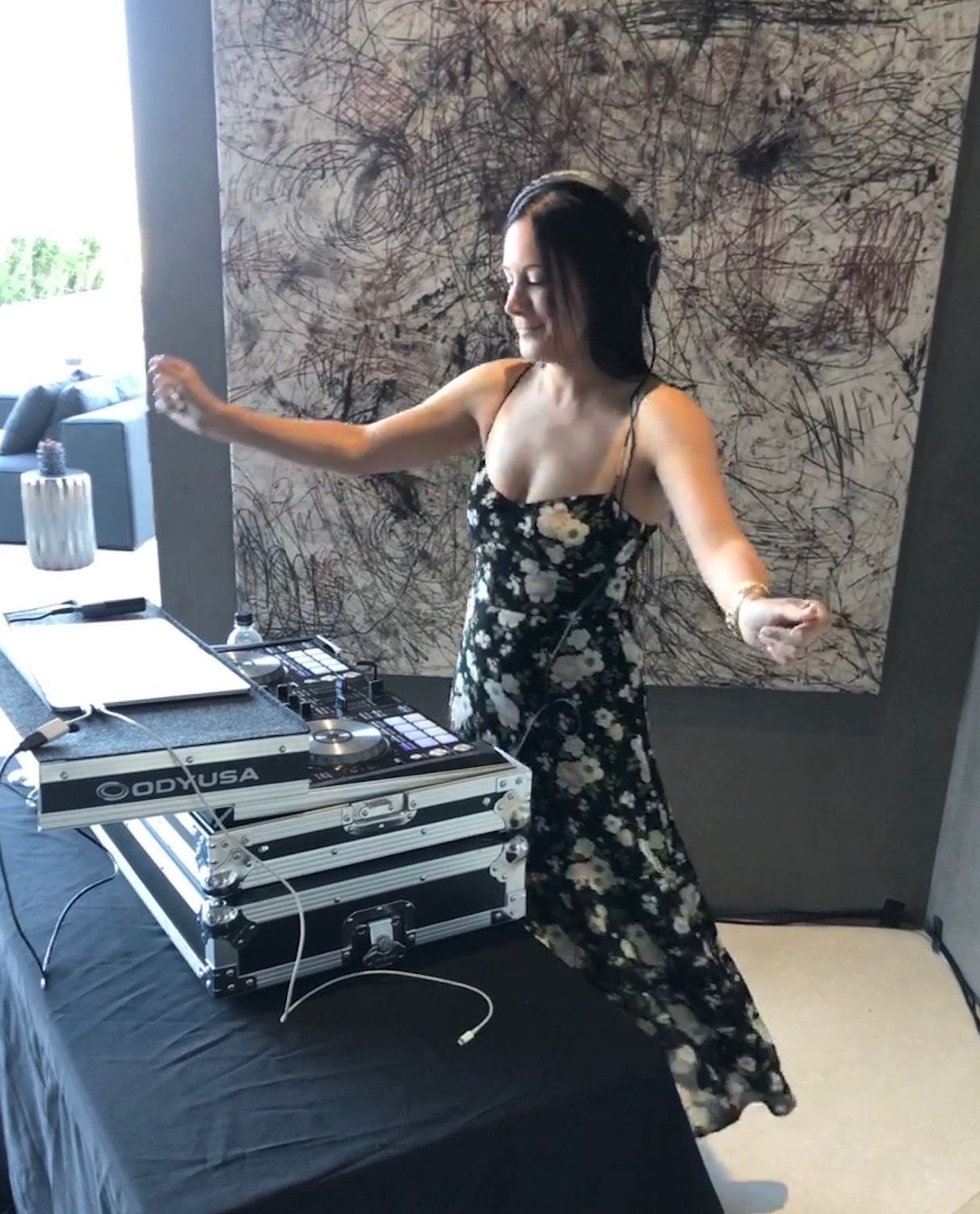 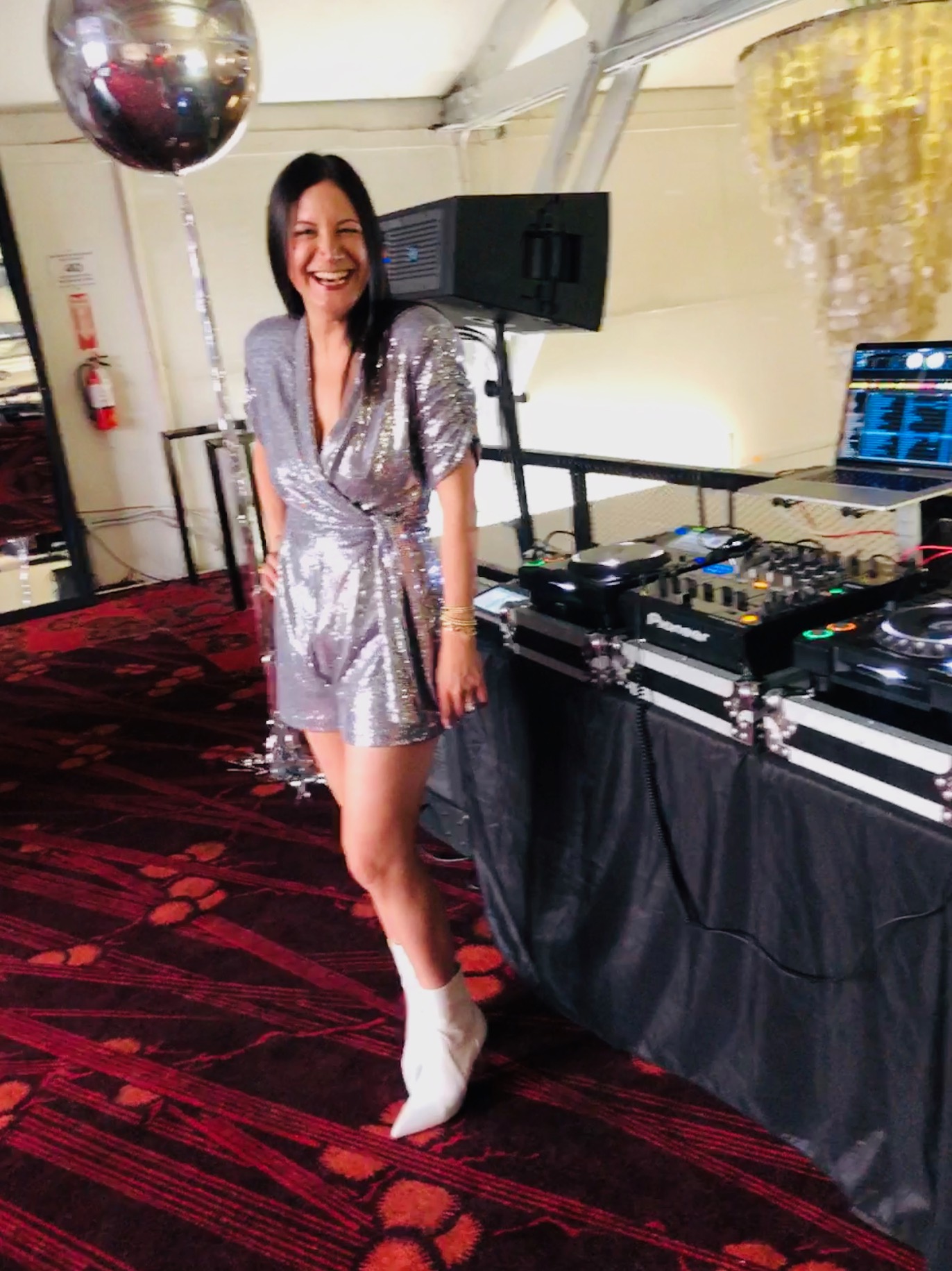