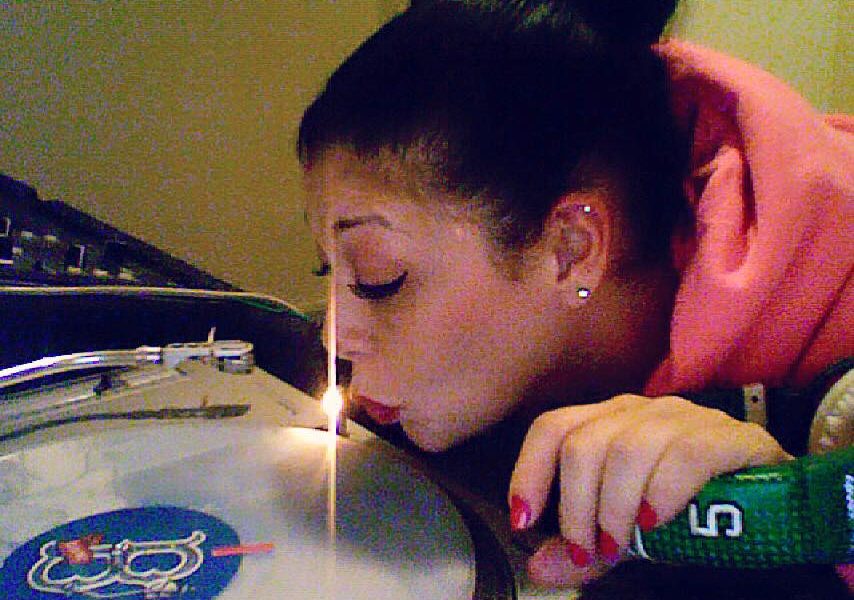 Today we’d like to introduce you to DJ Beanz.

DJ Beanz, can you briefly walk us through your story – how you started and how you got to where you are today.
I am originally from the North Shore of Massachusetts. I always loved music. In my teens into my late 20’s, I started collecting mixtapes from some of my inspirations such as DJ Green Lantern, DJ White Owl and Tony Touch to name a few. That’s where I’d hear all the dope Hip Hop that the radio wasn’t playing. Turning down a position as a New England Patriots Cheerleader at the age of 19, I jumped on the opportunity to move to Florida.

And while the passion for hip-hop culture was what I knew, being in the Tampa area, there was a large “Techno” scene. The sound of Hip Hop mixed with heavy drums and breaks drew me into the Jungle/Drum & Bass realm. I took the opportunity during my free time with DJ peers to mess around on the turntables, collect my own records and essentially teach myself how to DJ.

I got a taste when I was randomly thrown out in front of a crowd where nobody was dancing, by my friends, to DJ for my first time in public, I was PETRIFIED, but I zoned out, played my favorite records, looked up and everyone was dancing!!!! It was the most incredible thing I have ever felt. I knew I had found my calling. I moved back to Boston for a few years. Then headed to the Northern Virginia/DC area. That’s where I was given my name “DJ Beanz” spawning from my nicknames “Boston” & “Beantown”. Hanging around in some of the lounges and open mics allowed me to expand my network, improve on my craft and also meet some of the regional celebrities of the underground.

Since then I have been doing shows and tours (Including The Smokers Club Tour with Method Man, Redman and B-Real) with independent and major artists nationwide. I’m an active voice-over actor, tour, radio, club, mixtape DJ/Host and former Executive Program Director at (one of the top rated 24-hour Hip Hop Internet stations in the world), Swurv Radio. Alongside legendary DJs, Mark Luv and Vicious Lee, I am the co-host, Program Director and a DJ at Zulu Tribe Radio, broadcasting live every Monday (6-8pm PST) on BReal.TV and DashRadio.

I have been nominated for over 30 awards (and still counting) since 2010. Ranked #6 in the Top 100 DJs Of 2016 Allstar Mixtape Awards. Won: 2016 “Best R&B DJ” DymeJay Awards, 2011 “Most Grinding DJ”  Salute The DJ Awards. I am the official tour DJ for multiple artists, a member of the worldwide Core DJs, Fleet DJs as well as a DJ and content provider for The Hype Magazine.

We’re always bombarded by how great it is to pursue your passion, etc – but we’ve spoken with enough people to know that it’s not always easy. Overall, would you say things have been easy for you?
In addition to being a female in a male dominated industry, which is an everyday struggle in itself, there have been numerous hurdles along the way. From my early teens I became accustomed to the nomadic life due to being in the system, foster homes, eventually winding up in a group home and tossed out on the street with nowhere to go, on my 18th birthday. (I’d like to add that I’m really close to my biological mother. She was a great mother to me but that situation is a whole other story).

Fast forward to 2011, I moved back to Massachusetts from the DC area after 9 years, when I ended up in a predicament which left me to make the decision to set my ex-boyfriend up with the law from his past drug dealing or go down with a felony. I chose the latter which ultimately put my entire career on hold unable to get work with a felony. Homeless and without food, I headed back to home base. I have 2 brothers on my Father’s side of the family.

Just a few weeks into 2014, my 13-year-old brother found our father dead, overdosed on heroin. Less than two weeks later, our grandfather’s life was taken by Cancer. That’s when I picked up and took a leap of faith to make my move to Los Angeles, CA. Being put on a major Hip Hop tour, with the last half being on the West Coast, the opportunity came faster than I had expected. But having used my savings on hotels when I was basically ditched and left unpaid by the particular artist I was Deejaying for during the tour, my car broke down, I was broke. I found myself homeless once again, this time across the entire country.

But thankfully, I had a couple of great people who helped me out for the first month or so with a roof until I was able to get a job and get my own place. It had been an emotional rollercoaster since my Dad’s death along with all of the typical pressures of life. I found myself depressed a lot. Then at the beginning of 2018, less than 2 weeks before the anniversary of his passing, I lost my 25-year-old cousin to a heroin overdose, I’ll never forget, at my Dad’s funeral she admits to me she was hooked.

Come to find out, she was getting clean at rehab, then, someone sold her the dope at her NA meeting. As crushing as this was, I got the news and had to call my other younger brother and tell him. My brother Louis was close to our cousin and he lost his mother some years back, so this was one of the hardest phone calls to make.

I had a good cry, an Instagram rant then headed right to a gig I had that evening. It was so numbing yet it snapped me out of this funk I had been in for the prior 4 years. It made me want to push harder. It made me REALLY want to live life and go beyond my previous dreams. It also inspired me to work towards becoming a support system to people who battle addiction and those who love/know an addict.

We’d love to hear more about your business.
I consider myself, DJ Beanz, my business. It’s my brand. But “Reigning Real” is my pride and joy. It started off as my mixtape series which showcases, “The Hottest Hip Hop From Back In The Day To Today”. I eventually changed the name of my mixshow, which has been on multiple online and college radio stations since 2008, from “Spill The Beanz” to “Reigning Real”, carrying over the same concept. I’m proud of this because I’ve never charged an artist to play their music. If someone has talent, I want to showcase it. And now with my own slot on the Native Rhymes station on Dash Radio, I can provide a platform for not only music but the talent behind the music and beyond.

Reigning Real is unique because there is ABSOLUTELY no filter, just like myself. I play (mainly Hip Hop) music that you don’t typically get to hear on other shows which gives me a diverse/global fanbase. Myself, my co-host, fellow Boston transplant Jake the Snake, and my guests can freely speak our minds and tell our story with playful banter along the way. I’ve always said, “You can play a record when it’s already hot, but can you MAKE it hot?”

Although Hip Hop is my passion, I can and have played anything from corporate events, proms and weddings to top 40s lounges…

What were you like growing up?
I was just like I am now. Loud, obnoxious and obsessed with music! My mom actually found a cassette tape of me years ago. On the tape I was really young, I’m guessing around 10. I had recorded my own “radio show” in its entirety.

I sang all of my favorite songs, announced them, given the weather, everything! Never thought I’d be a DJ at 10 years old. Maybe a dancer or singer, but not a DJ. 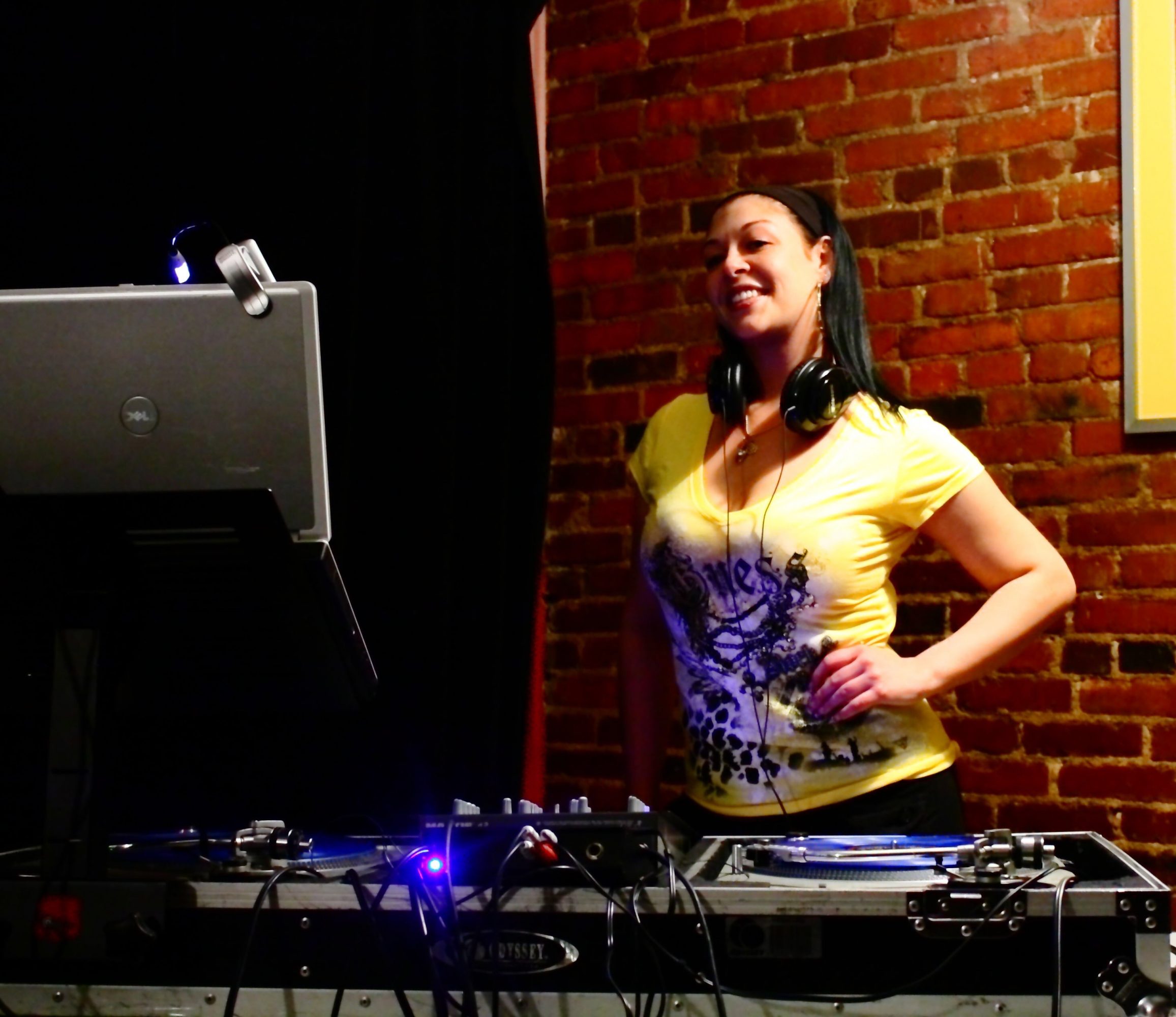 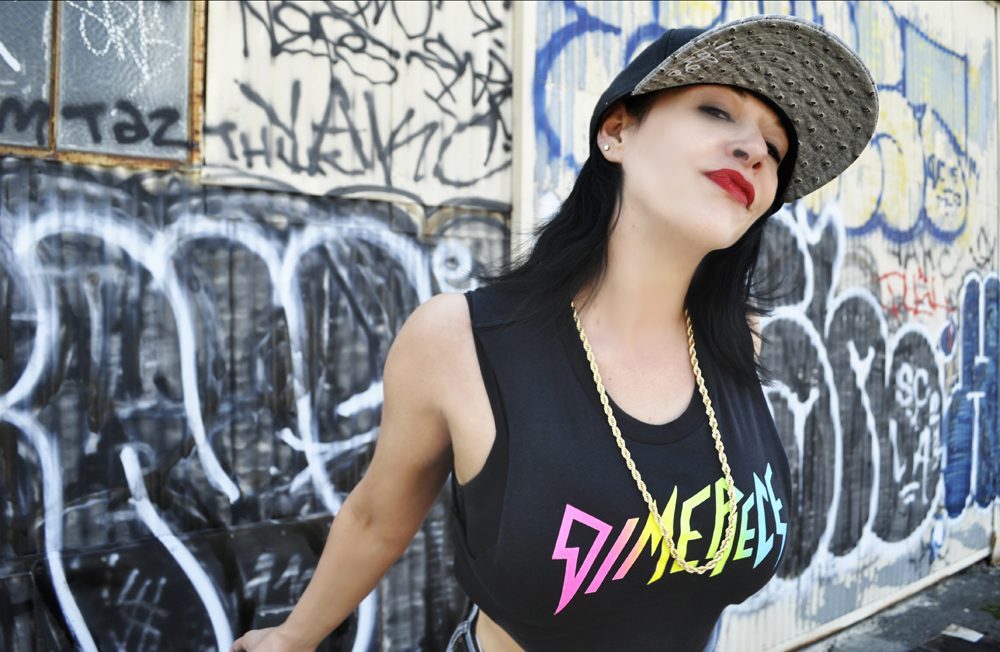 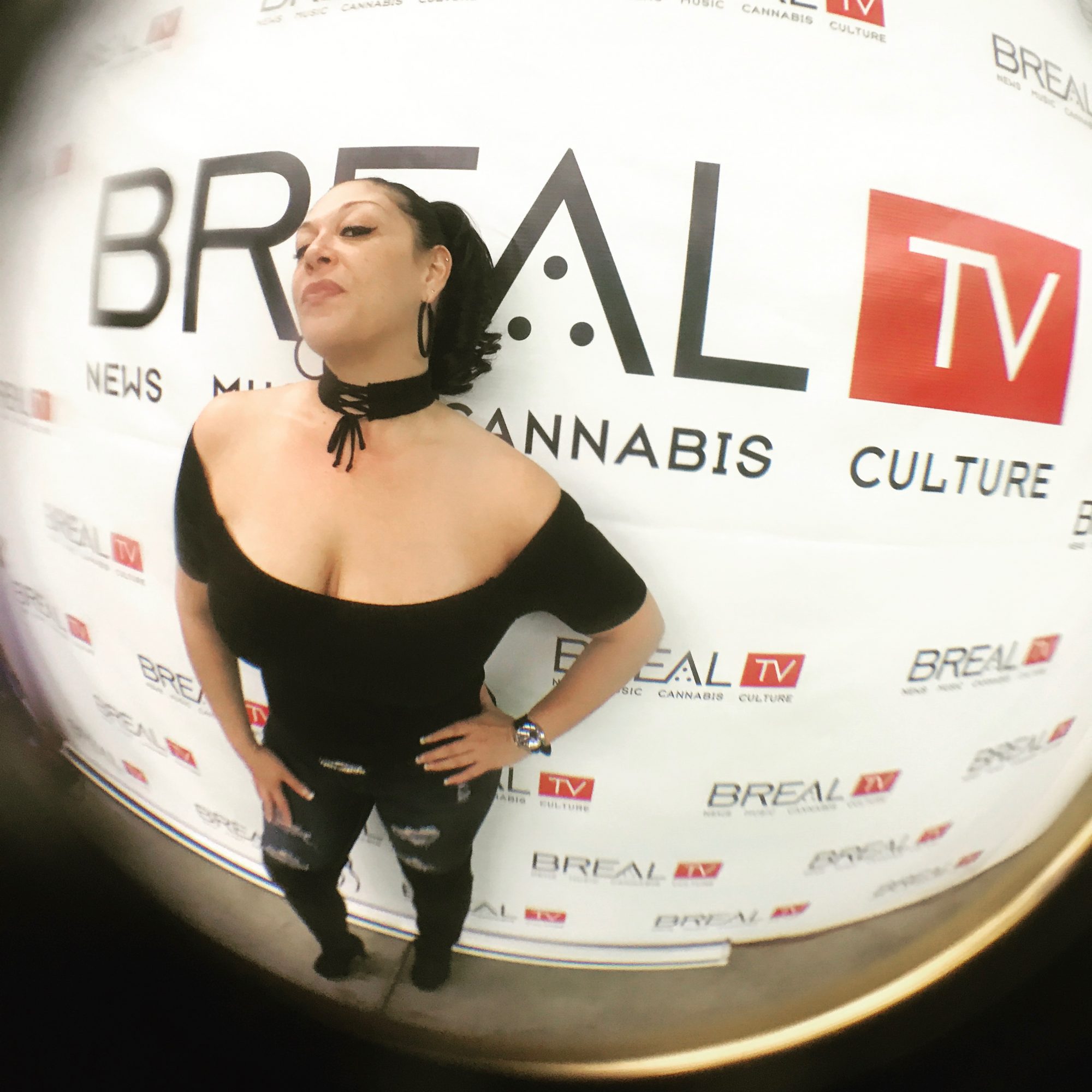 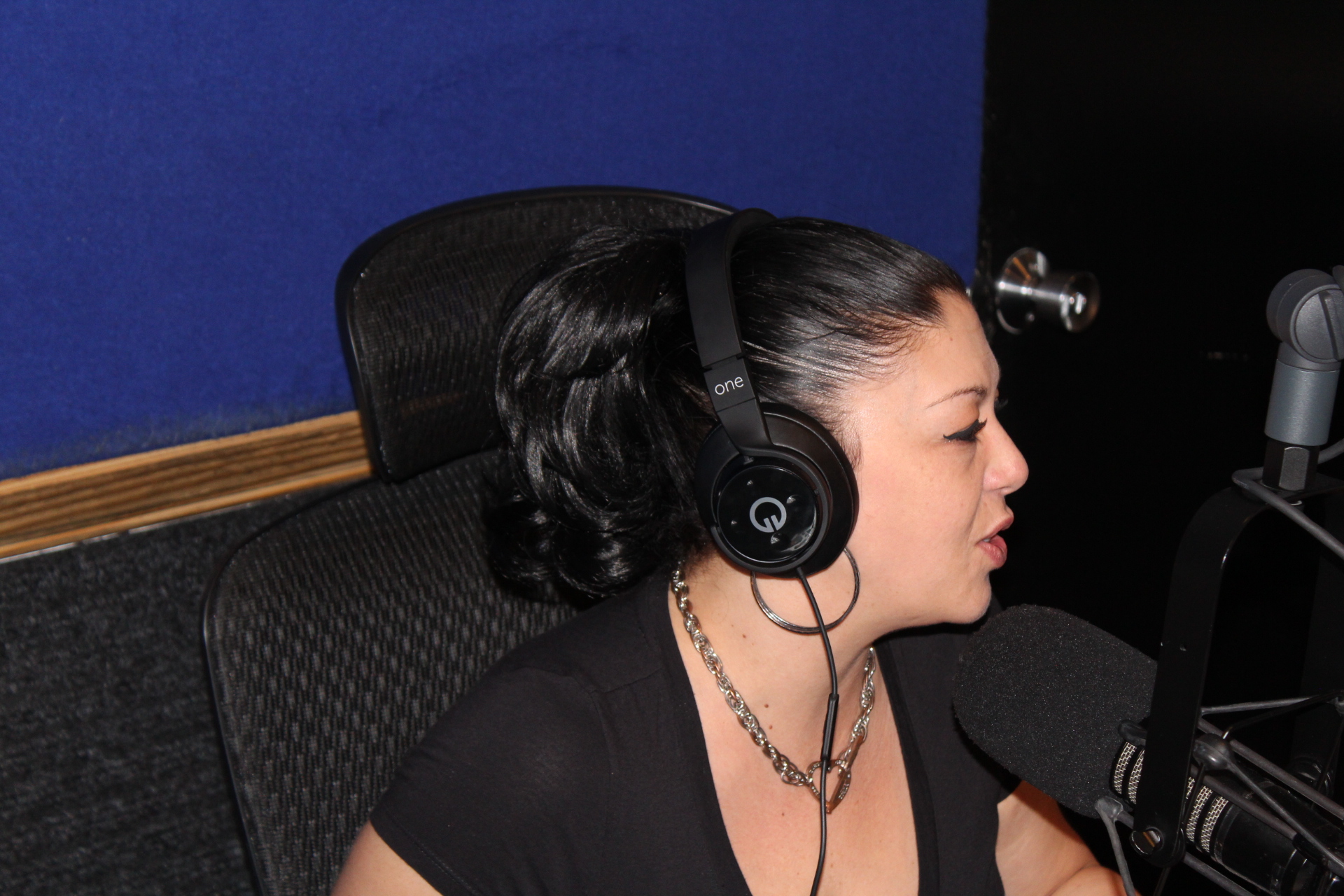 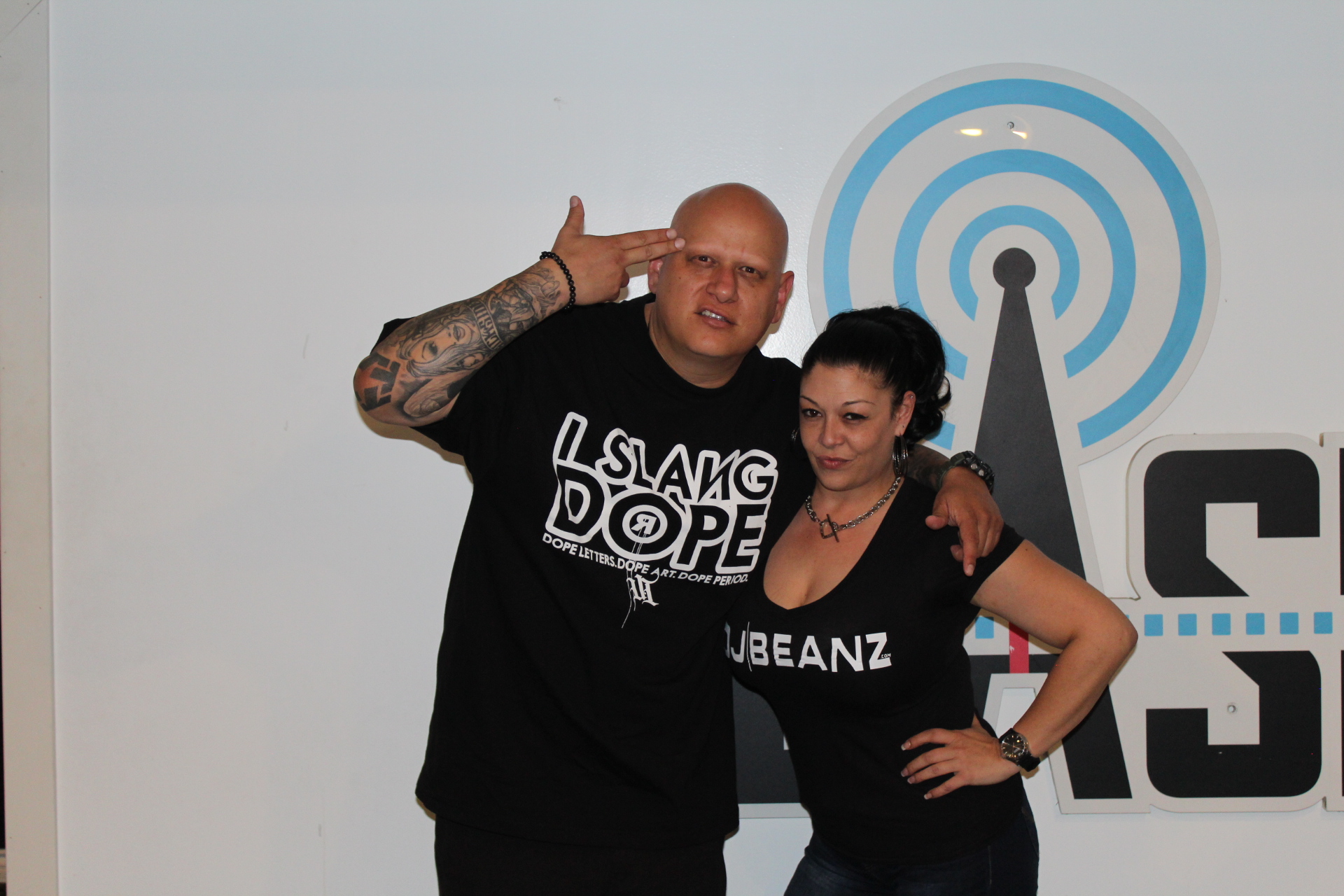 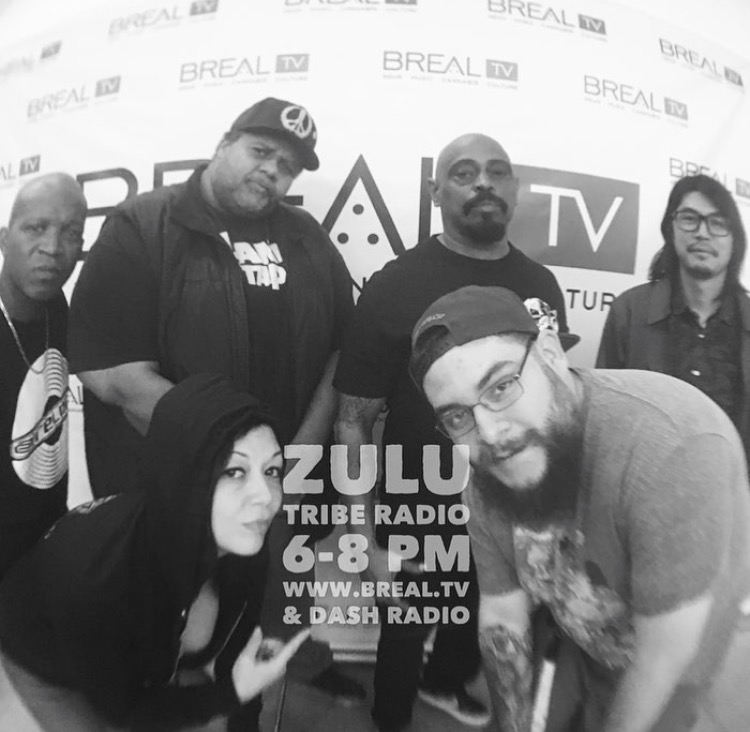 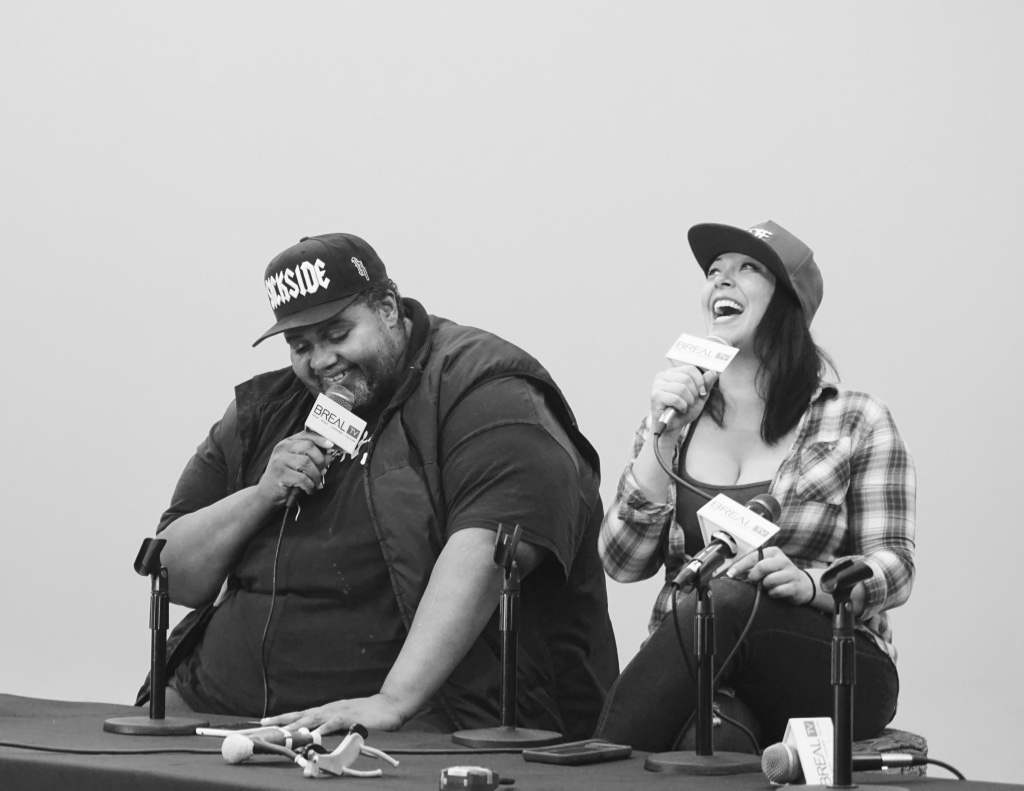 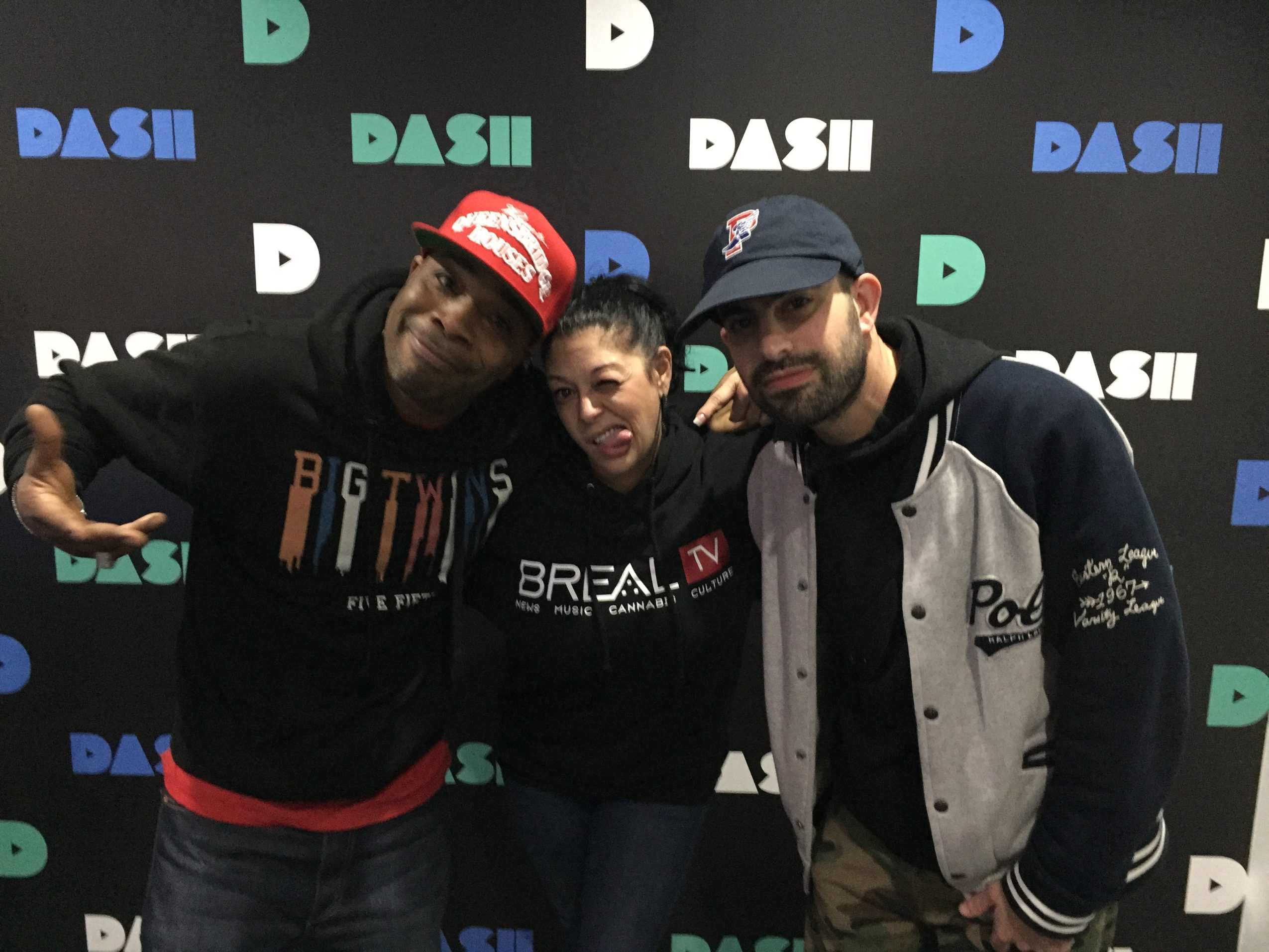