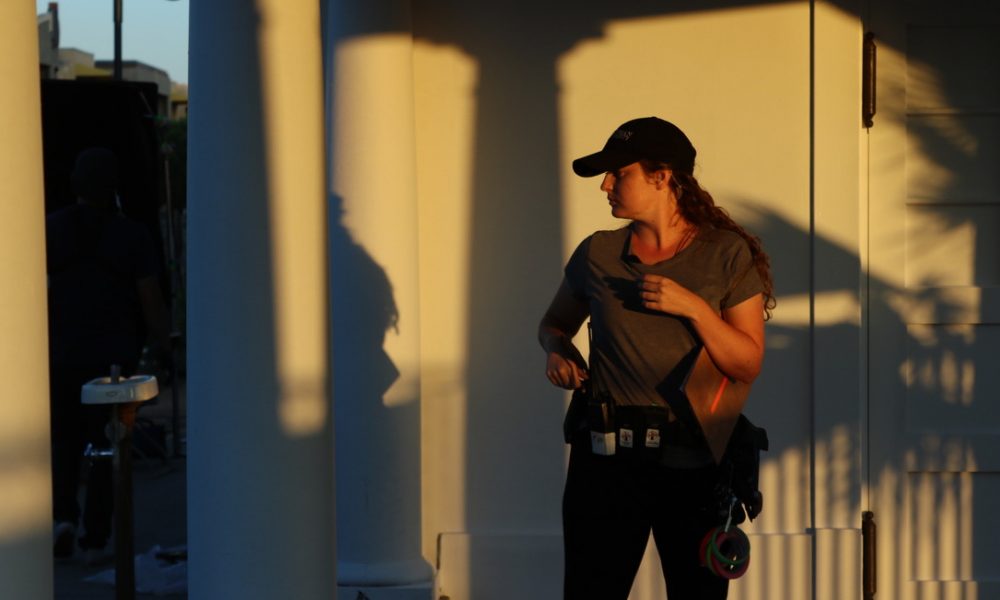 Today we’d like to introduce you to Marian De Pontes.

Marian, let’s start with your story. We’d love to hear how you got started and how the journey has been so far.
I grew up in South Africa and was raised by two highly scientific and hardworking parents. Science was an everyday for me, but art and film always snuck their way in. To have art and science overlap was a normality and my love for film, particularly science fiction, was born from this at an early age.

Film was always my thing, and it was a pretty easy choice for me to pursue my bachelor’s in film at university. My life at undergrad consisted of learning how to shape my style and voice, but again I made sure to combine both art and science by taking chemistry and biology courses to balance it out. I was eager to learn more about the world around me and get out of the bubble, so I started volunteering at an ambulance company that worked in the city. I worked mostly night shifts and helped the team as much as possible. I had no formal training and so it consisted of me mostly holding IV bags and wheeling the gurney, but the bubble was certainly stepped out of. Life is tough and simultaneously life is beautiful, and I have the utmost respect for people working in the EMT profession.

Through all this I knew where I wanted to go and I remember working day and night to build both my resume and my skills. It’s a big leap from South Africa to LA, but my hard work paid off when I received a fellowship to do my masters in directing at Chapman University here in California. Life drastically shifted and I’ve been living in the land of palm trees and traffic ever since and have loved every second of it. The journey so far has been a blur of film sets and strange but wonderful people. Most recently I was mentored by the producer of Silence of the Lambs and man, what a life changing experience that was. There are some amazing people out there and I’ve learnt a whole lot about the kind of filmmaker I am.

Has it been a smooth road?
I like to think I’m pretty plucky and the struggles seem to make everything all the more worth it. I was always up front about where I wanted to go and that, without a shadow of doubt, I was going to be a director. I think people found that easier to chalk up to silly dreams, especially when you’re in South Africa which is a long way from the heart of filmmaking here. I’m not easily deterred and I don’t go down without a fight, so when teachers and other people would say “that’s nice dear, but what’s your back-up plan?” it would only light an even bigger fire underneath me. There was no shortage of people telling me that what I wanted to pursue was extremely difficult and I remember thinking how fun of a challenge that sounded. A great lesson to come out of the rocky road so far has been to politely ignore the people who try and bring you down. Recently I’ve learnt that the best response to someone who tries to obstruct you is to smile sweetly and make your kick-ass movie.

We’d love to hear more about your work.
I work as a director and love to make films about the most inspiring people I know, badass women. I specialize in science-fiction and am most interested in the evolution of the genre with real science for our future. How darn cool is it that you could make a film that could someday become a reality? Films inspire all the time and I most want to inspire the future development of our technologies and outlook on the world. We are driven by wonder, curiosity, and a deep need for answers; Sci-Fi may have space and aliens but it is almost always about who we are as humans and how we can improve. My passion is about combining science-fiction with the growing film industry in Africa and making AfroSci-Fi for the enjoyment of the rest of the world. Films that make you feel good and think hard are the goal.

Currently, I am just about to finish my latest film, ETANA, which follows a young female African soldier taking control of her destiny. I’m also working on two science-fiction features, one set in South Africa and one set in good ol’ space. When filming opens again in LA I’ll be prepping and filming another short film towards the end of the year.

Is our city a good place to do what you do?
To aim for success is great but my saving grace has been humor. You can be dogged and persistent but if you can’t pick yourself off the ground and laugh a little about it than I don’t think it’s going to be a particularly enjoyable ride. When you get knocked down, which seems to be an inevitability, get back up with a grin on your face. It’s okay to be serious in the moment but the ability to giggle about it afterwards is truly a great quality to have, one that I’m still working on perfecting. 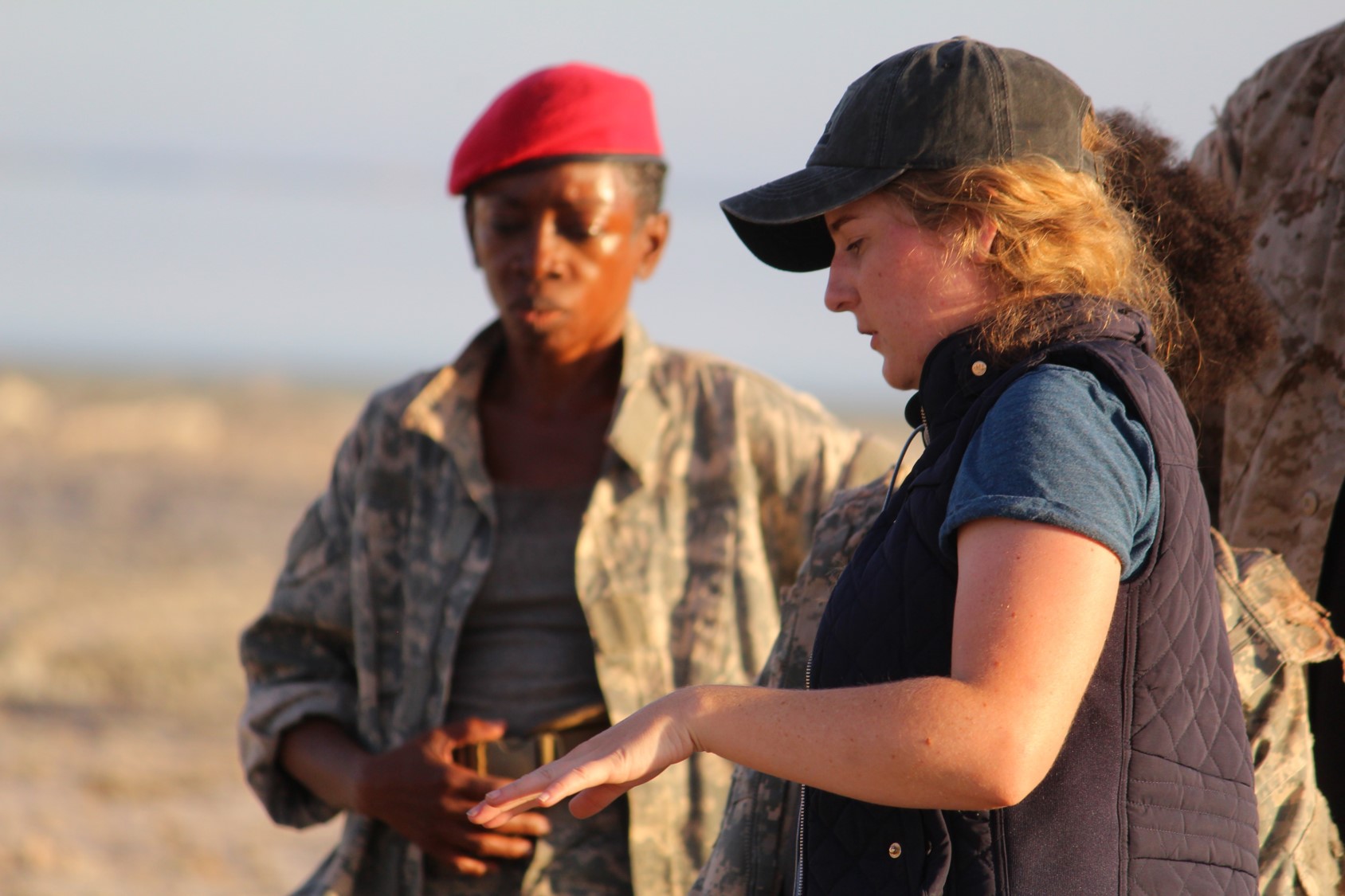 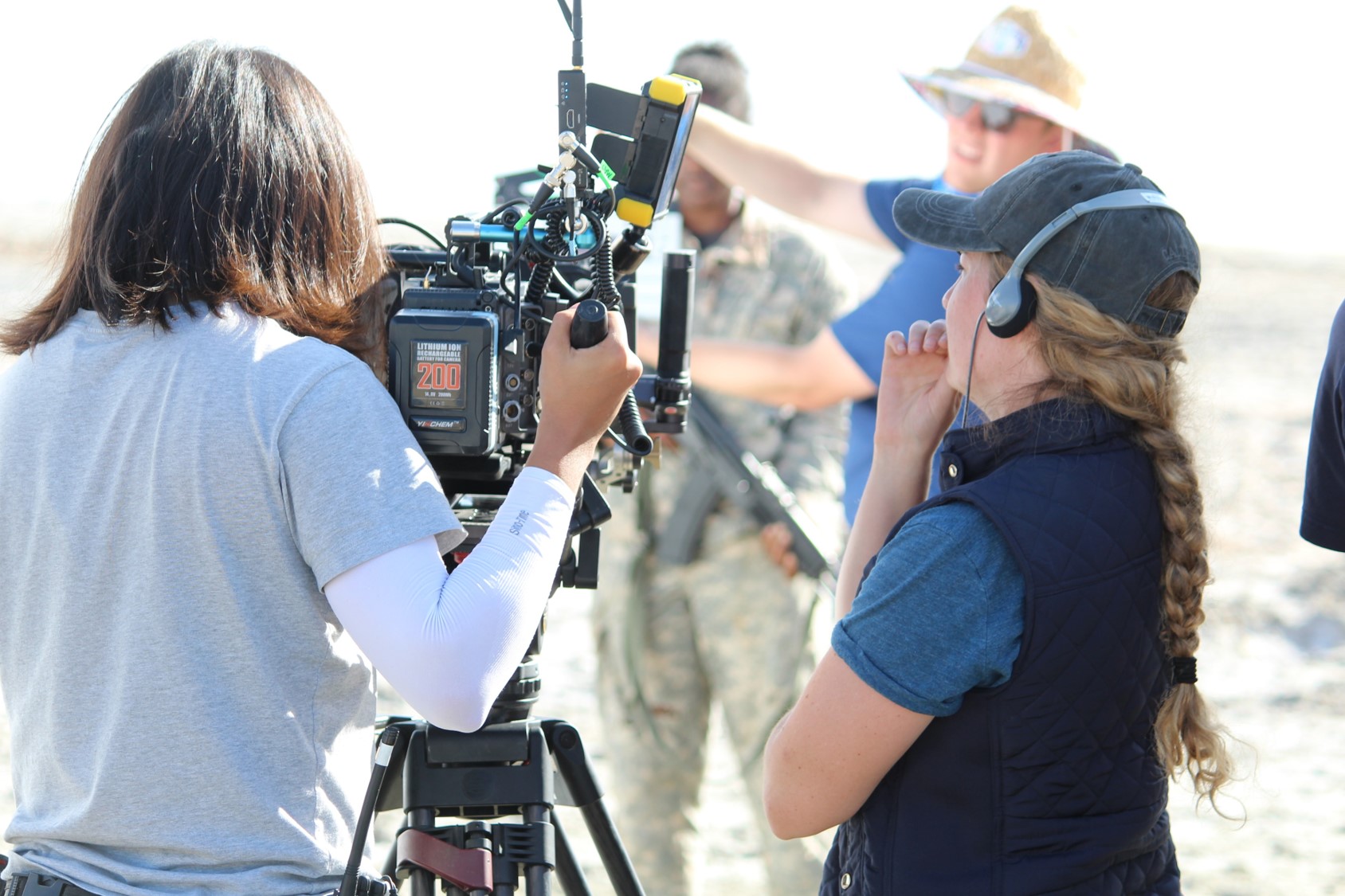 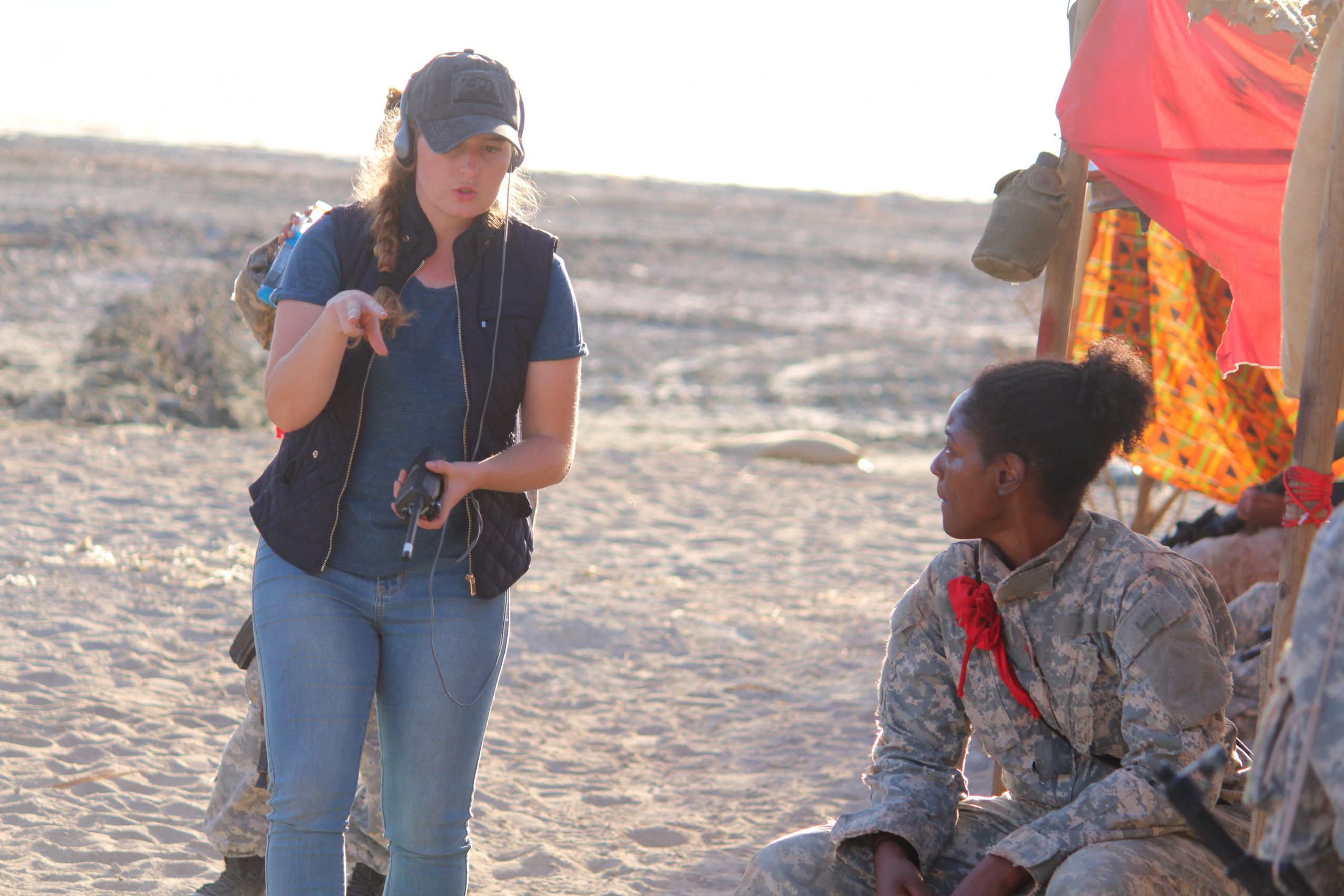 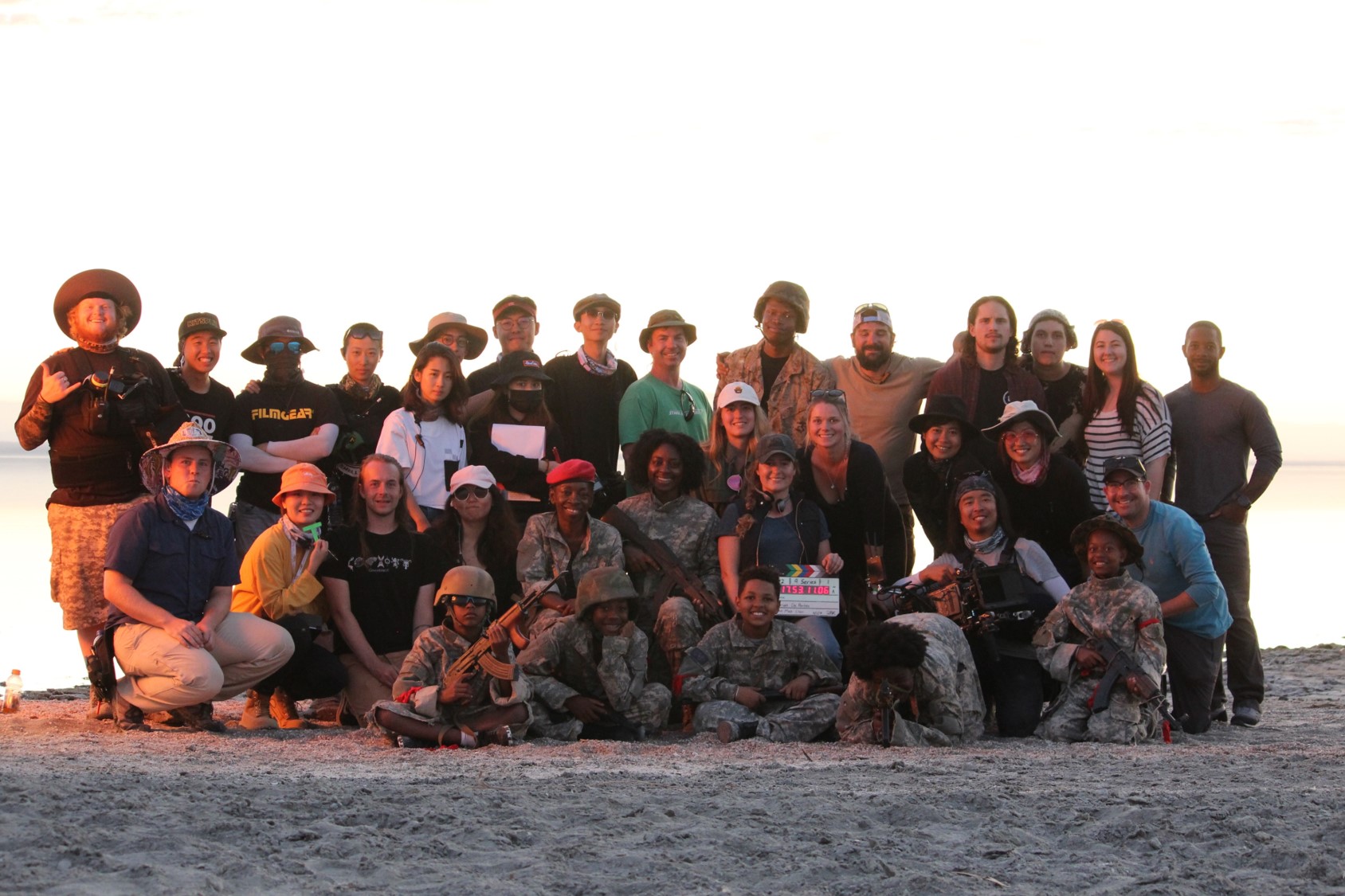 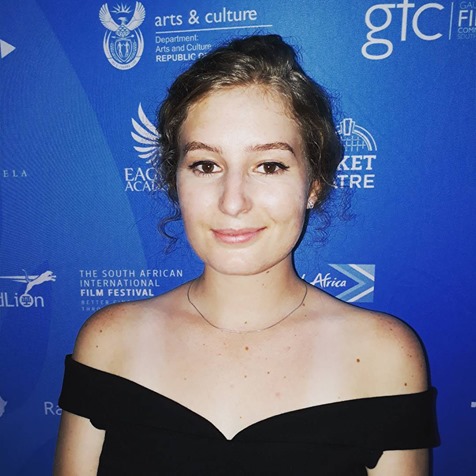 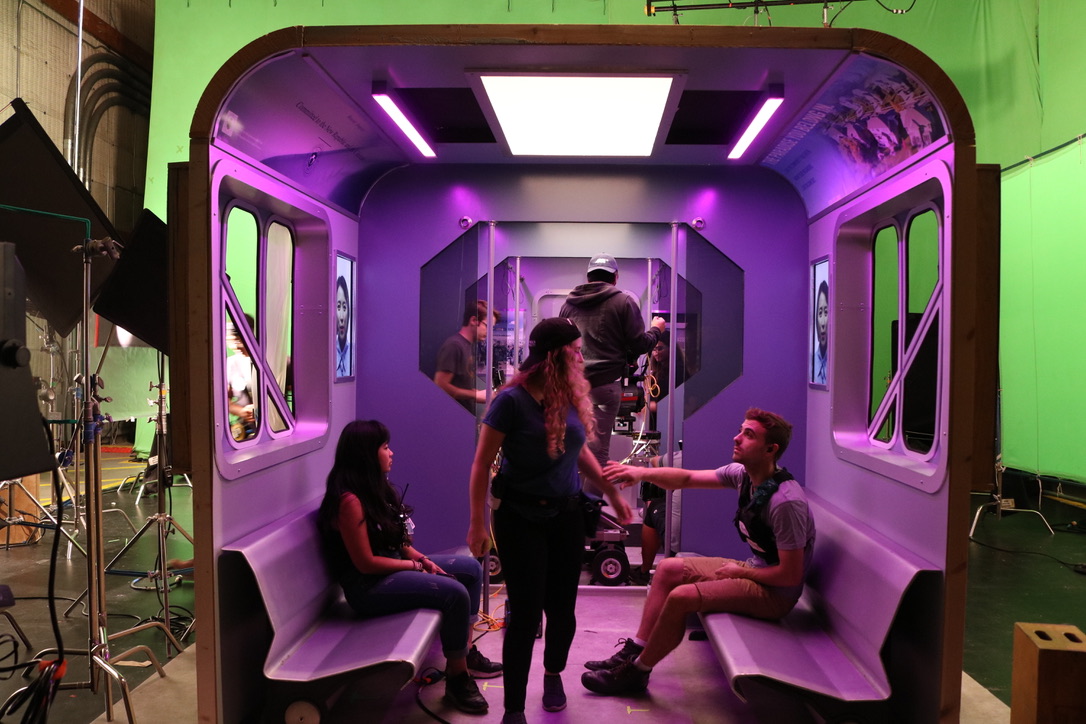