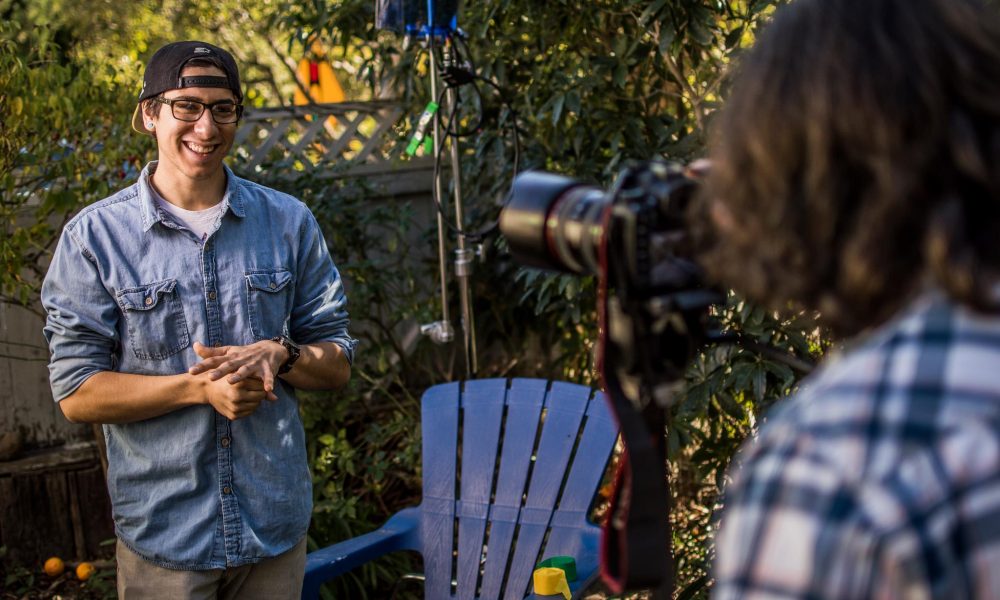 Today we’d like to introduce you to Dillon Mercure.

Thanks for sharing your story with us Dillon. So, let’s start at the beginning and we can move on from there.
I grew up in a small farm town called Lemoore in Central California. It’s mostly quiet and working class for the most part so it was a little difficult to find support for the arts in the community. It wasn’t until high school that my older sister conned me into taking drama class with the school famous Mrs. Palermo. She was terrifying and sweet all at the same time (often in the same sentence). She was known for her eccentric catch phrases. Any time the class groaned with an assignment she would create a scowl that could turn milk bad and scream at the top her lungs, “smile! this is Fun!!!!” so needless to say I took her class for all four years and loved every minute of it. It was her class I discovered I was an actor.

However, I did switch gears a little bit in my sophomore year. My school surprisingly offered a lot for being a town of 3,000 people or so at the time. I tried to take advantage of the possibilities so I got into the multi-media class where we learned the basics of video production, live broadcasting, and we even had our own radio station. Every day we recorded the student news in news anchor fashion and it would be broadcasted school wide on every box tv on top of a rollaway cart. After we recorded the student news we would write, pitch, shoot, edit, funny videos. The videos that were good enough got picked to be played at the end of the news. Once there was some competitive aspect I went all in. but I failed, a lot. but I was determined to get one of my videos played at the end of the news. I eventually got one of my videos played but it was so cringe worthy I disowned it with a pink face once it started playing. I knew I could do better. I started acting and sought out a manager in Fresno and eventually Found Carollyn DeVore. I went on a few failed auditions and became discouraged but it wasn’t until one failed audition that changed me. I auditioned for an Independent film called The Gallows. I didn’t make the cut but after the audition the directors asked for volunteers that knew how to use photoshop. So I sprang at the opportunity and became a PA in the process as well. Once I stepped on that set I knew that that was what I was going to do with my life. The creativity and passion was intoxicating. I was hooked.

On a side not this indie film ended up getting picked up four years later and was released worldwide. It would be the first time I saw my name on the silver screen. Back to the present, I knew I was going to be in that director’s chair one day. I attended Brooks Institute and learned so much but more importantly made some life lasting friendships who i still work with today. Unfortunately, after a year neither me or my parents couldn’t afford to keep me there so I was forced to drop out. I was very disappointed but not less determined. I moved to Santa Barbara for a change of pace but there I was struggling with a minimum wage job all the while trying to convince businesses and artists to hire me to produce and direct for them. I was depressed and didn’t have a whole lot of friends around me. I was in so much debt and my car was totaled. It got so bad at one point where I had to make one $5 7/11 pizza last me a whole week because I had no money and no food.

Even at that lowest point, I knew I couldn’t stop. Fast forward two years later and my dad calls me and offers me a job at a natural gas and compassion shop called Twin Stars in New Mexico. I figured I didn’t have many other options so i took it and moved to Farmington New Mexico. Little did I know I but I would find my inspiration in that dusty desert city. I quickly made friends with a bunch of blues musicians who encouraged to get me to make more music and video. every Wednesday we would play open mic at Clacy’s Pub An Irish Cantina. There I met my buddy Eric Campbell who was not only a great musician but great with recording sound so it was kind of natural for us to team up and produce music videos and live sessions together. We tried to sell as many as we could but the money was just not there. We also even tried to launch an original travel series, which I’m still currently working on. The fact of it was there just wasn’t a big enough interest in the area. So that’s when I decided I needed to move to LA. I know my ideas are sellable but I was just pitching to the wrong market. So me and my girlfriend packed everything up with little to no plan and headed to Long Beach. Right when I thought things were on the up and up We got to Long Beach and the apartment we thought we were moving into fell through. We were in a new city homeless with our entire lives in our cars. The best idea we could think of was to find a storage that was open late to put our belongings. After that the next task was a place to sleep so we found a weekly rate motel. It was an interesting sequence of events with driving 16 hours straight, my girlfriends A/C not working, hitting the Mojave at 113 degrees, and being homeless all within a span of 24 hours.

I feel like most might feel defeated but we celebrated with dollar menu food and a cheap pint of whiskey to christen our new journey of uncertain outcomes. once we finally got our own place and got settled I started marketing myself and over time I got a lot of gigs. I’m currently on my second year in LA and already have Directed and Produced quite a bit of content for businesses, music artists, documentaries, and I plan on moving to more long form content in the near future. It hasn’t been an easy journey but the way I see it is you can take those moments of defeat and let them drag you down or you can use them as fuel to do and be better. I never gave myself another option. It was either become a director or bust.

Has it been a smooth road?
I was forced to drop out of film school after my first year because neither me or my parents could afford it. So I’m left with $40,000 in debt with only experience to show for it. From there I moved to Santa Barbara for a change of pace but I ended up totaling my car, being dead broke and ending up depressed. At one point I was so broke i had to make a $5 7/11 pizza last me 7 days. After Santa Barbara, I moved to New Mexico for a job my dad offered me in the natural gas industry. It only ended up being temp work and lasted a couple of month but i decided to stick around because I haven’t been around my family in years. After Low paying gig after Low paying gig in New Mexico I knew I needed to be in LA if i really wanted to develop my craft and grow. Me and my girlfriend packed up and went only to find out that our apartment fell through. We found a storage unit for our belongings and got a weekly rate motel.

We were homeless but we were happy. We realized that we were going to burn through our savings if we stayed at the motel so we found craigslist roommates. that was the worst experience I’ve ever had. We we’re in such a desperate place we moved in the first chance we got. Come to find out one roommate had 5 grand larceny felonies which made me feel uneasy with all of my camera gear at our place so I had to put my career on pause and store my gear at a friend’s house. He eventually got to the point of smashing and trashing the apartment in a fit of rage and began to threaten me for not wanting that in my house. I was in a constant state of anxiety which made me sick most of the time. I knew I couldn’t handle bing in that atmosphere much longer. long story short we were broke after moving in so I maxed out my credit card and my girlfriend and I pieced our checks together as well as borrowed money from family and got the hell out of that place.

We’d love to hear more about your business.
As a Director and Producer, I find people with a need for video or photo content and assemble the appropriate crew that matches the budget. I specialize in creating a vision for each product. I meditate on what the client’s demographic is and come up with what would be memorable content. I would say I’m most know for my story-based music videos. I would love to do one almost every time but the budget isn’t always there. I kind of want to use my story-based music videos as a gateway into long form content to show studios that I really am good at versatile content. I’m very proud of the ethics I carry. I’m not trying to over charge or rip anyone off. With my rate sheet I let them know exactly what they are paying for. What sets me apart from others is that I offer a unique style all the while being able to cater to every genre in marketing and entertainment.

Is our city a good place to do what you do?
LA, one of the best places to be in the film industry! If you are starting out In LA, I recommend learning anything and everything about the job you want to do and when you feel like you understand the job try to learn more. We live in the era of immediate information. In a lot of work fields Schooling is necessary and mandatory but with the film industry and any other craft industry it’s all about what you can do. I will hire experience over education every time. Most importantly you need to fail. Every time you fail, you learn something and improve. Failure makes a master. 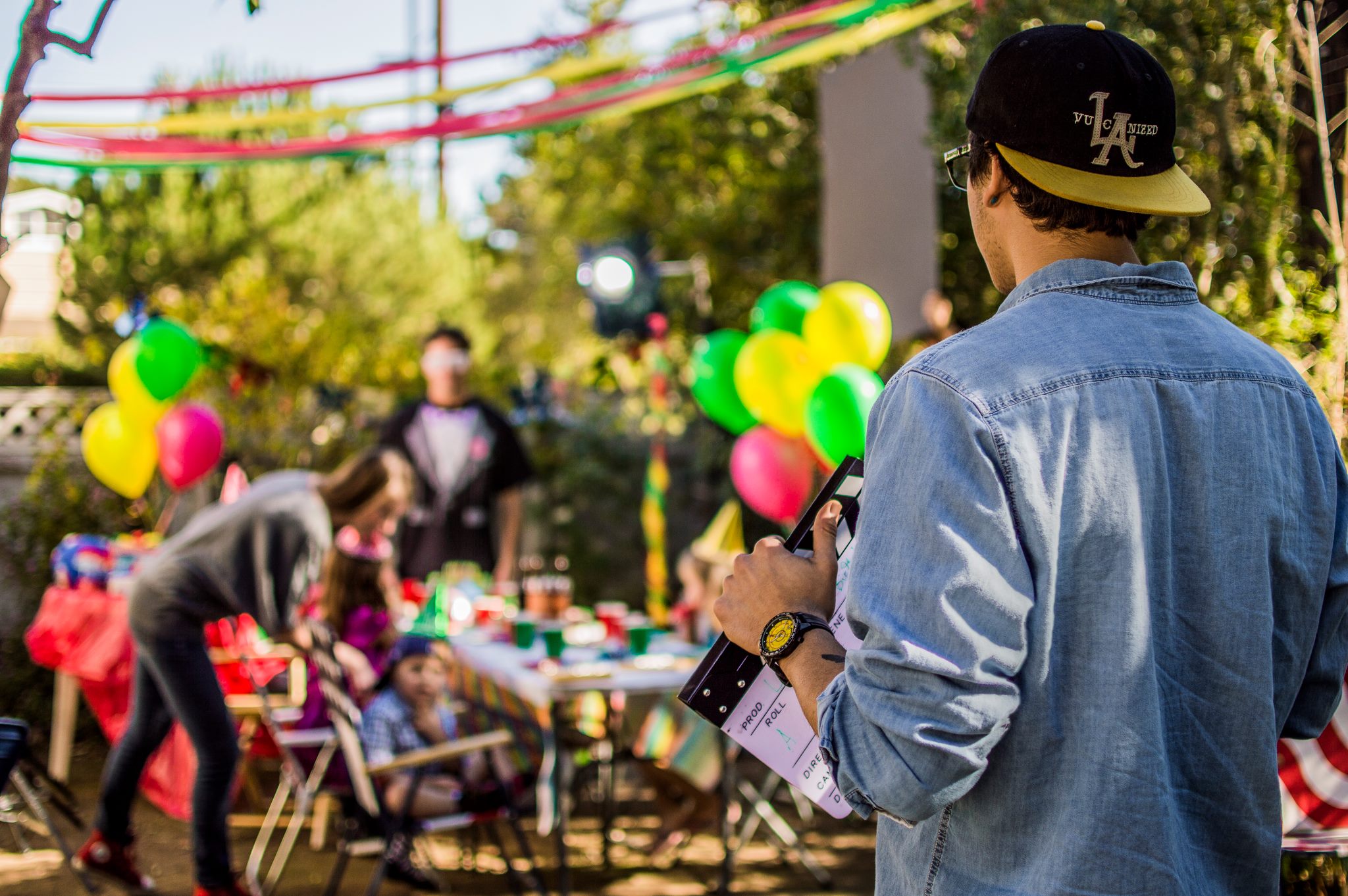 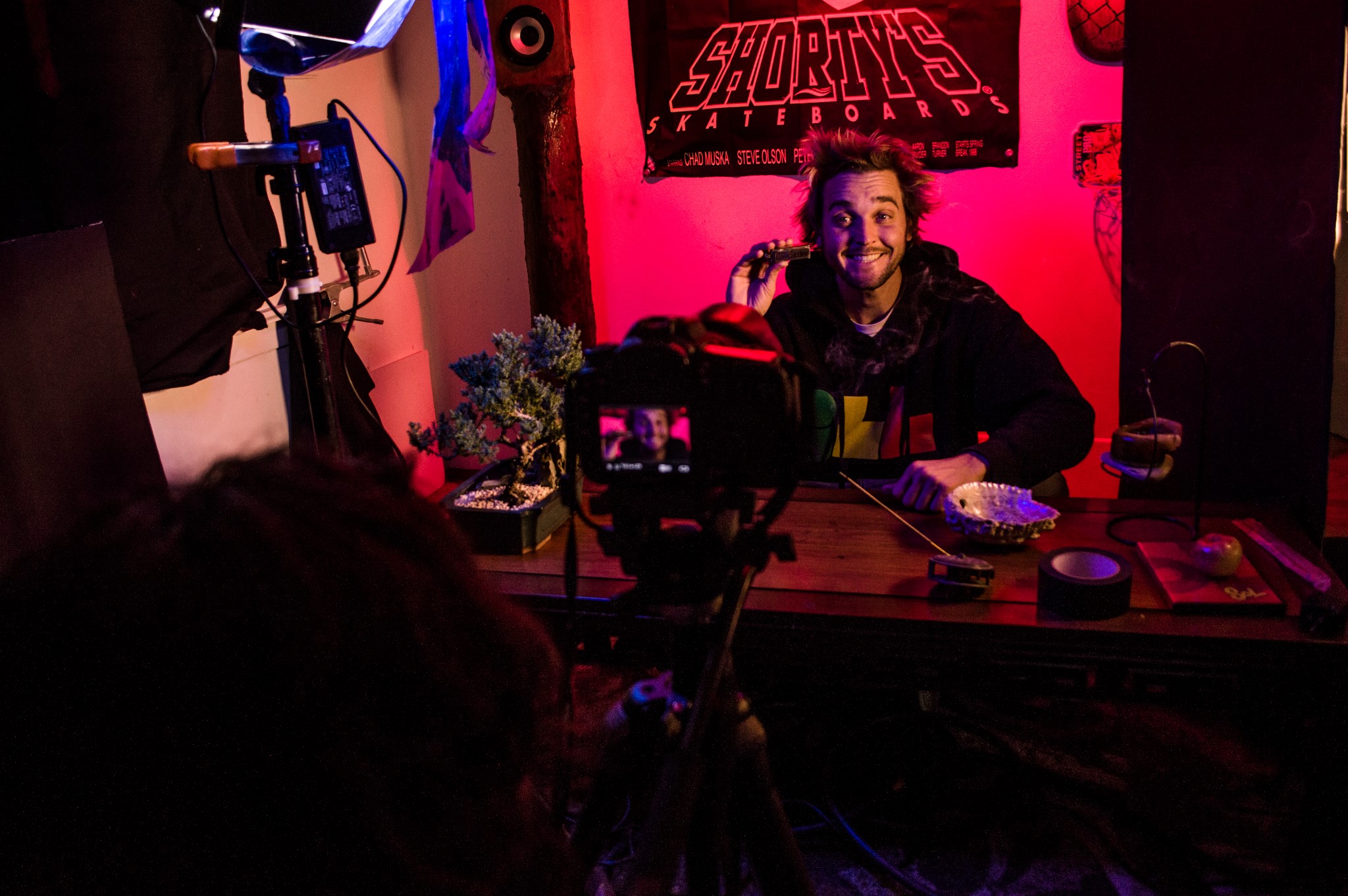 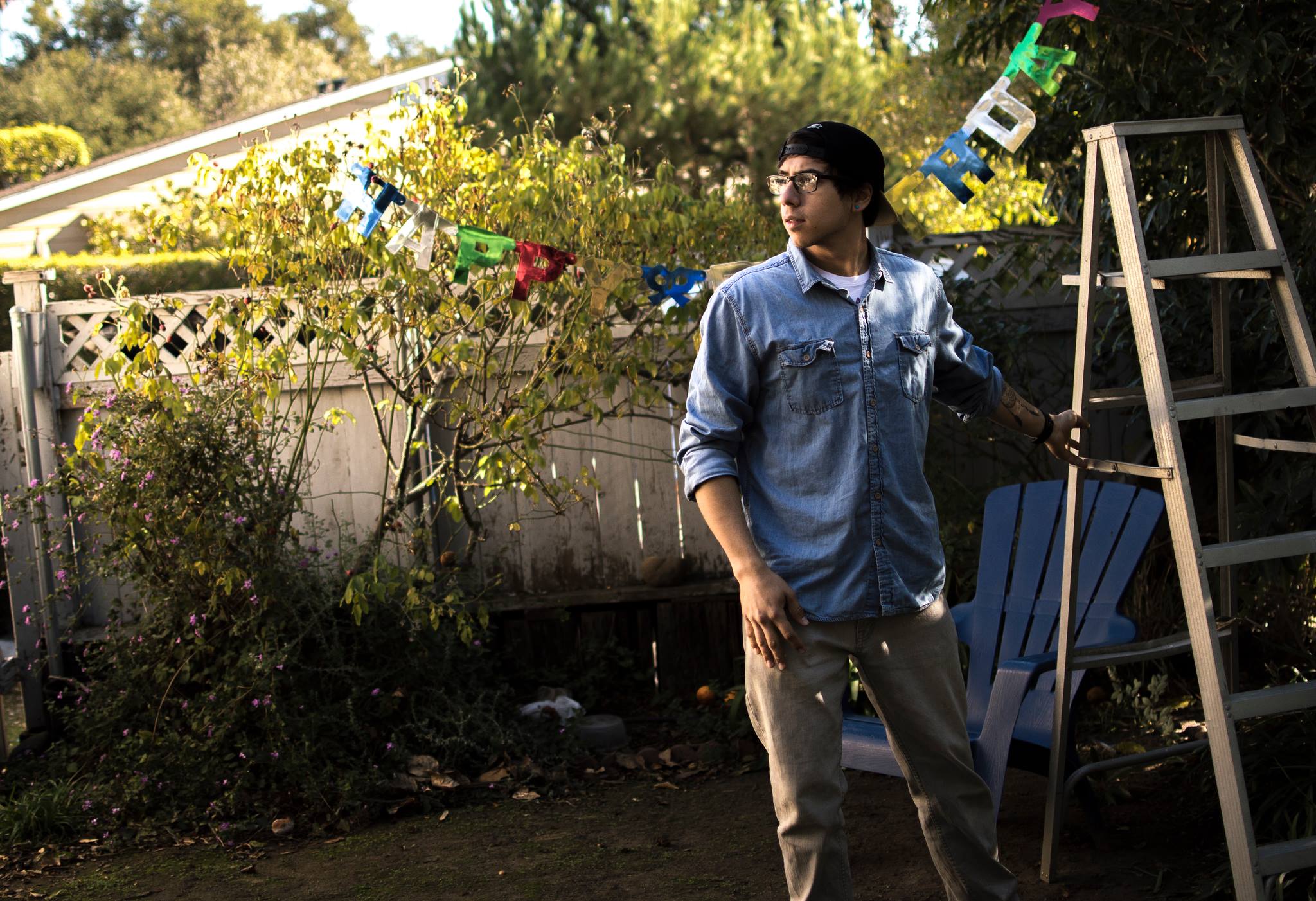 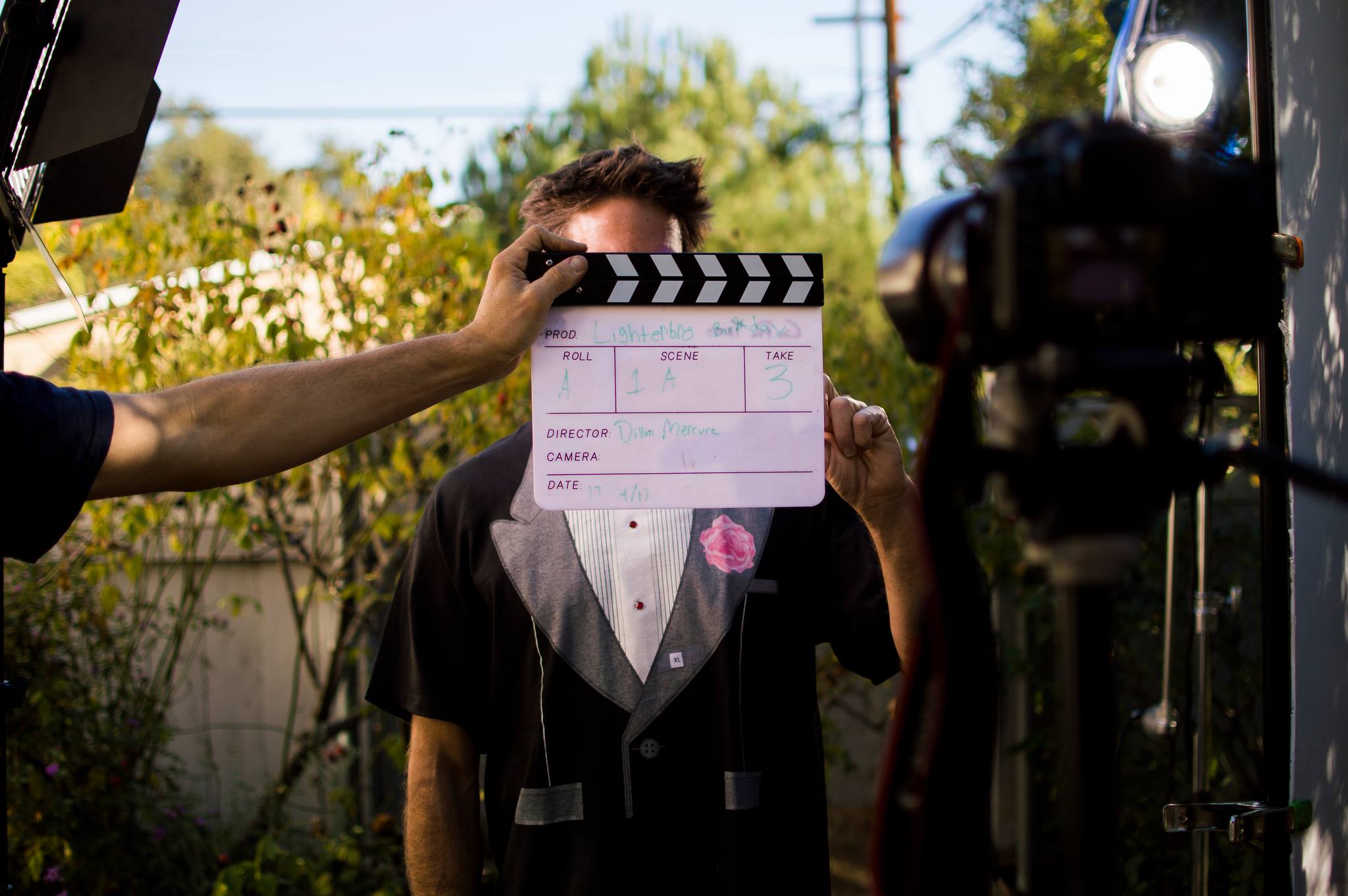 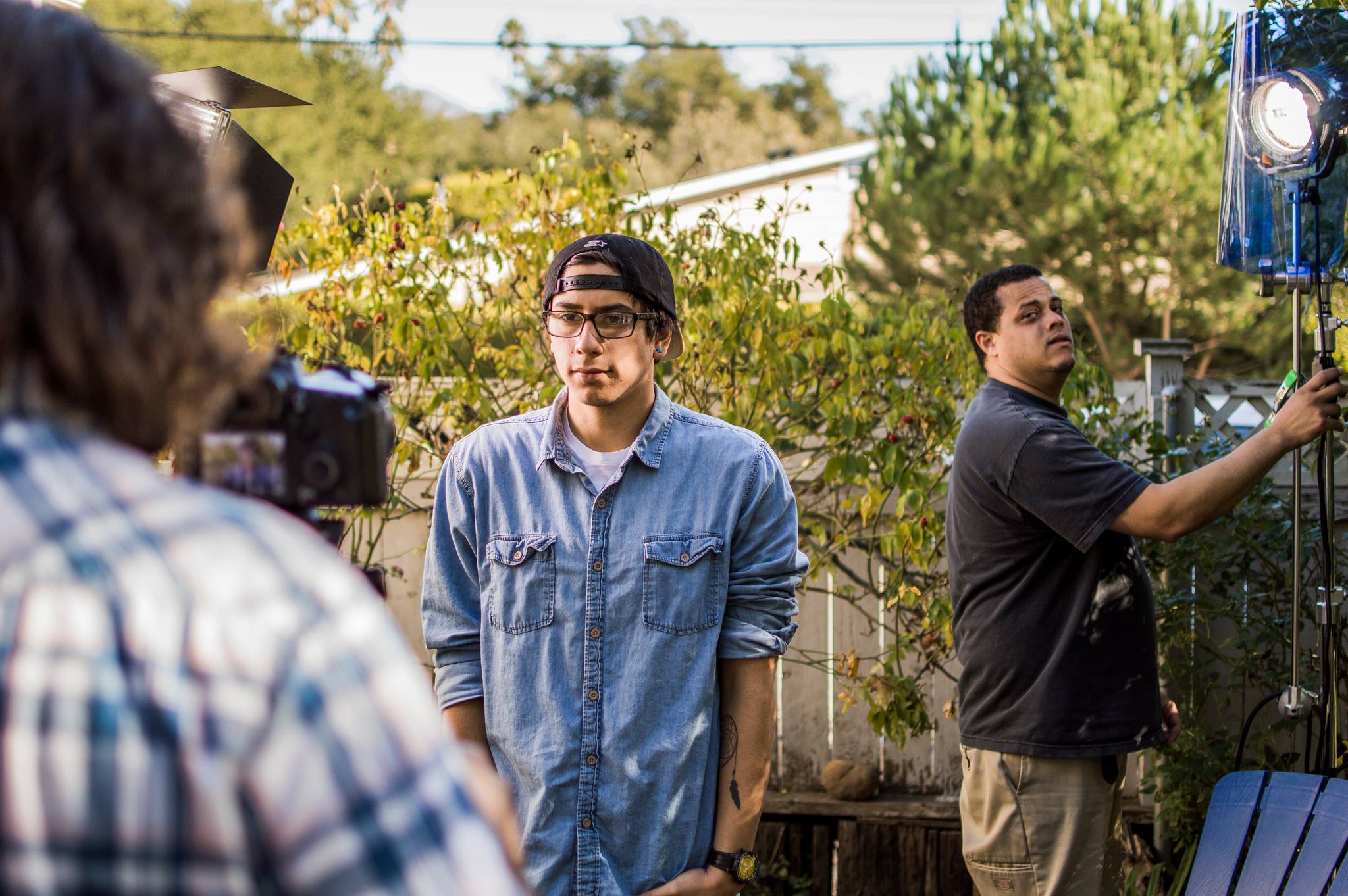 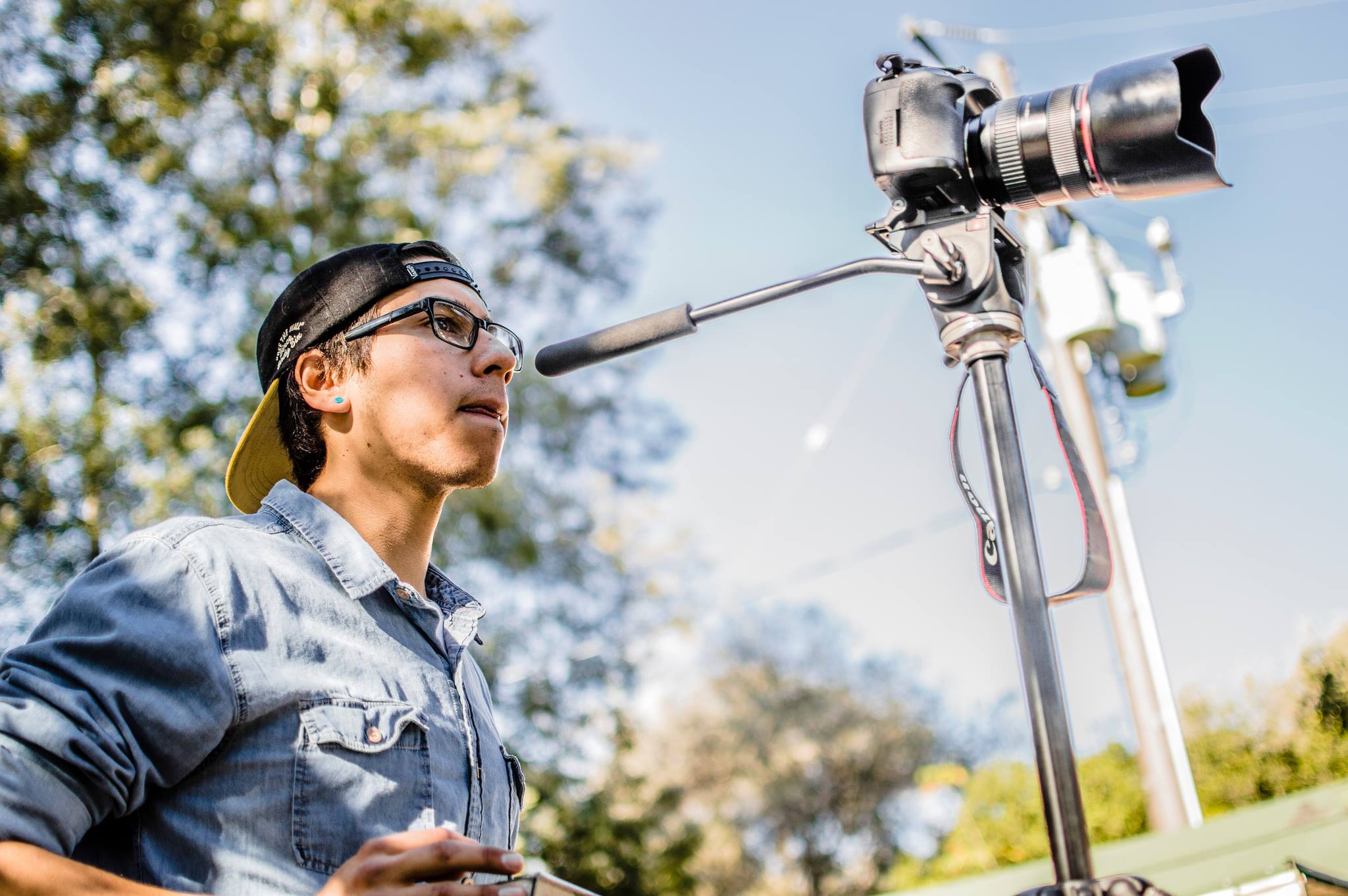