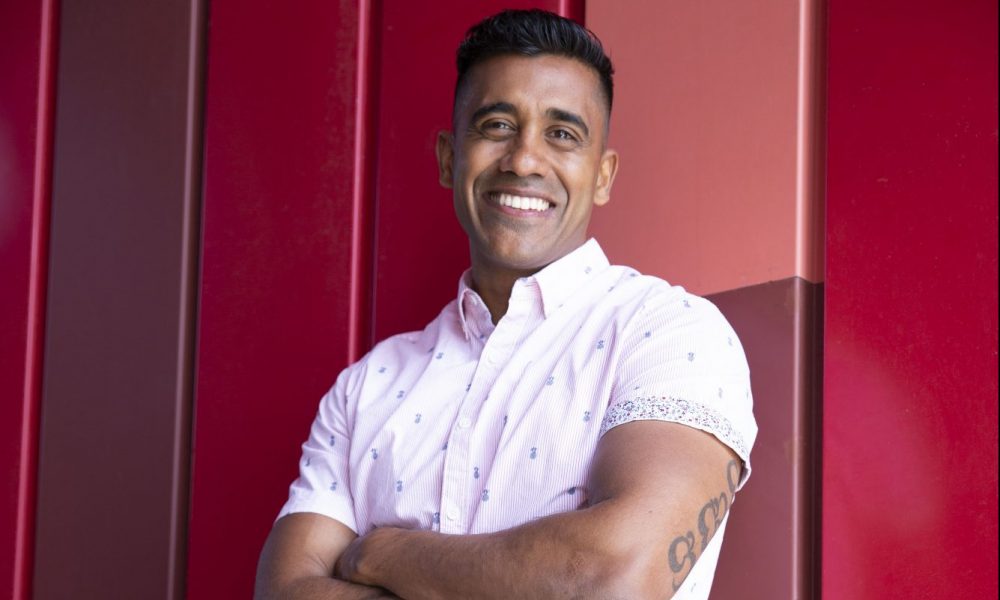 Today we’d like to introduce you to Dilan Jay.

Thanks for sharing your story with us Dilan. So, let’s start at the beginning and we can move on from there.
I actually started DJing when I was 12 years old. Back then, frankly I wasn’t very cool, so I thought if I could play music — especially at parties — well, I figured making people dance wouldn’t be a bad thing. Turns out I was right, and I became a professional DJ, which not only taught me intricately about music but I learned what beats and sounds really made people move. Thus, I completely fell in love with music, and my DJ career quickly evolved into my musical career as a rapper. I was a professional hip hop artist for more than eight years (my pseudonym, “DeLon”), which was an incredible experience — particularly because I’m Sri Lankan. It probably goes without saying… but there aren’t a ton of Sri Lankan rappers, so I developed an amazing fanbase in Sri Lanka as well as in LA (where I was born and raised). I released four albums and two mixtapes as DeLon, but honestly, I recorded hundreds of more songs that I never released — I just loved producing music so much.

I had the honor of traveling and playing across the globe for several years, and I became known by my fans as the “King of Ceylon” (“Ceylon” meaning Sri Lanka). I don’t say this to brag; this is my story, and I was fortunate to experience what I did. I was the first artist ever from Sri Lanka to place on the U.S. Billboard Charts, and I had a #1 on MTV’s Most Popular Music Videos plus six #1 hits in Sri Lanka. My life was extremely amazing at this time; I really felt what living your dream was like. Then at the height of my rapping career, I had a run-in with another prominent artist at the time — this is something not many people know about. Not to get into it, but the experience challenged me personally and professionally, and I deliberately took a step back out of the music scene for a minute. In 2016, I decided to retire from “DeLon” officially so I could start in a new and different direction that I’d always been interested in. I have to say that I feel it’s important for artists to explore new areas and challenge the scope of their creativity, so I did a 180 with my music and picked up the guitar. I taught myself the guitar, and I honed my rapper voice into one that could really sing.

Recently, I released an acoustic singing album called 3.14, which you can check out on Spotify, and I have another album slated to release this year. Also, during the same time, just last year, I produced a film directed by Daniel Zirilli called Hollow Point — with a phenomenally talented cast — which is being distributed worldwide. At the time of this interview, Hollow Point is being entered into and picked up at film festivals all over, from my media company Halcyon Media Group. In fact, at its first film festival recently in June, we won 3 awards! Best Director, Best Score, and Best Male Stuntman. Further, Hollow Point was recently accepted into two additional festivals: the IronDragon TV Action Fest (Austin, TX) and the 5th Jackie Chan International Action Film Week (Shanxi, China). So it’s pretty exciting where things are headed with my film, plus — I wrote a TV show script, and I have a couple of books currently in the editing process. All this is to say — and this is a very recent and personal thing — I wholly identify as an artist, and I don’t feel like I have to pigeonhole myself into one area, which is very refreshing because my interests are wide-reaching.

We’re always bombarded by how great it is to pursue your passion, etc – but we’ve spoken with enough people to know that it’s not always easy. Overall, would you say things have been easy for you?
I would say all in all, I’ve been very fortunate with my career as an artist, but like I alluded earlier, I did experience a pretty tremendous challenge about nine years ago. This is not something I talk about, and this is probably the first time I really am, but I spoke out against a rebel group in my country and was cyber attacked, amongst other attacks, by supporters of the group, and it took eight years and thousands of dollars in legal fees to clean up. I received death threats, a constant barrage of threats against my business and friends, and my accounts were constantly hacked for years. It was a mess, and again, nothing I usually share because the entire experience was nothing short of insane. What I can say now is I’m very happy I persevered and didn’t let any amount of oppression stop me from being who I am: an artist who loves what I do. My advice to other artists — no matter your craft — is this: there probably will be those who try to bring you down, unfortunately, I can almost guarantee it. But don’t let them.

So, as you know, we’re impressed with Halcyon Media Group – tell our readers more, for example what you’re most proud of as a company and what sets you apart from others.
My company is Halcyon Media Group, an umbrella media company that produces and manages films, music, scripts, and more. What I’m proud of right now — besides my album 3.14 — is my film Hollow Point which is actively generating press and for which a domestic deal is in store. I’m most proud of the quality of Hollow Point — particularly because it’s my first film, and also because as the producer, I got to infuse my musical affinity into the score. I’m also very proud of the team I got to work with.

The director Daniel Zirilli was amazing, and we had an incredible cast: Luke Goss (Blade II, Hellboy: The Golden Army), Juju Chan (Crouching Tiger Hidden Dragon: Sword of Destiny), Jay Mohr (Jerry Maguire, Street Kings), Michael Pare (The Infiltrator, The Lincoln Lawyer), and Bill Duke (Mandy, Predator). I did put myself as a lead actor in the film as well because I want to see more Indians — particularly Sri Lankans — star in non-stereotypical lead roles in American films. And I figured if I want see a Sri Lankan star in a film like Hollow Point I should just make that happen, so I did. So my company not only produces entertainment products, but there’s a purpose behind them. I don’t just want to entertain — even though that in and of itself is incredible — but I want to create opportunities in film and music that transcend race, color, gender. I want to inspire people to reach for more, and sometimes that momentum starts with asking questions — questions like: “why not me?”

So, what’s next? Any big plans?
I’m planning a music tour for the fall for my album 3.14. I’m also working on doing another movie this year — a romantic comedy — and I’m working on getting my TV show script picked up. I am excited to see what happens with Hollow Point.  All in all, I’m pushing my artistic products out far and wide, and I couldn’t be more excited. 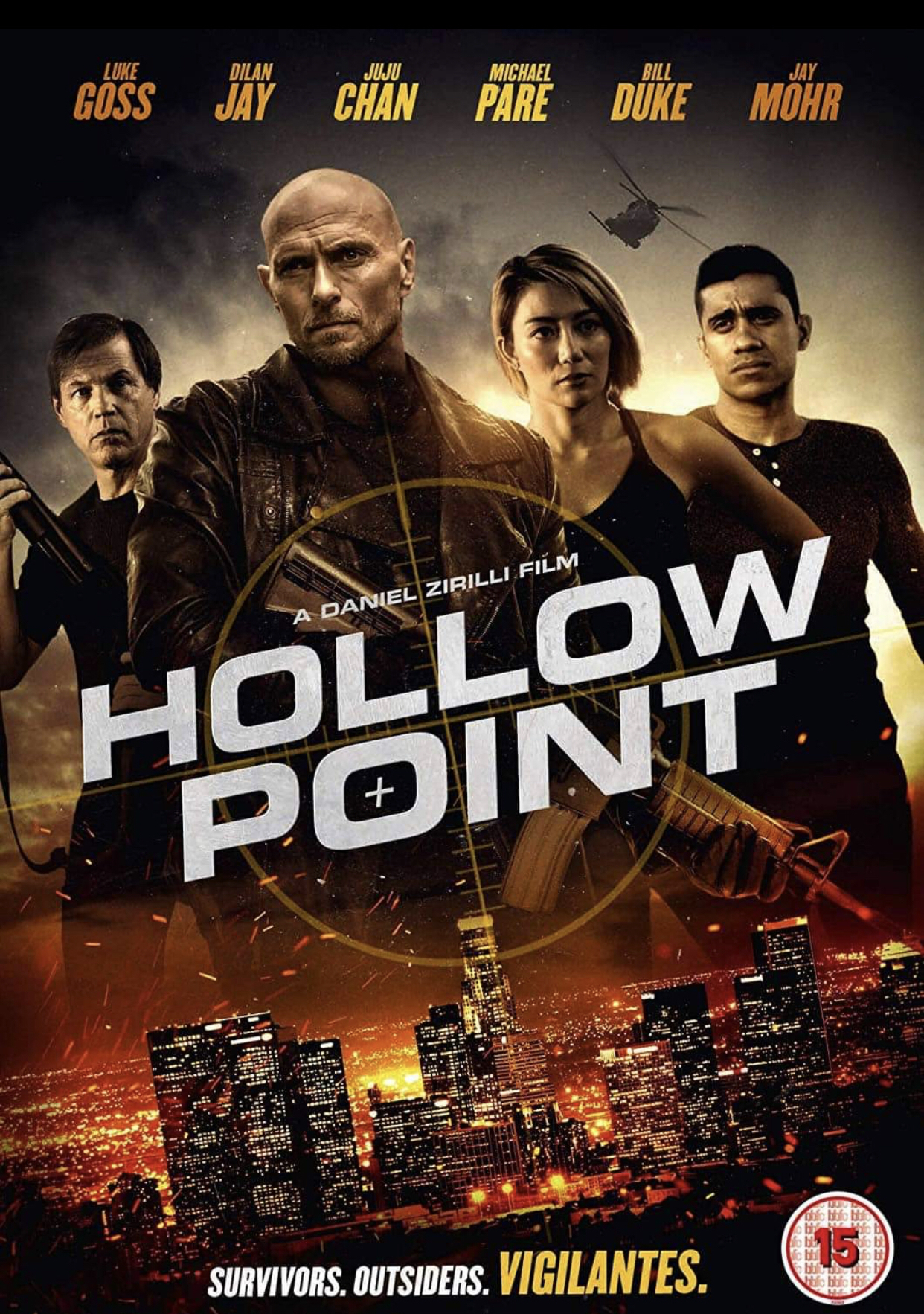 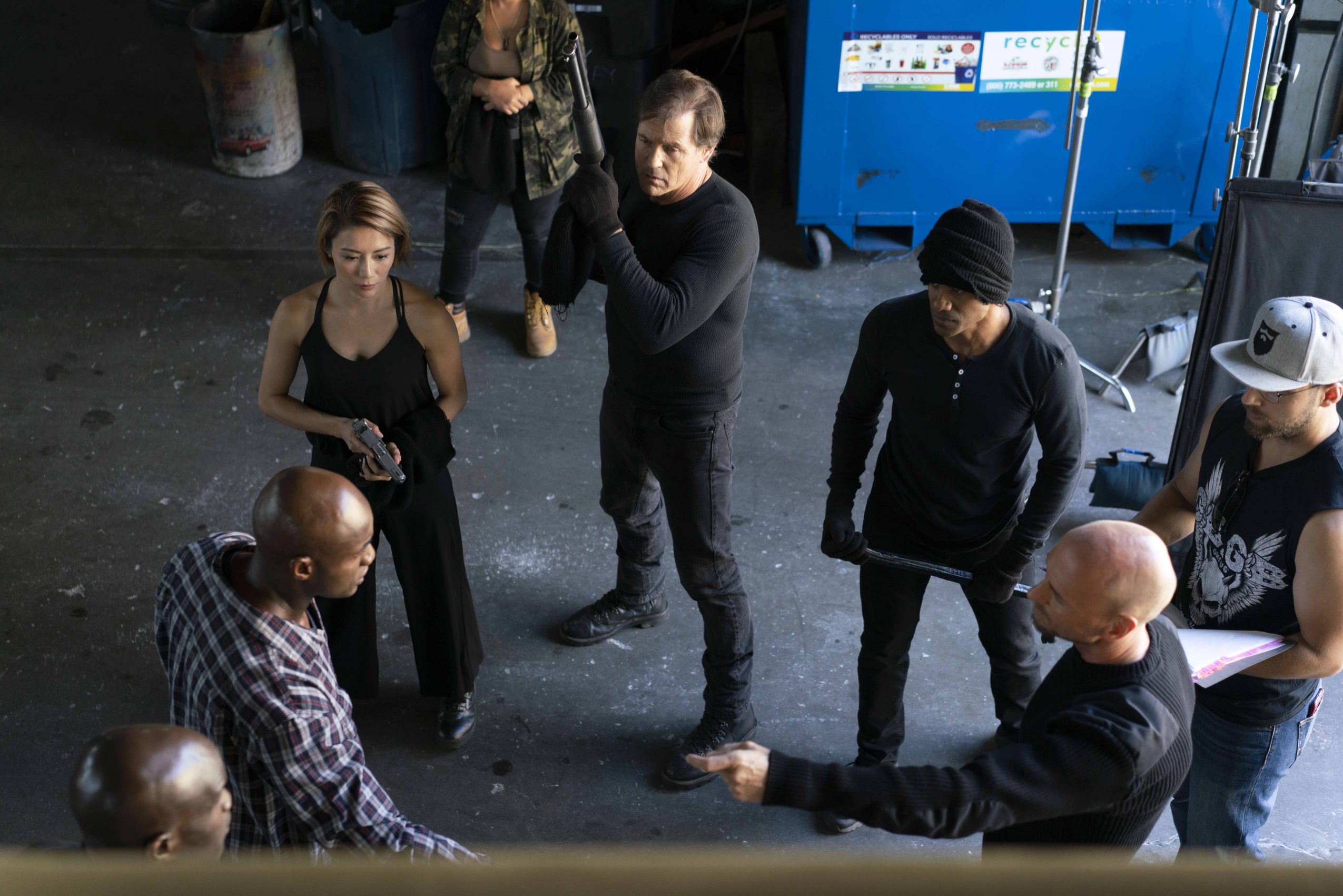 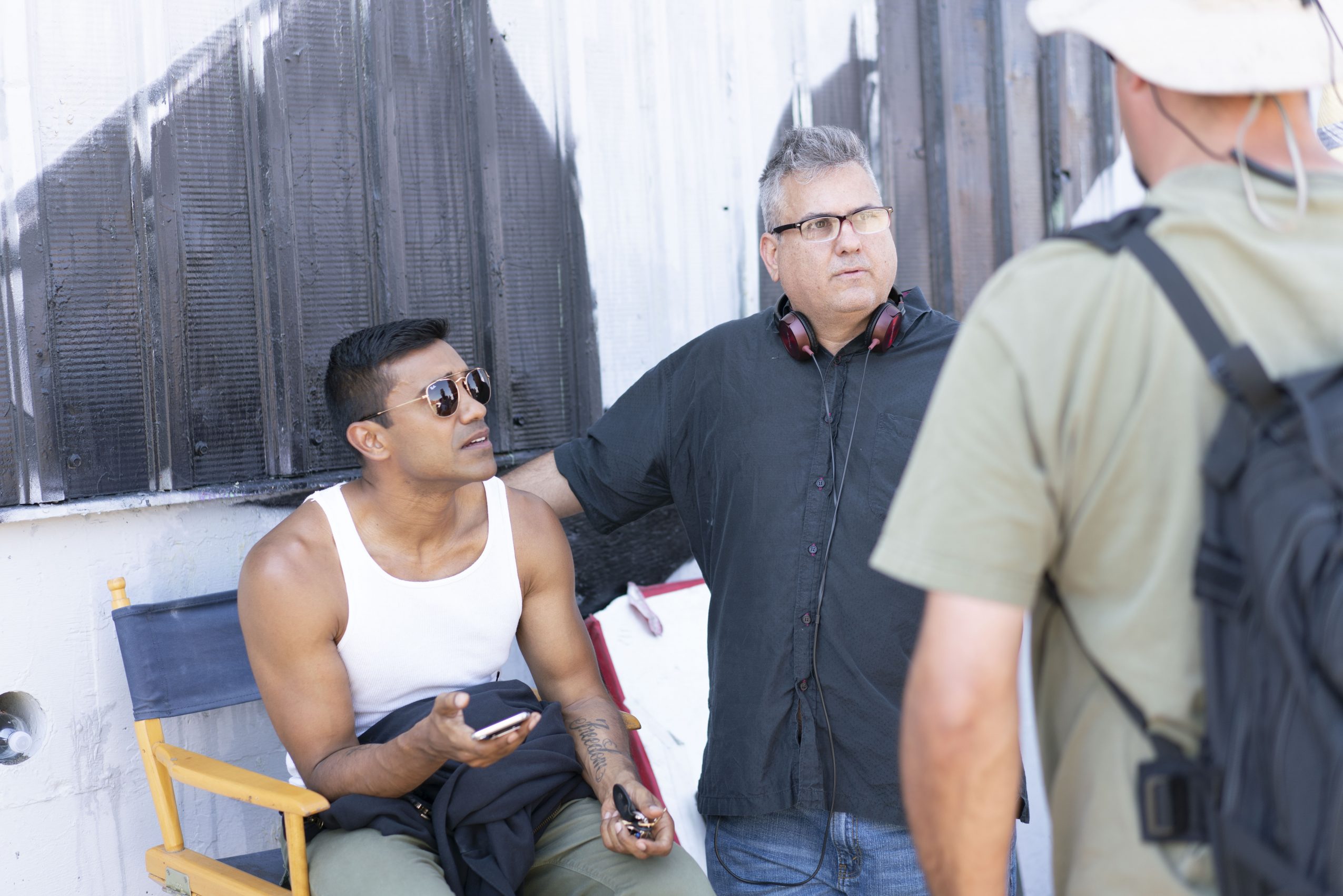 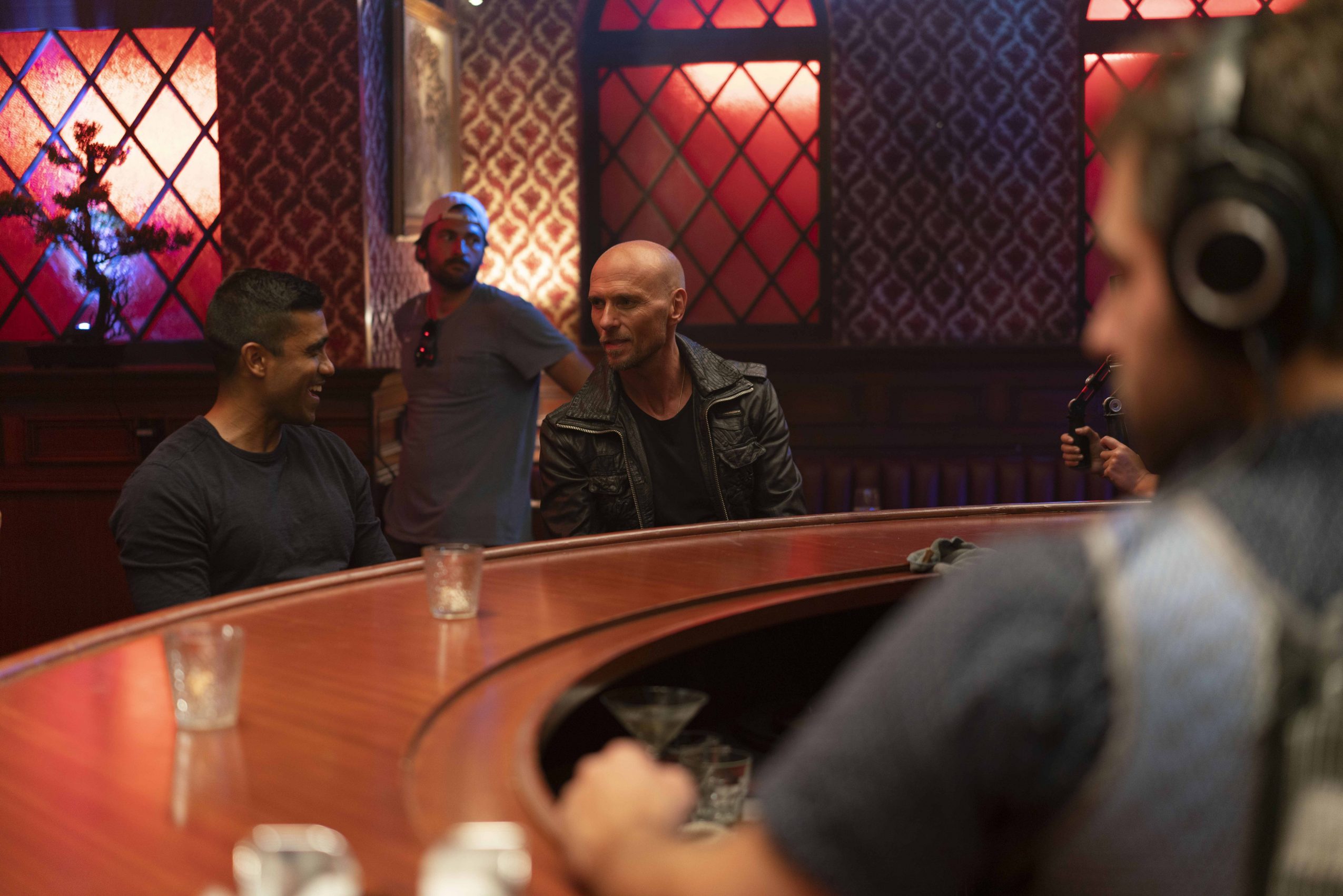 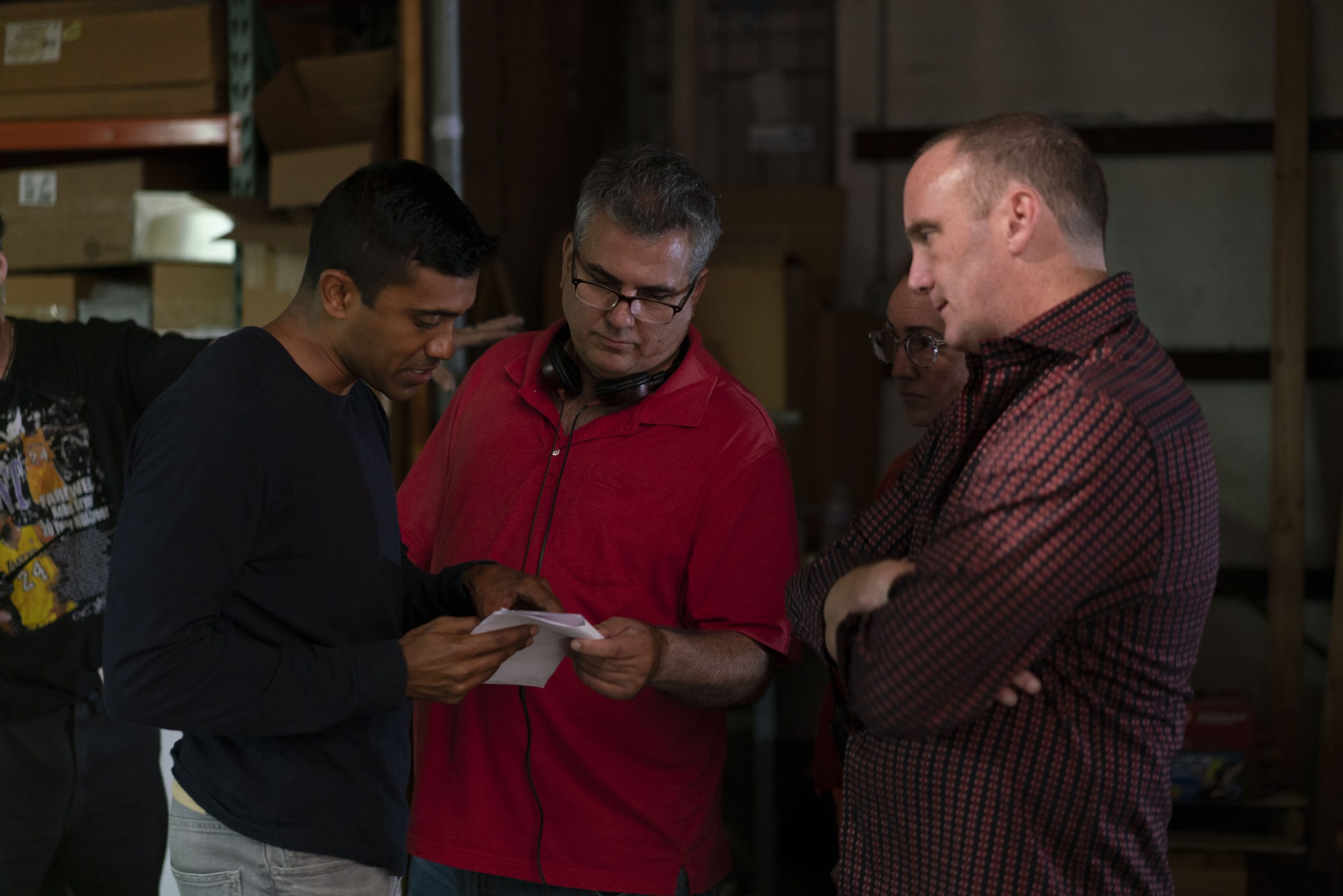