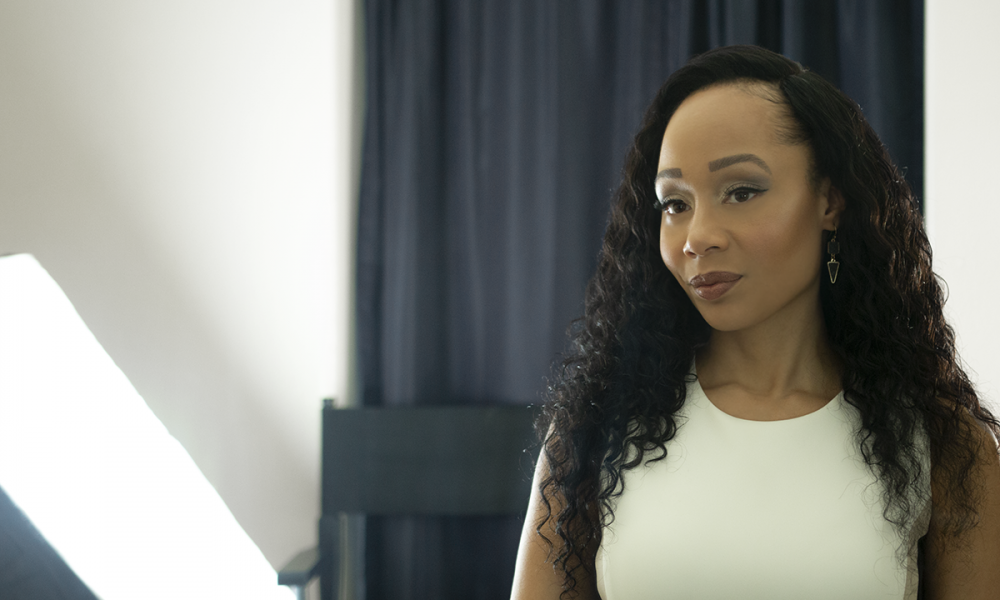 Today we’d like to introduce you to Diana Ivelis Cherubin-Wolfe.

Diana Ivelis, can you briefly walk us through your story – how you started and how you got to where you are today.
I had a background in cosmetology with over ten years of experience and my dream was to travel the world styling and applying makeup to celebrities behind the scenes of film and TV sets! After closing my beauty salon in 2013, I believed that I would never experience anything close until my two older children began asking about getting into acting.

My oldest had been interested in acting since she was about 8 or 9 but we had no idea how to get her started. When she turned 12, we were referred to a friend’s agency and that’s when my son begged to go too. Well from that point back in 2014, our lives changed. Right away, my kids began auditioning and my son Travis Wolfe Jr began booking roles. Actually, he booked his very first audition which was a paid role for ABC news! Things were moving fast and I didn’t know anything about the industry so I began asking the agent questions. Her answers intrigued me and I wanted to know more. I began researching the Entertainment Industry and reading anything I could get my hands on that was industry related. For years I have spent almost every day learning something new that I could use strategically for my family.

The information fascinated me and I used what I learned to help us navigate through, dipping and dodging around bad deals and scams. But every time I turned around, I would run into a parent that would have a horror story about how they were taken advantage of when they tried to support their child who had a passion for acting.

I began sharing the information with parents but many of them were already discouraged and didn’t trust what I would tell them. It wasn’t until I replicated the same success in managing my children on the east coast (Philadelphia/NYC) after we moved to the west coast that parents began understanding that I know what it takes to be a successful working actor in the Entertainment Industry.

Within two years of moving to Los Angeles, my son had an agent, shot commercials, films, music videos, became a member of SAG-AFTRA, and can now be seen on shows like Grownish, The Neighborhood and Disney’s Ravens Home. Last year he booked his career-changing series regular role on CBS’ Bob Hearts Abishola and they were just renewed for a second season! My daughter Aniya Wolfe who started us in this journey left acting to work on the directing and producing side and at 18 years old she is running her own production company and is an award-winning director that has worked for companies like Google.

I have always felt like it was my mission to help parents of talented, passionate children who yearned to work on professional sets. In 2018, I decided to begin my acting career consulting company Affirm Your star and earlier this year we extended it into an online academy that consists of a step-by-step on program that guides actors through everything they need to know to become successful in the industry. Though I specialize in helping parents, anyone of any age can utilize this information to win!

Affirm Your Star Academy has gotten amazing feedback but I wanted make sure I could help everyone who needed it so I opened up our Facebook group free to the public and started a YouTube channel where I share amazing tips and tricks that been proven to work! I am so excited and I truly feel like I have finally fulfilled my purpose in life.

Has it been a smooth road?
Absolutely not! Moving across the country from Philadelphia to Los Angeles was one of the hardest things I had to do. I left behind my friends and family and everything else I knew, not to mention, my husband couldn’t move with us in the beginning because of work. We were all separated for about a year.

It was hard financially as well. My husband sold our home back in Philadelphia and moved in with his sister so that we could afford to live in LA. We had a three bedroom, three floor home in Philly and now we all stayed in a one bedroom apartment in LA! We knew no one here, lots of sacrifices were made.

So, as you know, we’re impressed with Affirm Your Star – tell our readers more, for example what you’re most proud of and what sets you apart from others.
Affirm Your Star Academy is a step-by-step online program for actors looking to improve their presence in the industry. I specialize in helping parents of child actors but the online academy has courses for both parents of child actors and adult actors. I am extremely proud of AYSA because it is a compilation of everything I have learned through my experience in being a manager to my entire family including my husband who is now acting, my experience in working for an agency for over a year here in Los Angeles, my behind the scenes experience as I have been involved in producing, casting and writing for projects and all of the interviews and questions I have asked my industry connections. What sets me apart is my true passion for wanting to help and love for the industry. I have experiences that many haven’t had in my field, especially successfully managing my kids on my own.

Let’s touch on your thoughts about our city – what do you like the most and least?
I love that this is a city of infinite opportunity where the sun is almost always shining! There isn’t anything I don’t like about LA. 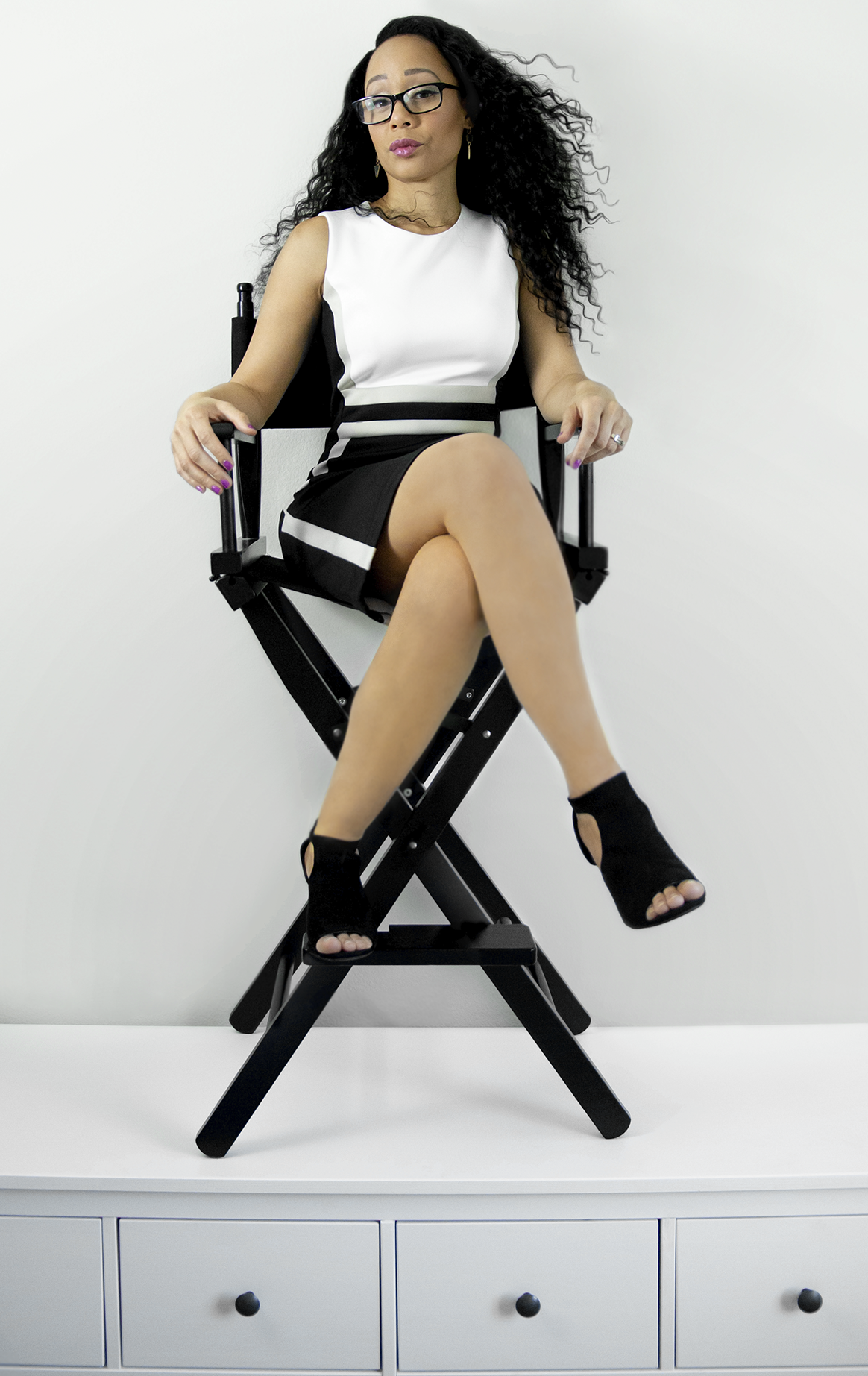 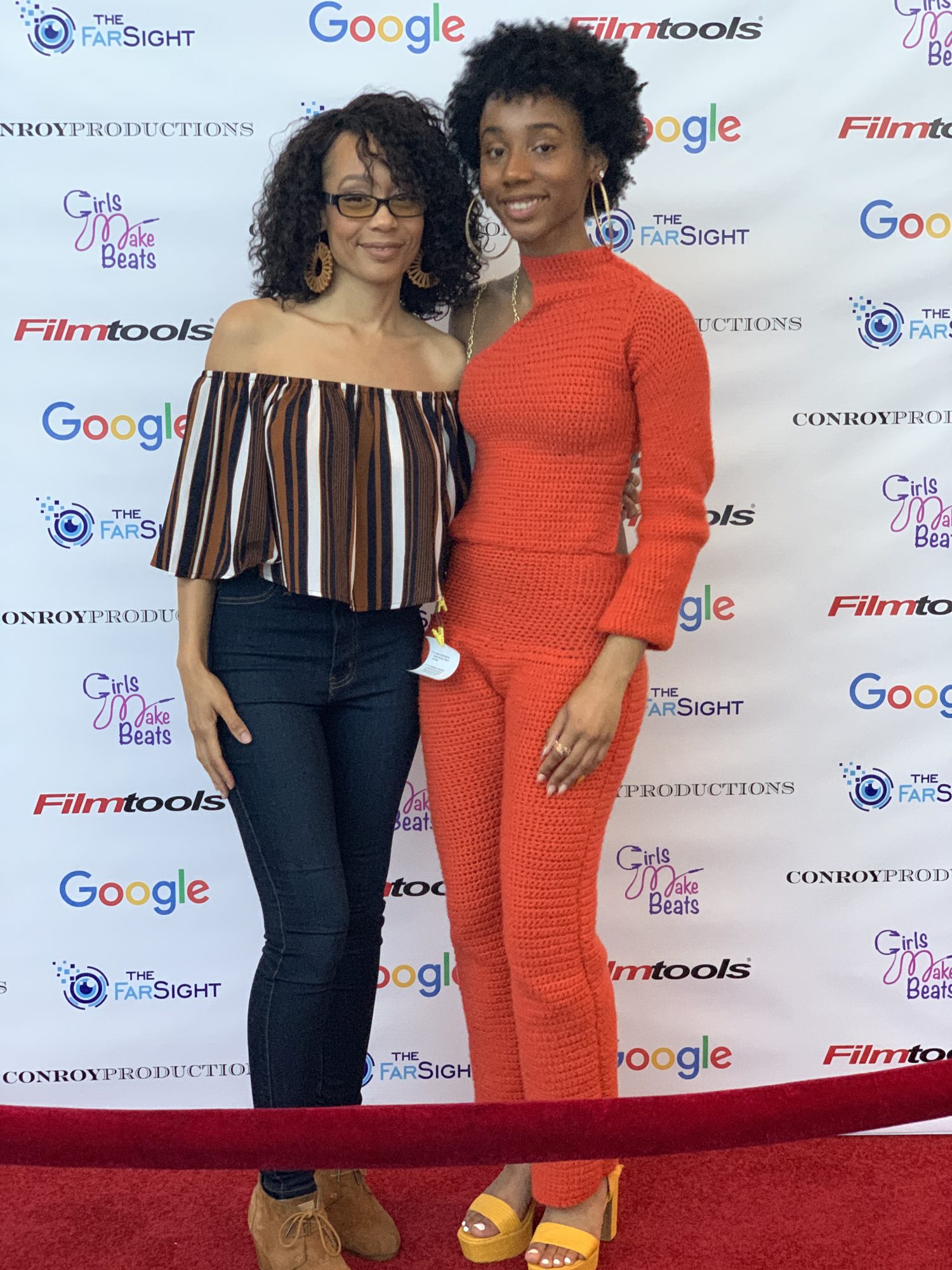 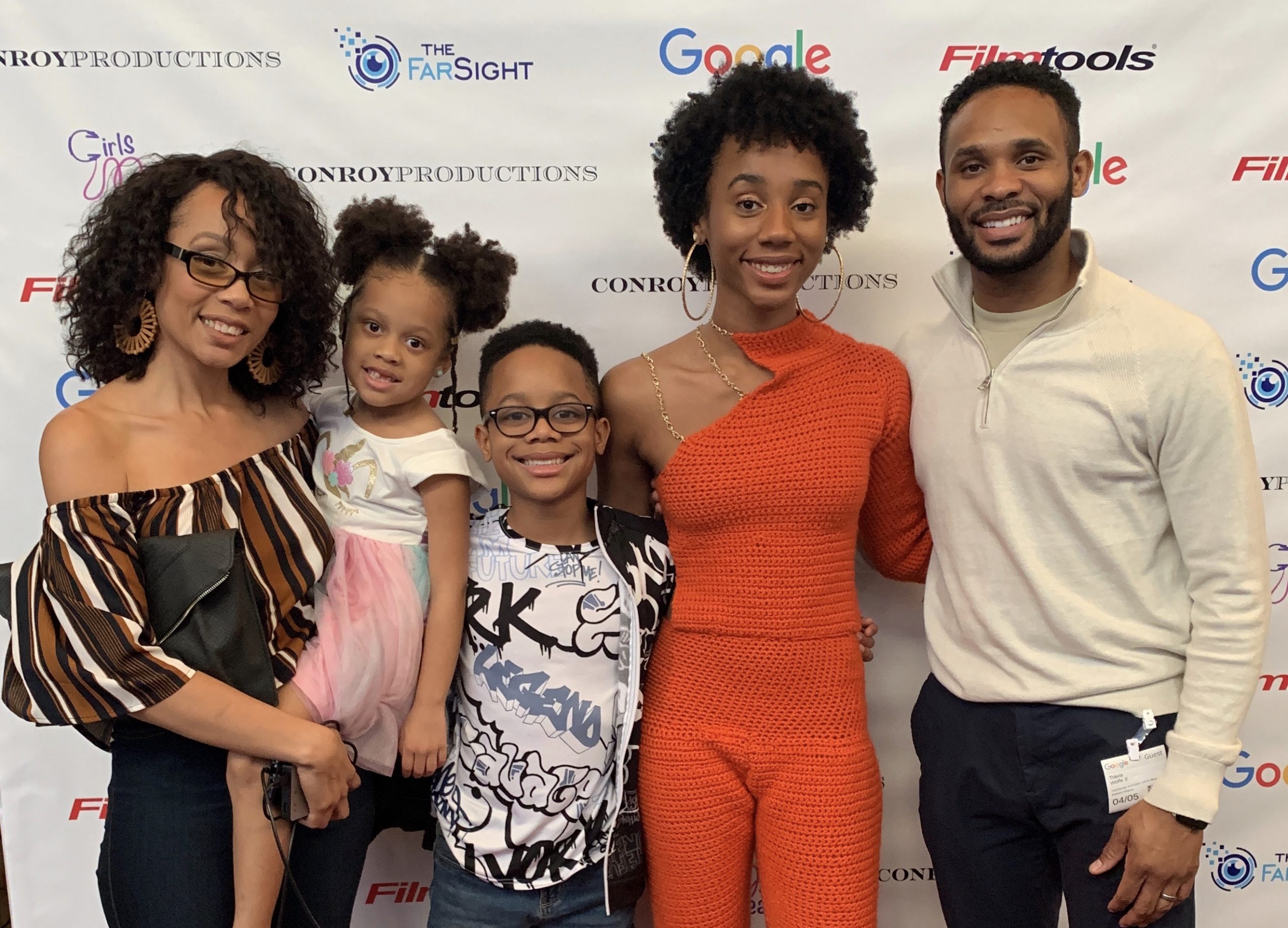 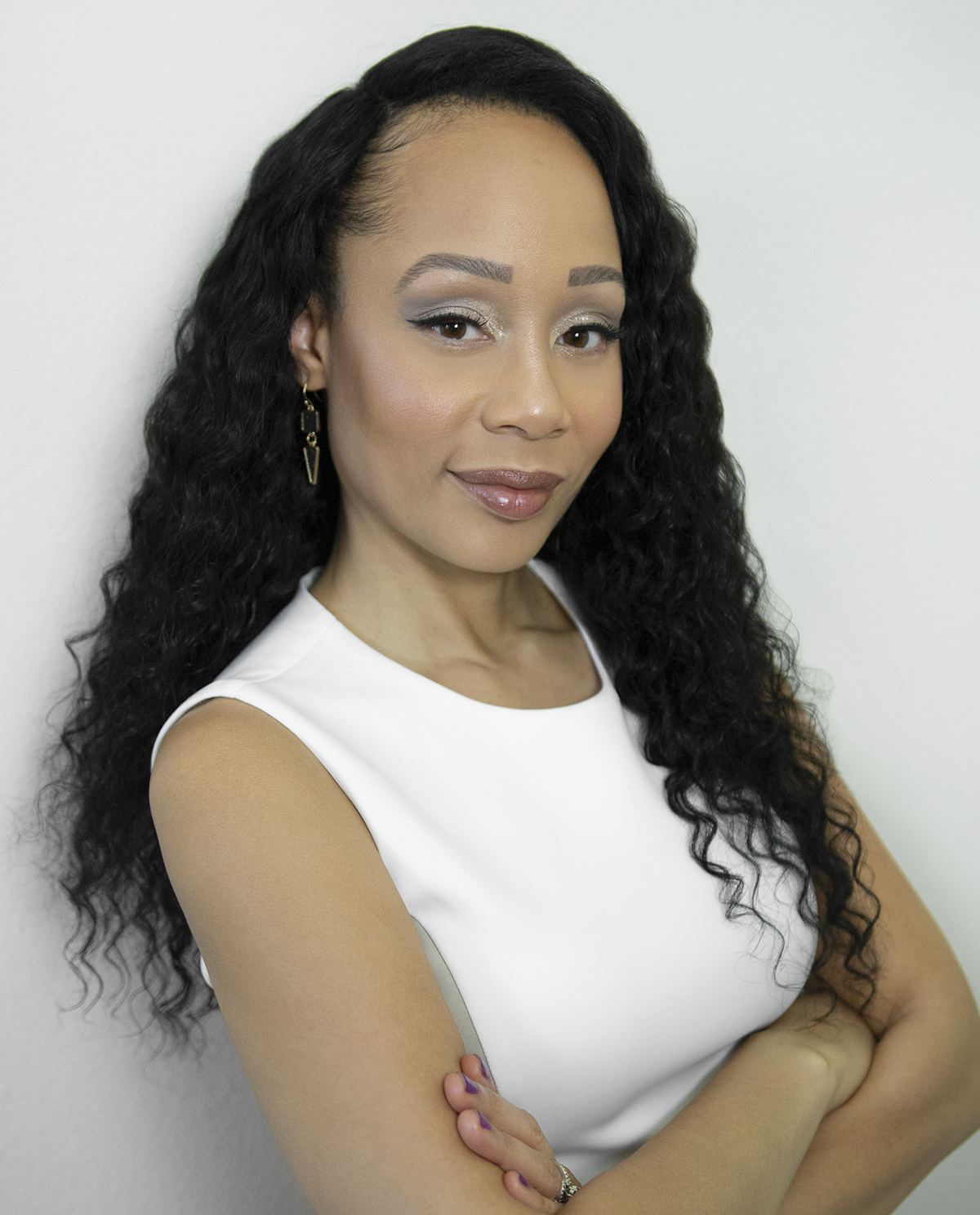