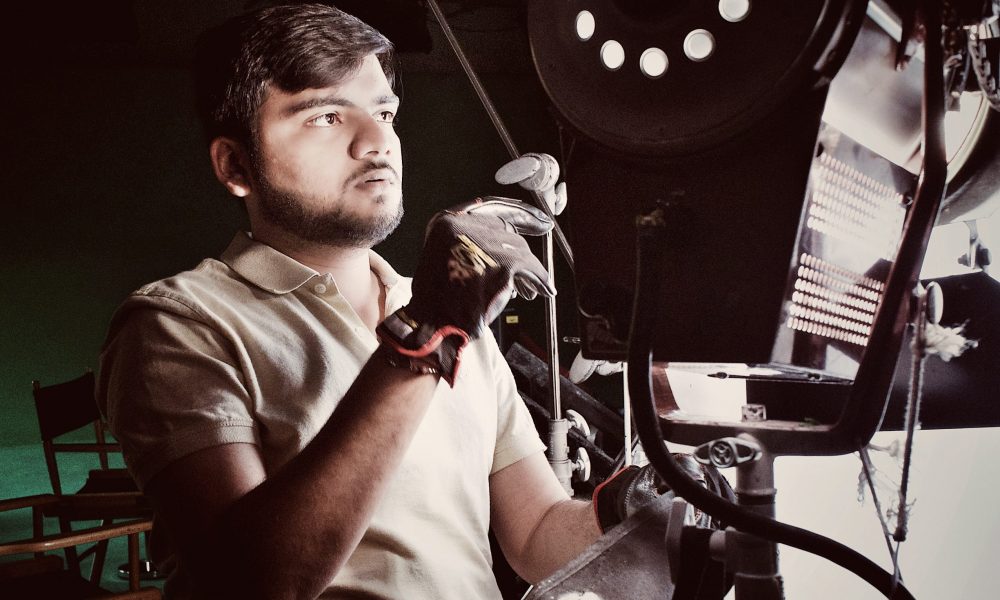 Today we’d like to introduce you to Dhruv Panchal.

Thanks for sharing your story with us Dhruv. So, let’s start at the beginning and we can move on from there.
I had no idea of being into this industry until later 2015 when I first used the DSLR camera. I was supposed to finish B.E in Mechanical engineering and had no idea about working as a cinematographer. I don’t even have any family background in this, and my dad never liked cameras and stuff. He is a businessman and wanted me to be an engineer.

But focusing on the camera, the greatest singer Arijit Singh helped me a little in a way that I became a fan of his voice and got a chance to do photography in his concert. And I worked for five days and nights, where I realized that this is my passion, I love doing this. I still couldn’t leave engineering so started finding people and learning about cameras by own and worked a lot for free to get contacts.

After two years I felt like achieving something when I made some good short films and good contacts but still didn’t clear in engineering so there was a long conflict between parents, engineering and my passion. So we finally ended up deciding to try to get into film school in Hollywood, if I don’t get it then I would have to finish engineering anyway. So that was my only chance to get really into Filmmaking, luckily I cleared it. And my parents have been really supportive and motivational after that.

There were lots of ups and downs. Some people didn’t believe in me, so I always tried to find the right people from where I can get inspiration and don’t let myself down.

Also when I started making short films I wasn’t clear about particularly cinematography. But my passion, lots of practice and a little motivation really helped me to create and shape my clear vision and to set my goal.

And one more interesting thing is when we finally decided to try for Hollywood, I met a lot of Visa consultants from a small scale to a huge scale. But all I got in reply was your case is not possible, try something else. Even some of my mentors said that you can’t get a visa like this. But finally, when I was about to give up, I met this one consultant who believed in me and helped me to get here.

Overall, has it been relatively smooth? If not, what were some of the struggles along the way?
I think there’s never a smooth road in life, there’s always something in your way to reaching your goal.

As I’ve mentioned before that first there was no support or any kind of motivation for me to follow this only passion of my life. But the camera was the first and only fascinating thing in my life which I never thought to give it up. Also, I was going through a very hard phase of my life when I thought of making into this industry and surprisingly that camera helped me a lot to get through it.

When I was started shooting short films with few friends, my parents thought I am just doing an extra activity, they didn’t know I am taking it seriously. They realized when I asked them to go to film school because I wanted to expand my talent, meet people and make new connections. But they still didn’t know how I was doing in engineering, I never told them because of the fear I had. Finally, everything was over the limit and got exposed that I am very close to quitting engineering in the final semester. So, everyone except my brother told me to give up my passion and finish engineering. But, somehow I had that courage to finally fight their decision.

Career-wise, when I got my first free photography and videography gig I didn’t know how to use manual mode and didn’t have enough time to learn, so I just called my new and only photographer friend to ask what to do in that particular event. And it wasn’t that bad as a very first-timer. Funny story, other professionals at that event thought I was a professional, so when I asked them to join me in their team to get more work they didn’t take me. But anyway, as everyone else I also wanted professional training to get better at it. But didn’t have any money or support to do it. So, just kept watching tutorials on YouTube and kept shooting with my friend’s DSLR.

Started approaching professionals to get actual gigs, and working for free. But every time people started loving my work and appreciated a lot. In a way, I got in touch with pro team and they trained me for using studio lights. On the other side, the best lesson I got from practicing with friends making films, met some people who knew something about it and just started following and learning.

We’d love to hear more about your work.
I am a freelance filmmaker, specializes in Cinematography. And I am known as a DP because that’s my initials and that’s what I love to do. I used to be a good editor too, but when I started getting back to back Cinematography gigs, I just stopped editing and just focused my top skills as a Cinematographer.

I started loving it more when I got into film school and playing with the set lighting. After making lots of short films as a Cinematographer, I kept improving my work and people worked with me started calling me “perfectionist”. Because I don’t just think as a cinematographer when I am planning, I plan my films without compromising any creativity and I always try to keep everything in time. But if nothing is perfect, so if anything goes wrong on set I don’t just let it go, I fix it and make it as I want it and how the director wanted it. I have also improvised quickly with some issues.

Especially, I always criticize my work end of the day and try to find my own mistakes or any other mistake happened on set. It took a lot to be very confident of what I do and it is a huge responsibility. So, after hearing from lots of different people “You have a good vision and you know what you’re doing”, I could say that’s what sets me apart from others.

Any shoutouts? Who else deserves credit in this story – who has played a meaningful role?
There are lots of people deserves credit. First I want to give big credit to all my friends with whom I spent my hardest time of life and they were always there to support me. And we were a group of engineers and few of us wanted to film something and every friend supported us to make that happen.

Interestingly, I met and approached the first professional photographer named Santosh on a friendship day party in my hometown. He gave a chance to cover an event but without any pay and I was totally okay with it. He liked my work so much that he just started working with me as his partner.

But before all that, I am very much thankful for the event company I started working only to cover my favorite singer’s concerts and through them, I met a few pro-people who liked my work enthusiasm and that’s how I found my one and only honest and very knowledgable mentor Ravi Mistry. I met him on a wedding shoot through Parth Oza who hired me to assist him and then they added me to their team after the first gig. They both really taught me professional terms of photography and filmmaking as well.

After all this, I still appreciate my parents and my siblings especially my brother who finally believed and supported me to be in a tough industry.

Last but not least, I was very nervous to talk to new people here in film school, but when we started making films, I found the best team to work with and I really appreciate their support to believe in my passion and I am confident Cinematographer because of them. 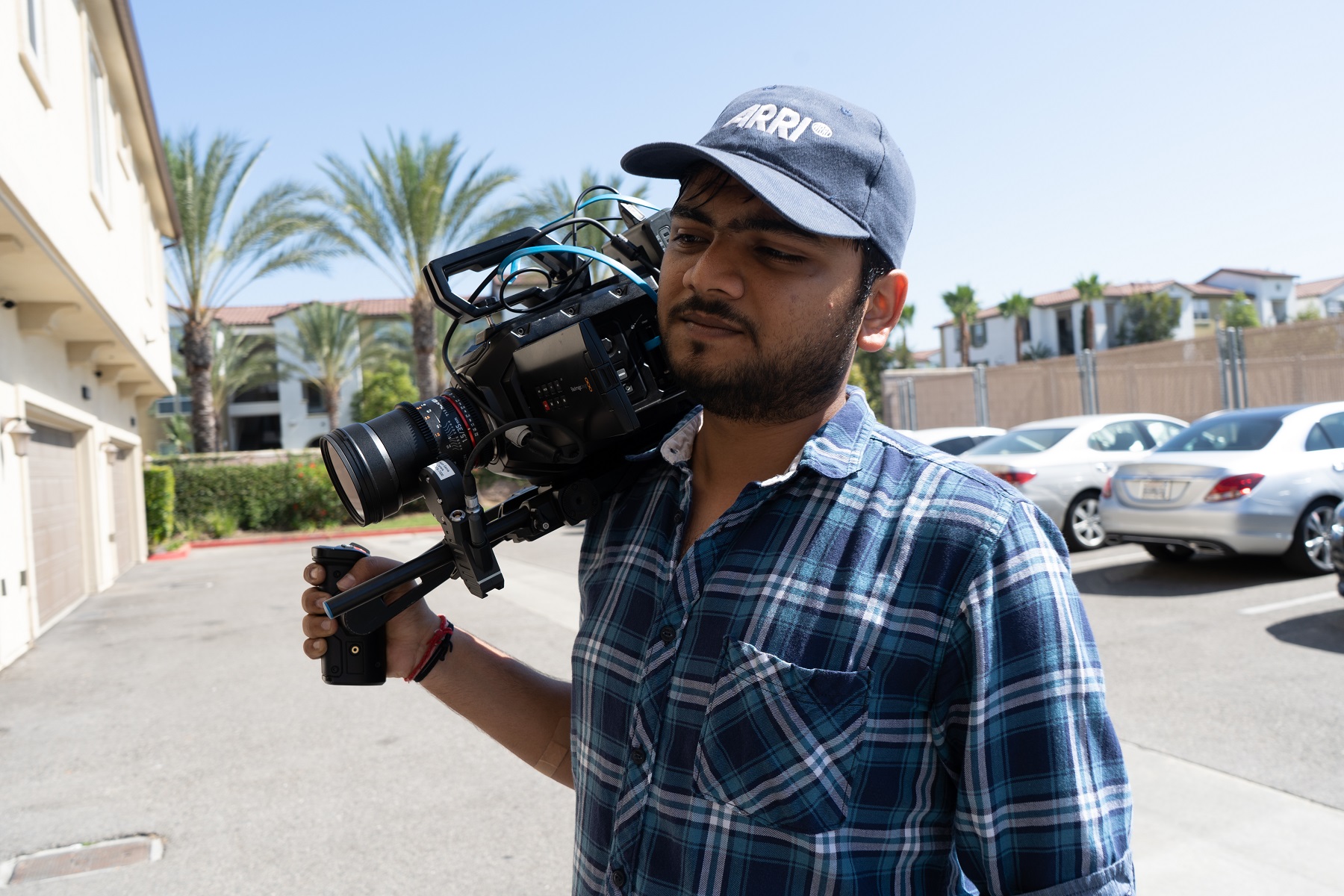 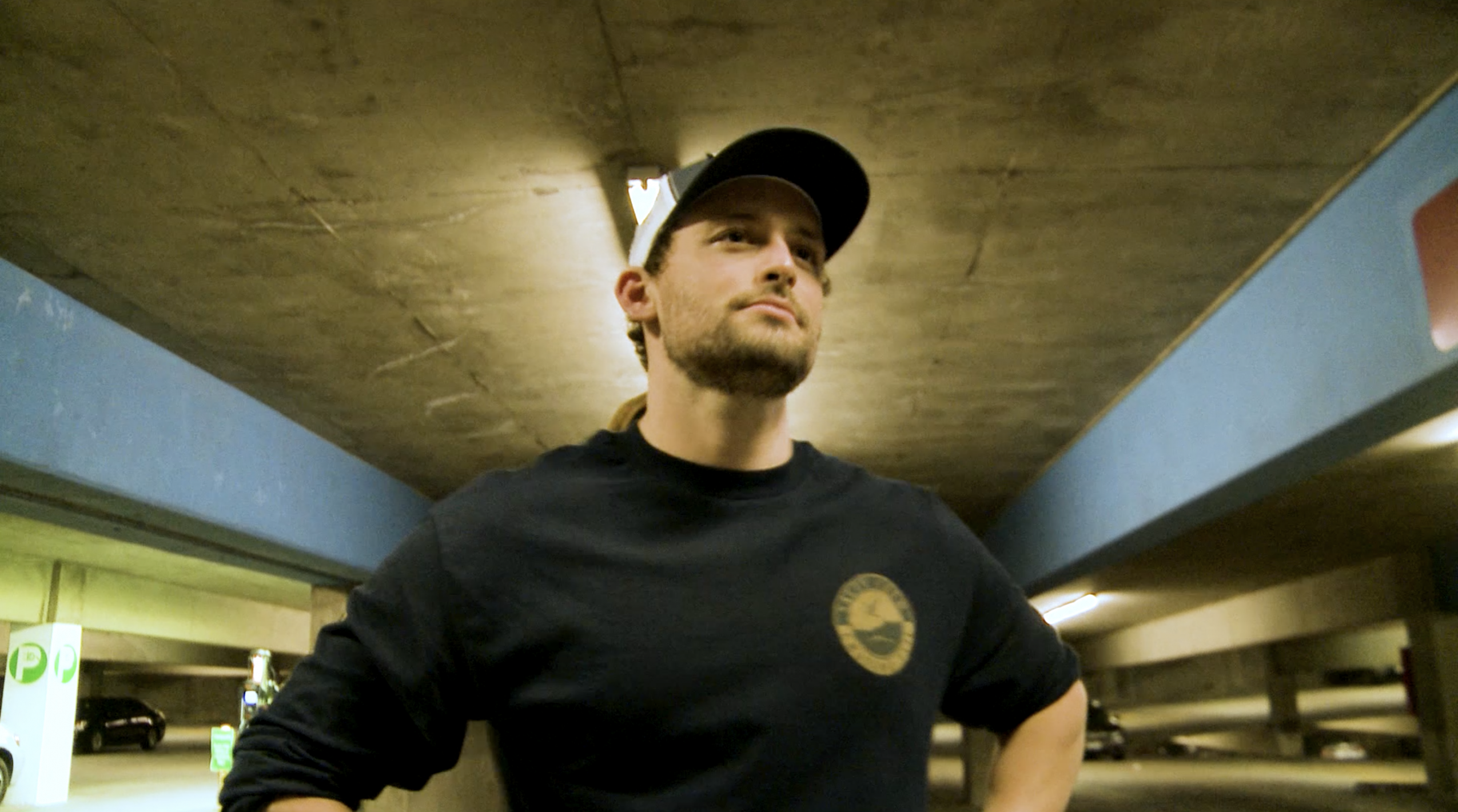