Meet DeVon Cosby of VisualsbyDeVon in In San Diego 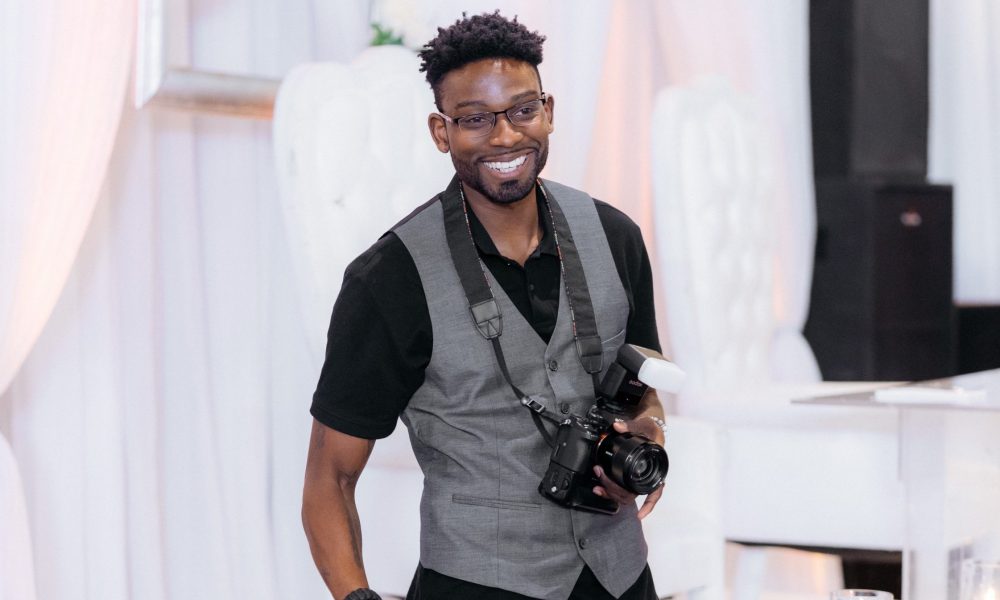 Today we’d like to introduce you to DeVon Cosby.

So, before we jump into specific questions about the business, why don’t you give us some details about you and your story.
I was born in Hawaii. My father was in the military. Fast forward to the day I picked up a camera. I was always fascinated by everyone’s smile. So I chose to emulate what I would like to see on others by smiling in every picture. But the influence of course came from my parents always saying to smile in photos. I first used a Polaroid and the shaking of the photo that it output made it so rewarding when the picture finally revealed itself. Next, I would say High School had a huge impact on my photography career because everyone had access to some type of device to take a picture of people and it seemed I always found myself in front of the camera.

Throughout my military career, I took the least amount of pictures with people but upped the amount of pictures I took of things and of myself to share with family back home. Once I moved back to San Diego, CA I had a few years left on my military career and that is when I picked the camera back up. I became a family man and wanted to assist my spouse at the time with taking photos of the family so she would be in the photos as well. That led to me buying camera after camera over the next four years until I finally settled on my current camera setup. Sony A7rii w/multiple lens.

Only this year (2019) have I taken it serious as a photographer and done some really awesome events that has one challenged me personally (after a separation from the spouse) and challenged me professionally by incorporating my photography business and having to say no to gigs when all I want to do is capture with my camera. Current day I would say from April til now I have done over 25 events ranging from Event coverage of Job Fairs to Open Mic performances to following artist around to Festivals or interviews at Radio Stations. This year has allowed me to grow my inner self and improve my outside image (how others see me) in a professional sense. The tools of the trade have always intrigued me and has been my biggest challenge. But with the help of a joint venture myself and some other Veterans have initiated, I have overcome the challenges by tagging along on joint wedding event coverage and brand photo shoots. I specialize in doing Veteran based events and nonprofit events.

Where I am today is largely based on my family roots and how I raise my two boys now. Grew up with both parents in the household along with my older brother (Army Vet). The household was always filled with love and that is what I give to my two boys. That is the biggest reason I do photography. It is a way to give back the love I have been given my whole life and allows me to be part of something bigger than myself. Once you separate from the military you lose the serving part, but picking up the camera part-time has given me that sense of service again.

We’re always bombarded by how great it is to pursue your passion, etc – but we’ve spoken with enough people to know that it’s not always easy. Overall, would you say things have been easy for you?
The road has been as challenging as it should be. The first challenge was saying no. Once I started taking on event after event, mainly for free I was backlogged with multiple events to edit and I was more concerned with taking on as many events as possible to get my name out there and get the most amount of work in with the time I had available. The second challenge is more current day. Having a harddrive that has stopped working and now it is with a Data Recovery company trying to recover some of those 25 plus events that need to be delivered. The struggle comes with wanting to create a specialty, but announce to the world that I am a photographer, but many people know photographers. What I would like passed on through the work that I do is that I am in service to you and doing so gives me the most joy. The last struggle to bring up is gear acquisition. Some photographers will understand what I mean, but trying to get the right setup to cover all jobs is a struggle because you don’t want to do everything.

We’d love to hear more about your business.
Well, the business was just incorporated this year as a sole proprietorship. So I am the Creator and Operator of everything that is VisualsbyDeVon. My specialty is Event Photography. This covers a wide spectrum so I will speak to what it is that I do for Event Photography, here in San Diego there is a huge Veteran Community and they throw countless events. Most are not covered by photo or video and so with a joint venture started earlier this year, I became part of an all Veteran Media Fire Team. With the joining of this team, I have been mentored and coached on how to present myself for available jobs as well have had the ability to be introduced to clients that have reached out to me for outside projects. The events I have done are Veteran based events mainly: ranging from Red Carpet movie premieres for a Veteran based movie prologue, Charity Golf tournament, event coverage for Veteran based businesses, Photo coverage for events to raise money for Veterans with disabilities, and a 5k run coverage to support Heros in the community. Outside of the Veteran community I currently operate as the house photographer at a local open mic night where I meet new artist that reach out for my photo/video coverage from anywhere from Festival coverage, interviews, performances, and vlogs/visuals for music videos.

As a sole proprietorship, I pride myself in being available to the community when they reach out. A lot of what I have done has been free or a low fee. Reason being is I choose to be part of something bigger than myself rather than make my pockets bigger than the cause I can be part of. The thing that sets me apart is not only do I have my own business, but I am in partnership with a joint venture of veteran photographers that has given us all the opportunity to serve the community as a team. This allows future clients to have the ability to book us individually or we come as a package.

What were you like growing up?
Wheww, thinking back to these times may take me some time. No, in all seriousness I would say I was a pleaser/giver as a child and still am til this day. Growing up with an older brother made it easy for me. He would make all the mistakes and have me learn from his mistakes which gave me a pretty positive outlook on life always. I would always appreciate when I was able to be part of something and always willing to lend a helping hand when it was needed.

My personality differs based on others moods. Sometimes people need someone to lean on and other times they need someone to tell it to them straight. Not saying my advice is always the best, but I have lived a life that has placed me in situations most have not been in. From being around kids of all nationalities from birth, to serving my country in the US Air Force, to raising bi-racial boys.

My interest were always in sports and fixing things. Whether it was being part of a team or playing with the childhood neighbors I always wanted to remain active. The fixing part ranges from fixing things to trying my best to fix people. My military career took me around the globe and along that path I have met others that viewed me in a particular way (I was told this), but after years of not speaking to most of my fellow Airmen we have recently (in the last 2-3 years) reconnected and it seems our stories are helping each other heal.

As a Father, I tend to be interested in anything my two boys are interested in and try and introduce them to the things I did as a kid but see things through their eyes. As a parent, we always think to raise our children better than we were raised, but we fail to release that they are not asking for it. They see everything we do or introduce them to as the best ever because they don’t know any different. 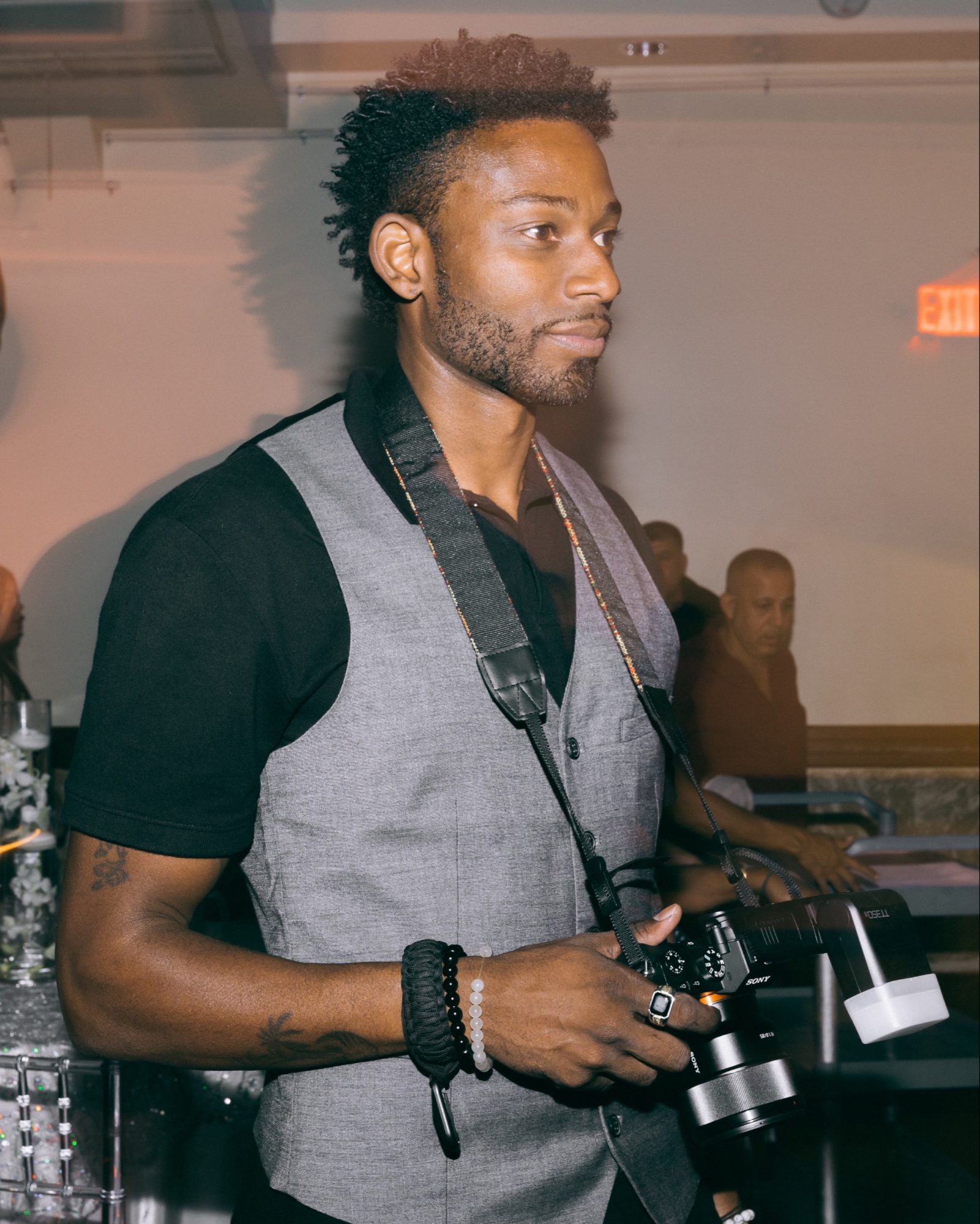 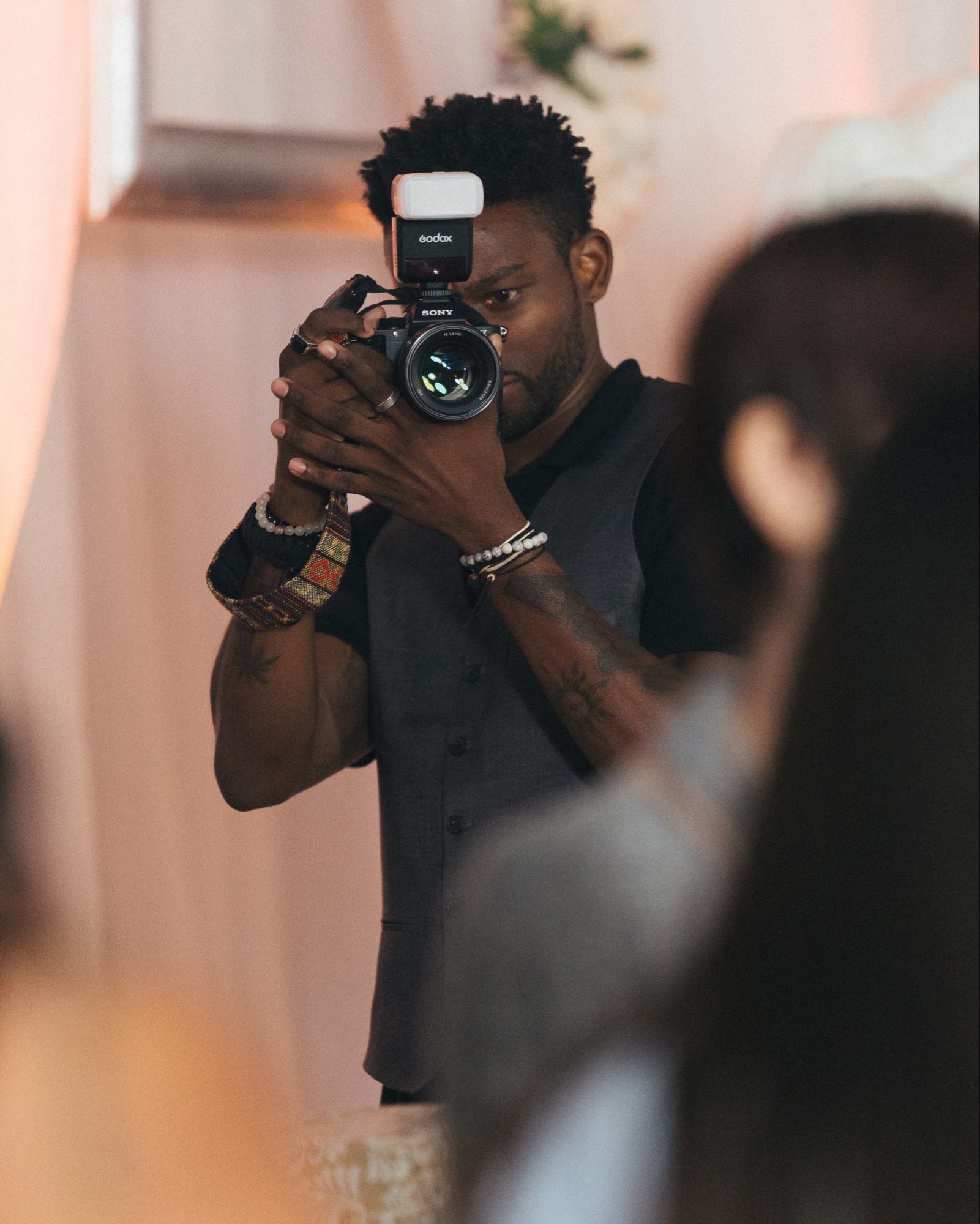 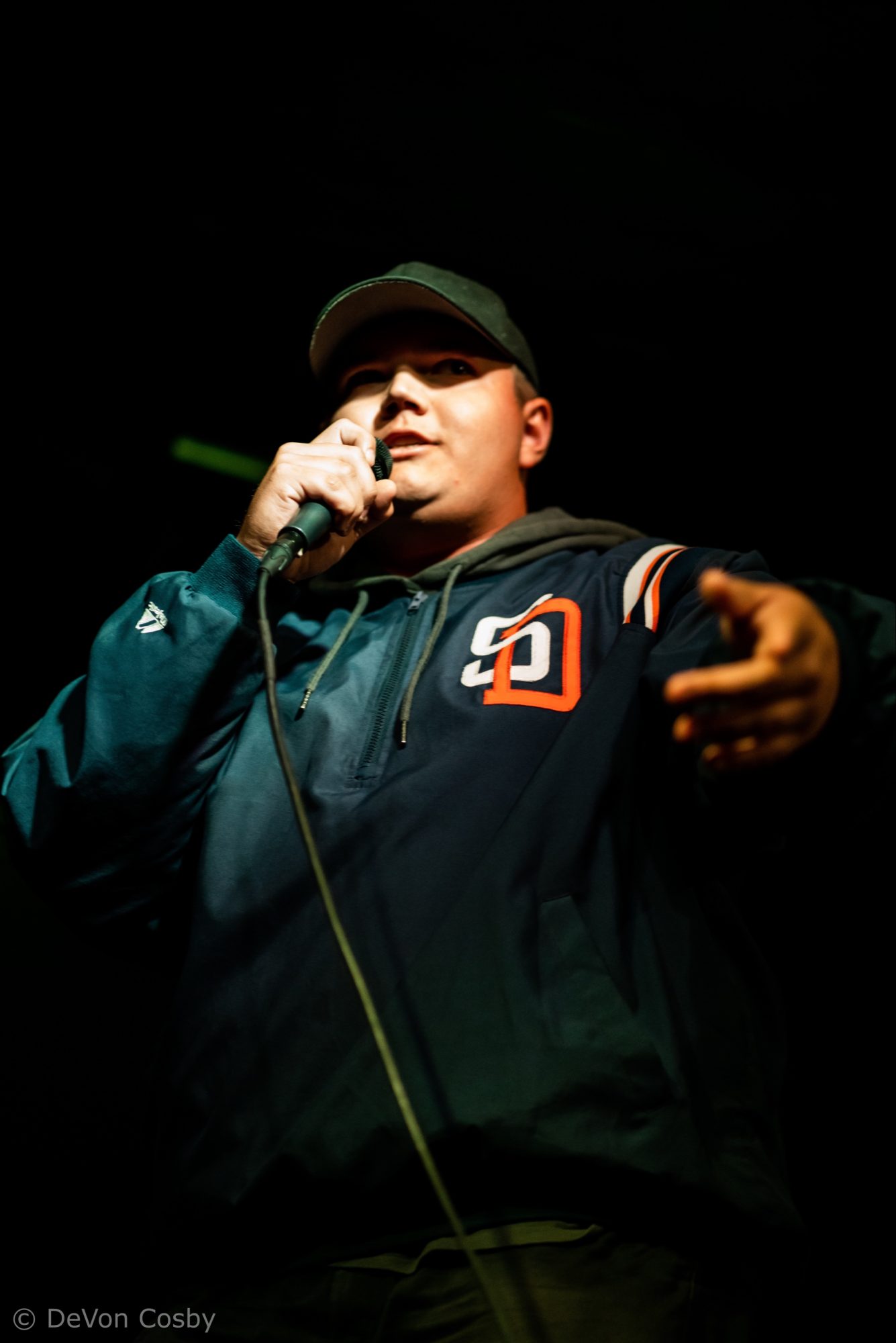 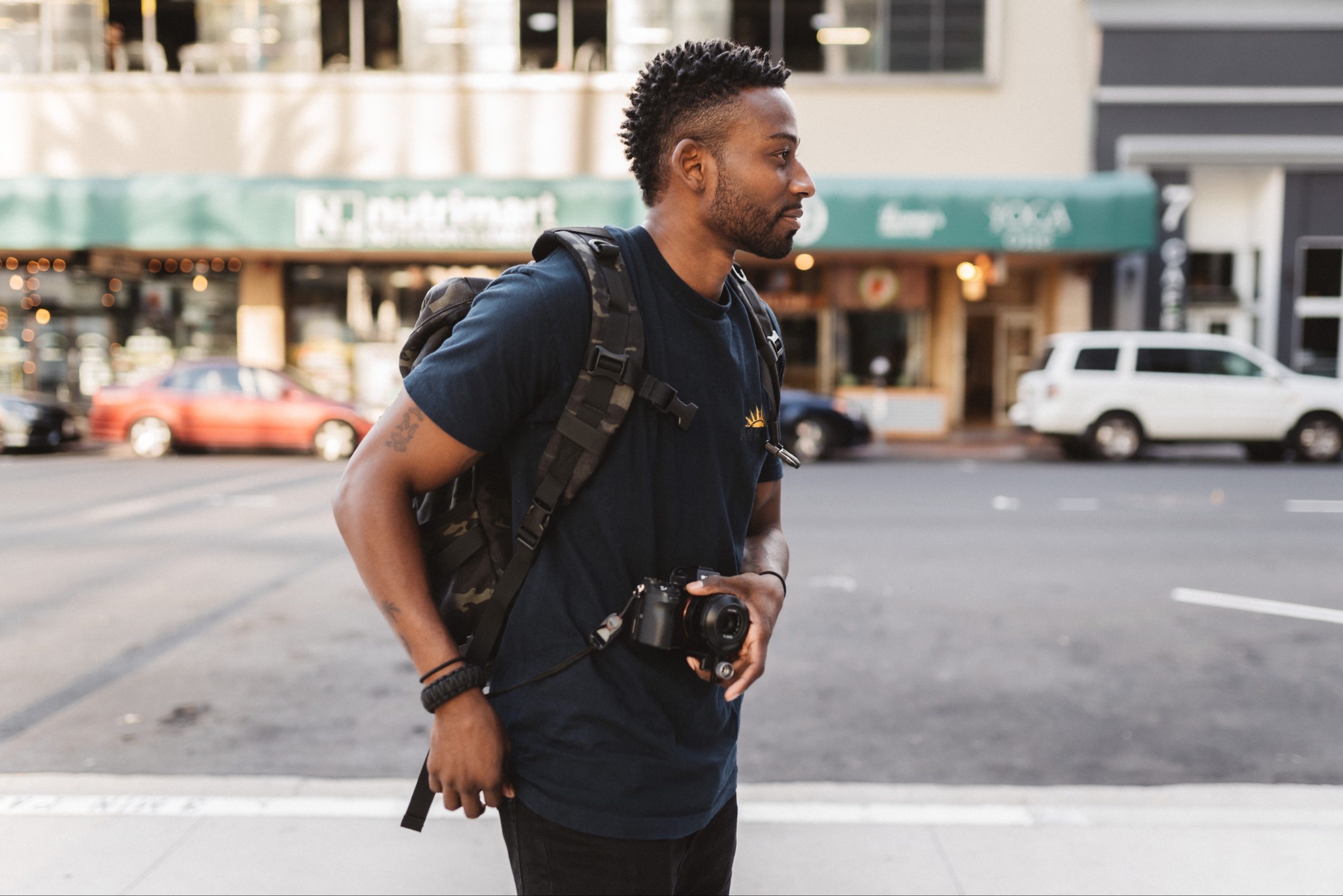 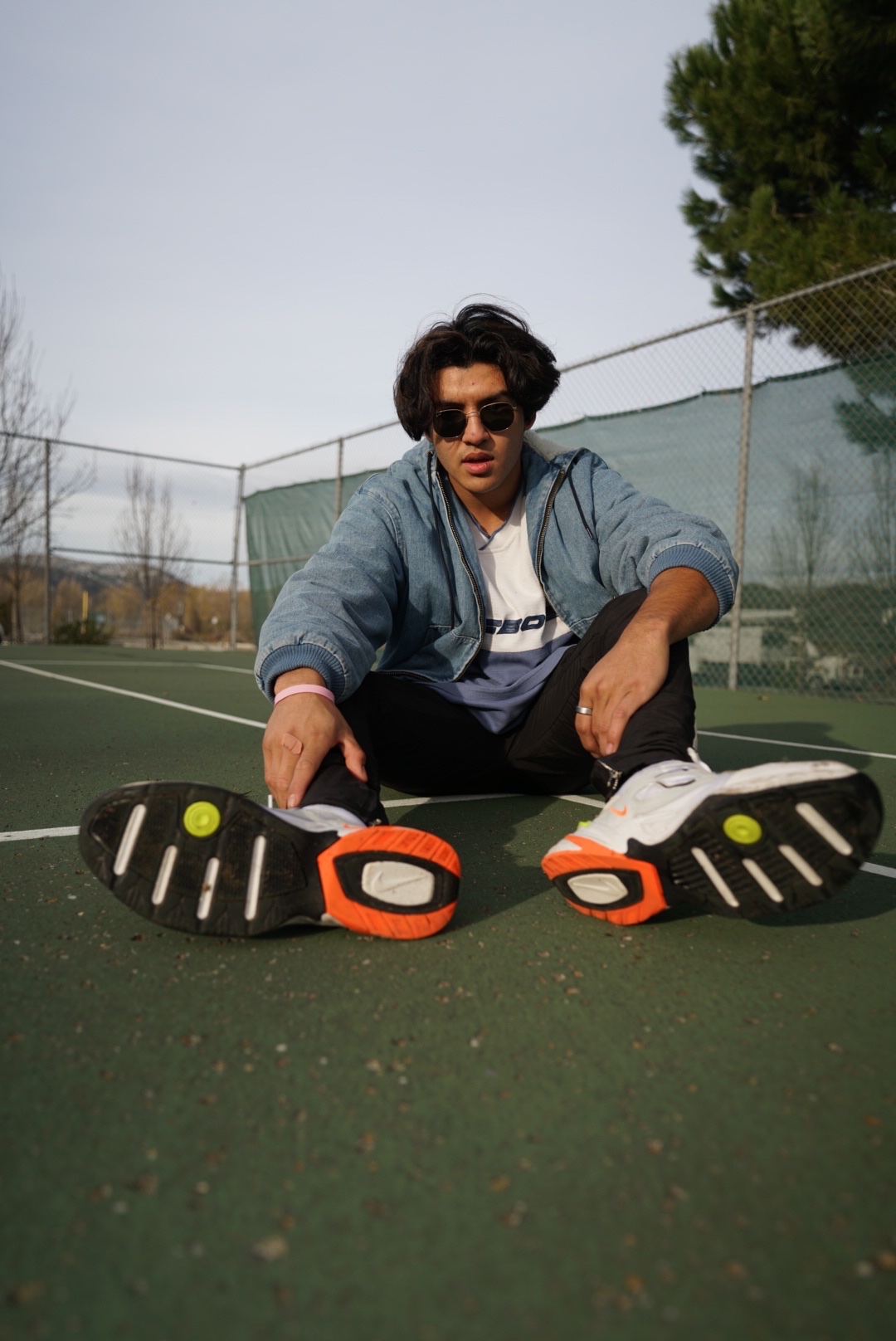 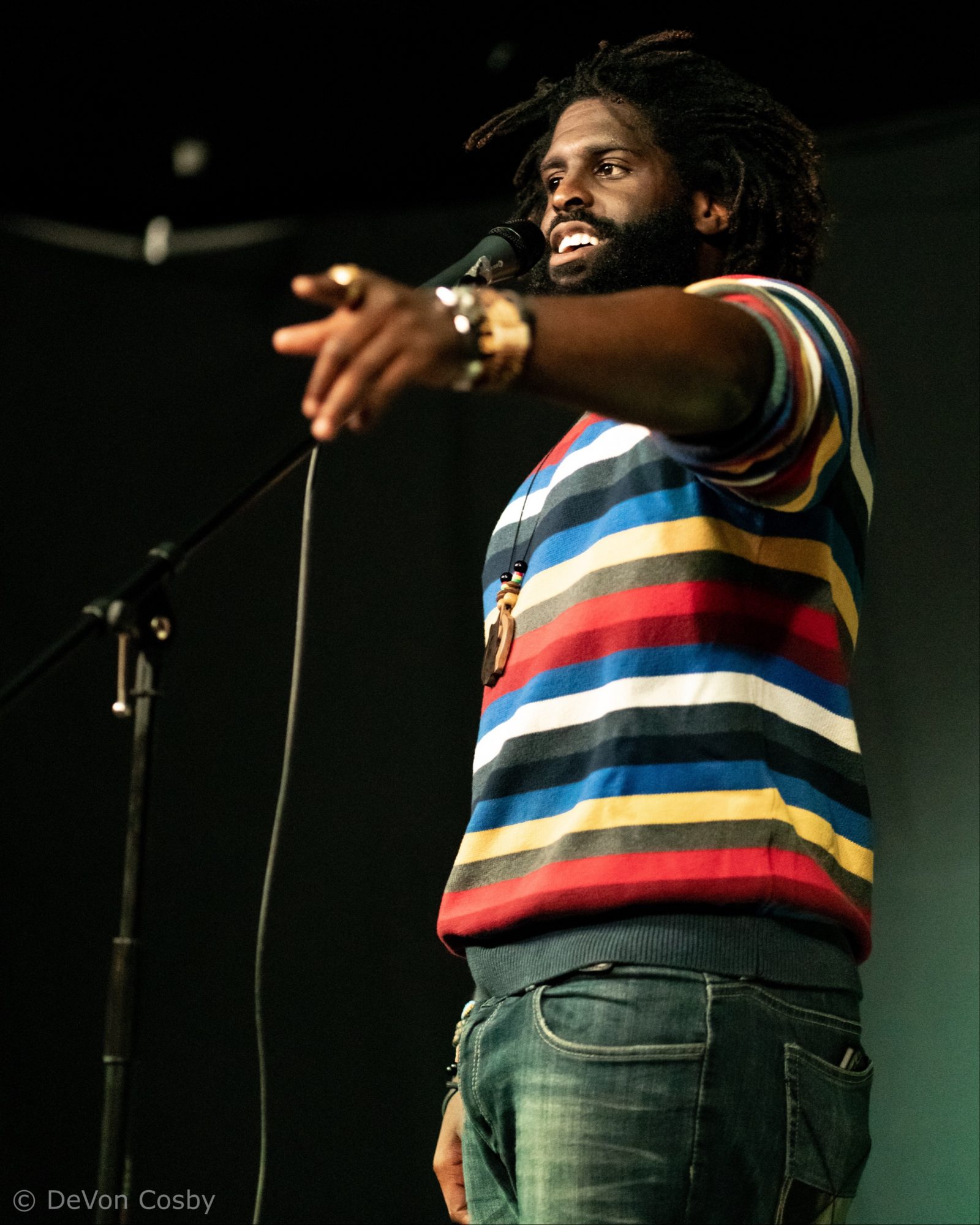