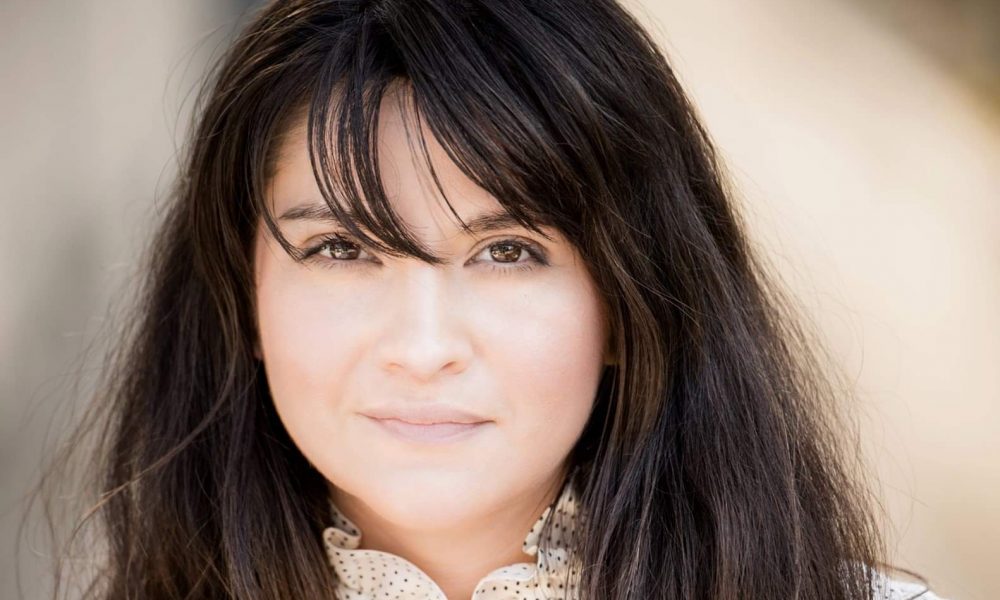 Today we’d like to introduce you to Destiny Soria.

Destiny, please share your story with us. How did you get to where you are today?
I feel like I have already lived a full life. I’ve been involved in acting, directing, and dance from Texas to Minnesota and I am constantly looking toward my next adventure. Born to Norma L (Sauceda) Soria, She passed away two years ago from breast cancer and Luis L Soria, I lived a fairly normal life in Savannah Georgia. Then at the tender age of nine years, my parents divorced causing some pain for me as I was separated from my father. My mother would eventually remarry to Wesley V. Nelson when I was 13.

I proudly describe myself as an “army brat” because I have many family members who have served in the military, including both my father and stepfather. In fact, being a child of military parents meant I would become somewhat of a globe-trotter; I called Frankfurt, Germany my home for almost half of my life. This global experience has given me a unique perspective on my craft that few possess.

As a teenager, I also began learning martial arts from my stepfather, Wesley. By the time I was fifteen years old, I was already learning how to high kick and bring larger men to the ground.

Unfortunately, like many rebellious teens, I was having problems with my mother and, with our relationship strained, I decided that I wanted another place to live. Around my 16th birthday, I moved to San Antonio, Texas to live with my father and brother, both of whom have continued to be an integral part of my life.

It was during this time that I learned about my Native American roots, specifically the Kickapoo tribes and the ancient Mayans. As I learned more about my family history, I was filled with a surge of great pride for my nation and I felt more connected with the Earth, the spirits, and my people. I feel that the Universe brought me these blessings.

In reality, acting saved me. At the age of 24, I was ready to start this new chapter in life and I decided that I was going headfirst. Acting allowed me to share with others, to speak up, to challenge my shyness and to pursue my dreams. As an actress, I was able to memorize much more information and my speech gradually became more refined. My new efforts led me to the acting school, John Robert Powers (JRP) in Bloomington, Minnesota where I received further instructions from the best in the industry. It was these lessons that paved the way for my success in acting as I honed my expressions, improved my skills and started my ascent as a rising star.

We’re always bombarded by how great it is to pursue your passion, etc – but we’ve spoken with enough people to know that it’s not always easy. Overall, would you say things have been easy for you?
The road’s actually been pretty bumpy. Not even last year ago, I lost my mother to breast cancer. Within a week, my bunny, who had been a great comfort to me for six years, passed away as well. Then, my uncle passed away after I got in a serious car accident from a company truck last year. There’s been a lot of grief and loss, but I have kept going and kept working on my films/photoshoots. In two years, I had lost a lot, but they are here with me and want me to keep going in my dreams of filming. I’m taking my uncle’s place in making his legacy continue in his films. One is the Battlefield of Los Angles, about the UFO they try to take down. My mother is proud of me. Even one of our favorite actor from Buffy, the Vampire Slayer is in my movie, Christmas Slasher. I have a lot of films and photoshoots coming up!

So, as you know, we’re impressed with Lady Destiny Productions – tell our readers more, for example what you’re most proud of and what sets you apart from others.
In addition to working as an actress and model, I’ve developed other skills; I’m a photographer, writer, editor, and shoot videos like reel and films in any genre. I also give back to fellow artists and models by putting together great reels for them. I taught myself how to shoot and edit video which I now use to help others who are trying to break in the industry.

Between my other commitments, I’ve taught myself how to photograph, shoot videos and create films on a professional level. Having worked both in front of and behind the camera, I understand both sides of the equation and want to try to give back by helping others break into the industry.

Lady Destiny Production is sort of a way to bring it all together and to realize my personal artistic aspirations while also helping fellow actors. We have a few things in the works already including a film called To End of the Road. I am looking at becoming an acting coach as well. I work and love to help those that are different like me. Who are disability like me. I give everyone chances to become something they want to be, a dream come true. That’s what sets me apart from others is my learning disability. Those that close doors on those like me never given them chances cause how different we are. Now I can help those to become what they want to come and dreams do come true.

So, what’s next? Any big plans?
I see myself making more films and working with others on theirs. I see Christmas Slasher becoming a big hit! Making it to the big theaters worldwide. And winning awards for my work. Even becoming an acting coach for those that want to be taught on how to act in projects. A novel this year will become a movie next year, three full-length feature films coming soon. 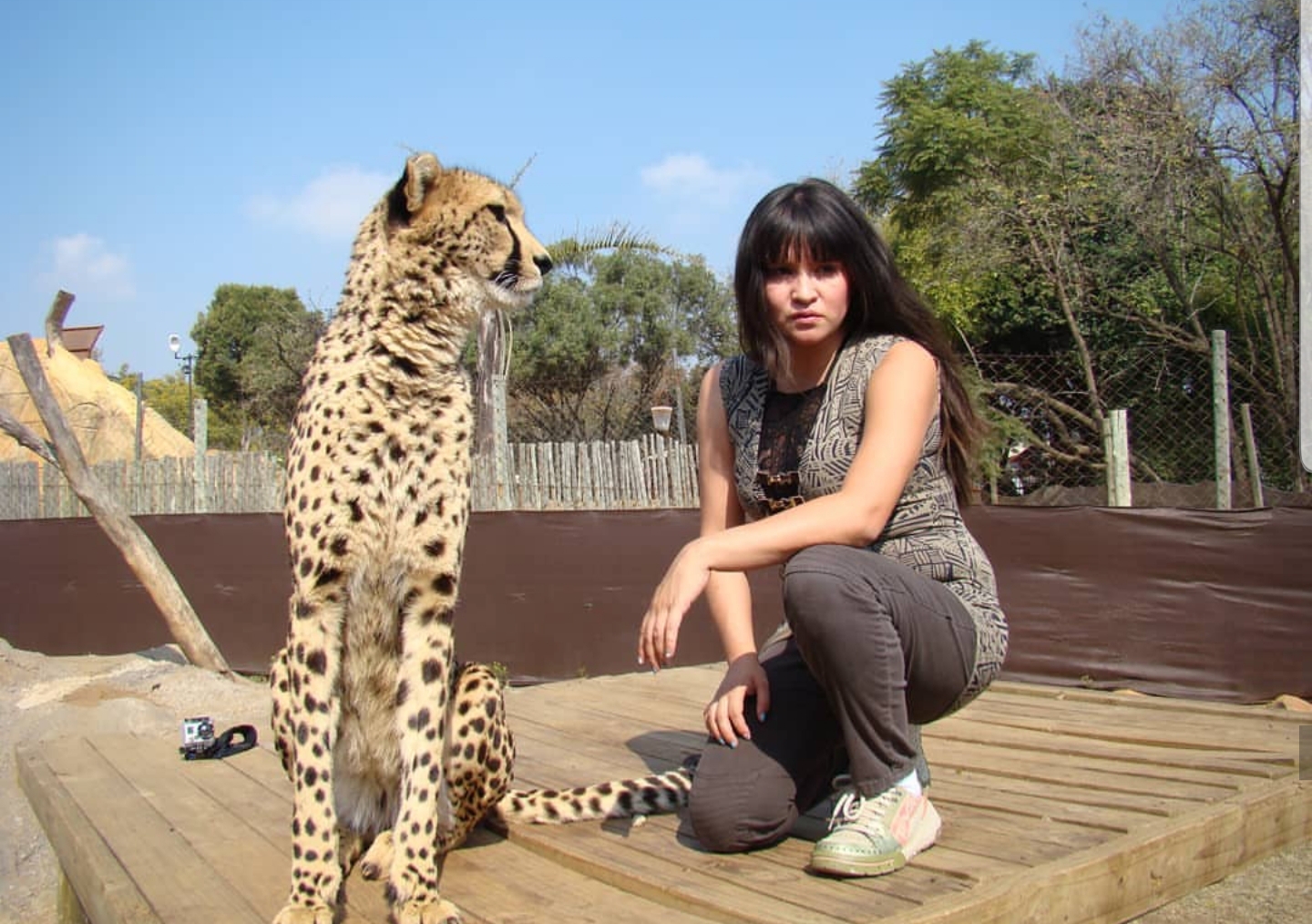 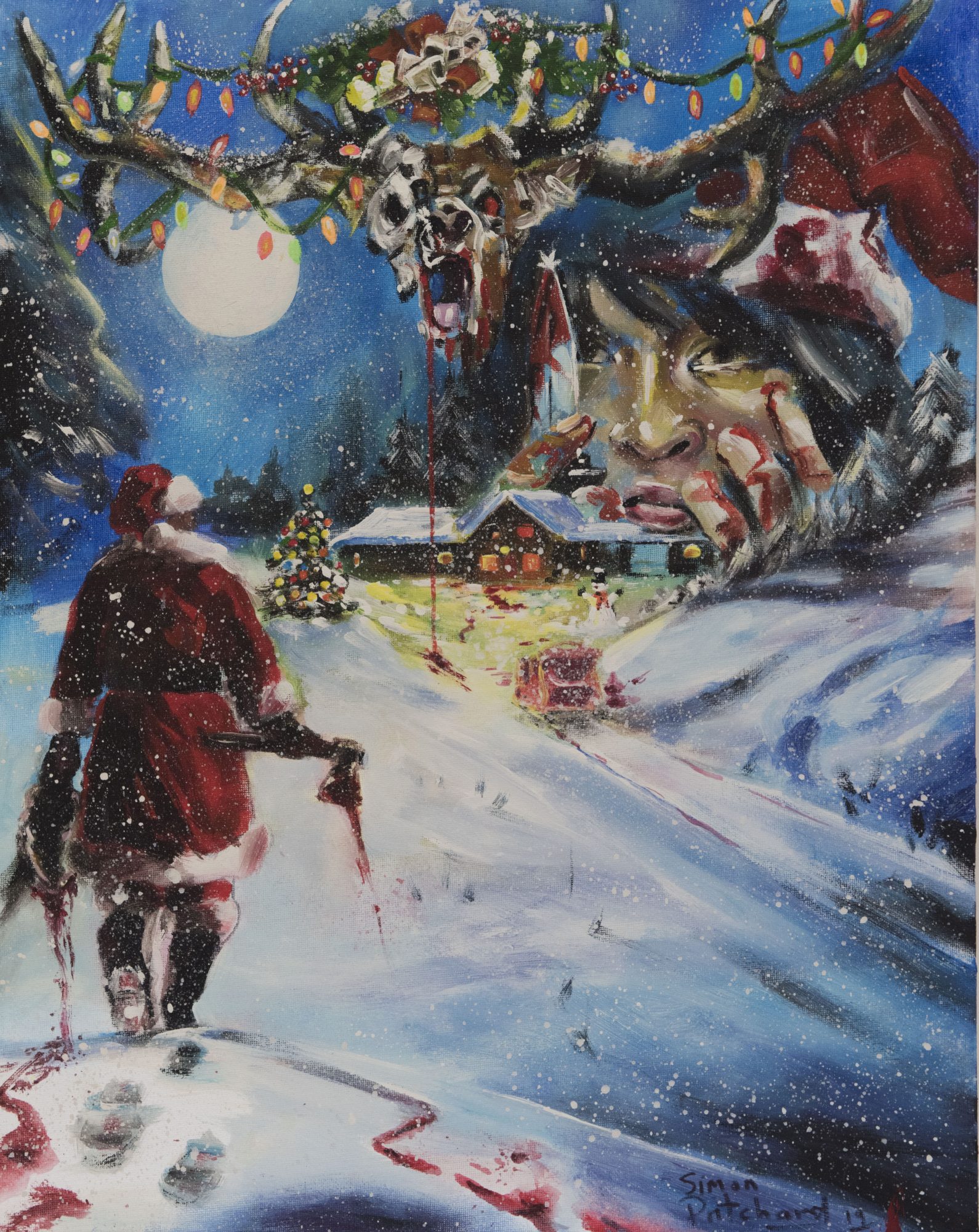 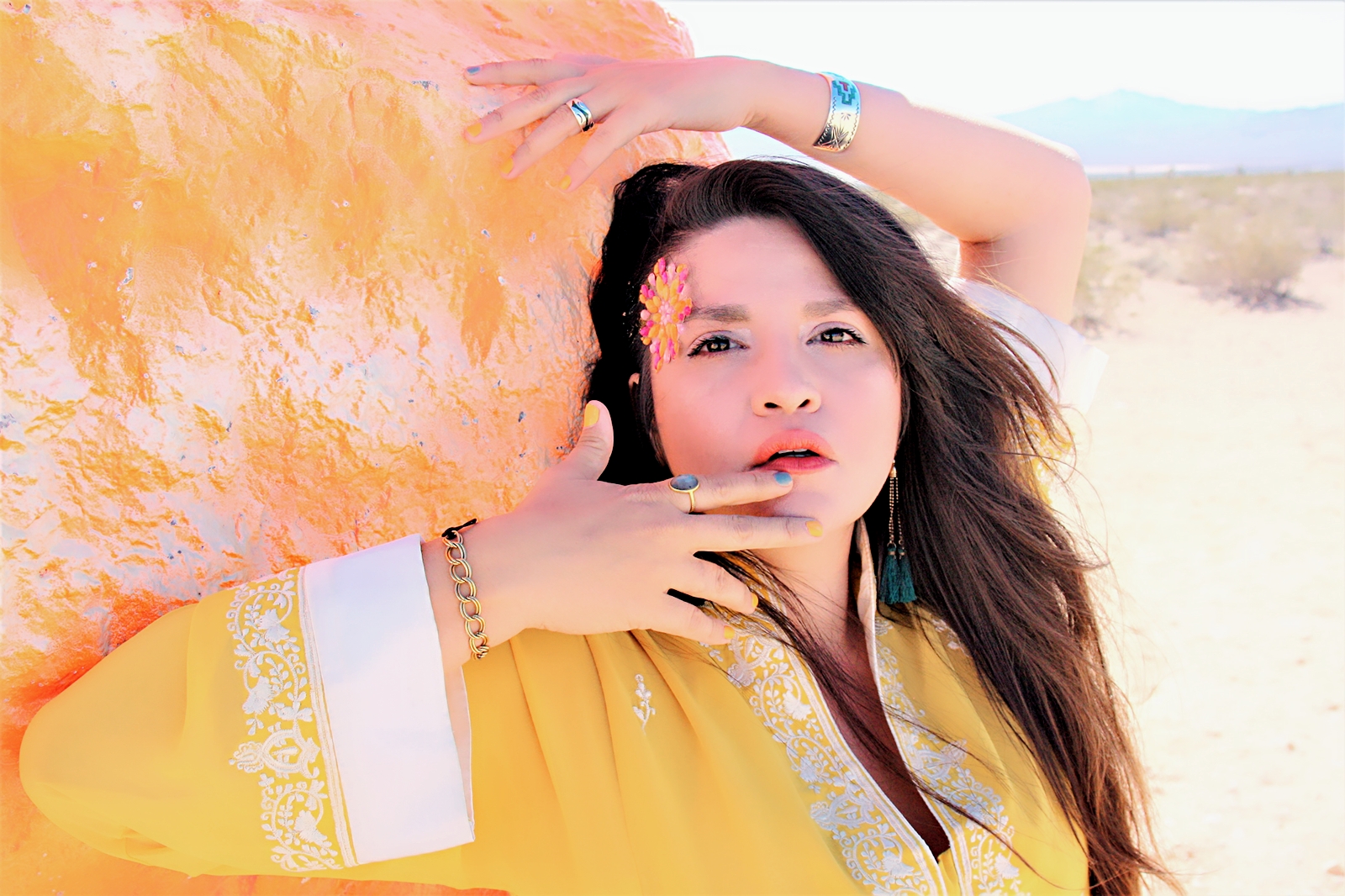 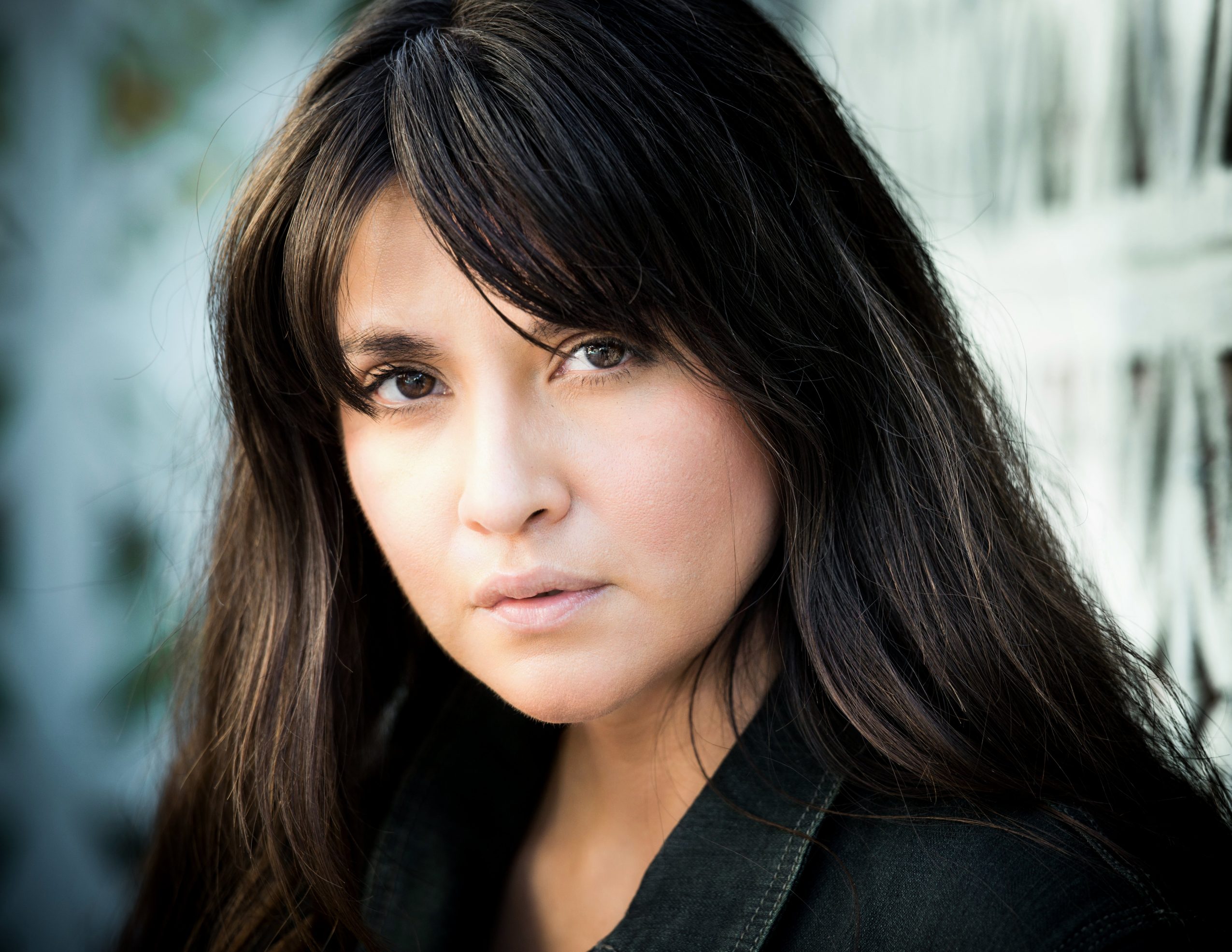