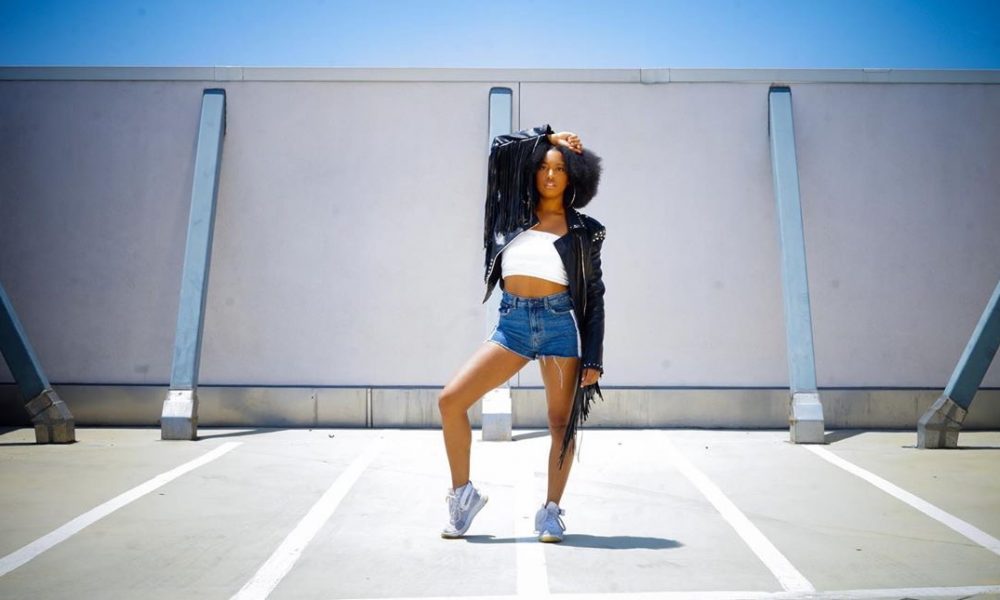 Today we’d like to introduce you to Patrice Burton.

Patrice, let’s start with your story. We’d love to hear how you got started and how the journey has been so far.
The title to this should be called ‘The Long Story Long… The Journey to Becoming Pattie.’ Haha!

Sometimes, I feel like I’m in the middle of an Anne Hathaway transformation movie circa the early 2000s. Growing up, I was extremely shy and severely overlooked. Have you seen the movie Never Been Kissed? My life was literally the black, baptist version of the beginning.

I was picked last, forgotten first, and struggled living life part of the background. Although I had a small ‘glow up’ moment in High School, becoming a Varsity Cheerleader out of the complete blue… (she’s always been athletic, y’all, YAS!), I was never invited to parties, and sex couldn’t be a temptation… I was on NO ONE’s radar. So, I spent my free time learning, serving at church, and dreaming of my future self who lived in New York and had sex in the city kinda life. I was deathly afraid of peaking in high school, so I kept my head down and went off to college.

I had no real direction but had always been nosy. I mean, observant. Most of the people in my life had spent our “friendships” telling me about their lives… their sexcapades… their adventures. And, in my nerdome… I didn’t really have anything exciting to say back unless they wanted to hear about how church camp had gone over the summer. They talked… I listened.

Fast forward through undiagnosed depression and switching my major 3 times, and voila! We have a 22-year-old Pattie! Freshly dropped out of College two-thirds of the way through a dance degree, new to LA to pursue a career in acting.

That’s when the fun began.

Okay, honestly… I WASTED my first five years in LA. I had had a minimal amount of success (booking a national commercial & starting a mediocre at best YouTube channel), but, I knew I had found my niche in the TV & Film Industry. The problem was I continued to see myself as the same overlooked, unimportant girl, even though for the first time in my life, I had a solid group of amazing, encouraging friends! It was insanity! I was sabotaging opportunities because I was afraid success would mean all the cool people would find out I wasn’t actually cool, and then fire me on grounds of ‘not being as cool as initially perceived’. Madness!

I looked at myself and I said, “Oh, KALE NAW! I did not, NOT peak in high school, to live a mediocre life!”

June 2018 I spent a week in the national parks and waterfalls of Oregon and Washington state. I slept in a jeep and encountered God. I also encountered myself. My fears… my doubts. My lack of trust in people, EVERYTHING.

So, what had happened was…

Near the end of my week, I went to Snoqualmie Falls and decided to go off the trail. T’was a red flag that I saw no other black people, and only 2 or 3 couples that looked experienced af. I was on these slippery boulders trying to hop my booty to a better view when I began to feel overwhelmed. I was alone… again. No boyfriend to catch me when I fell… this is why black people don’t do this… what if this waterfall decides to turn up and I drown… all the crazy thoughts and feeling sorry for myself started trickling in. I wanted to cry. I laid down on this 6ft, slimy boulder and pouted. I pouted as a grown woman, alone in the woods.

And then, I stopped.

The sound of the waterfall overtook the sound of my whining, and I felt peace. I laid there for a few minutes, then KIDD YOU NOT, I felt like the rock was slowly lifting up against my back. I opened my eyes hella quick and looked around. I was perfectly still. But I could still feel the feeling of this boulder pressing against my back, supporting me as if I was being carried. Weightless. It was like for the first time, I was being made aware of the wholeness of the earth and its strength… its support pushing upwards as gravity is pulling down.

It was a trip! And not a drop of Ayahuasca!

I had my lil self-actualization moment and I hadn’t a single drug… smoked not a single thing, but here I was feeling the support of the entire earth. For the first time… I felt connected to the truth. That I always have, and will always be held up. Even if every amazing person in the world turns on me (which they won’t… that’s insecurity and irrational), I will be supported by God, and the earth itself. I sound like a crazy person, and that is OK! That realization changed my perspective and therefore my life forever.

I came back to LA determined to believe in not only myself but the goodness and well intentions of people. That the right people would see me for exactly who I am and if not, good riddance because God’s got me! And boom! Within a month of returning to LA, I booked 2 major commercials, met a new friend who’s the podcast I would end up producing, and began writing a series for TV based on my life.

I found the courage to begin the journey of being fully present at the moment, appreciating those around me, and appreciating the story that is my life. From that, I produced my first short film, worked with Buzzfeed for the first time, and finally started living in my ultimate God-given truth. That I am THE BOMB, and that I do not need to let fear determine my success. In turn, this new mindset has attracted many people who live in the same space of openness, love, vulnerability, and bad-ass-ness.

As an actress, I’ve booked more in this last year than all 5 years combined. And, content I am proud to show! As I check off goals on my list, new ones pop up, and the question of how do I top what I’ve already done crosses my mind. But, continuing to practice living in the state of trust, and knowing that I will attract people and projects of the same frequency as my true beliefs has been the lifting of stress that plagued my life for so many years.

The culmination of ALL of this has made me who I am today. Those years of isolation and observing make me great at understanding and predicting trends, and the developing of love & trust for myself fuels my passion to create content that makes people feel the same.

Overall, has it been relatively smooth? If not, what were some of the struggles along the way?
Producing is not easy! The road to getting people to see more females as capable of producing and directing is still not an easy one. I think the hardest part of this journey so far is getting people to trust me although I’m new. I feel like confident men with no experience really do get handed more opportunities to start and build their resume’s even if they are ill-equipped.

That has been my struggle. Marketing myself as a director and producer to people who end up hiring men with just as much if not less experience, just because it feels safer. That’s why I started writing, directing, producing, editing and starring in my OWN content. I create my own opportunities that build my experiences.

Please tell us more about what you do, what you are currently focused on and most proud of.
I am currently a producer for Destiny Moments Podcast, & LISTEN the Film. I love our podcast! What sets us aside from other podcasts is that we are a podcast of color focusing on the practical aspects of being successful, and our guests literally give step by step advice on how to be a success. POC’s can oftentimes see each other as competition because we feel like there is not enough space for all of us in the industry. So, a lot of times when POC’s are interviewed they hold back information on ‘HOW’, but at Destiny Moments, our host and our guests are hella transparent, leaving listeners with practical tools to thrive in very specific industries, from music, non-profits, art, etc.

What sets our film, LISTEN, apart is that we get to step into the life of a black female struggling with depression ad suicidal thoughts. This topic has long been taboo in black communities. It’s just something “black people don’t have”, but now more POC’s are bringing it to the light. I love how we are completely seeing the world from our lead character’s point of view.

If you had to go back in time and start over, would you have done anything differently?
I would have BELIEVED in myself sooner, and gone to therapy. I had so many limiting beliefs about myself and others, and carried so much **hurt** from the past around it was definitely causing my life to go in a soulless direction. True success comes when we understand who we are at our core and what drives us on a subconscious level. 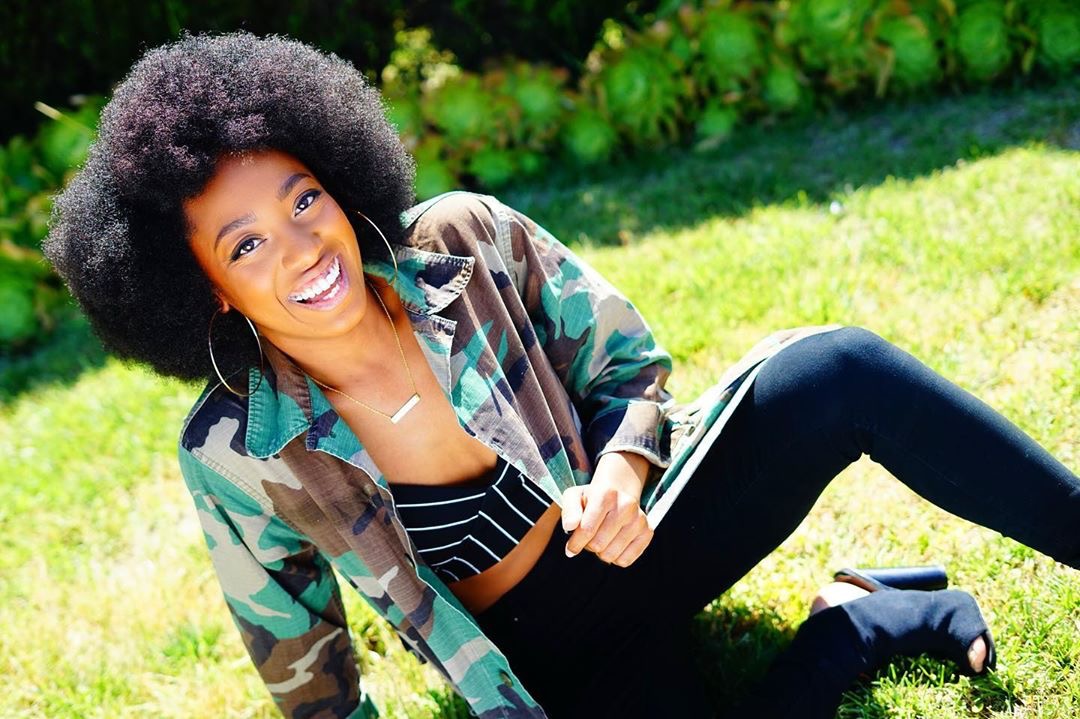 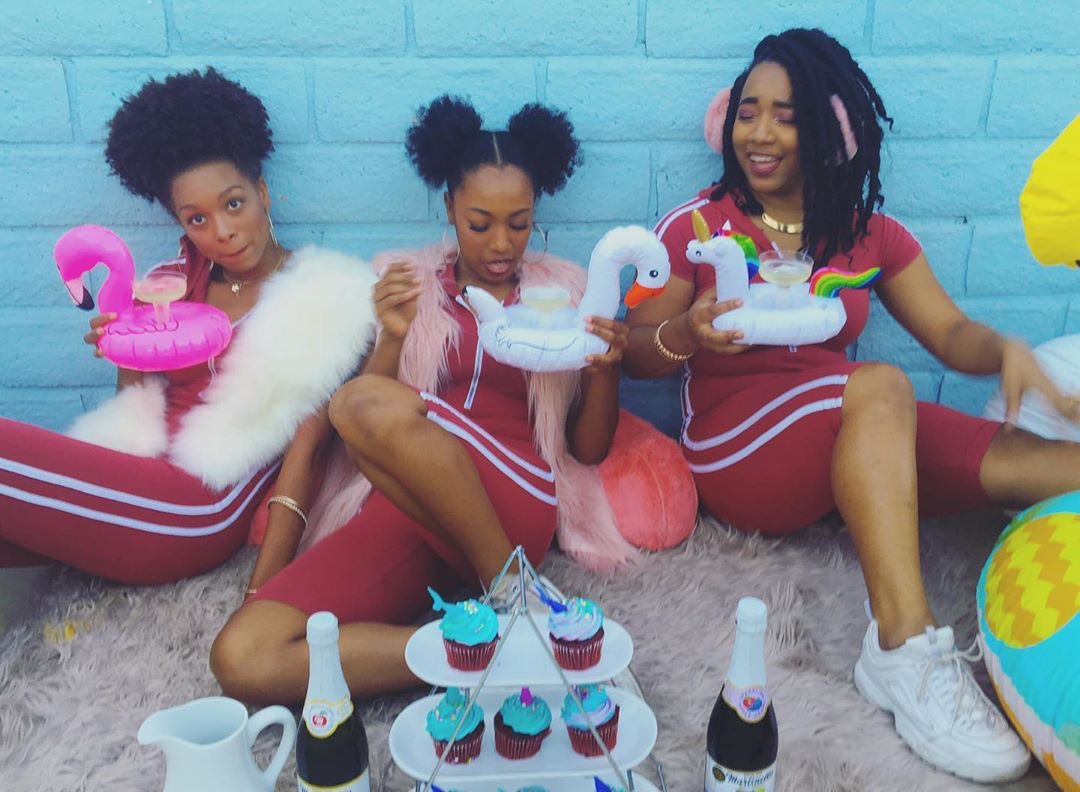 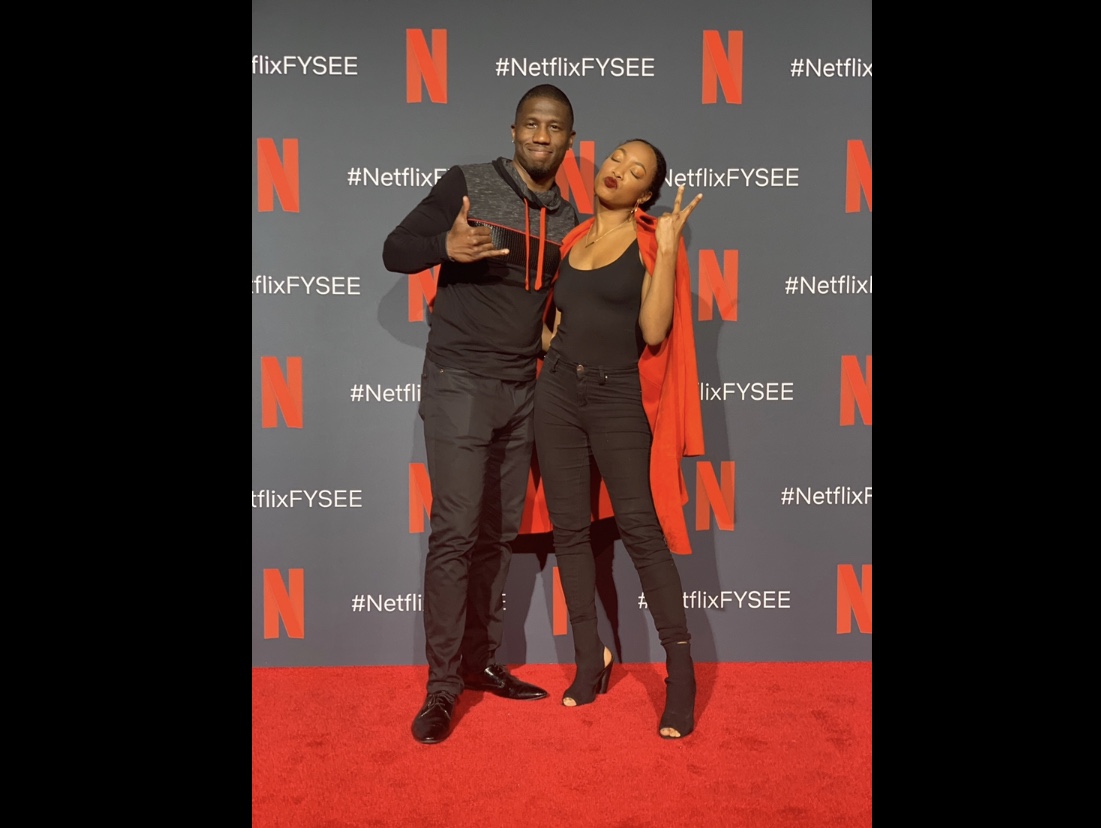 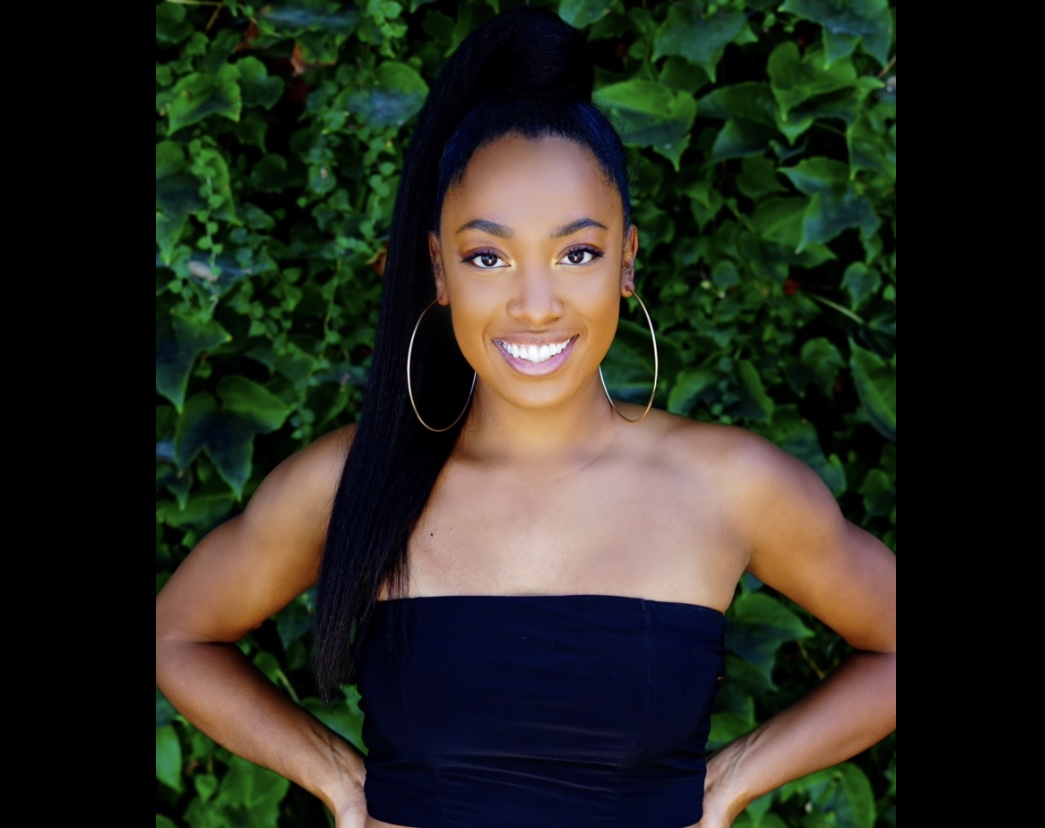 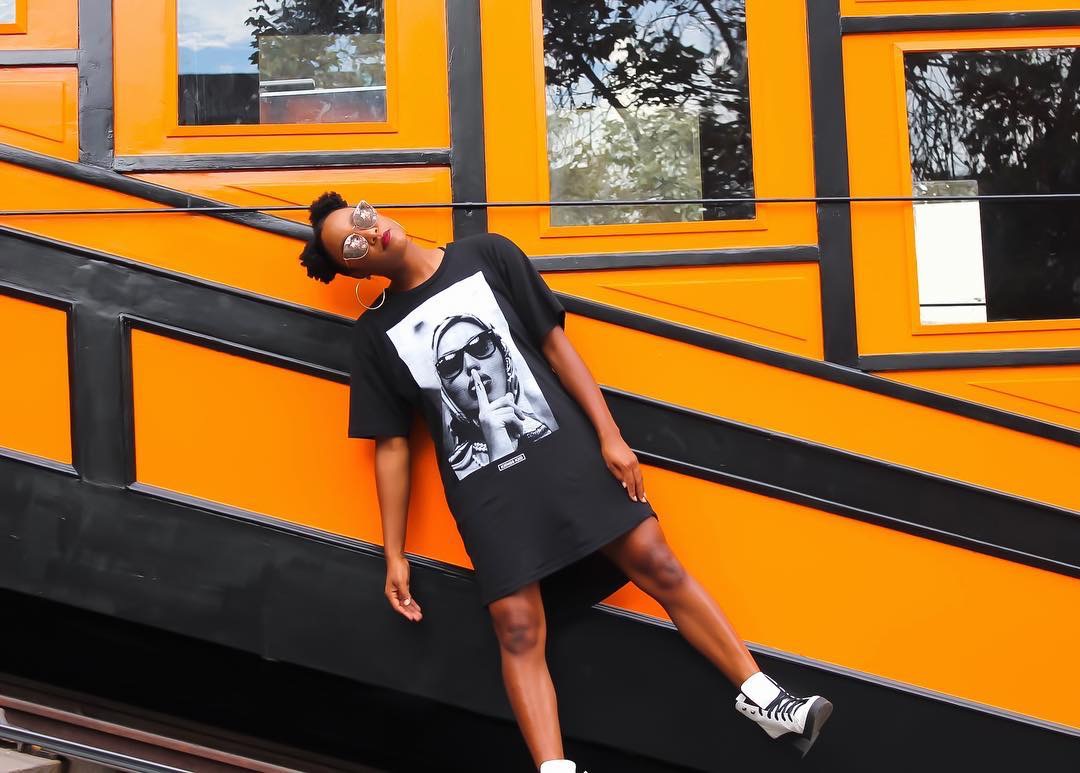 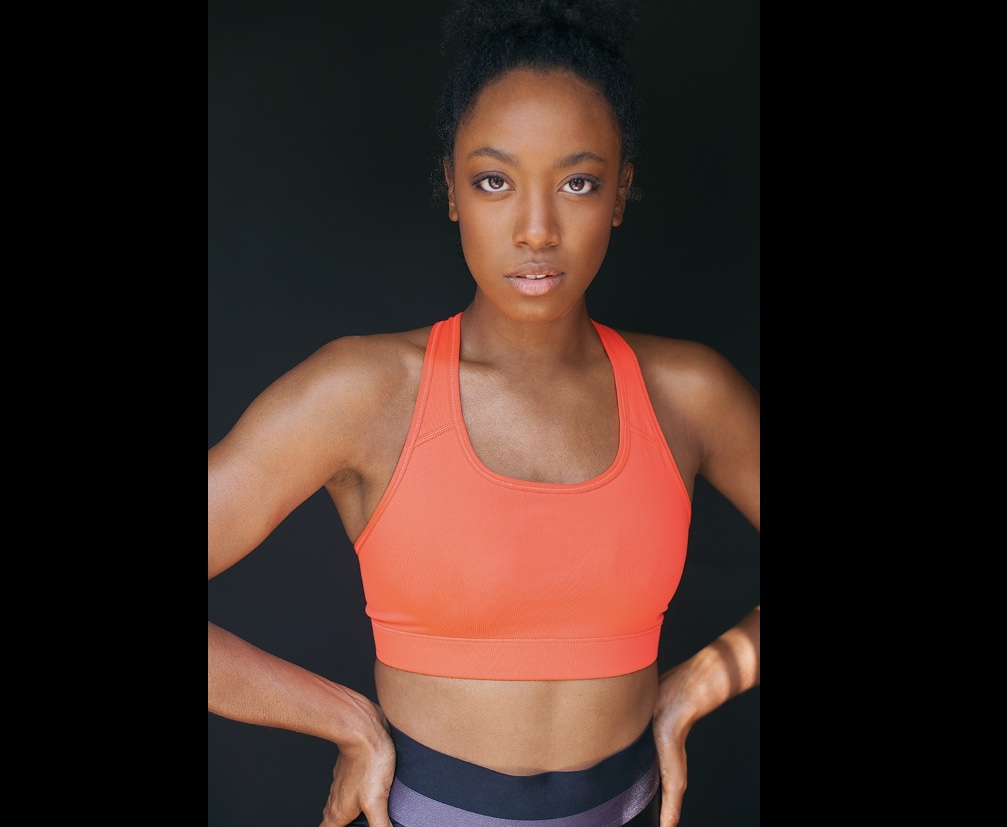 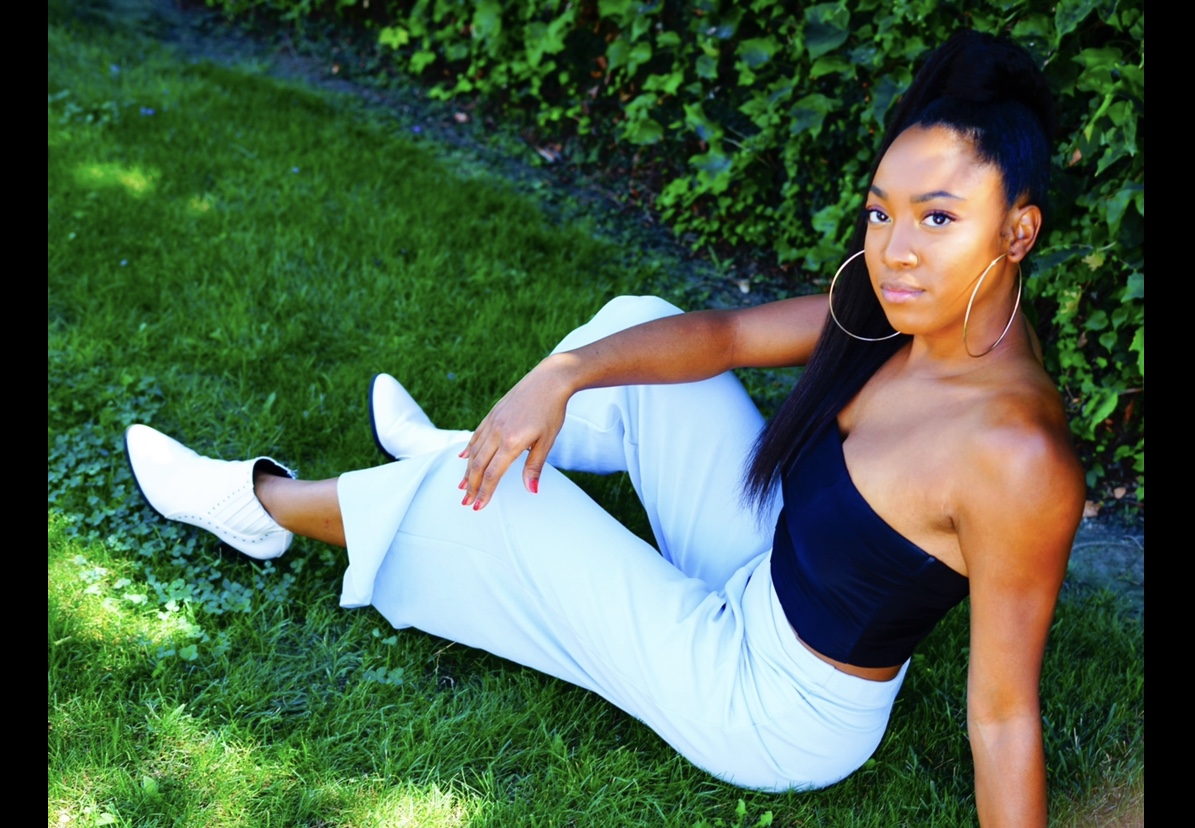 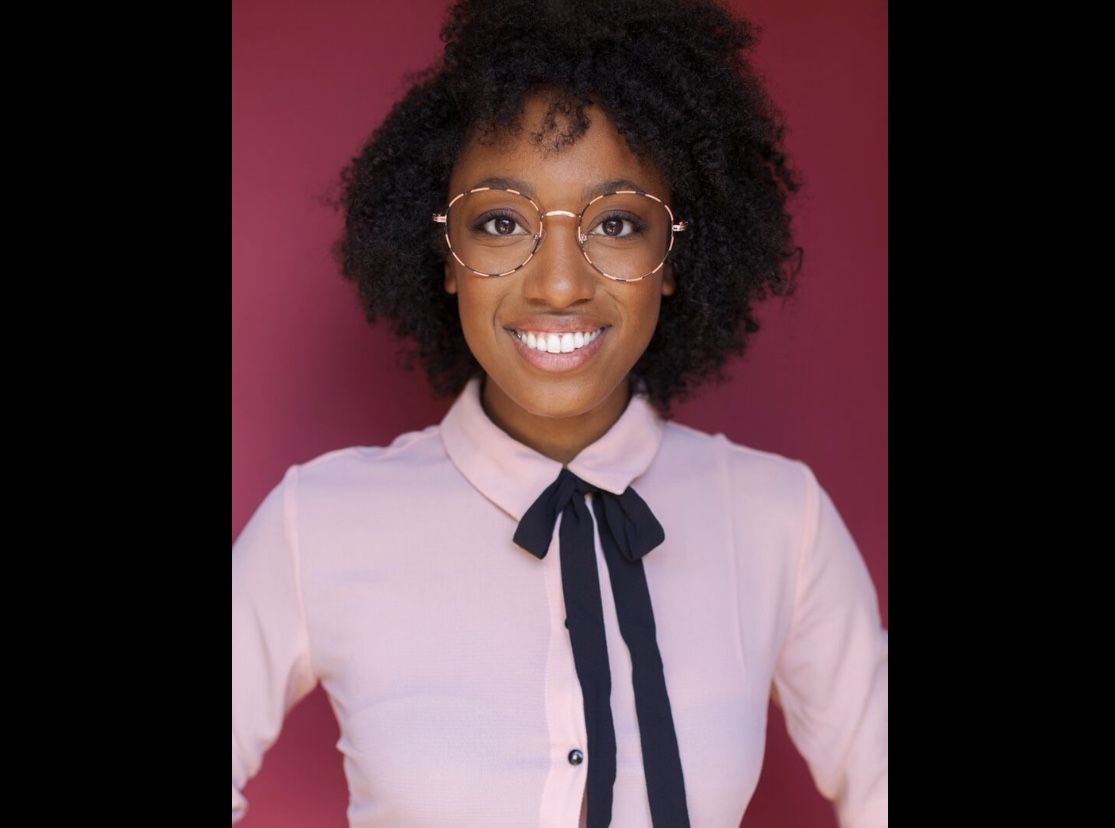