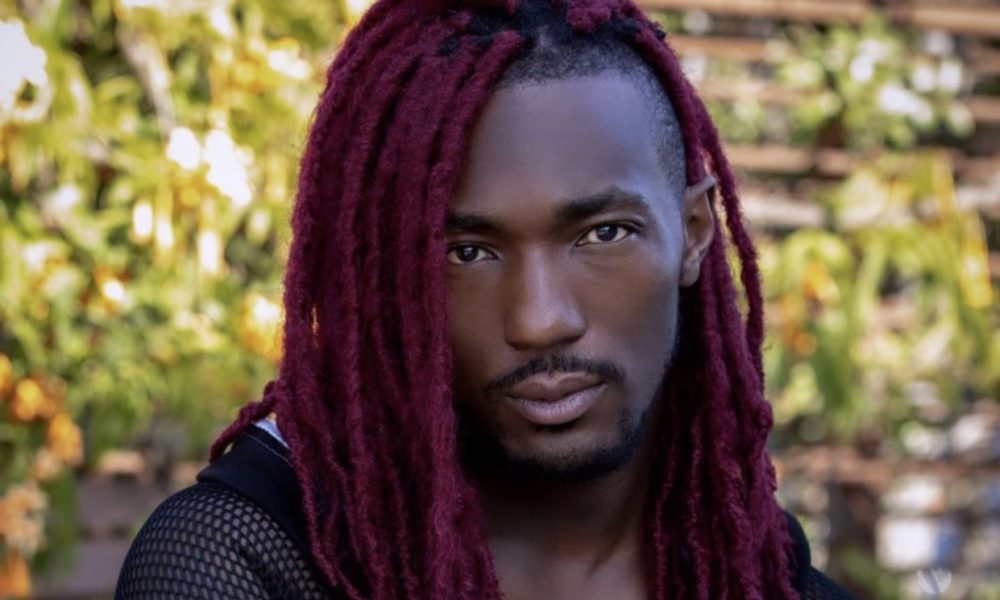 Today we’d like to introduce you to Derrick Cobb.

Derrick has been performing since he was eight years old, but he never imagined the very thing he loved to do would be the thing to save his life. While Derrick was a teenager he became homeless. While most would have given up on music, Derrick used these events to motivate himself. Determined to make it and not be a victim he set out on his journey to make music his way. His sound is a musical escapade of dance/pop music with an R&B twist will have you tapping your feet and more. In 2012, Derrick worked with Nate Beats and released his first song and Music video ‘Mannequin Boi’. A catchy upbeat tune about being a model introduced Derrick to the possibilities of what the future had in store for him. Since then, Derrick has modeled on many runways, danced on many stages and in music videos. He has been photographed by some of the fashion industry’s most world-renowned photographers and has walked many runways. In 2013, through a mutual friend Derrick was introduced to Crystal & Cheryl Alford of TE Music and linked him with producer D.Gatez of Critical Sounds Production. Together they began working on his EP ‘The Elements’ what a project it was. The EP represented Derrick’s life at the time through all of the trials and tribulations and his main goal was to inspires homeless youth to never give up.

When Derrick released the “The Elements” in 2016 he began to understand the power of music. The project featured sounds from Techno, Pop, R&B and Hip-Hop. In the same year, he performed a sold-out show at the Helen Mills Theater in New York City, pouring out his heart and soul on stage. Soon after that, he was booking shows all over New York and the east coast. While building his reputation, he began to gain support from industry leaders near and far. In 2018 after releasing his music video for his single “Outta Control” Derrick was invited to write and record music At Atlantic Records in New York City. Working with Grammy award-winning producer Ebonie Smith was an horned being that she was his mentor and a professional that he has always looked up to. Together they sat in the studio and they began to work on records and re-invent Derrick’s sound. “I wanted to have songs that were crafted around my thoughts, my feelings, and my ambitions” says Derrick. In 2019 they released “Savage AF” and yes the song is exactly what it sound like. In your face, unapologetic and sassy, the record has received critical acclaim and has now been streamed over 30, 000 times on Spotify and a total of 15,000 on platforms such as Tidal and Apple Music. “These are some of the biggest numbers I ever had” said Derrick. “I am truly humbled that people are actually taking the time to listen to my music.” In the last year alone Derrick has headlined three shows in Hollywood and yes he pulls out all the stops. The dance moves, the voice, the elaborate costumes, the high energy you name it. He has even been invited to record at the Capitol Records Building right here in Los Angeles. Now his music streams in countries around the world and has gained more traction in the LA Music scene. With a new single set to be released in May 2020, and an album expected in September, Derrick is truly a rising star set to carve his place in the entertainment industry.

We’re always bombarded by how great it is to pursue your passion, etc – but we’ve spoken with enough people to know that it’s not always easy. Overall, would you say things have been easy for you?
It has never been a smooth road at all. I have always had to deal with barriers and I understand that I will continue to come up against barriers. When I was homeless teen living on the streets of New York City, I was brutally sexually assaulted. As a result of the gangrape, I was sent to into such a depressing state. I was always looking for love and acceptance and could never seem to find it. When I first started to model professionally, I would often get passed up for major ads, campaigns and runway shows. Designers would have me test shoot and of course would pic models that had lighter skin for the final print ads. I would literally break down and cry. I would often question if I was enough. It’s crazy because I have been modeling professionally for eight years and I just started to be able to walk New York Fashion Week (sponsored by Mercedes Benz) for the last two years. When I started doing music and being very serious about it I was being ripped off left and right “so called” producers were charging me for beats and sessions. I would never give me my work. I was also told I was too “out there” and I shouldn’t even be an artist. I have been discriminated against because of my race and my sexuality and in some cases both at the same thing. So it’s not easy and will never be. It’s important to just keep focused on your goals and learn along the way.

We’d love to hear more about your work and what you are currently focused on. What else should we know?
I have officially launched Derrick Cobb Music and it is my very own music publishing company. I am an affiliate of BMI (Broadcast Music Incorporated) and this allows me to publish and release music as a public performing artist. I specialize in pop/r&b music. I am now known as a recording artist and a performer. The thing that I am most proud of with my company is that it is all mine. I am still considered an independent artist, but I also have access to the same platforms and tools that major artist use to promote and distribute their work. It humbles me because the Recording Academy/Grammys Board now recognizes me as a recording professional. I never thought nor dreamed that would happen. Above all what I am most excited about is my album. It’s such a fulfilling process and I am continue to learn and grow as it develops. I wanted to put together a body of work and yet making sure that It’s a project I can stand by. My album is my priority and we are almost at the finish line. It’s entitled “One/Nineteen” and let’s just say it covers the highs and lows of love.

What were you like growing up?
Growing up, I was a very quiet kid. I was shy and timid but I was heavily into pop culture. I was apart of the TRL/106&Park generation and boy was I obsessed. Everyday I would rush home from school so I could finish my homework and tune into the top 10 countdowns. I was on the dance team at school and would play basketball at the same time. I grew up in New York City and I loved every minute of it. There were times when me and my friends would skip school and go stand outside of MTV and BET and the Apollo. We would stand in Line all day so we could go sit in the audience of the live tapings. We would snag-free concert tickets for showing up so that how we would be able to go to all the concerts growing up. I was such a concert kid and I would literally be in school walking and singing my favorite songs walking down the corridors. Yeah. I was kind of a geek and a bit corny, but I embraced it. 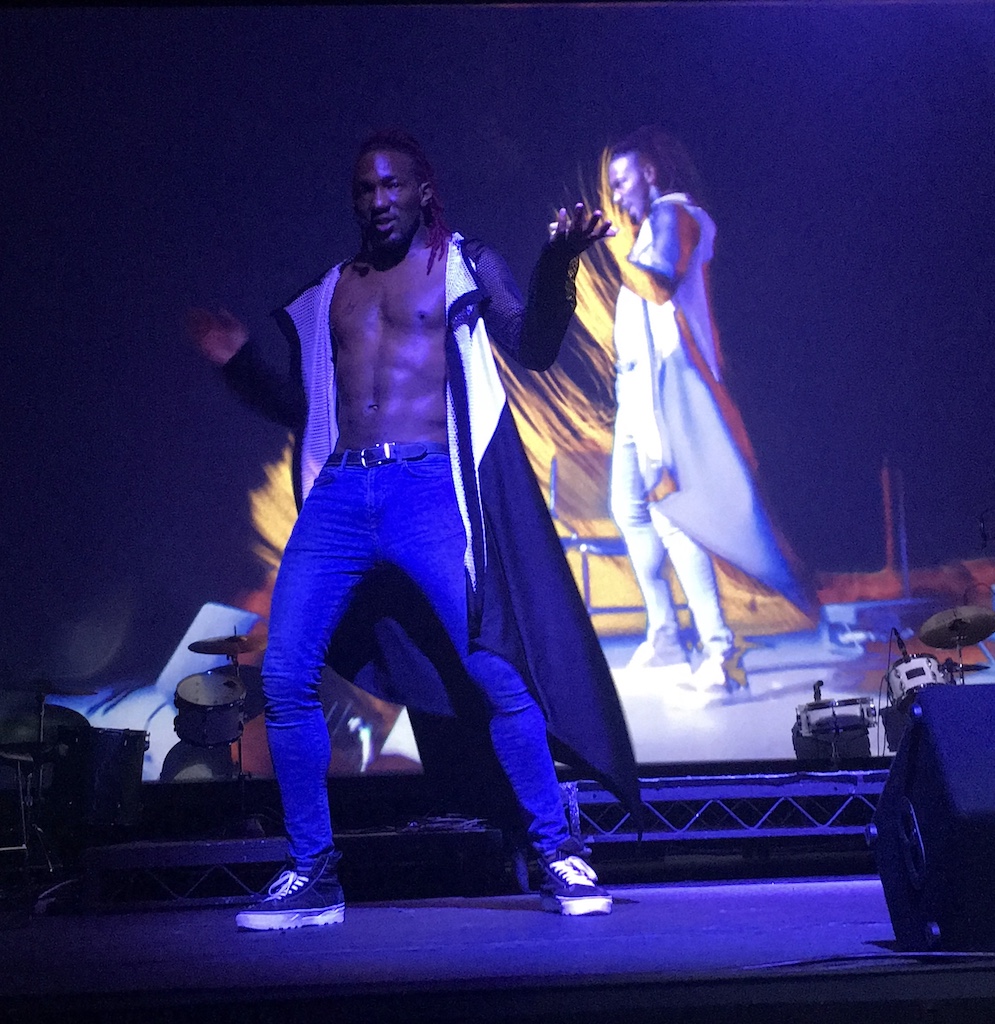 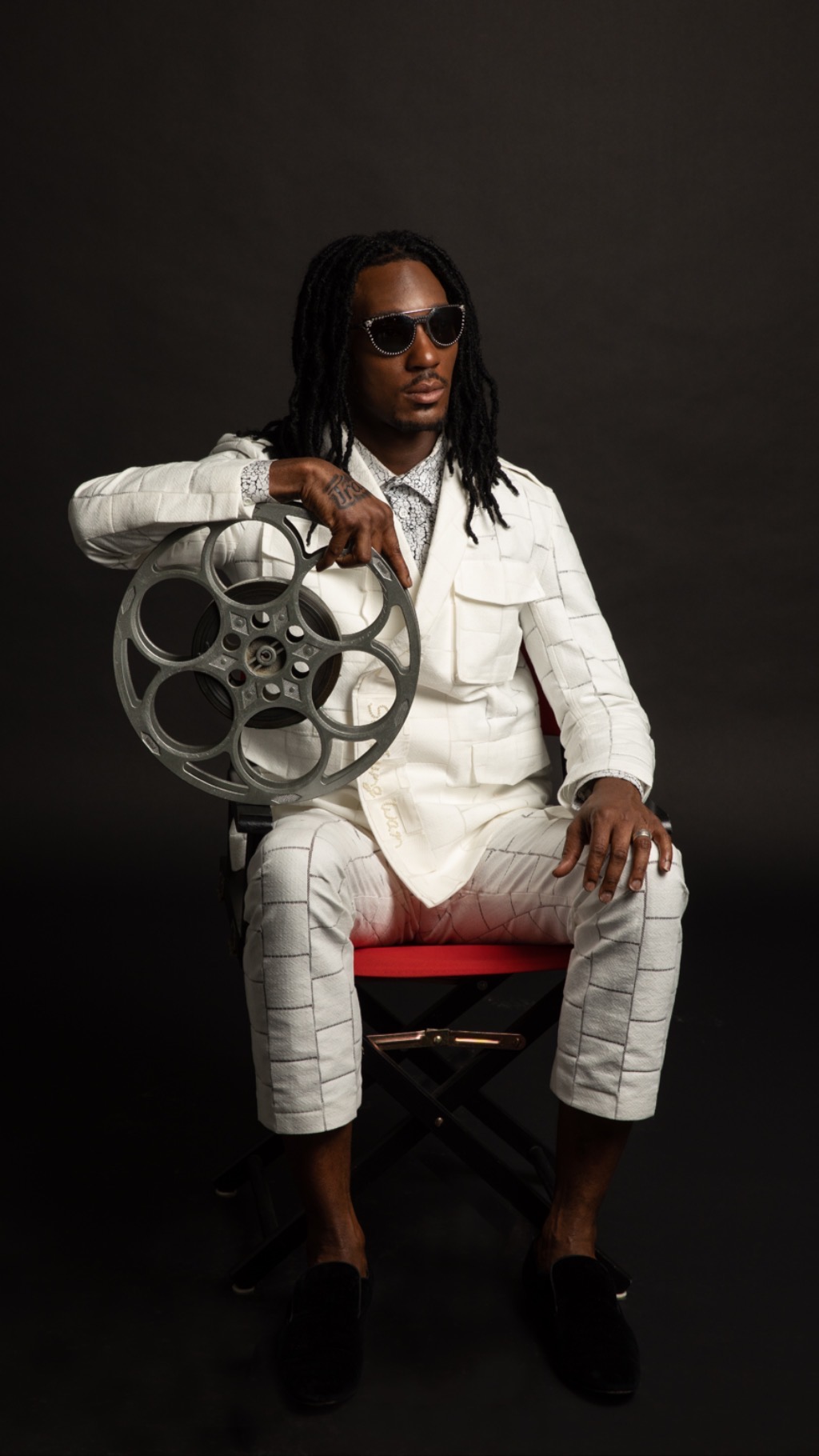 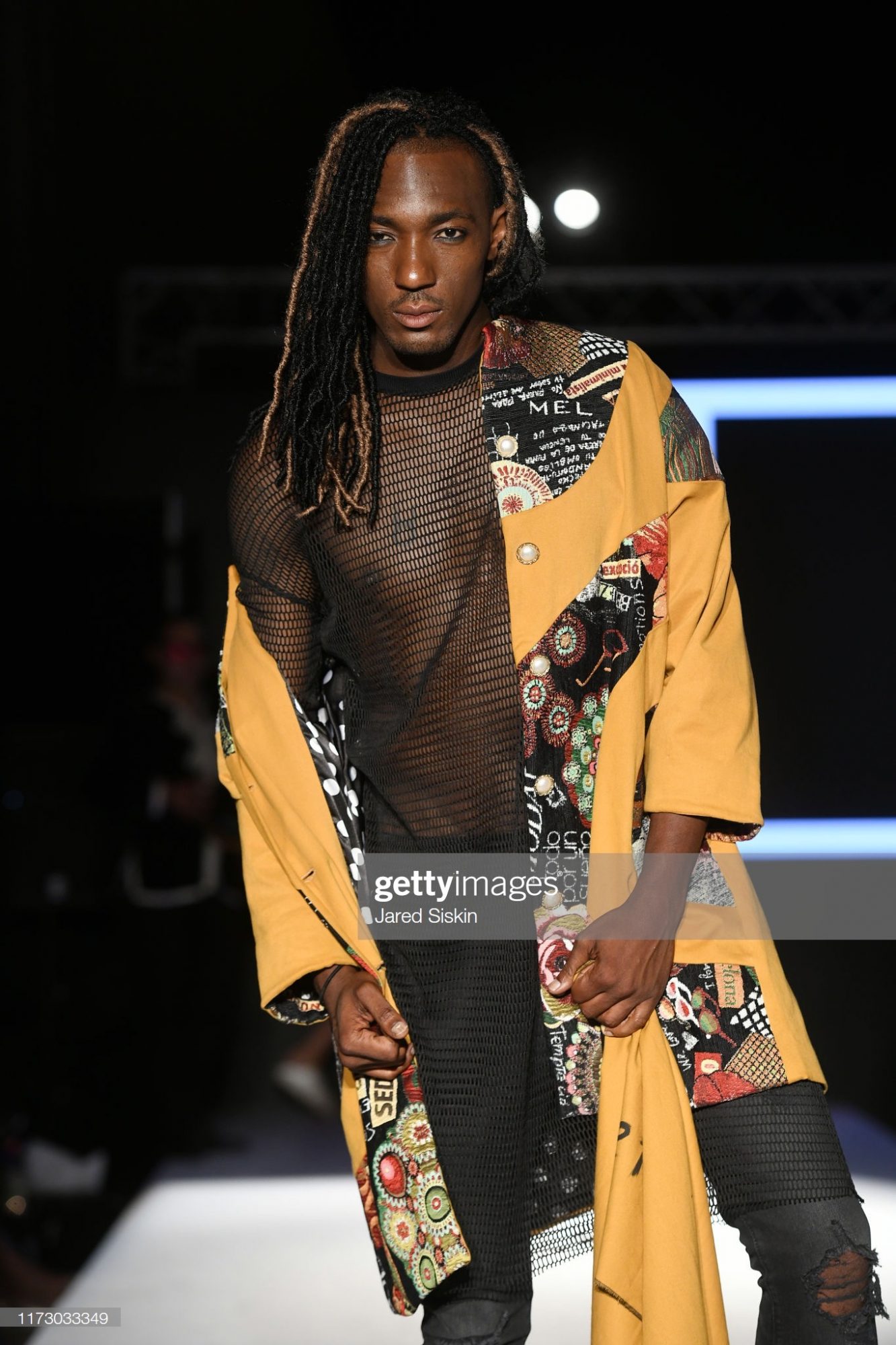 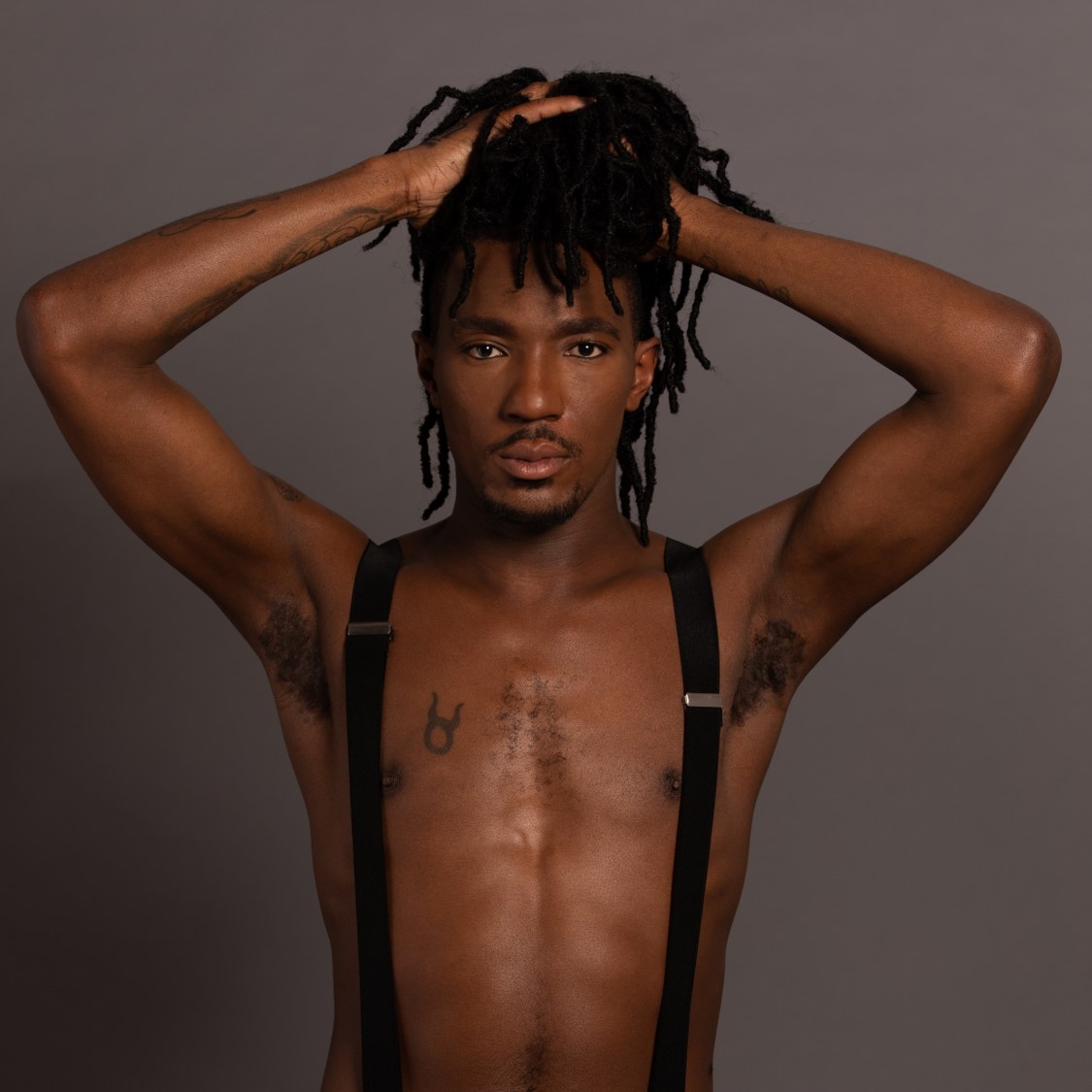