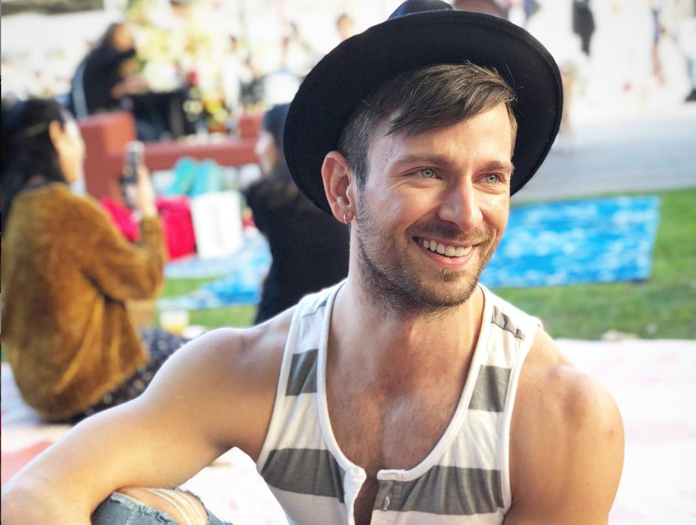 Today we’d like to introduce you to Derek Yates.

Derek, let’s start with your story. We’d love to hear how you got started and how the journey has been so far.
I was born in Chattanooga, TN on December 12th, where I was raised by a creative and loving family. I come by it honest as an artist. My mother, Tiki Finlayson, was pursuing a modeling and acting career until she decided to focus on being a mom, and my father, Mark Yates, can play the drums like no other. And extended out from there just about all of my family members have some sort of artistry in their blood.

I grew up as a fun-loving kid, always imagining and playing, and always involved in something to express my talents whether it was through plays, singing, or dancing, and sometimes a combination of the three. Through high school, I continued to be involved in the arts and even became the President of choir my Senior Year.

Out of high school, I auditioned for American Idol, Glee Project, and local talent showcases, all the while never giving up as I knew this was what I was born for. I eventually linked up with Ambiance Models and Talent in Chattanooga, where I began taking acting classes in order to prepare for IMTA in NYC during the Summer of 2009 where I placed in many categories and even had some interest from managers and agents. After that, it only solidified my love for the arts, and before long was booking independent film work, allowing me to create an impressive demo reel. I also landed not only my first theatre role but my first musical theatre role as a lead, Link Larkin, in Hairspray, my favorite musical, that was performed at the Chattanooga Theatre Centre in the Summer of 2011.

In January 2012, I became represented by The Jana VanDyke Agency for the Southeastern Region. I gained much audition experience that eventually landed me my first non-Union TV show booking on “Swamp Murders” that aired on DiscoveryID in 2014, and then a few months later landed my first Union TV show booking on “Hindsight” that aired on VH1. That same year right afterward, I was voted as “Ellen’s New Gardener” after my viral video submission won over the hearts of the internet and the producers of the “The Ellen Degeneres Show.” And due to my then recent Eligible status to become a SAG-AFTRA member, I ended 2014 by joining the Union.

Eventually, I decided that it was time to take a leap of faith, so by April 2016 I was packed up and driving across the country from TN to CA to move to the best place for acting, Los Angeles, but not before I filmed a role on the primetime TV show for ABC, “What Would You Do?”, and then after relocating to LA booked a role on “Being Mary Jane” that aired on BET in February/March 2017 alongside Gabrielle Union.

Since moving to LA, I have been taking acting classes at Anthony Meindl’s Actor Workshop (AMAW) to perfect my craft so I’m ready for any opportunity that comes my way. I have filmed as a Supporting Guest Star on an Award-Winning web series, “Just Living,” as well as a supporting character for a film set to debut this Summer on Lifetime.

Although it has been a very tough road moving to Los Angeles, I couldn’t be happier with who I’ve become and the artist that I’ve evolved into. From here, I’m only more excited to see the changes that will happen within me and in my life!

Overall, has it been relatively smooth? If not, what were some of the struggles along the way?
The life of an artist is far from being on a smooth road for most. I am one of the most in this instance. Los Angeles is not a cheap city, for one, so you quickly see your funds drop and your credit cards rise. You start doing as many side hustles as you can just to get by and pay your bills, let alone eat. In my instance, it is required a lot of sacrifices, but in the endgame is in sight. The industry itself is also unforgiving. You either are you or you aren’t a role, and that’s something I cannot change. Lately, and for a while, I’ve rarely been the role, no matter how good I know I was in an audition. And sadly, sometimes, it is a matter of your past credits, which currently for me are on the lower end, or who you know, and apparently, I just don’t know who I need to know yet fully. Despite it all, I continue pushing forward, sharpening myself and my craft, and keeping my eye out for ways to thrust me forward all the while still giving my 110% in auditions for the hope that I’ll eventually be the role.

We’d love to hear more about your work and what you are currently focused on. What else should we know?
I am an actor who can sing and move well that models some on the side as well as a digital creator on occasion. In other words, I wear many hats because these days that seems to be part of the game. You have to be somewhat versatile and good at more than just one thing to up your chances of being seen. My main focus is acting, but I do hope to one day be cast in a TV series or film that will require me to sing and perform. On occasion, I’ll be asked to shoot with photographers around town, which for me is another outlet of creativity and self-expression. Having been involved in the fitness world for some time now, that helps to add to a “skill” that I have as far as having a fit physique that could or hopefully be good for specific roles that might require it. As far as being a digital creator, only more recently I have had the opportunity to work with a few brands to make content for social media to both promote myself and them, which in itself can sometimes be a little extra side hustle and is also fun to do!

To date, I would say my most notable thing people know me for still is having been voted “Ellen’s New (Temporary) Gardener” after my video submission for her contest went viral and racked up the most views before becoming a finalist and then winning the title on “The Ellen DeGeneres Show.”

What is “success” or “successful” for you?
Success for me will be when I can work full-time in my career and making enough that I can support myself without the need of unnecessary debts and able to afford a comfortable life. My hope is to be successful enough that I earn enough to be able to support and help my family as well. That type of career typically comes with being considered an A-list celebrity. With that comes with its pros and cons, but with that comes the roles and projects that I want to be working on as well. 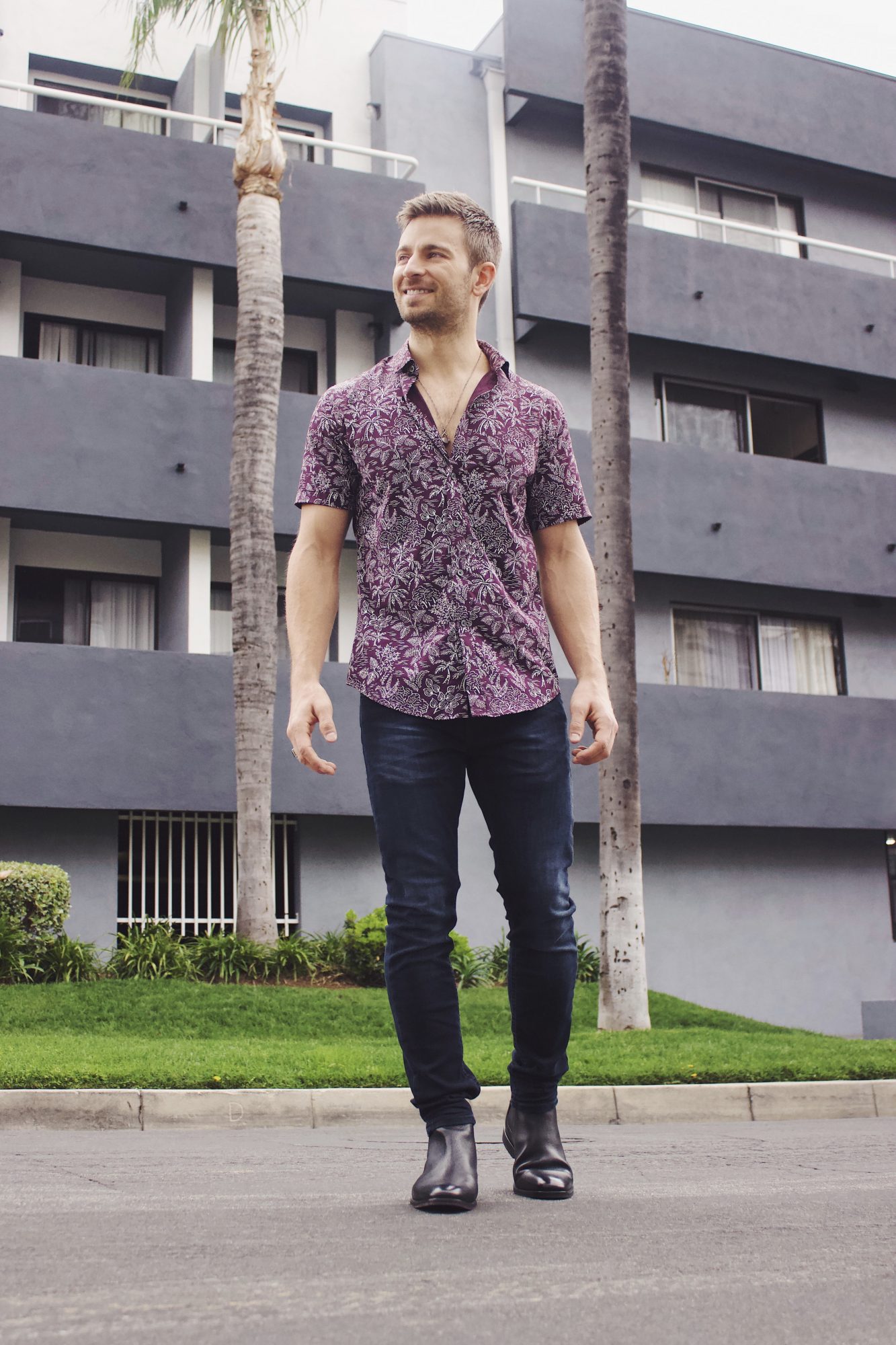 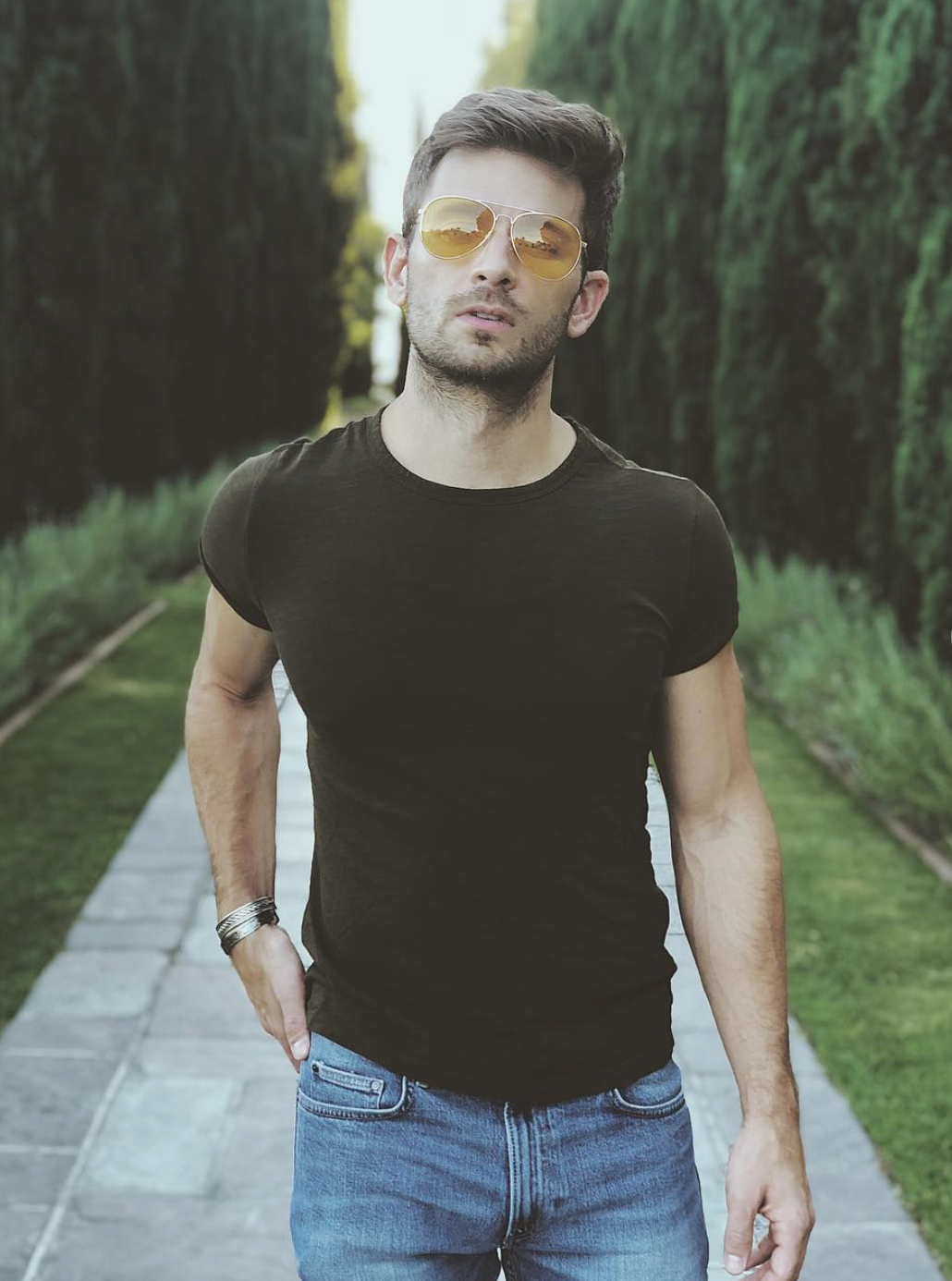 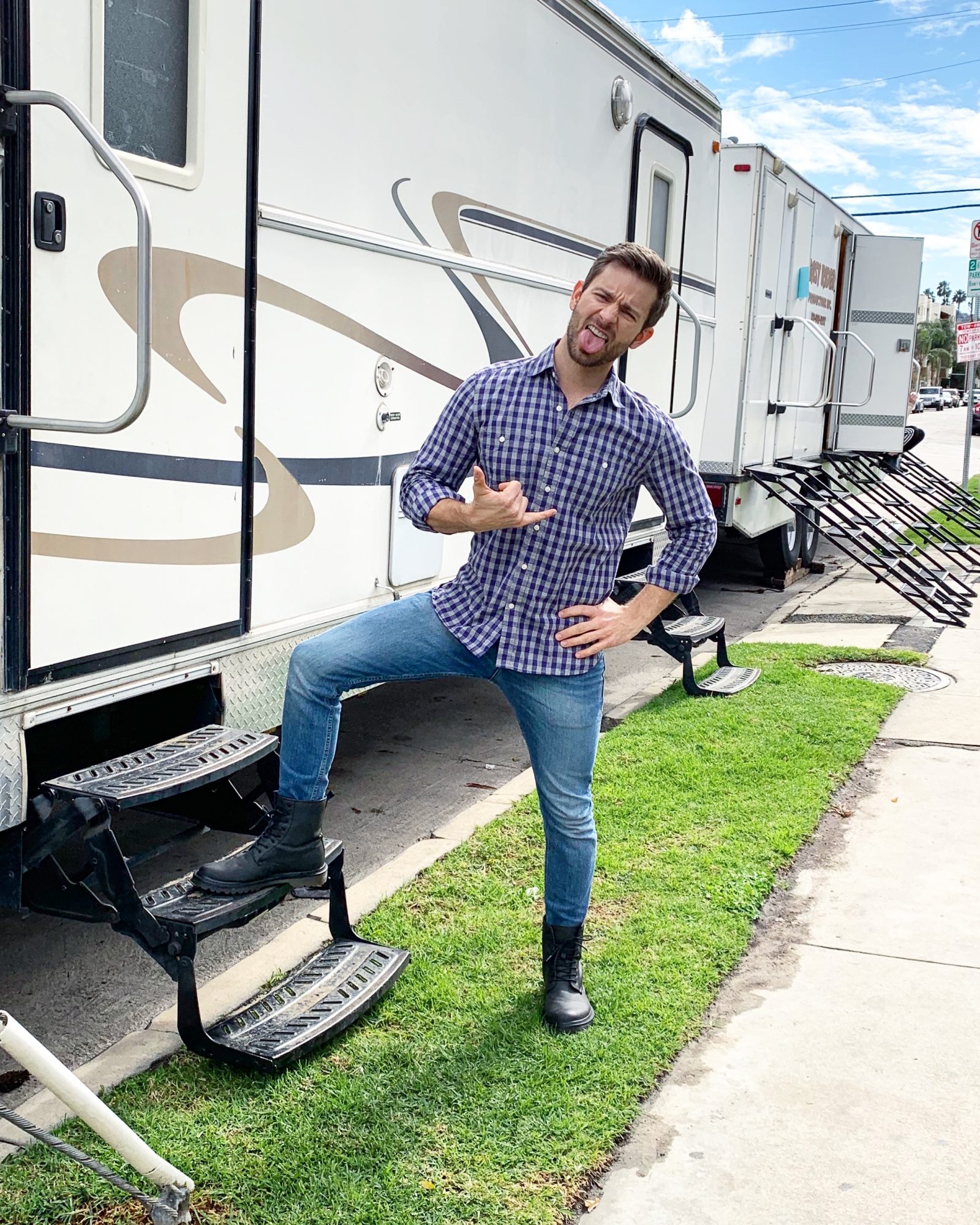 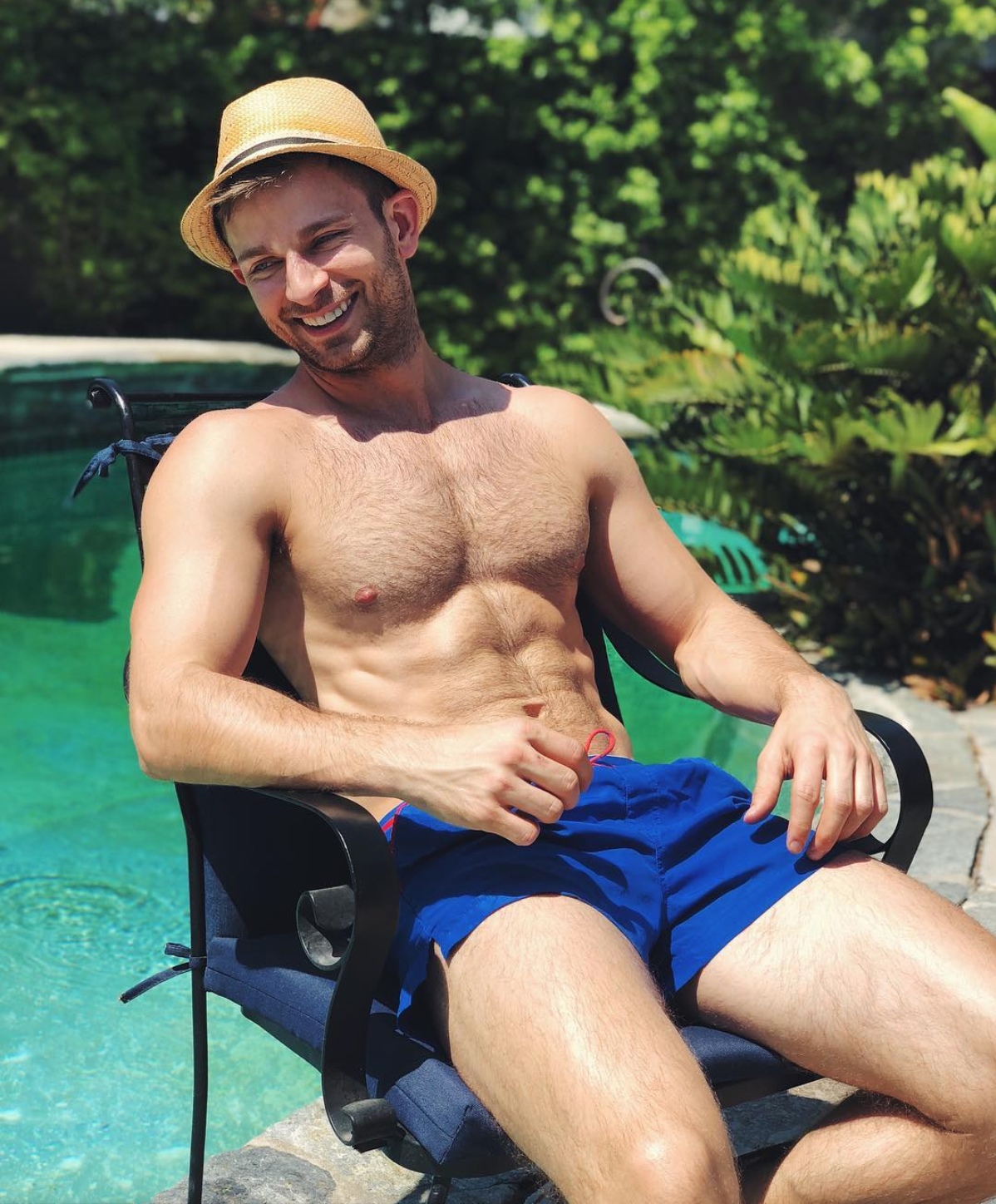 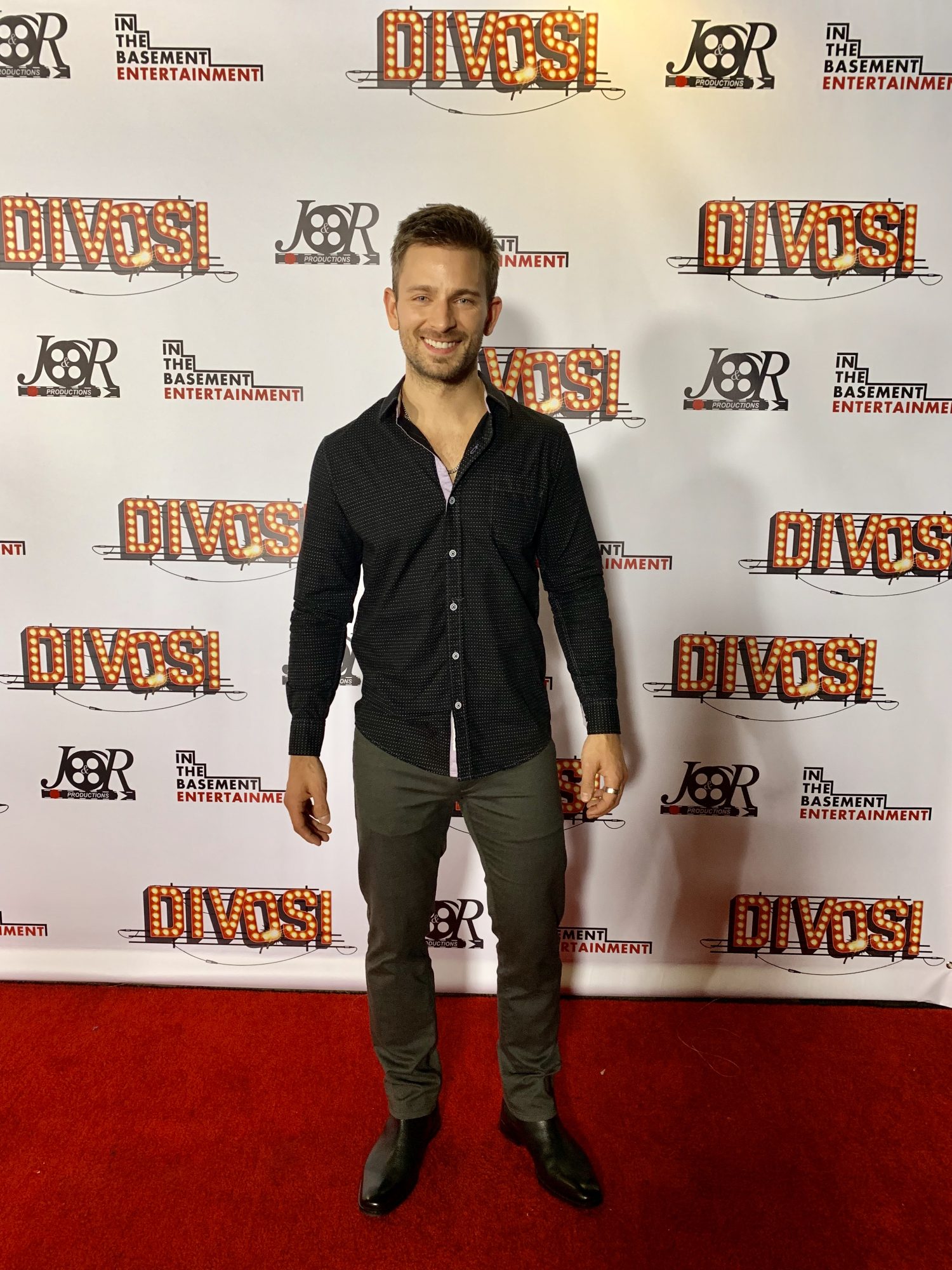