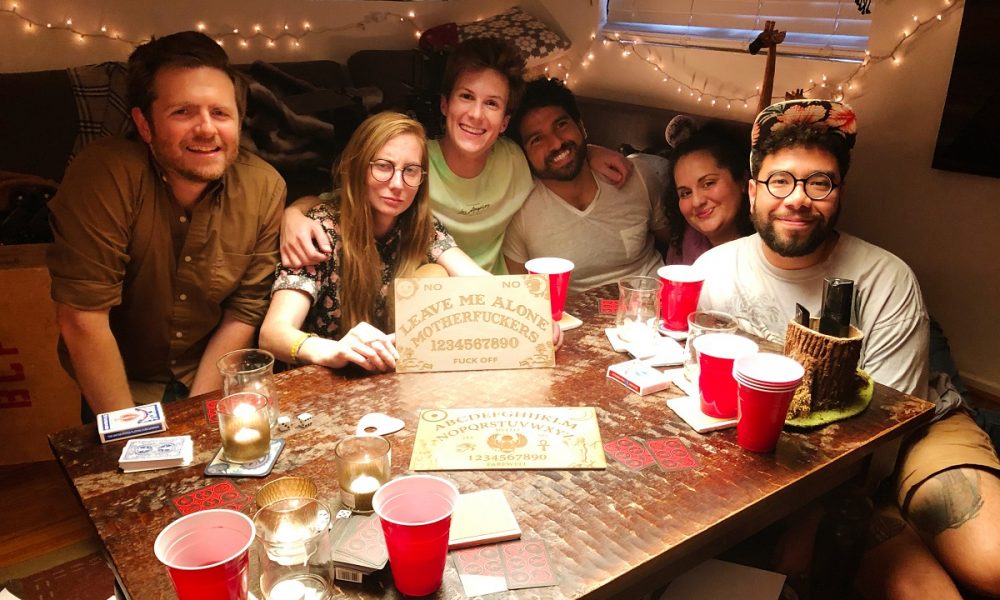 Today we’d like to introduce you to Derek Mari.

Thanks for sharing your story with us Derek. So, let’s start at the beginning and we can move on from there.
I’m from Modesto, CA, a small city in the central valley where my desperation for escapism was manifested in creating “movies” with my older brother. With our first video camera, we’d recreate episodes of “Drake and Josh” and other movies/TV that we loved, like Mel Brooks’ “Young Frankenstein,” for some reason… For the next 12 years of living in Modesto, I made hundreds of short films, music videos, stop-motion animation, sketch comedy, horror parodies chock-full of prosthetic wounds that concerned my extended family and even did some freelance directing work for local businesses. Despite some brief segues into other interests (for a minute I thought I wanted to be a professional magician), I knew that I wanted to be a director. In fact, in elementary school there was a “dress as your career” type of day. I wore a graphic tee and cargo shorts. That’s how directors dress, right??

Immediately after high school, I was lucky enough to be able to attend film school at California State University, Northridge. I learned so much from their department and never stopped being hungry for any opportunity to be on set. Every weekend, I would volunteer to work as a PA or a Grip on student films at the American Film Institute where I was gaining hands-on experience and watching people I considered geniuses hone their craft. I accepted internships at production companies and eventually earned an assistant job in my senior year of college. That was a tough year living in the valley and driving 1-2 hours to Hollywood every morning for work, and then driving back to the valley for my night classes from 8-11pm. Yet, I all I wanted to do was soak up everything that was happening around me.

Growing up, J.J. Abrams was an idol to me. I looked up to him and followed his career. One of my first months in LA, I sent a cold email with my resumé to Bad Robot’s HR department asking for an internship. That resumé probably only listed my experience working at a movie theatre in Modesto, but it was a dream of mine to work for them. Almost four years later, after graduating from film school, that dream came true. From connections I made at AFI and production companies I had worked at, I was able to formally apply for an internship position at Bad Robot with actual experience this time, and I started working for them within a matter of months. Since working at Bad Robot, my life has changed immensely. I’ve had the pleasure of working with the kindest people in this crazy industry and continue to feel like a part of the family since leaving to work on season 3 of Westworld as a Writers PA. It’s a wonderful feeling to find a home in an industry that can sometimes feel so cut-throat, and I am incredibly grateful for that experience.

Throughout all of the above, I still continue to write/direct/produce independent projects and pursue the things that bring me creative joy. My work can be found on www.vimeo.com/directorderek for those that are interested. My portfolio includes sketch comedy (“I Think My Sleep Paralysis Demon Is A Casting Director,” “When Destiny Calls (An Uber)”, short narratives (“Crohnie,” “Beauty”), and music videos for my brother’s amazingly talented band, “Year of the Brother.” Seriously, if there’s anything I want to promote here, it’s them. Look them up on Spotify.

To date, the project that I am most proud of is my short film called “Crohnie.” The film will soon be available to view publicly online after a year-long festival run where it won several awards, including the Audience Award at NFFTY in Seattle, WA. The semi-autobiographical film centers around a young man with Crohn’s Disease as he receives the news of his parents’ divorce while trying out the family’s brand new backyard swimming pool. The film stars myself, Matt Besser (co-founder of the Upright Citizens Brigade Theatre, “Parks and Recreation,” “Comedy Bang! Bang!”), and Pam Murphy (UCB-alum, “Crazy Ex-Girlfriend,” “Adamn Ruins Everything” and all-around wonderful person).

The dark comedy comes from a feature-length script that I wrote after a stint in the hospital for a severe flare up of Crohn’s disease. I’ve spent an insane amount of time talking and learning about the mysterious condition and studying the mind-body connection, such as how anxiety/stress/depression may stir up a gastrointestinal flare. Taking my story and putting it into a screenplay that made fun of my situation was the most cathartic experience for me. I wrote the film that I wished existed, and I hope to one day have the opportunity to make it a reality for an audience that may feel unrecognized or unrepresented. Though it features a character with a crummy tummy, I promise it’s low on the “bathroom humor” scale.

We’re always bombarded by how great it is to pursue your passion, etc – but we’ve spoken with enough people to know that it’s not always easy. Overall, would you say things have been easy for you?
Every day is a struggle in any artistic endeavor with unreliable hours and opportunities. I am happy to have worked my ass off throughout the past five years in LA so that I could develop a career that I love. Entertainment work ebbs and flows: sometimes I am incredibly busy working 70+ hours in a work week, other times I am very unemployed and waiting for the next thing. Like now! Yay! But, by nurturing my mental health (therapy is the best) and by reaching out to others when I need help, I’ve been able to find comfort that everything will work out the way it’s supposed to.

We’d love to hear more about your work and what you are currently focused on. What else should we know?
I’m currently pursuing the freelance world to direct content for a few different clients with the hope that I can build relationships with others over time. I perform improv and write/perform sketch comedy at the Upright Citizens Brigade theatre where I continue to develop a love for collaboration and an admiration for the creative minds I surround myself with. When I approach directing, I aspire to be open and receptive to everyone’s ideas. I like to encourage improvisation from the talent if time permits because I value everyone’s input and, nine times out of ten, we end up using something that was improvised. I’m always seeking out different acting courses and training programs for myself to grow as a director because I think it’s extremely important to understand what it’s like to be on the other side of the camera. It’s important to me to treat everyone on my team of cast & crew as peers. We’re all making this thing together and it’s a collaborative vision. Also, I make great playlists for wrap-out. Hire me for that if nothing else.

What were you like growing up?
Weird. Quiet and reserved for the first, I dunno, ten years of my life? I was very introspective and observant of the world around me. I watched the behind-the-scenes featurette of Michael Jackson’s “Thriller” music video on VHS tape until it wore out. I also was obsessed with ET. Finally, I realized I could make people laugh with my videos and grew to be very extroverted. I never really had a “crowd,” I was just the kid that made a ton of weird art all the way through high school. I finally felt like I fit in somewhere when I started attending film school. Yet, I sometimes still like to resort to people-watching and ET-watching. It’s a happy place that never goes away. 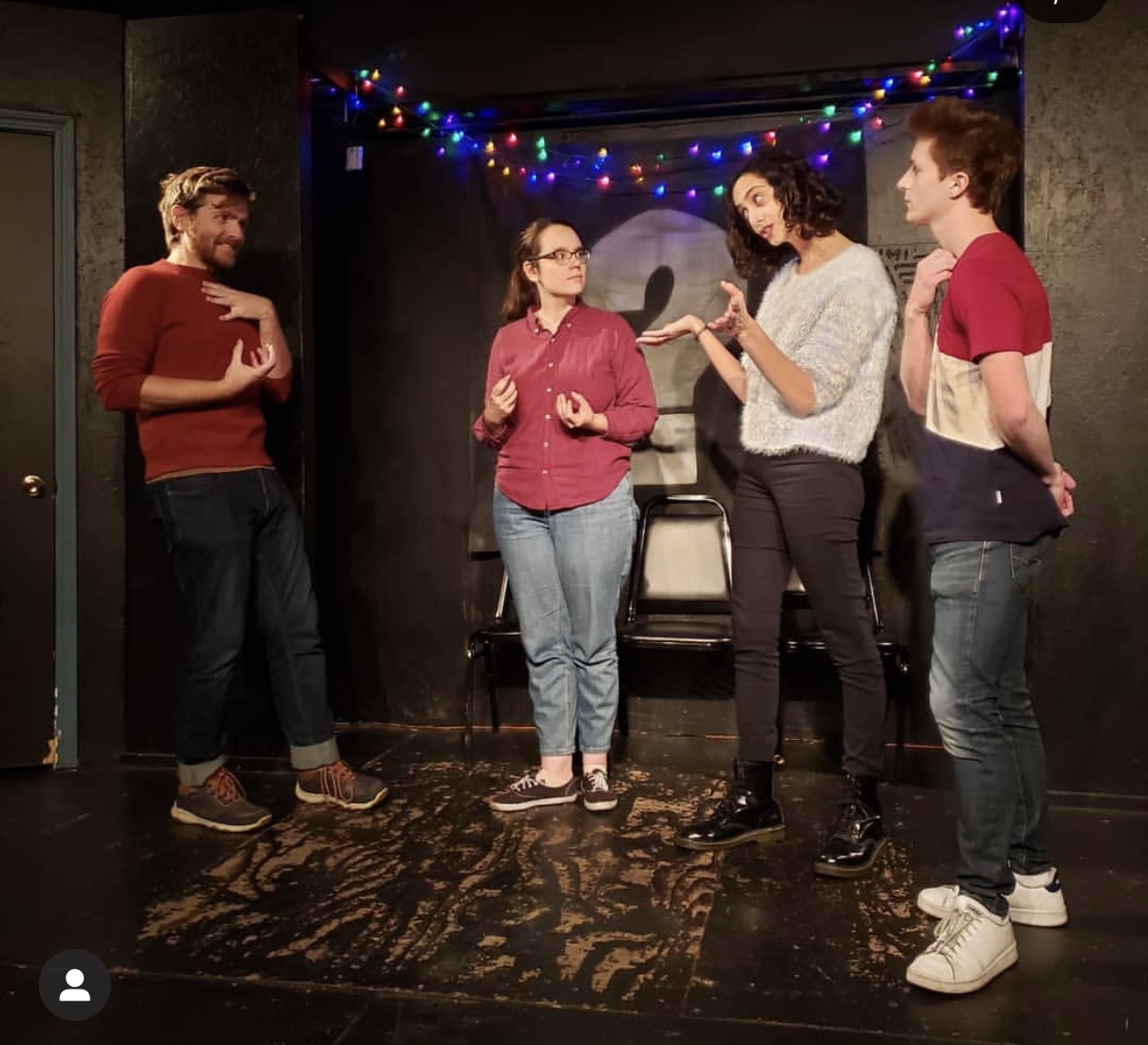 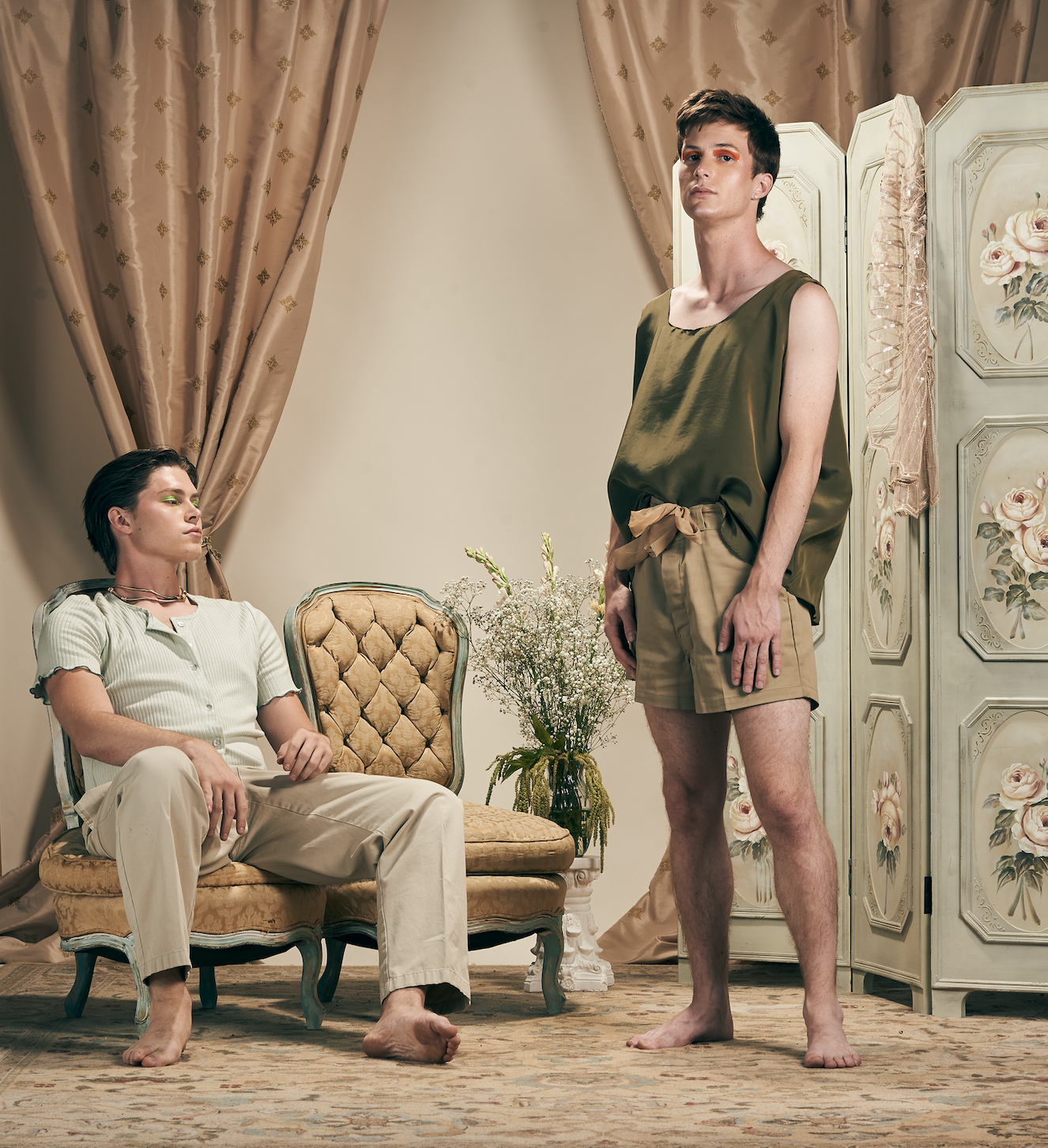 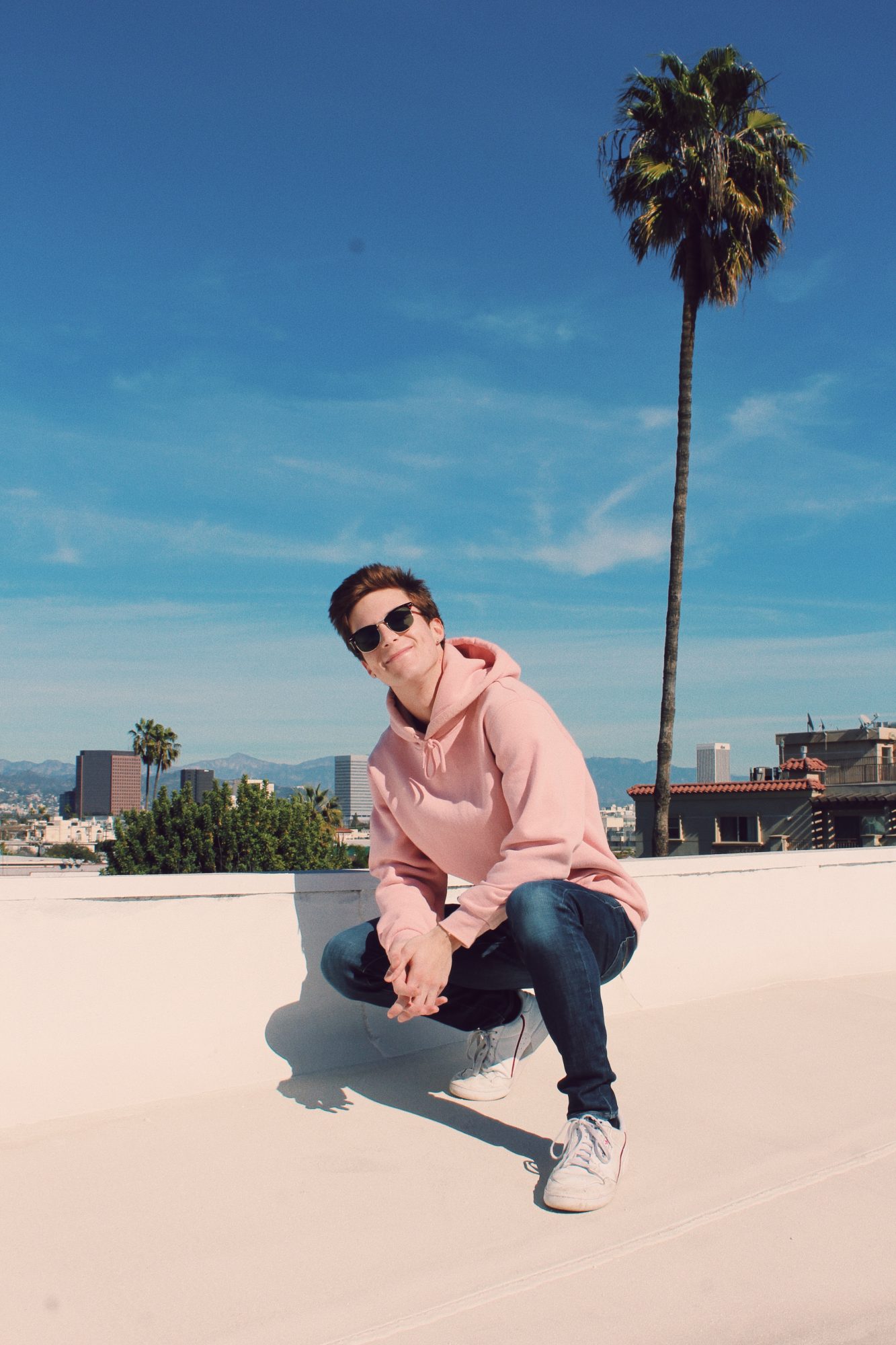 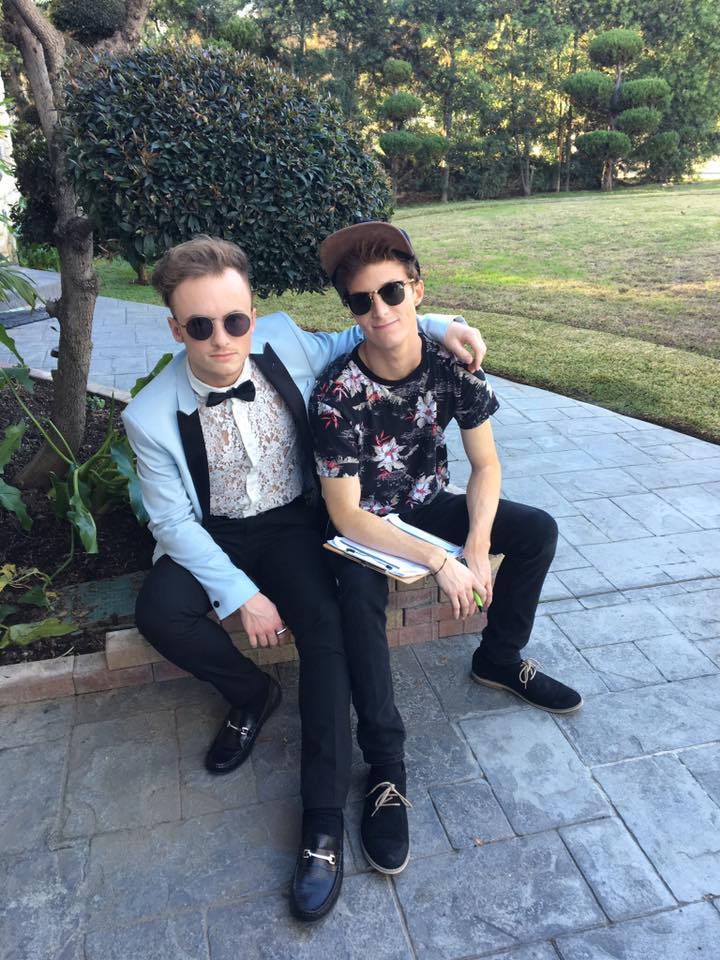 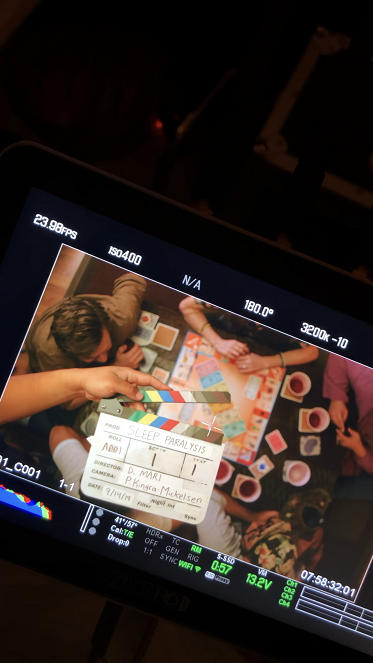