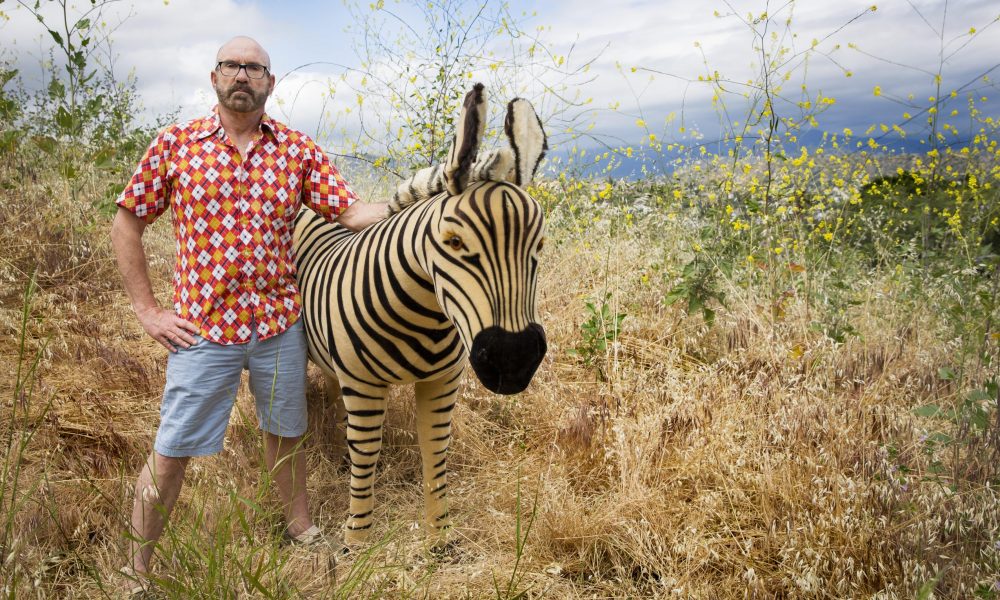 Today we’d like to introduce you to Denis Morella.

Denis, can you briefly walk us through your story – how you started and how you got to where you are today.
I’ve been told that I’ve been drawing since the age of two. I always had a pencil or a crayon in my hand, drawing animals, people, toys, etc. All these things came from my imagination and it wasn’t till I went to art school that I learned drawing from life. Though it was difficult and less fun to draw this way, I found inspiration from the people, animals, and objects around me. I scoured flea markets and thrift stores looking for more inspiration and soon became a serious collector of toys and unusual objects.

After college, I moved my growing collection of oddities from Philadelphia to San Francisco where I had a successful career in animation working on commercials and kid’s TV shows. I really love character design and storytelling, and animation was one great platform to explore those passions. I co-created two popular TV shows, and the second one led me to Los Angeles where it was produced. I had a busy few years working on the show and when it ended I decided to take some time off to focus on thinning out and organizing my collection that had begun to take over my life. There are so many great flea markets and toy shows in the LA area so I decided to take advantage of them by selling at them on a regular basis.

Over the course of time, I started to have the unpleasant but undeniable realization that my collection was getting out of hand, not quite on a hoarder level, but close. It wasn’t the run-of-the-mill stacks of ancient newspapers, containers filled with bodily fluids and a house full of squalling cats. I knew that MY stuff had REAL VALUE. I could resell it IF I wanted to. It was all carefully handpicked at some thrift store or swap meet and thoughtfully curated in the collections in my house, which is more like a museum. There was a time when I would joke that my house was kind of like FAO Schwarz hit by a tornado. But those days are gone, or at least going away slowly. The walls are lined with tall antique display cabinets and apothecaries filled with miniature dioramas telling macabre stories or bell jars stuffed with doll parts in murky water. The Bug Bar is a handmade miniature saloon inhabited by tipsy insects on bar stools. The Ghost Ship is a spooky frigate in a hurricane that’s powered by a tiny fan and flashing strobe light. The prune devil is a mummified doll made out of – you guessed it. These curiosities fill the shelves.

New future “exhibits” are in the works. The Shroud of Lauren is a tile of white chocolate with a decaying photograph of Lauren Bacall. I have a complete collection of prosthetic legs belonging to one owner ranging in size from age 4 to adulthood, with each bearing his name and age on red embossed plastic labels. The legs were accompanied by a box with other fragments of this man’s life.

One of the strangest things I found on a flea market dollar table was a small yellow Kodak slide box with ballpoint handwriting labeled “GRACE AND PAUL FATAL ACCIDENT” I thought “What the hell?” paid them the dollar and walked off. I got home, opened the box and found a few slides from the 60’s. The first one showed Grace and Paul looking all cute in front of their mid-century trailer. Then there’s a slide of a smashed-up car, one of a smashed-up boat and another of a smashed-up trailer. My plan is to make an homage to Grace and Paul in some sort of diorama, nothing gory, but one that celebrates this random slice of someone’s life – and death.

While I still have a passion for animation and continue to develop projects and learn more skills related to that art, I’ve been exploring ways to more keenly mesh my love for collecting and my artwork. Photography has taken me to that place. I began to realize that while my many collections of collections were stored away in boxes as well as locked away behind glass, there was no one to appreciate them. Even I wasn’t getting to see them and enjoy them as much as I’d wanted. I’ve begun cataloging them and at the same time arranging them in ways that I find interesting to photograph. It becomes less about “stuff” and more about the beauty of some random everyday object that’s been cast aside and can now take center stage along with it’s like companions.

Has it been a smooth road?
I’d say my biggest struggle is finding the balance between all the things I want to do. I have a lot of ideas but there’s only so much time in a day. I really need to focus on one thing at a time rather than have my hands in every pot.

At times it has been smooth road. I’ve had some success finding that one shiny trinket in a field of rubbish. And it’s always these finds that keep me hunting to find more. Although one thing that’s been troubling me lately is trying to decide what to keep and what to sell. I have this lofty idea of having an actual museum someday. I want to be sure I don’t get rid of something that would be good to have in the future. Another collector once told that it’s always the items you pass up that begin to haunt you and regret not grabbing at the time. Of course, that’s an extremely slippery road that could lead right down to Hoarderville.

So let’s switch gears a bit and go into the Squirrel Ranch story. Tell us more about the business.
When I’m not immersed in animation projects, I am selling at local flea markets, toy shows and online. I specialize in selling vintage toys, Steiff animals, holiday items, strange artifacts, etc. My stuff is pretty eclectic but there is usually an over-arching theme that runs through it all. The bigger ticket items are the Steiff animals. These are German made stuffed toys that have been produced by the Steiff company since 1880. I have around 700 of these animals, which makes me one of the biggest collectors in the country. Steiff makes thousands of different animals ranging in size from a tiny pompom mouse to a larger than life Bison, around 8 feet long and 6 feet high.

How do you think the industry will change over the next decade?
Like I said earlier, I would like to have a museum/store so I can share my collection and my vision with others. It’s a pretty involved business prospect so it will take some time and energy to pull that off but I think I can do it. As far as the selling goes, the vintage market has taken a big hit since the advent of eBay, making it a worldwide market. To a certain point the market relies somewhat on nostalgia, and that’s diminishing as collector’s age. Currently, the millennials seem to just take pictures instead of wanting to have the actual item. I’m hoping a museum would be the answer to that. They can take all the photos they want and not feel the need to take it home with them. I’ll also continue working in animation and selling my art, whether it be photographs, paintings, dioramas or tiny dogs made from lint. I’ve learned that there’s a market for everything. You just have to find it. 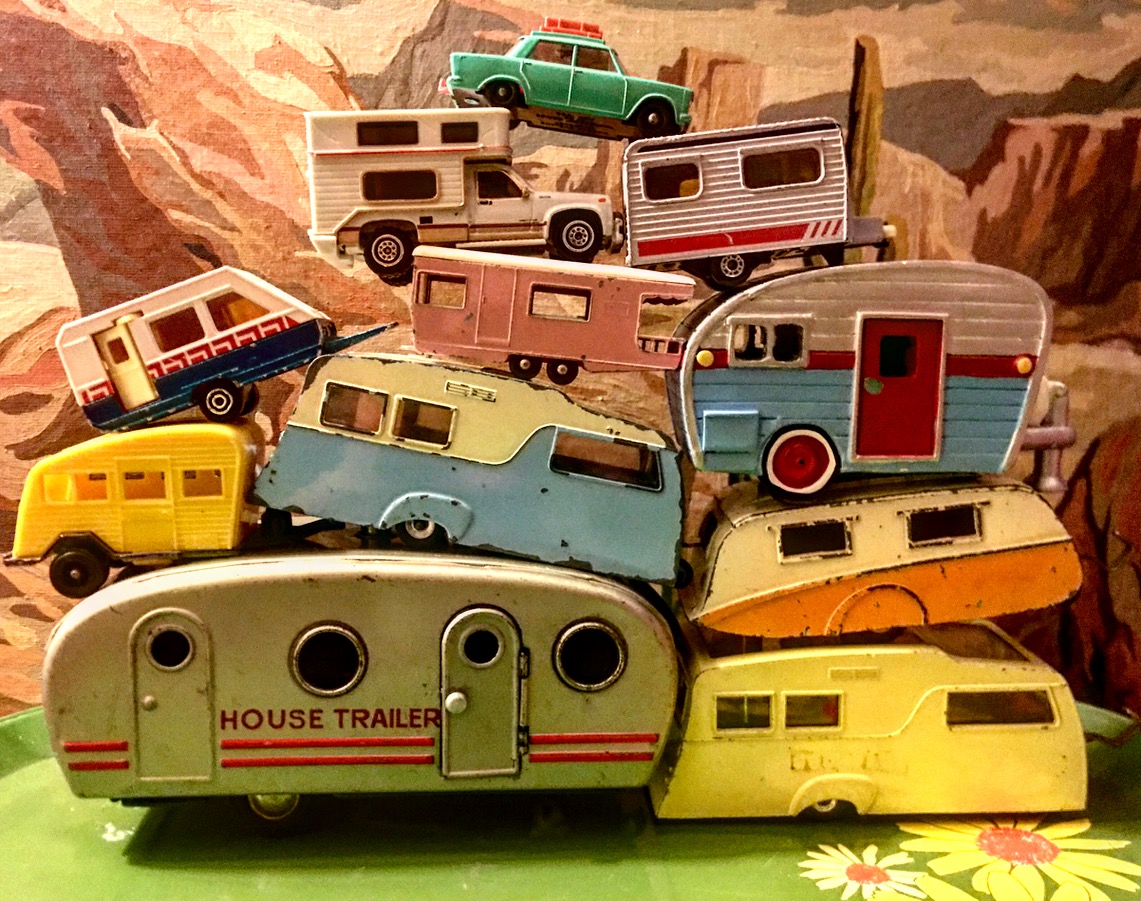 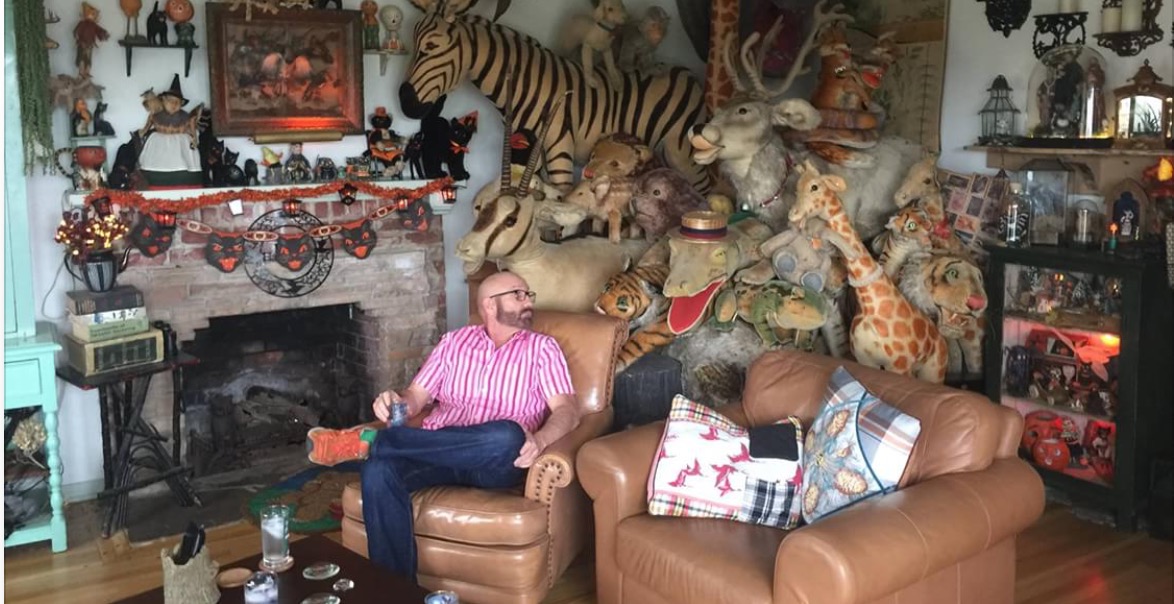 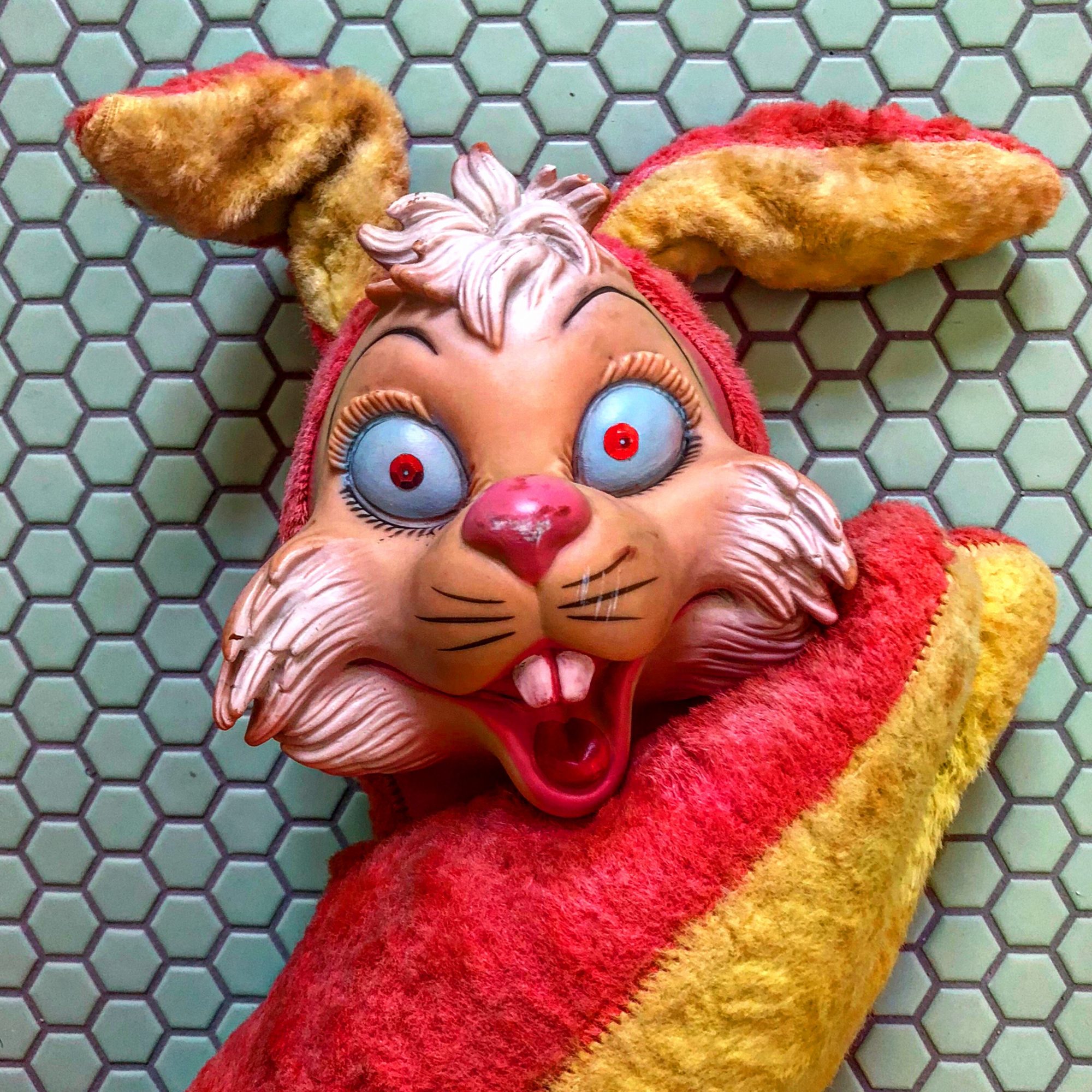 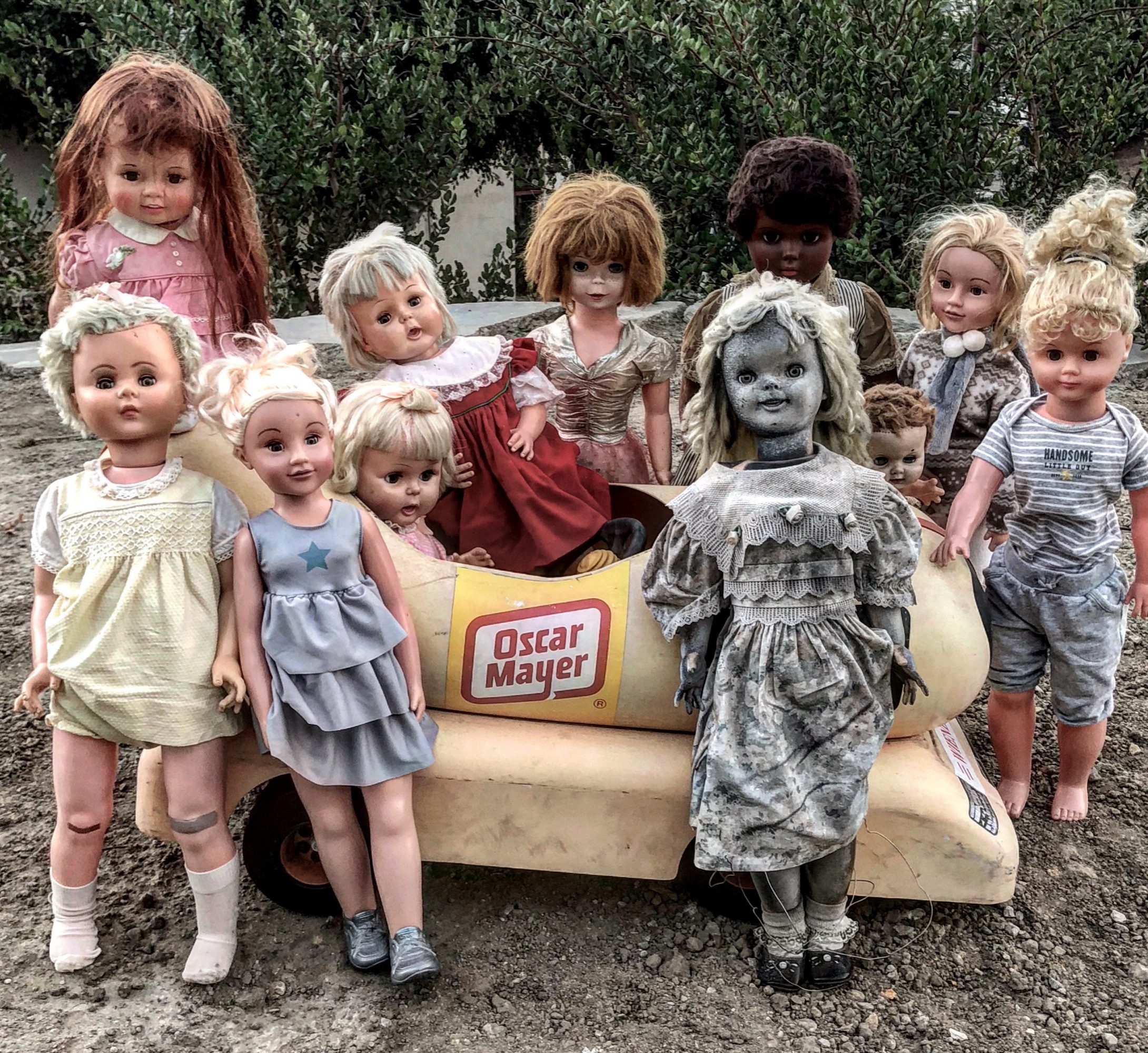 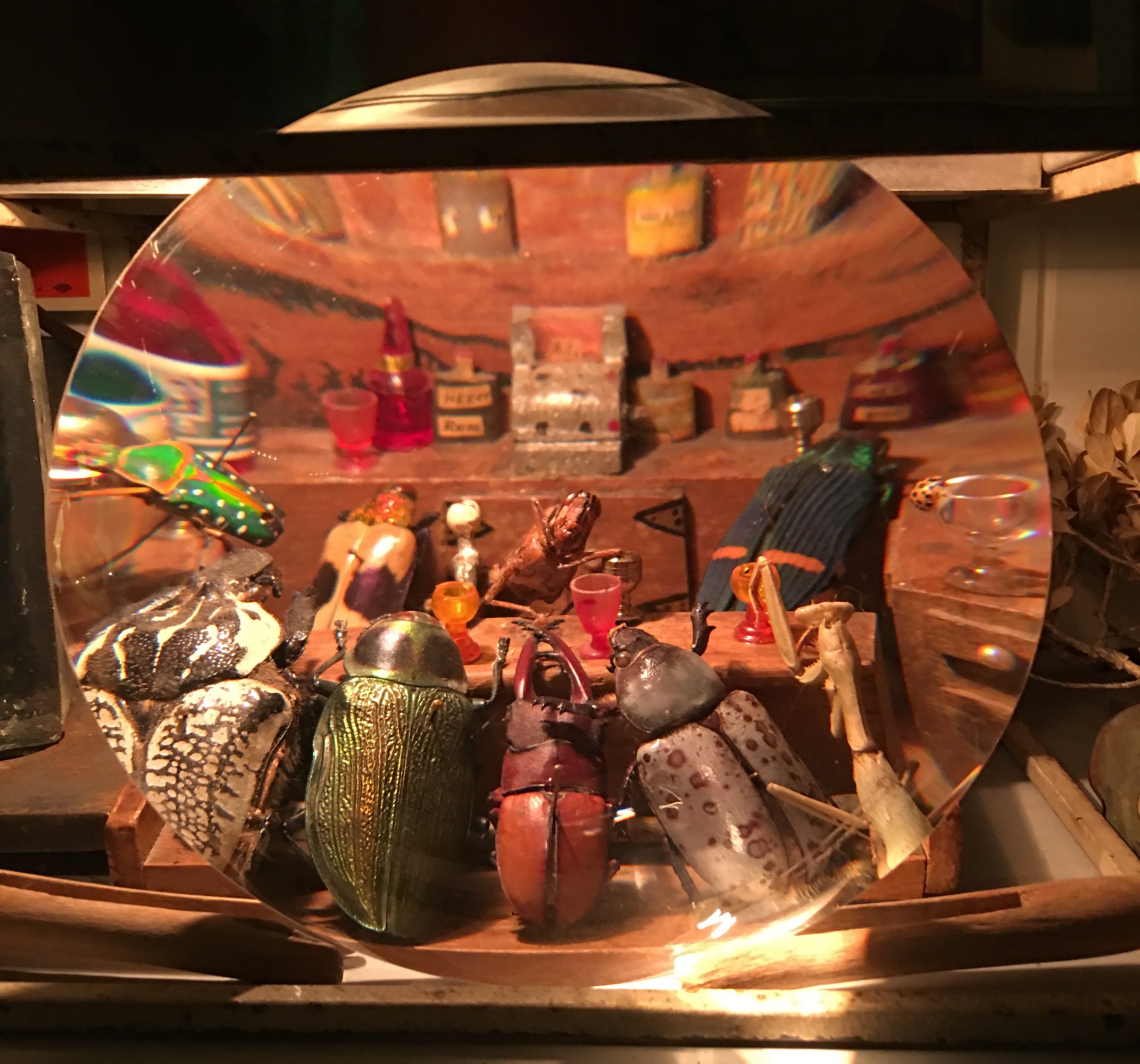 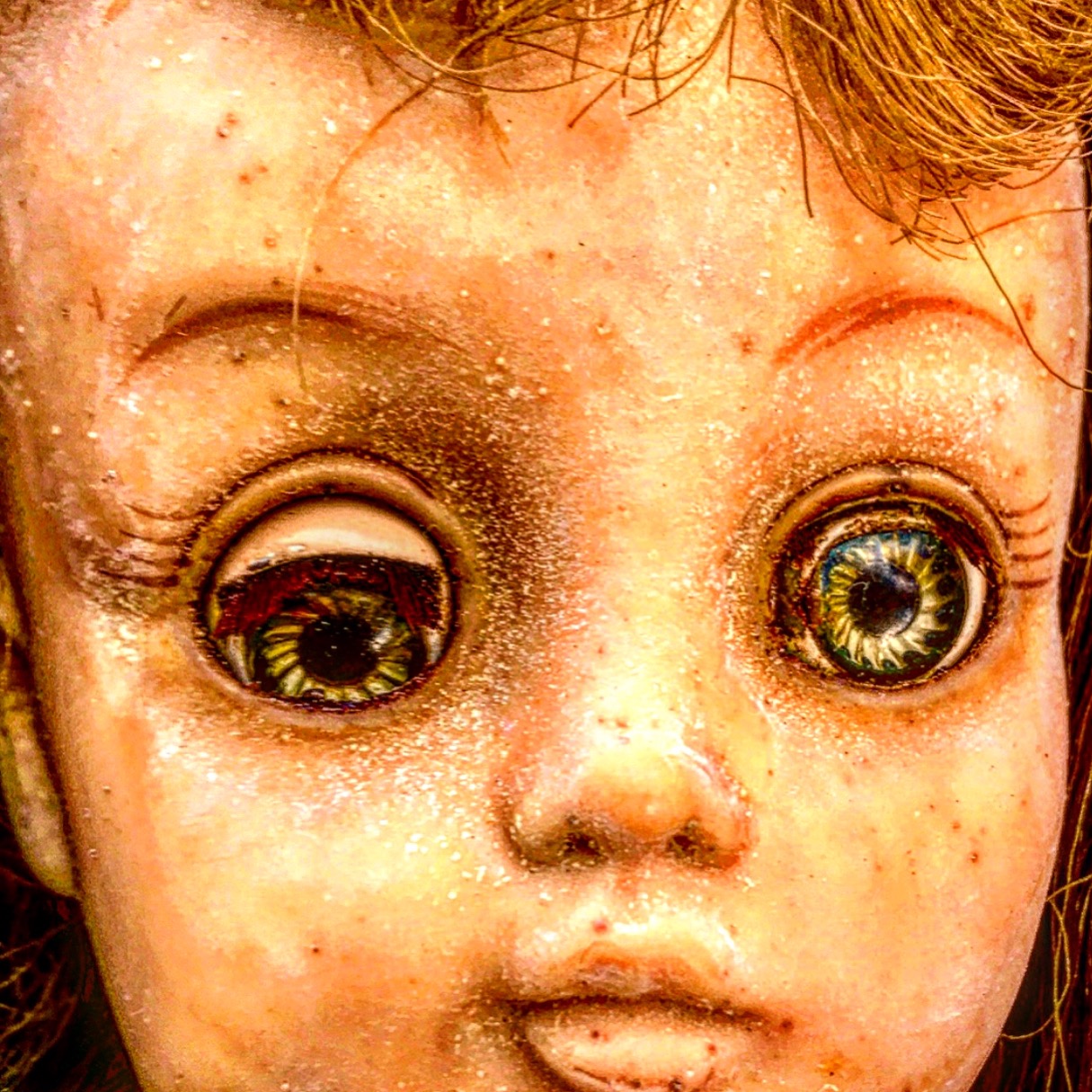 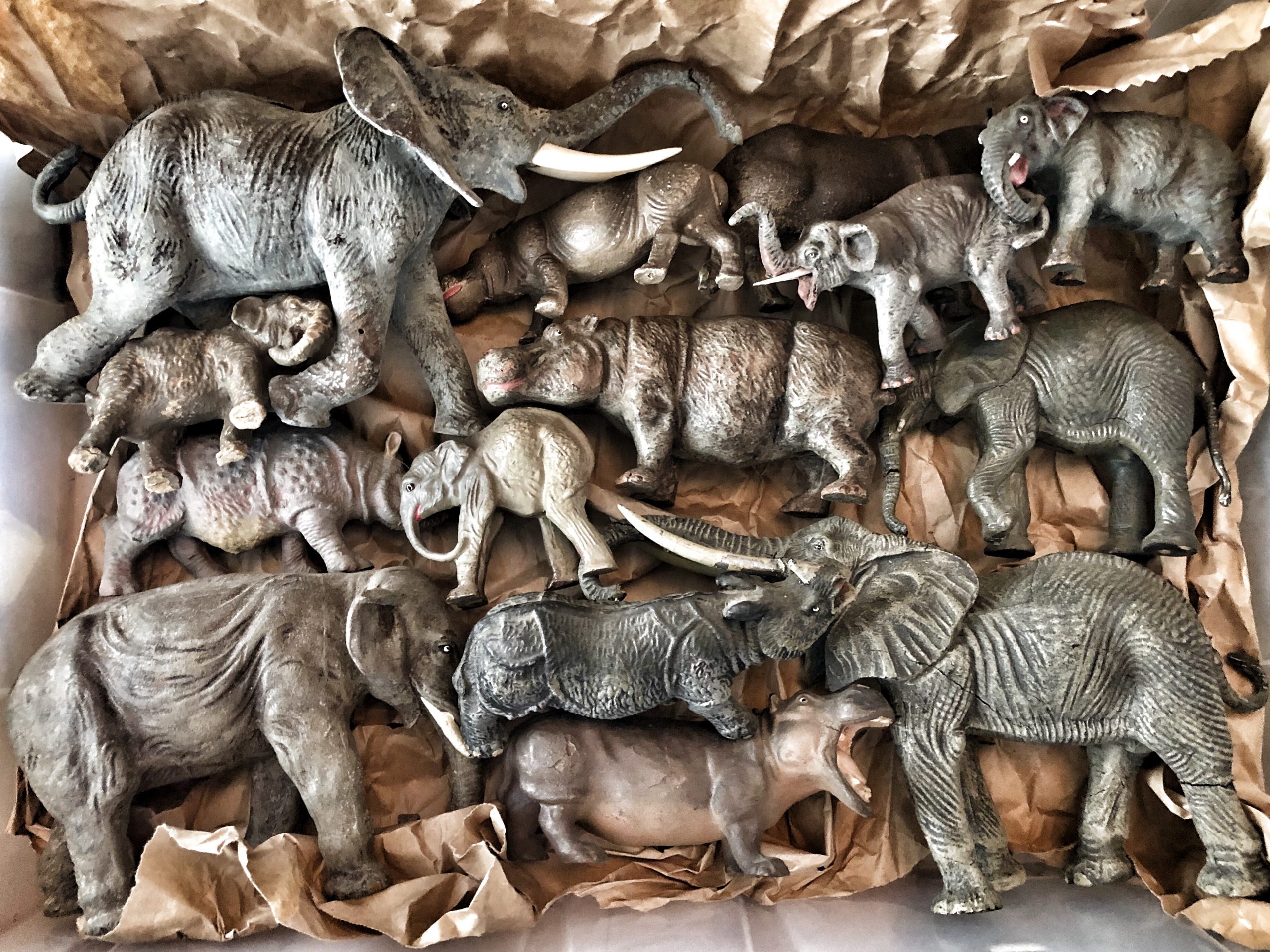 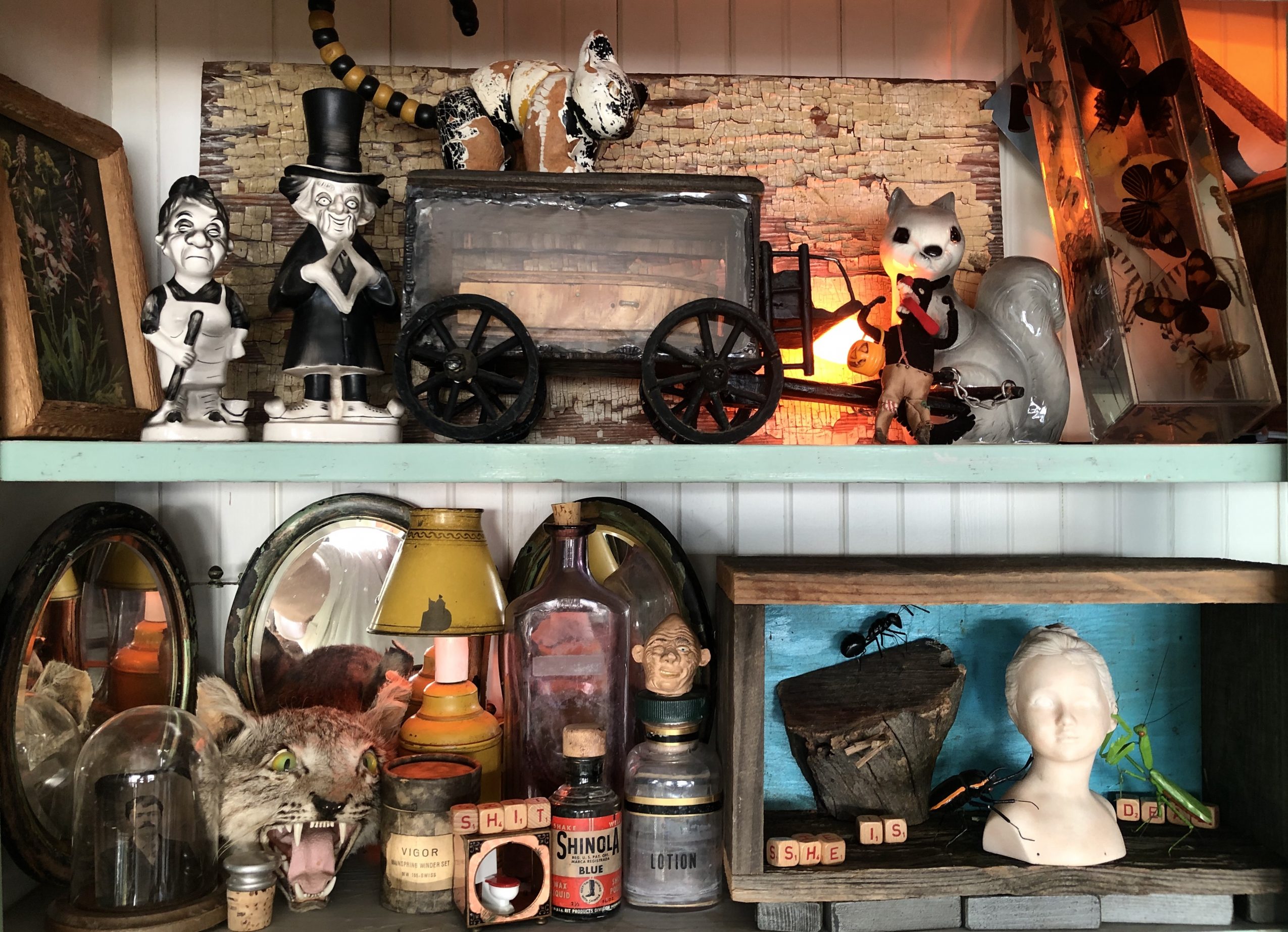 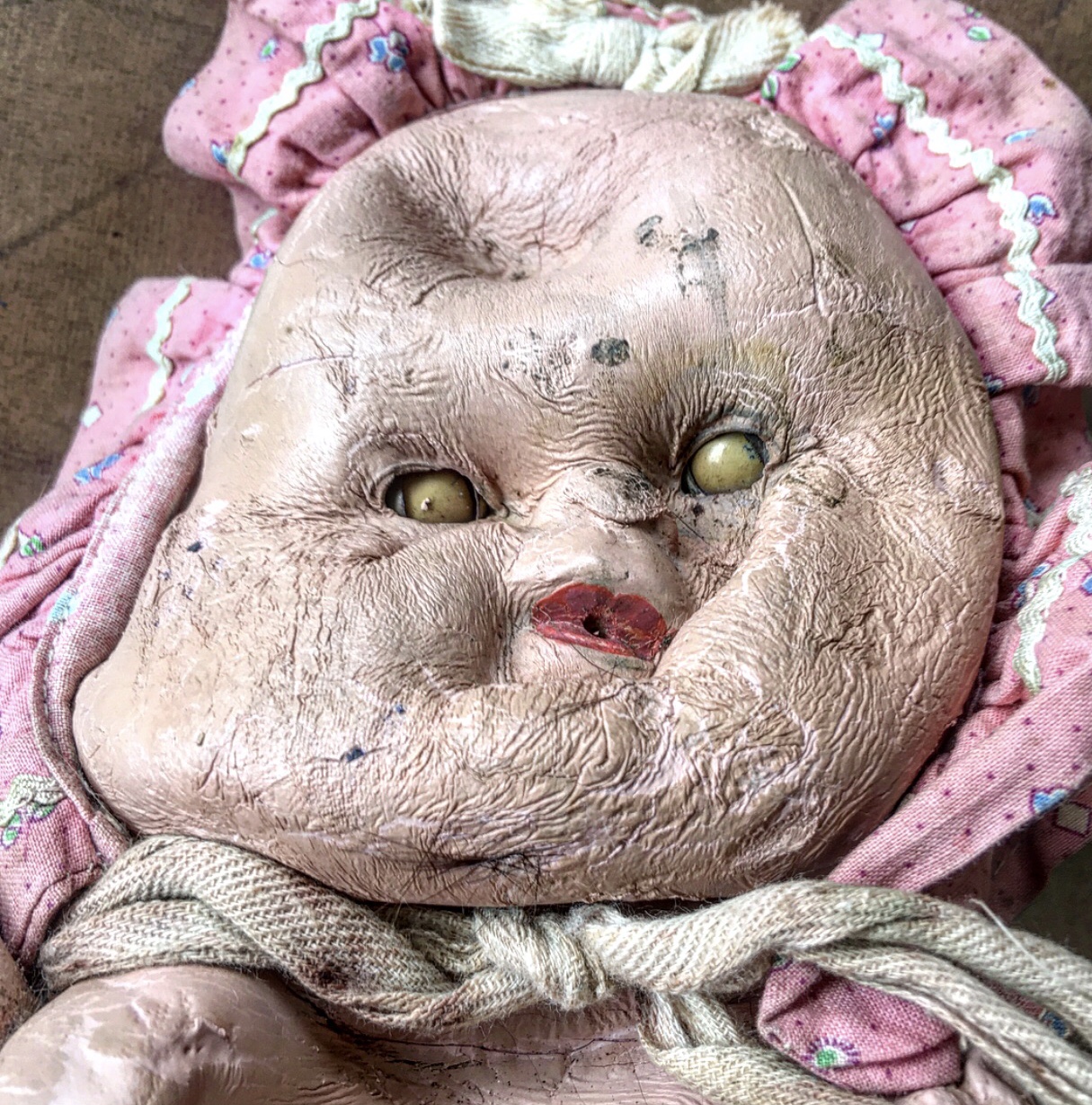 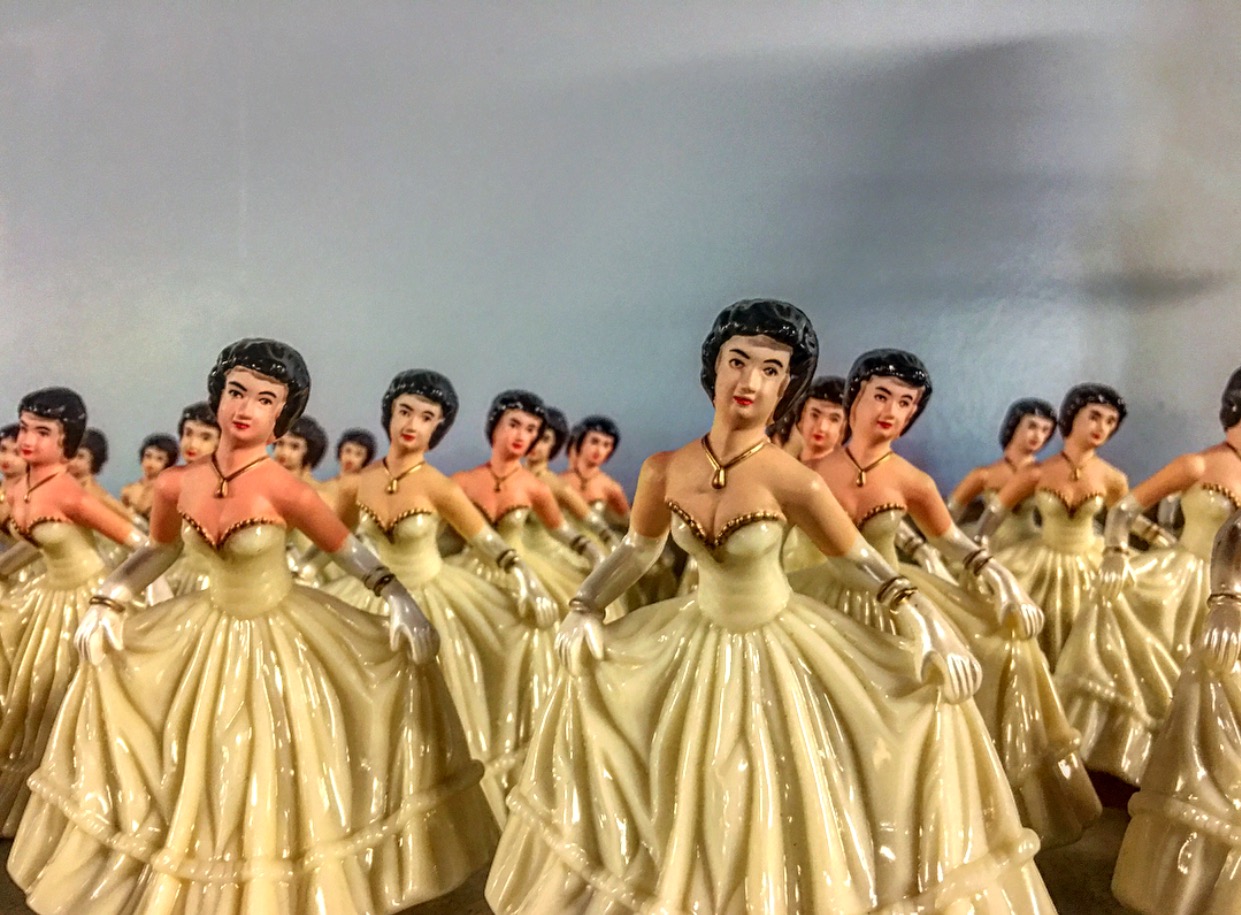 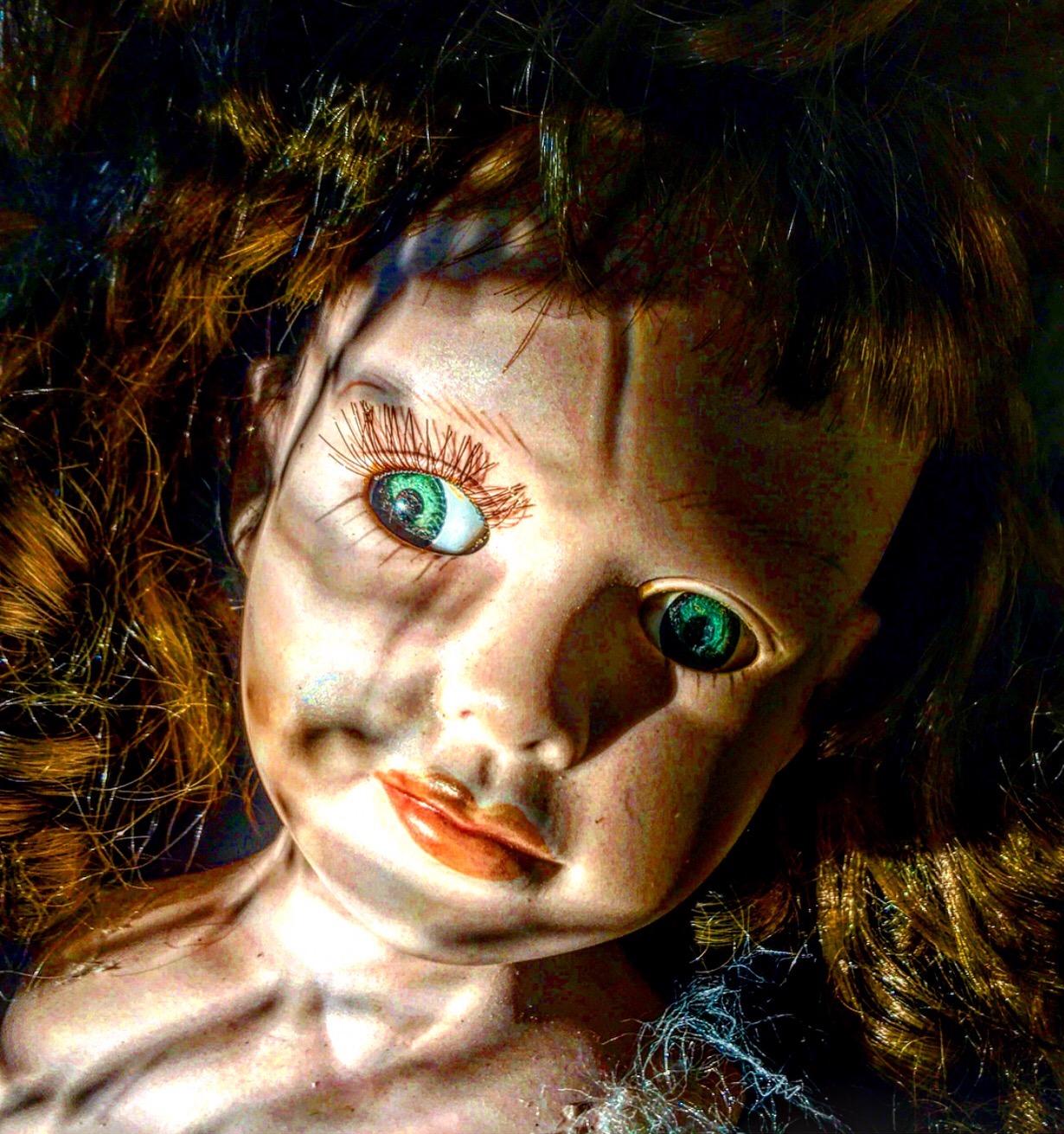 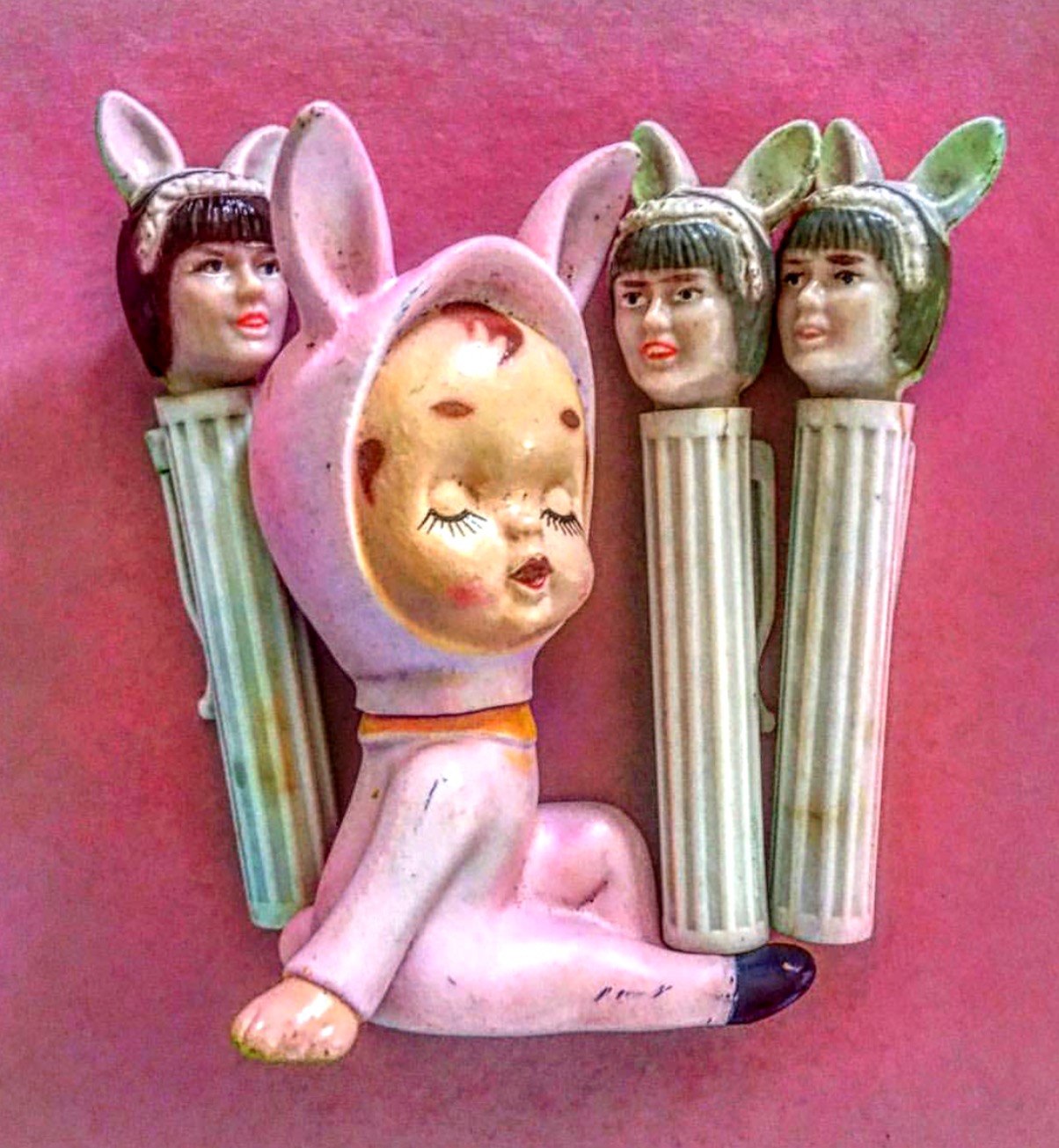